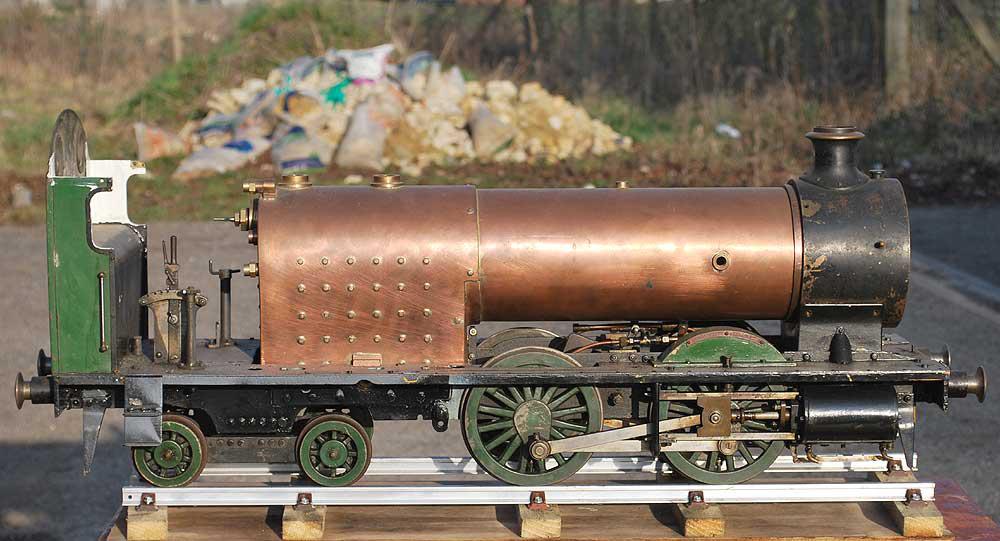 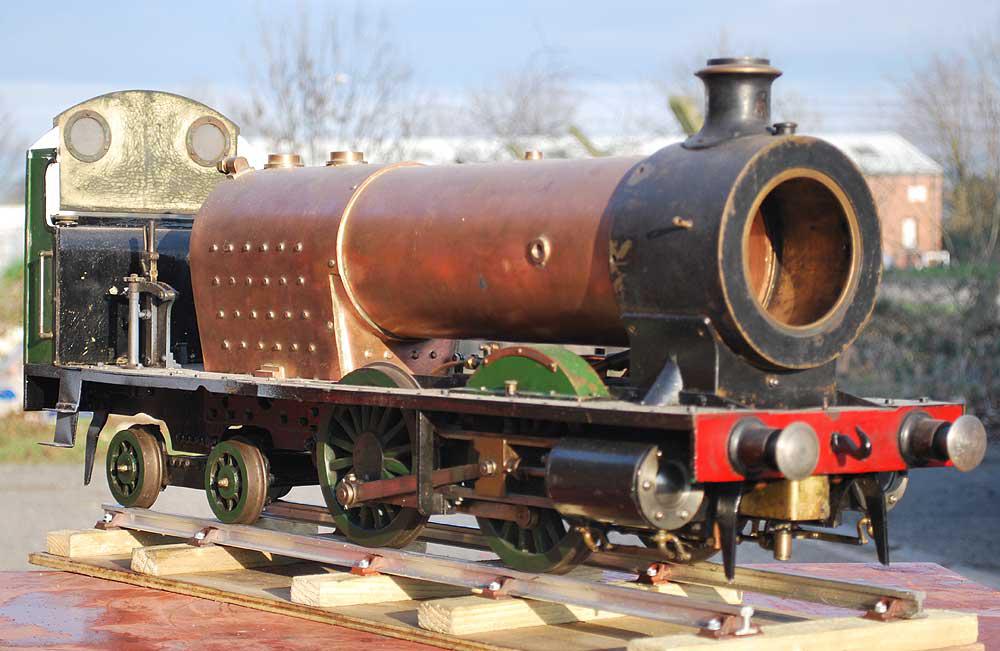 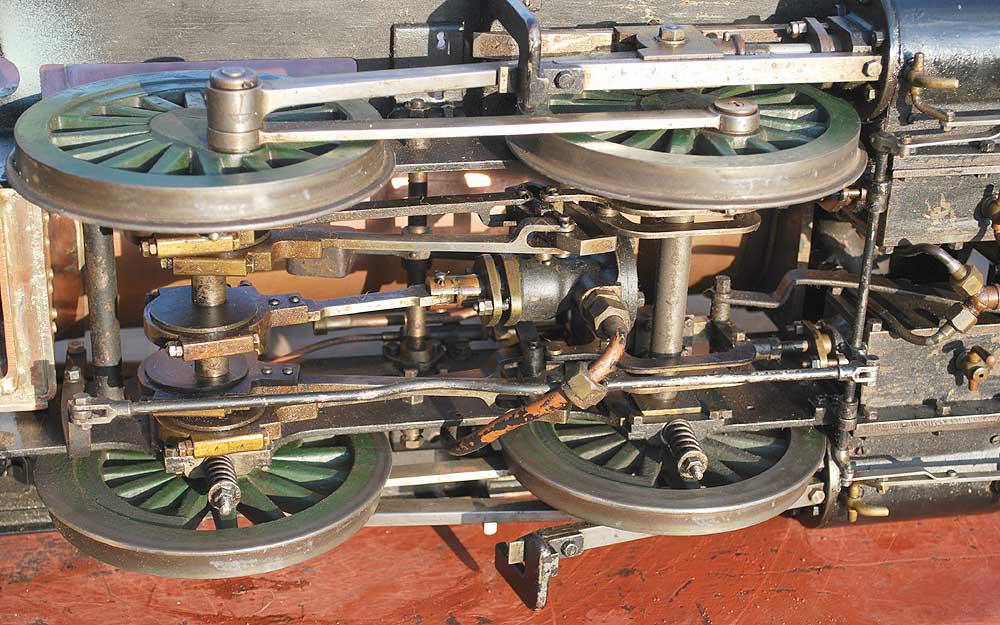 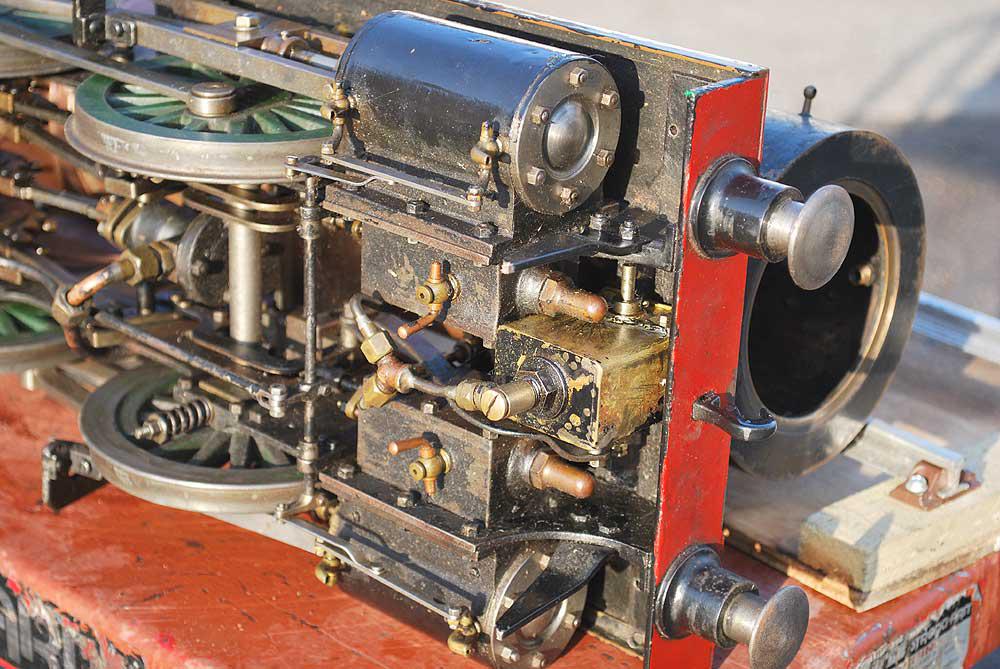 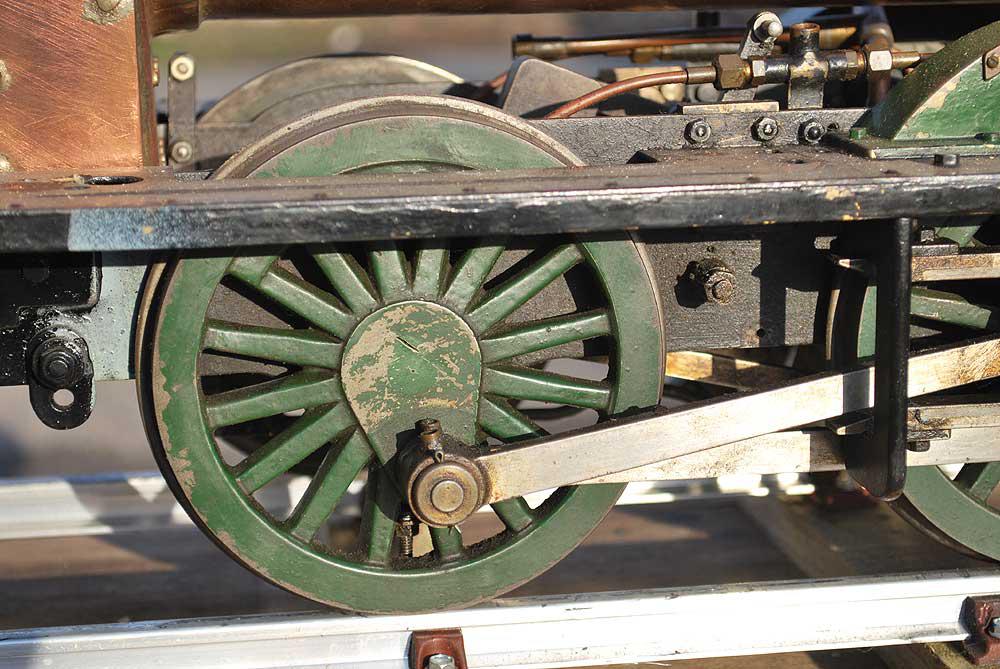 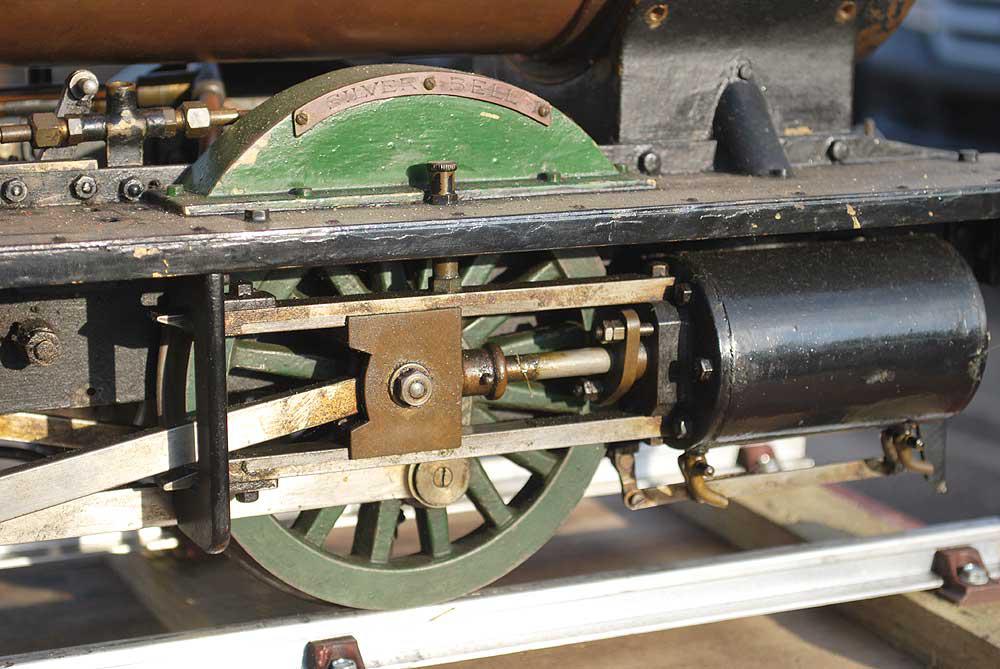 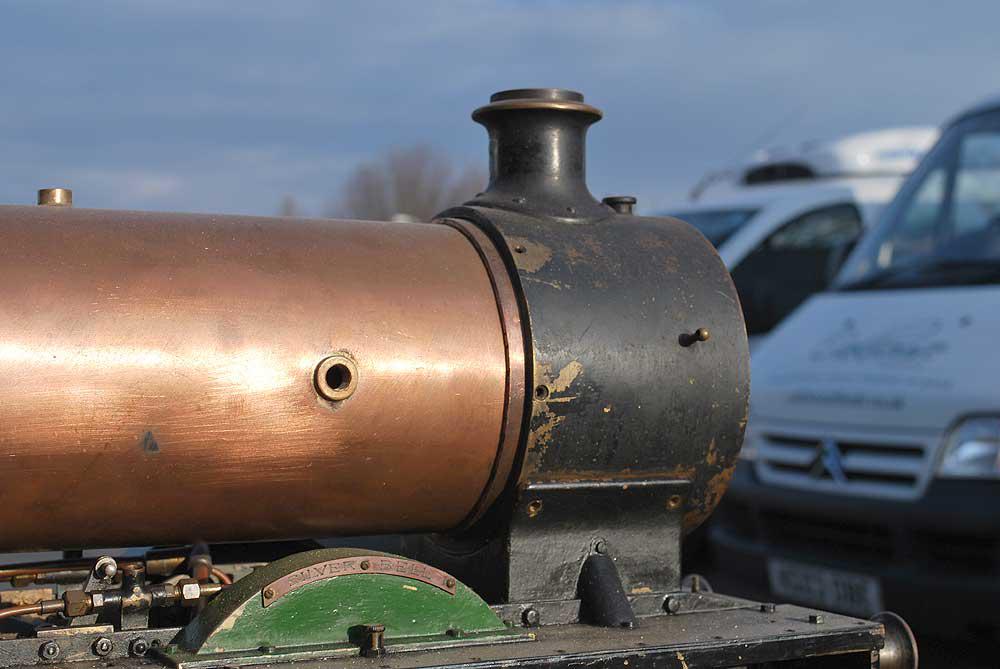 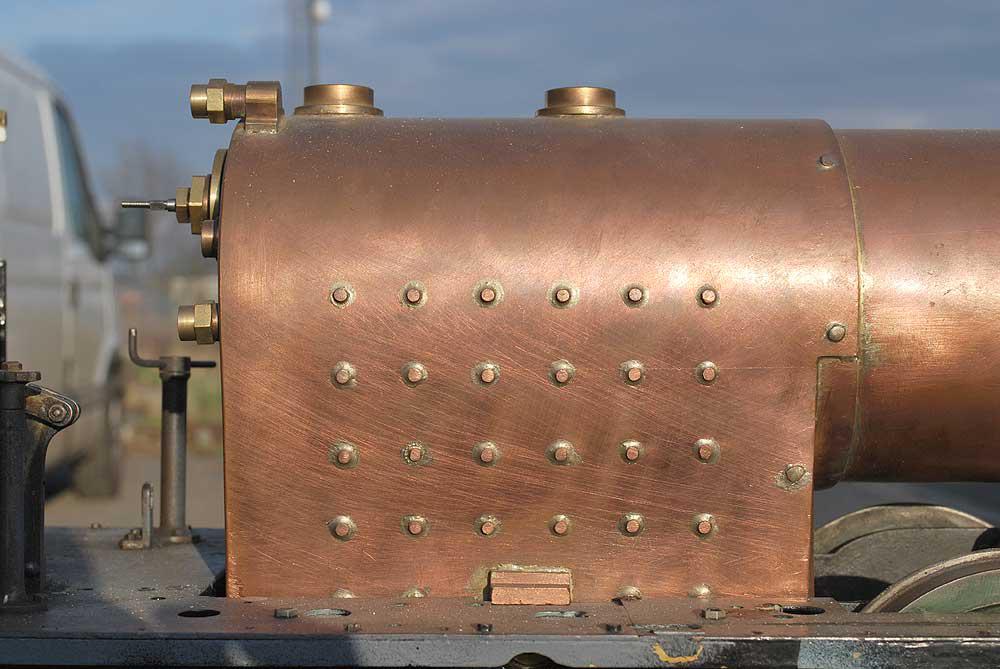 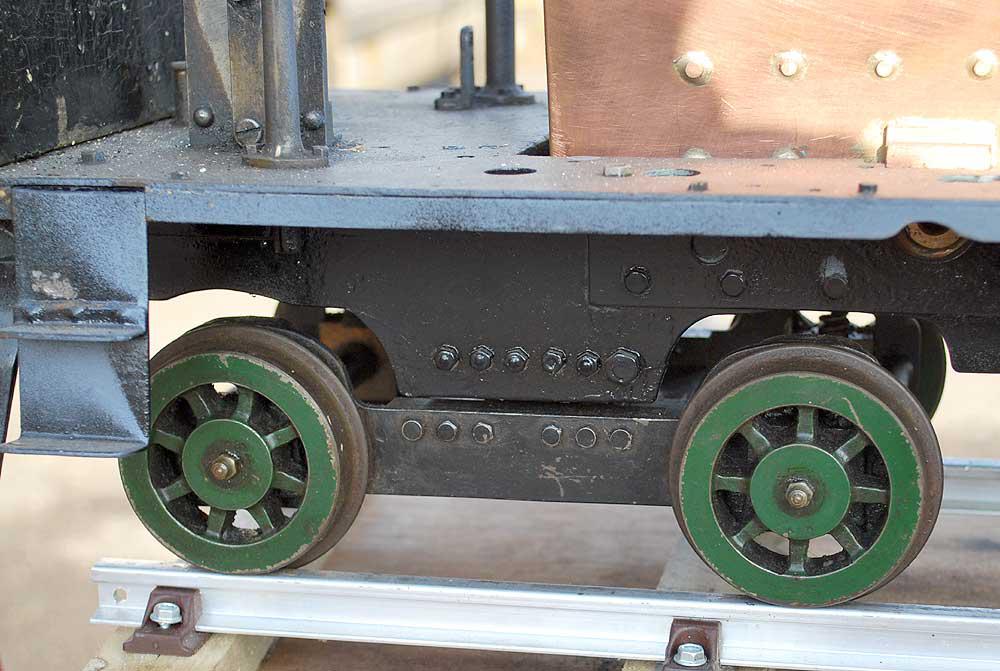 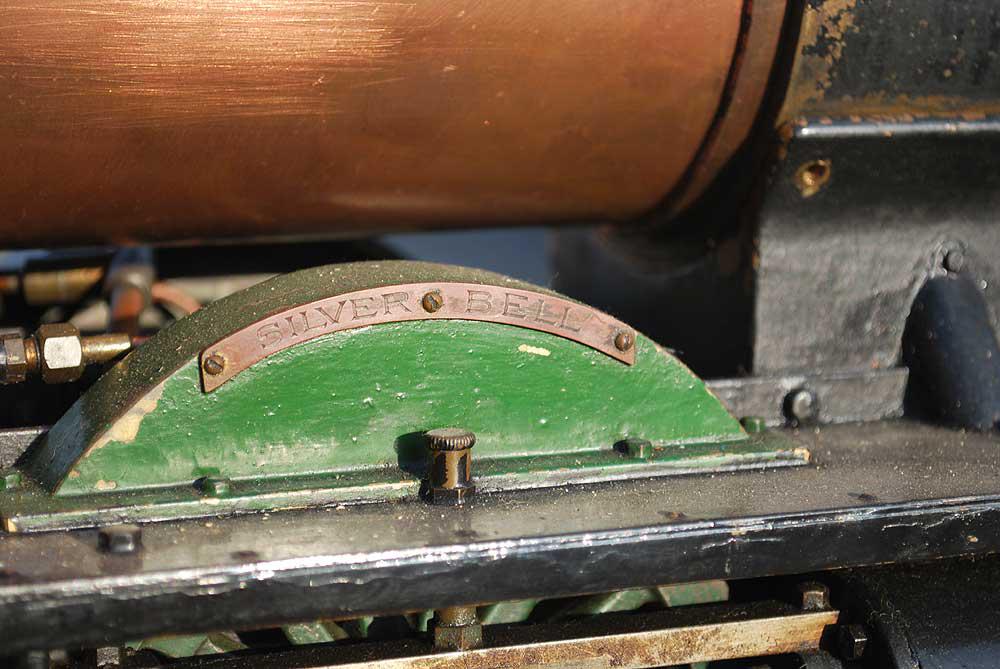 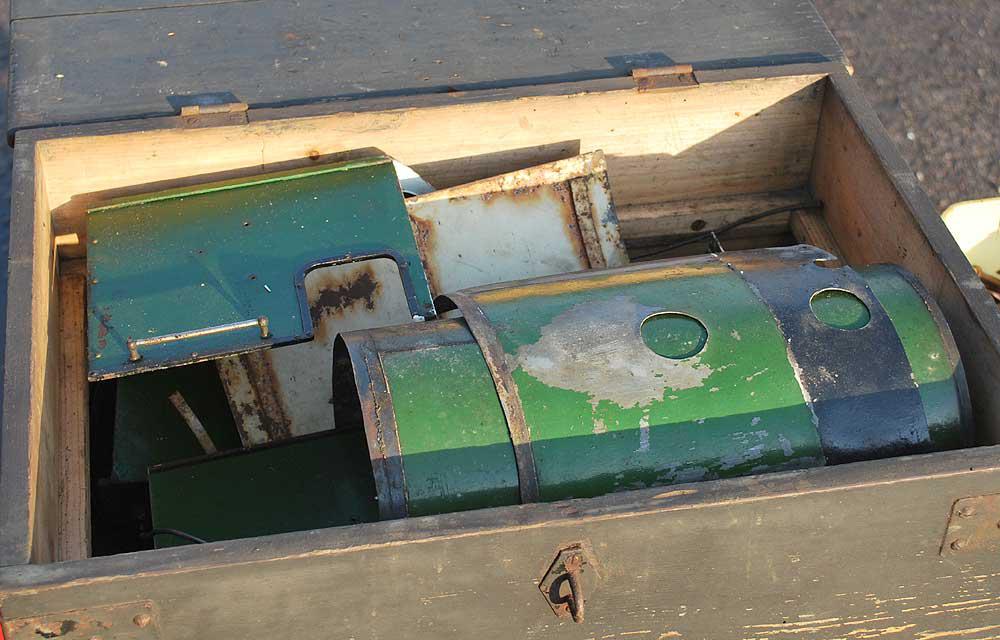 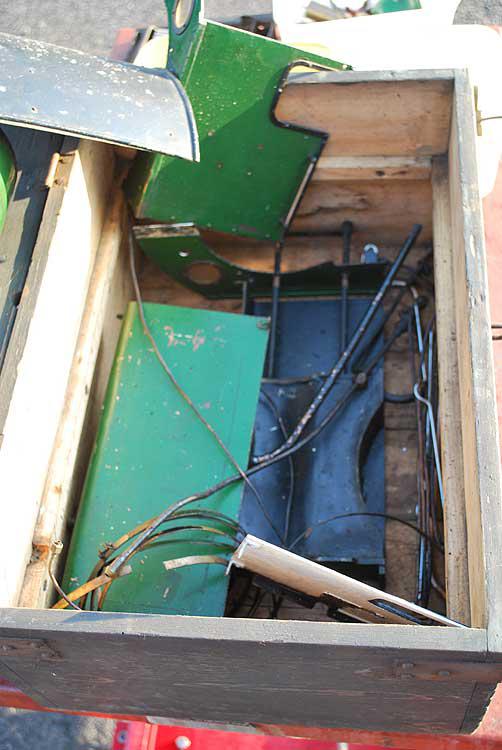 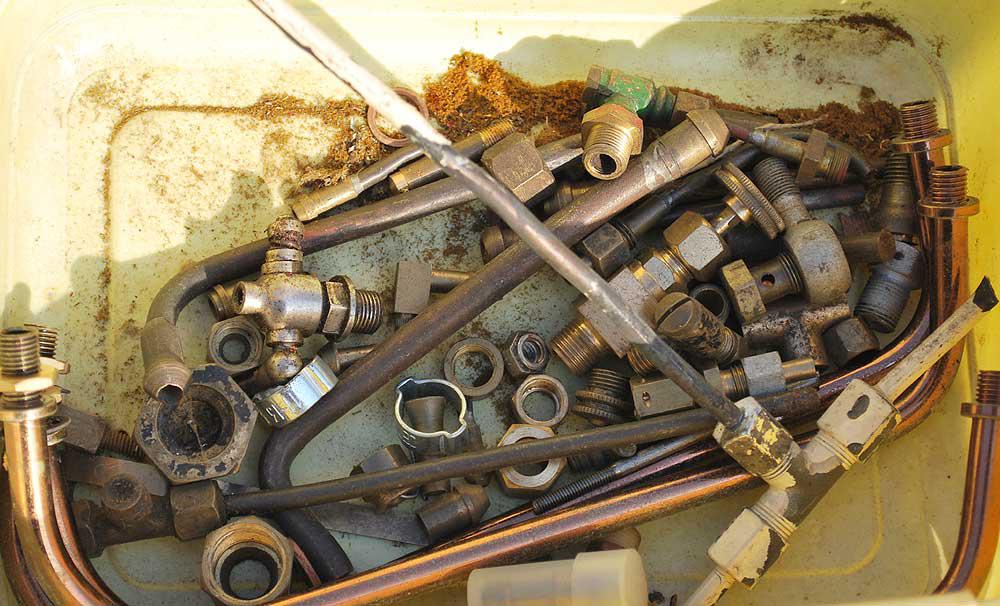 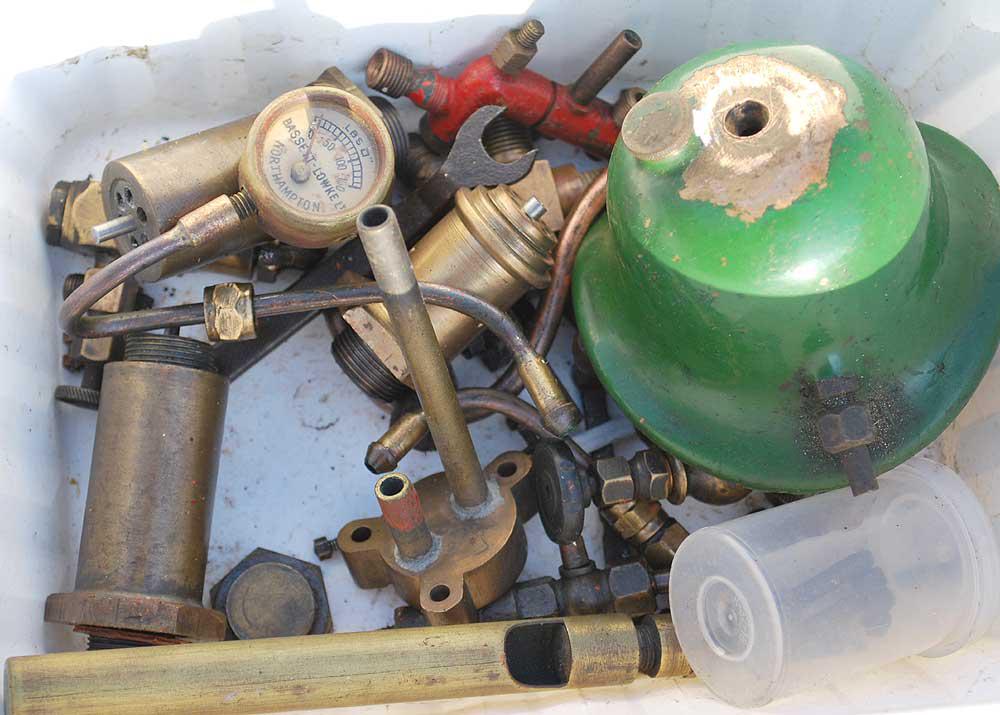 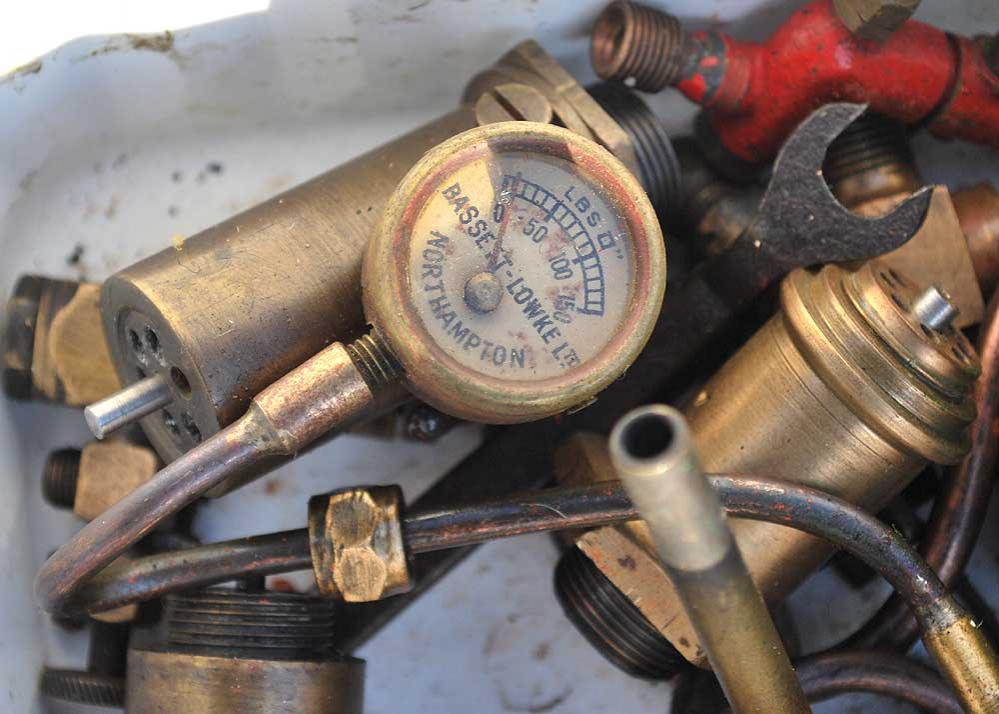 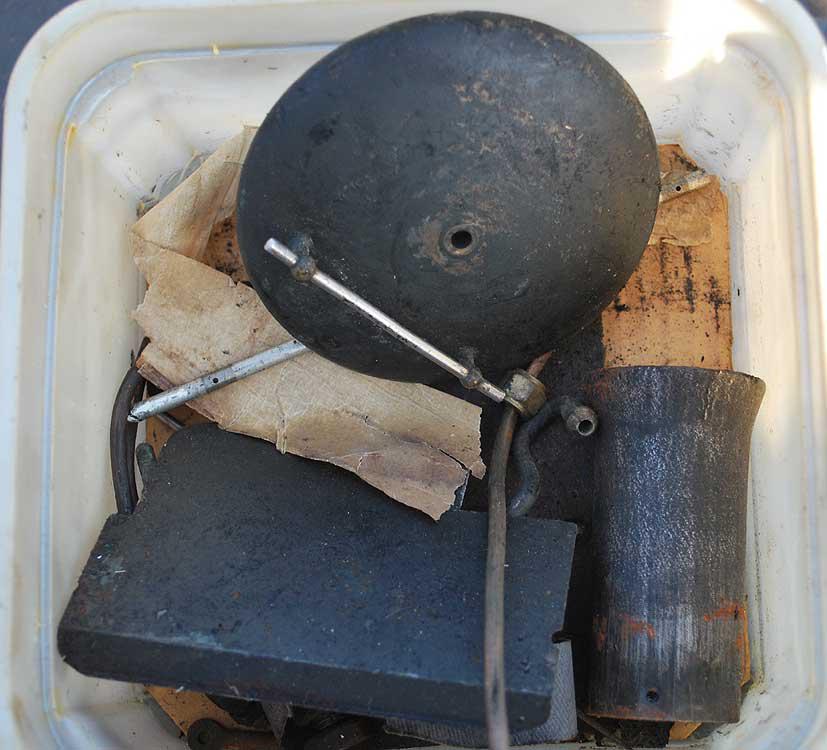 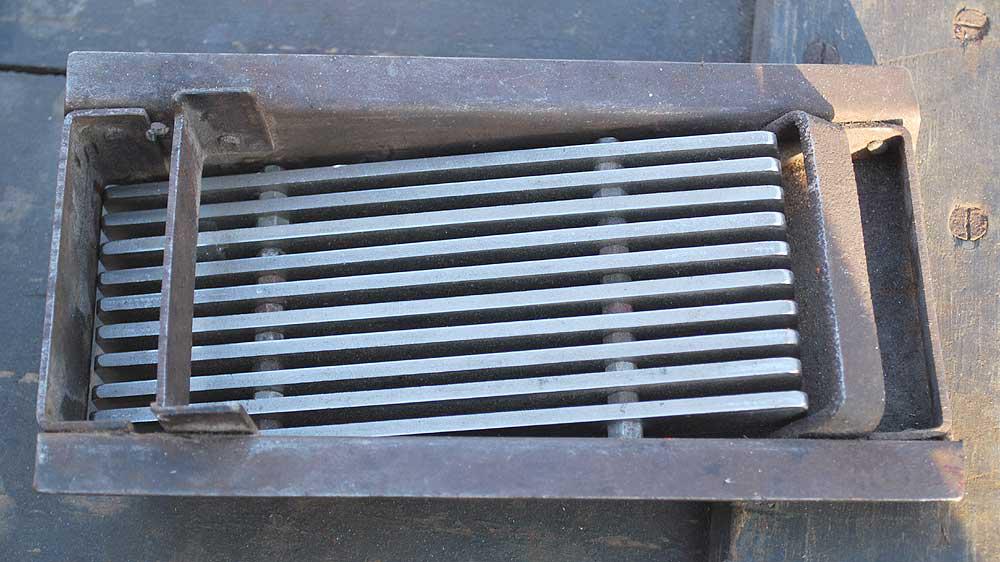 Bit of an enigma this one, I've no idea what it is. A 5 inch gauge 0-4-4 of distinctly pre-war appearance, it has obviously suffered a failed boiler at some time in its past - somebody has stripped it and very carefully drawn up a copy of the original which was then built by Priory Boilers, who made a super job of it.

The rest has got that sort of chunky, rather overscale look typical of the 1920s/30s - only possible clue to age is the rather fine vintage Bassett Lowke pressure gauge. Surprisingly the motionwork doesn't look to have done a boiler's-worth of running, it may have been that an original rivetted and soft-soldered boiler got low on water early in its career and rendered the thing immobile for a few decades.

There appears to be pretty much everything to put it back together, including all the platework. I'd like to see a picture when it's finished.