The late John Haining produced many super designs for traction engines during his life - perhaps the most popular is the 2 inch scale Durham & North Yorkshire traction engine, a model produced entirely from contemporary drawings and early photographs as none of the six engines produced by this small concern survived long into the twentieth century. He modelled a wide range of prototypes, from large ploughing engines down to small stationary engines and pretty much everything in between.

If there was one, not so much weakness as quirk in his output, he liked to champion the oddball machines, often producing designs for engines that were hurriedly scrapped in their day as simply being, not to put too fine on it, NBG. One of these was the Suffolk Dredging Tractor, a technically interesting if visually challenging device in three inch scale - several were made, indeed I've had a couple come through the workshop here. They go well enough, but certainly not everybody's cup of tea. 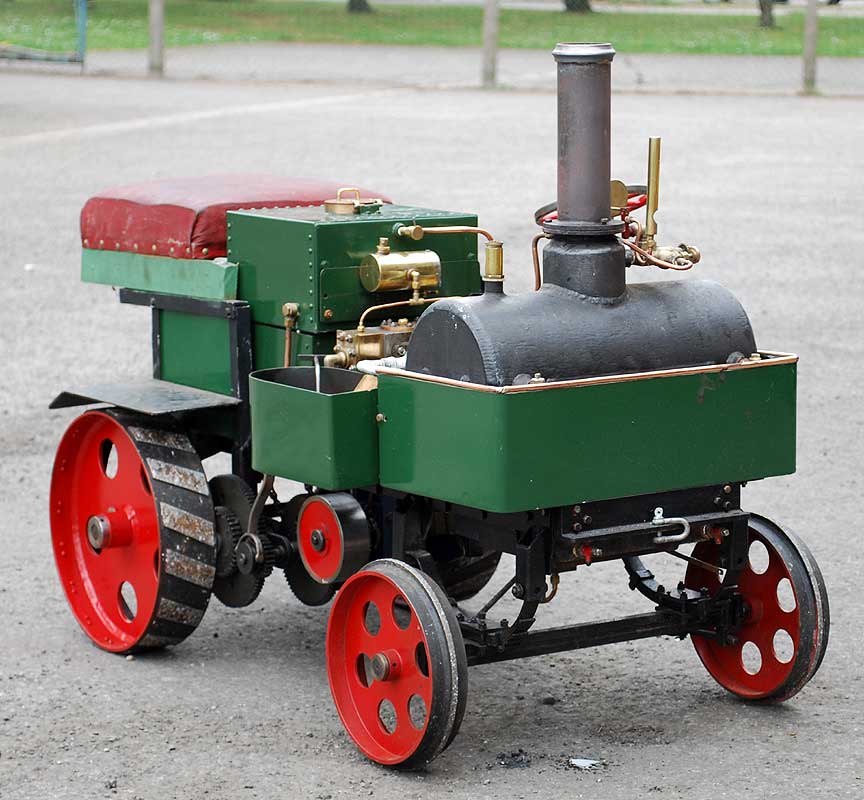 Possibly even stranger, having got the dredging tractor out of his system, was "Caradoc" - his idea of what a modern tractor would look like if steam had survived (or, put another way, the diesel engine hadn't appeared). Basically a vertical boiler with a dredging tractor engine underneath tractor-shaped bodywork. They have been built in three and four inch scale - I've had one or two of each - and are rather strange things.

See what I mean?

The engine shown above was a nice enough machine, ran well and was ideal for charging round muddy fields, pretending to go ploughing. It went to a chap who ran it for a while before falling under the spell of railways rather than the road, so did some minor rearrangement of the bits. 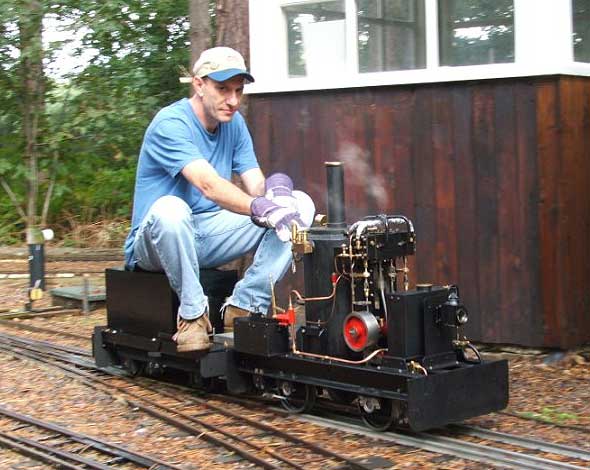 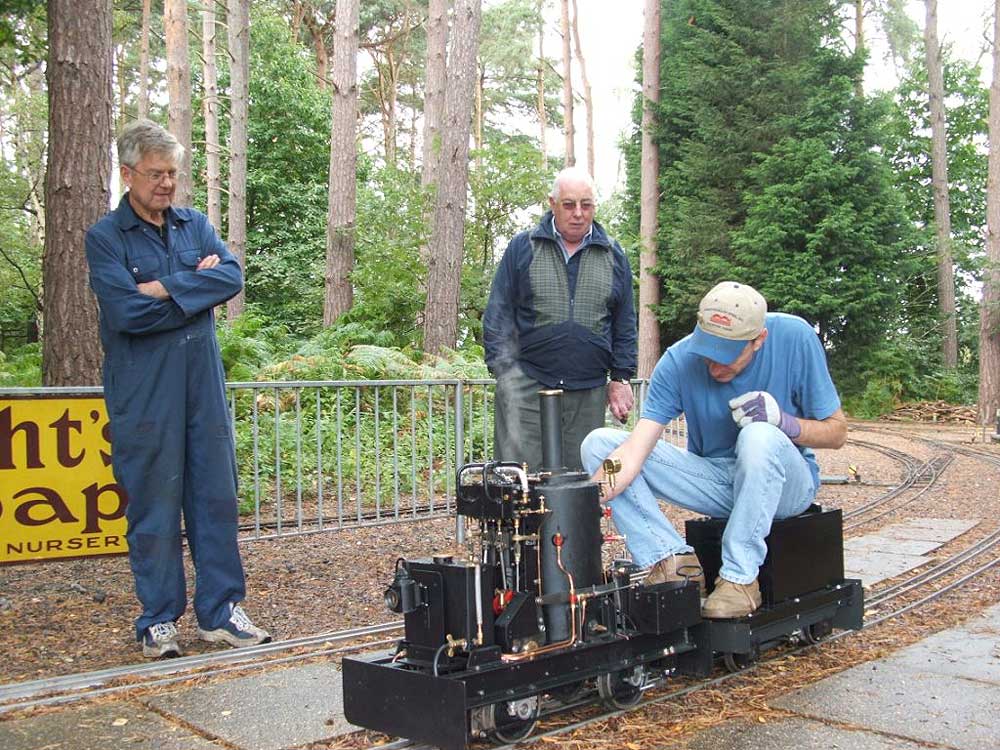 I think it's the nicest thing I've ever seen done to one of these - a rare combination of vision and engineering ingenuity!
Pictures by kind premission of Pete Withers (who's also responsible for the inspired engineering).