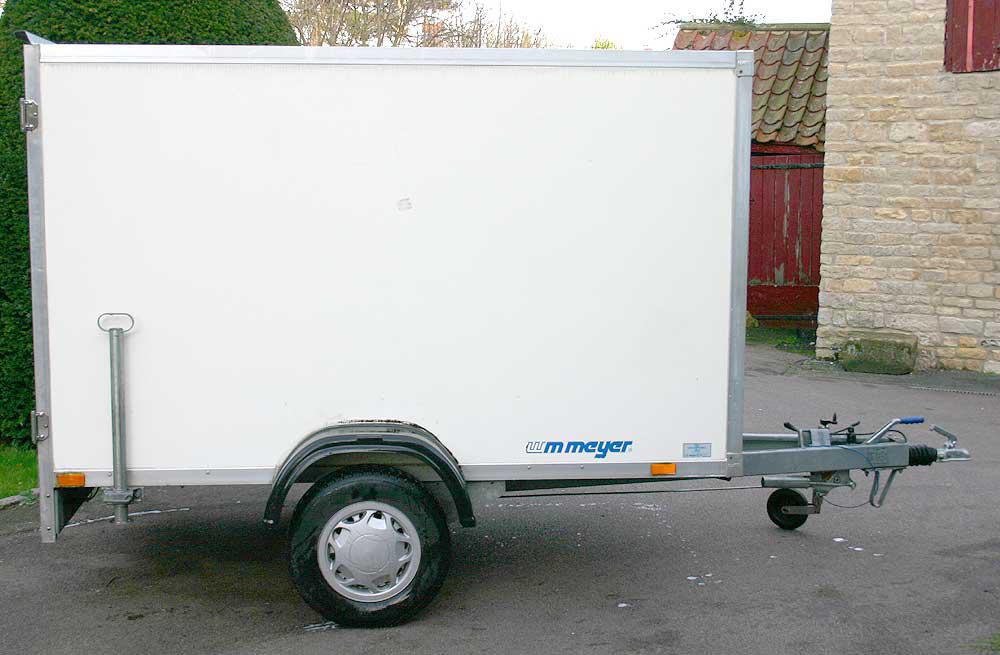 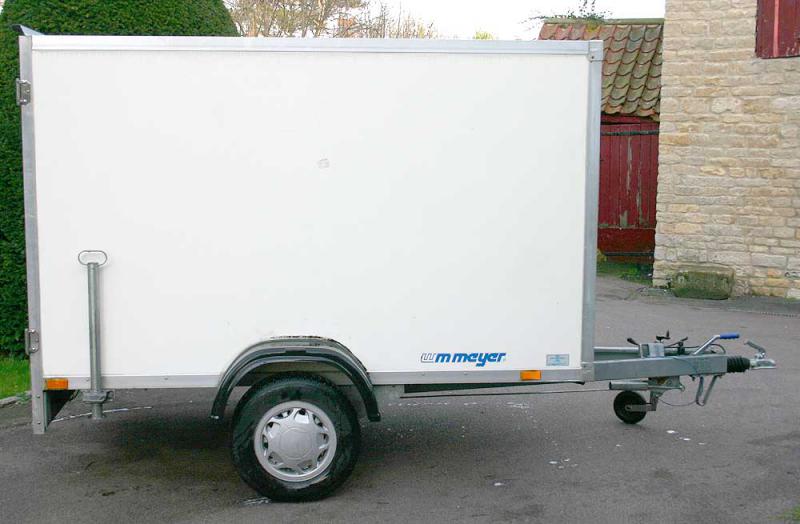 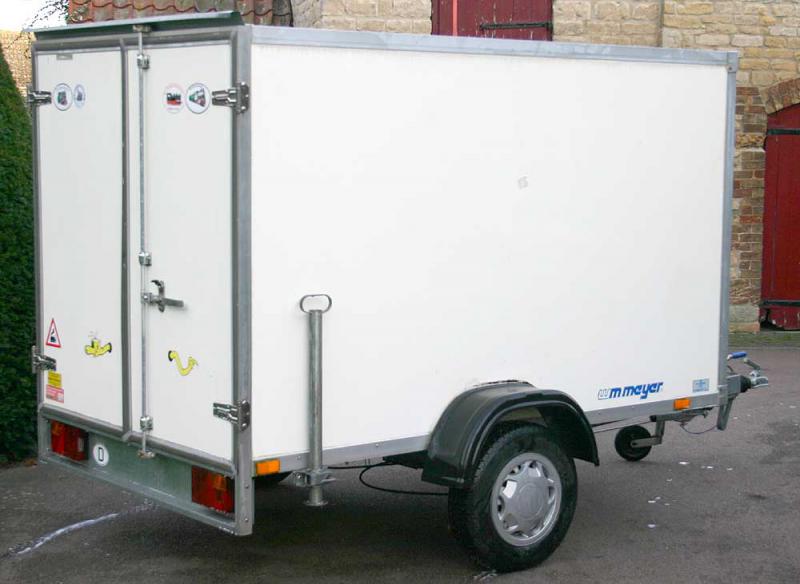 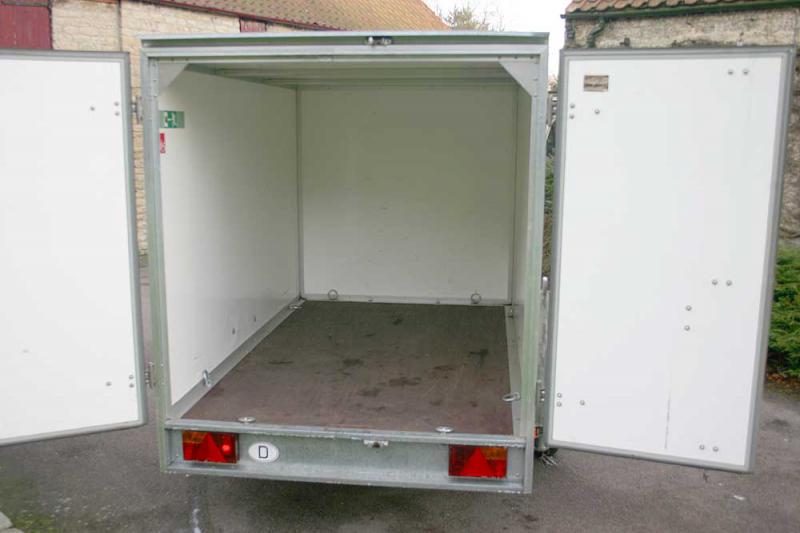 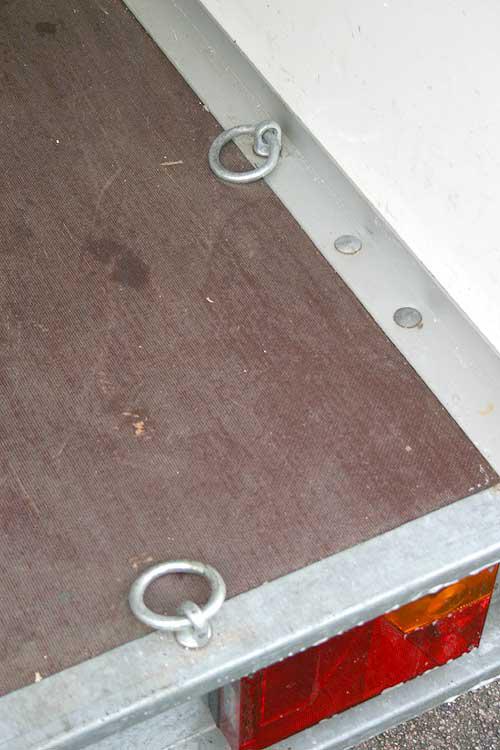 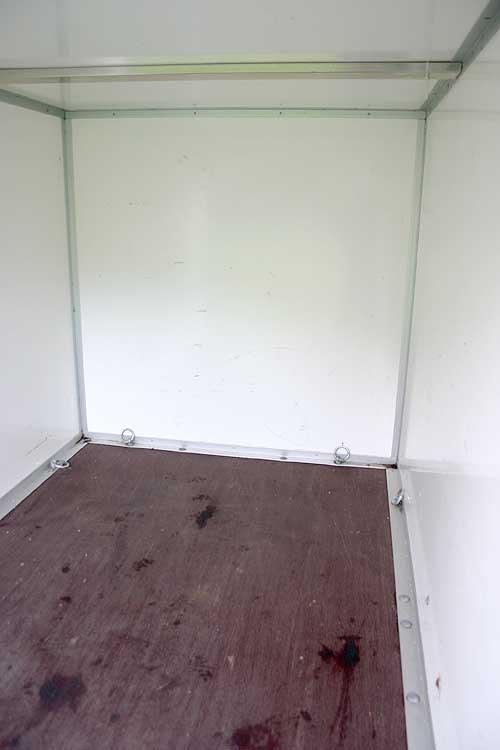 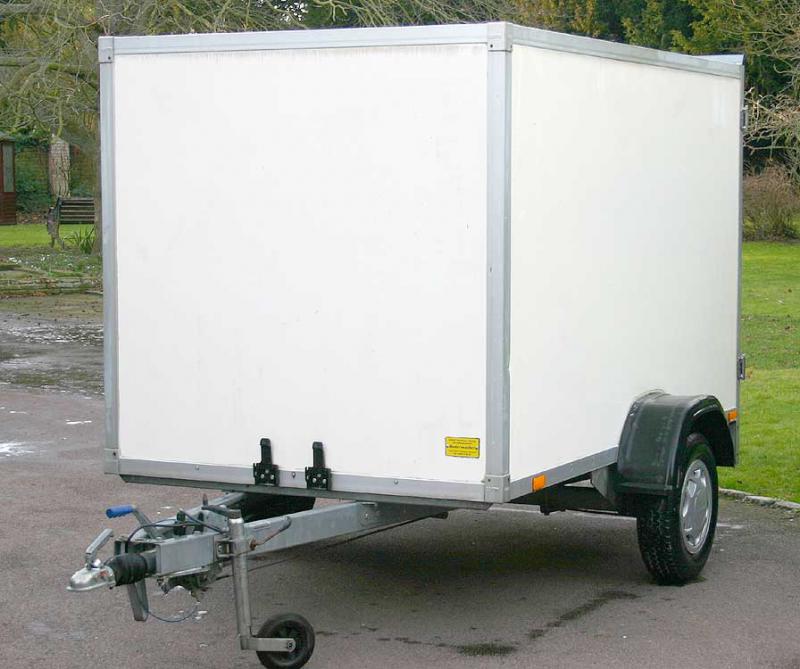 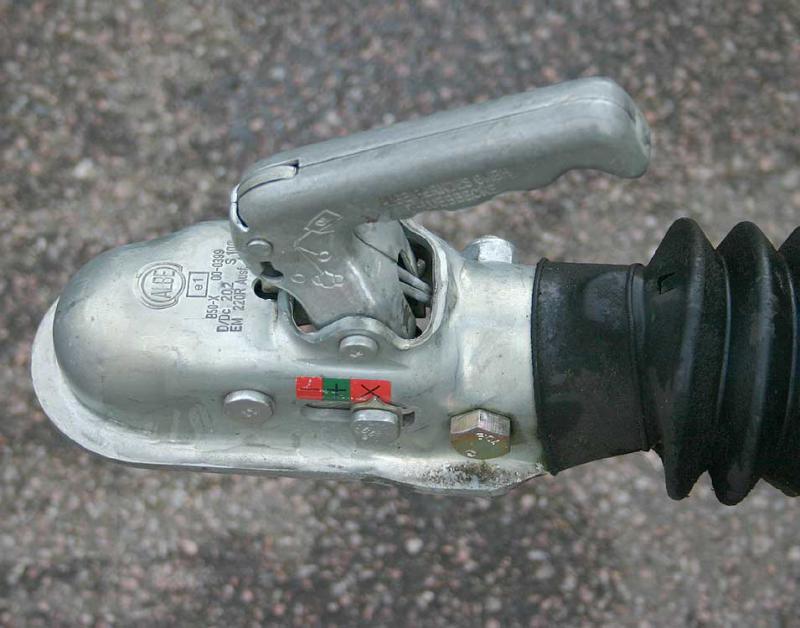 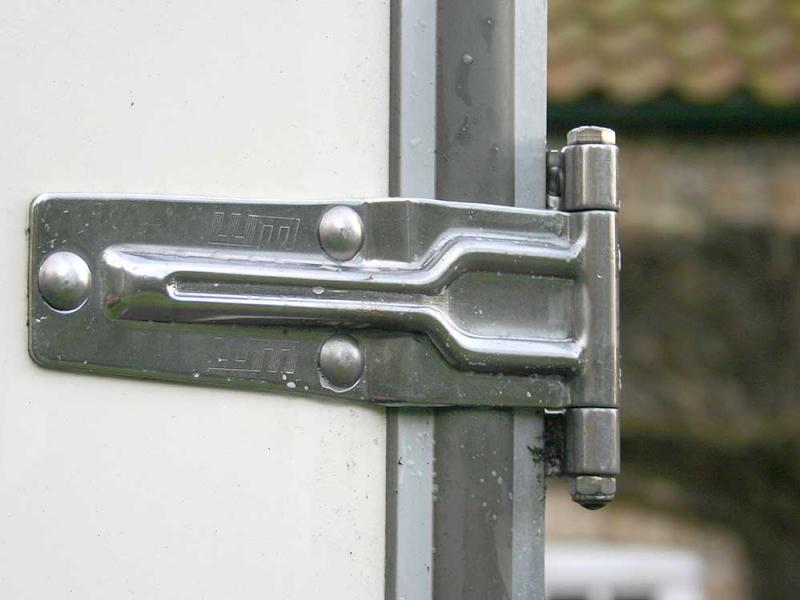 High quality 8 x 5 foot box trailer by Meyer of Germany, in excellent condition. It came in with a four inch scale traction engine a couple of years ago and proved so useful I have kept it since - it's moved a variety of large traction engines about the country, coping with the largest four inch scale road locomotives you can find, along with most of the engines we took to the Harrogate Show last year (crated up and stacked to the roof - we had a total of twelves locomotives in it, with the remainder in the van, along with a 4 1/2 inch scale Burrell).

Inside is fitted out with heavy tie-down eyes, the doors are hung on stainless steel hinges. Chassis is galvanised, tyres are in good condition. I've had both two and four-wheeled trailers in this size, a heavy two-wheeled trailer is much the best option for moving large models about as it can be manoeuvred on the jockey wheel - the big four wheel Bateson I used to have was a swine to move single handed!