I bought another 10 1/4 inch gauge locomotive a few months ago - I've started to get a bit of a weakness for this size, it's a bit like four inch scale traction engines, less a model, more a small "real" engine which you can sit on comfortably and drive using full-sized controls.

Given that the workshop was busy, it was some weeks before I could go and collect the engine. It had been pushed out of the shed awaiting my arrival, the idea being that I would steam it before loading. It hadn't been used in some years, the railway it lives on - a lovely scenic run of around a mile through woodland - was closed on the day I visited so I had the place to myself. 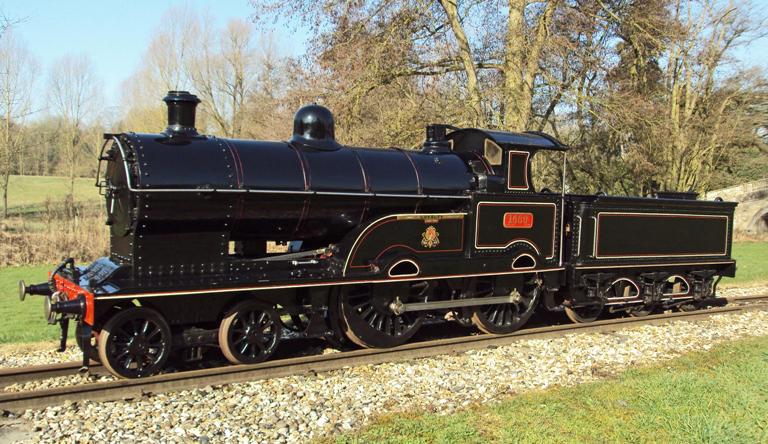 The engine itself has a reputation as a bit of a "goer", running on big wheels and with boiler pressed to 170psi. I hadn't driven it before, nor driven on its railway, so it was with slight trepidation I opened the regulator and set off down the line. The cylinders soon warmed through, draincocks shut and I settled down to a steady run around.

The engine's reputation was certainly well-earned, even running at speed it responded urgently to a pull on the regulator with a hint of wheel slip. The boiler seemed, on my short drive, free-steaming - rather too free-steaming actually, I entered one of the tunnels with safety valves just feathering, smoke drifting back from the chimney and not a clue which way the line went in the pitch black interior.

I eased off to what must have been no more than a walking pace, as the roof passed by inches above my head, speculating on the likelihood that anything had been left in the tunnel to keep out of the weather - a rake of coaches, a few tipper wagons... It was with some relief I saw sunlight appearing in the distance as the engine emerged into the autumn sunshine.

Safely back at the shed, it was less than an hour's work to drop the fire, blow the boiler down and get loaded before a steady trundle home. It hasn't been out since, although I'm hoping to take it to a friend's railway in the next village as soon as I get a day free.