Friend Alan is a "get things done" engineer, an original thinker and just unhinged enough to be constantly interesting - I like him a lot. He comes over to the workshop sometimes, if I'm lucky I get an invite back to his place. He's got a 7 1/4 inch gauge line round the garden, a large oval running round the house and several engines to run thereon.

Nothing huge, nothing exhibition quality, but soundly built locomotives that are a joy to drive. David and I were at a loose end one day over summer and managed to wangle a visit over - on arrival the kettle was on and his "Hercules" standing in the yard in steam, so that sorted the next hour out. 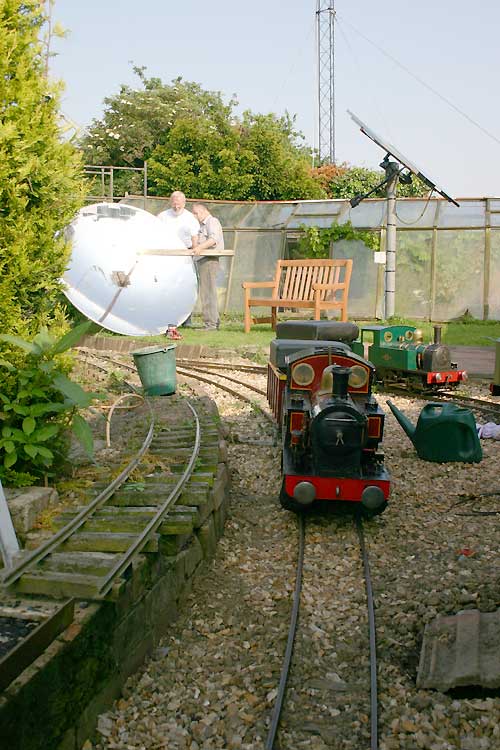 He has an abiding fascination with alternative energy (amongst many, many other things), and had recently plumbed up the house with several solar panels which provide all his hot water and a couple of large photovoltaic panels which trickle charge some retired fork truck batteries in the shed, via electronics of his own devising. 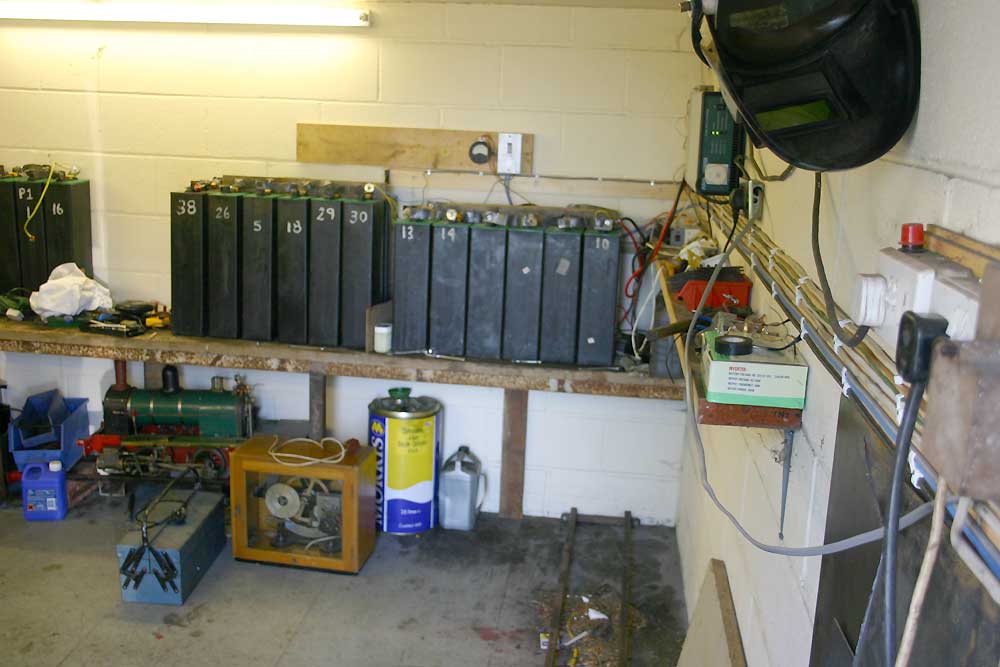 The day we were there the sun was out in force, so we could look in wonder at the control panel thermometers in his kitchen showing the roof panel and hot water cylinder temperatures.

Round the back of the shed, well covered up and stored face down to the floor is a large old aluminium dish he acquired, now fully lined with aluminium foil, with a focus point a couple of feet in front of it. Together we helped him roll it out onto the lawn, whereupon after some careful adjustments to its position and angle he placed a length of four by two at the focus. Within seconds smoke was pouring from the wood, a moment later it burst into flames. Most impressive. 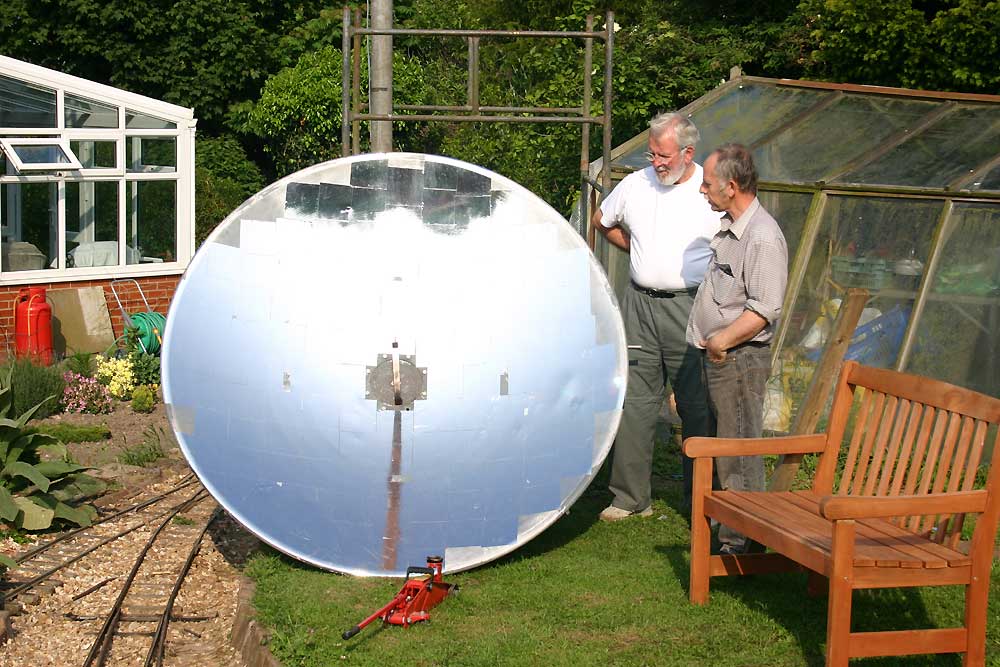 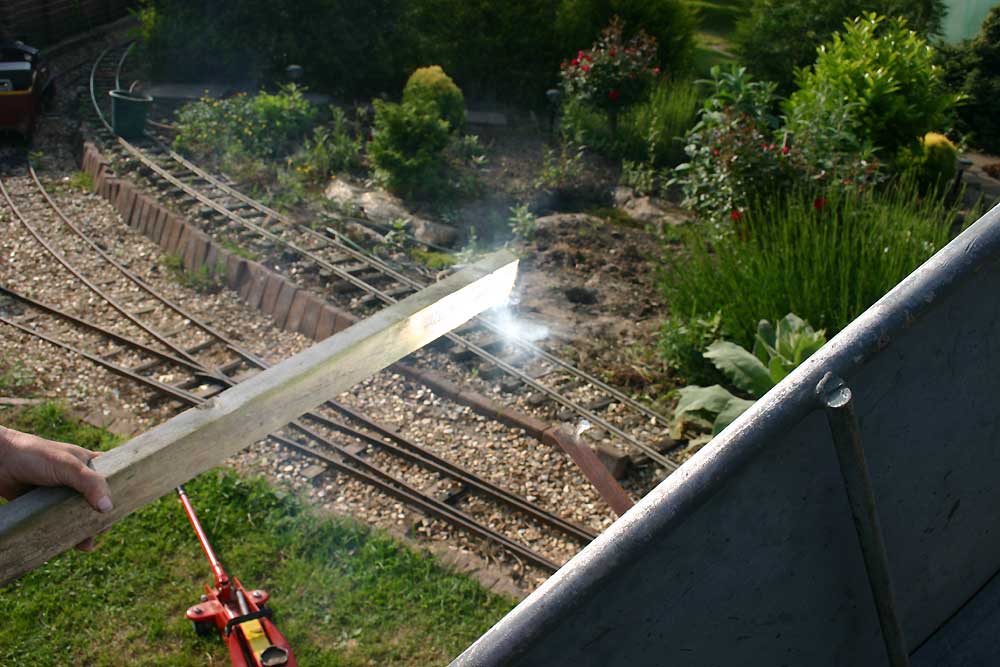 As is often the case with capable people, in addition to maintaining his own railway, building rolling stock, researching and building hot air engines, flying model aeroplanes and building his solar heating system, he's also the engineering brains behind the Evergreen Miniature Railway which boasts a half mile of 7 1/4 inch gauge track (in addition to the raised level 5 inch) and helps look after yet another large railway some distance away.

You wonder where some people get the energy...