SRS Blog > A workshop in Scotland

A continuing pleasure as I ride around the country is visiting other people's workshops - as I have said many times before, it's rare that I talk to an engine builder without learning something new.

Last week I spent two hours with a fine engineer, remarkable for the scope and diversity of output from his workshop, which comprised a single garage, divided in two across the middle, with a "hot end" containing the brazing hearth and gas bottles and a "clean end" housing a small but well-equipped machine shop - recent Super 7 lathe, Boley precision lathe with lever-operated collet chuck and a Tom Senior mill. 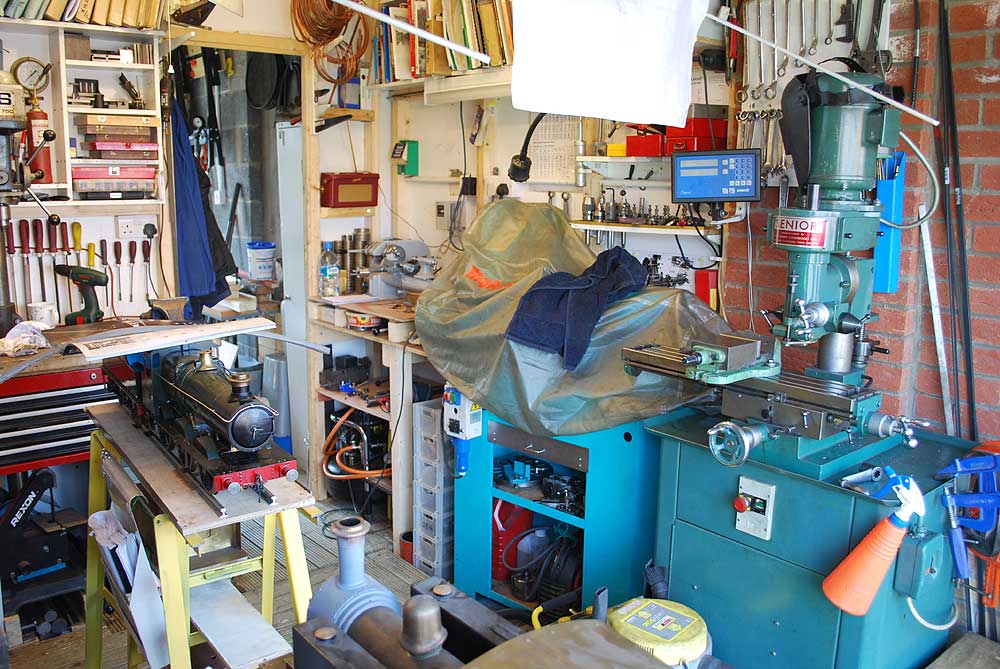 The walls were lined with finished locomotives and work in progress, the book shelf contained build manuals for those he'd built in the past - Tich, Sweet Violet, Rob Roy, Firefly - before moving over to his own designs. Remarkably, after acquiring a good, side-on photograph of an engine, he sketches out a general arrangement with key dimensions, a detail sheet for the valve gear, then builds the rest at the machines, a la LBSC. 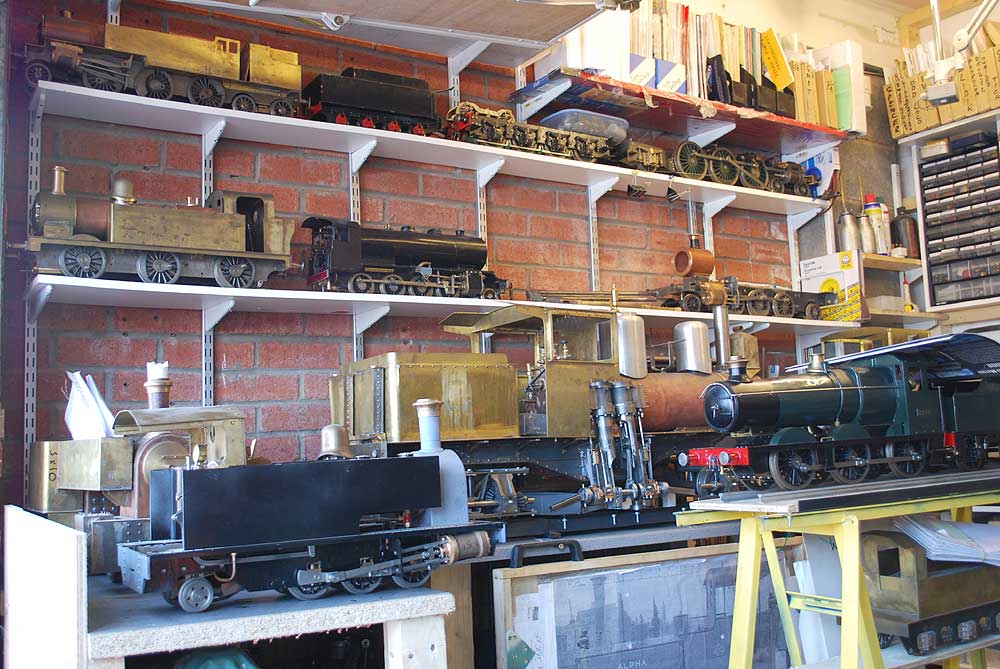 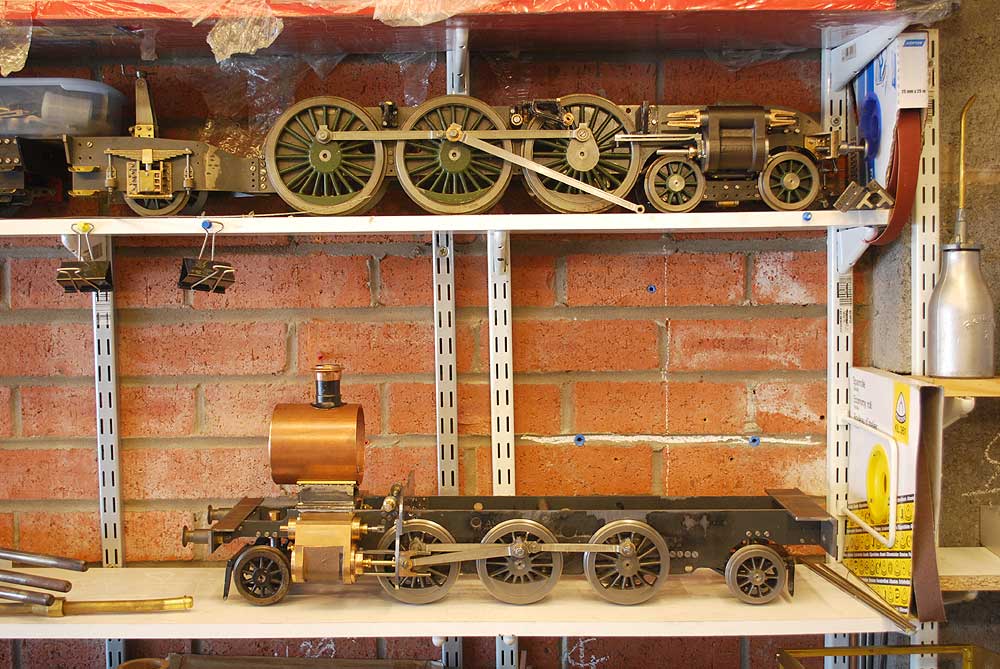 Repairing inside for tea, biscuits and a chat, I was struck by the immaculate tidiness of his house. Since apprentice days he has insisted that workshop muck stays in the workshop, his first workshop, in a second floor flat, was built into a cupboard behind the kitchen. It was in here that he produced patterns for a full-size marine vertical engine, then machined the resulting castings. The complete engine was run on air and, finally, sold for use in a boat. Come the time to remove it, a plant moving company brought in refused to take it down the stairs, on the grounds they couldn't take the weight! In the end it was craned out through a window. Undeterred, he went on to produce drawings and castings for a compound engine of similar size and then a triple expansion engine.

My visit was to assist in a certain rationalisation of his projects - currently involved simultaneously on a 7 1/4 inch gauge Shay and 3 1/2 inch gauge A3, both to a fine standard, he has a Prairie tank on the bench when the other two are finished.

Many of his projects get a boiler early on in the build - he is in demand locally as a talented boilersmith, with over thirty to his credit at the last count - and several of these appear on the projects page at the moment.

Given we are now in the school holidays, Sam had come with me for the trip - he was much inspired by the visit and came away with great new plans for what he plans to build next (such is the enthusiasm of being thirteen years old). His many questions about the engines we saw and how they were built were answered with a great deal of encouragement and insight - it was a privilege to meet the man. 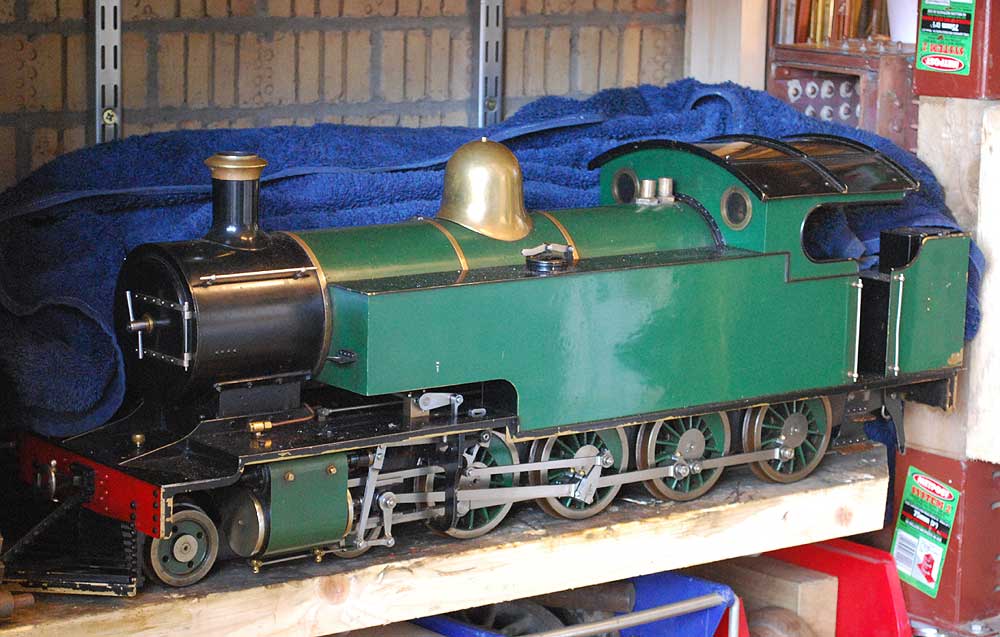