SRS Blog > A herd of Tinkerbells

It's unusual for me to have more than one Tinkerbell in the workshop at a time - apart from anything else, they're so big that it becomes like living with a herd of cows if there are several here. Recently I've had three in, it seemed that one or the other needed forklifting out of the way whenever I needed to move.

All based on the Roger Marsh design. "James" built 2001 by Joe Nemeth, ex-Oldown Miniature Railway. 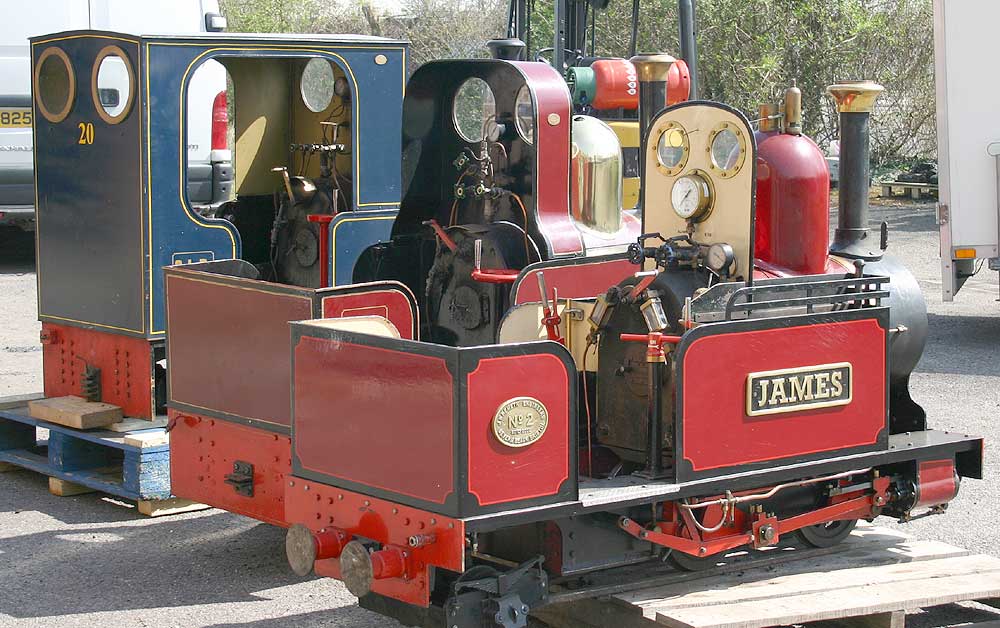 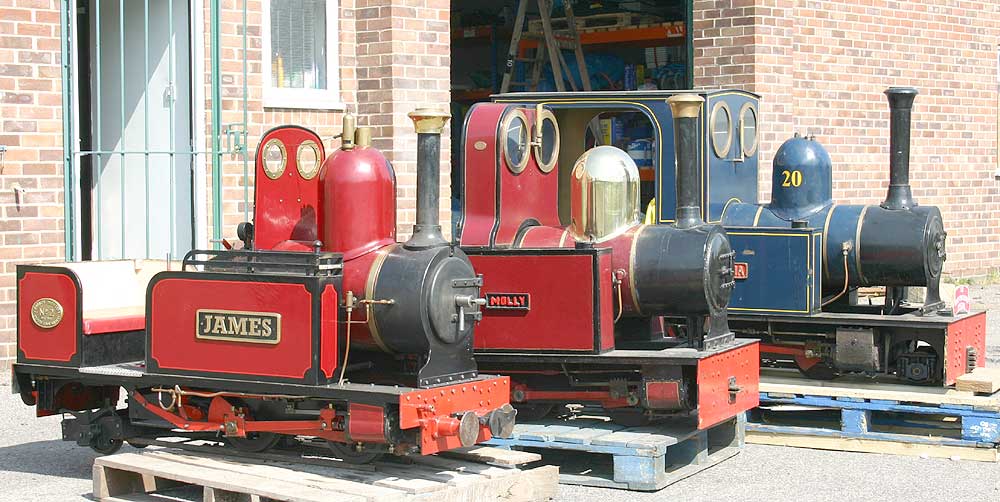 All feature locomotive rather than marine boilers, "Victoria" has been stretched by six inches in the boiler and an extra set of wheels added to make a 2-4-2. 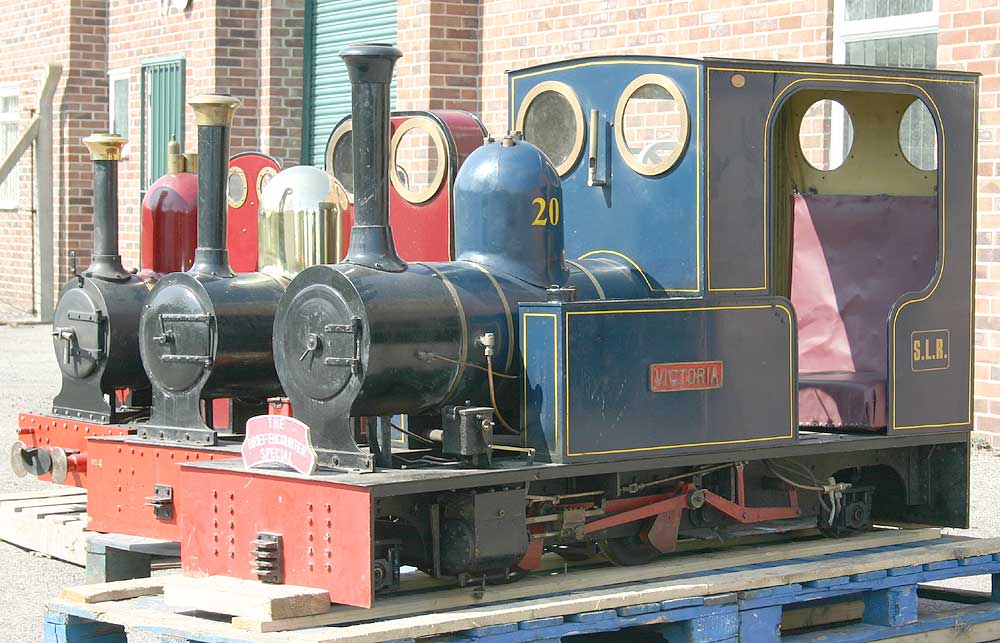 My own Tinkerbell "James" came from the now-defunct Oldown Miniature Railway when it closed down, the other pair, "Molly" and "Victoria" from another railway in Scotland. In a rather complicated version of musical chairs, "James" has gone back to her builder, I've kept "Molly" which goes very well but is in need of an overhaul and repaint, "Victoria" has gone back to Scotland (but a different railway this time) with yet another Tinkerbell (part-built) coming back in part-exchange - which has gone to James' builder for completion. Did you follow all of that?