Topics: Interesting people.
I had two chaps come up from Guernsey recently to deliver a pair of traction engines. Knowledgeable engineers both, over a cup of tea we discussed a variety of workshop matters, including the backyard foundry they run at home. Home foundries are not terribly rare, but quite often they seem to require a lot of work to produce horrible looking castings which, if bought from any of our usual suppliers, would be returned post haste with a fairly acidic note. 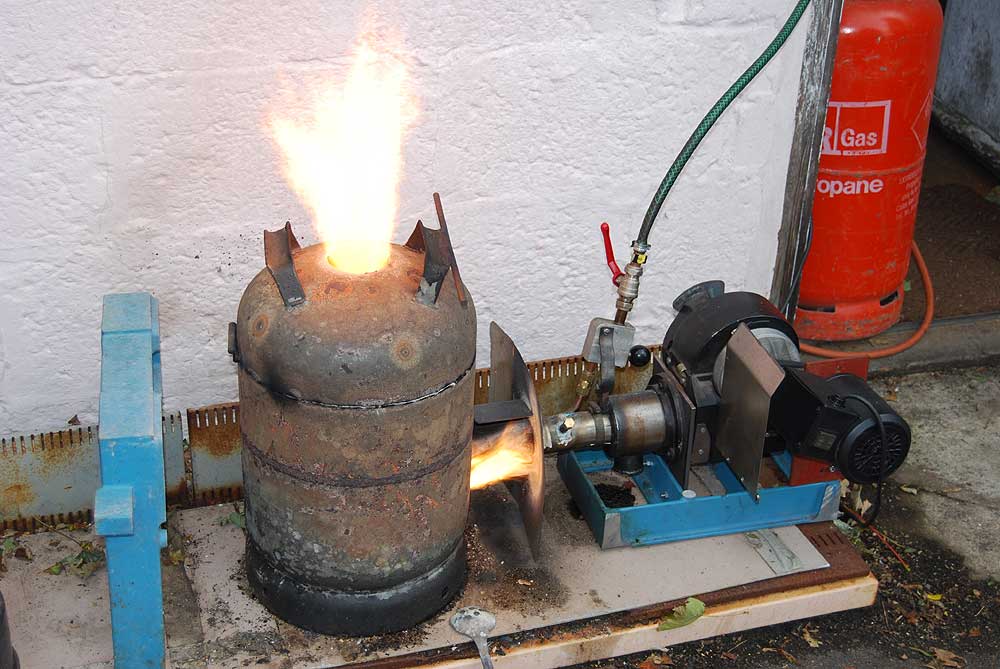 Not this outfit - using a home-constructed oil-fired furnace made from an old propane cylinder (and I am categorically not recommending, endorsing or condoning cutting up old gas bottles with a gas torch) they have produced fine-looking grey iron castings which machined up well, free from the usual bits of crud and blow holes which can ruin a job. 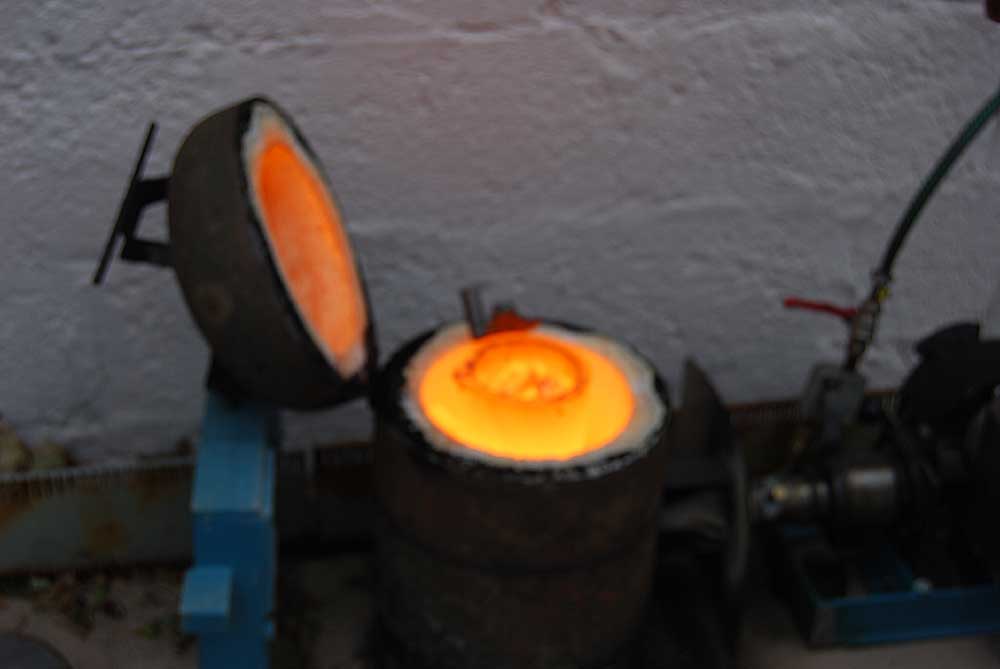 One of the most intriguing parts of the process is the use of investment foam patterns - the wheel pattern pictured is "mass produced" (in his case with a template and Dremel, in production we would use the machining centre), one for each casting required, then buried in the sand. Gates are cut in , then the iron poured, vapourising the pattern. 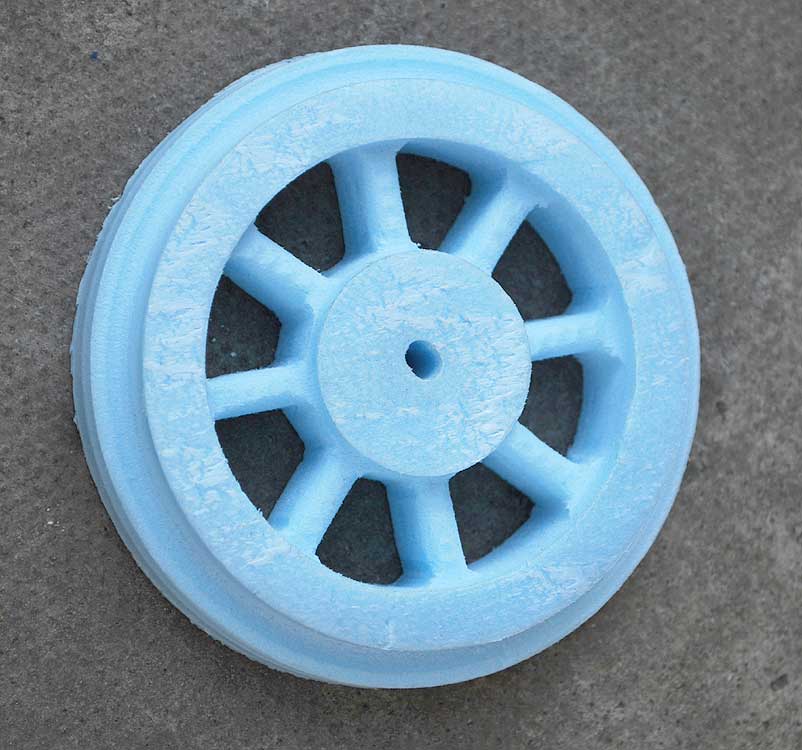 It's an interesting way of doing things, not least because your patterns no longer need any draft angle and can have multiple undercuts in a single piece (because the pattern never needs to be conventionally removed from the mould). In the same month I read Doug Hewson's article in "Engineering in Miniature" where he used stereolithography to produce investments in a similar process, allowing production of fantastically detailed castings with a huge reduction in pattern-making cost (as, in his case, the pattern is produced directly from CAD data) - he has gone as far as to say he can't imagine making wooden patterns again. 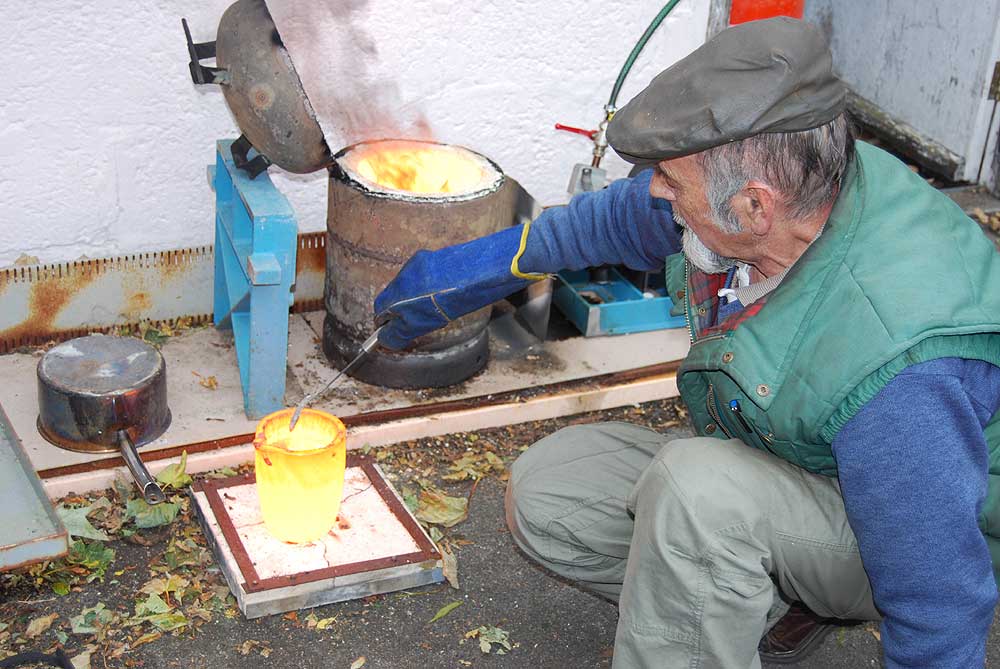 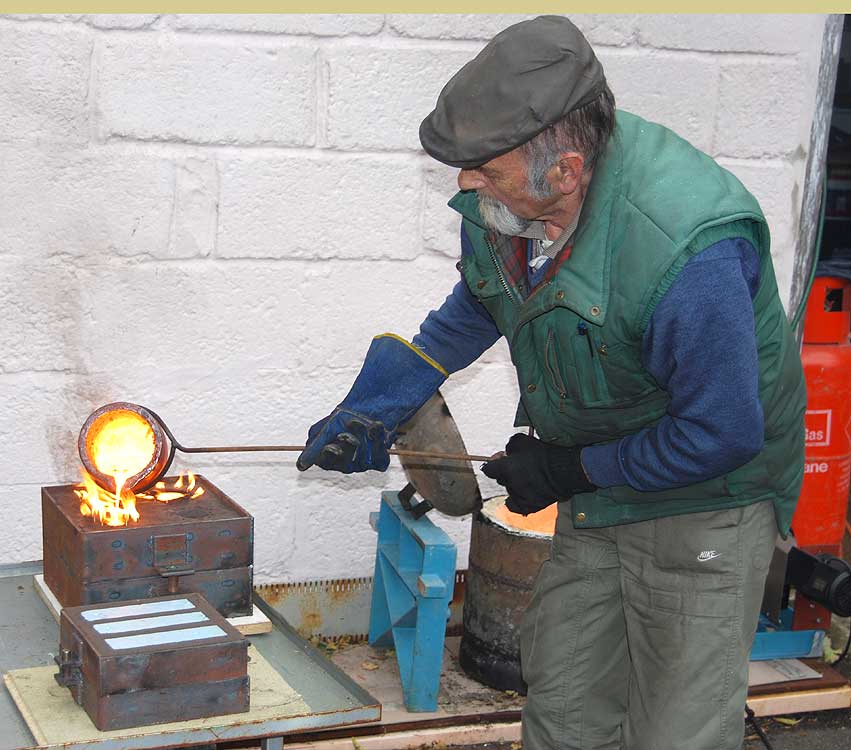 A week or two later somebody visiting the workshop bemoaned there being "nothing new in model engineering, it was all invented fifty years ago...". Don't get me started, as they say - we had a most interesting discussion (more a monologue actually), he's now fully up to speed on modern casting technology as applied to our branch of engineering!

All photographs used by kind permission of John Bayait