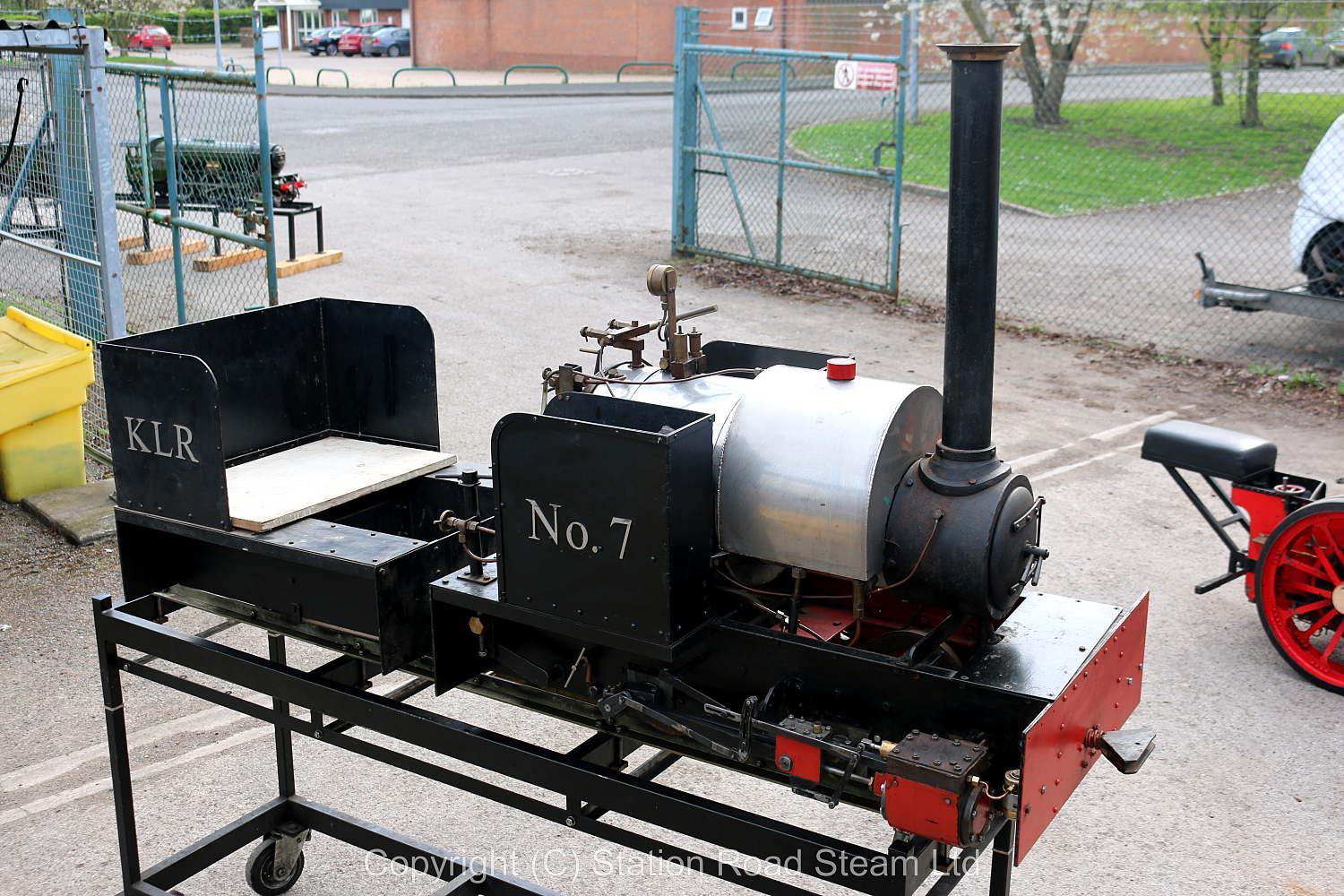 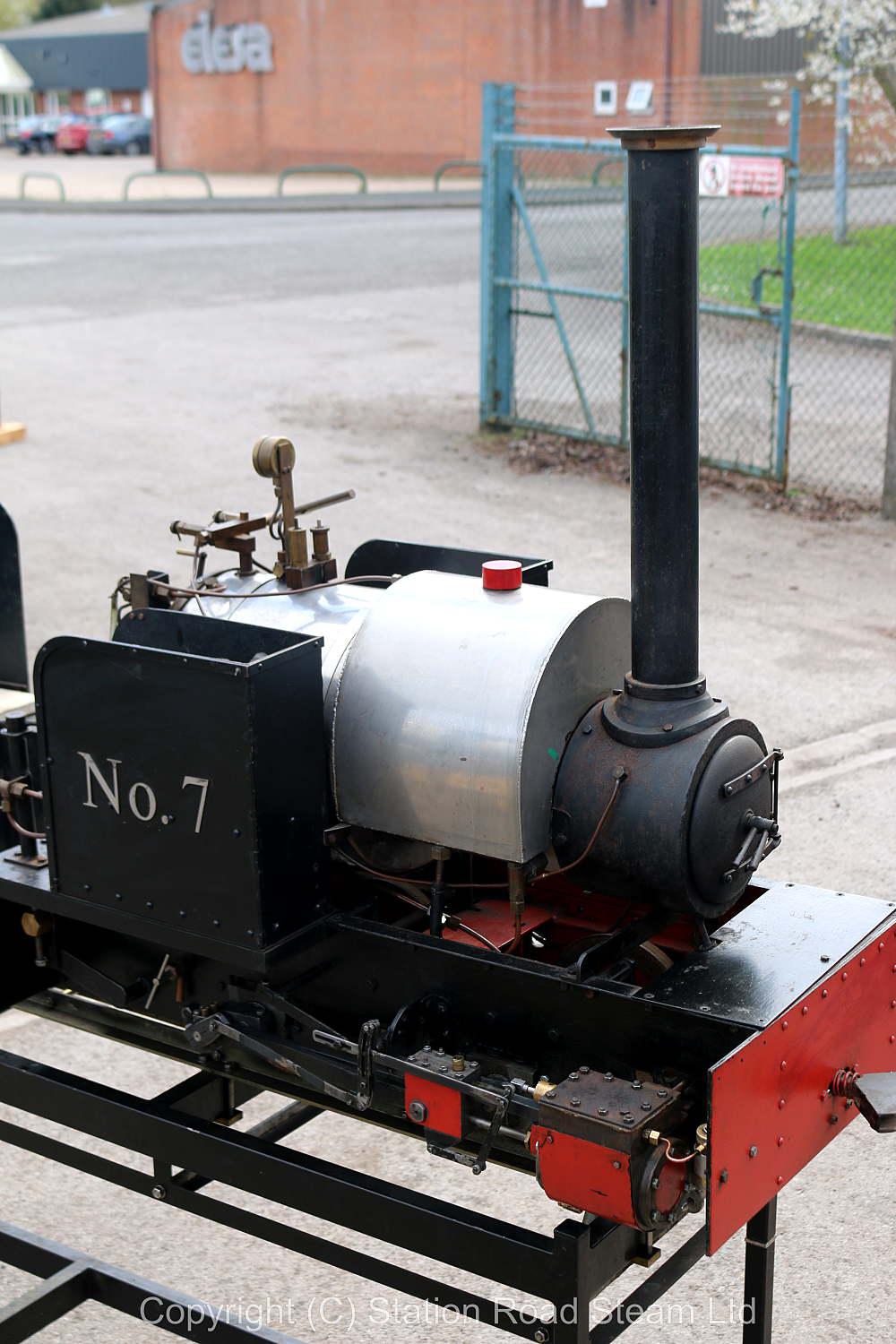 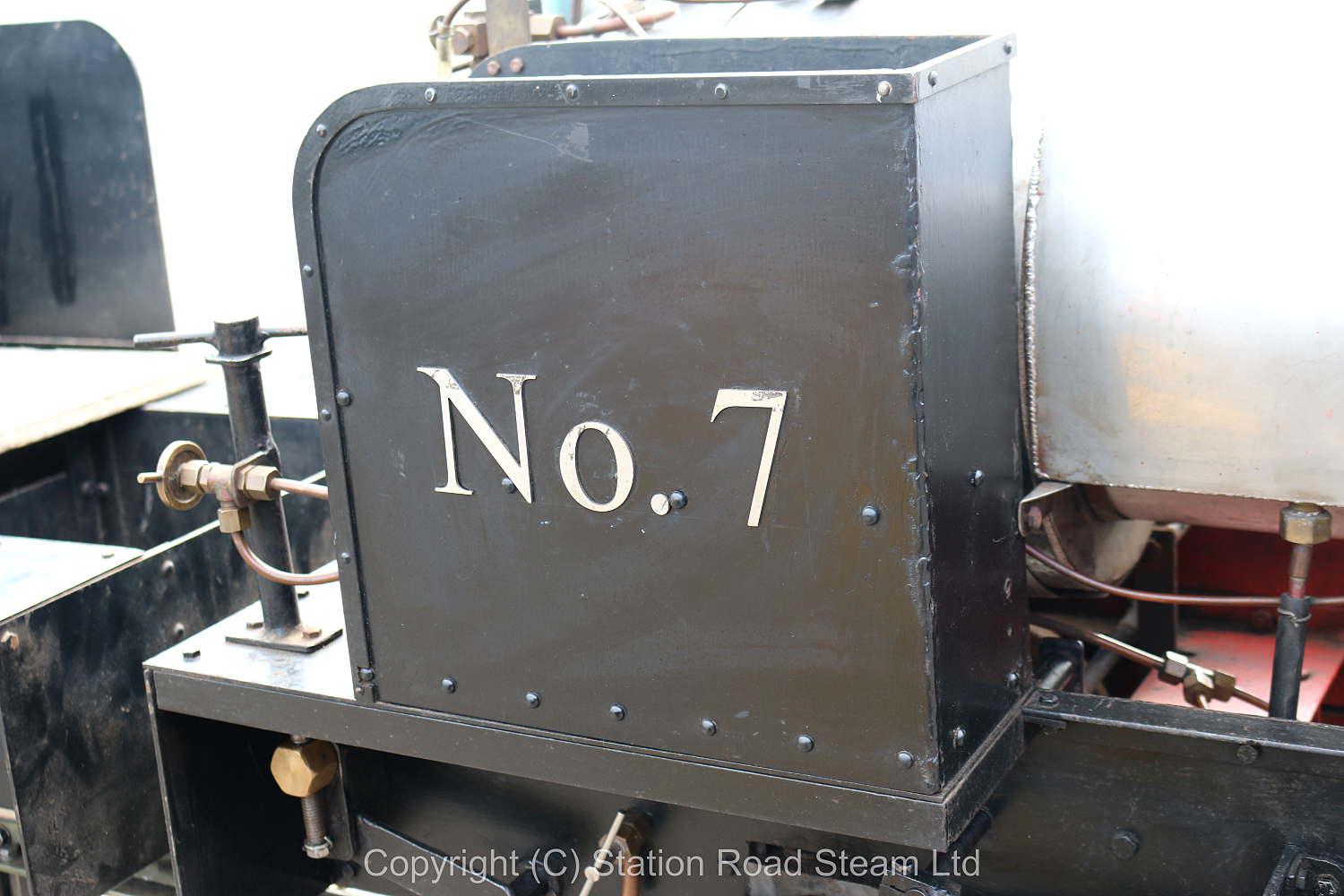 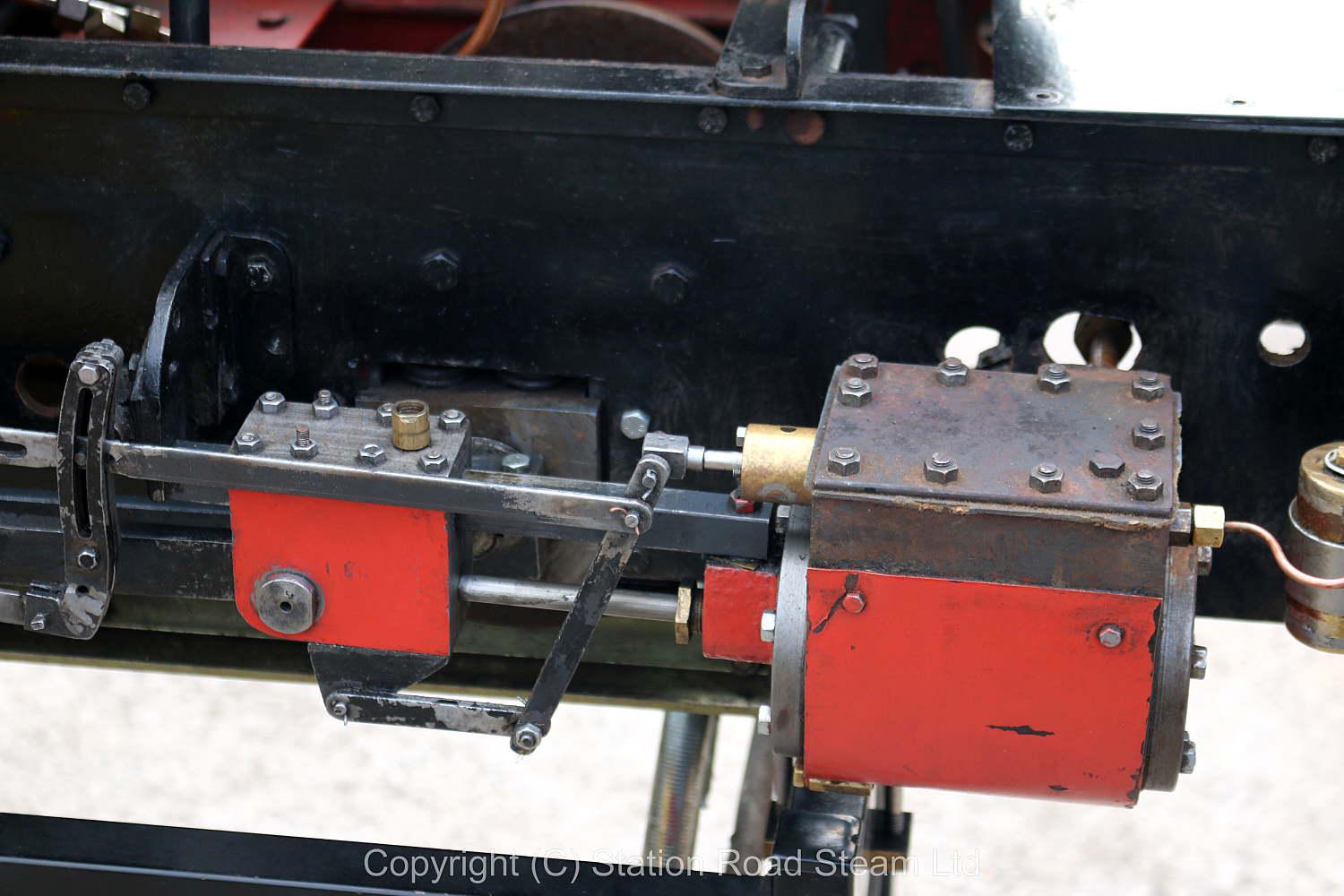 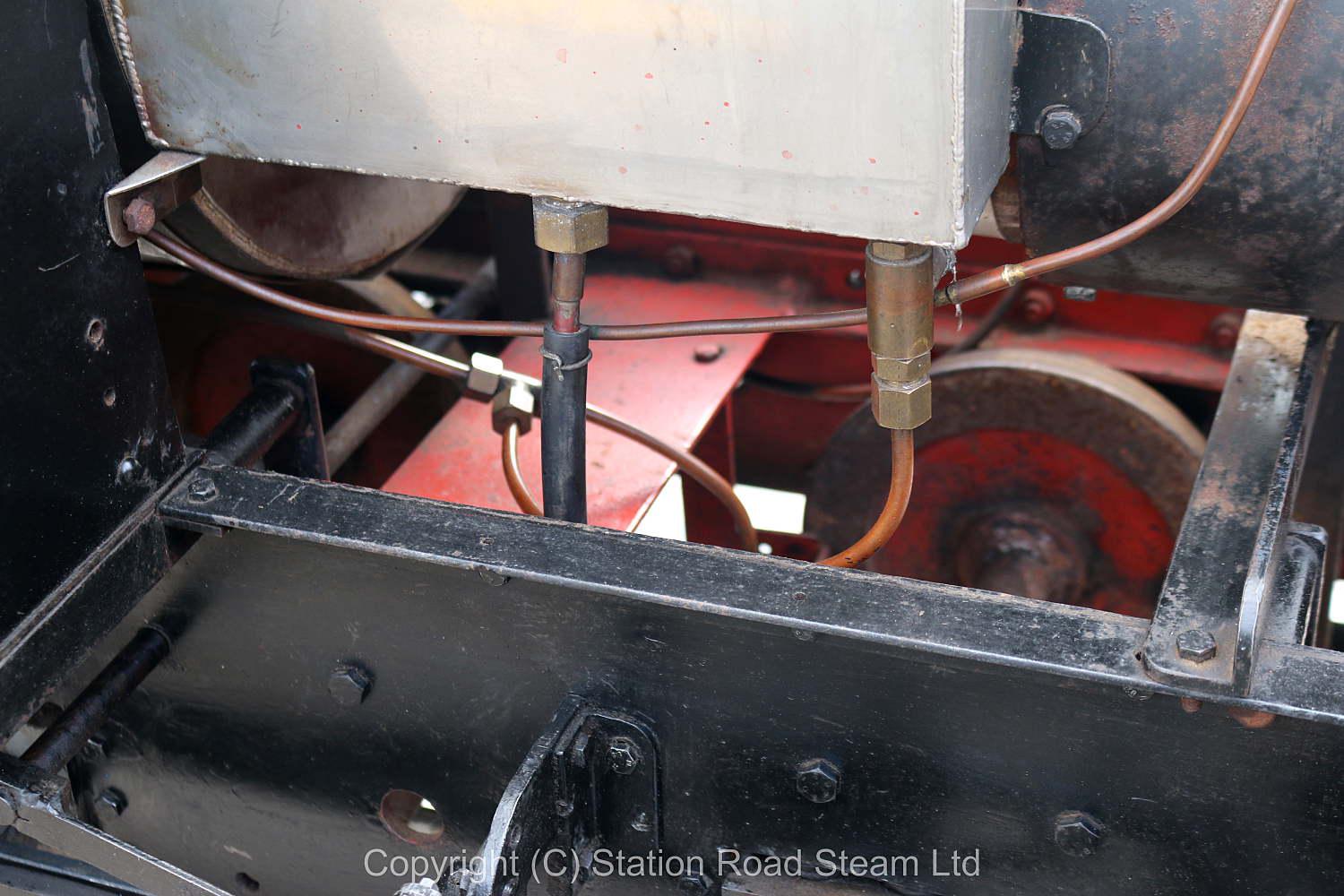 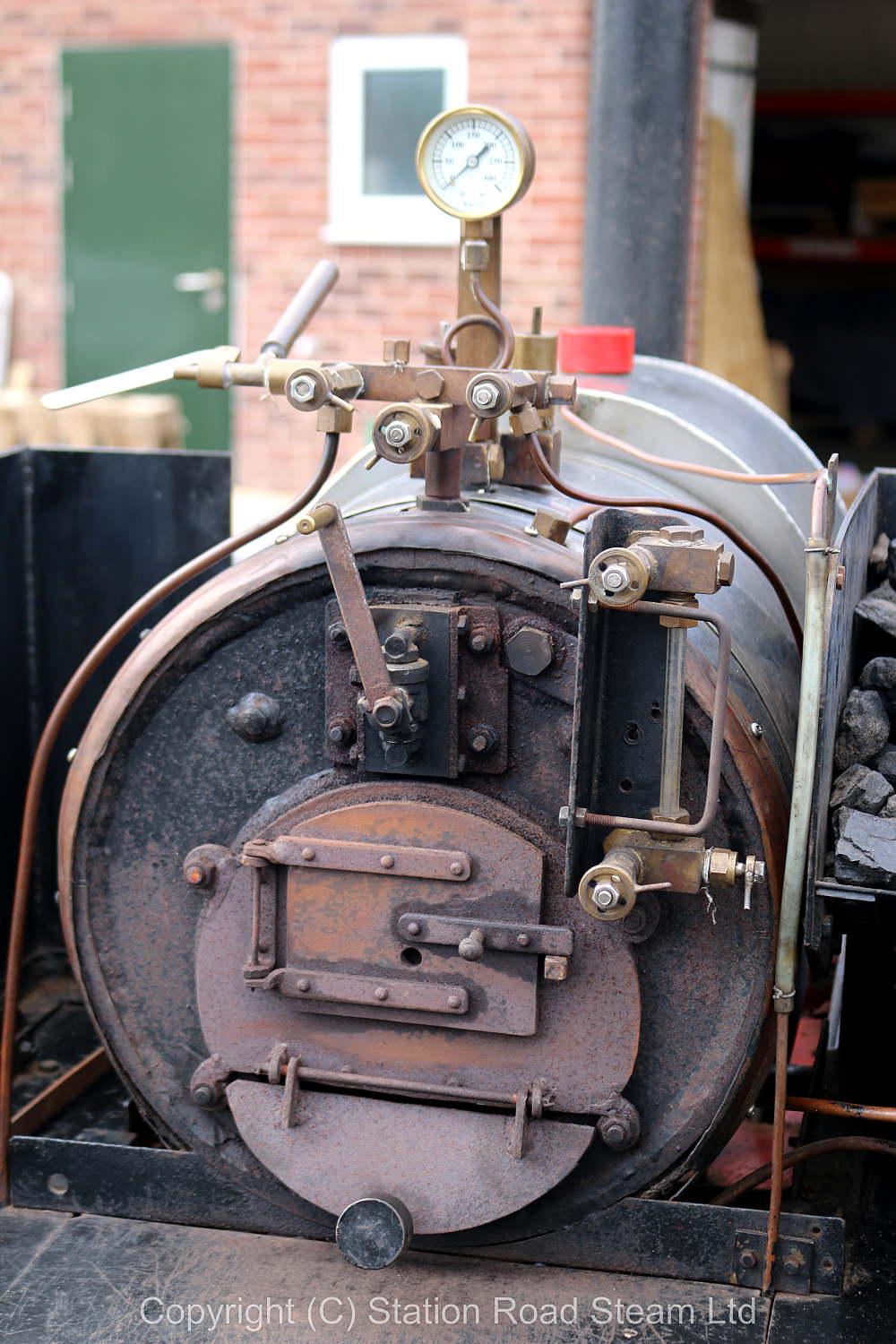 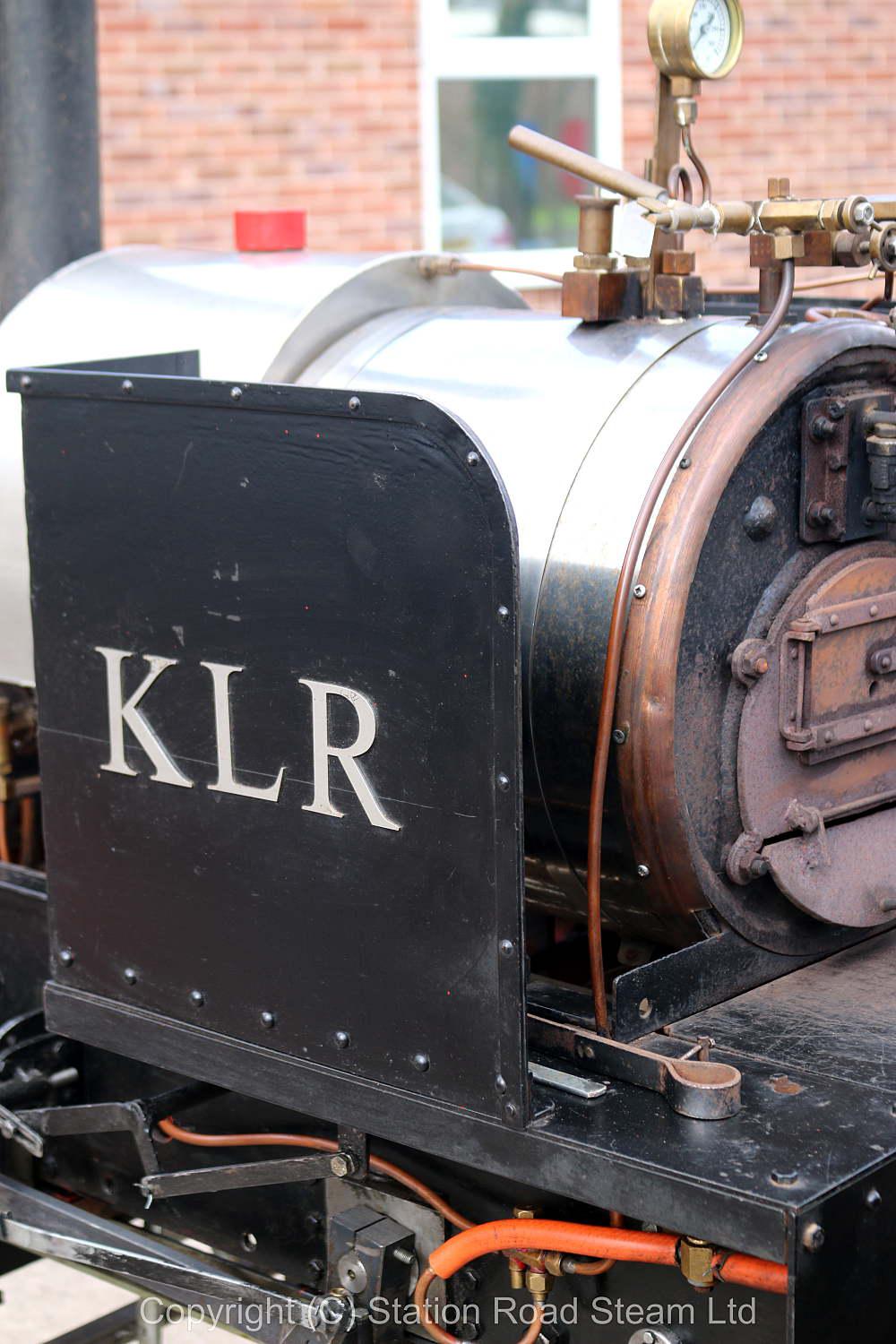 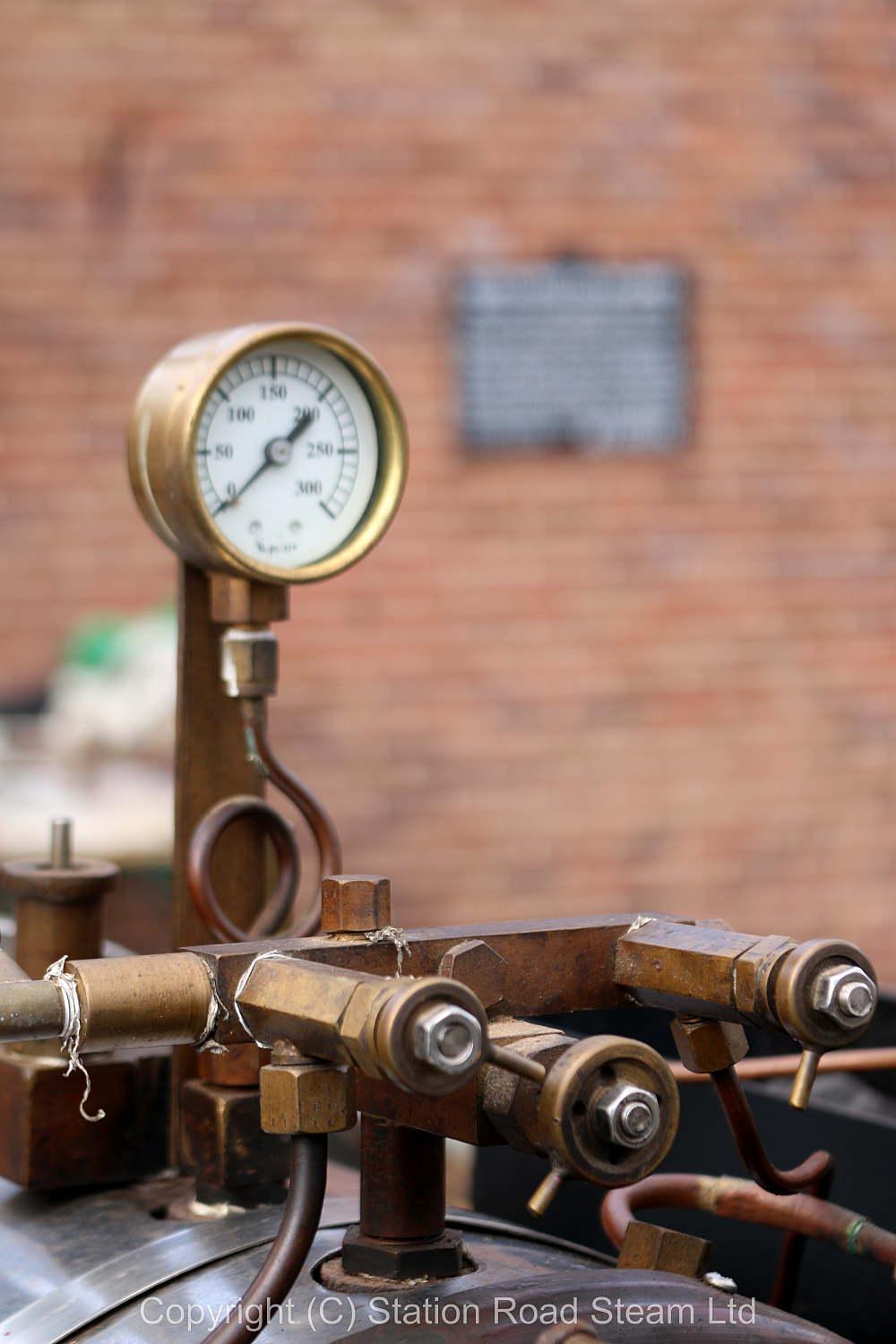 One of the famed KLR narrow gauge locomotives, a creation of the late Eric Walker who built a whole variety of similar themed narrow gauge engines. He started with a Romulus, progressed to a Tinkerbell and then never looked back, with a Garratt, single Fairlie and various others - all of his own design - until he settled on this type. He built three or four in the end and kept this one, No.7, until the end.

I bought the first one of these back in 2006 - there are some pictures in the archive here, along with another sibling I bought from Eric in 2011. I was surprised at the time at just how well the original went - wasn't too sure about Eric's two wheel tender at the time and, indeed, the tender for that engine did gain another pair of wheels in the hands of its new owner. This engine was built as one of three at that time, it's probably the engine he used the most although, with seventeen engines in total to his credit over the years, none of them saw a great deal of hard work - he was far too busy in the workshop.