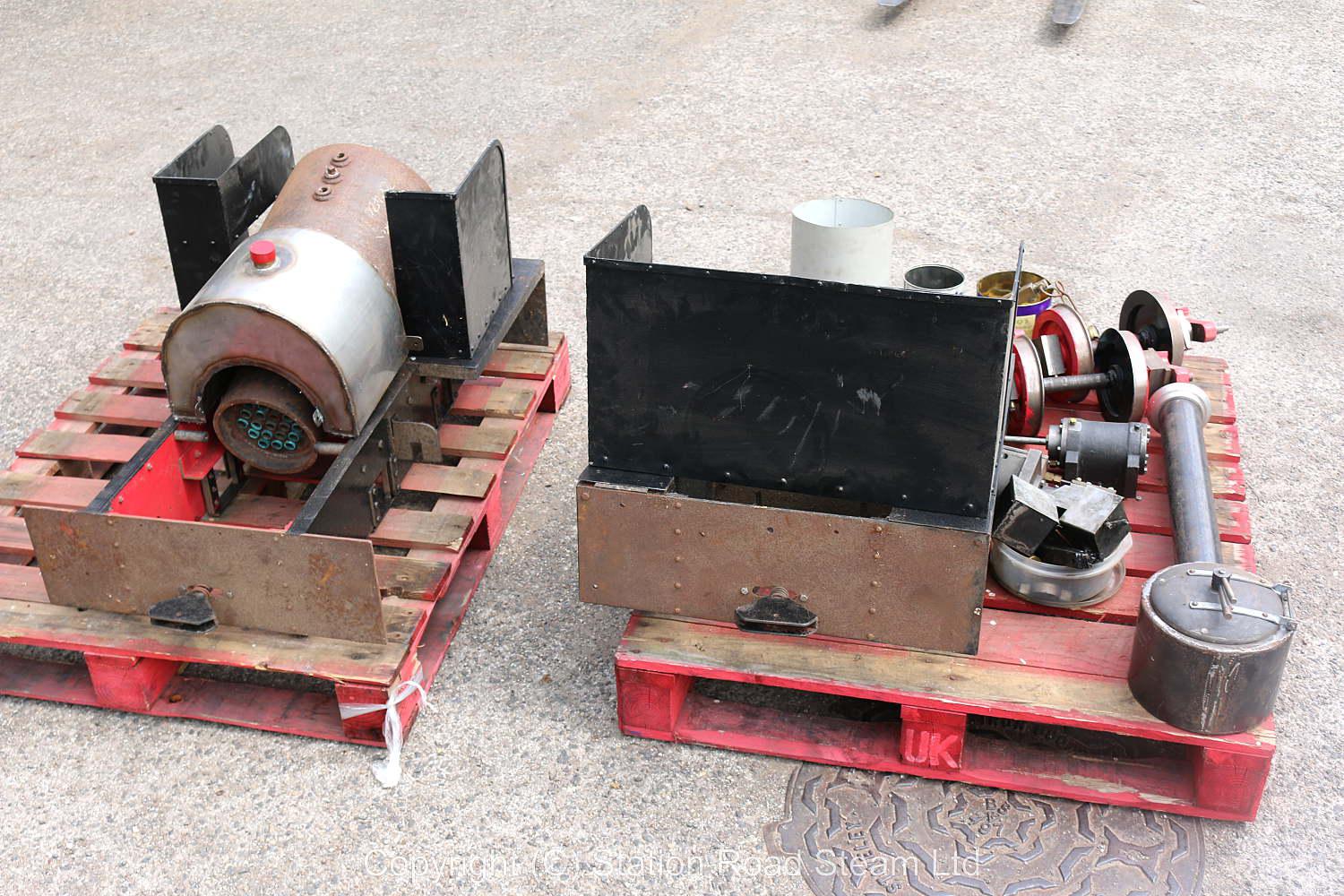 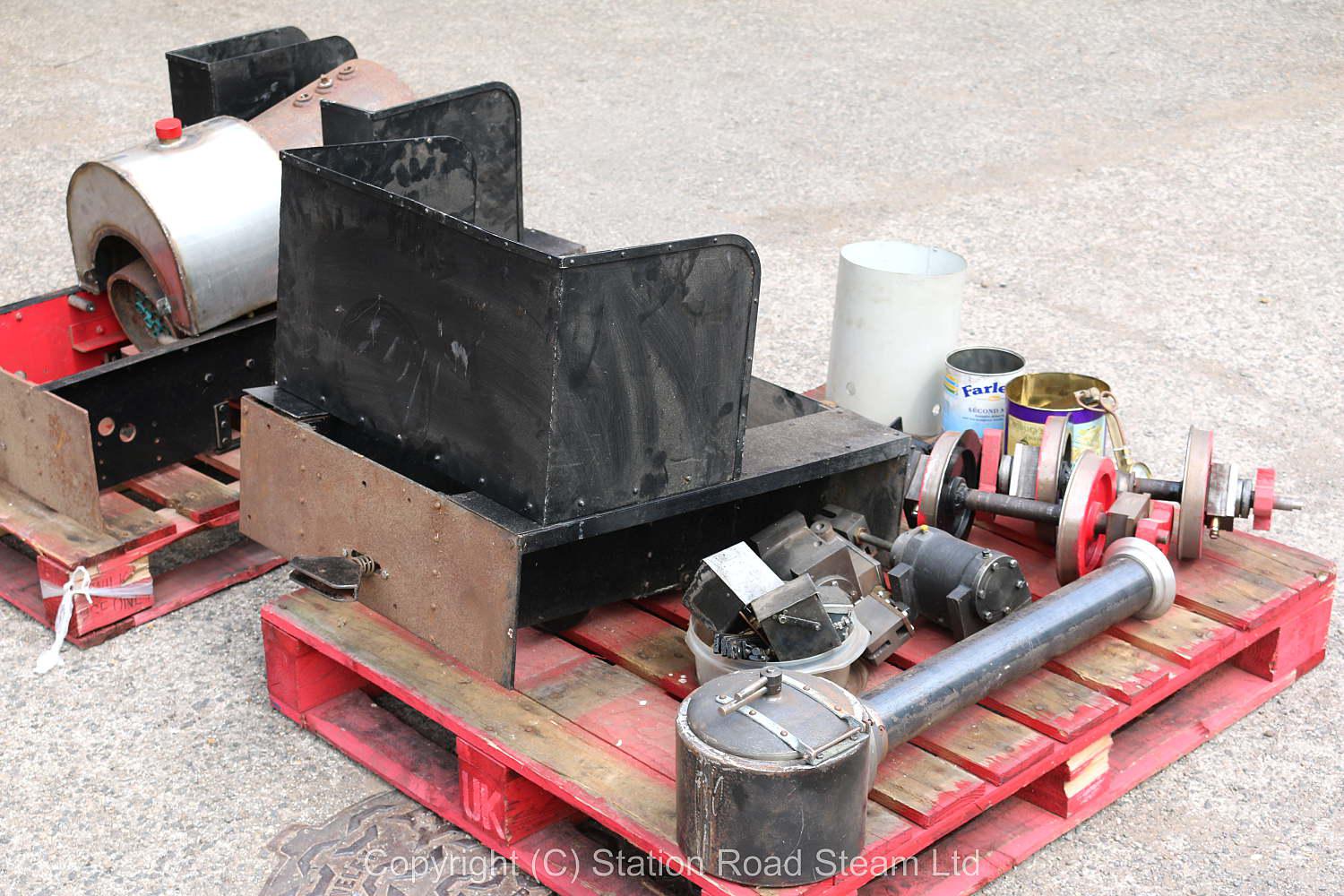 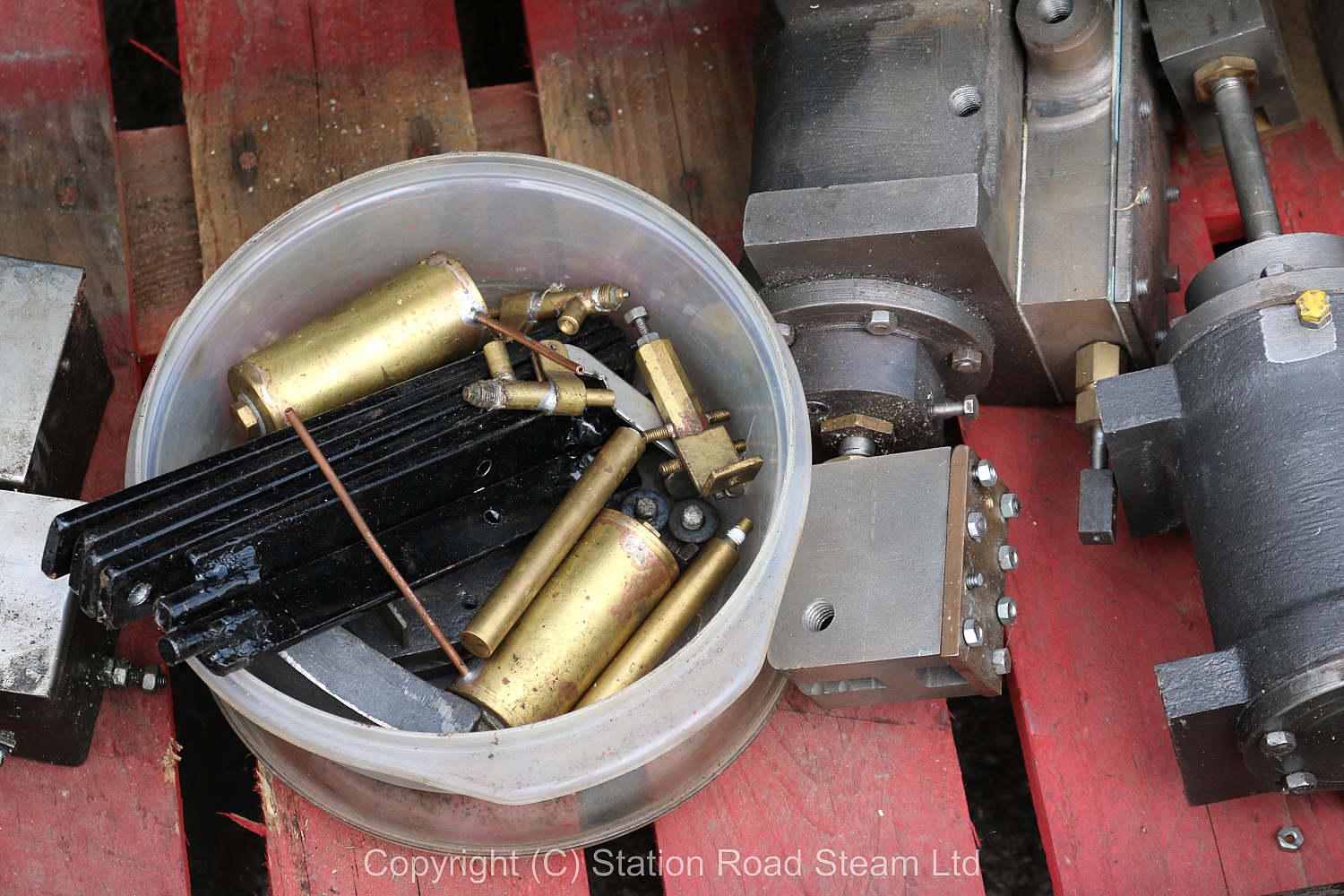 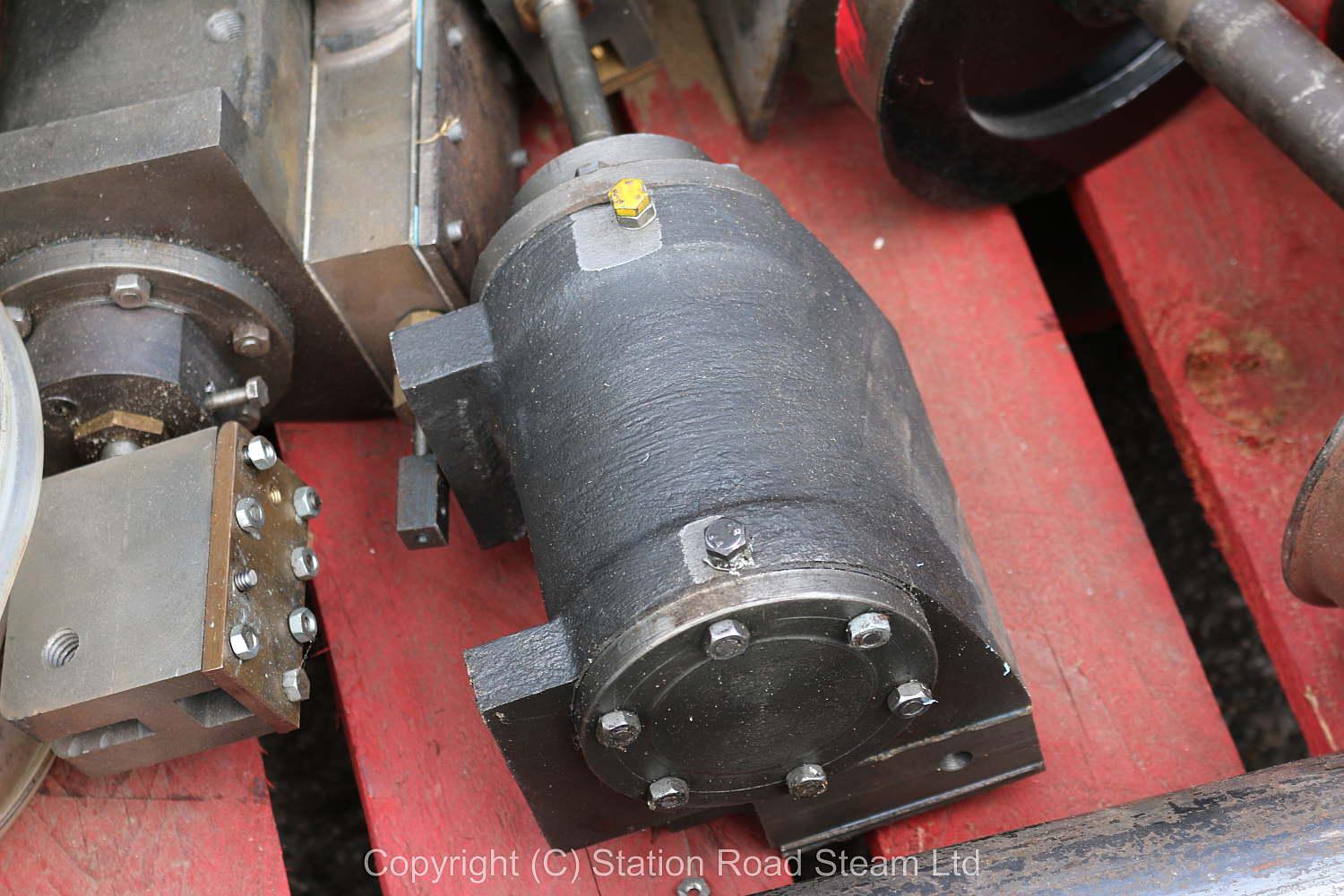 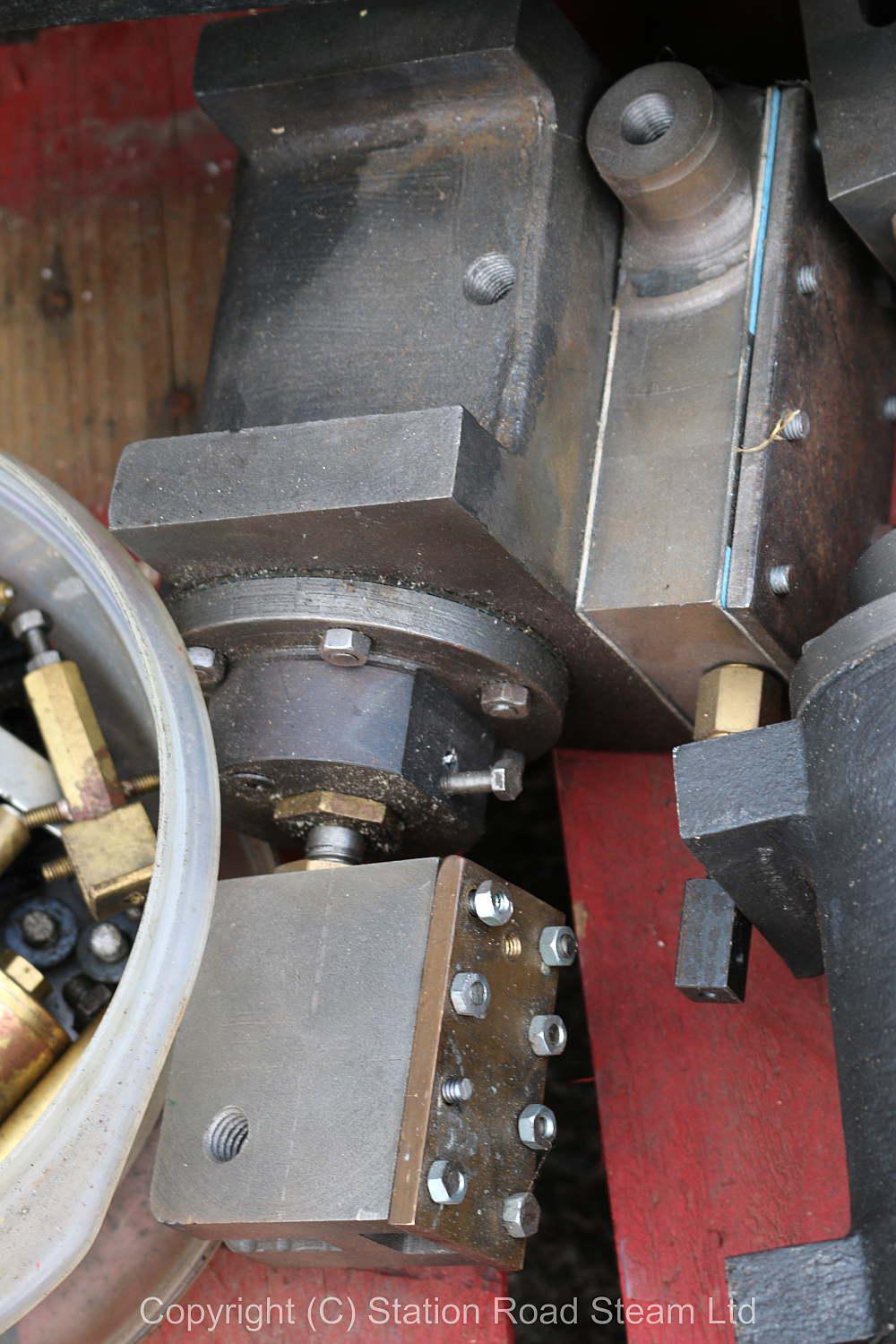 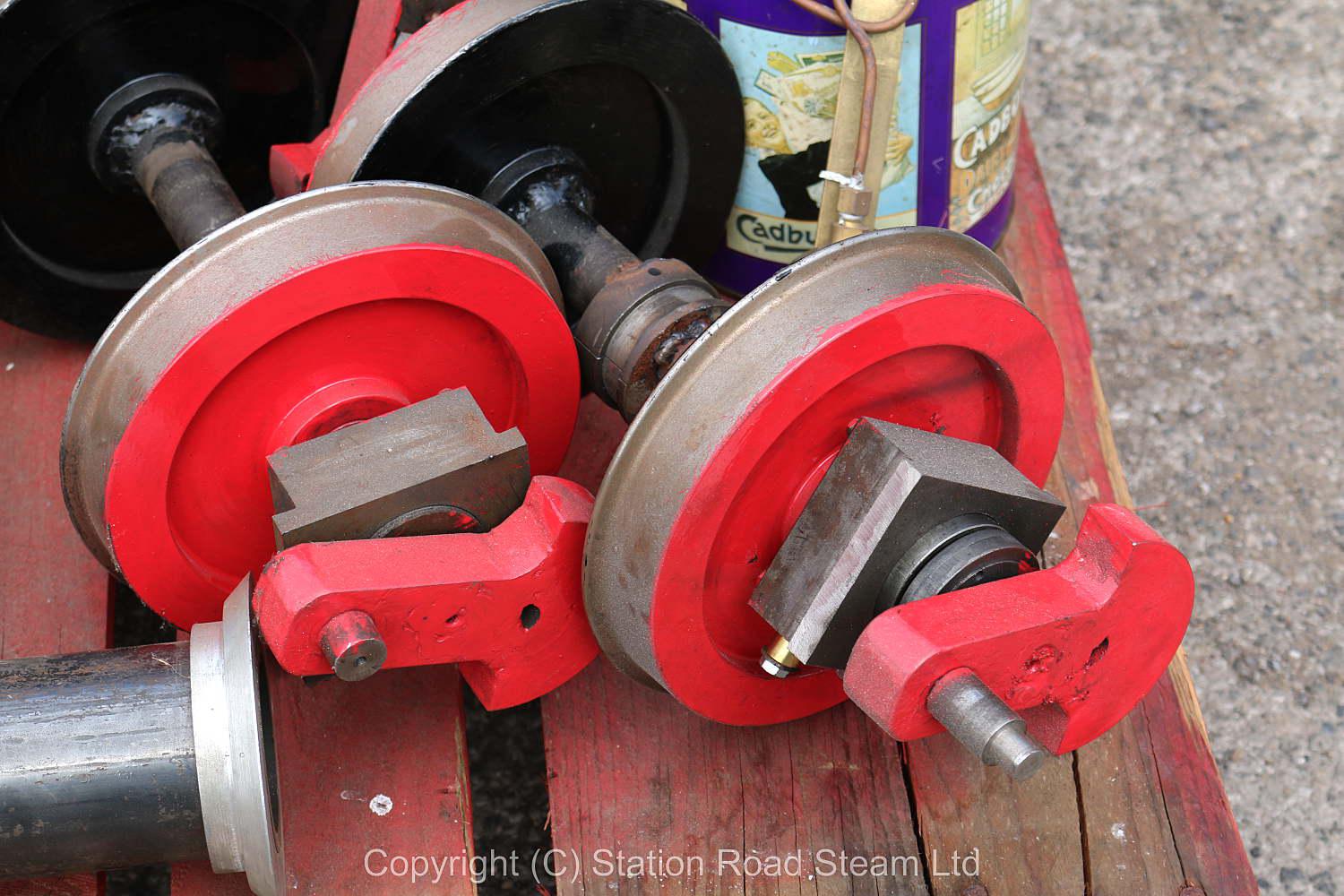 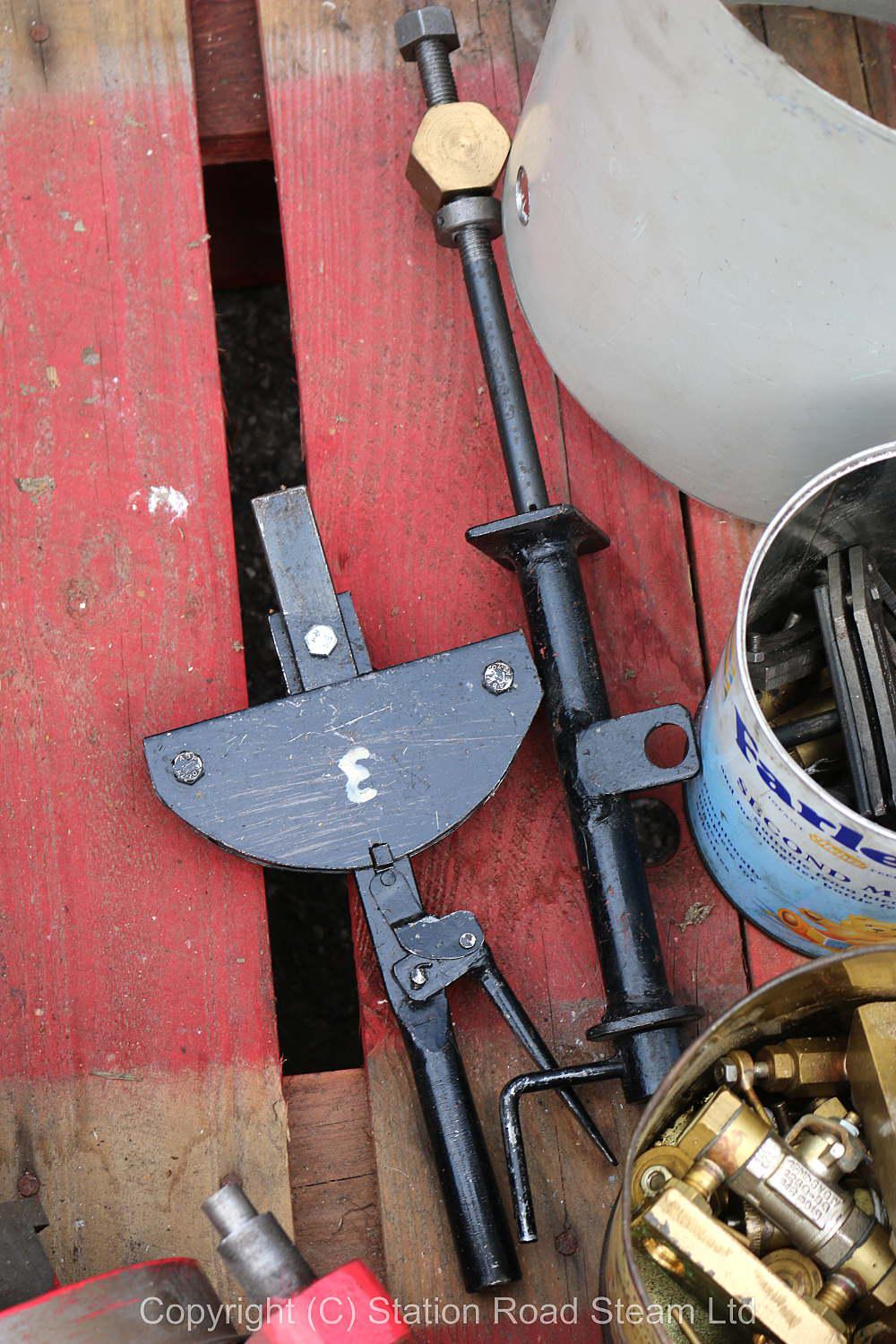 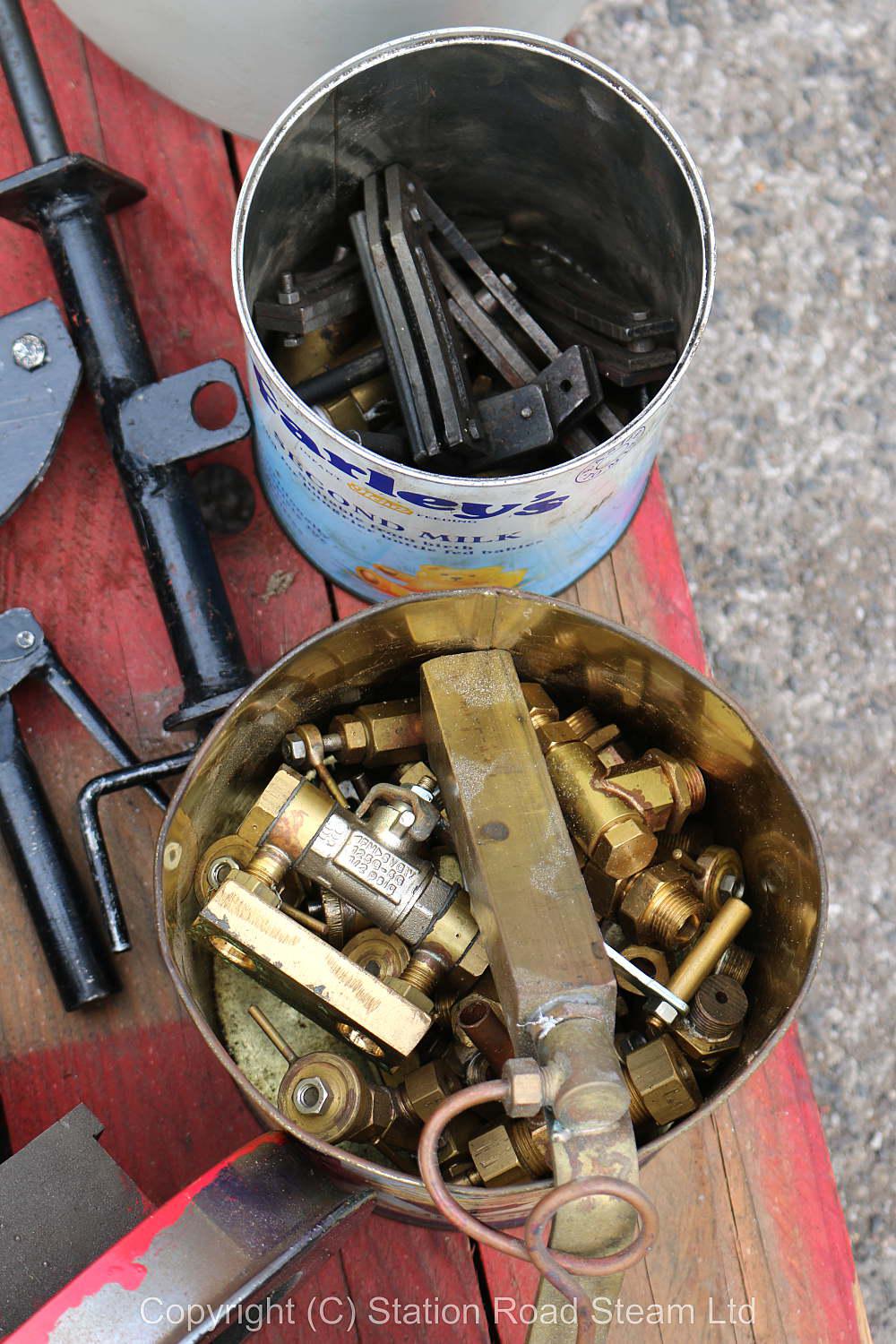 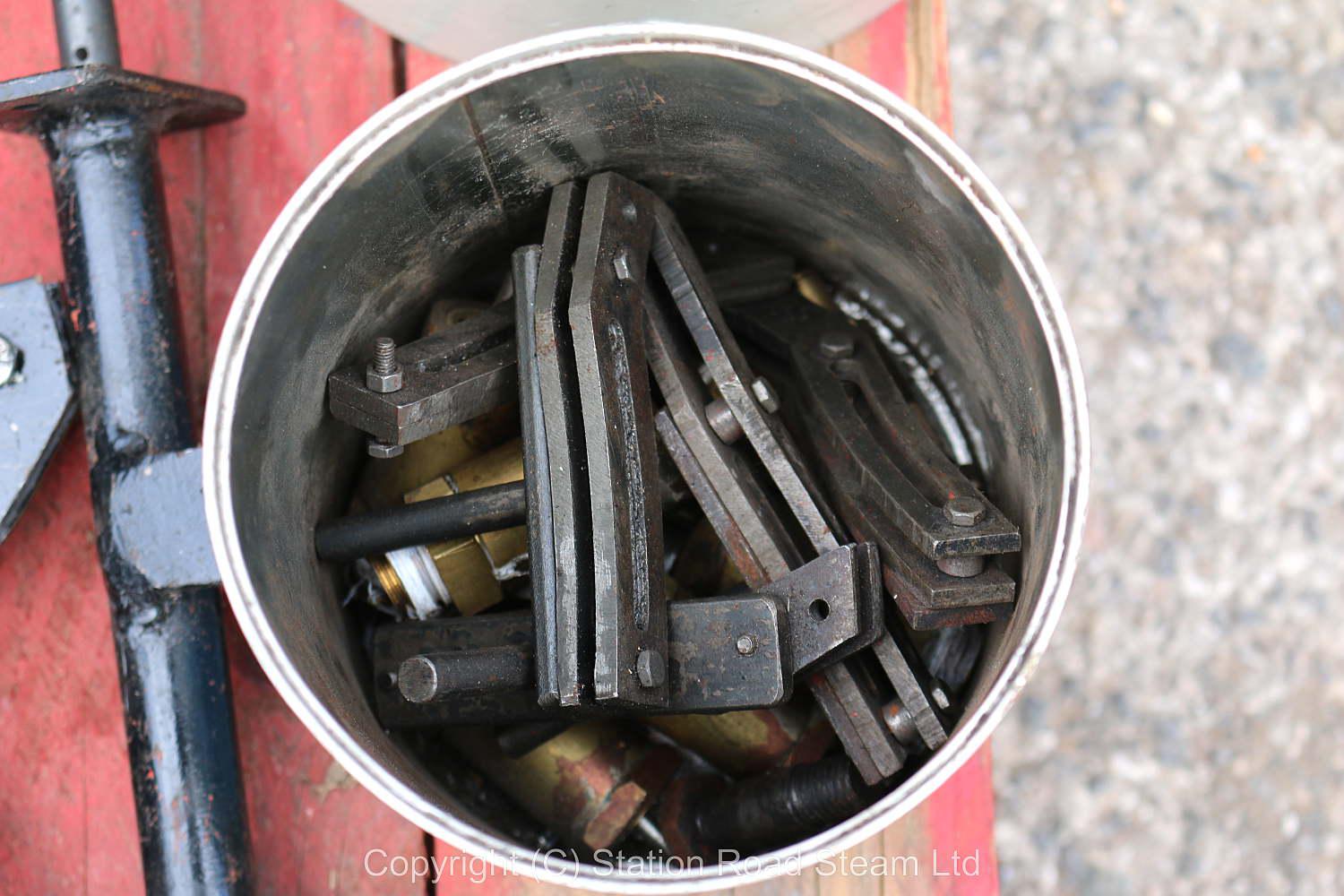 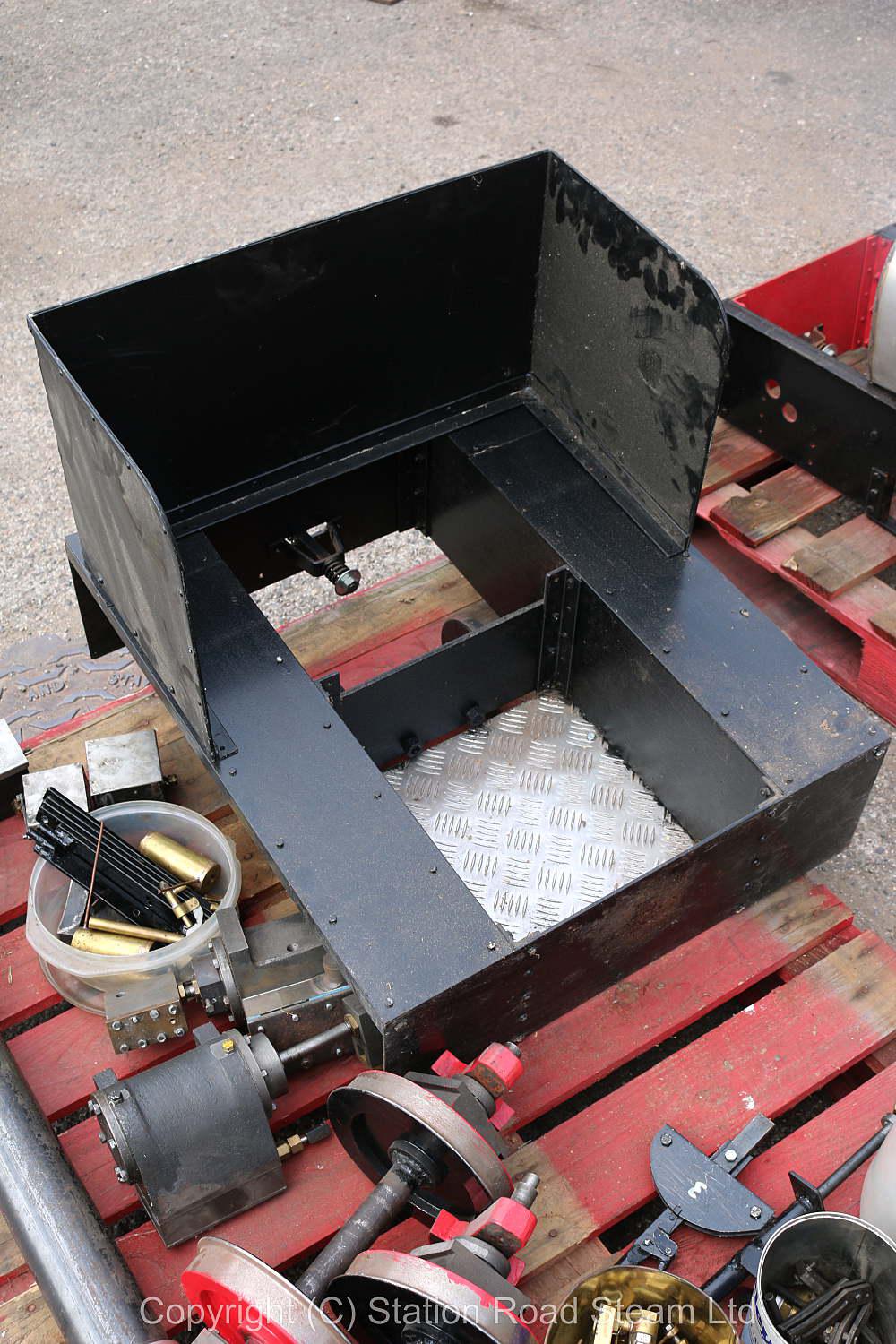 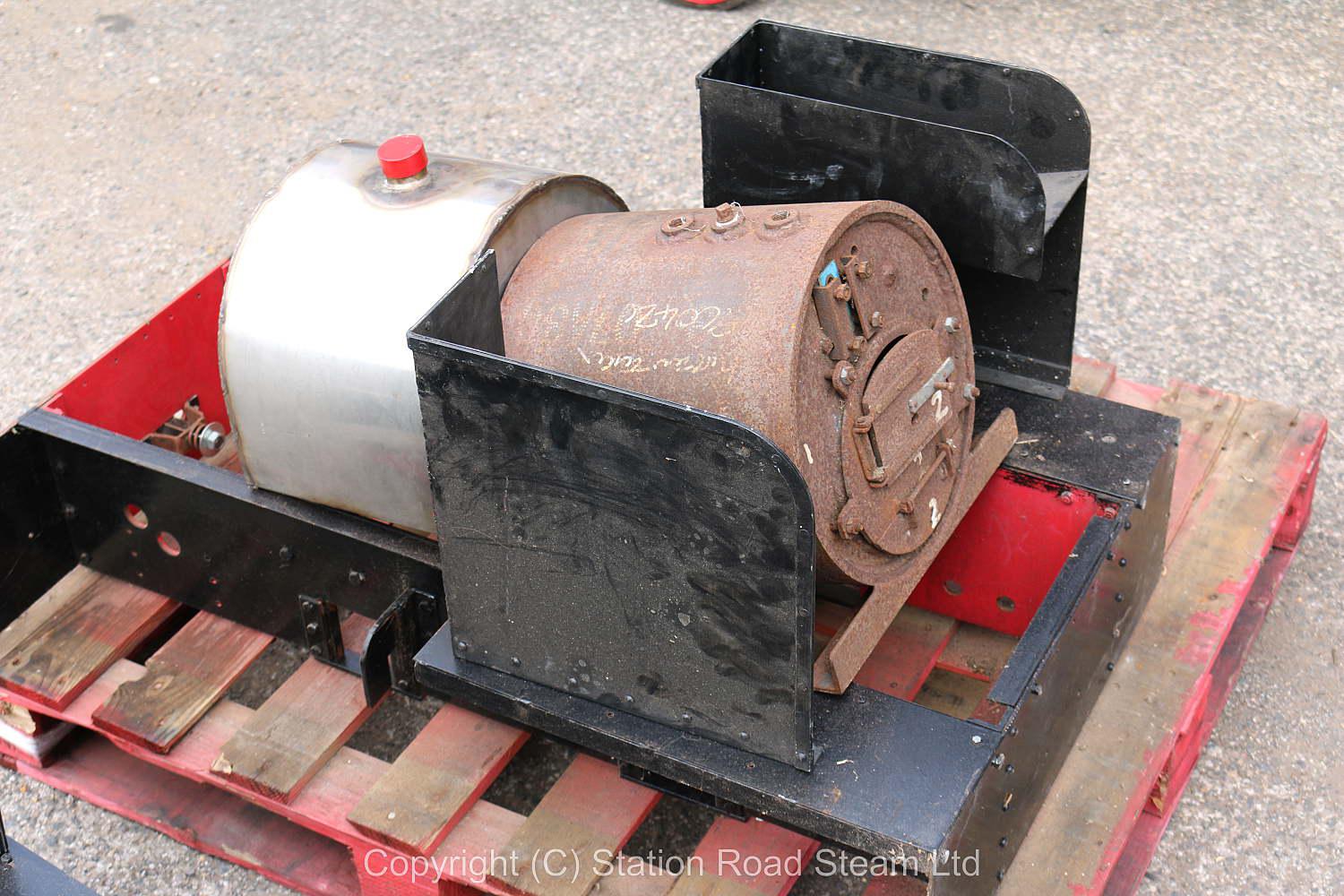 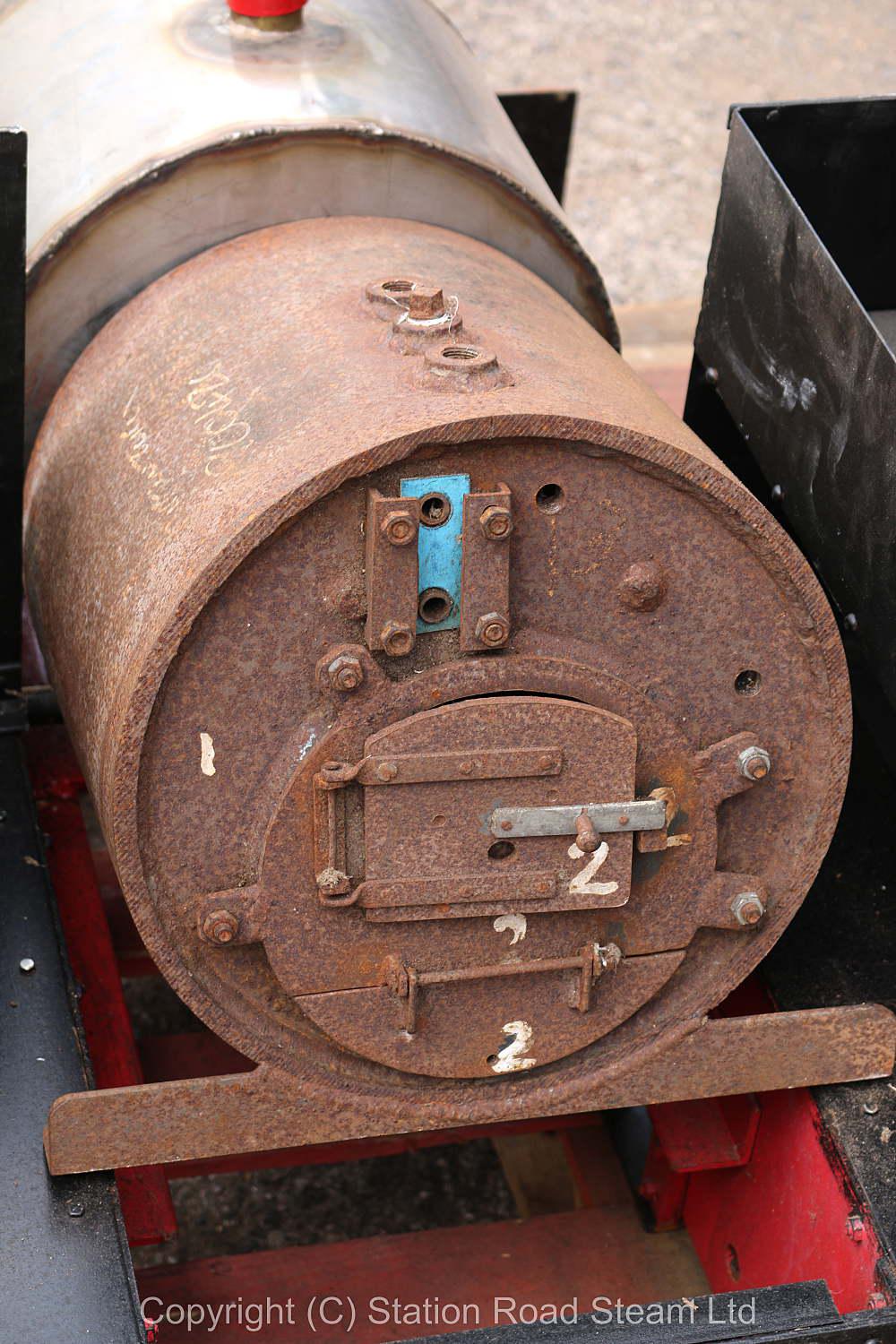 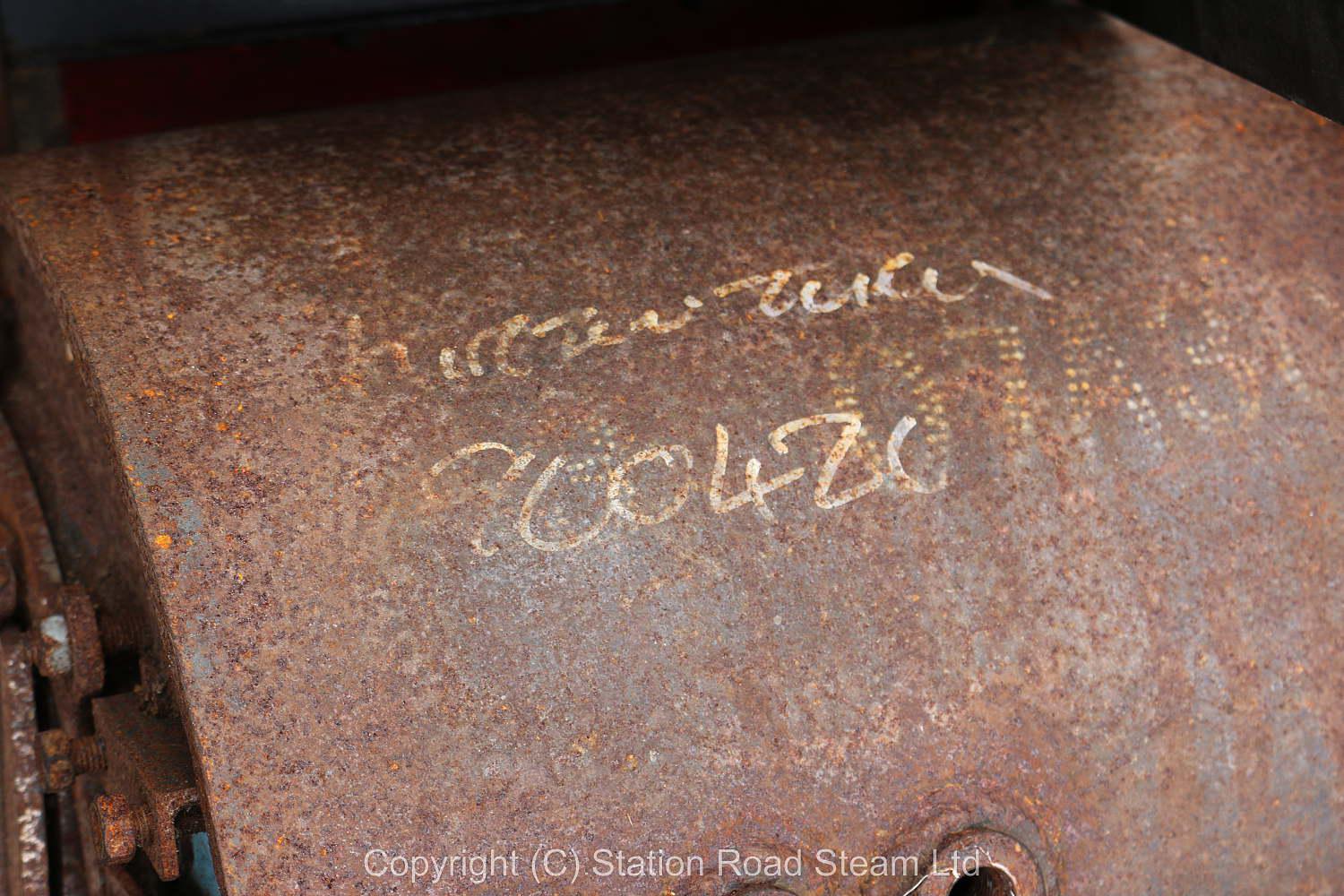 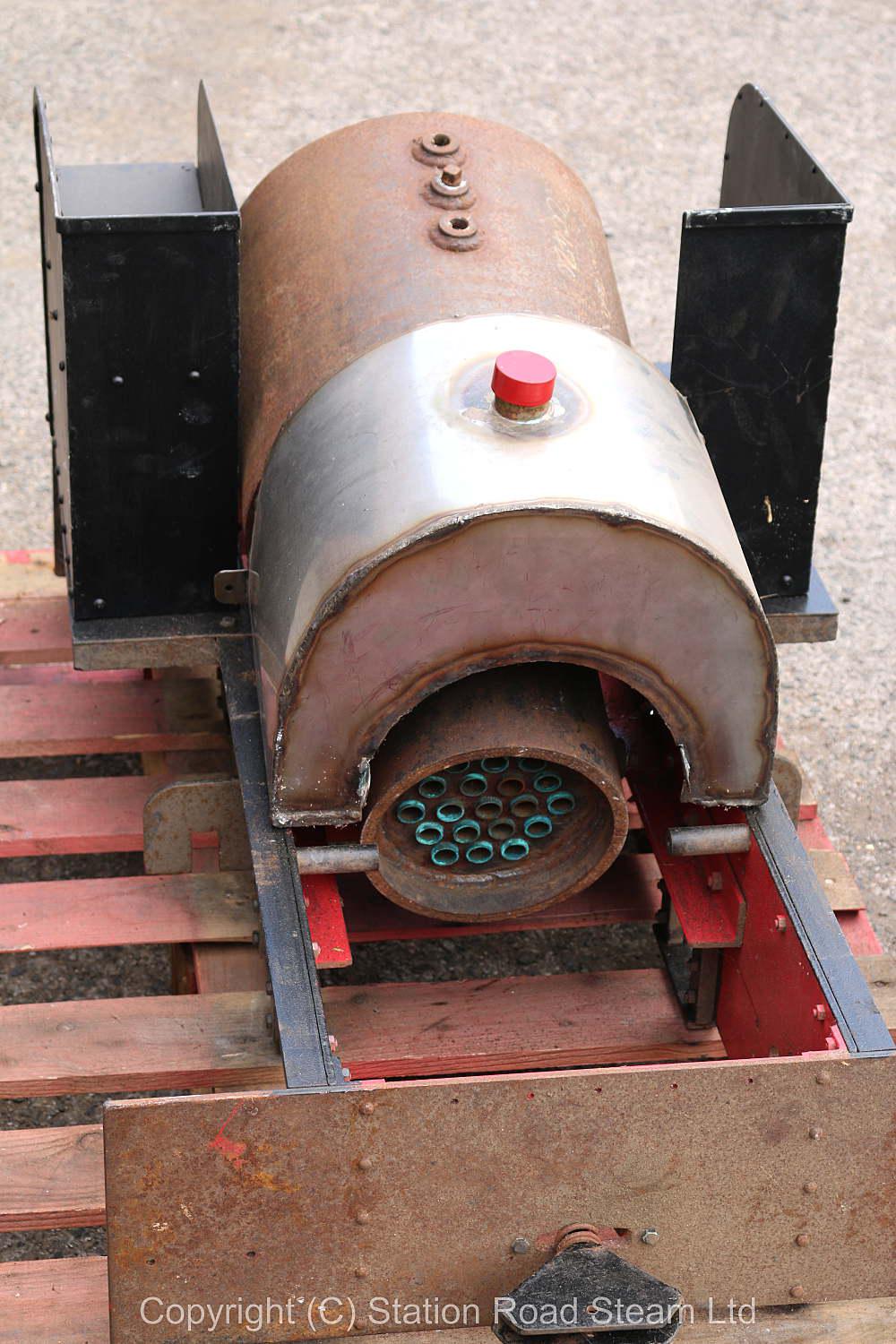 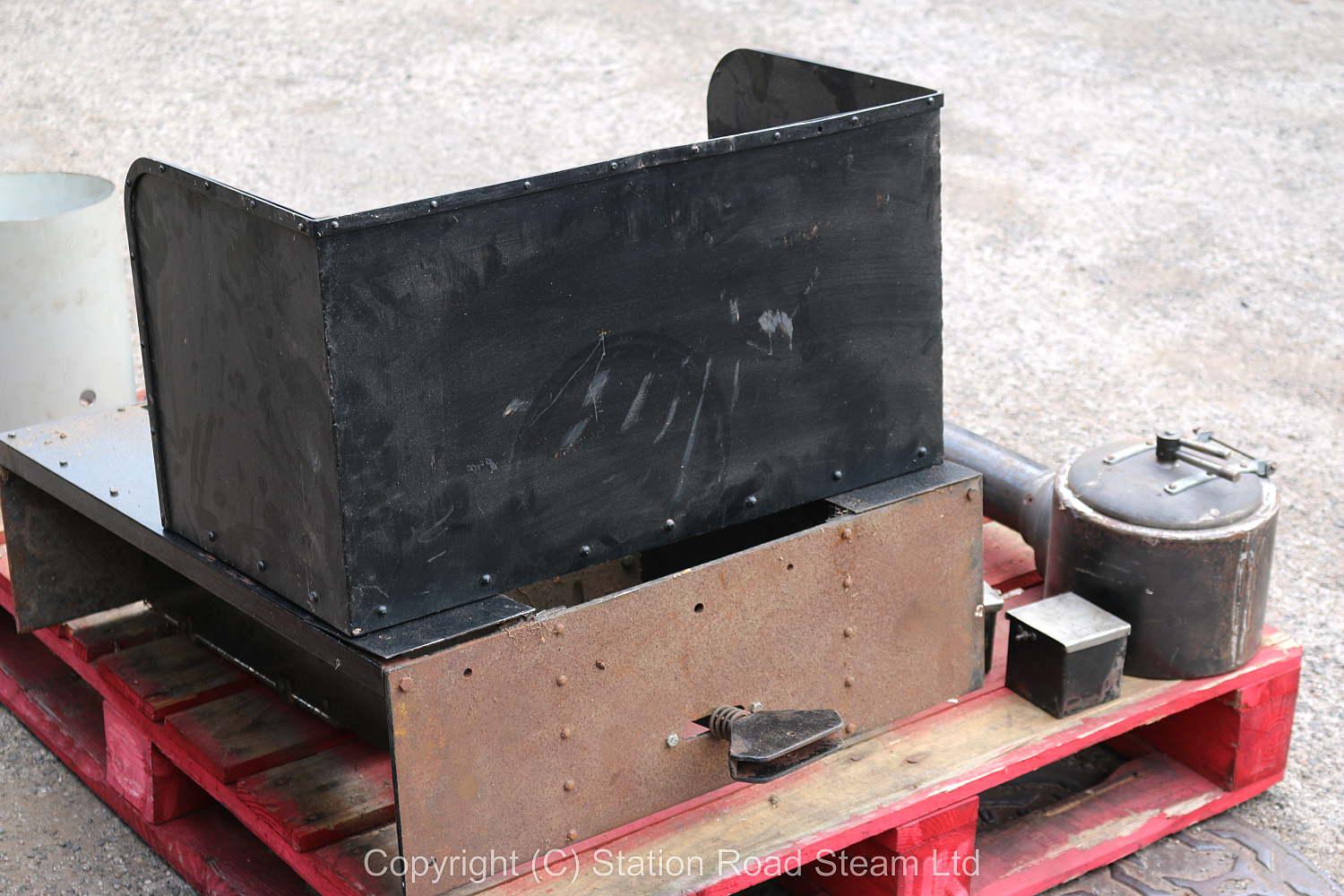 Left in Eric Walker's workshop after he'd completed his last engine, this is pretty much a complete set of parts for one of his smaller 0-4-0 saddle tanks, complete with his trademark two wheel tender. Originally derived from the "Sweet William" design, as he built more engines over the years each successive one became more Walker and less William. He built two or three to this basic design - we've had them all over the years, pictures in the archive show what a finished one looked like "ex works" and again having been converted to four wheel tender and repainted in the hands of its next owner.

A pallet full of bits, comprising:

Much light surface rusting - the parts have been stood in a workshop untouched for nearly two years - but easy to clean up, there is no heavy corrosion.