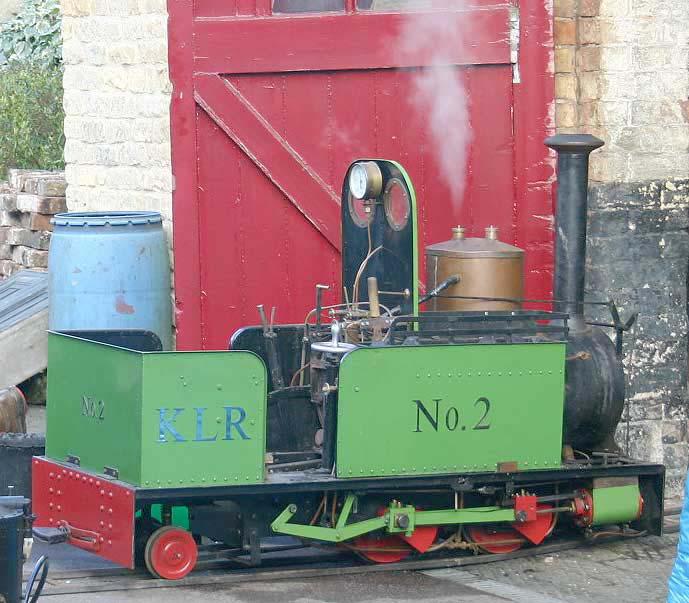 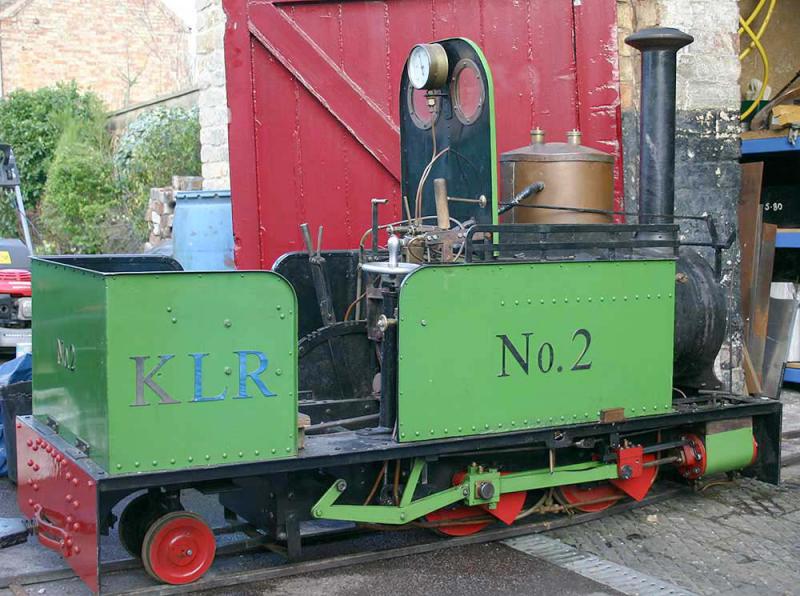 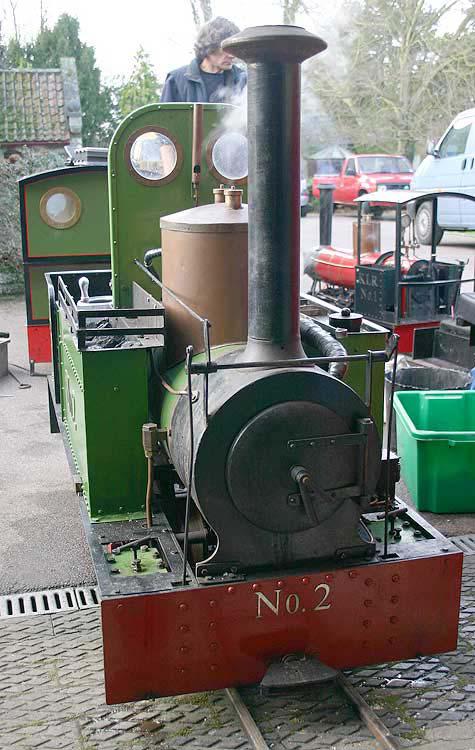 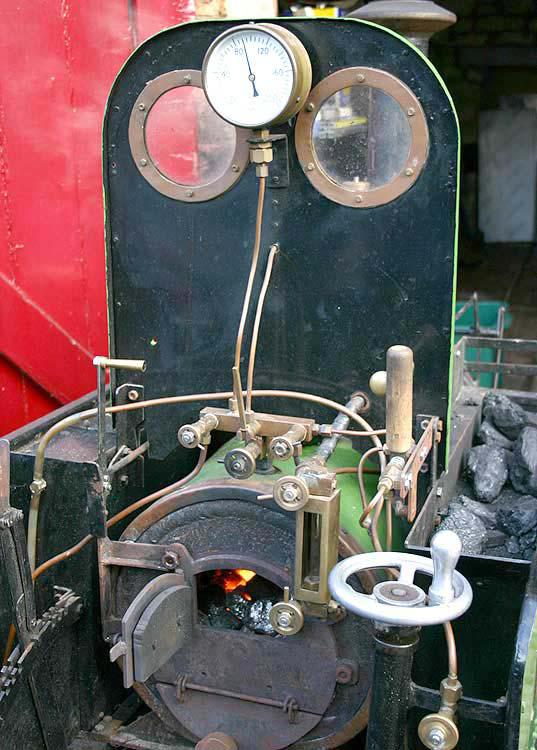 I bought this Tinkerbell a few months ago in anticipation of getting my own railway up and running this Spring. I had driven Joe Nemeth's superb Tinkerbell at the Oldown Miniature Railway, and fallen in love with this smallest of "real" engines - a locomotive capable of hard work on commercial duties, running on 7 1/4 track yet at the same time accomodating the largest of drivers (including my 6' 5" and size 13 feet in its capacious footwell) for several hours at a stretch without either engine or engineer feeling distressed. By gum, Roger Marsh knew how to build an engine!

This engine was built by a local engineer, who started by building a Romulus for his new garden railway, then, wanting something larger, did this one next. After that things started getting a little surreal with a Tinkerbell Garrett (0-4-2+0-4-2) then a single Fairlie version of the same built in rapid succession. Obviously knew when he was onto a good design.

It has to be said at the outset that, whilst he knew how to put an engine together, the blobs and gadgets (in which I include all the plumbing and paintwork) were a complete blind spot for him. What you see here is a soundly put together engine which goes well, stops well (with an effective steam brake) and will steam all day but with pipework that looks as if it's been knitted and a livery that probably contravenes the Geneva convention. The green is even worse in the metal than the pictures show. Apart from the dire shade, I've know idea what possesses anybody aged over eight years old to paint motion work green and the cylinder end covers red.

My intention for the engine was to run it through this year, whilst improving the overall appearance by a little judicious replumbing a la Joe's engine and a repaint next winter into lined maroon. Events, as described on the news page, have now overtaken things. The ex-Oldown Tinkerbell is now in my engine shed alongside this one and, to quote Mrs P "To buy one Tinkerbell may be regarded as a misfortune; to buy two looks like carelessness" (or something like that). One has to go (and it's not the red one...).

Professionally-built steel boiler by Ward's of Sheffield, expanded in tubes. Fusible plug in firebox. Water feed by injector and axle pump with bypass. Twin safety valves, working pressure 100 psi. Slide valve cylinders actuated by Heywood derived valve gear. The trailing truck has a wide degree of articulation allowing working on tight radius track - I have minimum radii of 25 feet on the new track here, they have been known to go round tighter!

The boiler inspector tested it yesterday, it has a new certificate through to March 2006.