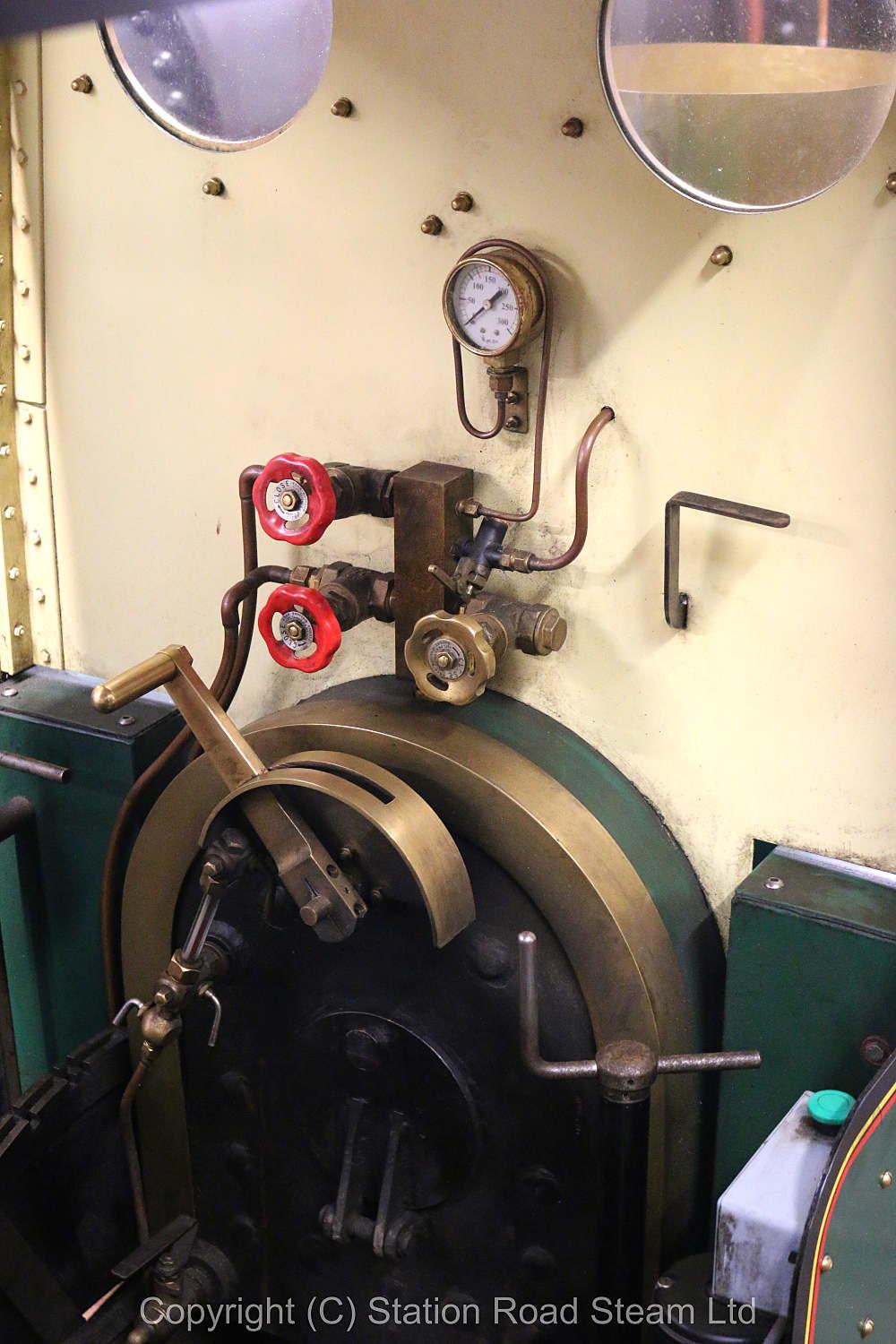 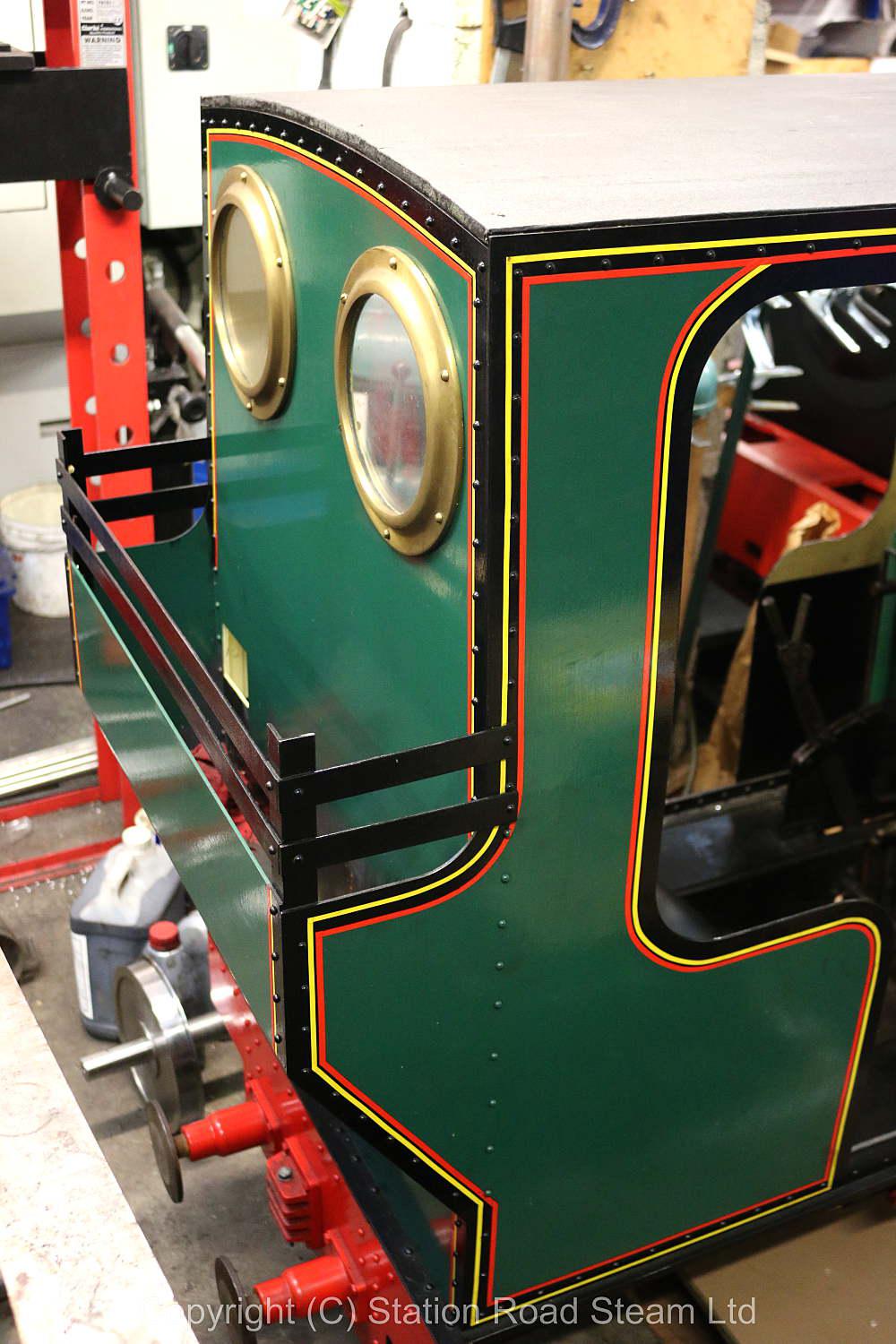 Apologies for the pictures of this one - no sooner had it arrive than it went out again, these were a couple of shots grabbed in the workshop before it disappeared.

Built by an experienced engineer, this one straight after he'd finished a 7 1/4 inch gauge GWR 1366 - "little and large" springs to mind. I think the first Tinkerbell Pete drove was my own engine "James", so I may have had a small part in inspiring the build of this one.

Commercially built welded steel boiler with expanded tubes. 120psi working pressure, feed by injector and high pressure electric pump. Must admit to being a bit ambivalent about the pump - I'm more of a twin injectors man myself - but have to admit it's quiet and effective. Feels very odd when the safety valves start lifting just pressing a button and they mysteriously settle back down again, but I suppose that's progress.

Completed in 2012, it's been lightly used (and not at all in the last six months) and well-maintained - fairly typical of an owner/builder engine. It runs well, we had it in steam one afternoon last week.