Sold February 2015 Back to Archive 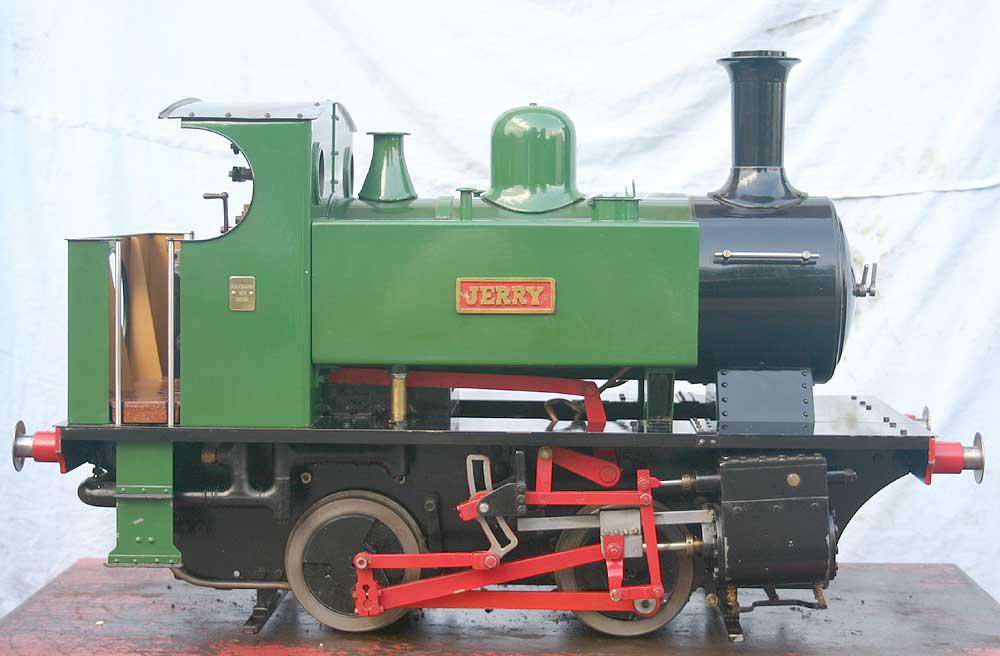 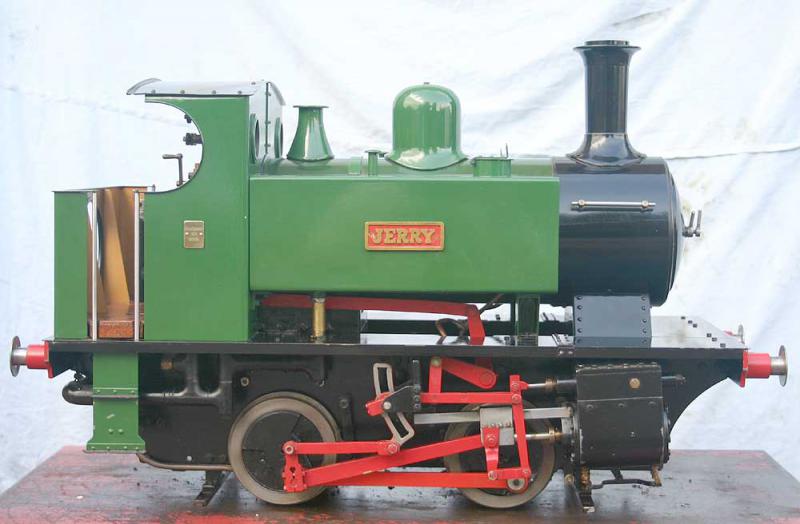 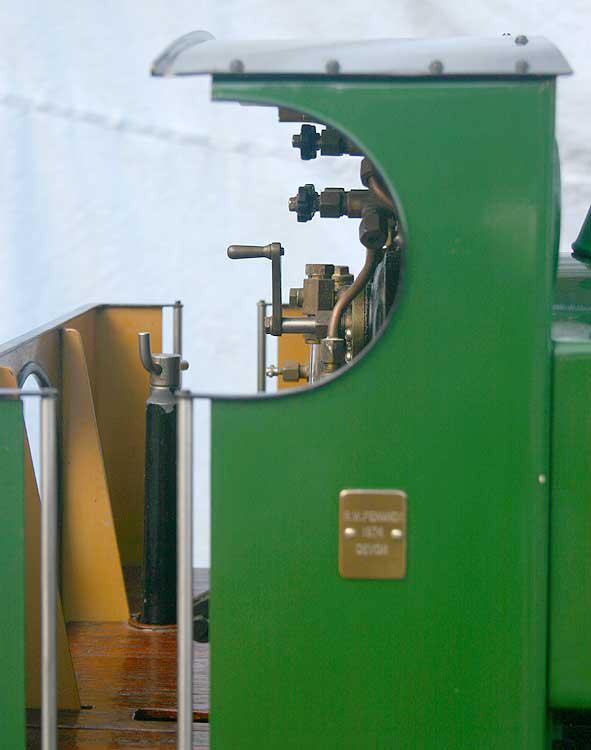 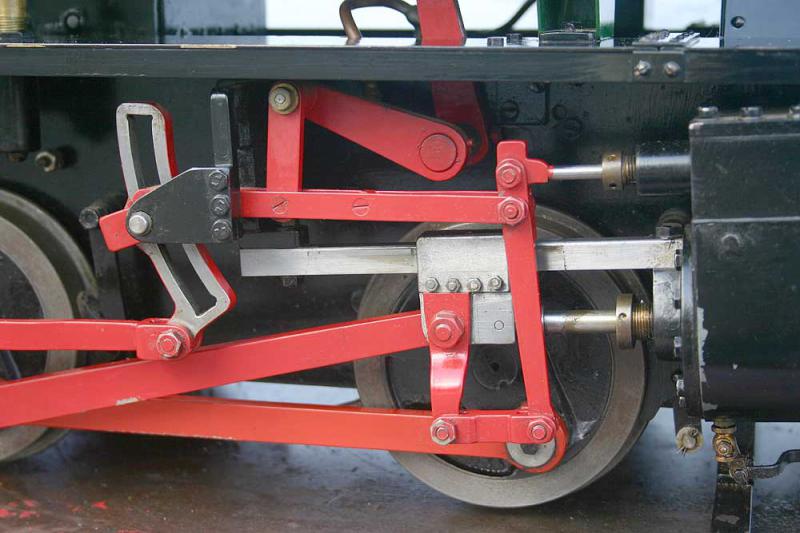 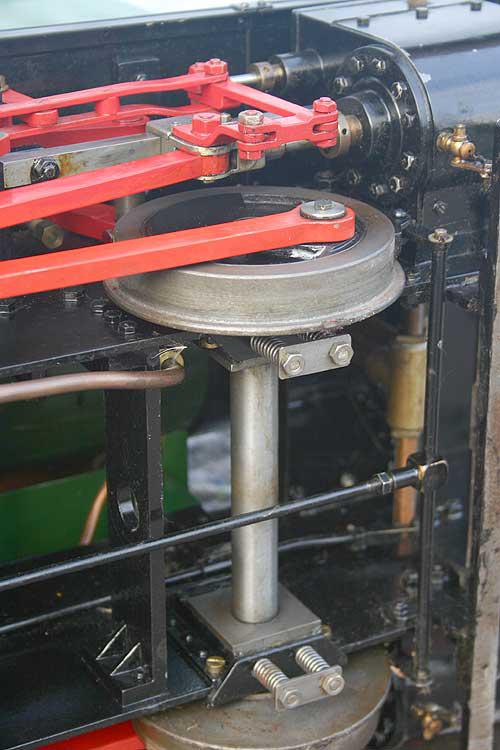 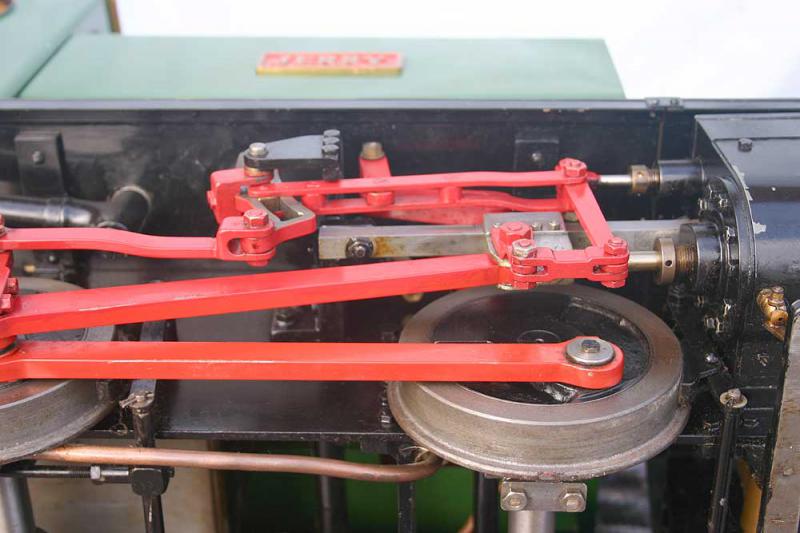 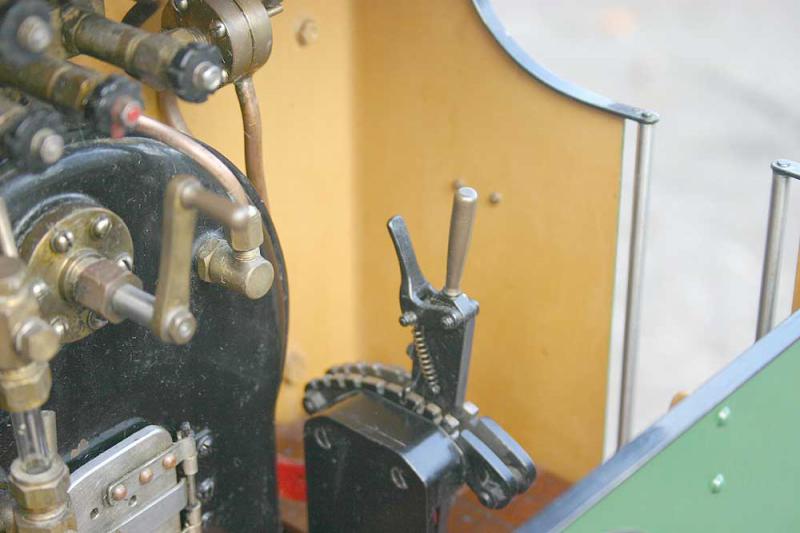 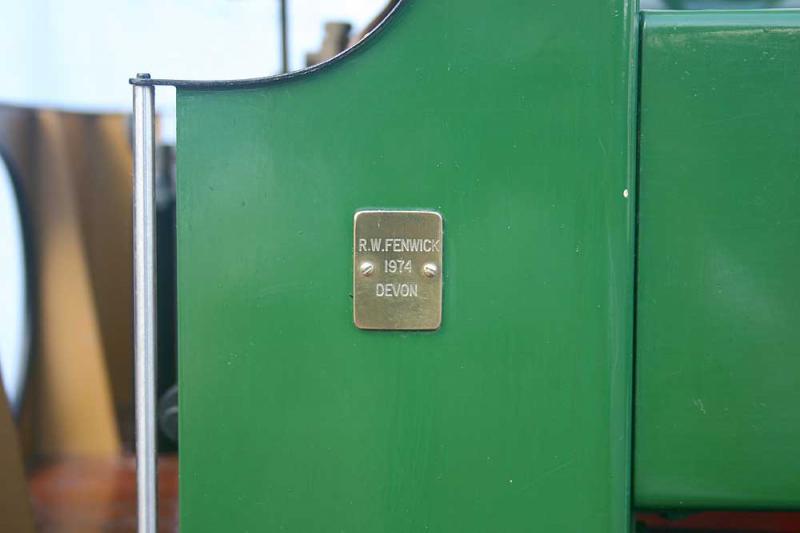 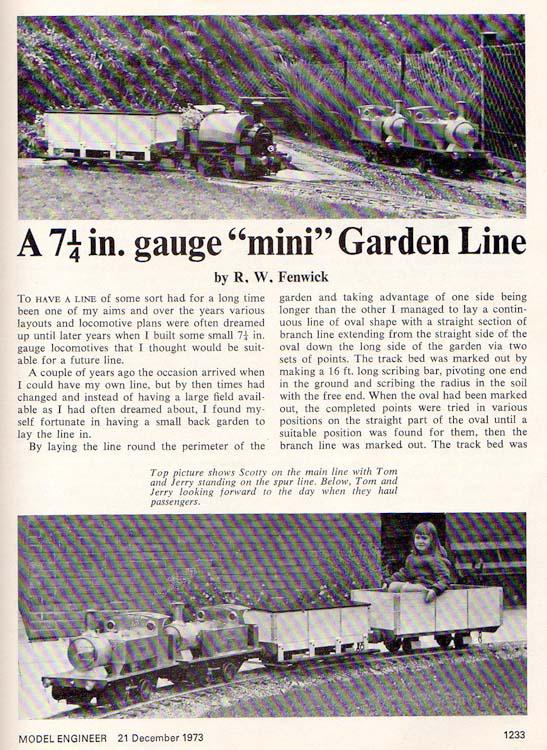 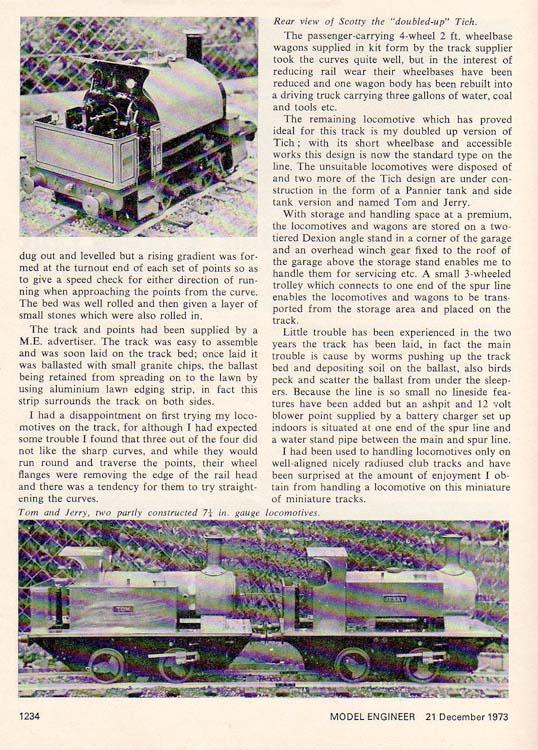 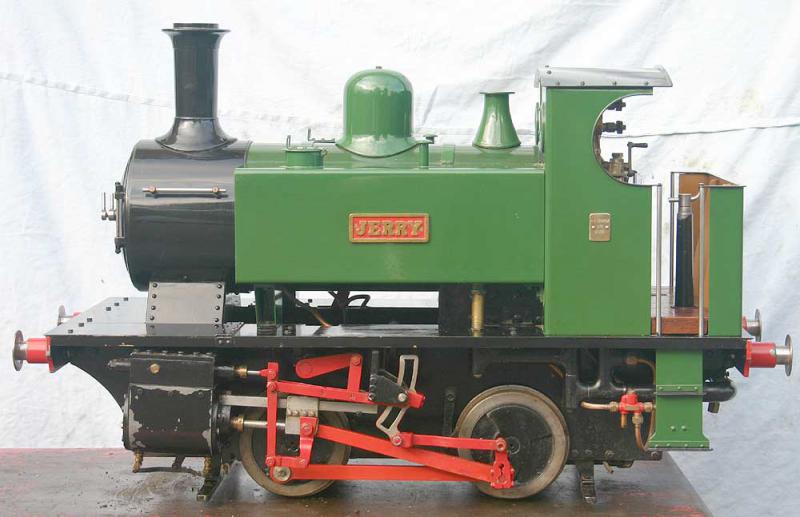 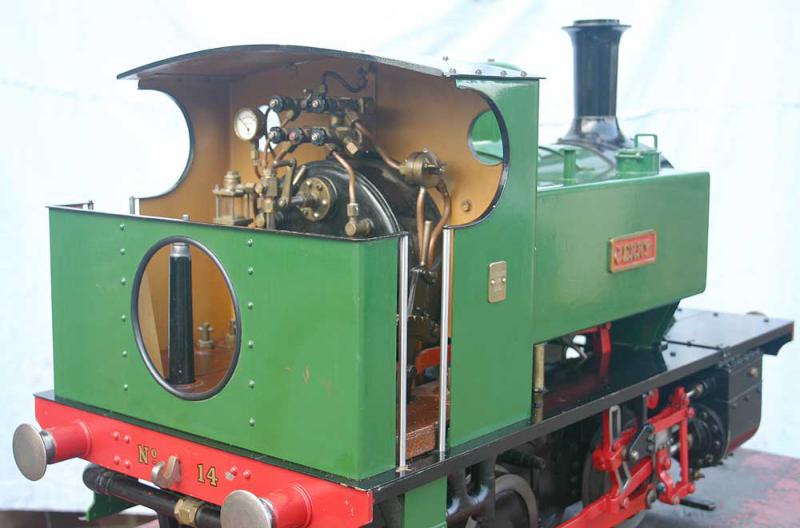 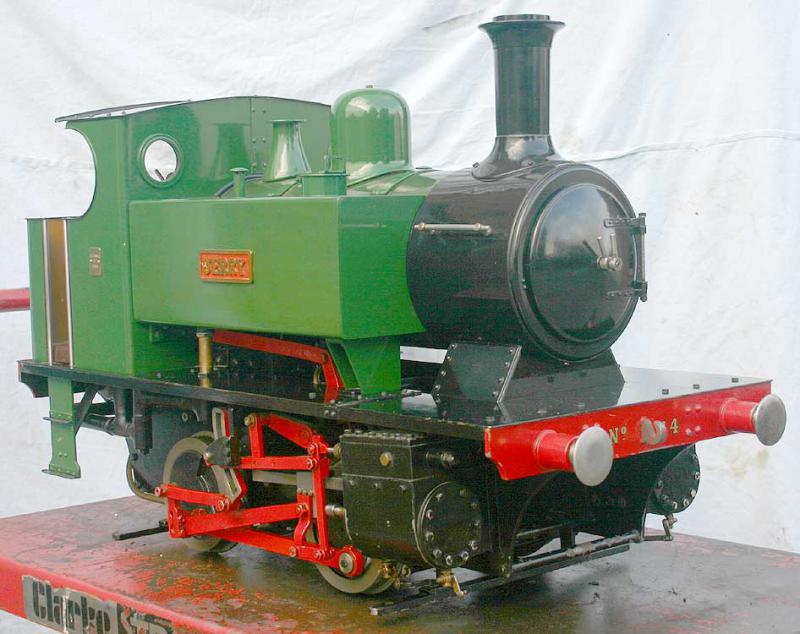 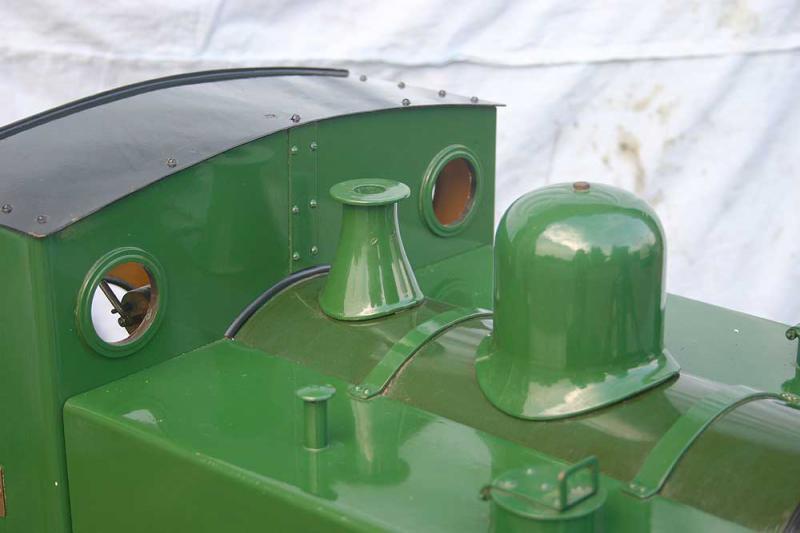 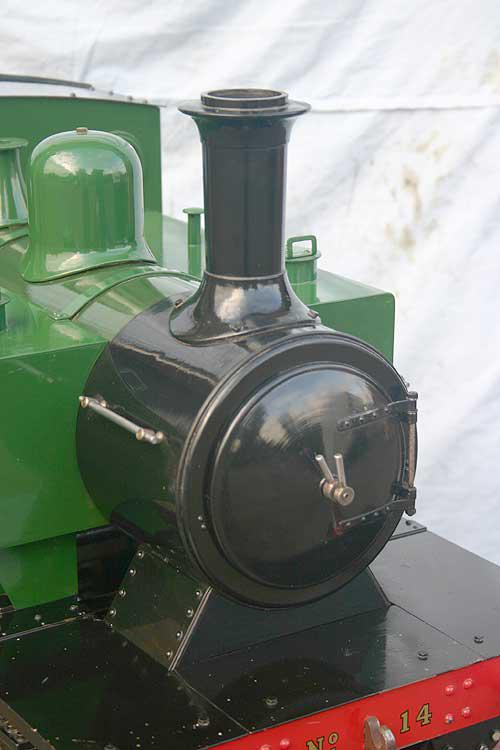 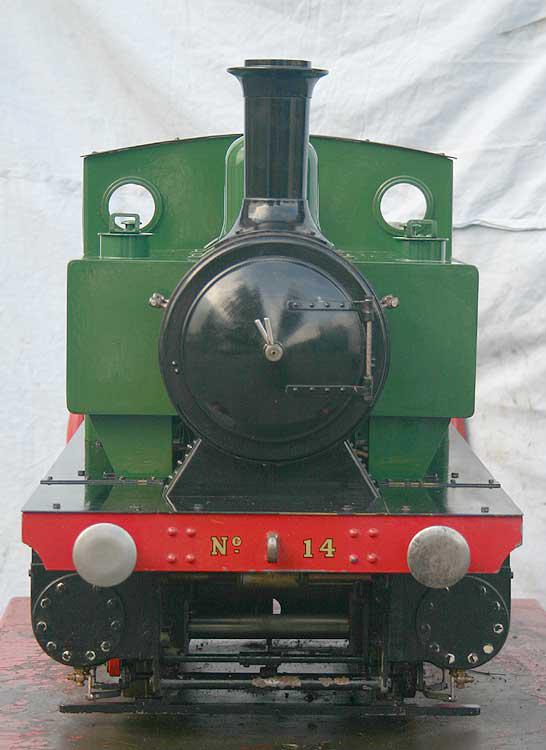 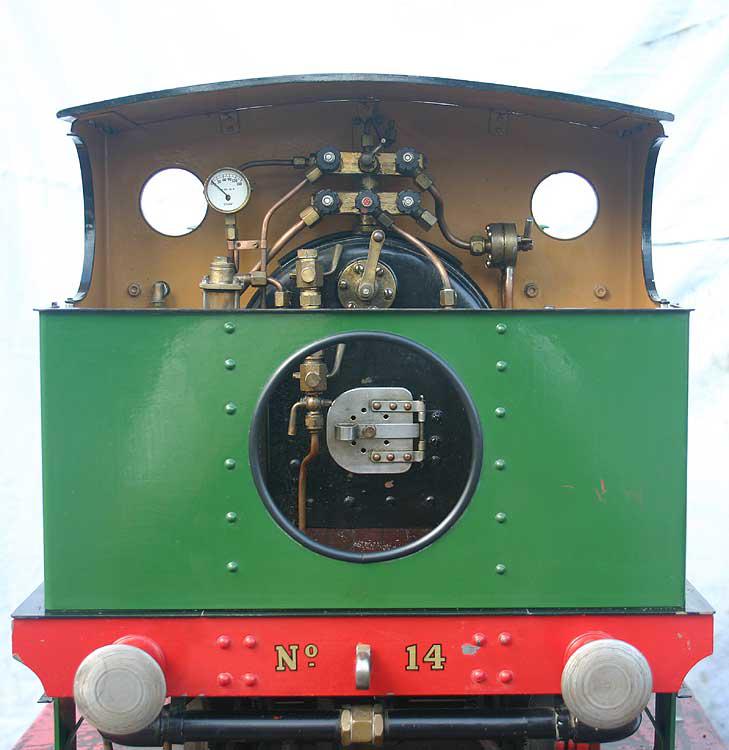 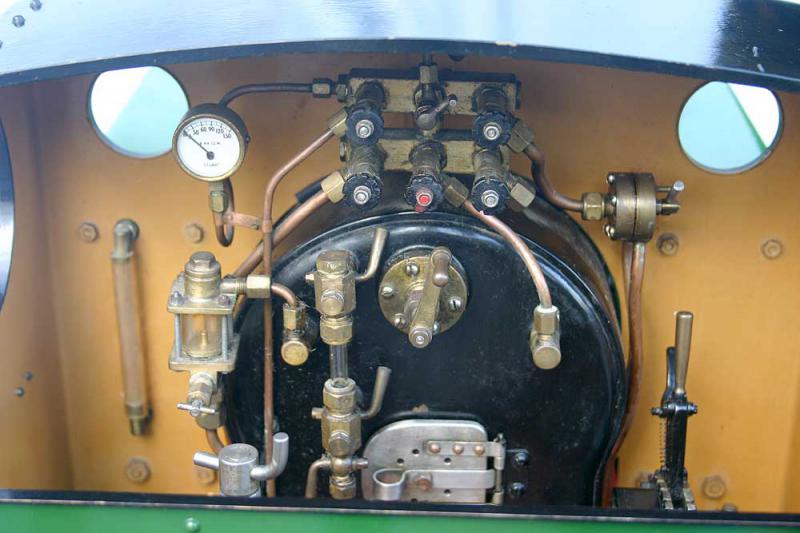 I sold this one back in 2008, it had been built as one of a pair in the 1970s. It's recently come back in having had light club use for the last few years - the owner, having moved house has downsized to 5 inch gauge. Still runs as well as ever - there's a clip of it in steam outside the workshop here - finish is still good, although the cylinder cladding sheets could use repainting.

I remember reading the story of this engine in "Model Engineer" when I was a boy. The builder, having dreamed of retiring to a house with a large field for a railway found himself instead in rather more modest accomodation. The locomotives that he had built in anticipation of his retirement were all too large for the railway that could be fitted into the land available, so he set to and built a saddle tank version of LBSC's "Tich", doubling up the drawings for 7 1/4 inch gauge.

So successful was this first engine, "Scotty", that the larger locomotives were sold and work commenced on another pair of Tichs. At the time the article was published, the two new engines were shown on the railway well on their way to completion.

It would be nice to know what happened in the intervening years, but thirty-three years later one of the pair remained unsteamed and the other appears to have been steamed once. Although completed, it appears the builder didn't get to run them on his railway after all.

Both engines have silver-soldered copper boilers by Chambers of Weymouth, working pressure 100psi, feed by injector and a hand pump rather ingeniously hidden inside the frame and worked remotely from the footplate. Cylinders with slide valves actuated by Walschaert's valve gear, pole reverser in cab. Sight feed lubricator with tank beneath footplate, steam brakes with driver's valve in cab. The water feed from the tanks has a spare union for a second injector if required, there is a spare steam takeoff on the fountain for same. Sturdy derailing bars are fitted at both ends.

Workmanship is to a high standard, the fit and finish of the motion work is good. The boiler appears as-new, the smokebox tubeplate still shows copper coloured. Several things indicate that the engine had never been run, the ashpan was unmarked, the grate as-new and the sight feed lubricator never filled. It's a tribute to the builder that, over thirty years after emerging from the workshop, the engine ran "straight from the box" after a good oil round.

"Tich" is an excellent design in 3 1/2 inch gauge but I think it doubles up particularly well. The big version is just as free-steaming as the small one, this engine was blowing off for almost the whole hour it was running on the rolling road, even notched right up. As the builder intended, it is a highly manageable sized engine for this gauge and will get round the tightest possible garden lines.

The engine is in, to all intents and purposes, new condition. The only giveaway that is has been steamed is discolouring to the green paint on the boiler barrel, which has a touch of the Stroudley's Improved Engine Green about it when hot.