Sold August 2003 Back to Archive 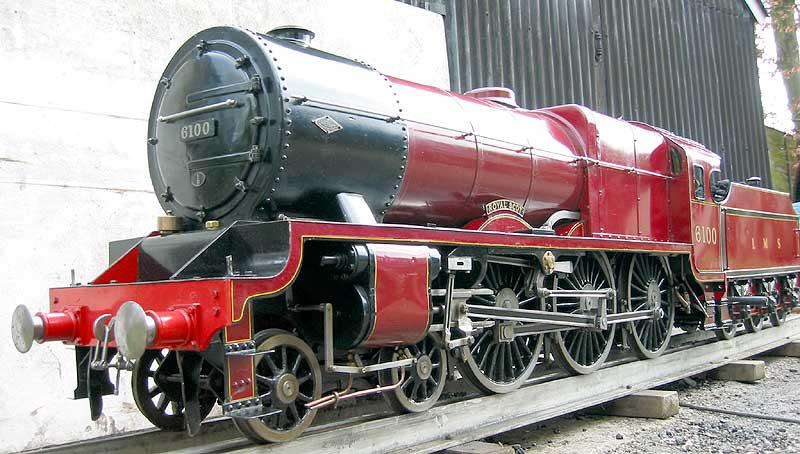 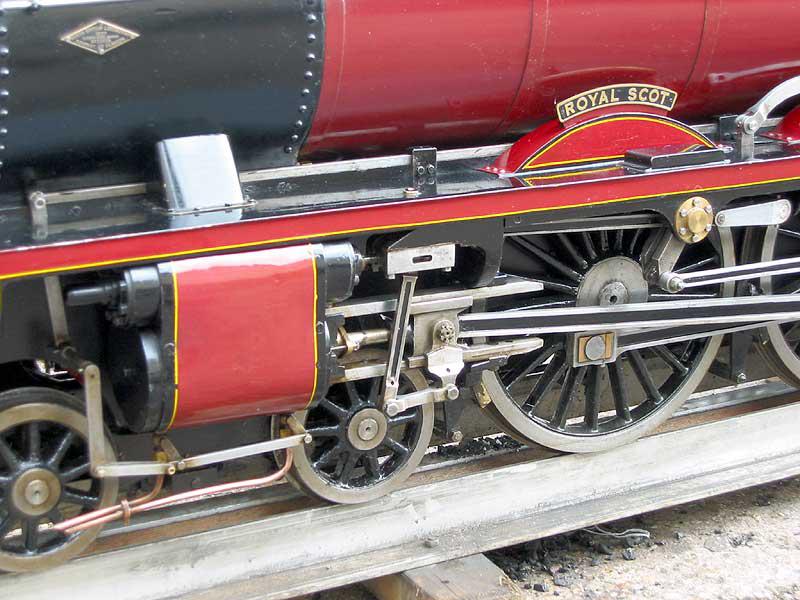 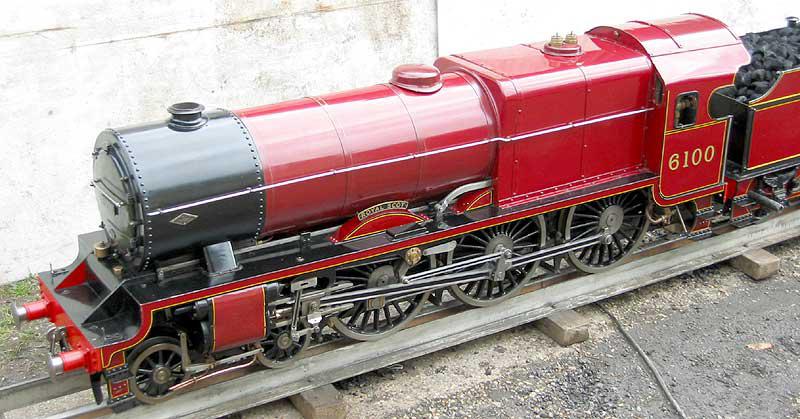 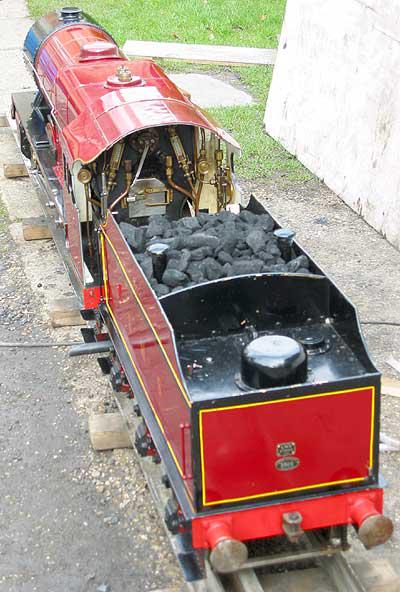 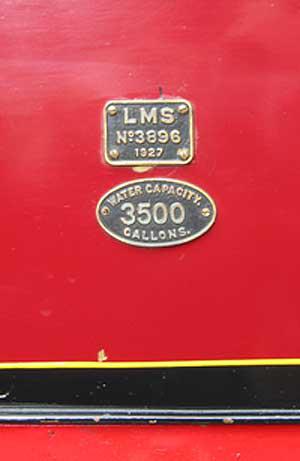 A fine model of the "Royal Scot", the first of a class of locomotives designed by Sir Henry Fowler for the LMS and built in 1927. The original engine toured the USA in 1933 creating much interest - as a result of this visit, Bassett Lowke received an order for a 1 1/2 inch scale model from an American customer, with Henry Greenly preparing the design. Subsequently a second engine was produced for display in their London shop window, after which the model became part of their standard range, available to special order at a price of 500.

We believe this engine to have been commercially built, possibly by Bassett Lowke themselves, but certainly using their castings and Henry Greenly's design - if it was built by Bassett Lowke, it dates from the late 1930s. It is exceptionally nicely made, with well-engineered motion work and is in excellent mechanical order throughout. The engine appears largely original apart from a new professionally-made copper boiler fitted in 1991 and replacement injector - the engine was little used after this and has been in store, unused, since 1996.

The chassis has piston-valve cylinders actuated by Walschaerts valve gear, operated by pole reverser from the cab. A mechanical lubricator beneath the smokebox door feeds cylinders and axleboxes, with a knurled priming knob just forward of the righthand cylinder. Cab-operated draincocks are fitted and the locomotive is fitted with an effective steam brake. The crankpins are fitted with split bronze bearings.

The paintwork is largely good, with some wear and touching up in places. There is a dent in the firebox cladding on the offside top corner which could either be knocked out or filled.

A set of Greenly drawings are included, giving details of both parallel and rebuilt, taper boiler engines.

A most impressive, handsome engine which goes as well as it looks - it's very comfortable to drive, with a padded seat and footpegs which fit to the tender. The original engine, preserved at Bressingham Museum in Norfolk and still carrying plates commemorating the American tour, is currently undergoing a major restoration to mainline working order.