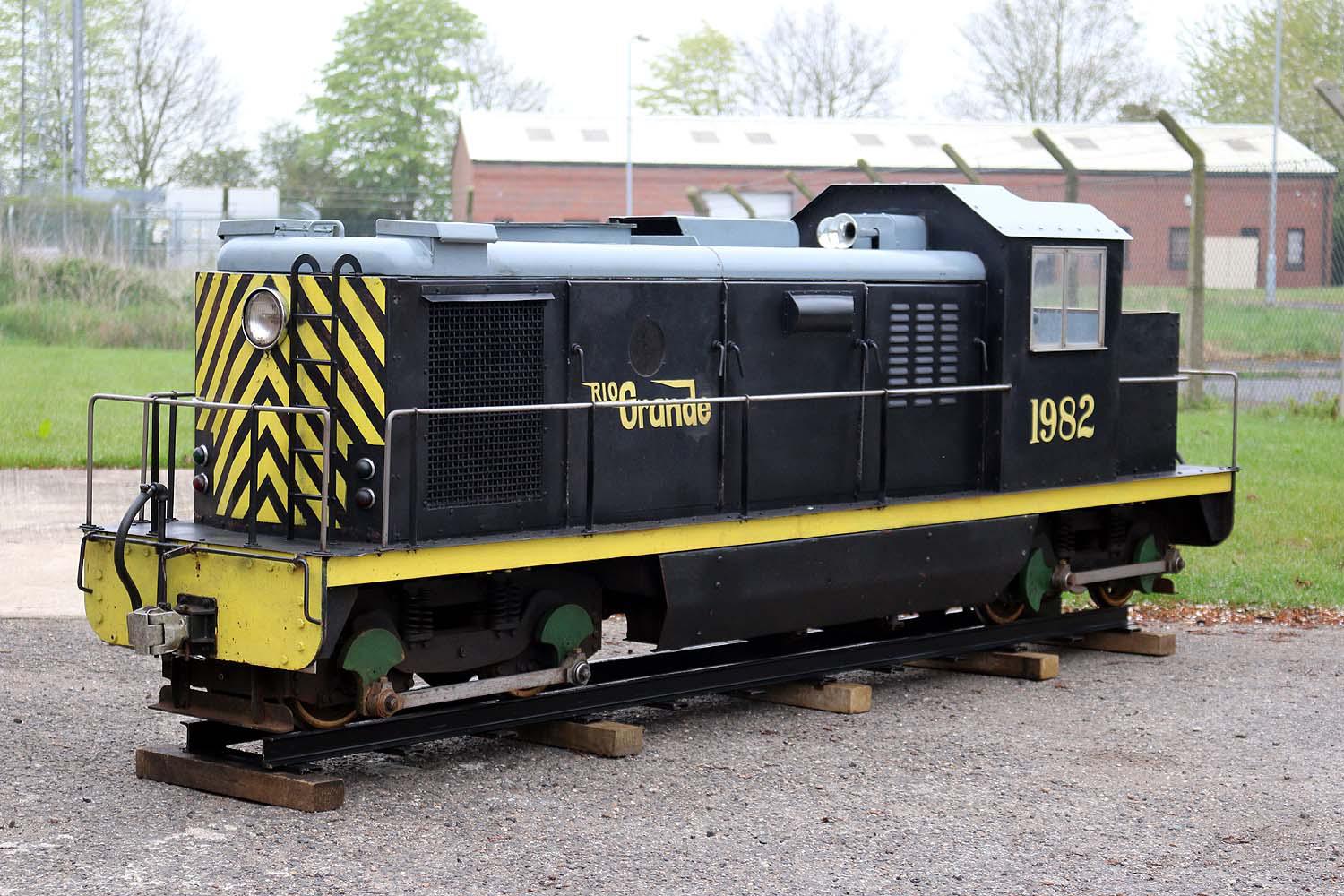 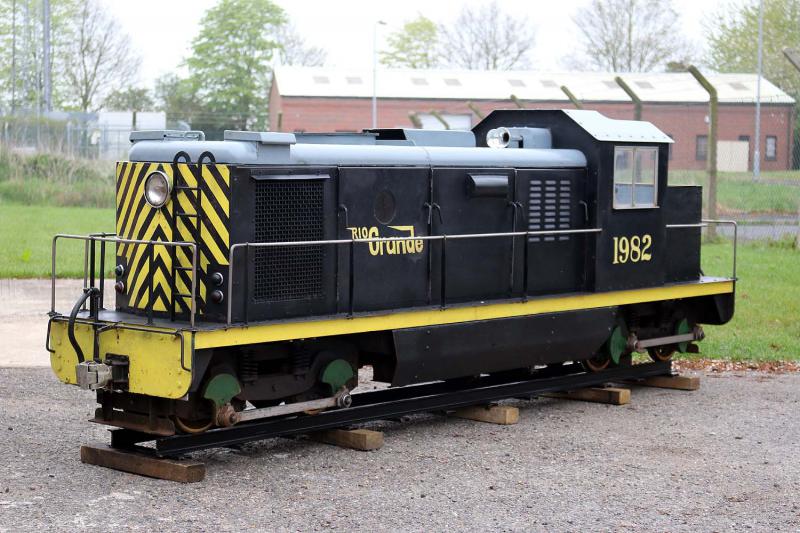 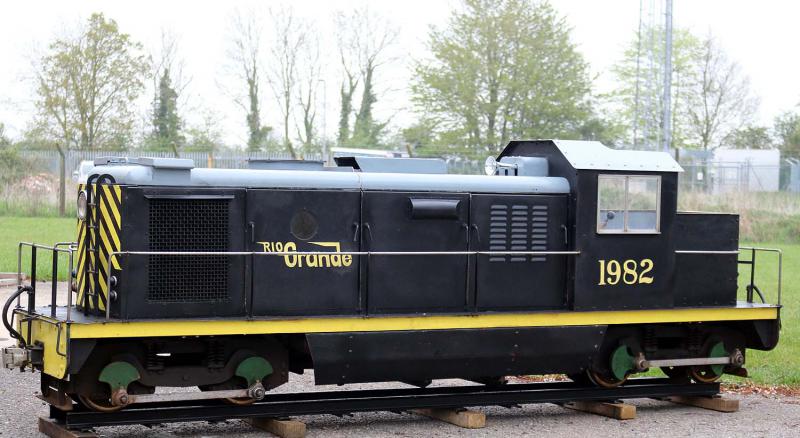 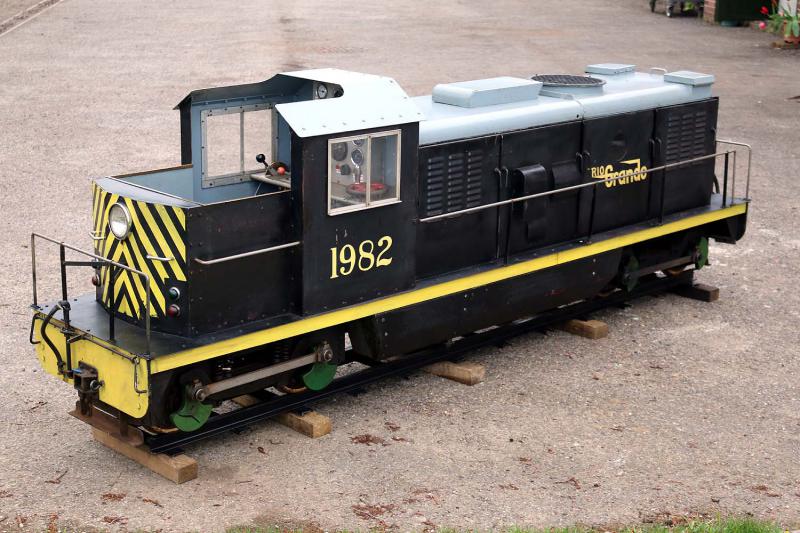 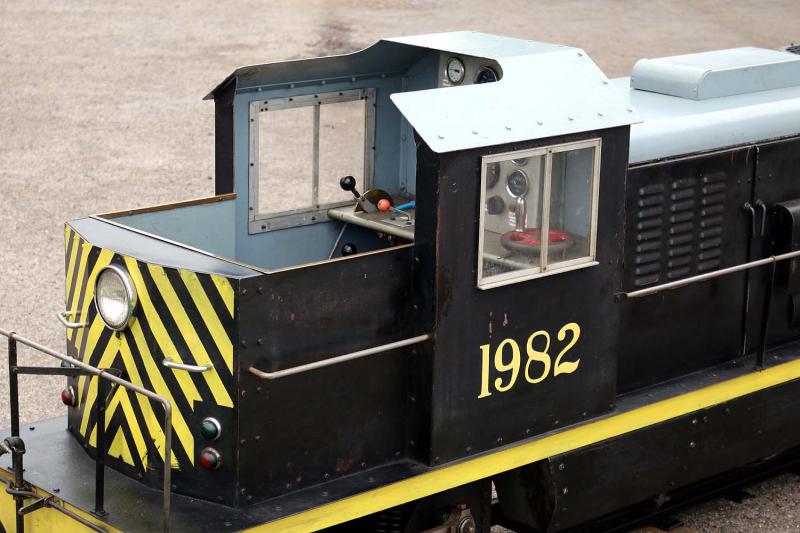 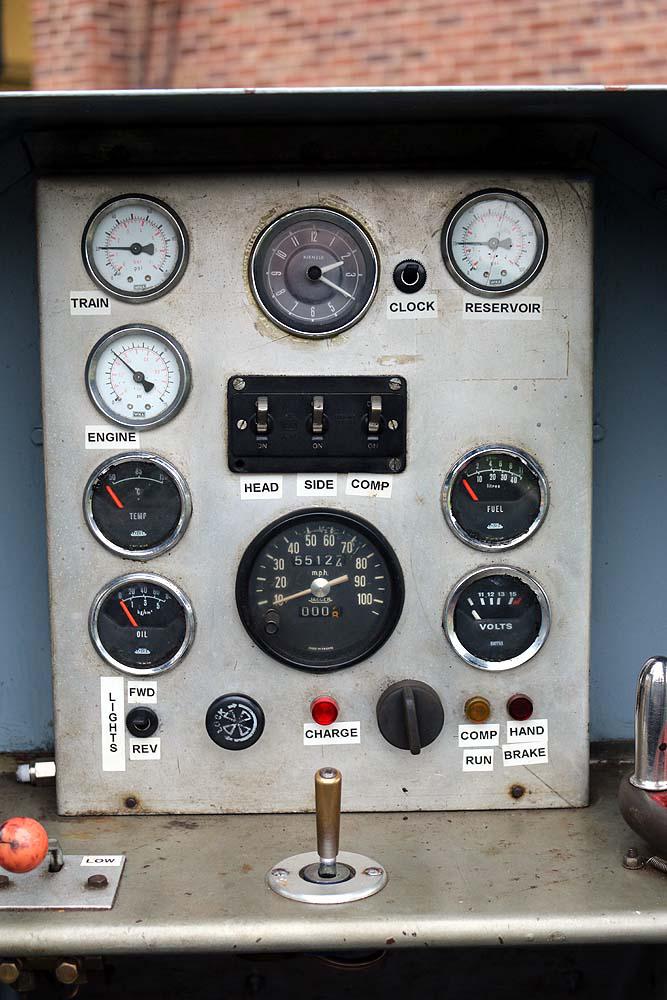 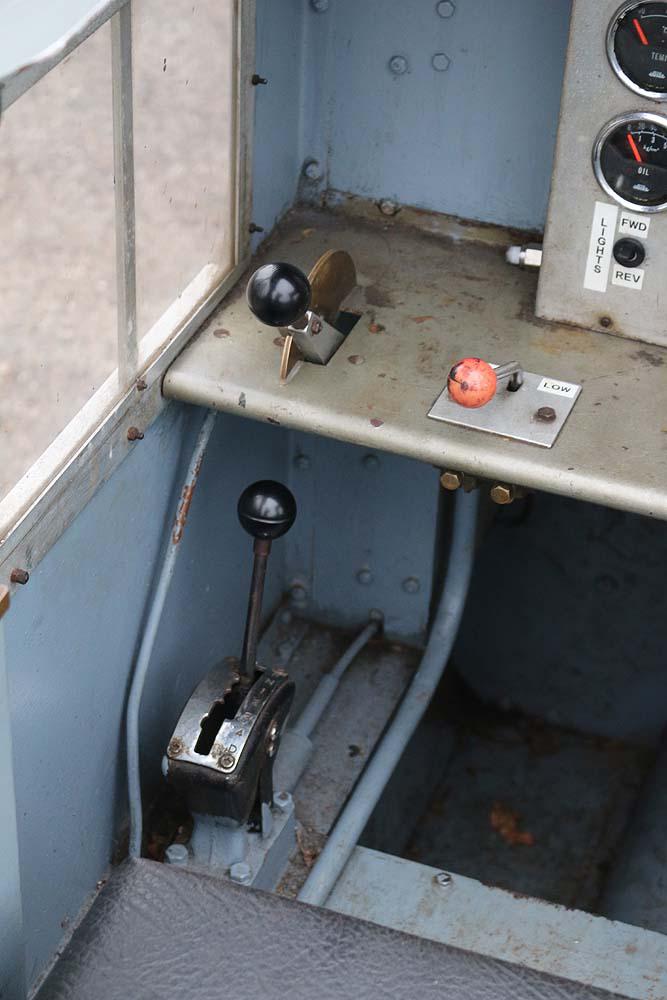 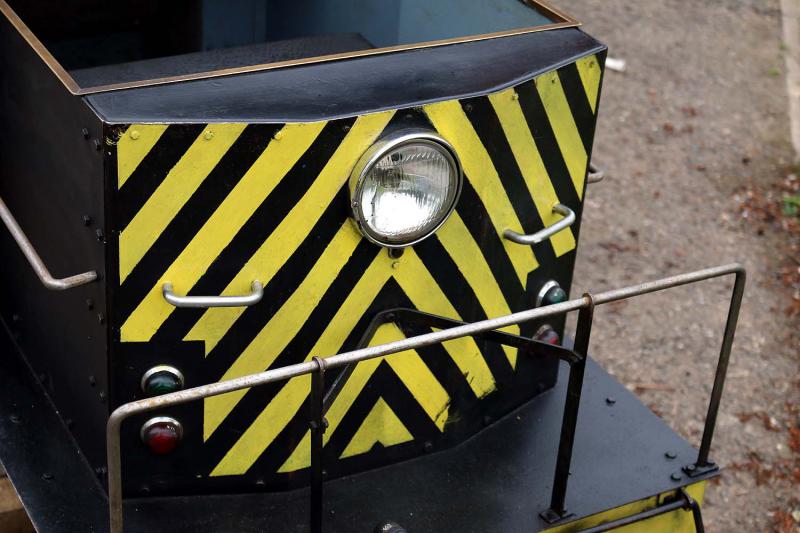 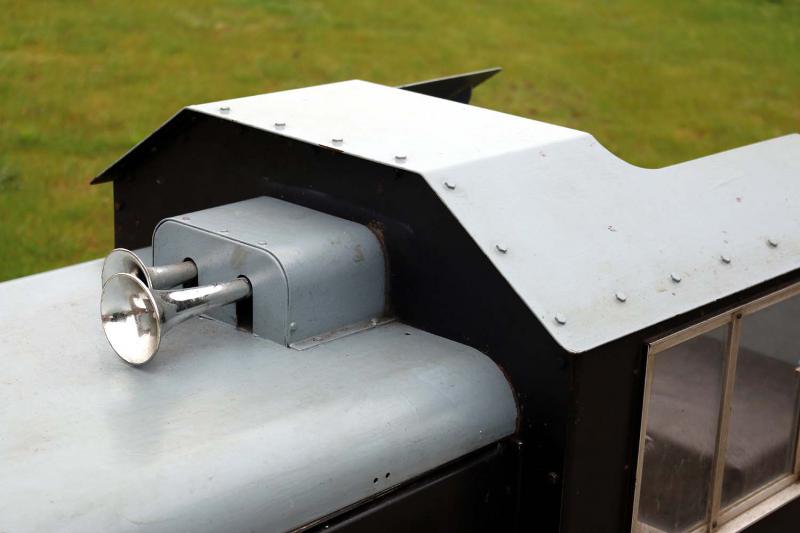 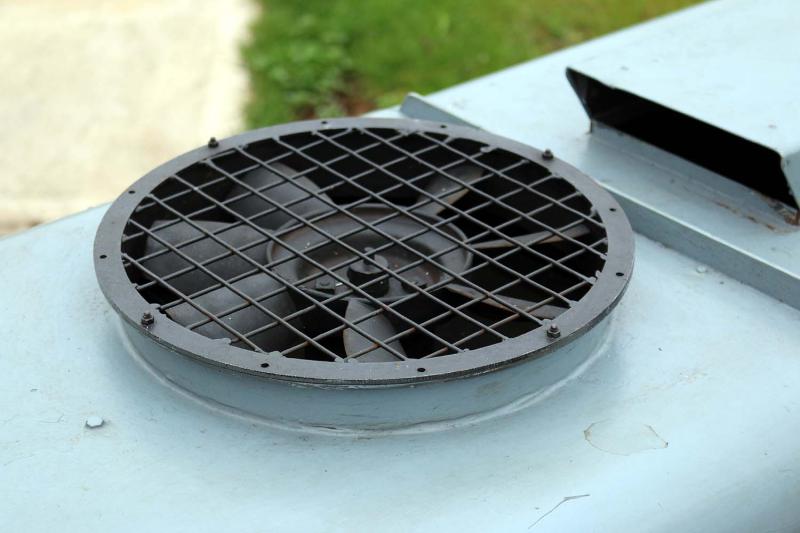 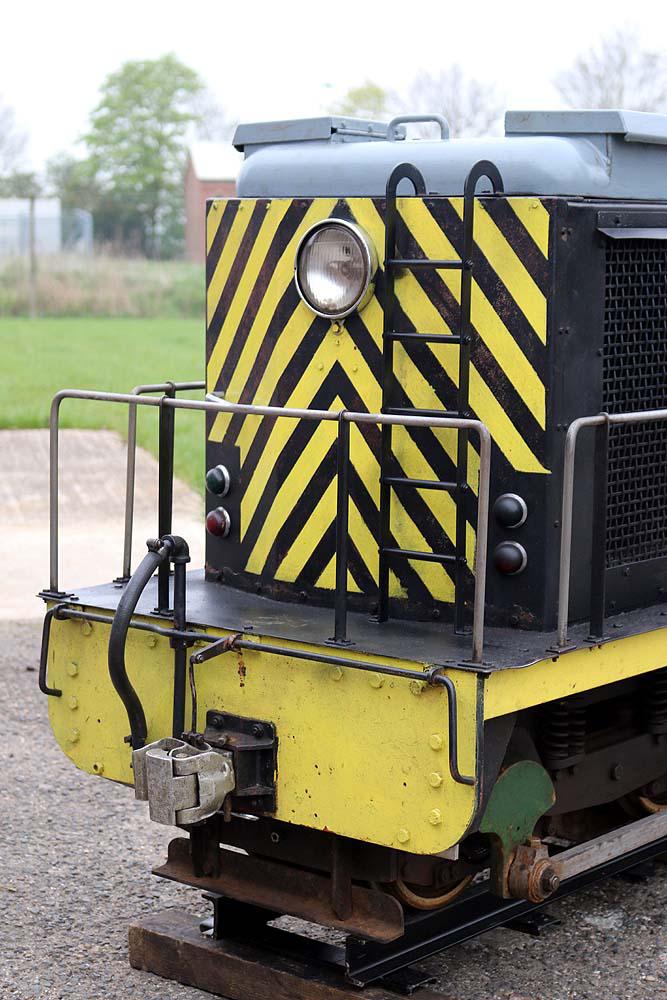 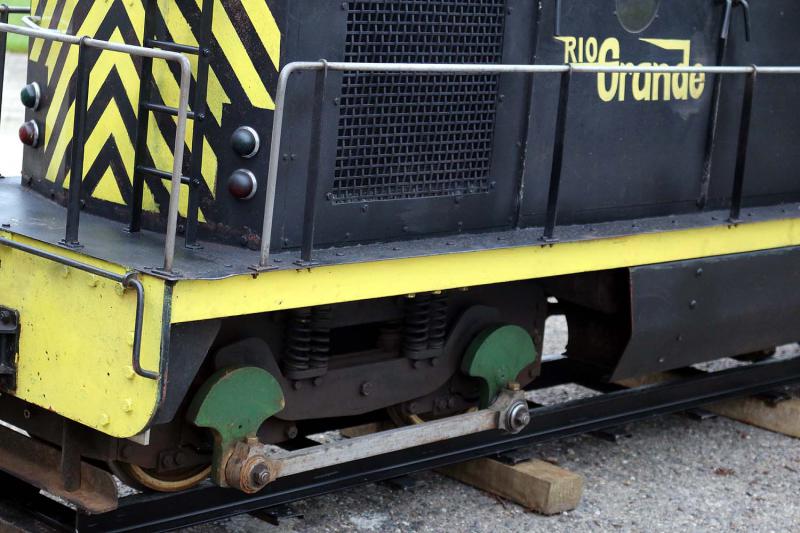 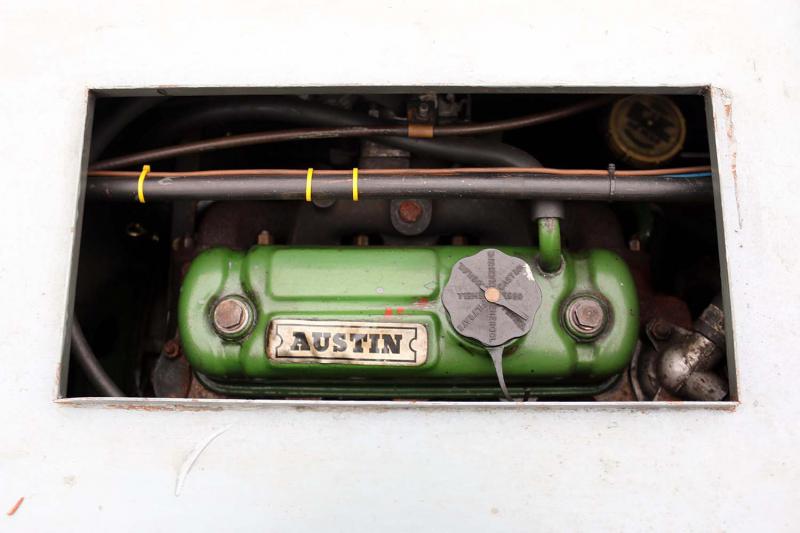 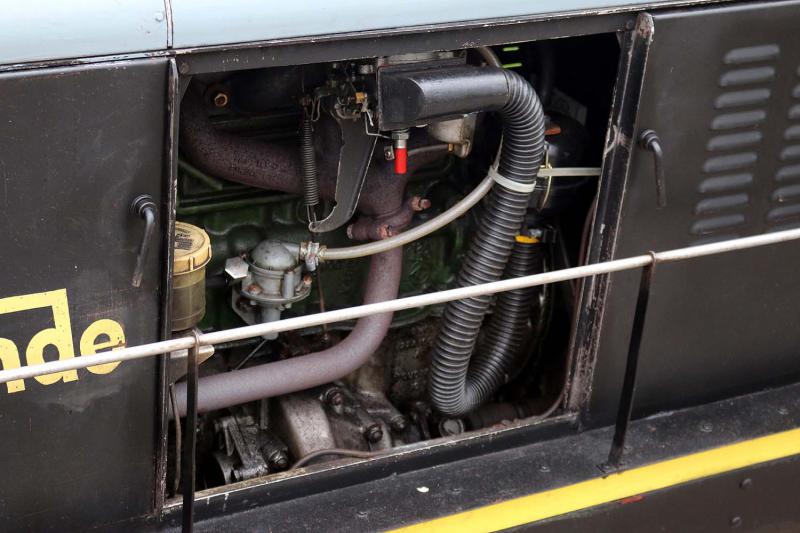 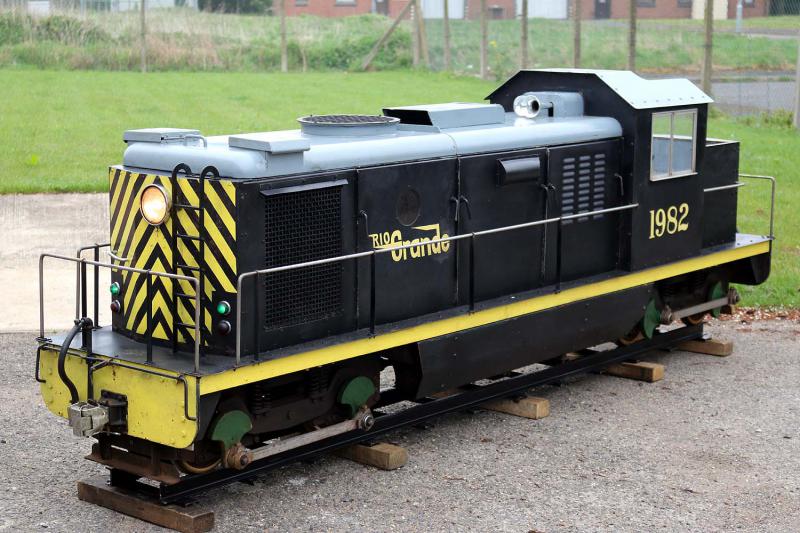 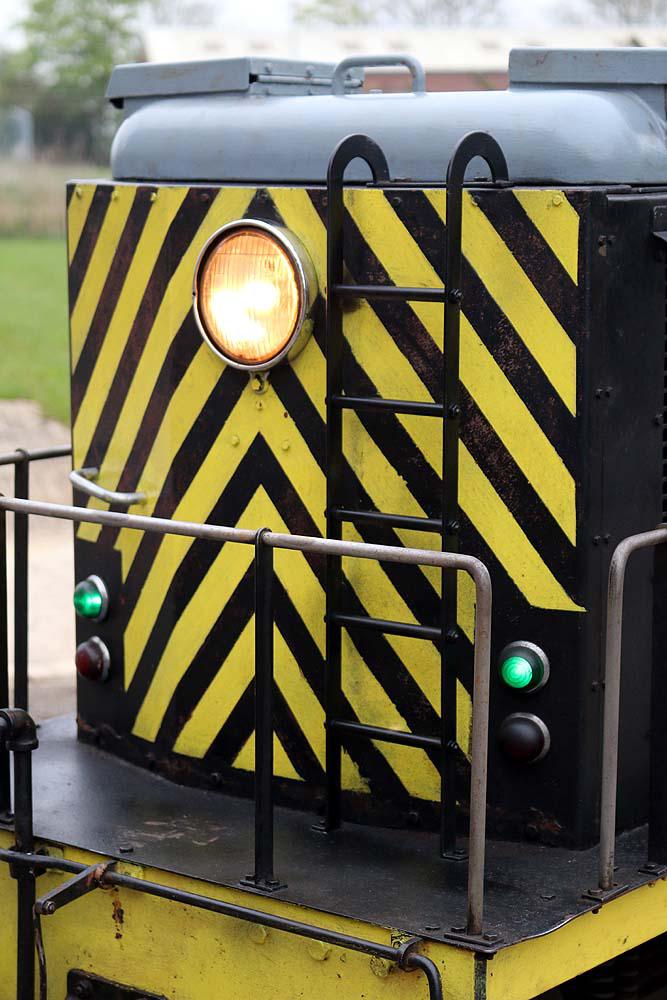 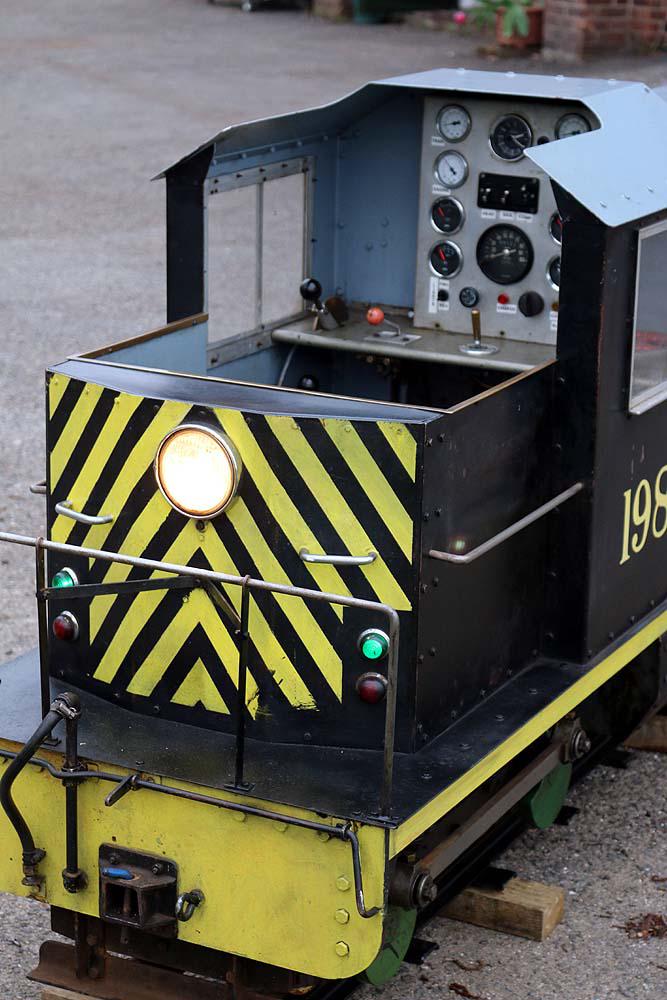 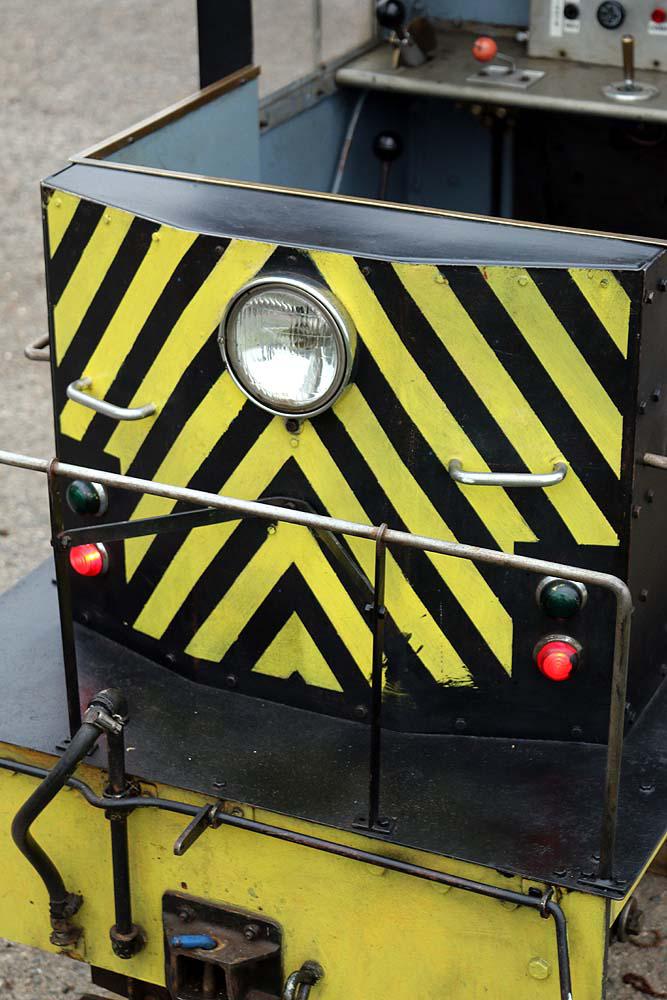 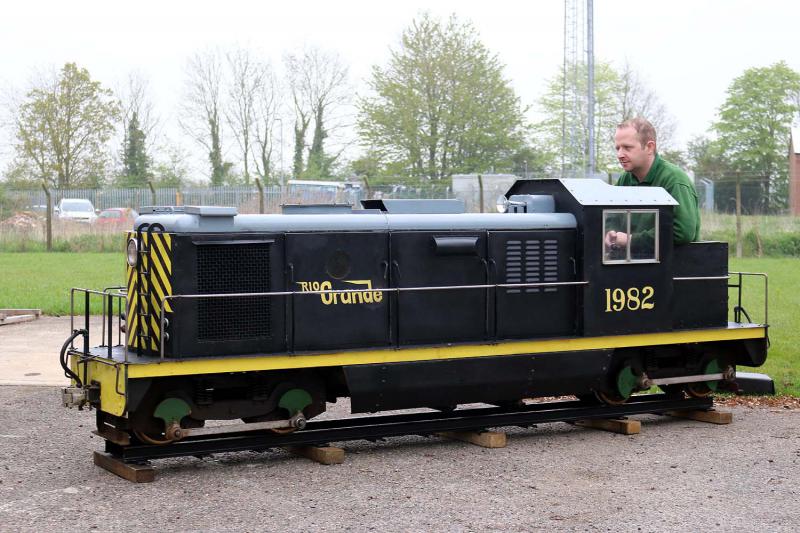 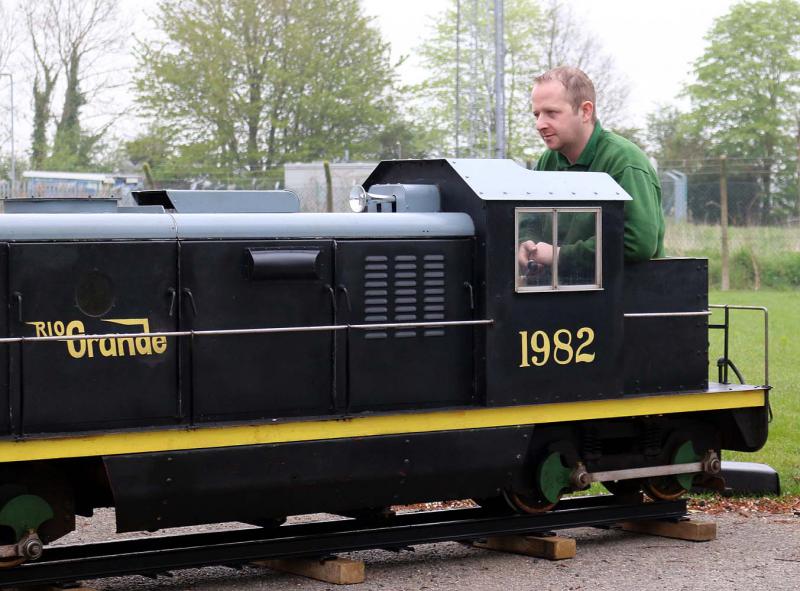 Built by the owner of the Comrie Railroad, this large, well-engineered locomotive provided reliable, seemingly effortless motive power from the time it was built until the railway closed. Ten feet long and weighing in at around a ton, the view down that long bonnet from the ride-in driving position when you open the throttle is quite intoxicating, the four cylinder engine barely above idle as it pulls away.

Powered by an Austin Mini engine with automatic gearbox, which drives both bogies via Cardin shafts fore and aft. The gearbox is left in third all the time - there's no need to change gear nor to use a lower gear, seemingly whatever the load. I couldn't resist having a quick go in fourth on that part of the track still left down when we fetched the engine recently, an interesting experience - the scenery soon started to move faster than seemed prudent given the size of the engine and severity of the bends.

A really well sorted engine capable of doing a real job of work. The engine has an on-board compressor which operates the brakes (there's an additional screw-down mechanical brake to stop it rolling about in the shed) and horns; there are headlights and running lights each end, changed by a switch on the dashboard according to the direction of running. The body is generously provided with access panels, allowing access to all parts of the engine, transmission and ancilliaries such as radiator.