I have had several enquiries about the railway in recent months (mostly along the lines of "is it finished yet?"). Since summer it has languished somewhat, however I am hoping for some progress over the Christmas break.

I haven't been entirely lazy on the permanent way front, going up to Scotland for a week helping Martin with his new railway. He'd had a digger in for the week before I arrived, theory was we just had to throw a bit of stone in the ditch, whacker plate it down and put some boards along the side. I've never had so many blisters in my life! 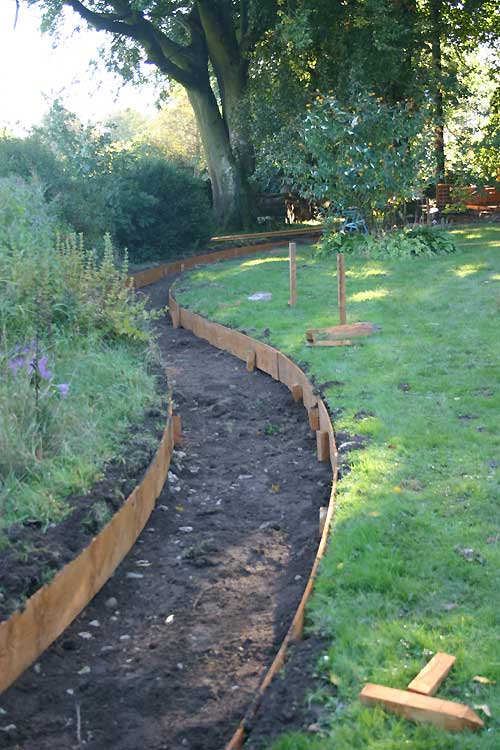 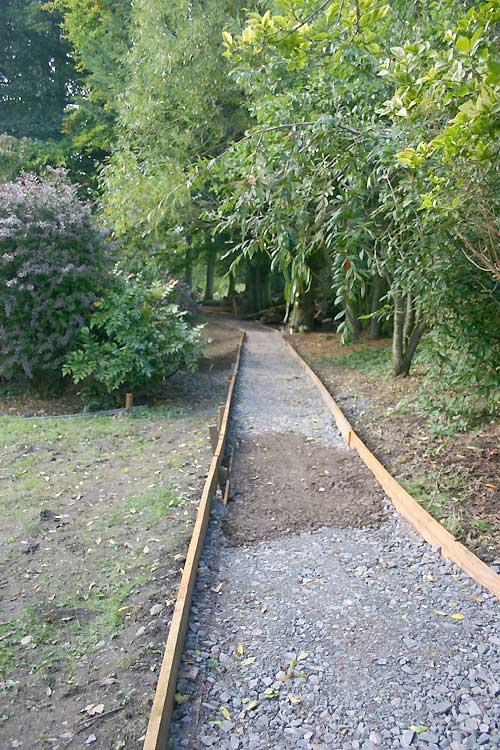 His line is built on ground which is mainly stones with some thick tree roots thrown in, it was like jungle warfare getting a hundred yards up the garden. However, by the end of the week we had a flat and fairly level path and a couple of panels of track down, sufficient to put his Tinkerbell on. In the weeks since then he has progressed apace, taking delivery of a superb engine shed and getting some ballast down (which is easy for him living three miles from a quarry who can deliver him super looking stuff for next to nothing, compared to the crumbly yellow stuff I can get locally - at the moment I'm looking at having to have a lorry load brought in from 100 miles away).

The engine shed base was laid by Martin's builders, we were both intrigued (actually a little worried, in truth) to see the concrete laid and floated off without the tramway rails which had been welded up with their steel stretchers. Plan was simply to push it in at the last minute. 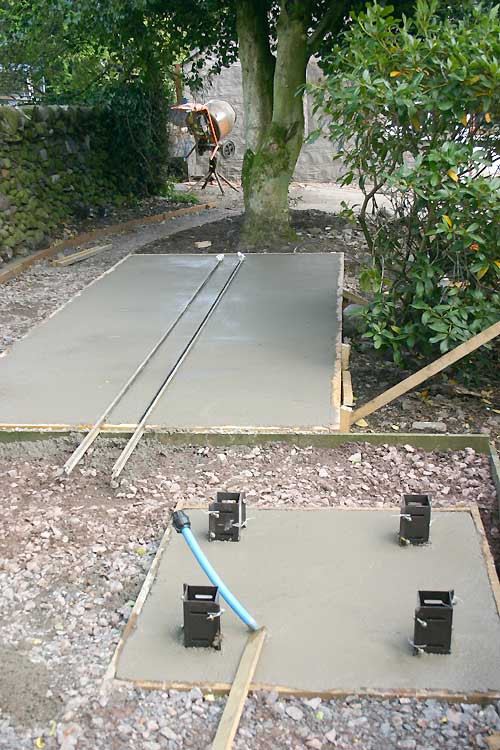 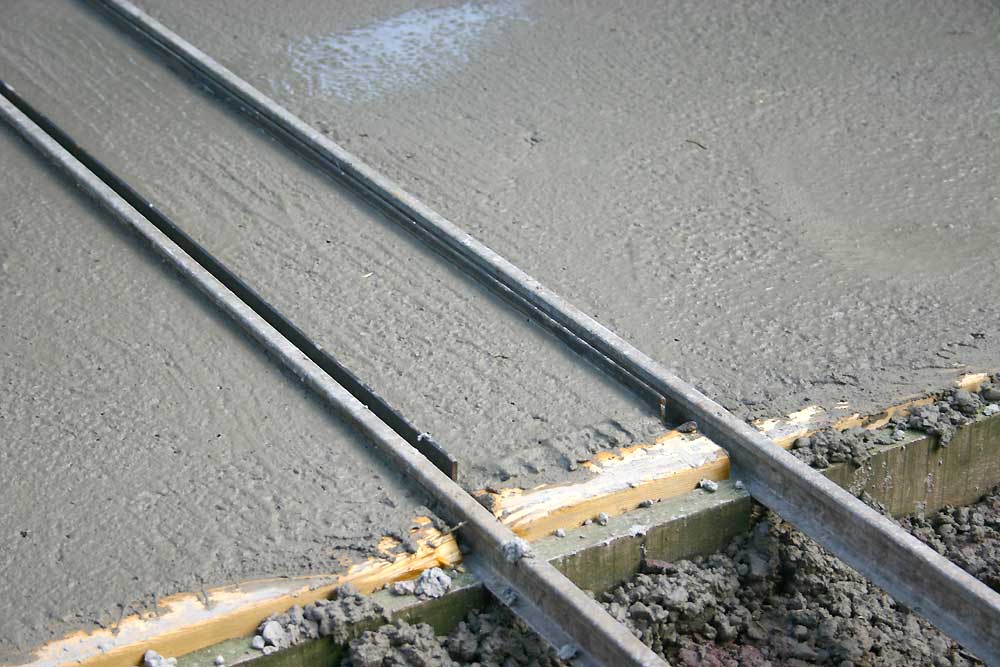 The engine shed was still under construction when I left - we went down to the joiner's workshop to see progress. It's recently arrived and been installed, currently awaiting the floor tiling - it's starting to look like something from the Ideal Home Exhibition, I think he's planning to move out there in the spring and let the house. 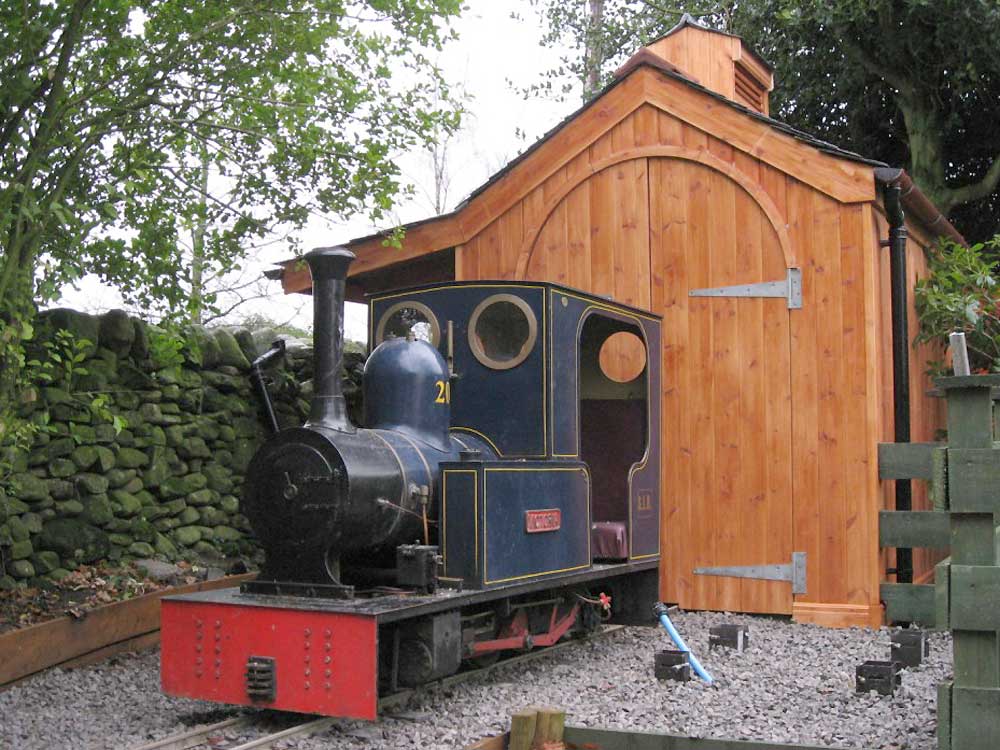 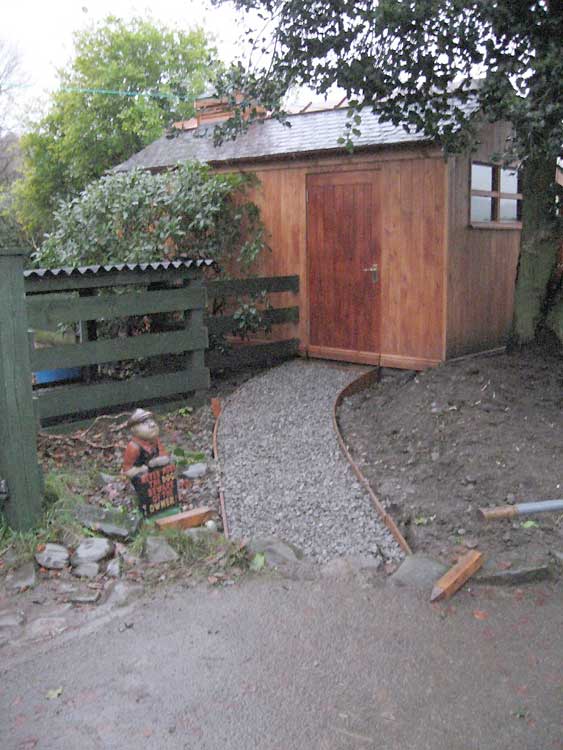