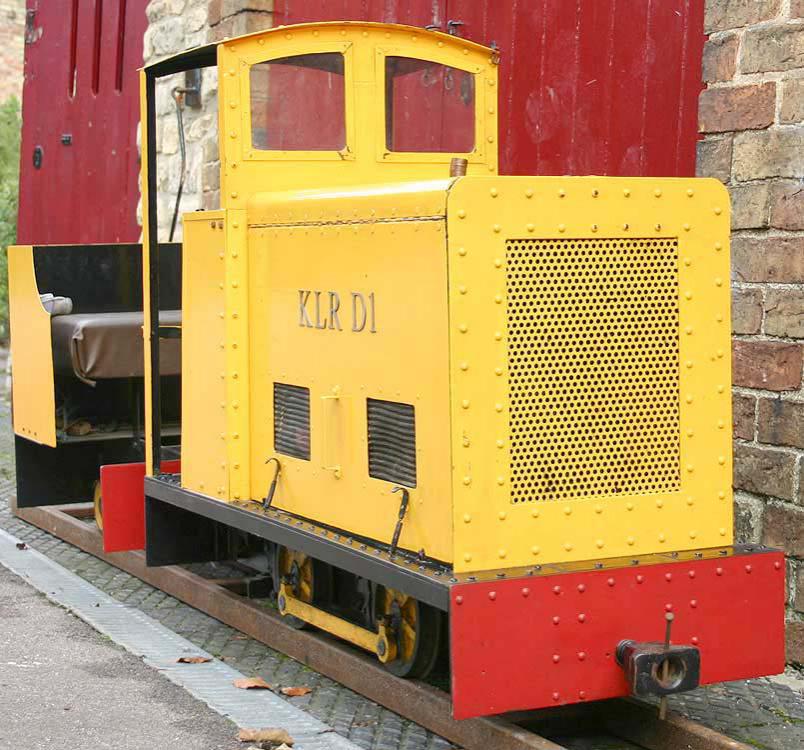 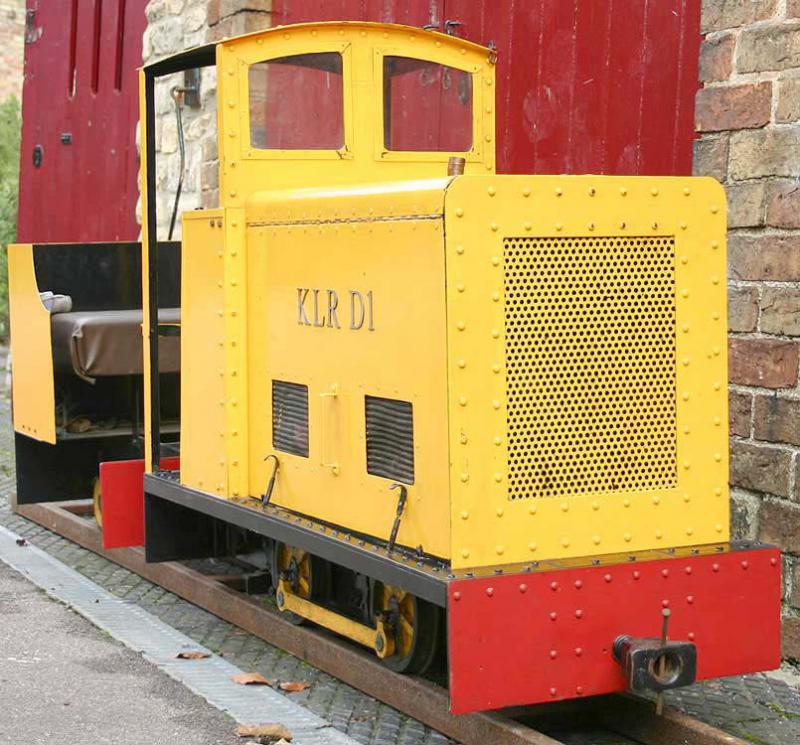 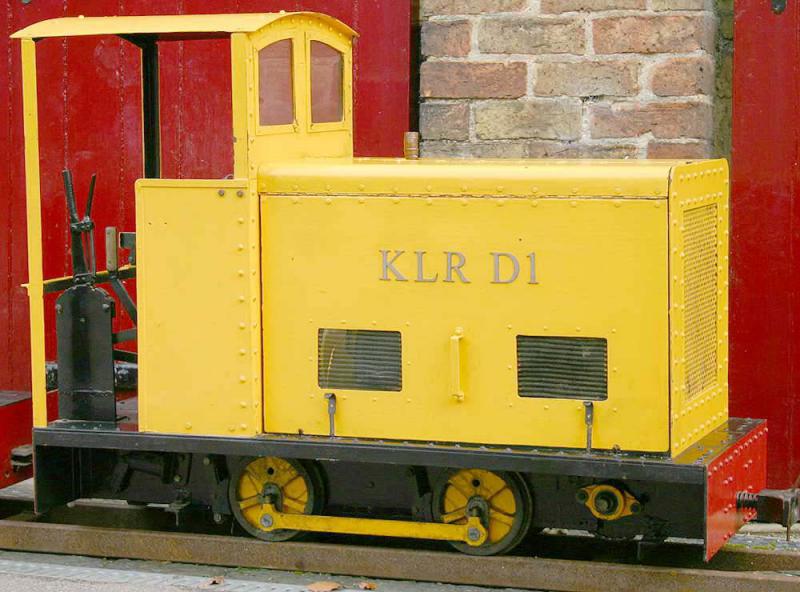 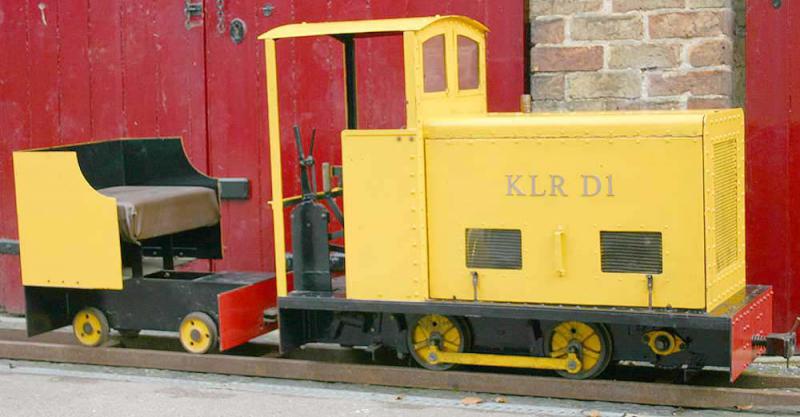 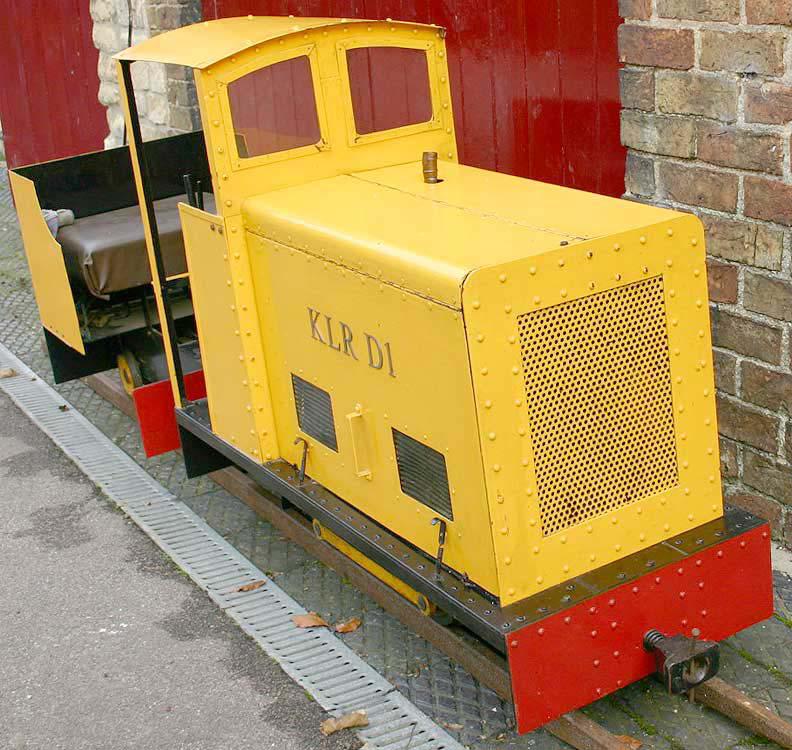 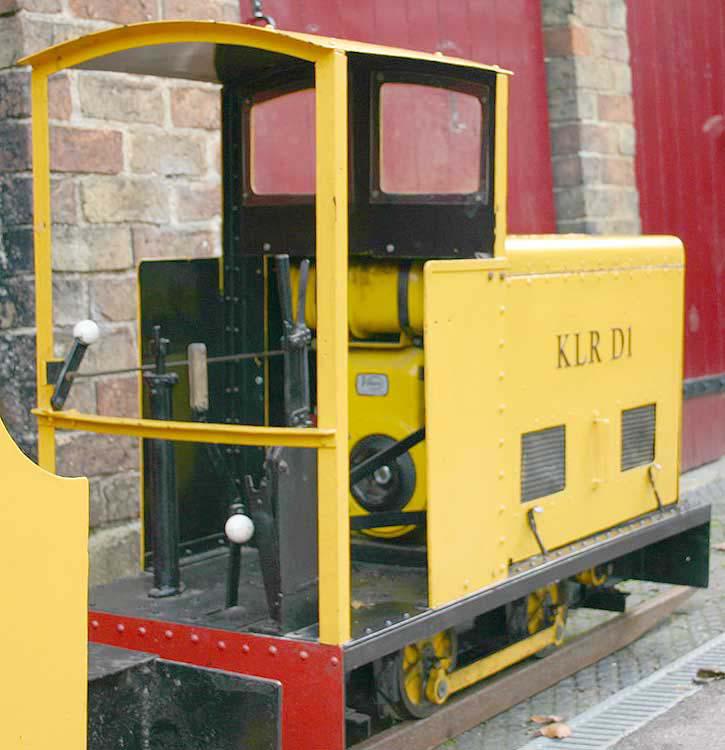 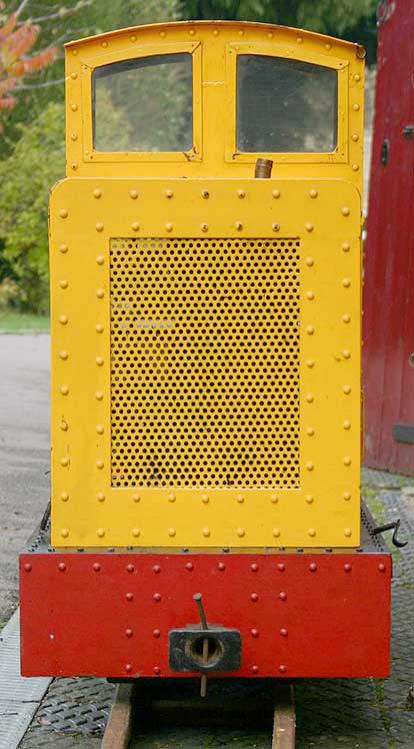 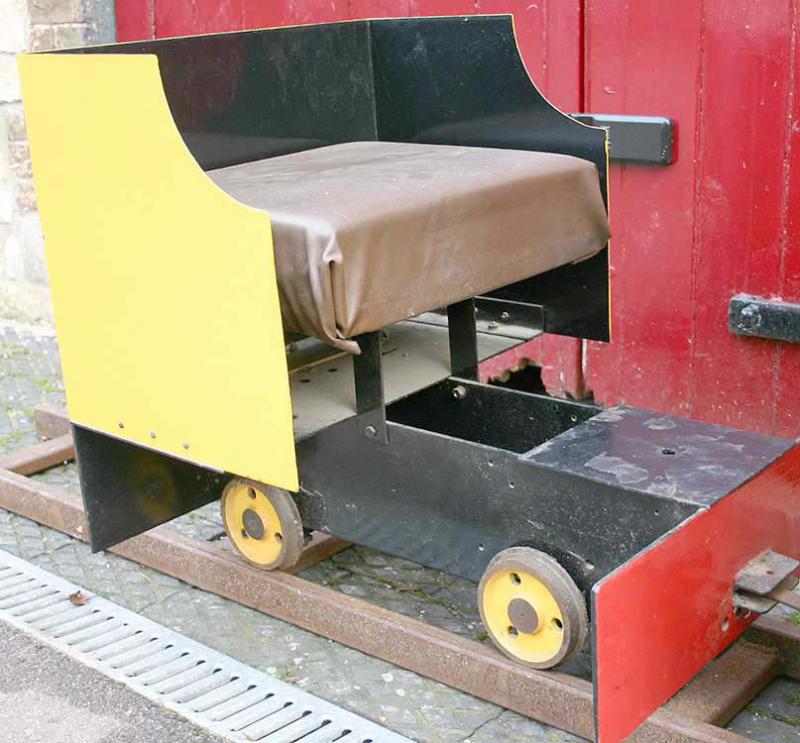 Large petrol-engined 0-4-0 shunter, built for a garden railway by a chap who went on to build a Romulus (which I sold recently) and a variety of Tinkerbell and derivatives thereof.

Based around a pull-start single cylinder Villiers engine bought new for the job, it drives through a centrifugal clutch to an open bevel gearbox, which provides forward-reverse via a lever in the cab, thence to the wheels via chain.

Complete with rather comfortable driving trolley, it's about six feet long overall and weighs about three hundredweight.