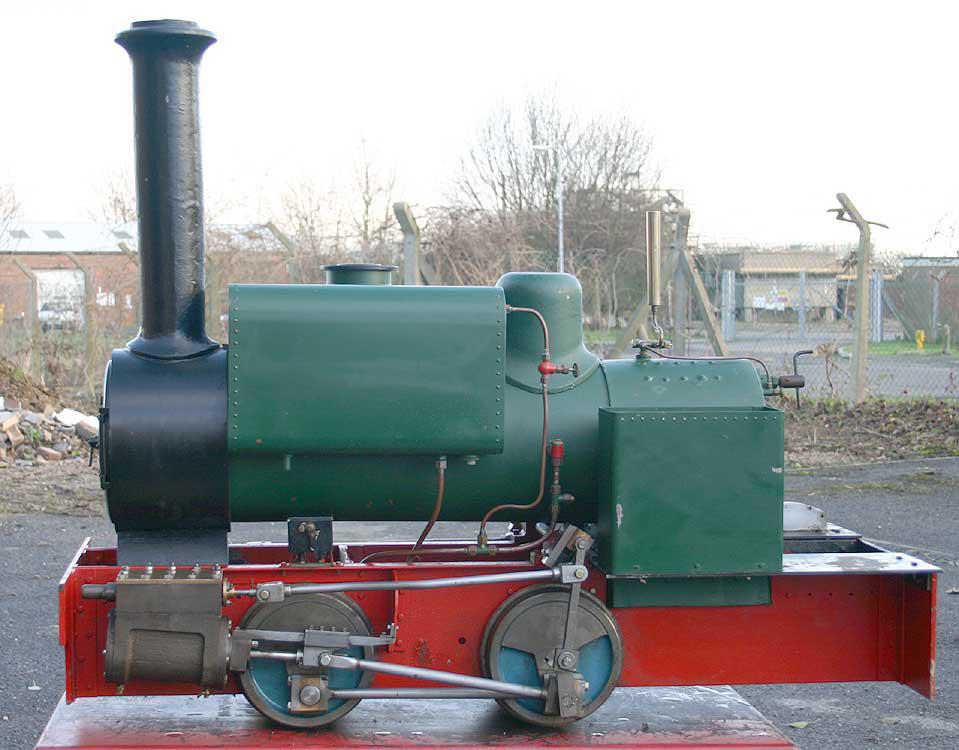 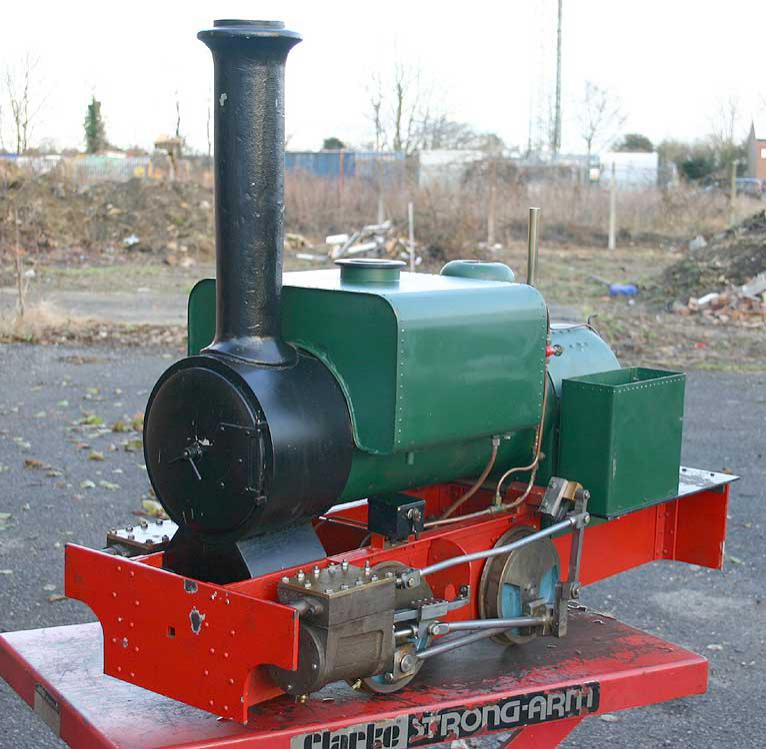 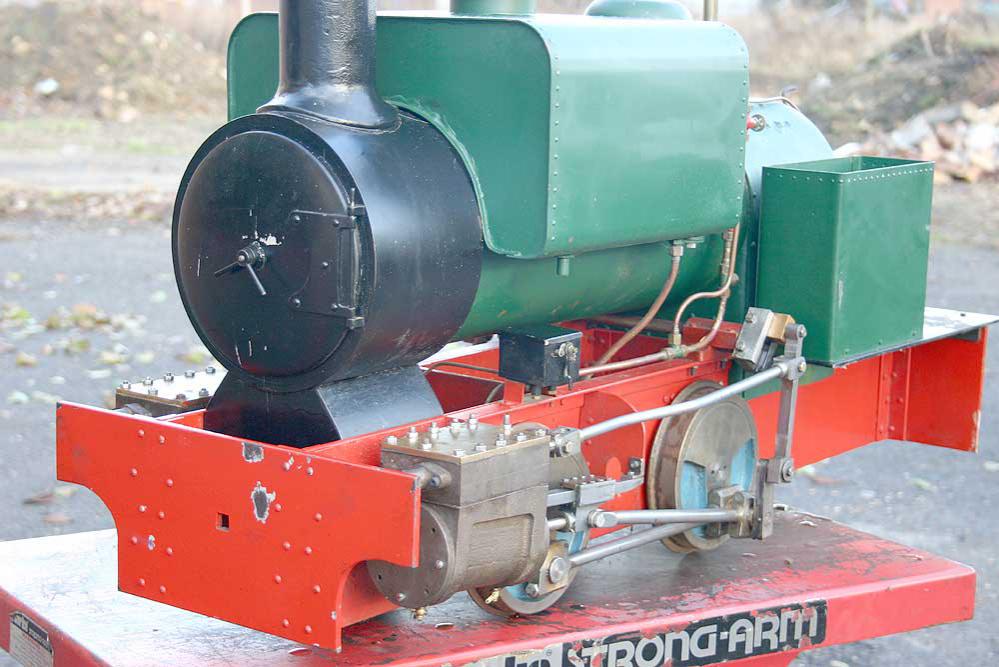 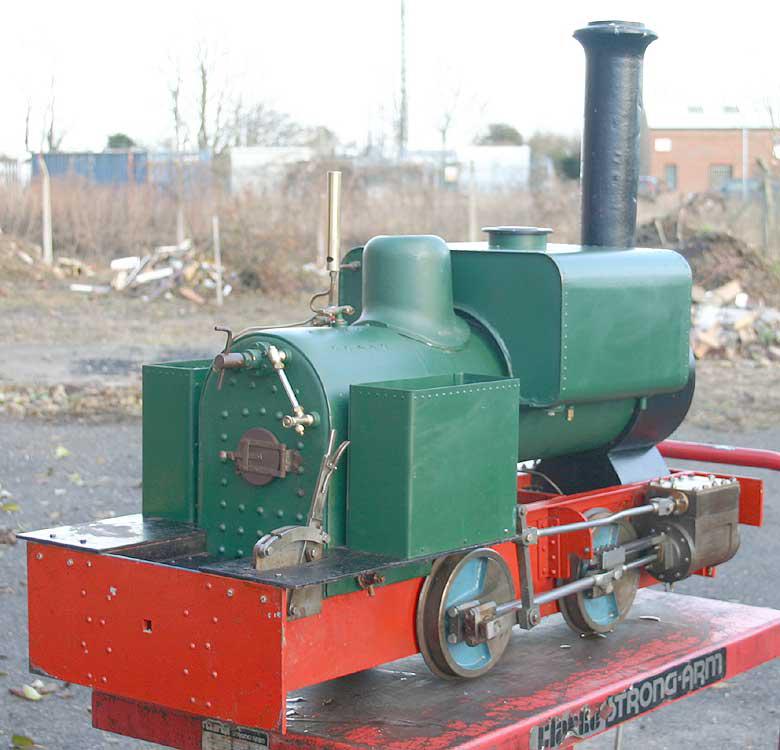 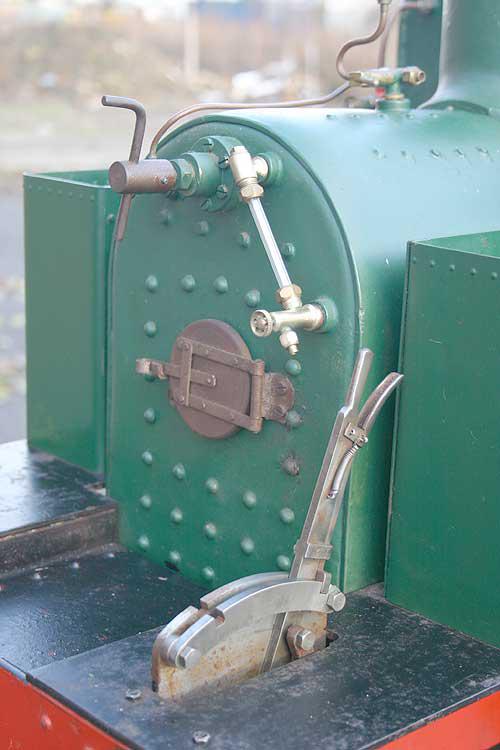 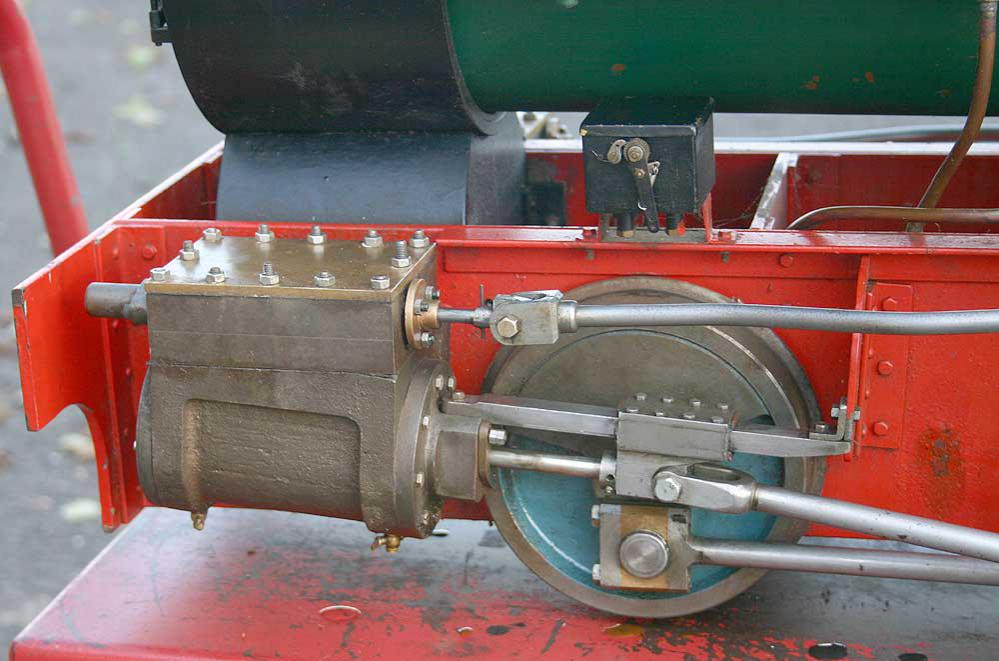 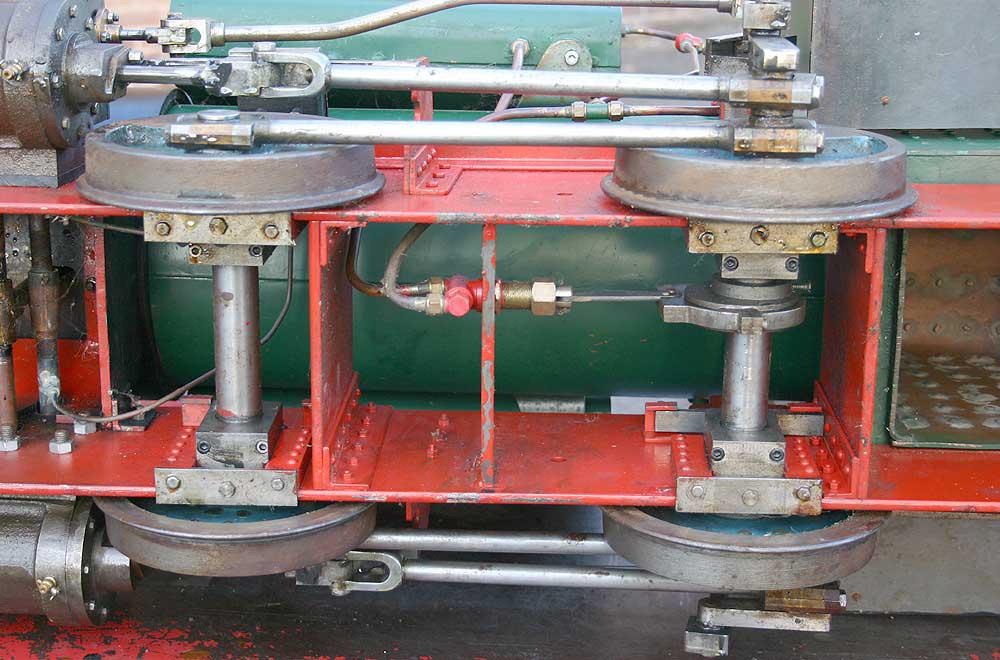 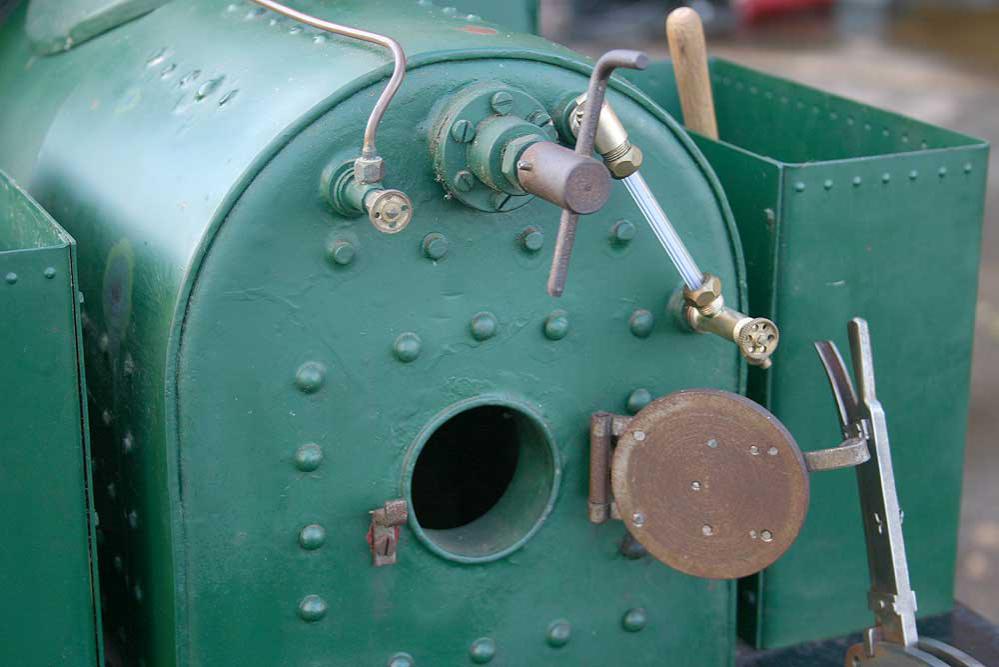 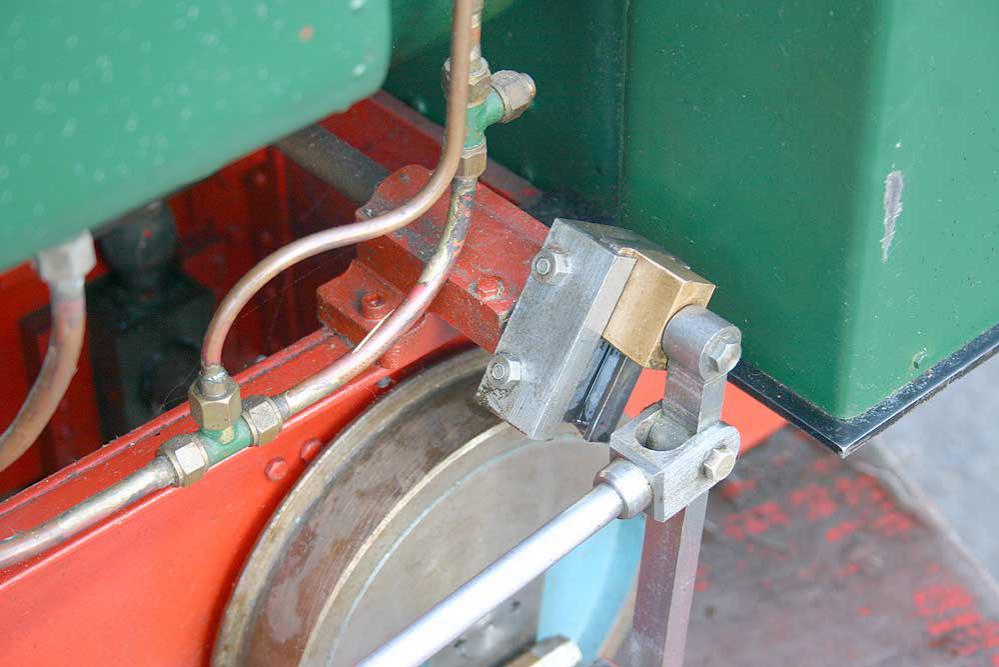 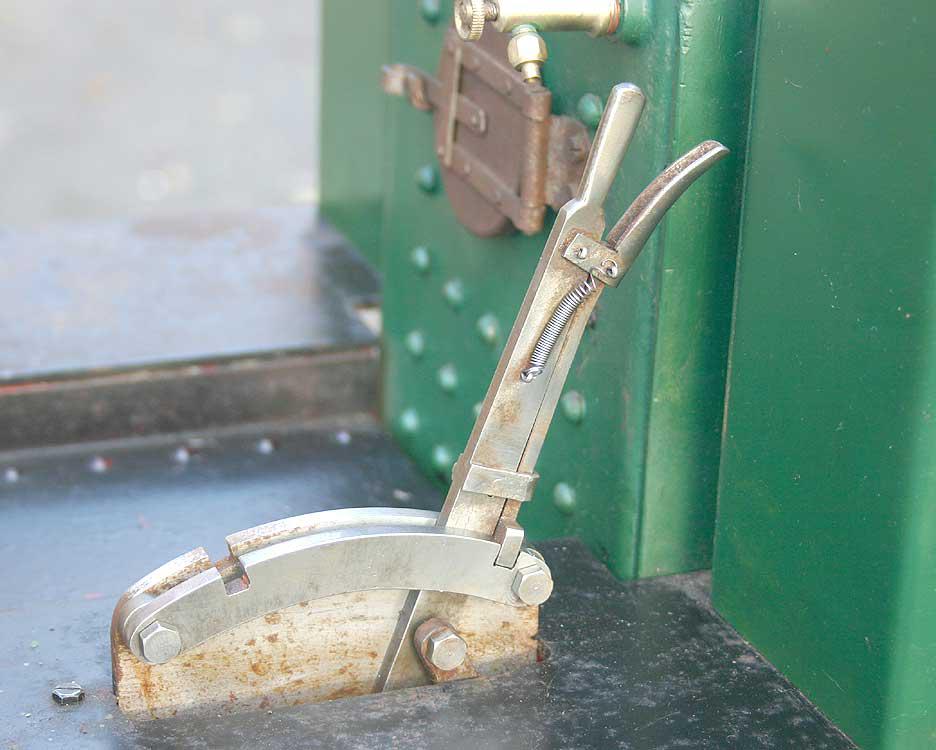 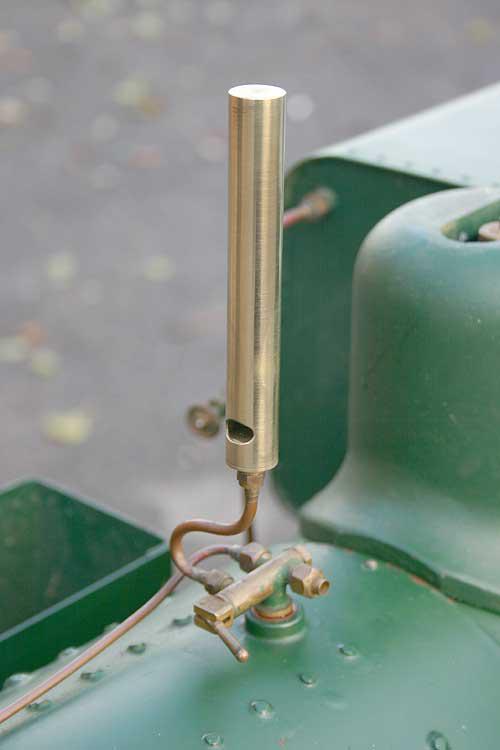 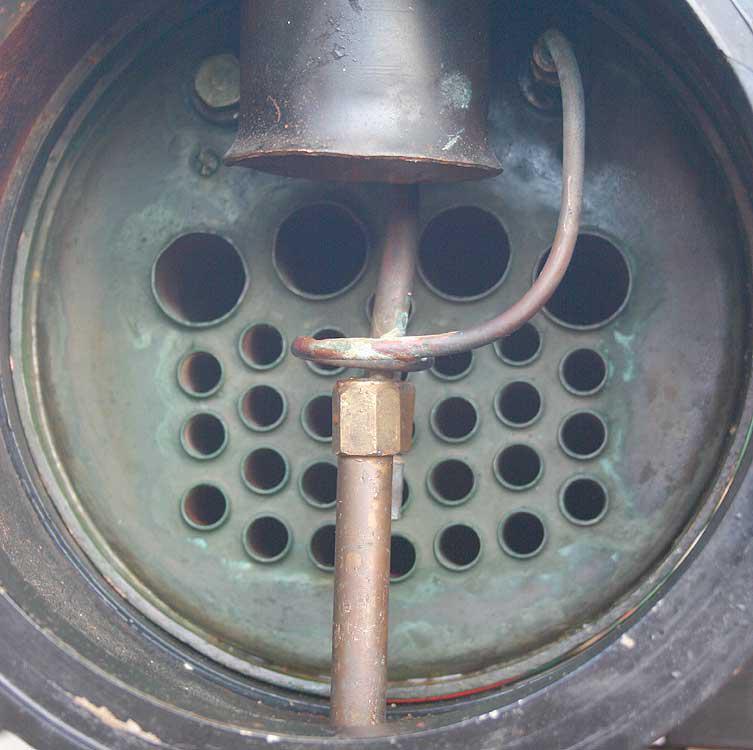 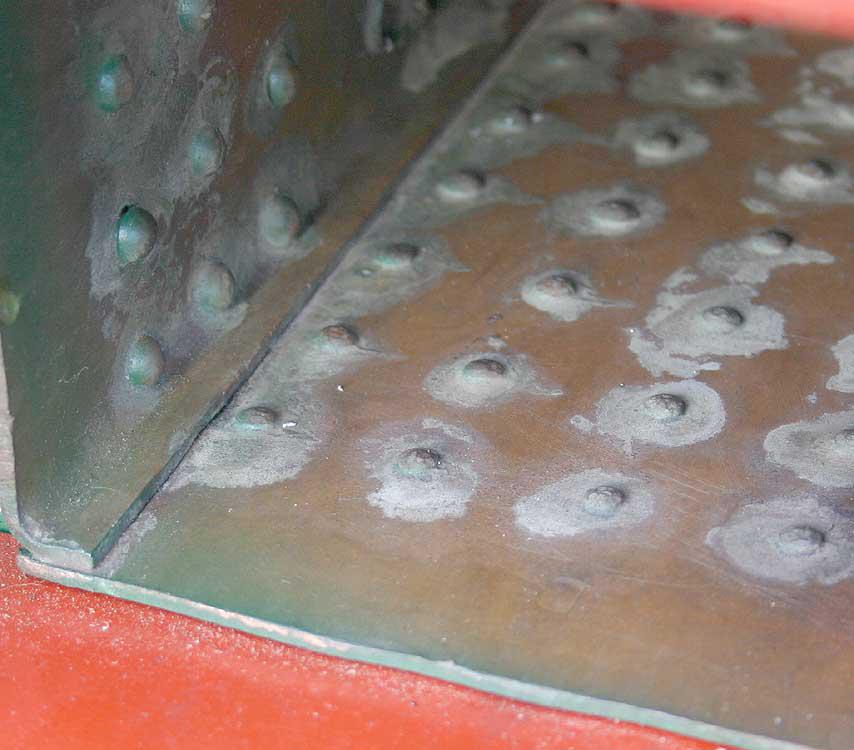 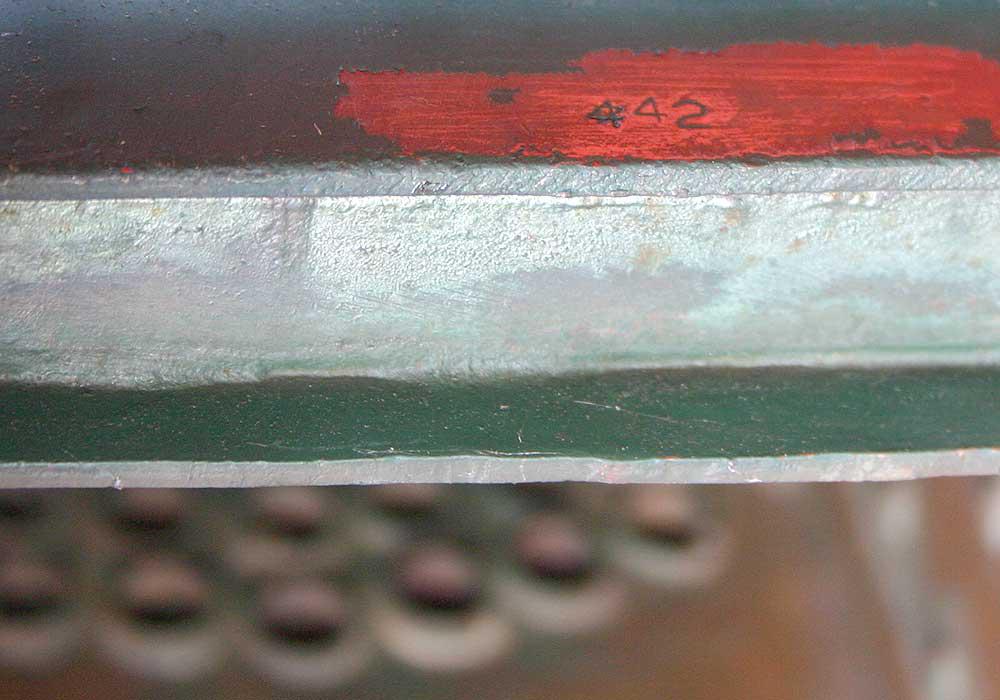 A largely complete 0-4-0 saddle tank, drawing much from Ken Swan's eponymous Kerr Stuart design. An old model which has languished in a shed for the last twelve years since being bought as a "winter project" by the previous owner.

There is not a great deal of work left to be done, it is perilously close to being a running engine. The chassis goes well on air, the silver-soldered copper boiler is plumbed up to the cylinders, although without superheaters (for which there are flues in the boiler). Some boiler cladding would be an idea, the thin coat of green paint all over the boiler - including the backhead - probably won't do much for reducing your coal bills (as well as looking revolting). There is an axle pump fitted and plumbed, drawing water from the copper saddle tank. The cast iron cylinders are fitted with slide valves actuated by Hackworth gear with a pole reverser on the footplate.

Already quite a large, heavy engine, when finished it will be around three hundredweight and with similar performance to a "real" Wren - there are several in the archive, including a couple of nice ones which sold this summer (although not before Sam and I had a chance to try them on the railway at home).