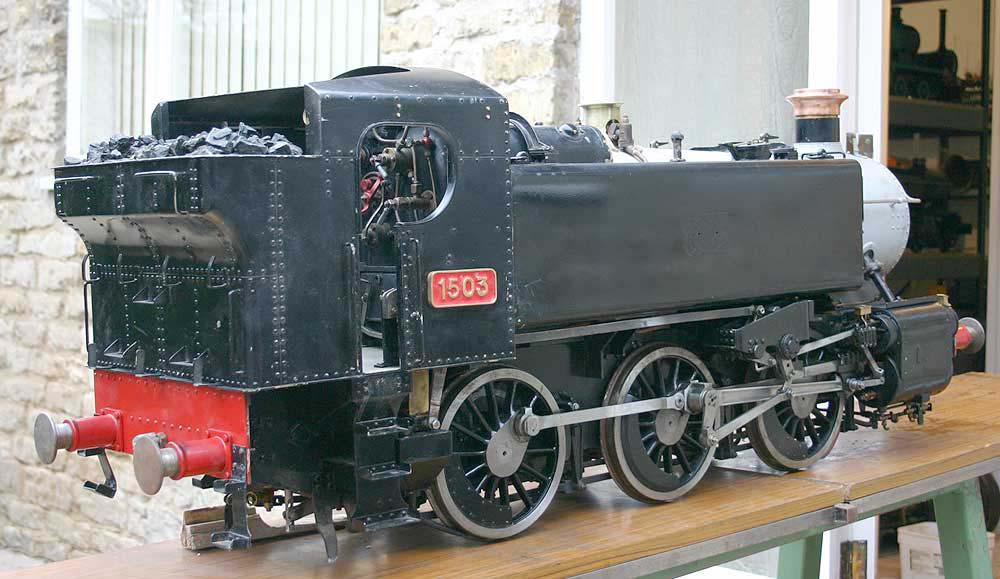 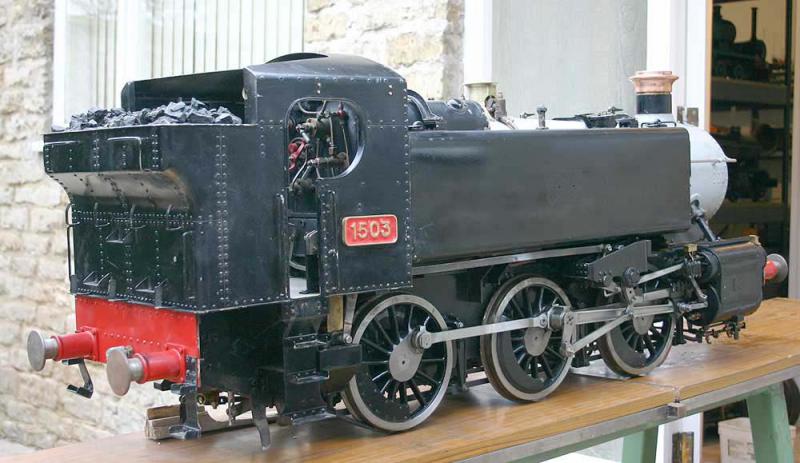 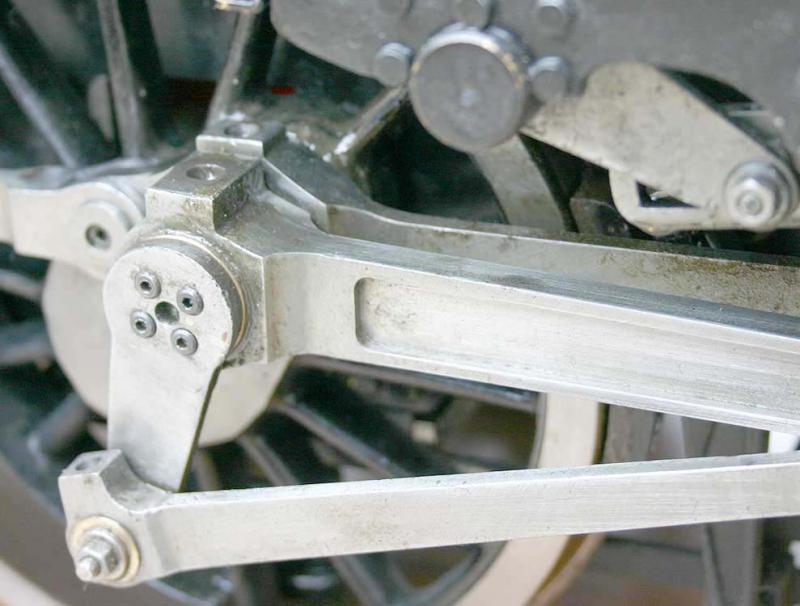 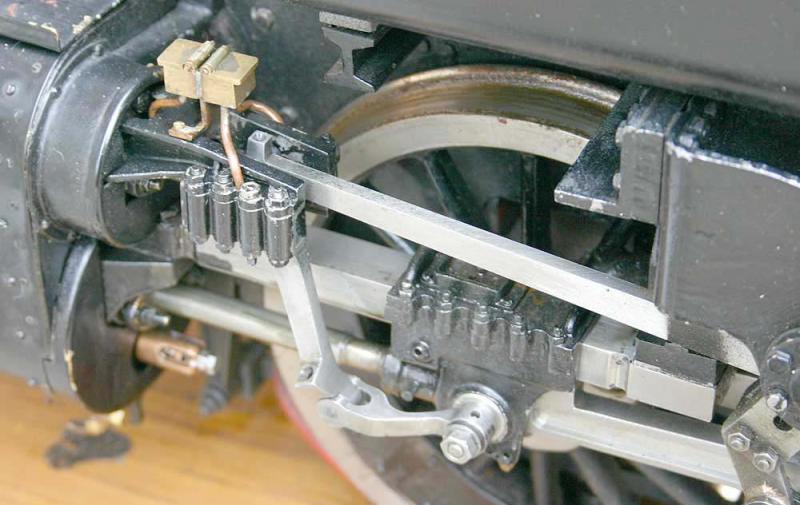 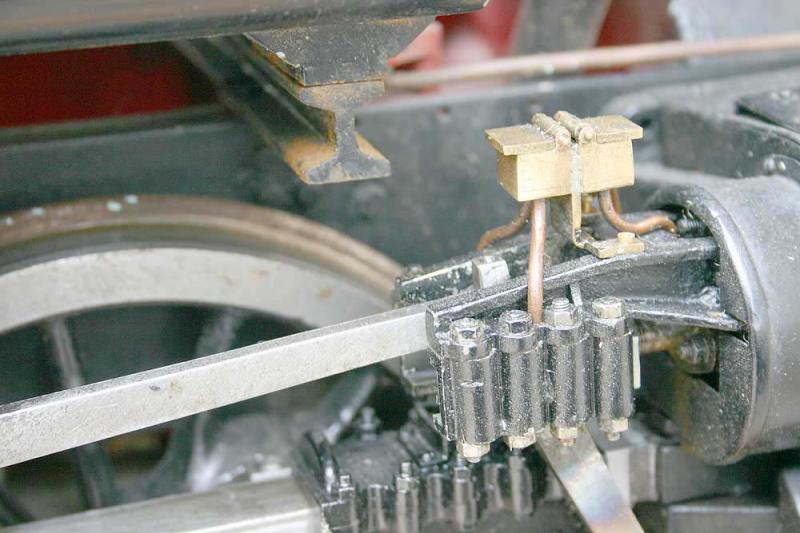 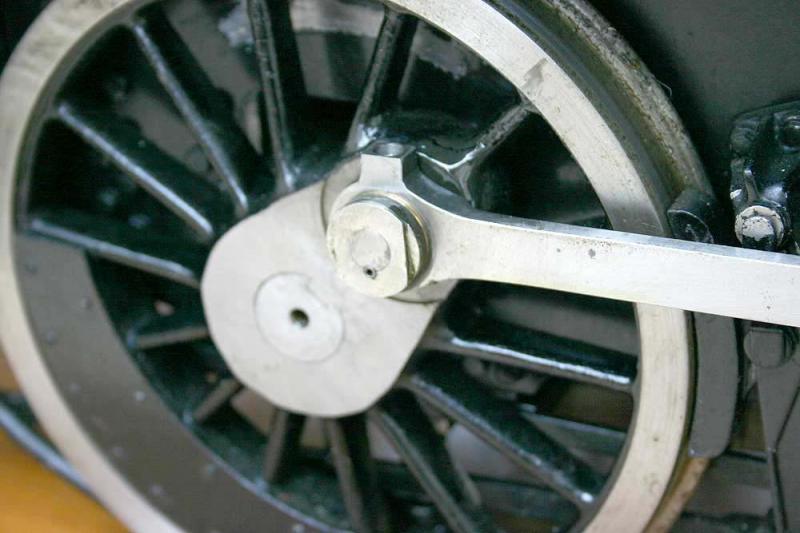 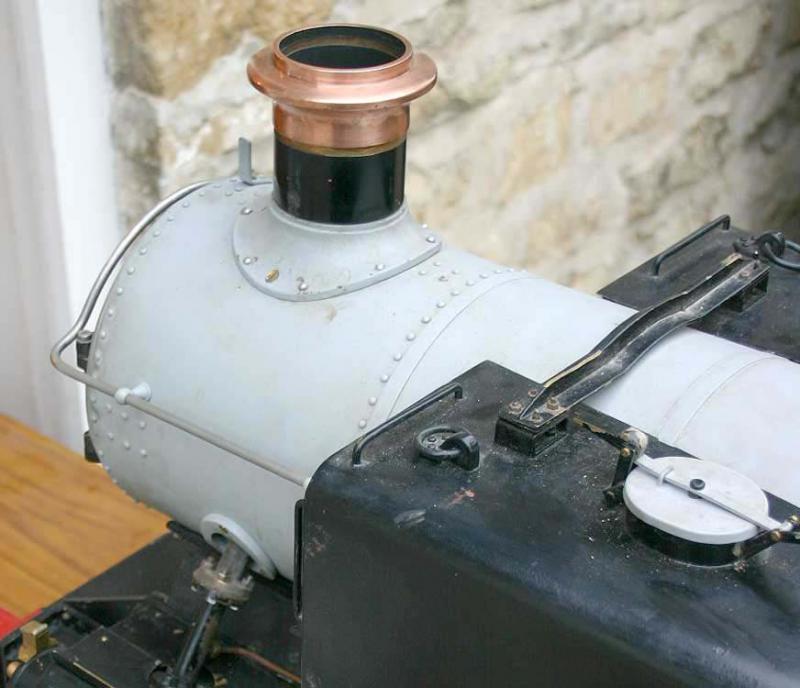 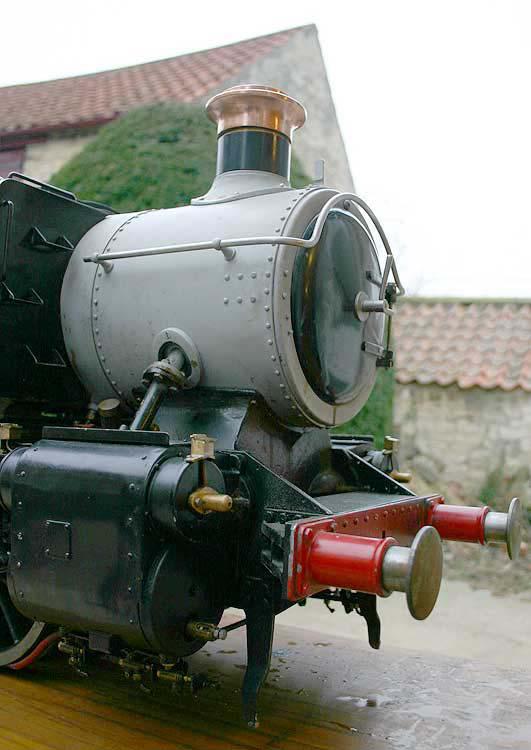 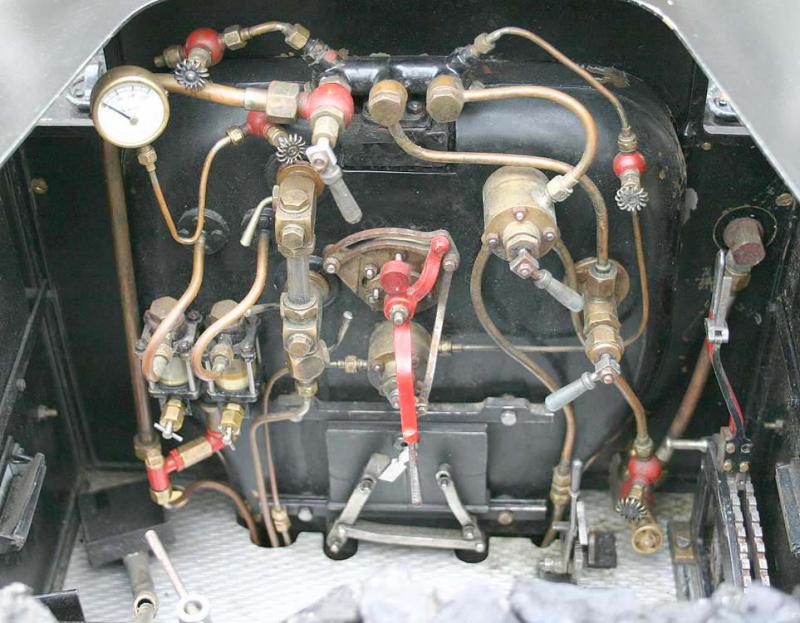 Although commonly seen in 5 inch gauge to LBSC's "Speedy" design, the 7 1/4 inch gauge version of the GWR 15xx class tank is an altogether rarer machine. Designed by David Adams and based on Swindon works drawings, the model is finely-detailed and builds into a large, powerful engine ideally suited to heavy passenger hauling on both the club and larger garden railway.

This engine was built by a professional engineer, in between other jobs in his workshop. It is 95% complete and has been run on a few occasions on a very short test line he installed in his garden. Having almost finished this engine and made a start on a 7 1/4 Highlander (currently in stock), advancing years and changing interests (including a superb ground-up restoration of an E-type Jaguar) led to the sale of both locomotives and the railway itself (which made my van buckle at the knees a little on the way home).

Silver-soldered copper boiler with superheater, fed by axle pump. The design calls for an injector, this has not yet been fitted although the steam valve and pipework is present. Cast iron cylinders with piston valves actuated by Walschaerts valve gear, prototypical sight feed lubricator with regulator-controlled atomiser valve. Steam and screw-down brake, acting on all wheels.

I've run the engine on air, it goes very nicely with very crisp exhaust beats and, with the handful of steamings it has had in its life, is mechanically as-new.

There are several minor jobs to do on the engine - plumbing up an injector, finishing the safety valve bonnet (a steel former for the brasswork is included), fitting spectacle brasses etc - and it requires painting. Given the quality of work done to date, there is the potential to make an extremely good engine with little further expenditure.