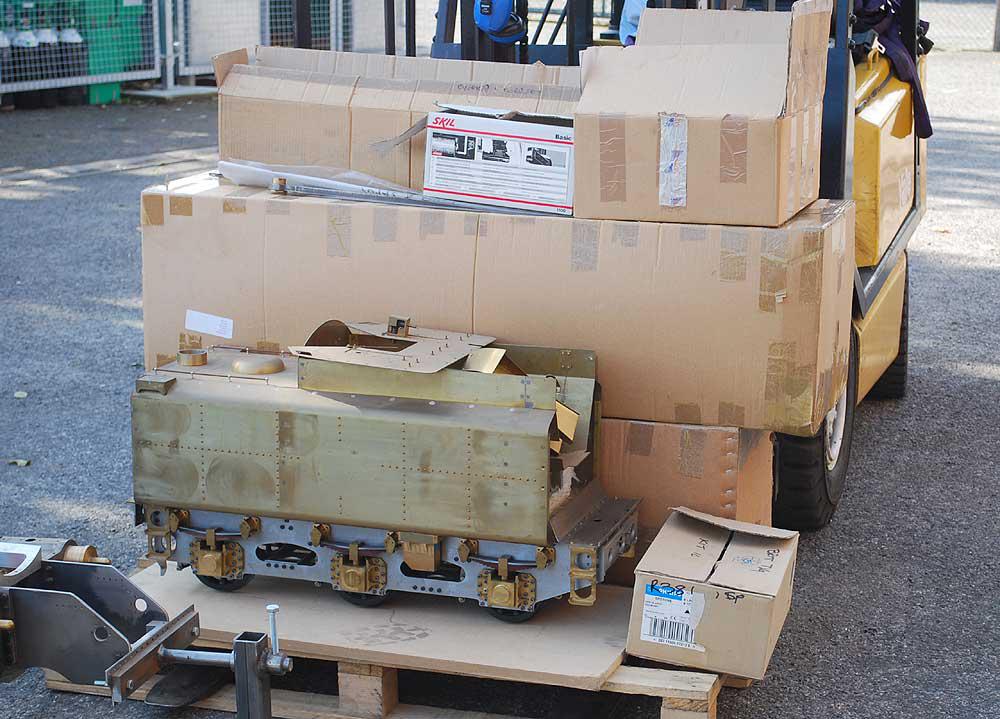 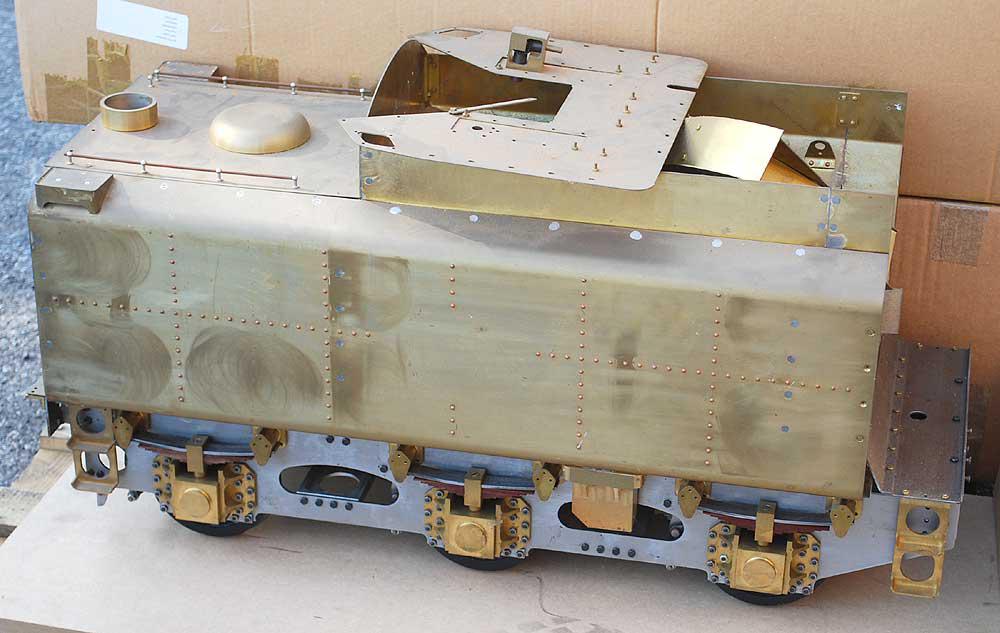 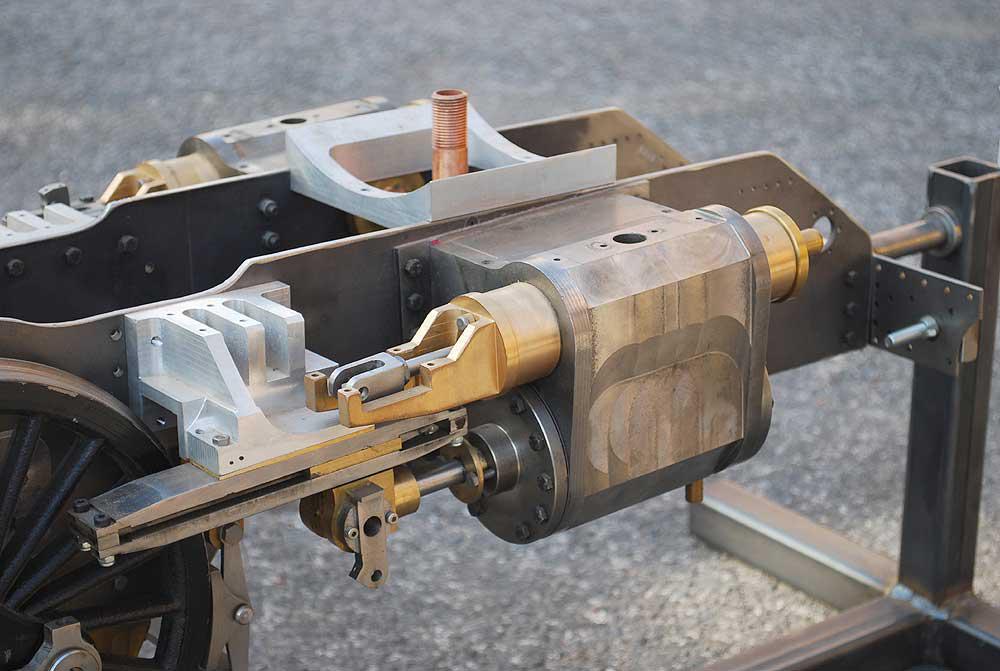 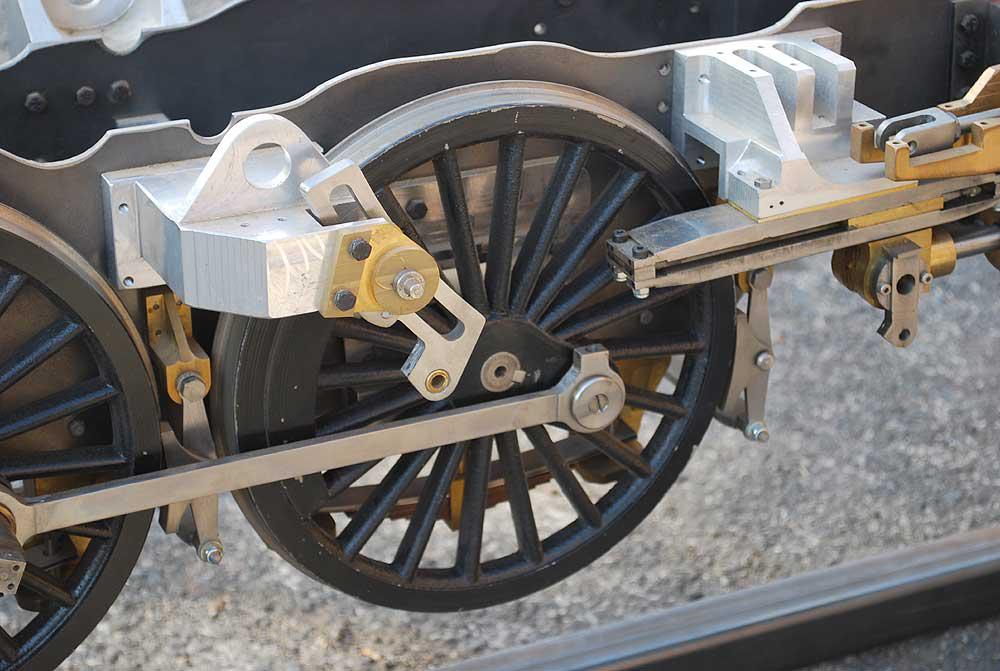 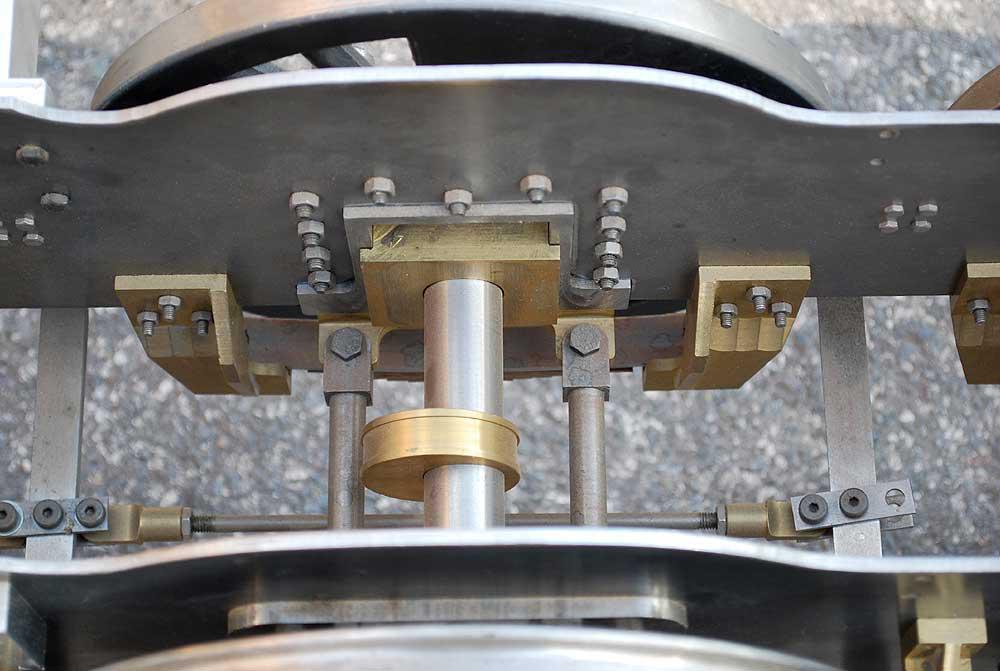 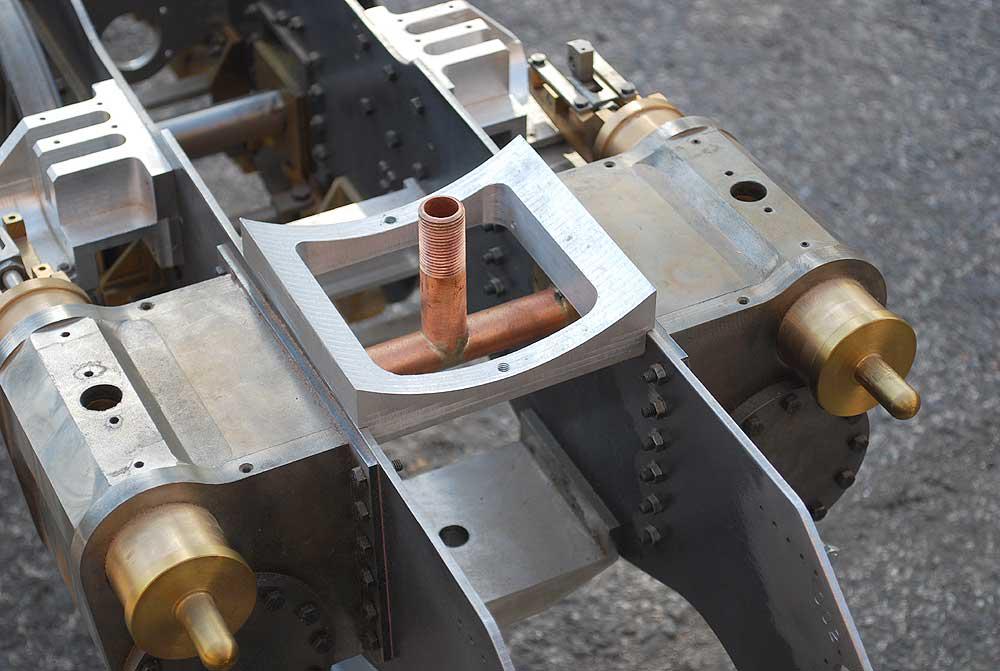 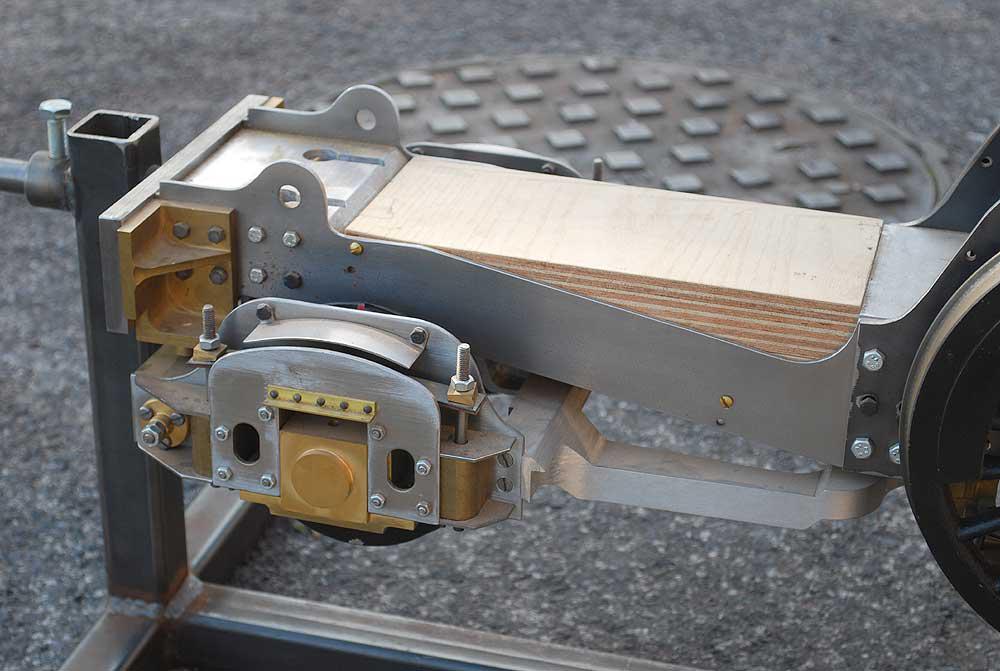 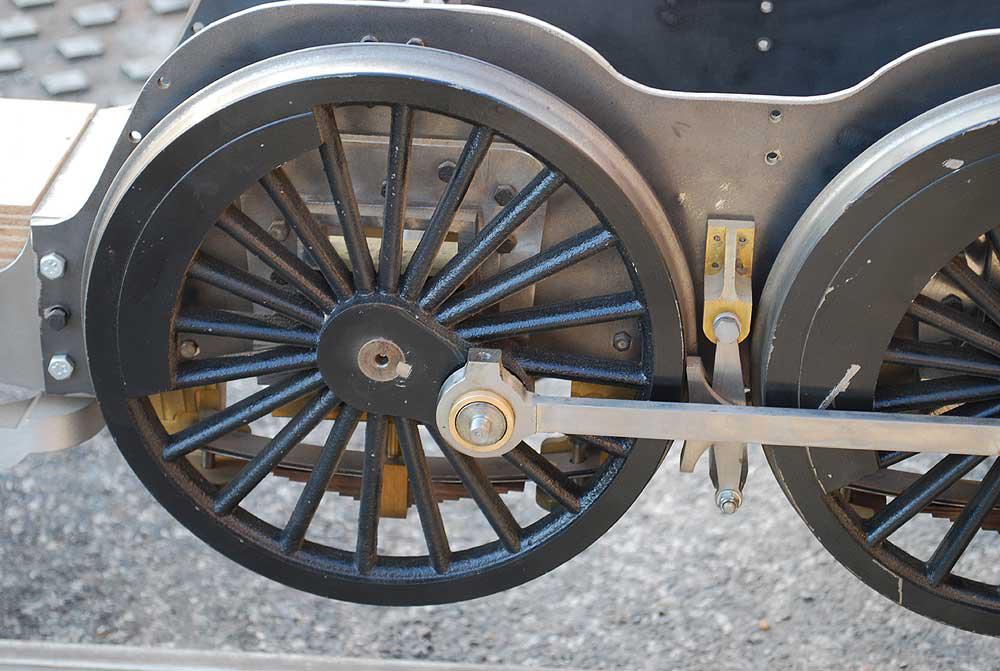 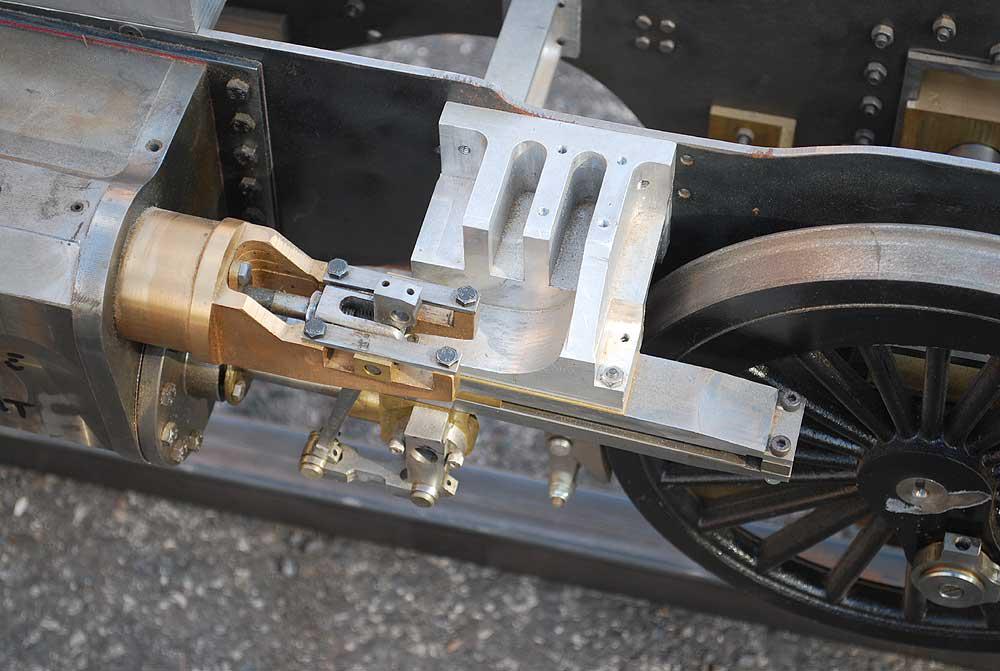 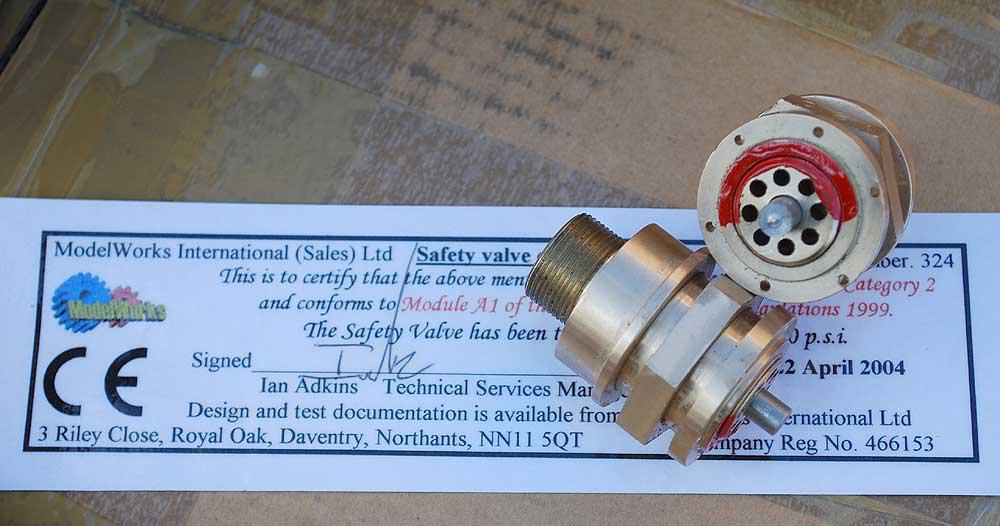 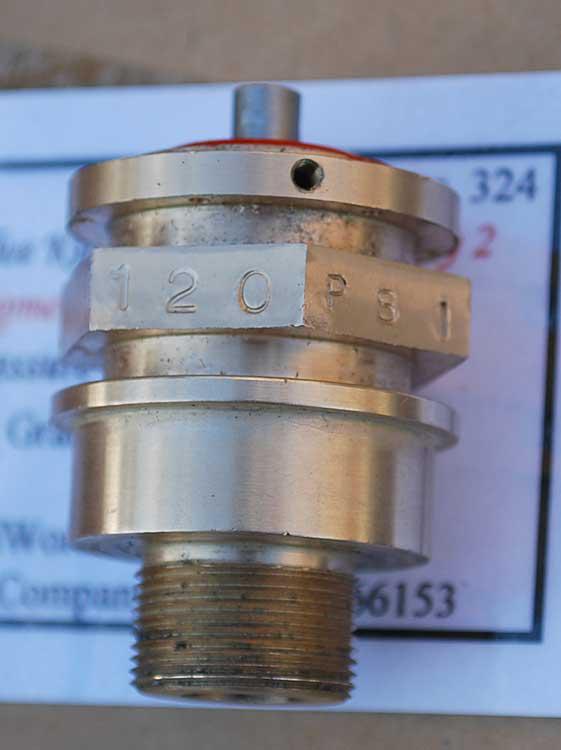 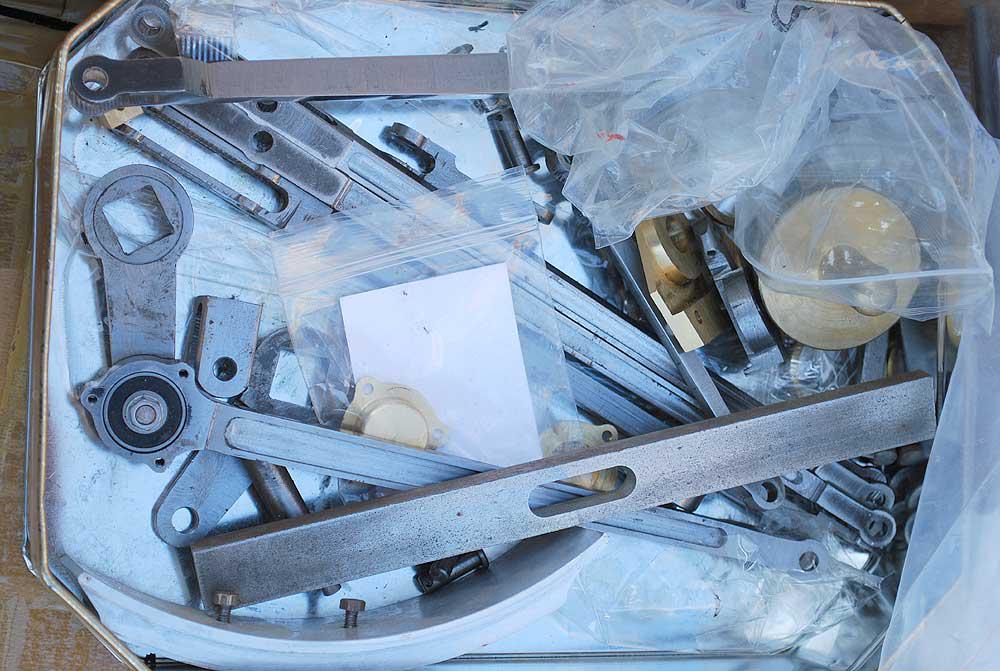 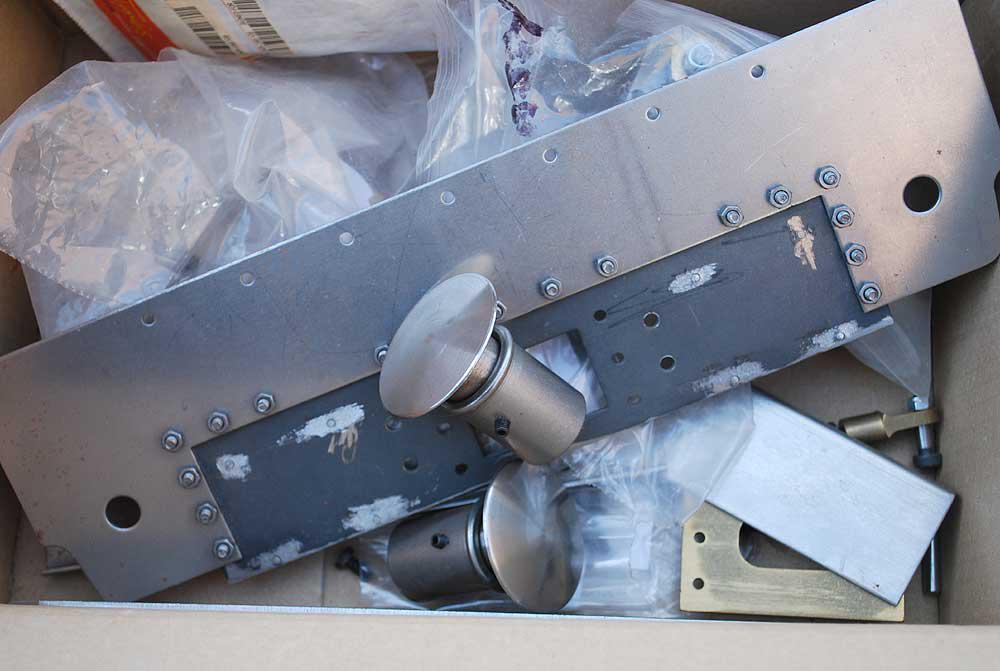 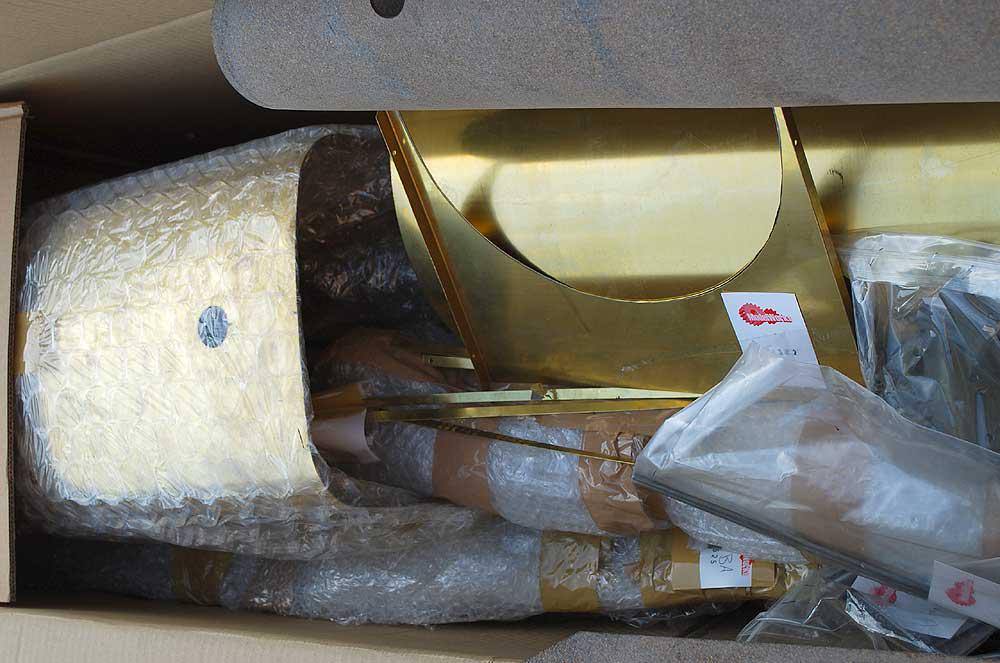 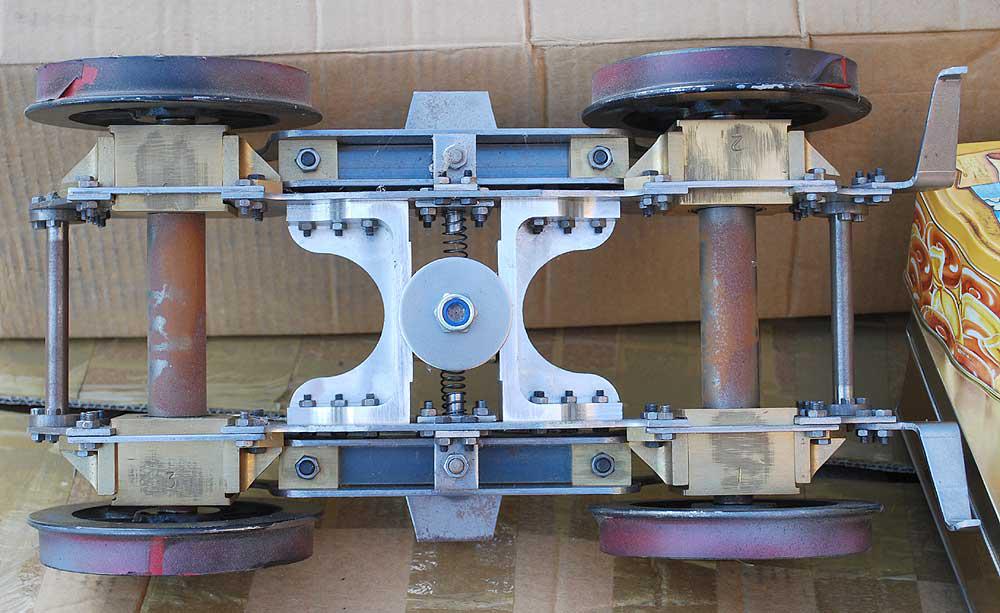 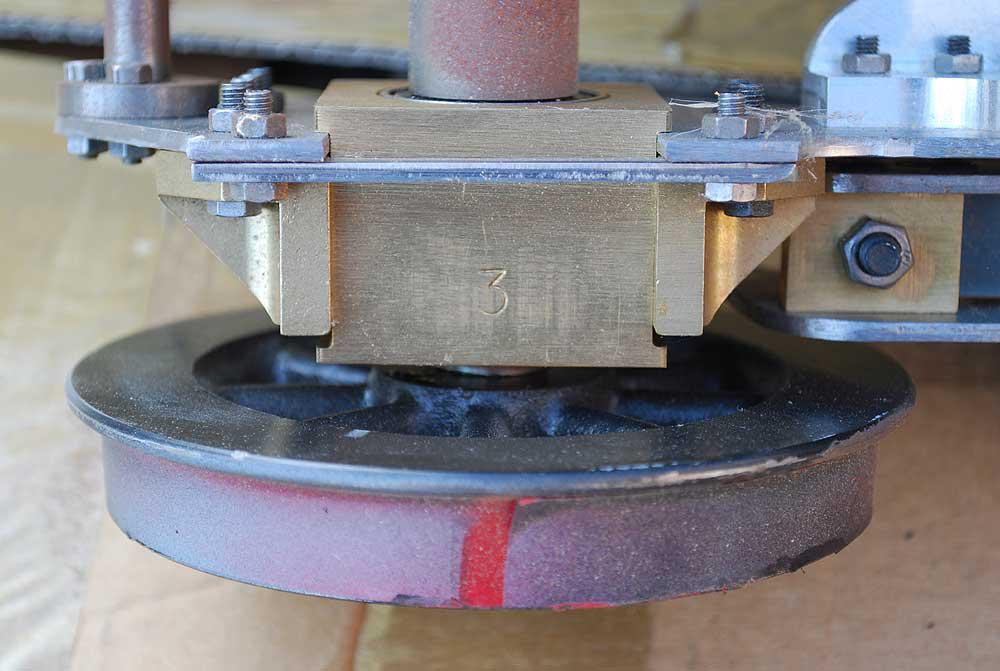 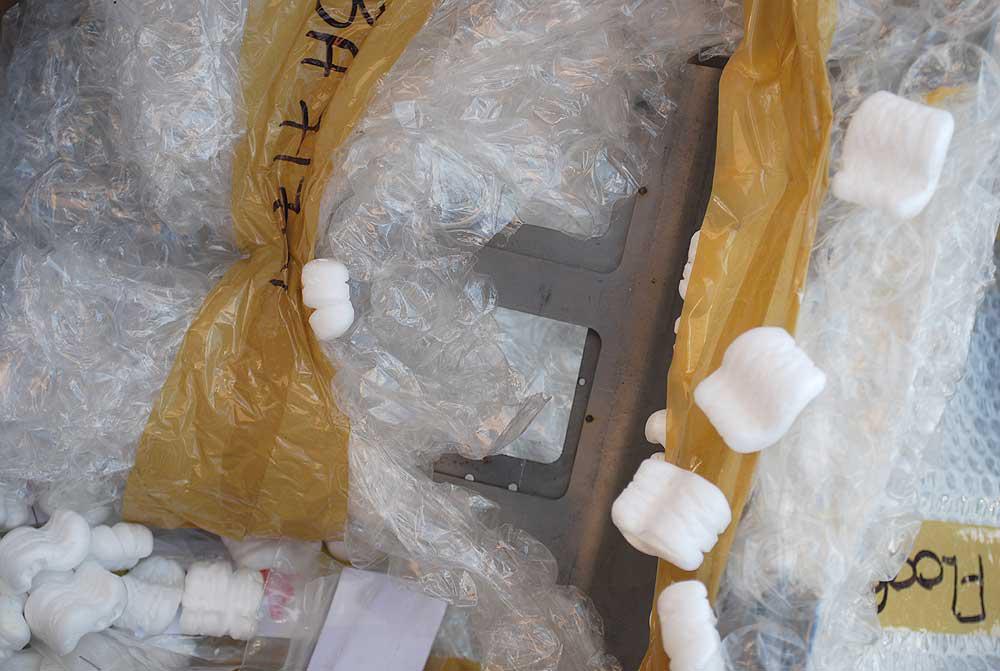 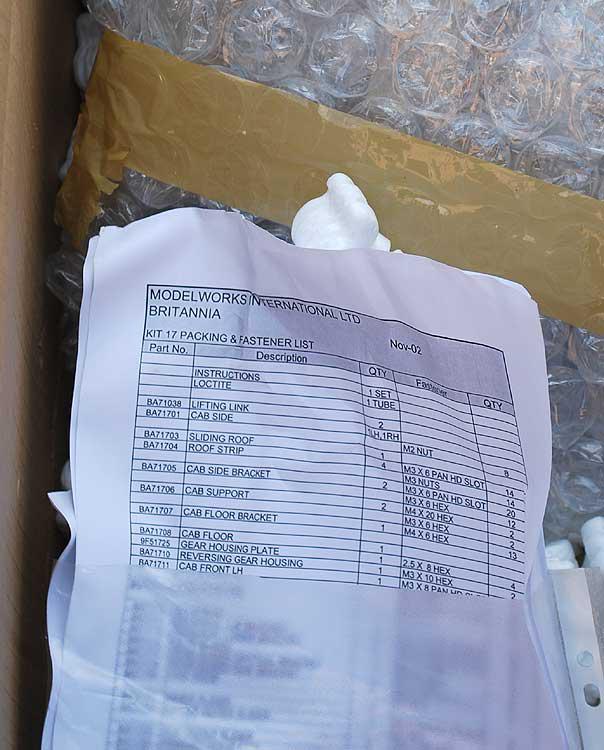 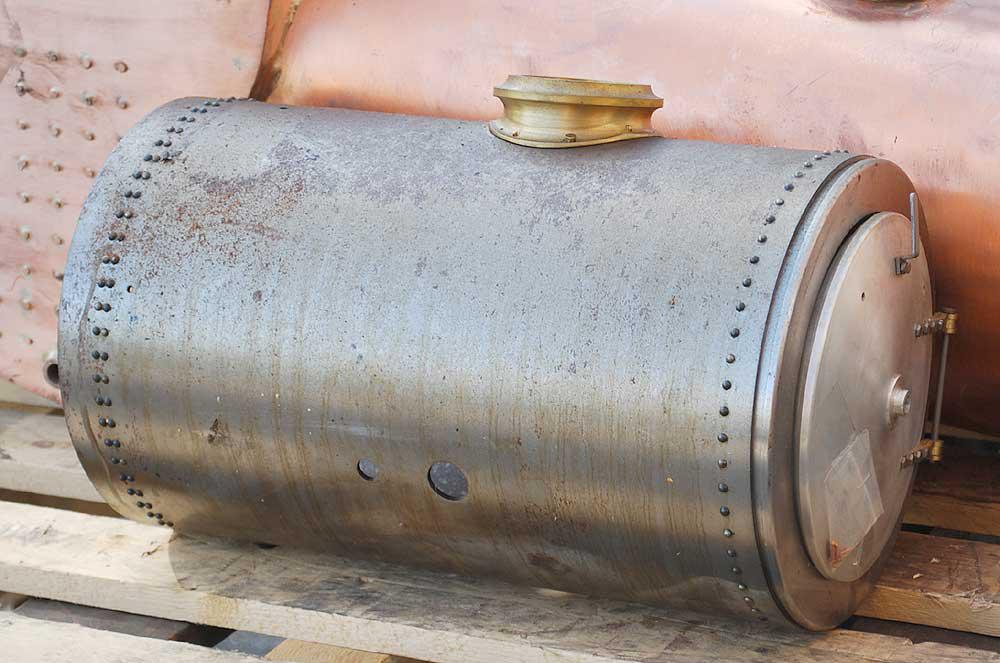 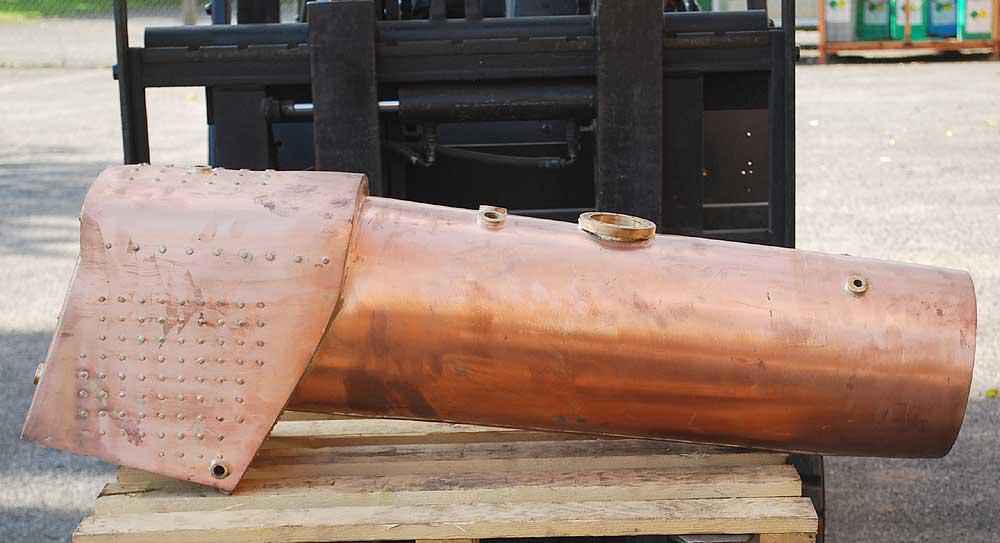 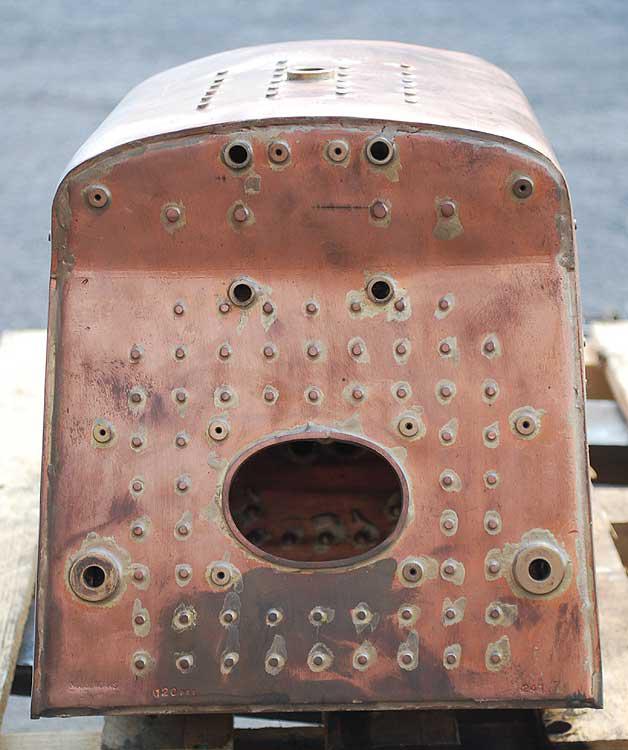 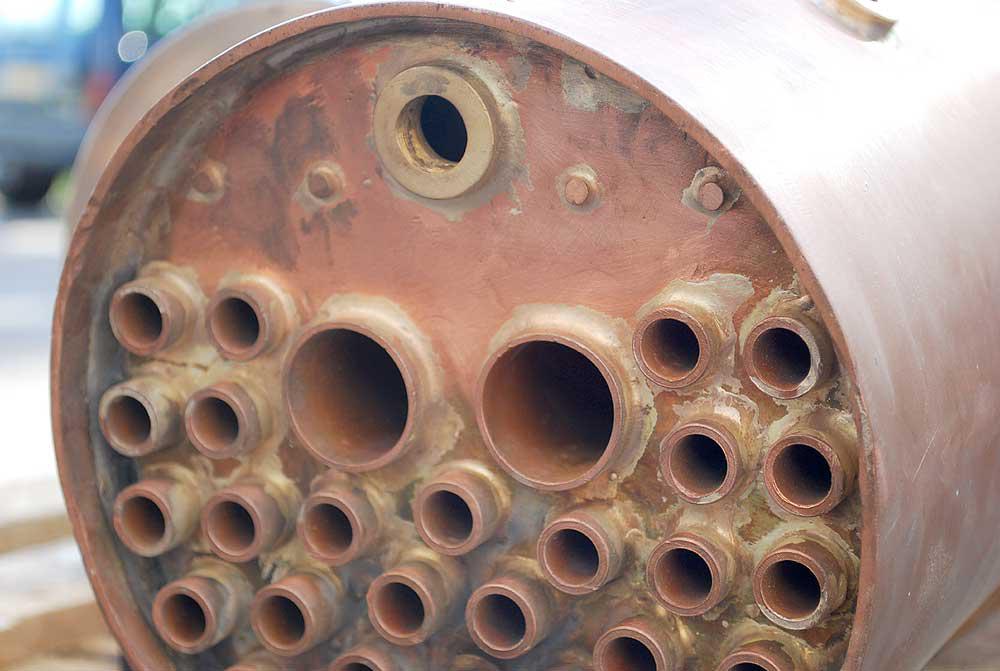 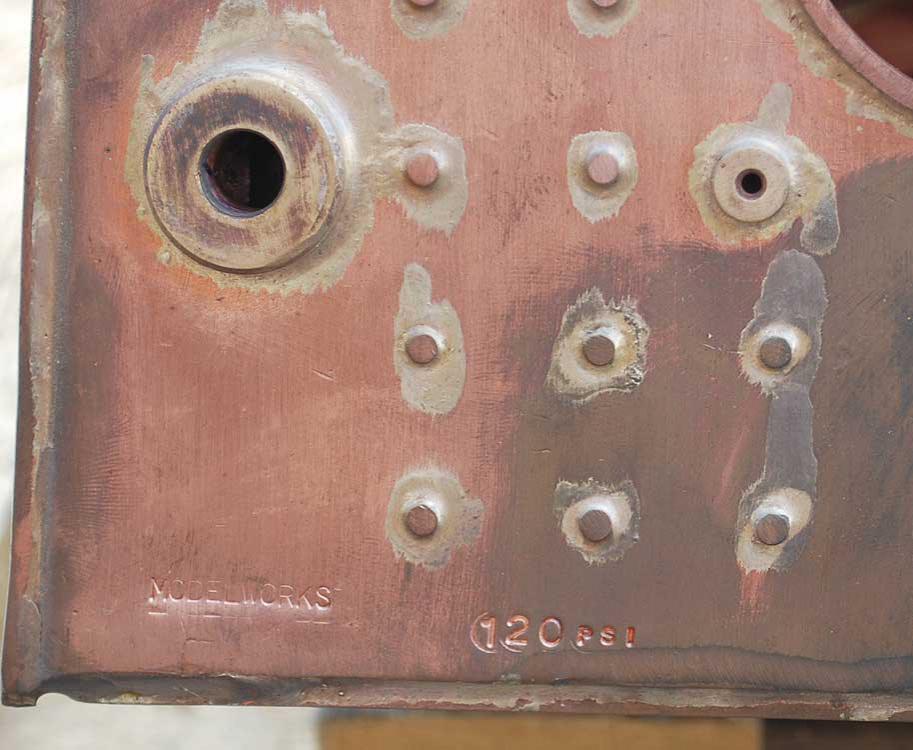 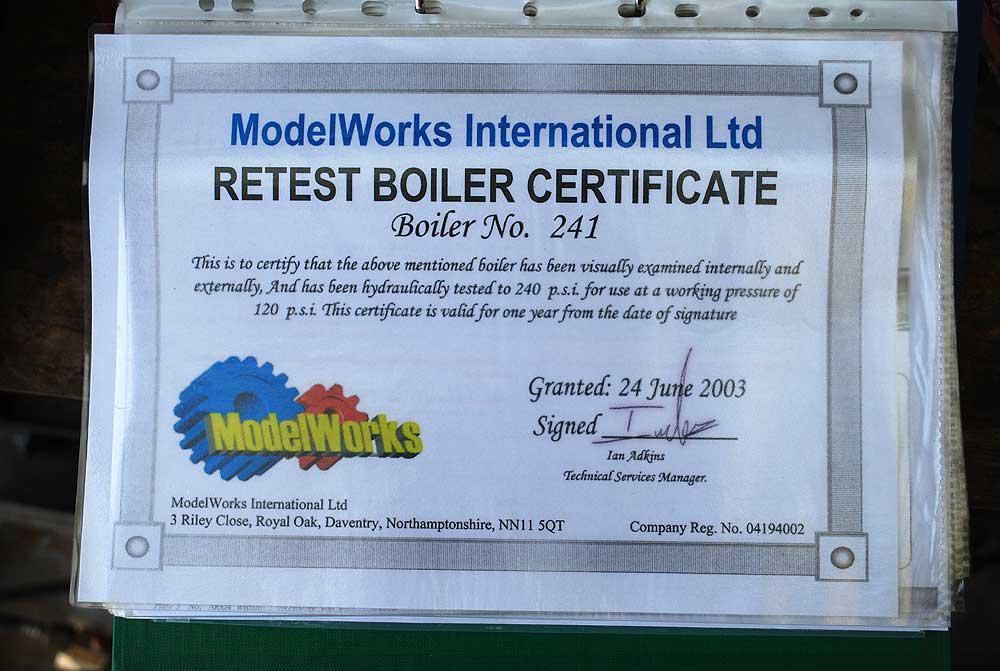 This is a complete set of kits for a ModelWorks 7 1/4 inch gauge Britannia, with a significant amount of assembly already completed. Bought by a gentleman who collected each kit direct from the factory, it has been kept in a heated garage for the last six years and is in pretty much ex-works condition, bar slight surface rust on the front bogie axles and smokebox.

The chassis has been partially assembled, all parts have been carefully fettled and fitted , the wheels turn smoothly and freely with the coupling rods on.

The silver-soldered superheated copper boiler has had an initial 240psi hydraulic test for 120psi working pressure - it's one of the biggest copper boilers I've handled, Geoff and I can just about lift it between us.

Three major boxes remained unopened when I collected this one, containing the platework, cladding and fittings respectively. Having gone through the parts that are fitted and those still boxed - and given that it is a one owner engine - I am confident that there is nothing significant missing.

I thought that the 5 inch gauge Britannias I sold earlier this year have been pretty substantial bits of machinery, by comparison this thing is enormous - it measures nearly nine feet long with the tender and will weigh something around quarter of a ton when finished. Builders of the 5 inch gauge version of the ModelWorks Britannia seem to have got to grips putting these engines together, there are many now running. The 7 1/4 inch gauge version, although much rarer than the 5 inch (I believe only 24 were ever built) is a scaled-up version, I expect much of the accumulated "know how" will be of direct benefit to this build.