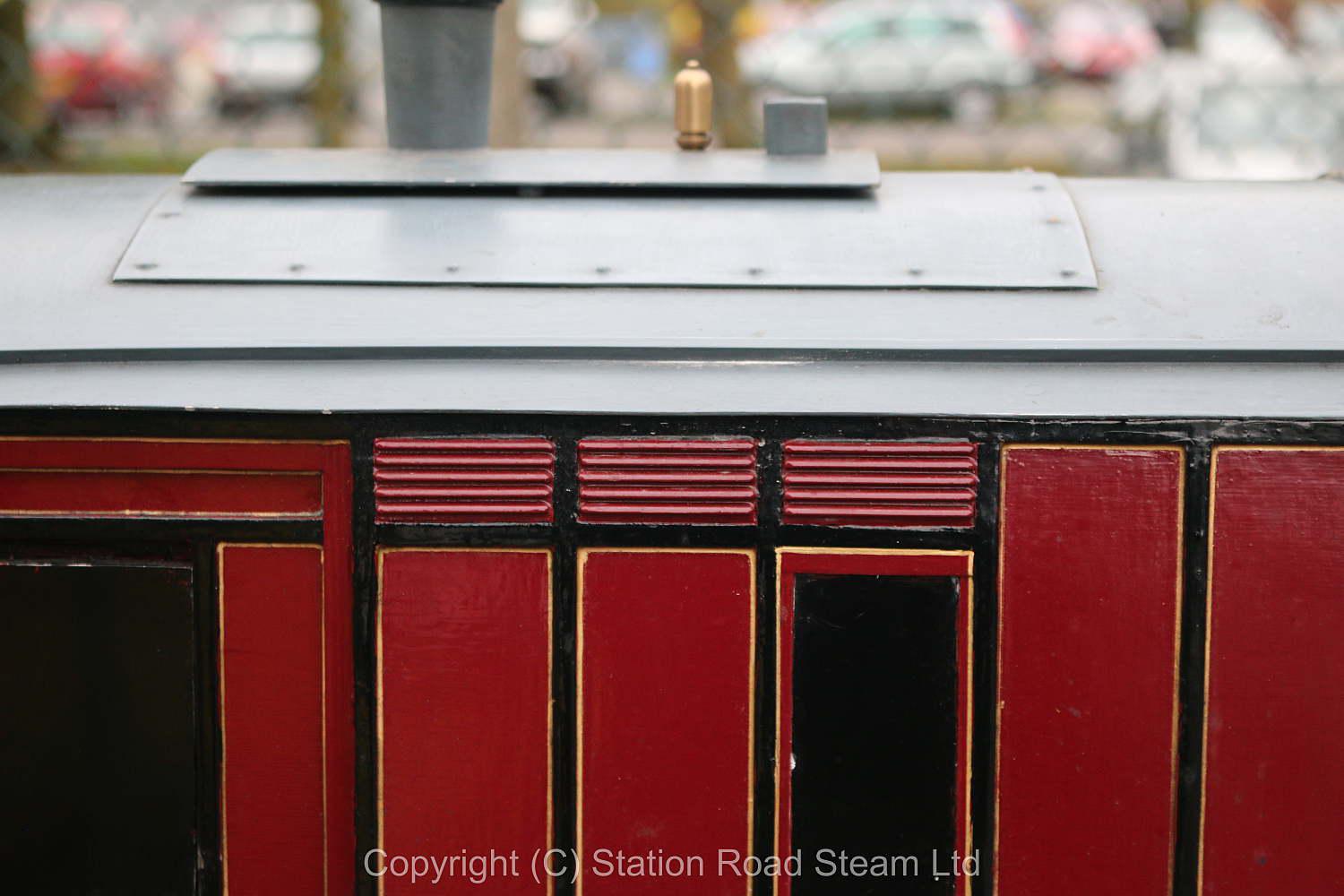 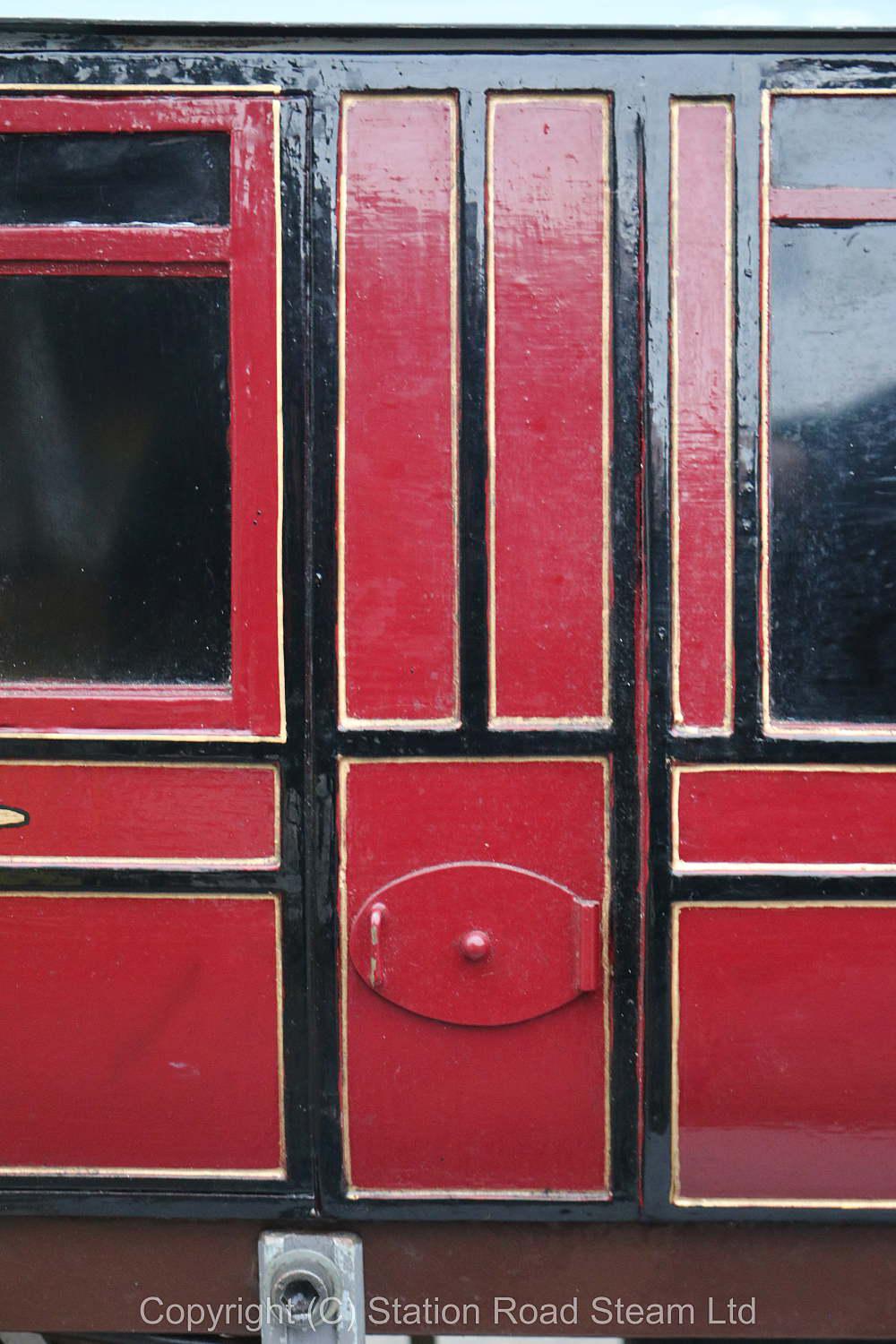 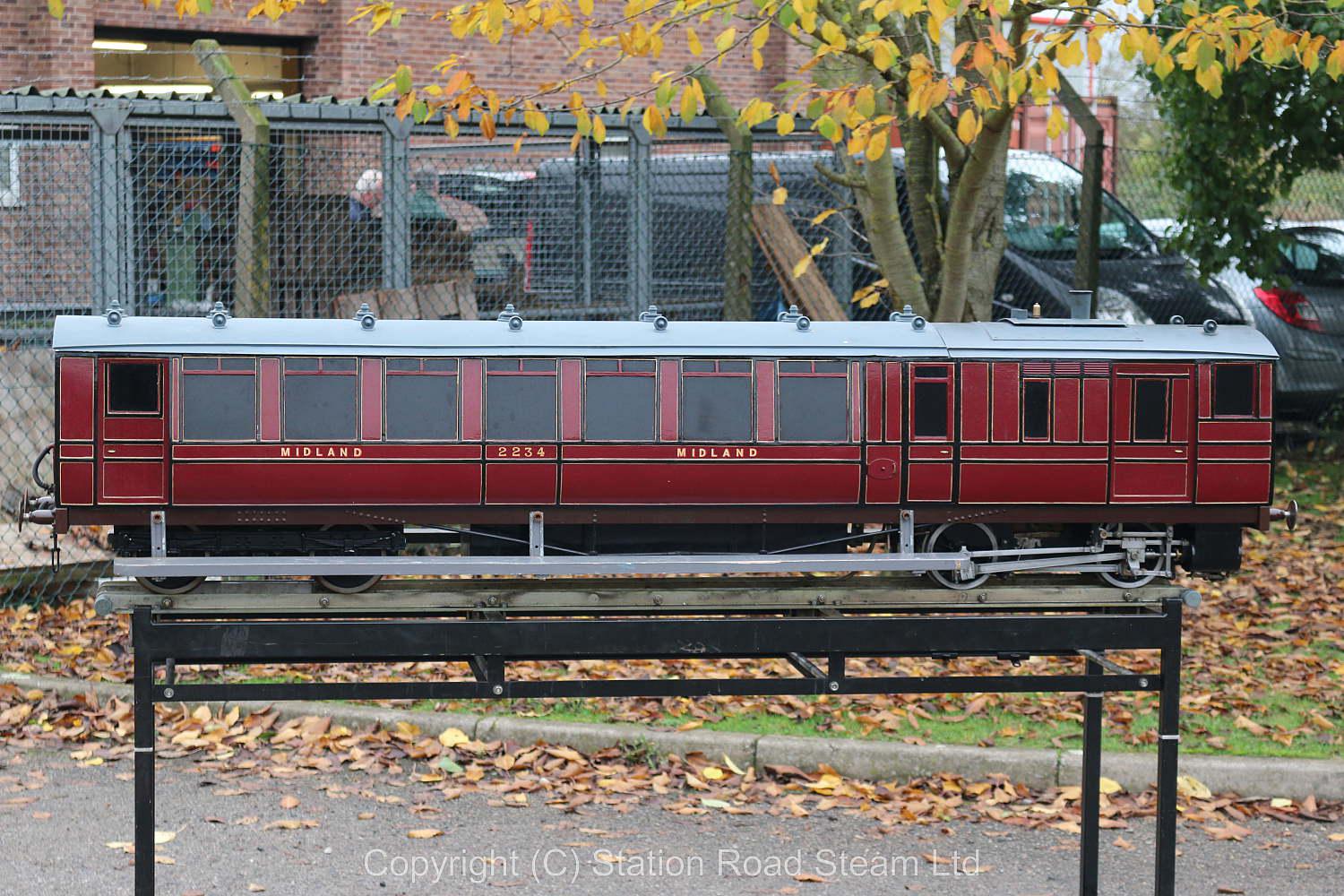 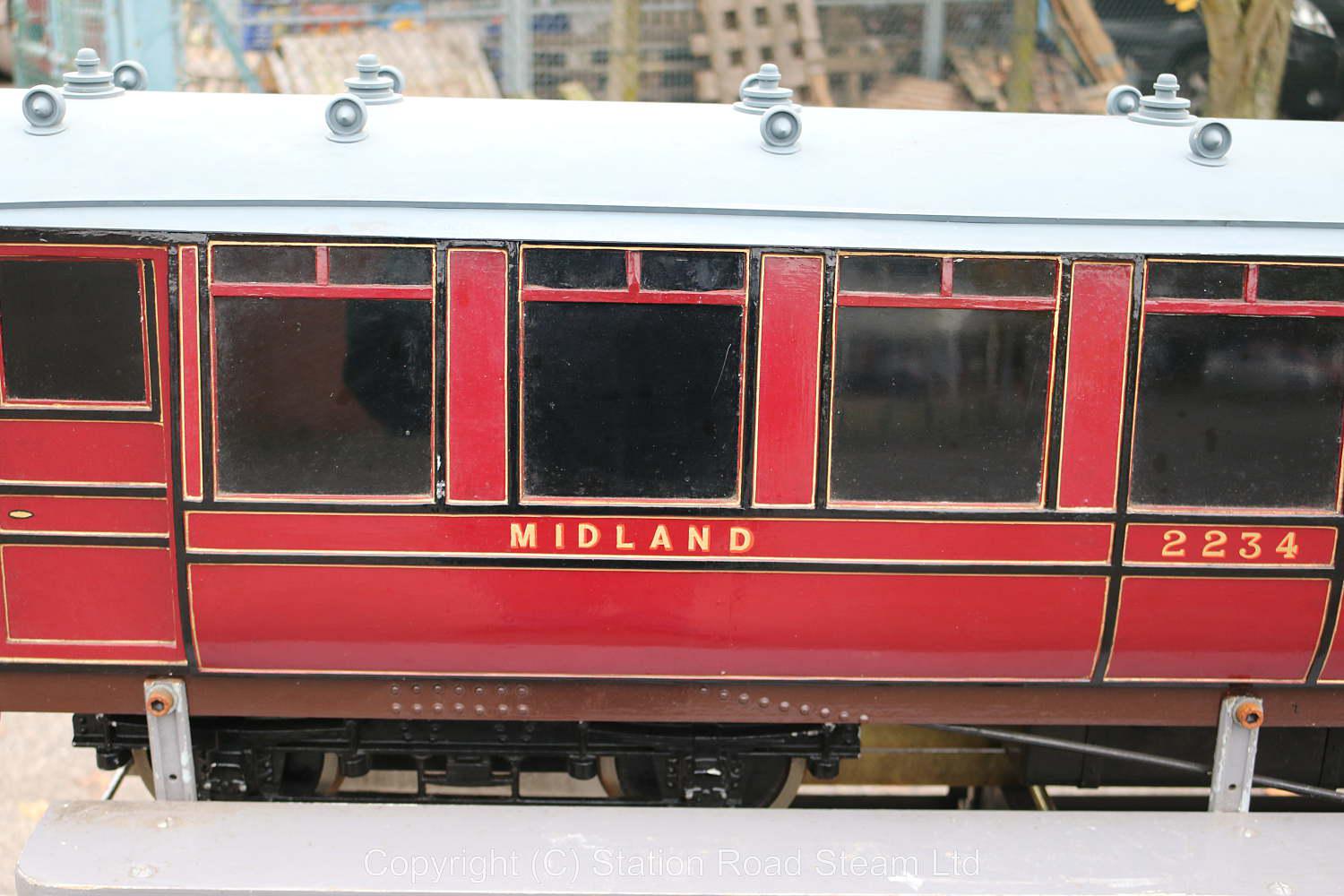 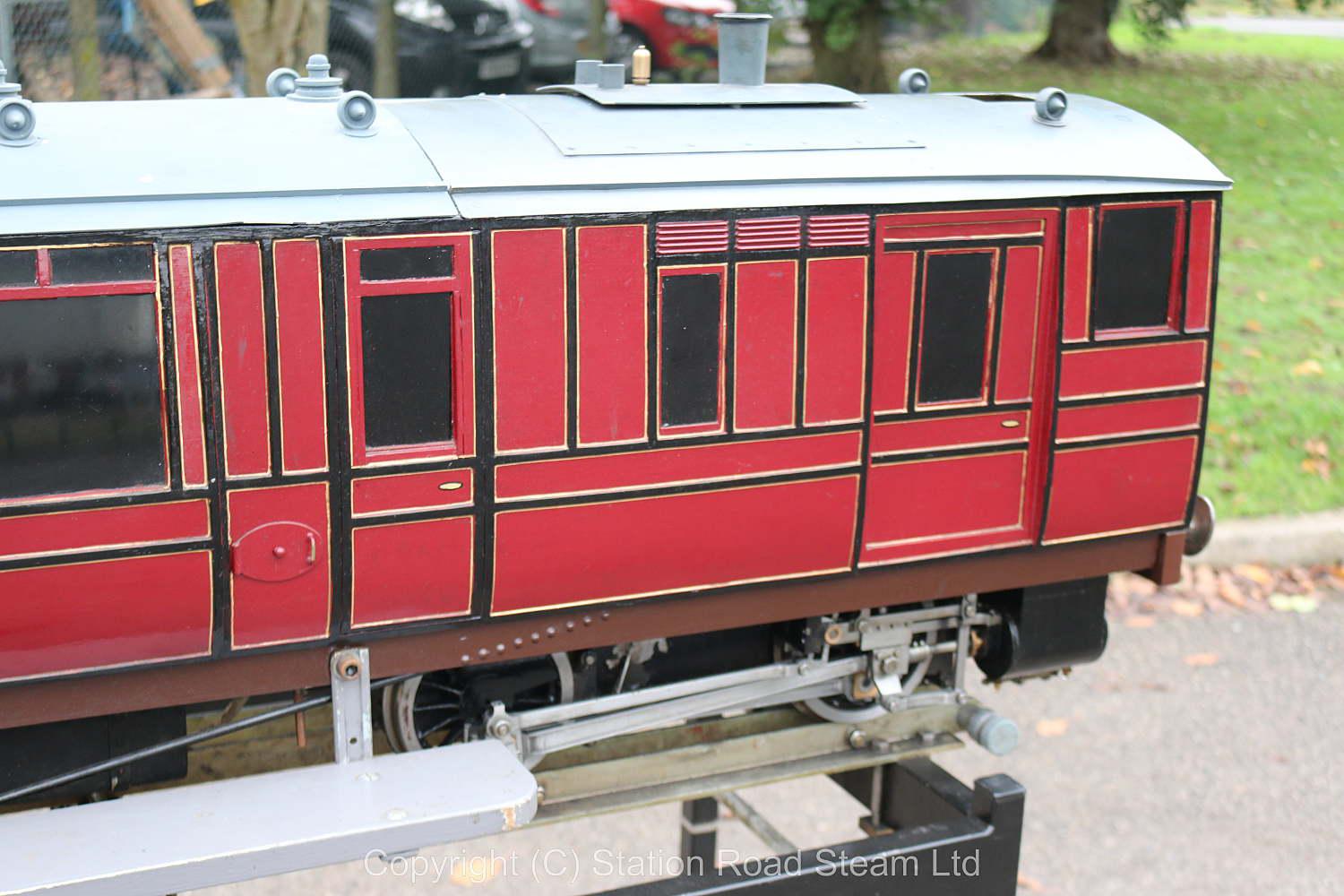 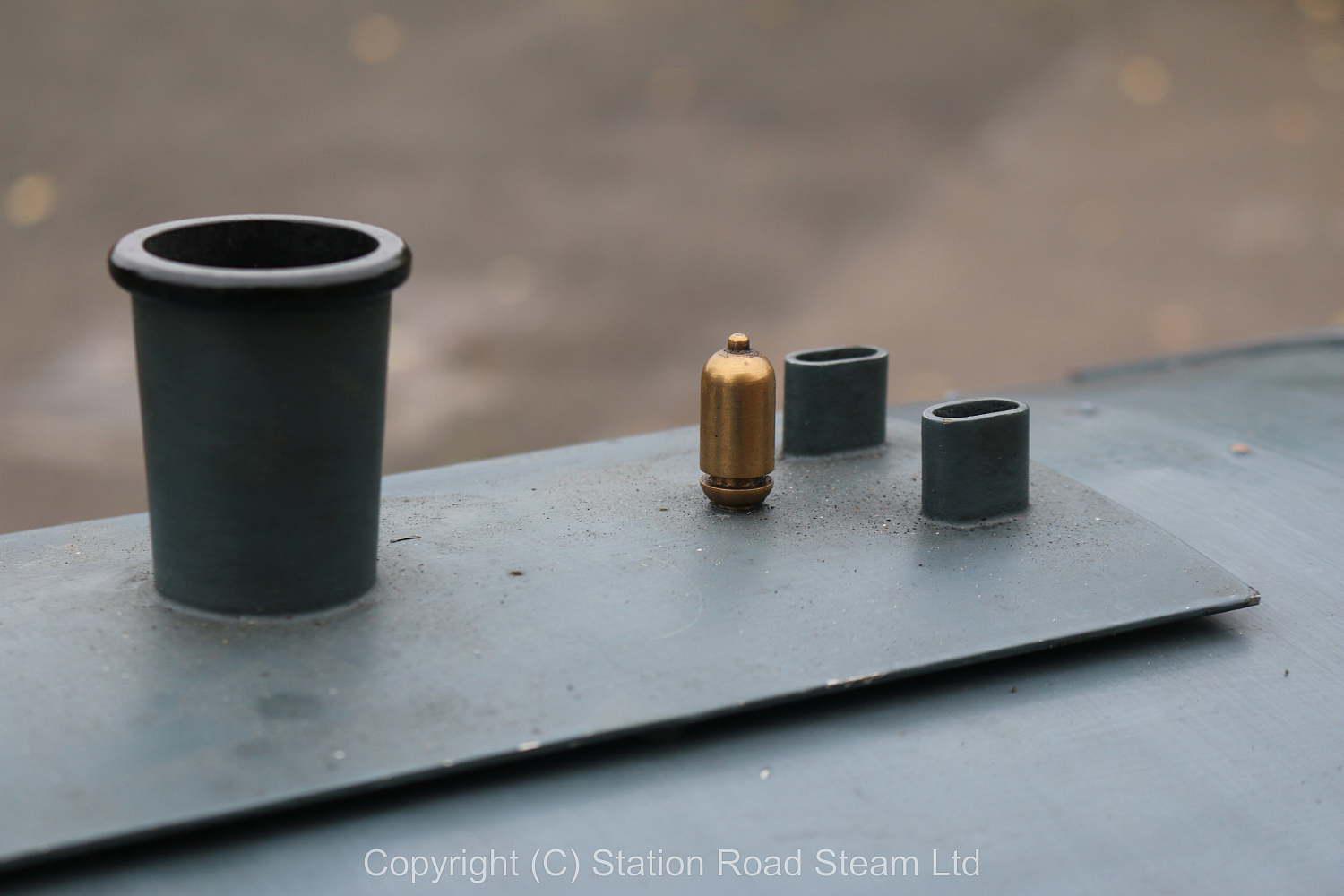 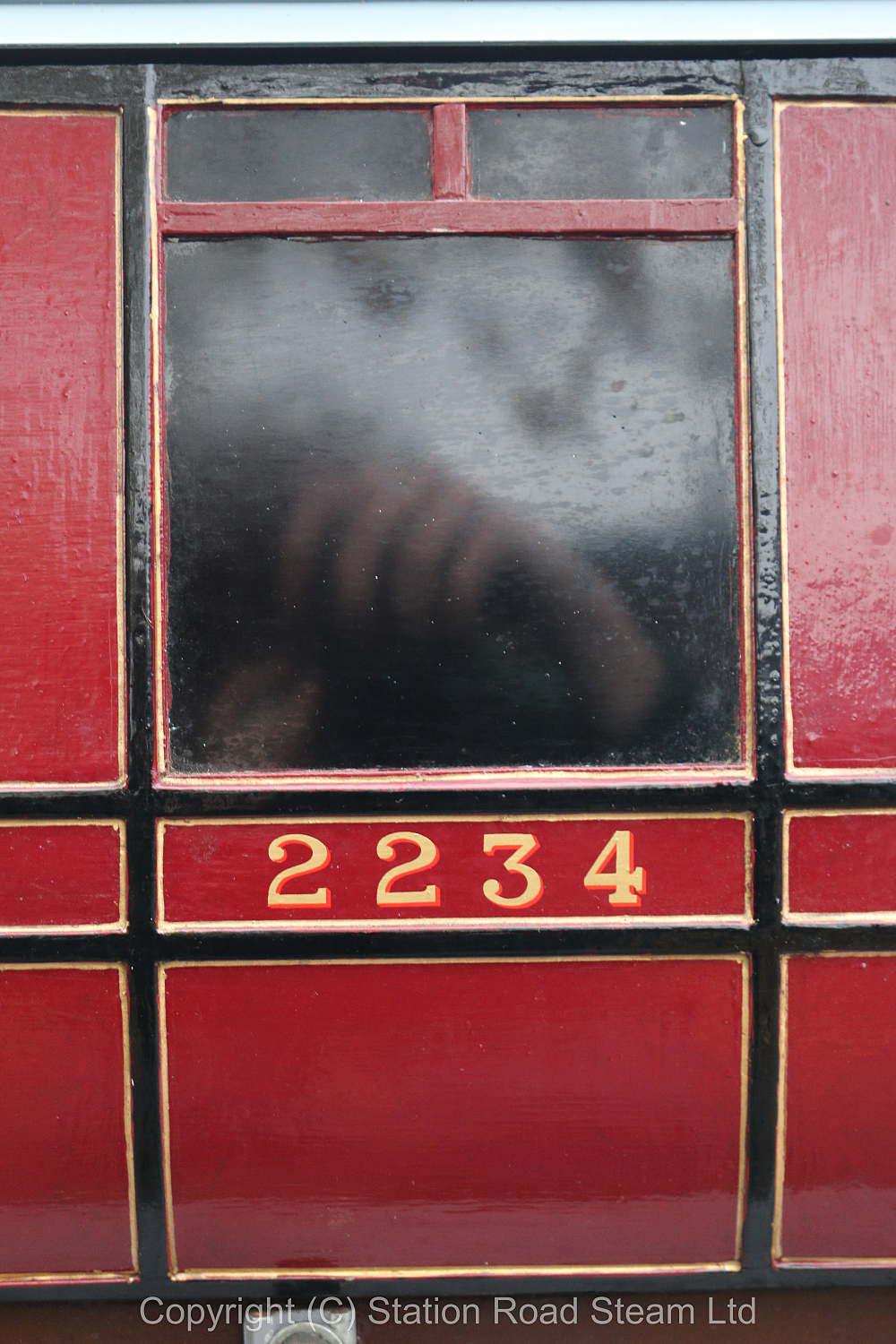 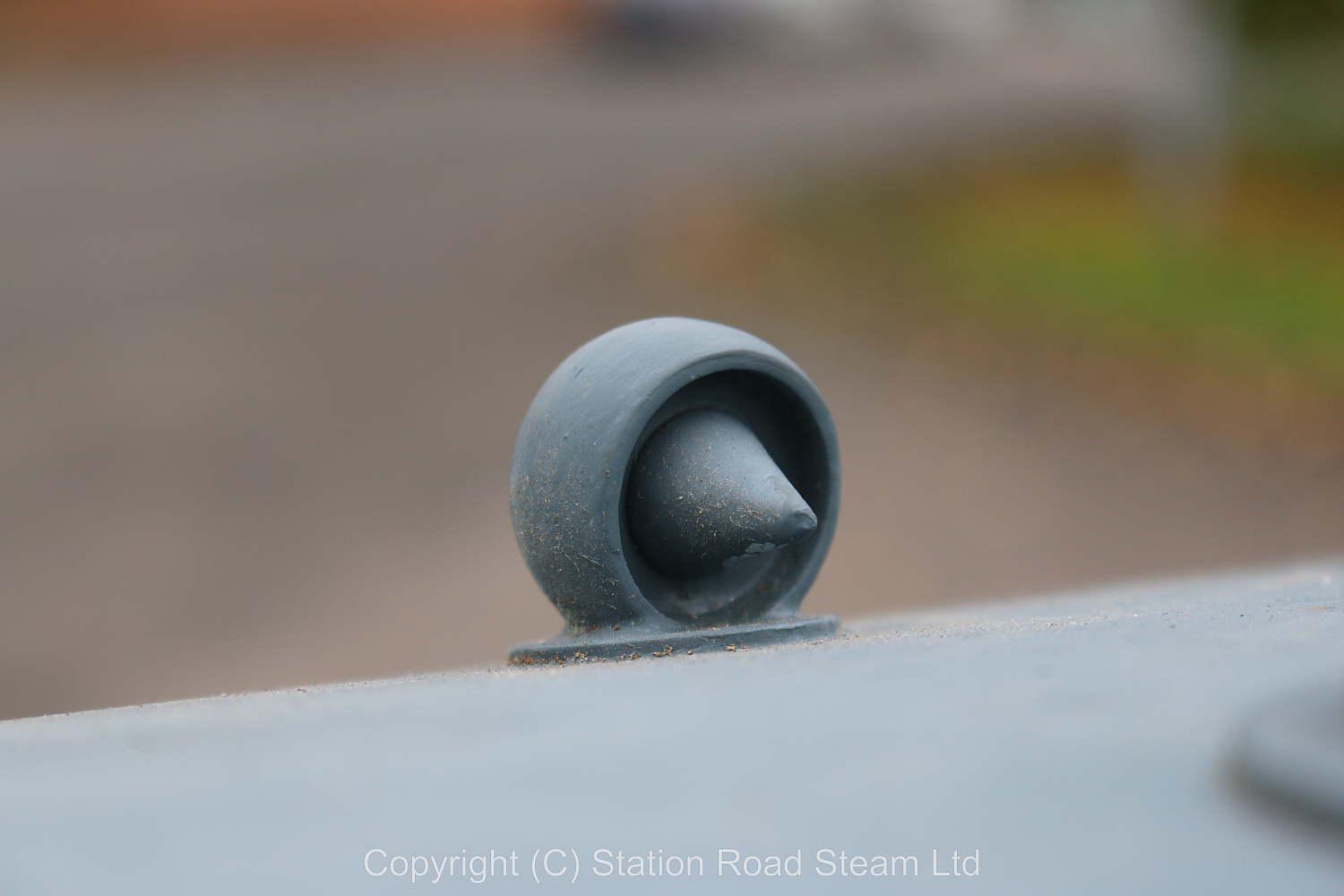 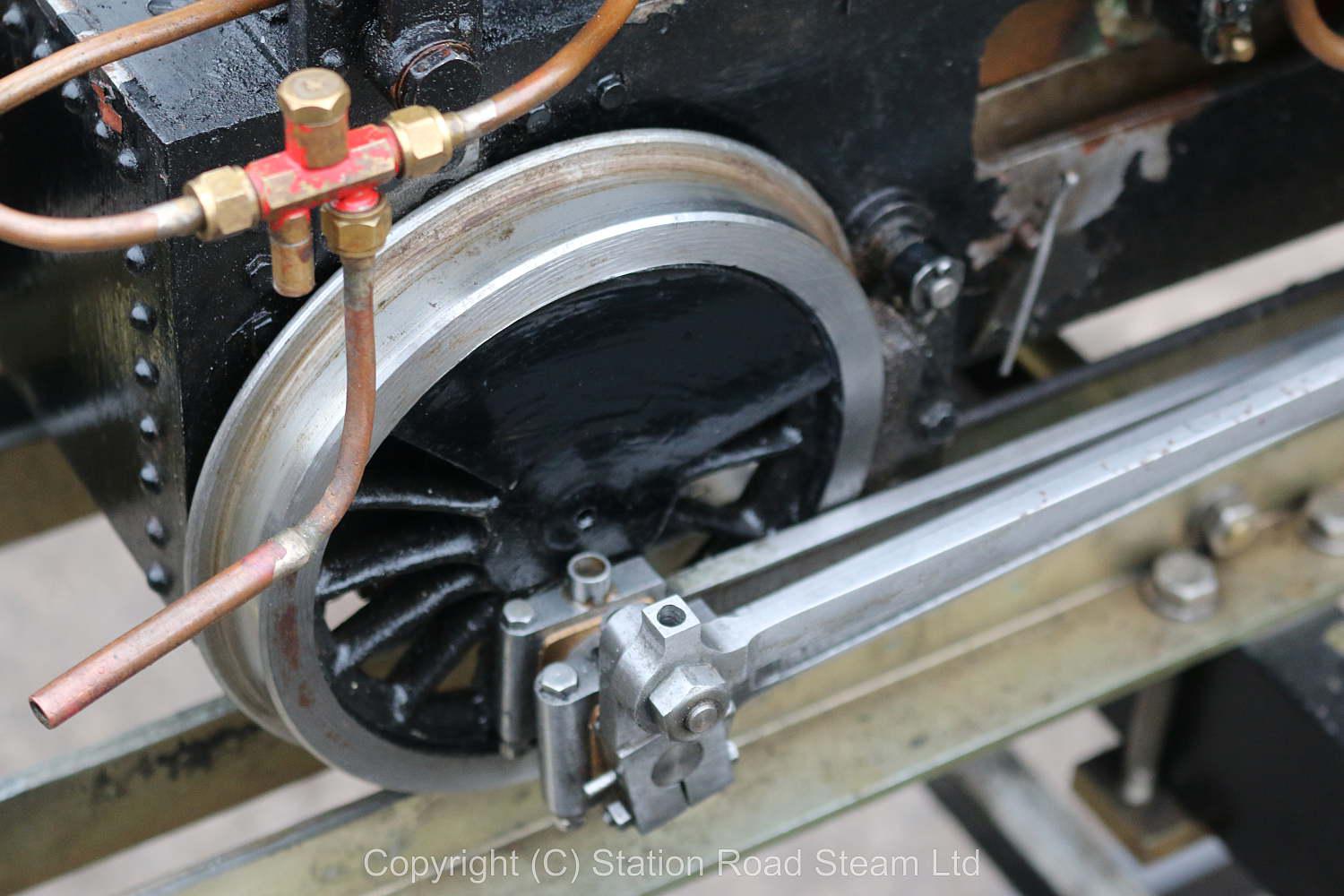 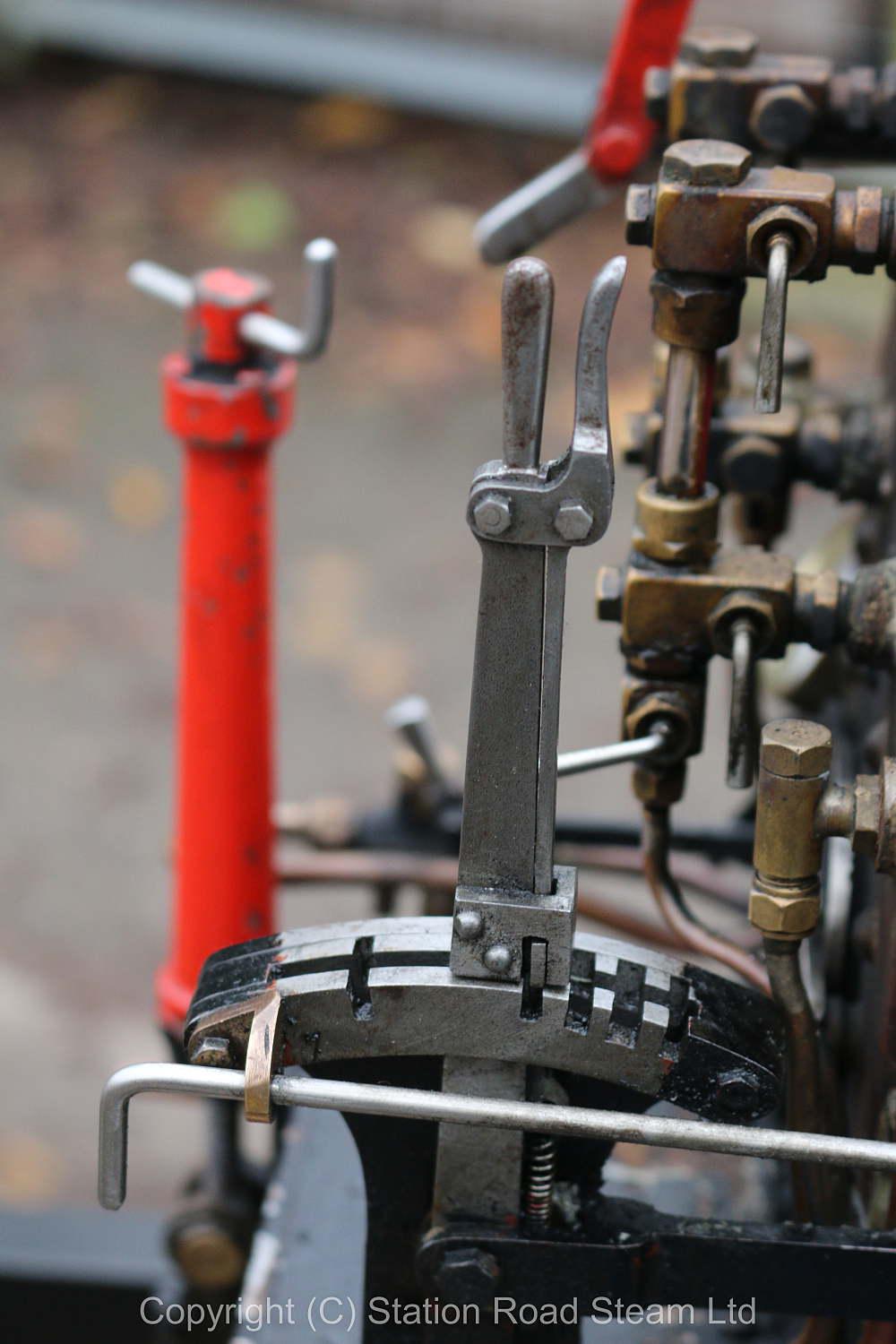 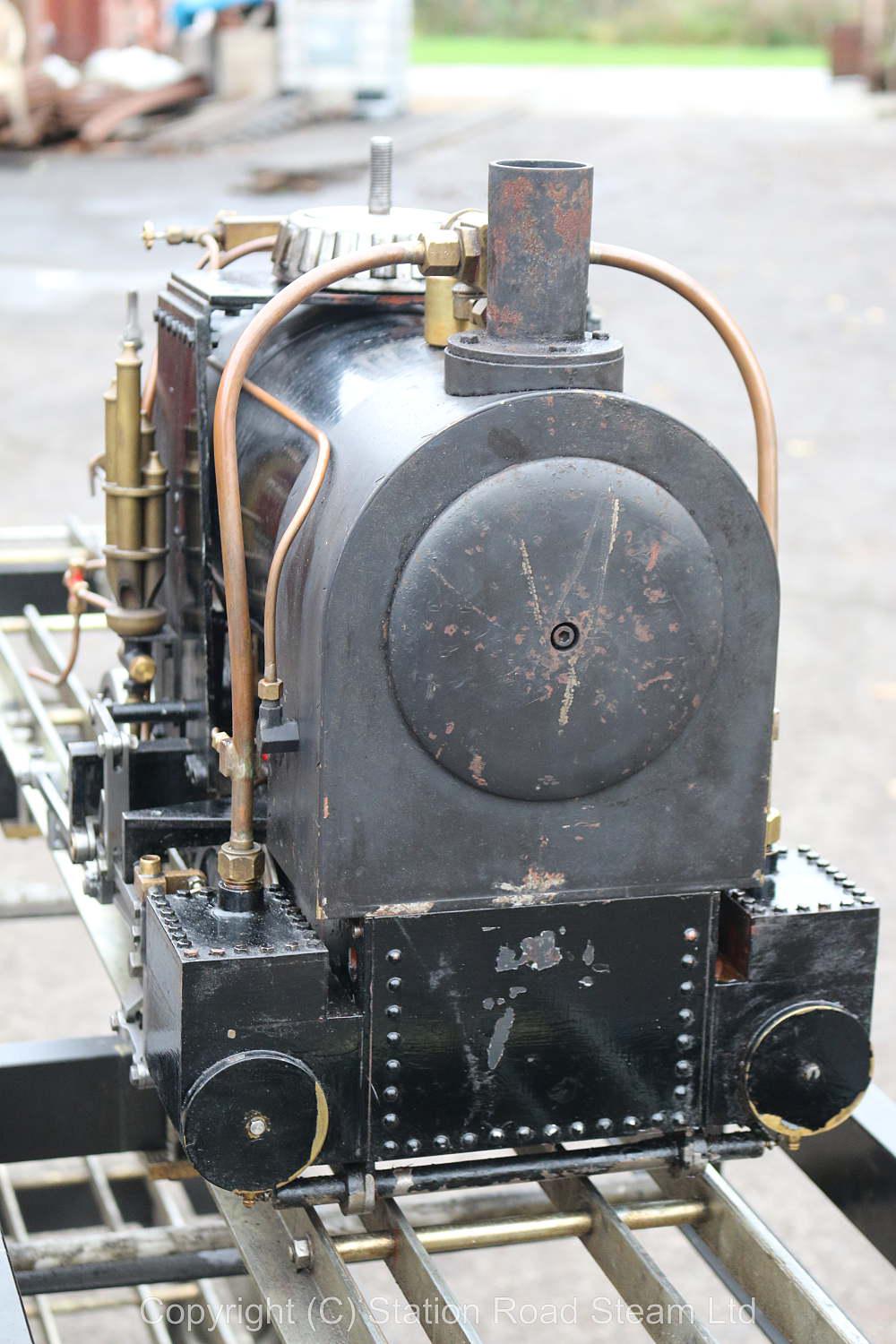 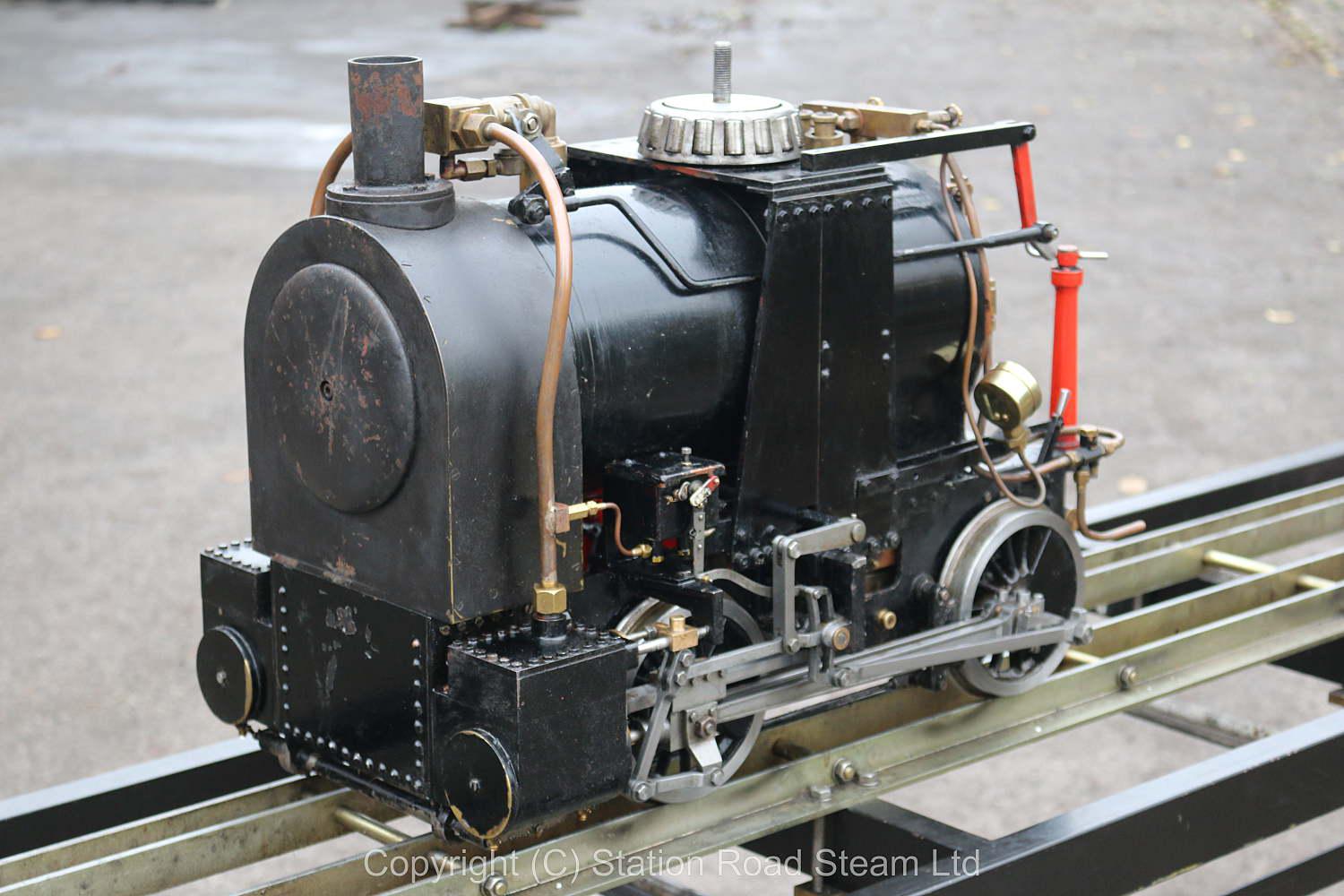 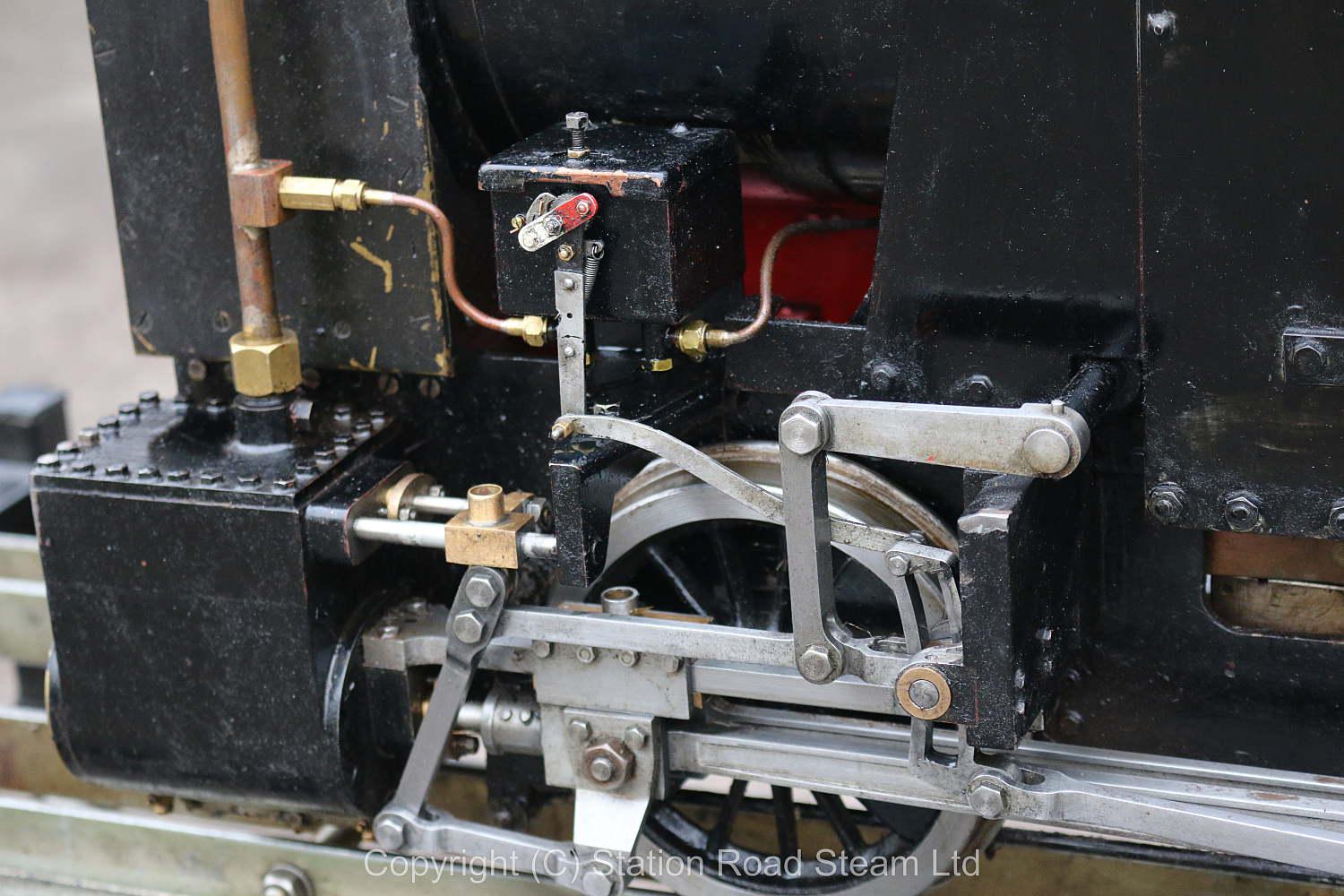 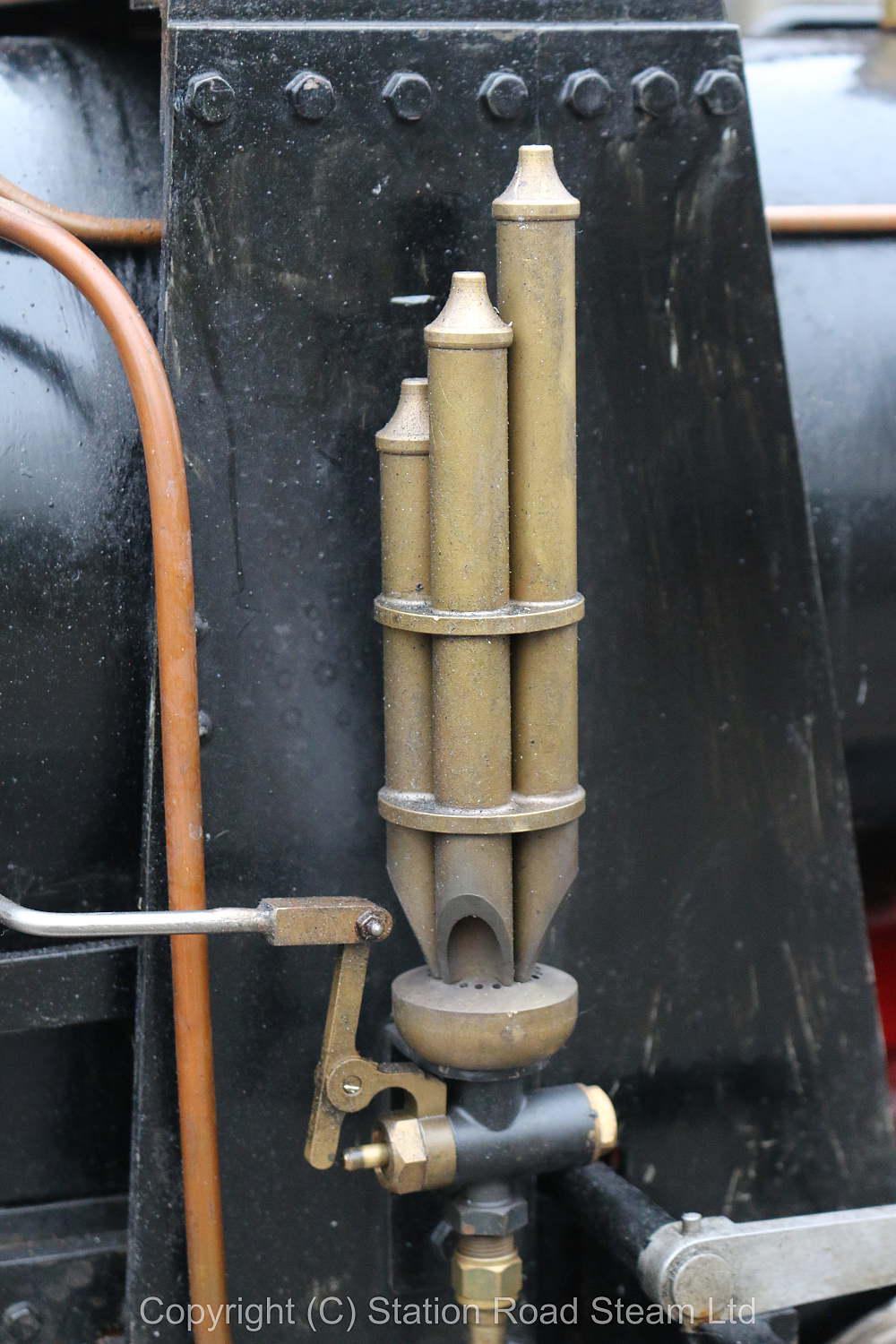 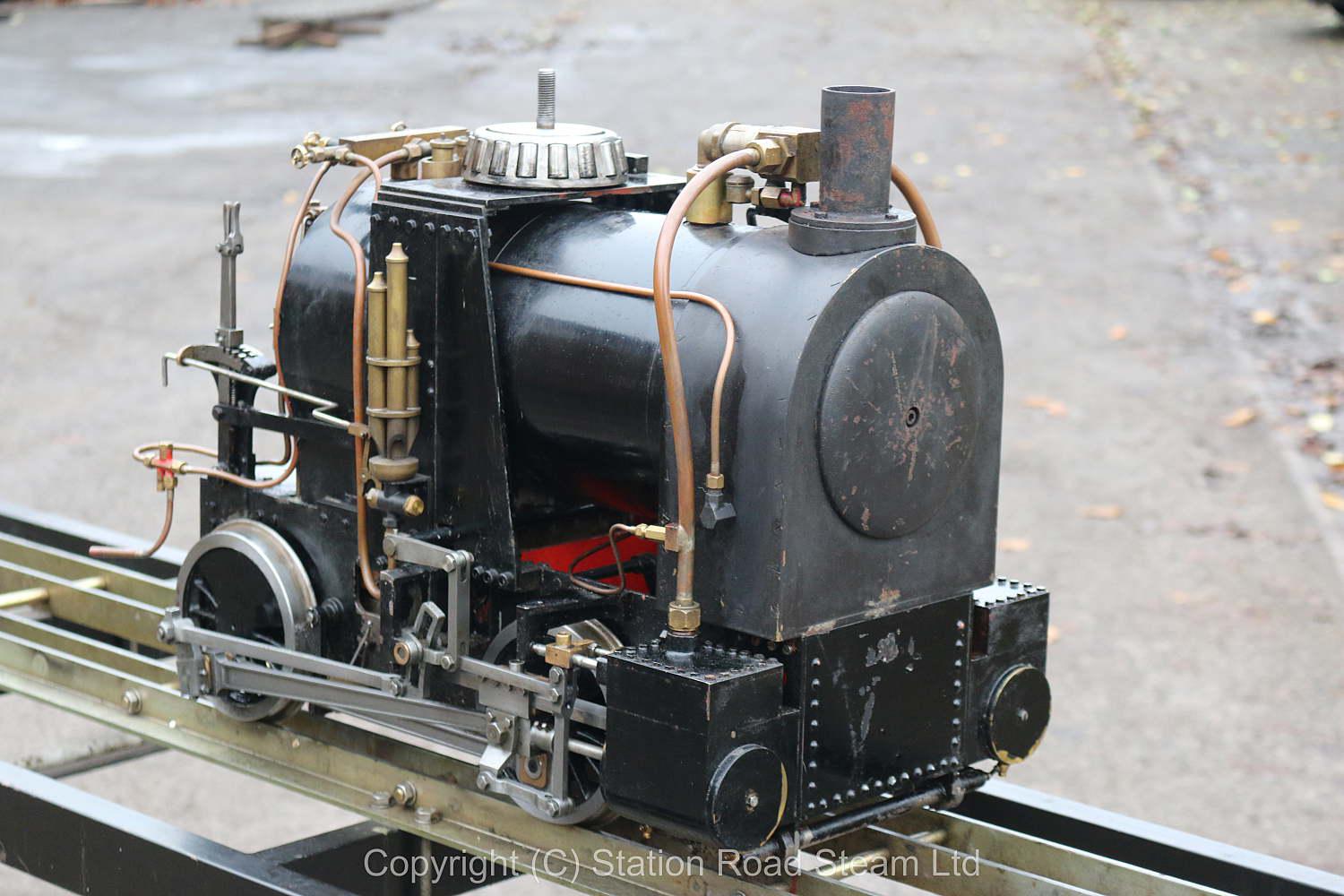 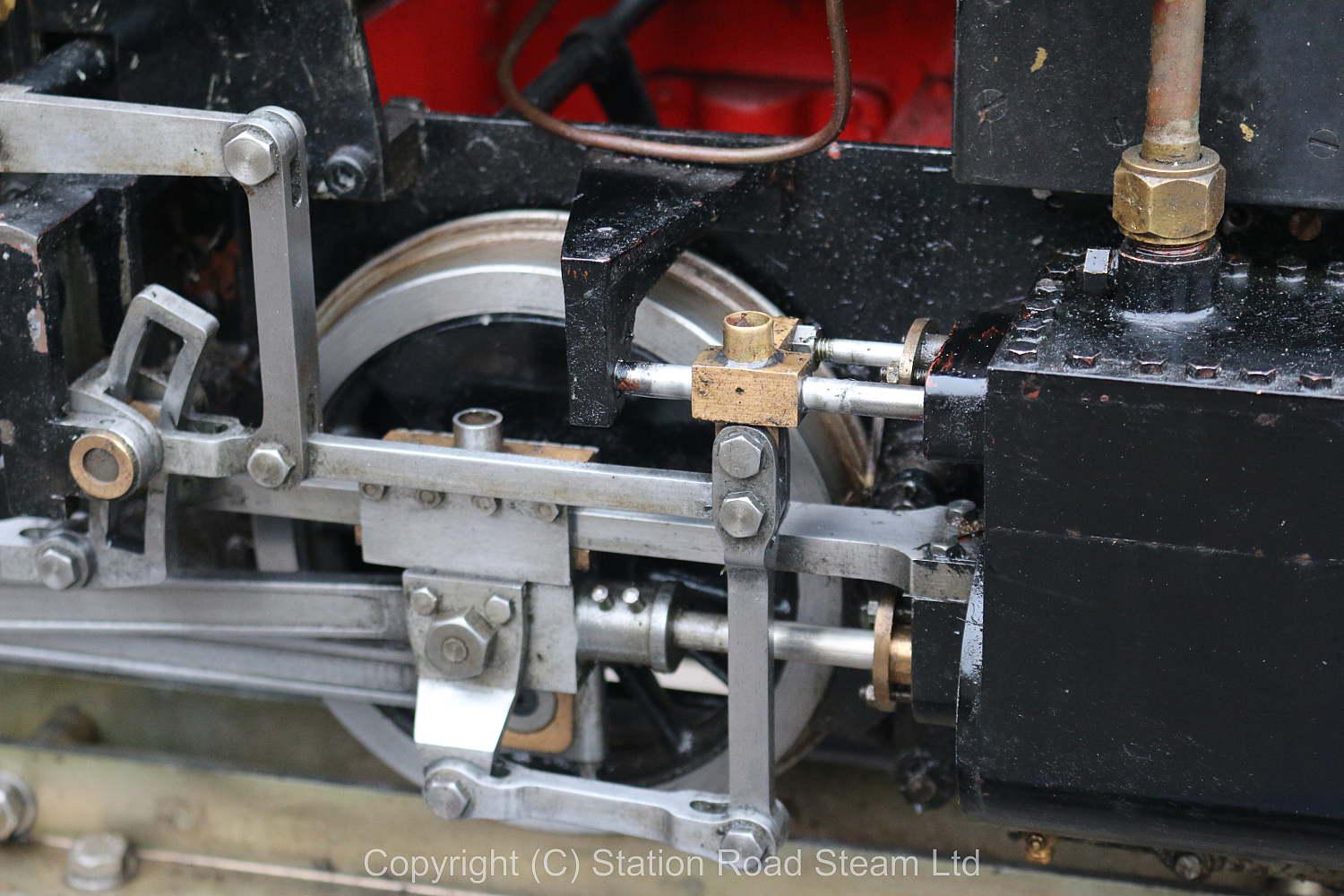 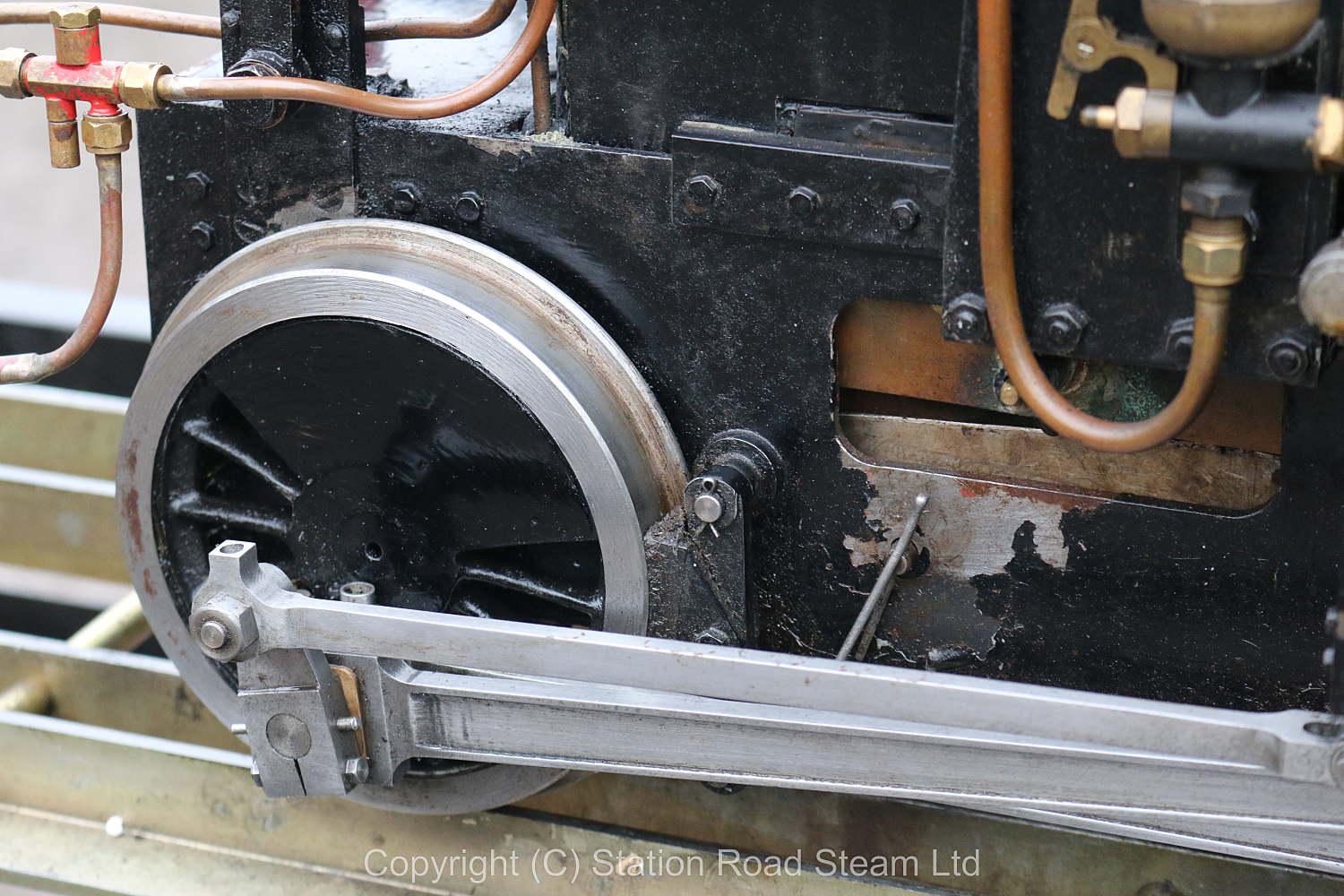 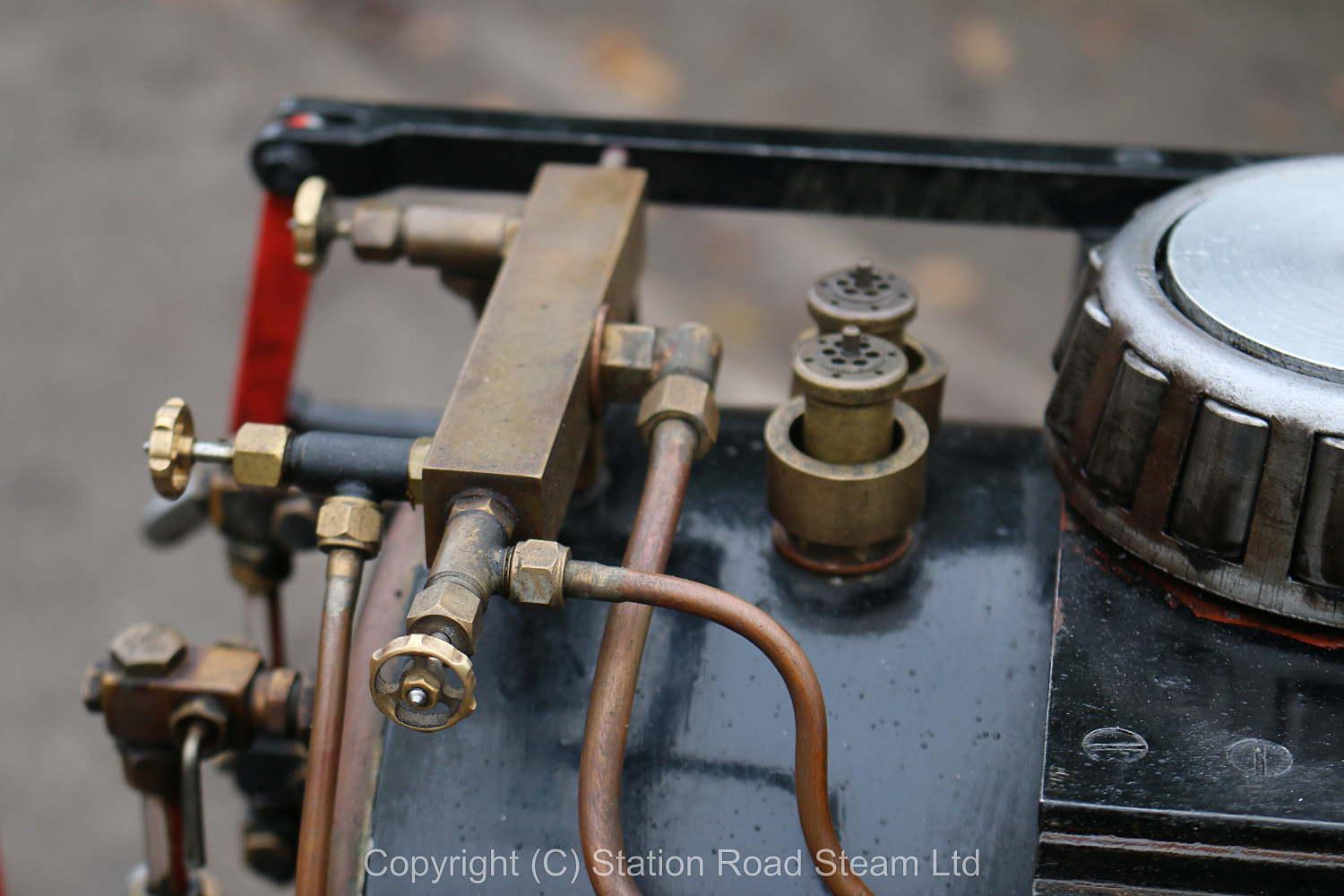 Something different in 7 1/4 inch gauge, a Midland Railway steam motor carriage, built from original drawings and photographs, the locomotive unit being based on Don Young's excellent "Tug" design, ingeniously grafted into the scratch-built coach body. The originals were produced in the early part of the last century under Deeley's time as CME - cost of the first one had been estimated at 2200, reduced to 1800 if they built two.

The scale roof is detachable for driving, it's replaced with an upholstered full length seat with enough room for the driver and a couple of friends. With both locomotive and rear bogie articulated, it's an ideal thing for a garden railway with restricted curves. If you get tired of carrying friends about and want to channel your inner steam punk, I think the locomotive on its own has a certain quirky charm! There's a clip of it running in the workshop here.