Sold August 2005 Back to Archive 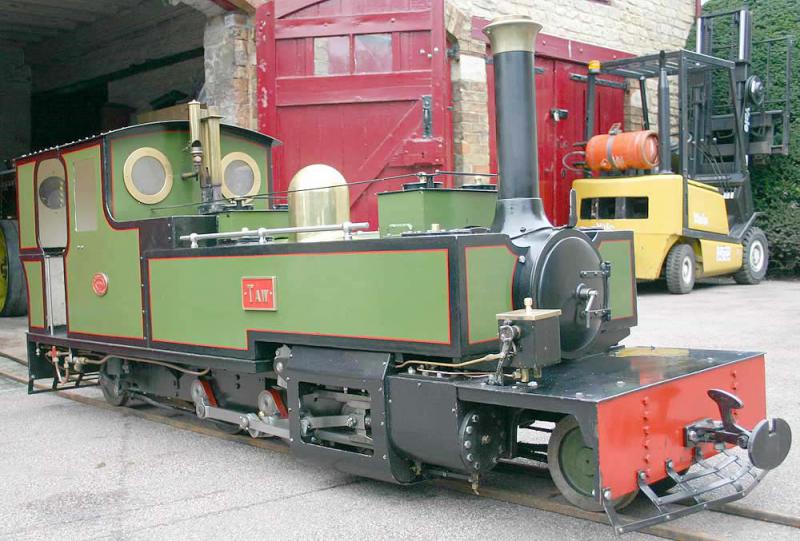 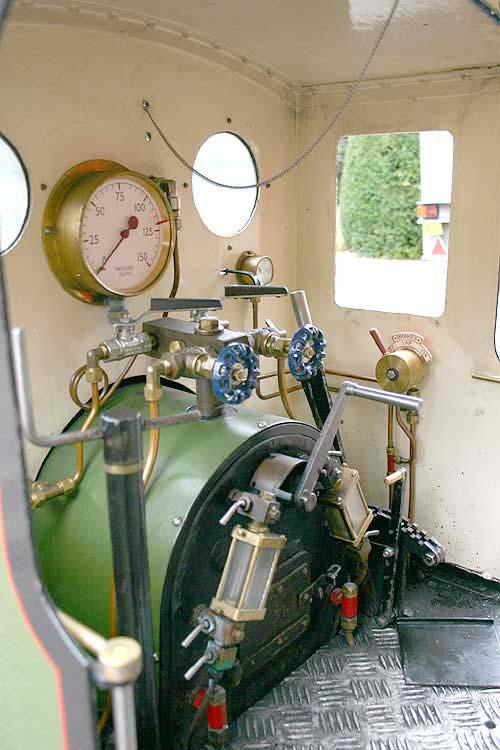 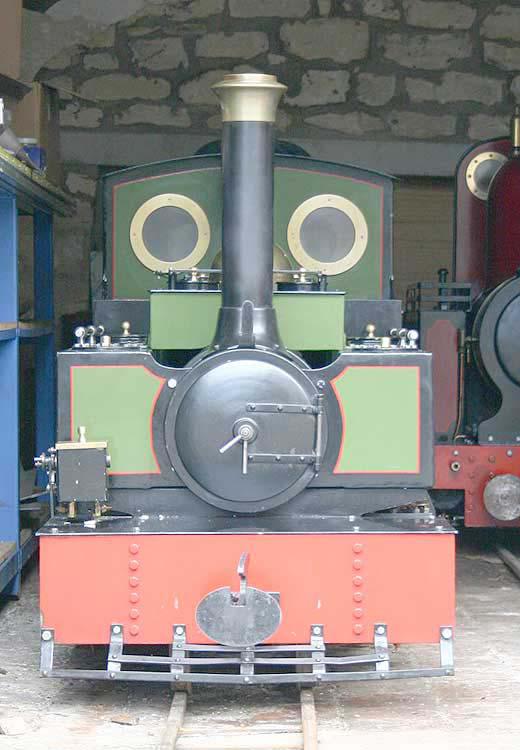 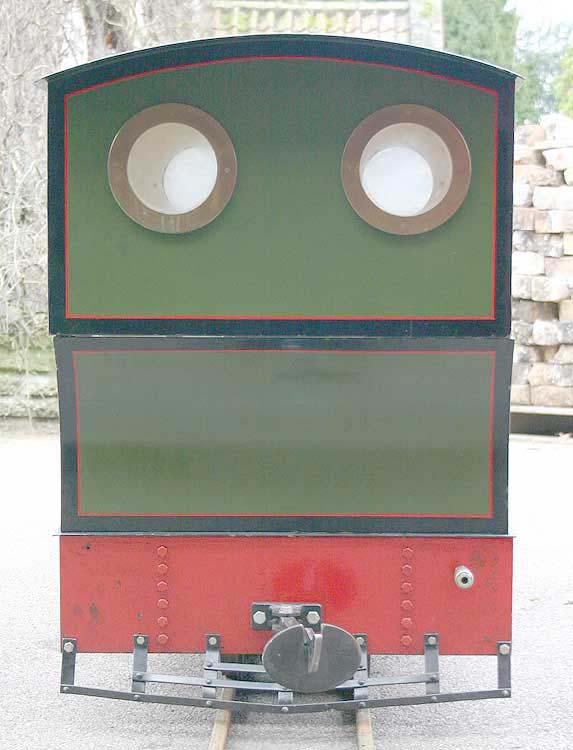 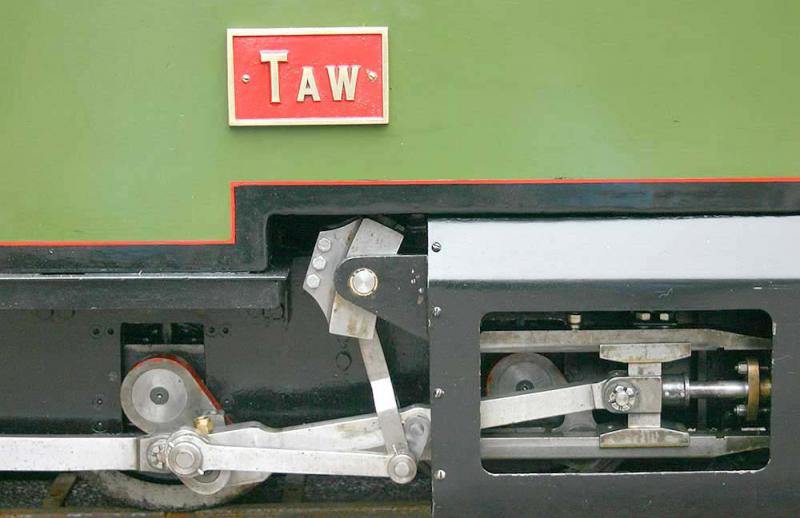 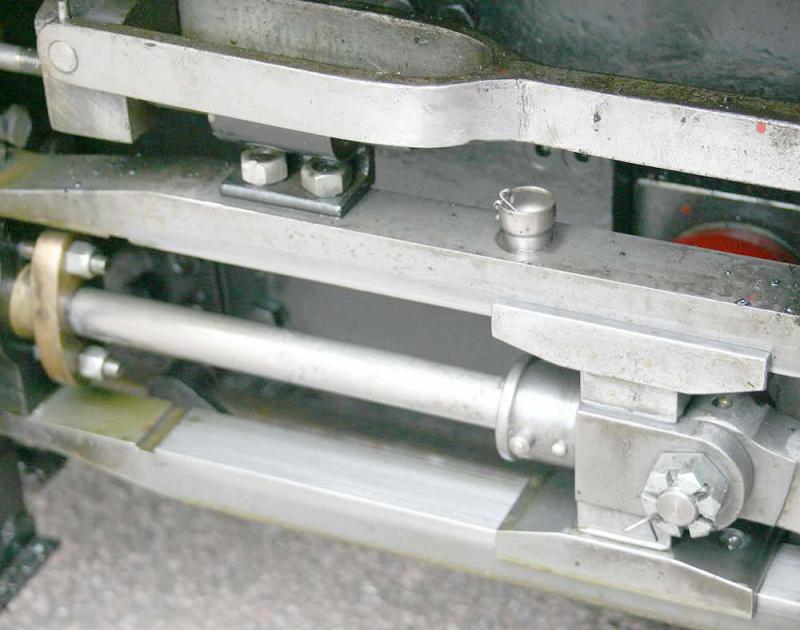 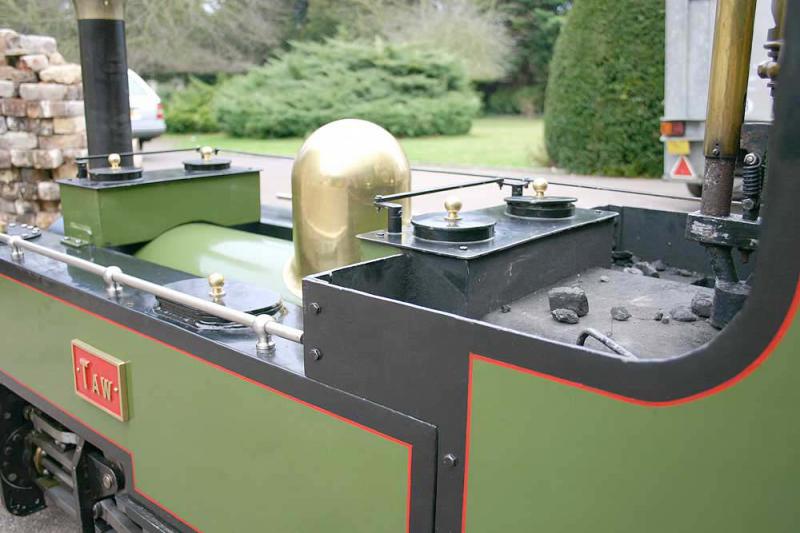 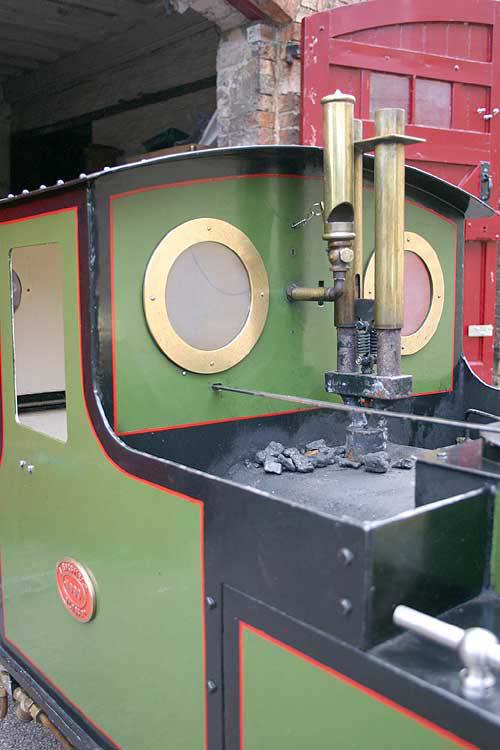 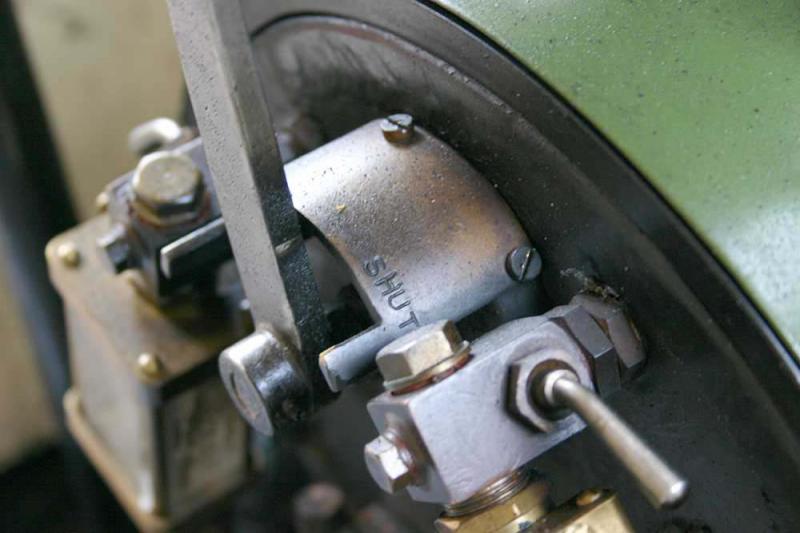 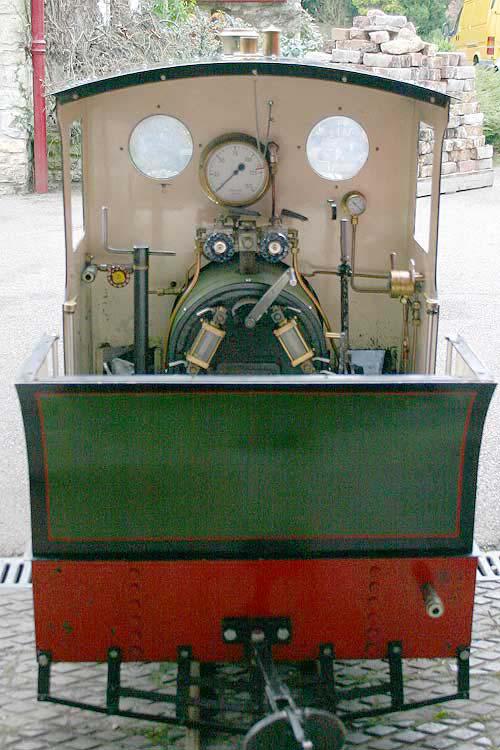 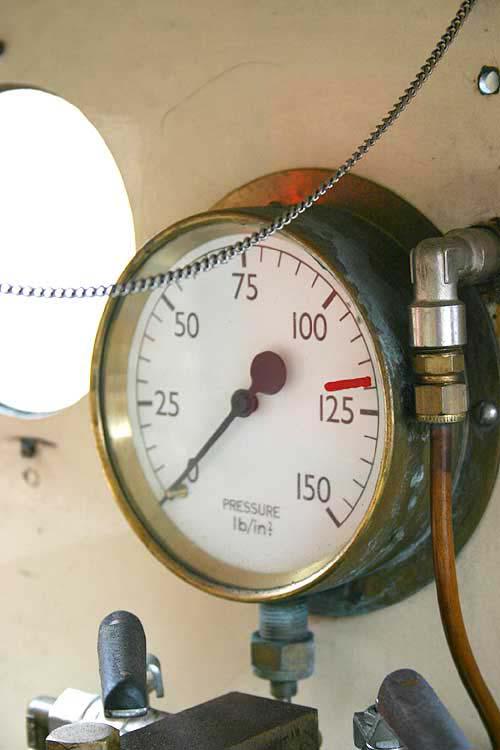 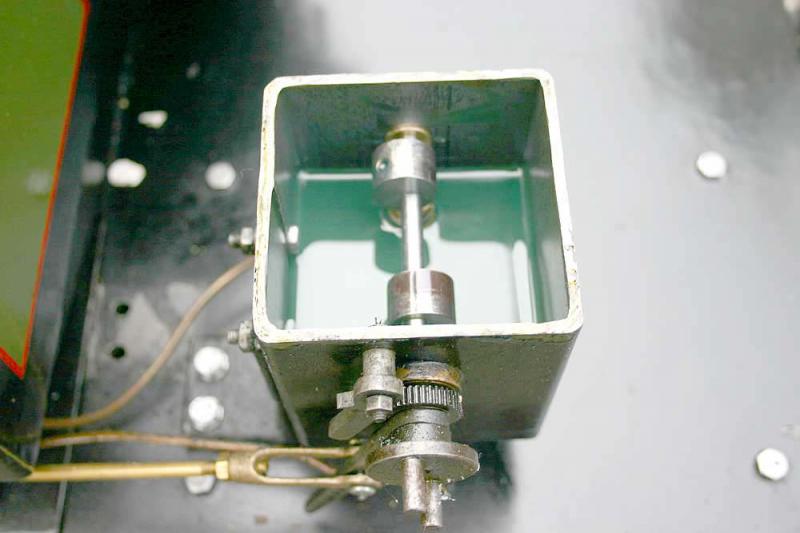 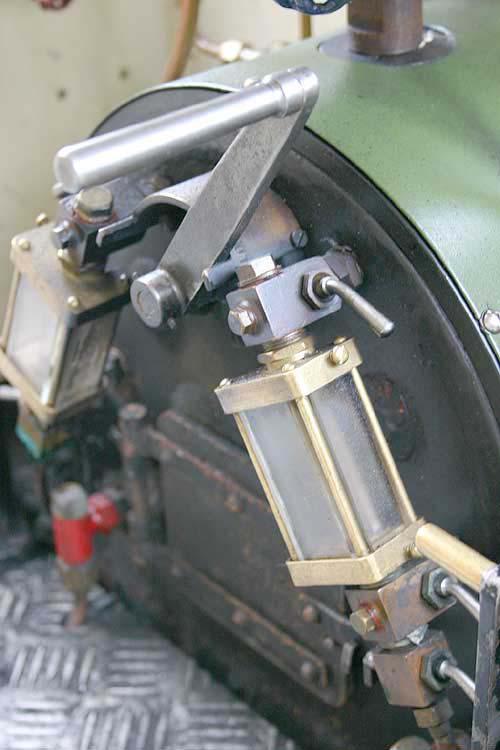 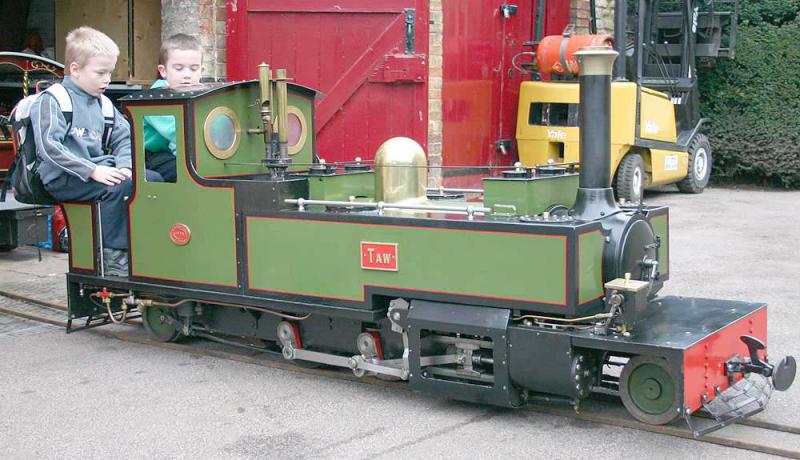 Built by Manning Wardle in 1897 along with sister engines "Yeo" and "Exe" for the Lynton & Barnstaple Railway, running between Barnstaple Town and Lynton. Hopelessly unprofitable pretty much from the start, the railway had a life of only 37 years, finally closing in 1935. The fact that the entire railway was put up for auction, with virtually everything bought and cut up for scrap within a day or two of the sale, has only added to its legendary status in the world of railway preservation, where for years it has been the subject of endless "if only" speculation - indeed if the railway could have survived for another ten years, it would have probably made it to preservation. Rumours over the years of one of the engines ("Lew") escaping the scrapmans torch and languishing in South America have only added to the interest (although nobody's managed to find it yet!).

Perhaps the most tantalising "what if" was the presence of Captain Howey (of Romney, Hythe and Dymchurch Railway fame) at the auction. Probably the only man there able to write a cheque for the lot, he dismissed the engines as old-fashioned, ugly little things with tall chimneys. Ah well, if you'd spent your life building third size A3 Pacifics to race up and down the beach, I guess you wouldn't get that excited by rather quaint little tank engines...

Built to the Milner Engineering design in four inch scale for 7 1/4 inch gauge track, this is a large engine built to a commercial specification. Privately built in 1999, the engine has spent the last two years at the Oldown Miniature Railway where it had occasional use.

Steel boiler with expanded in tubes, fusible plug in firebox. Twin Salter type safety valves, working pressure 120psi, water feed by twin injectors. Cast iron cylinders with slide valves actuated by Joy valve gear as per the prototype, where a combination of small wheels and the resulting low-slung cylinders precluded the use of Walschaert's gear. Pole reverser in cab. Twin ram mechanical lubricator mounted on the front running board.

The backhead has a very clean layout of standard industrial valves, full-size pressure gauge and twin 3-cock water gauges with protectors. There is a screw-down locomotive brake, it is fitted with a vacuum brake ejector and control valve. Vacuum is piped from the back of the cab on a standard snap-fit connector, there is a similar connector in the cab allowing a compressed air supply to be fed to the engine's blower for firing from cold.

The engine is well built and in good condition throughout. The flanges have been removed from the centre driving wheels, allowing the engine to negotiate 50 foot radius curves, the remaining wheels have EN8 steel tyres. For driving, the back of the cab unbolts and a seat can be mounted on the rear of the cab, with the drivers feet on the footplate. Although ideally suited for commercial use, in private use it would, undoubtedly, last longer than the L&B ever did. If only I could squeeze a fifty foot radius round the garden...