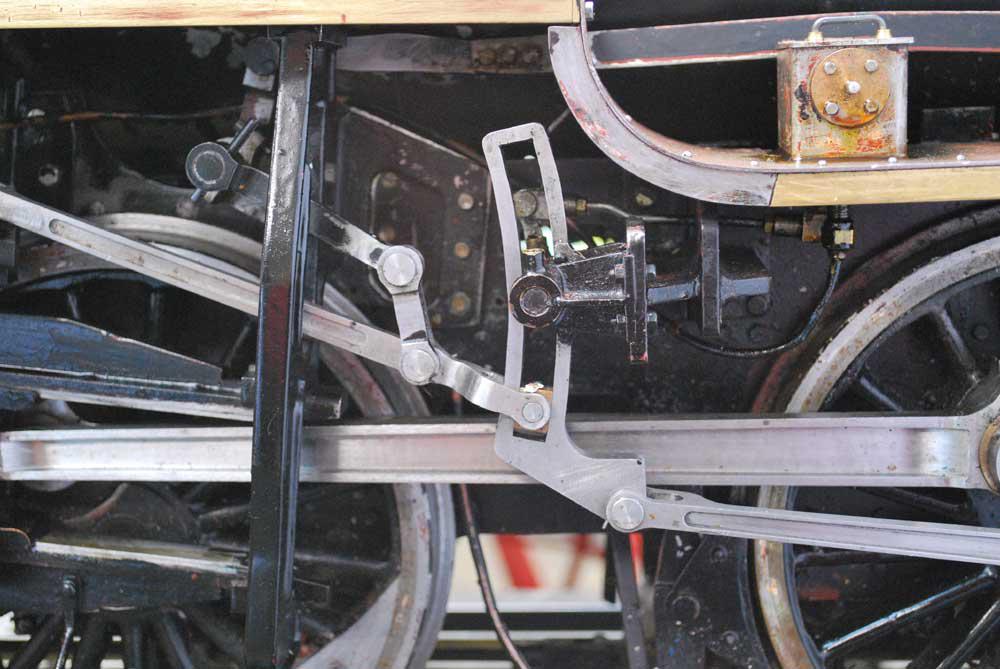 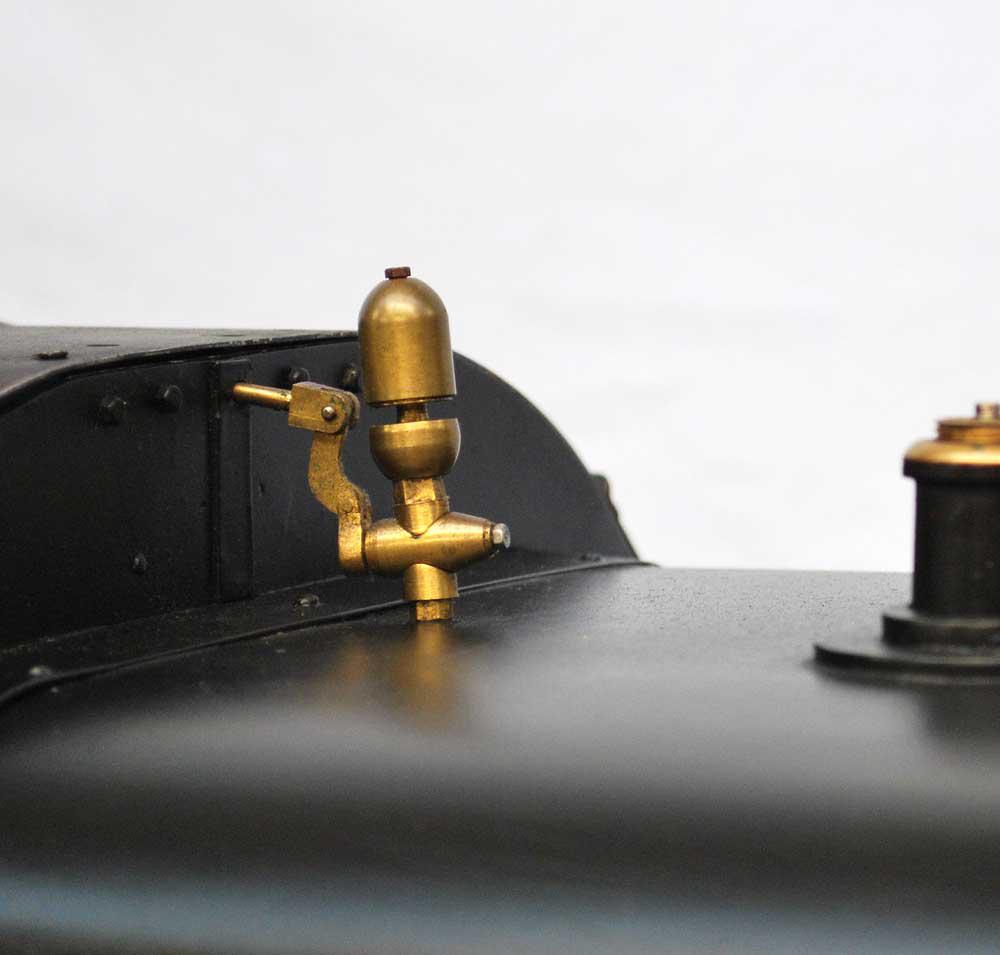 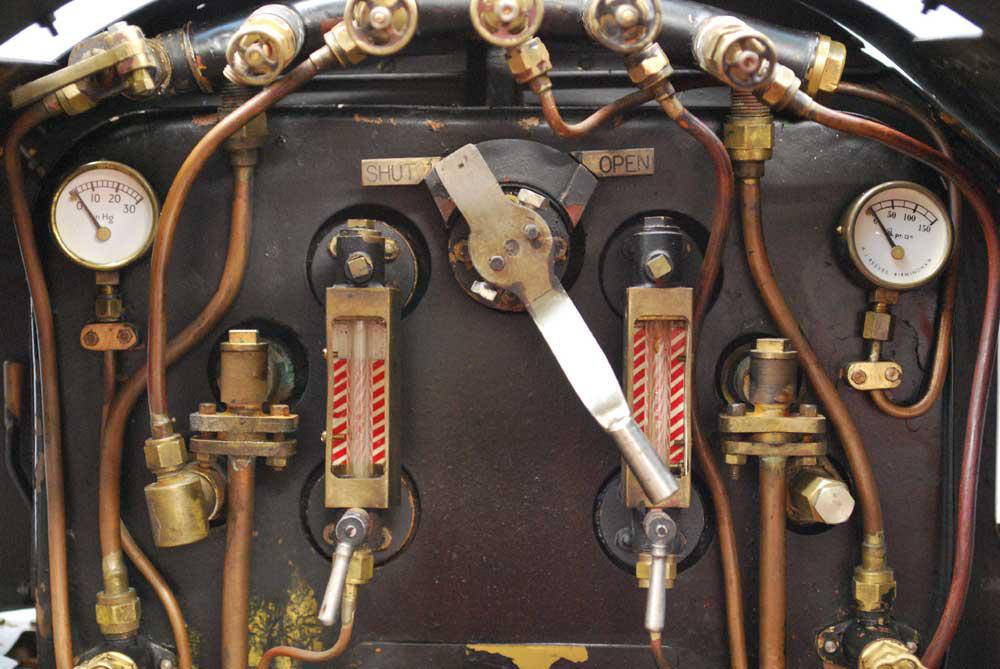 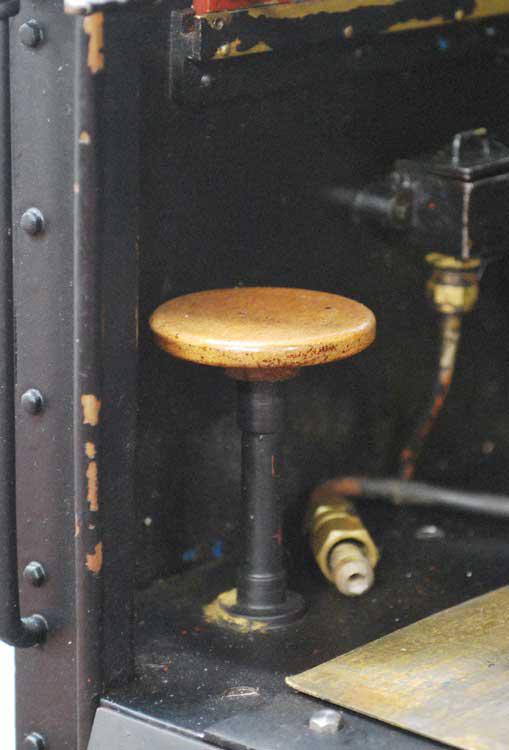 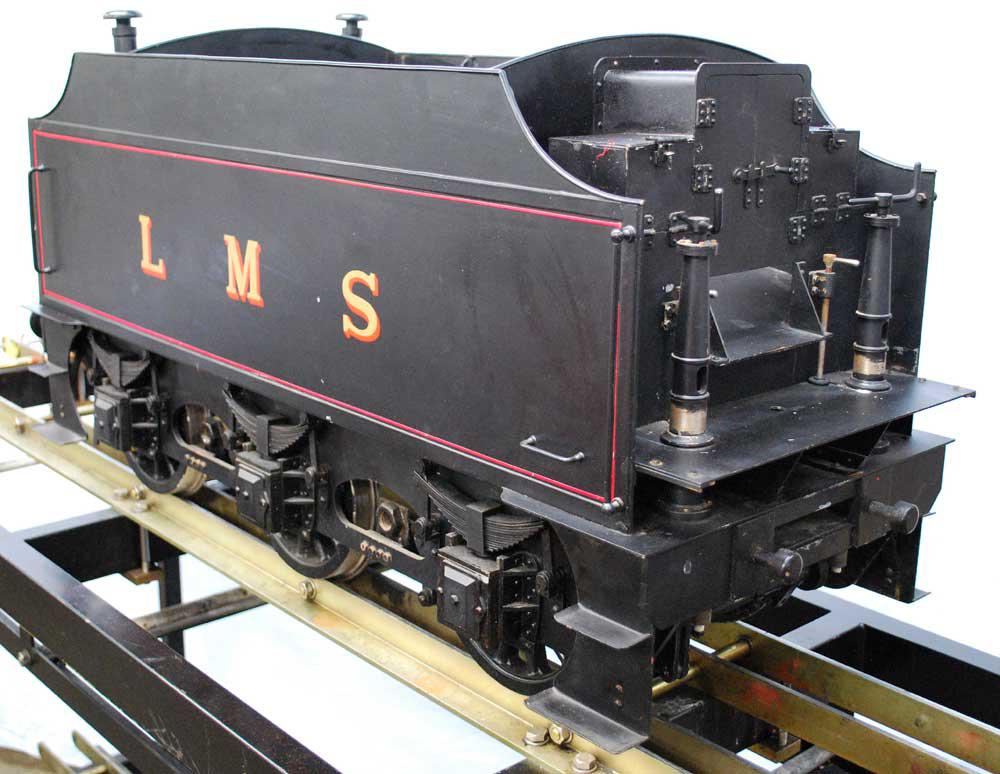 Built late in life by a capable engineer who had started in model engineering with Don Young's "County Carlow" (gaining a Very Highly Commended at exhibition), moving on through "Bridget" and "Koppel" from Ken Swan's stable before coming back to Don Young's Horwich "Crab" in 5 inch gauge.

Late in retirement he decided, as an exercise, to produce a set of 7 1/4 inch gauge "Crab" drawings working from a pair of general arrangement drawings - one for the locomotive, the other for the tender - obtained from the National Railway Museum. Over a twelve month period he worked away, producing a complete set of beautifully produced drawings in pencil on A1 sheets. Ineveitably, what had begun as a "pen and paper" project developed, some patterns were made, a local laser-cutting firm produced some frames and he set to once more in the shed...

What had seemed like a good idea at the outset quickly became a larger project than ever anticipated, both in terms of work required and size of end product. When finished it left the workshop once for a boiler test at the local club, before coming back home where it was run on air occasionally on a rolling road built for the purpose. At some stage (and I suspect not long after its first steaming, when the builder rapidly found that unprimed Zintec cladding and paint don't mix) he decided to repaint the engine red, part dismantling it before setting to wire-brushing old paint from the wheels. At which point the project stalled (and to be honest, if I was in my eighties and trying to wrestle a four hundredweight engine around my garage single-handed, I'd call it a day too).

What you see in the pictures is the engine in its current state. It's been completely together once, over half term Sam put enough of it back together so we could run it on air in the workshop. Much of the work is nicely done, there are some rough edges. Cab is well detailed and neatly plumbed. Copper boiler looks well made, fitted with four element radiant superheaters and was hydraulic tested when new to 200psi, since when it has been steamed rarely - that said, although still structurally good when we hydraulic tested it recently, there are at least a couple of outside throatplate stayheads which show wet under pressure and will need calking. Wheels are steel tyred.

A rare model in this gauge (even in 5 inch gauge the Don Young ones don't turn up that often), this would be a worthwhile project which would produce a powerful, unusual engine. It's complete with patterns and a set of those original, hand drawn plans, along with the general arrangement drawings that started the whole project off.