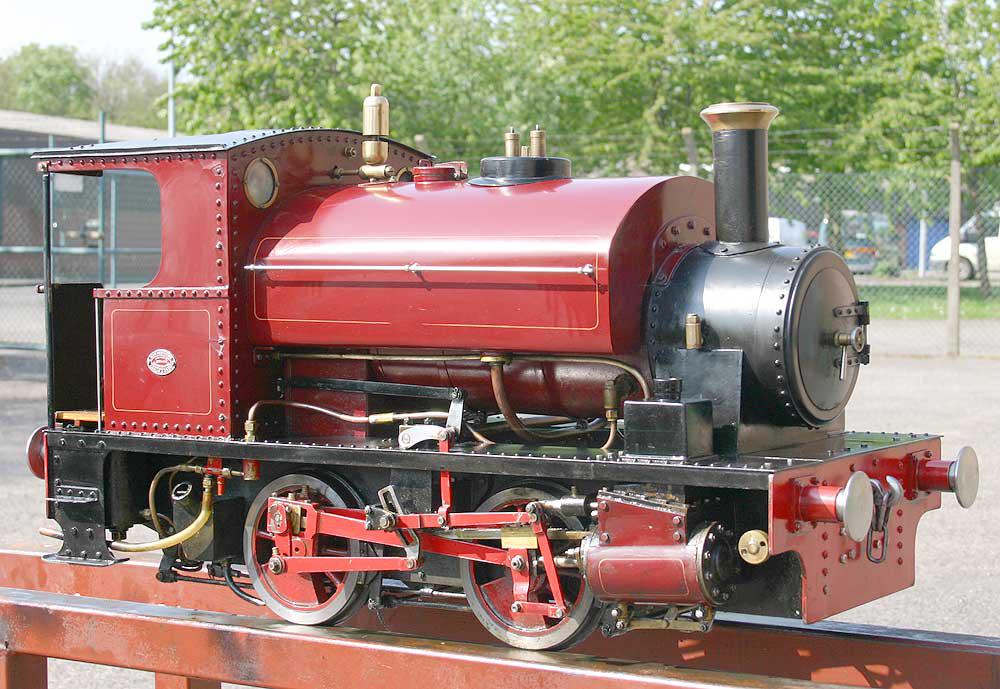 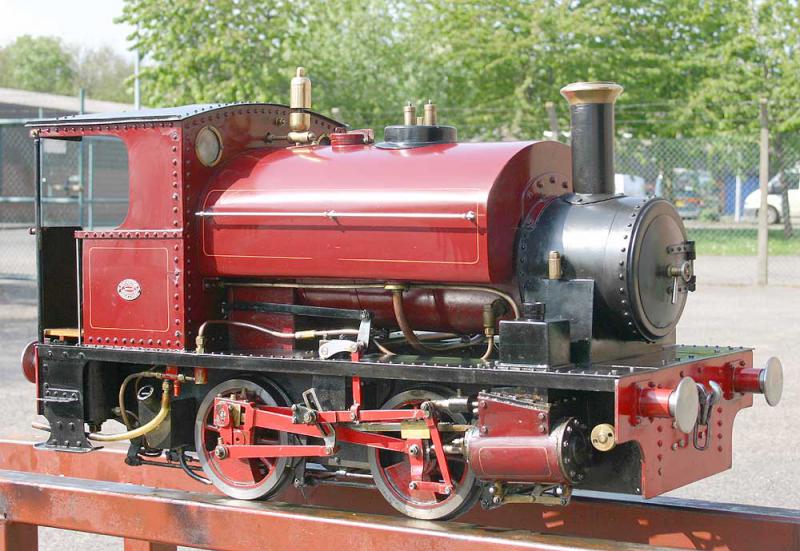 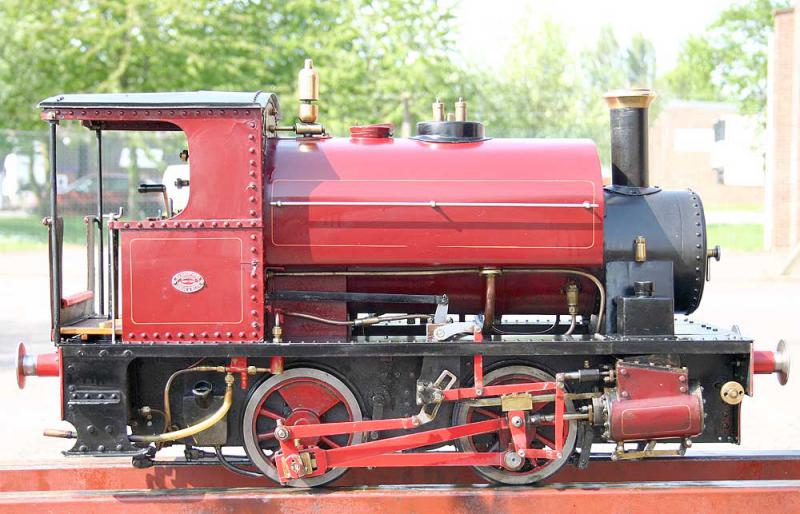 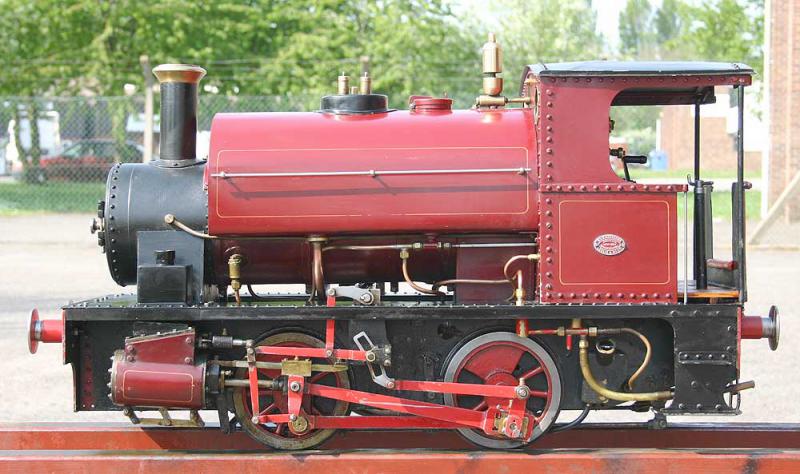 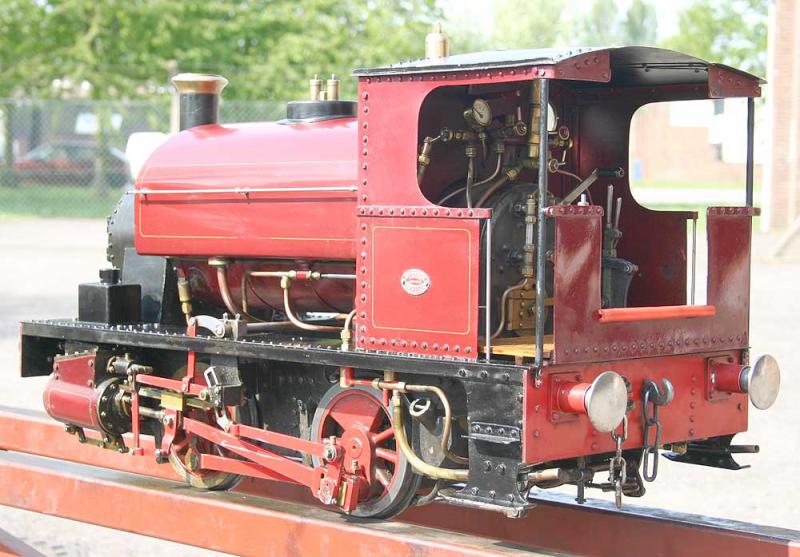 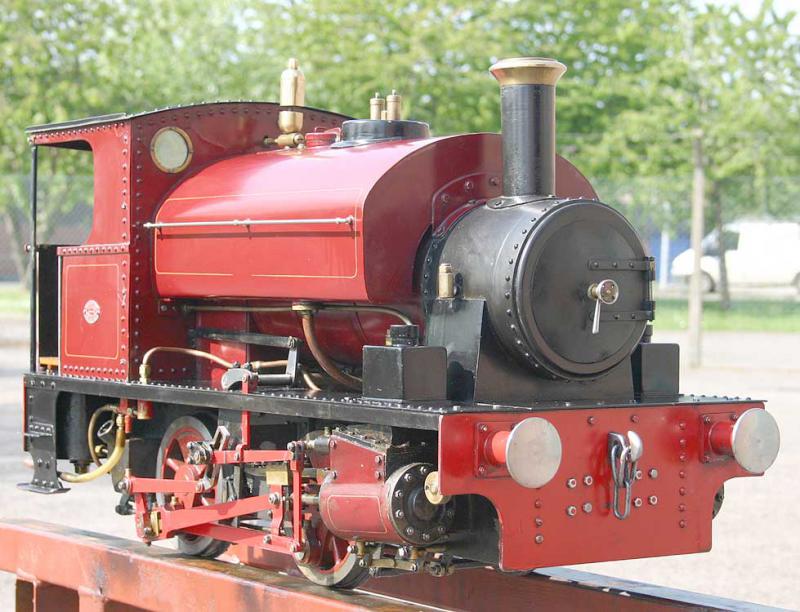 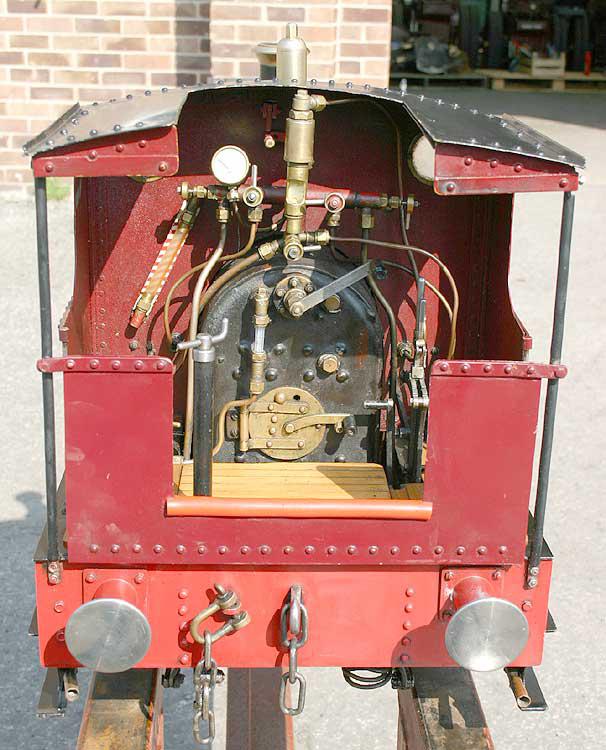 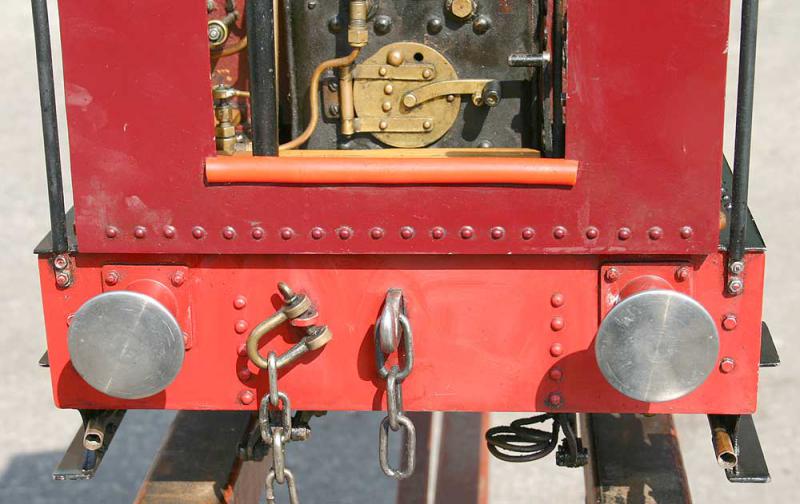 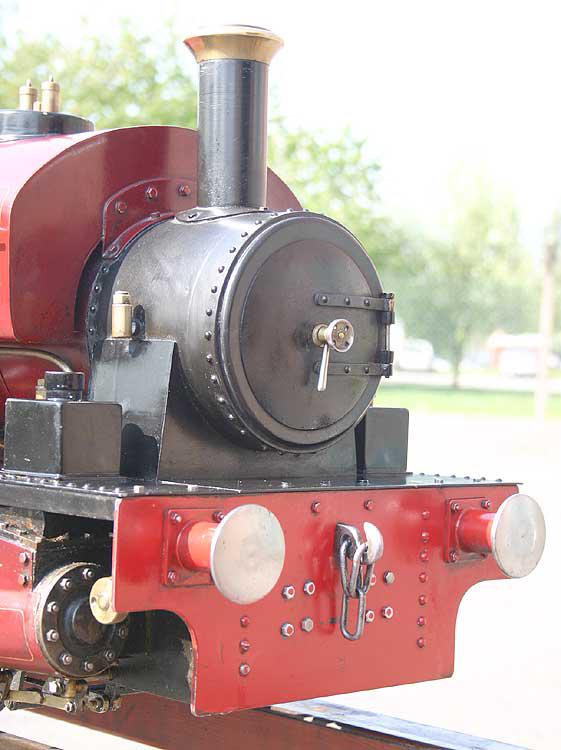 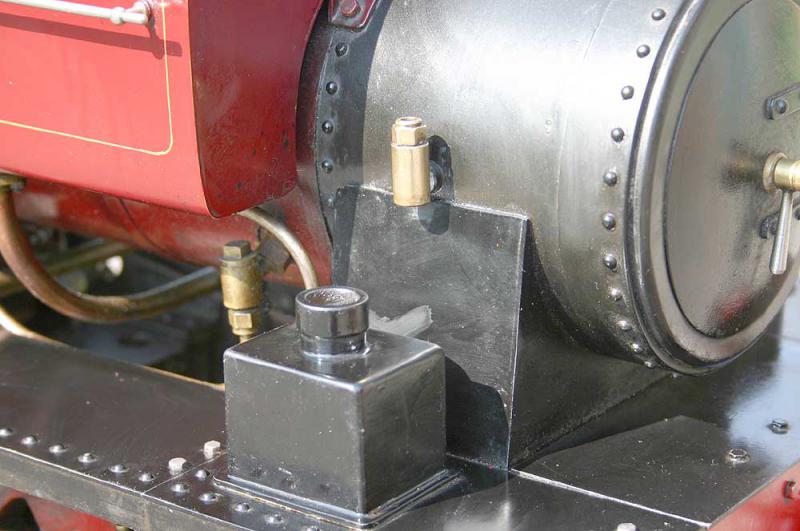 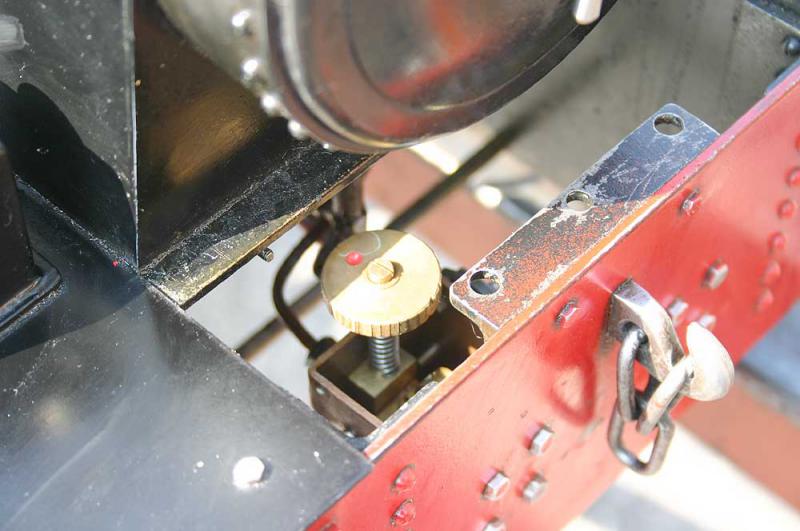 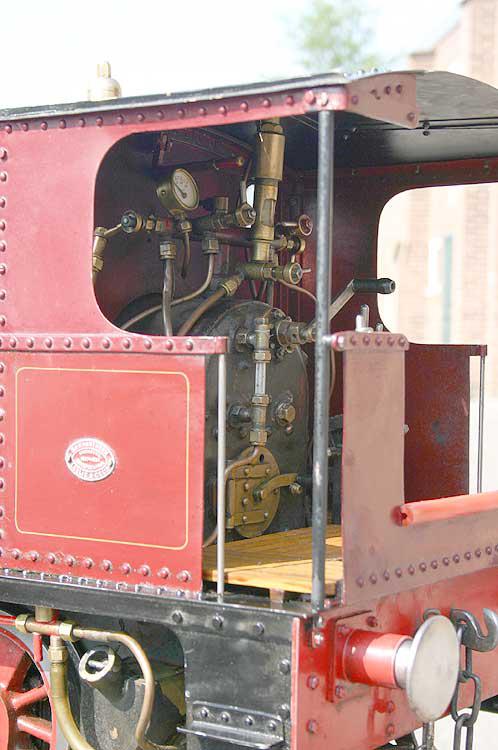 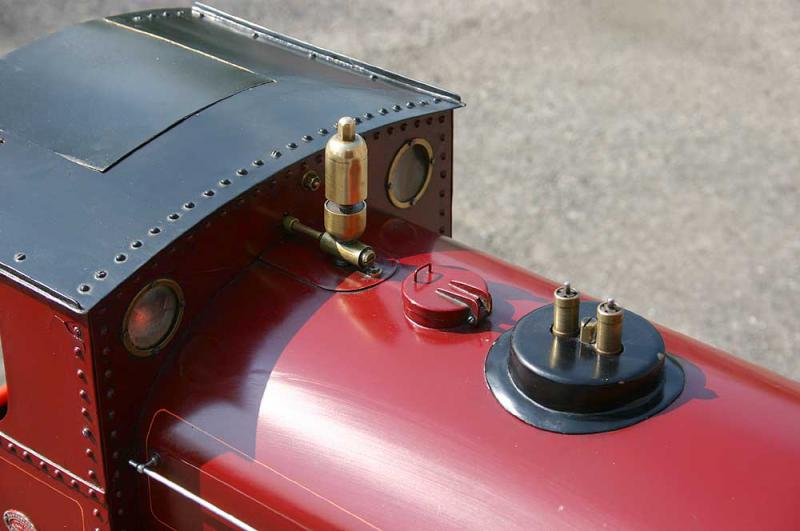 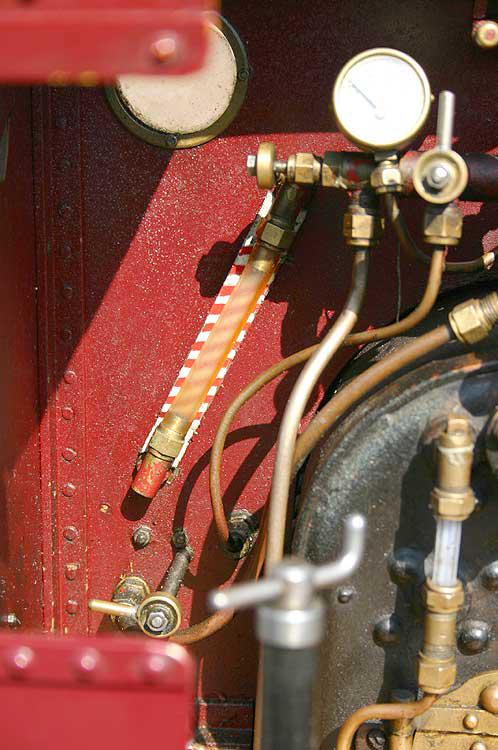 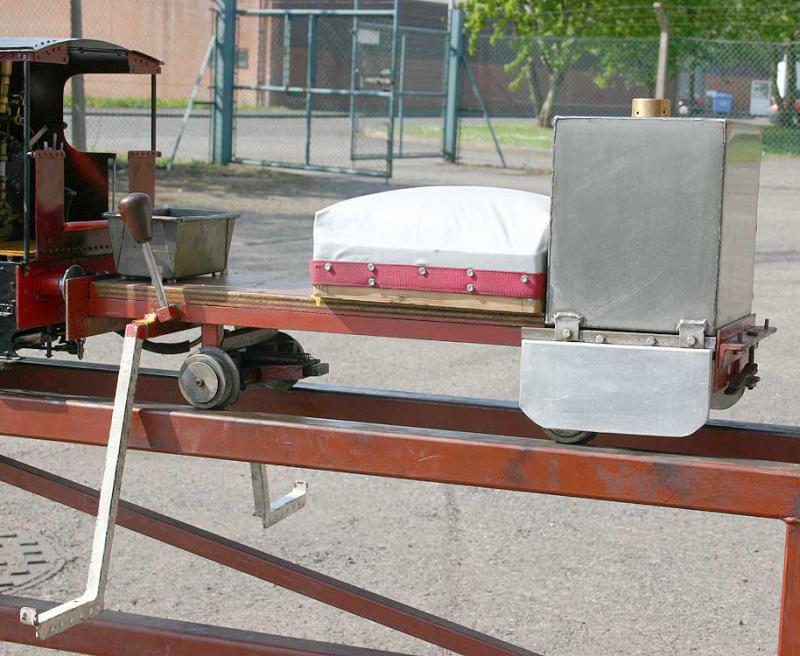 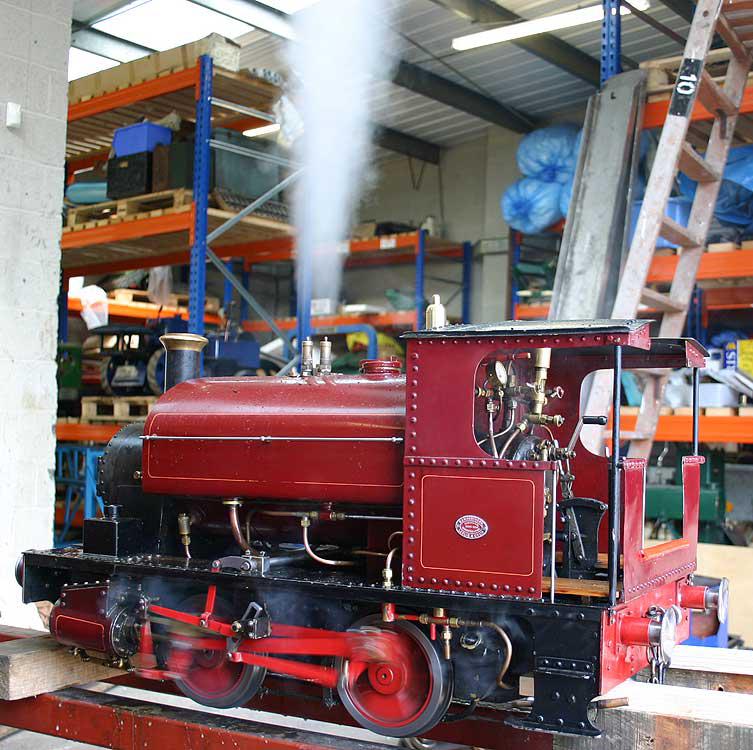 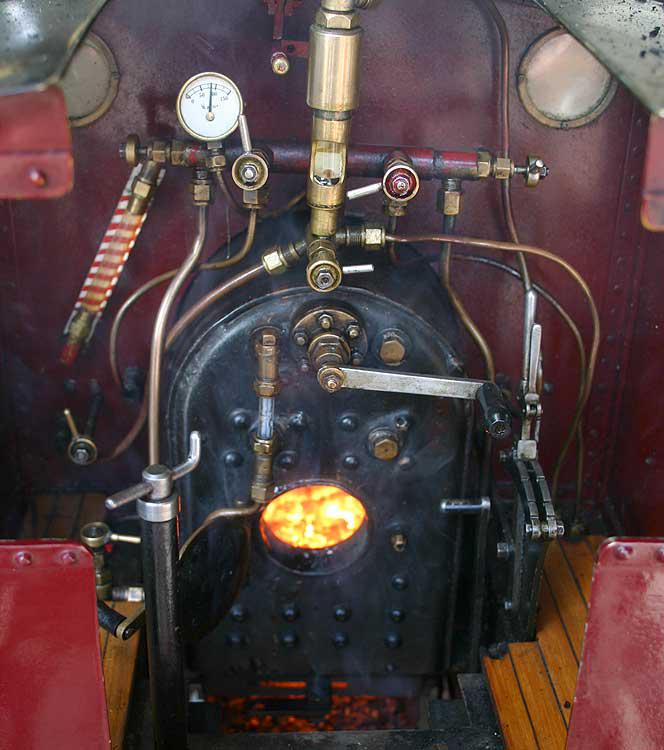 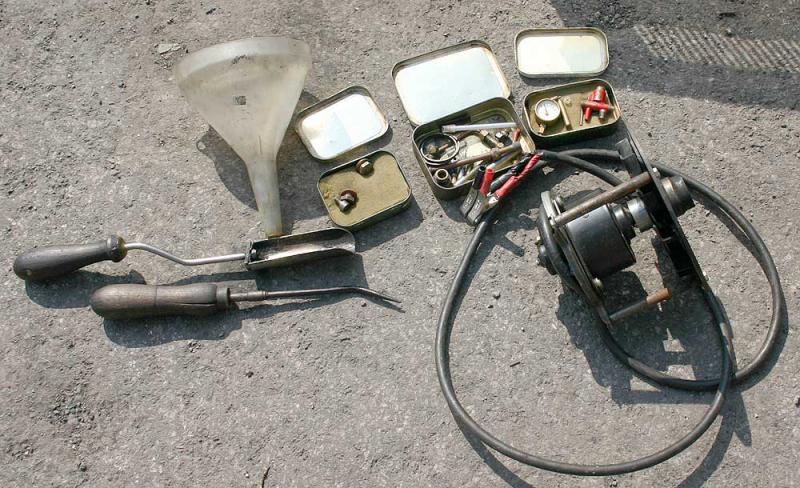 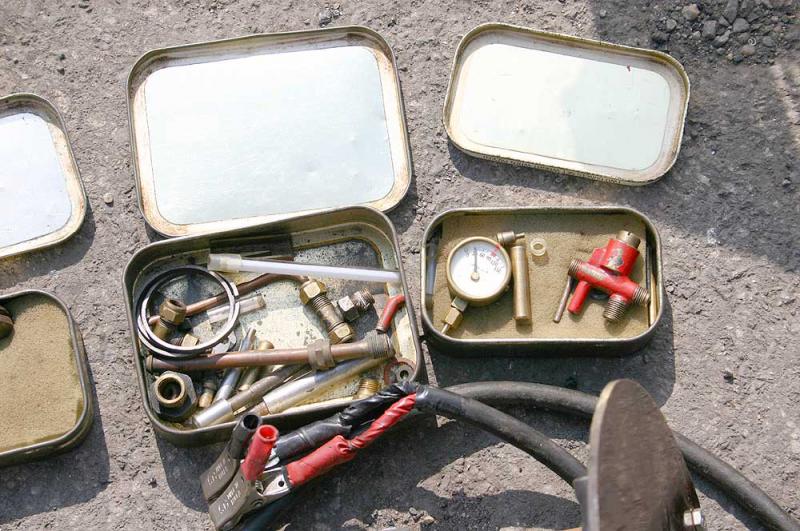 I've said it before, but I'll say it again. I like Ken Swan's designs.

He puts lots of little features in his engines which make them so much easier to live with and look after, I'm at a complete loss why everybody doesn't simply copy them. 95% of the engines I work on have fiddly little dump pins for the grate which burn your fingers getting them out and tax your patience putting them back - on his designs, Mr Swan puts a very civilised little catch on the footplate which unlatches the back of a hinged grate which falls down, dutifully deposits its contents in the ashpan, and with deft use of the pricker can be put back up and locked in place all within the space of half a minute.

A huge number of locomotives have scant provision for any lubrication of the axleboxes - it usually amounts to a tiny little hole drilled in the top, which is difficult to get to on a tender engine and next to impossible on a tank engine. Our man thoughtfully shows a large trough machined into the top of the axleboxes and sufficient clearance around the axlebox to make getting the spout of an oilcan in from the outside easy.

So I'm at a loss really. It's a bit like Mr Hughes' peerless design for the ashpan on the Allchin, where a single lever allows the ashpan to hinge down with the grate attached to it - the whole lot then obediently disappears back up into the firebox at the push of a finger. Wonderful.

Anyway, enough of all that stuff.

This is a "Jessie", smaller sister to Ken Swan's super "Bridget" design, devoid of the rear wheels ("Bridget" being an 0-4-2 - there's a couple in the archive if you can't remember what one looks like) which allows it to negotiate curves down to eight foot radius - you could run a complete layout including sidings around your bathroom if necessary.

Silver soldered copper boiler, feed by injector and axle pump. Twin safety valves. Cast iron cylinders with variable output mechanical lubricator behind front buffer beam, a priming knob has been cunningly extended through the frames and comes out in front of the right hand cylinder. Just in case, there's also a displacement lubricator beneath the cab floor with sight feeder in the cab. Slide valves actuated by Walschaert's valve gear wth pole reverser in cab.

There is a driving truck with the engine incorporating a stainless steel water tank for the injector - the mechanical pump picks up from the saddle tank. One of the truck's wheel bearings requires some attention, however it's otherwise in good order and includes a set of footrests for running on raised level track.

The paintwork has been touched up here and there, although overall is presentable. The engine runs very well, dead square exhausts and makes steam like it's going out of fashion. It comes complete with a blower, set of firing irons, funnel and some spare bits and pieces - everything you could need for a the coming season.