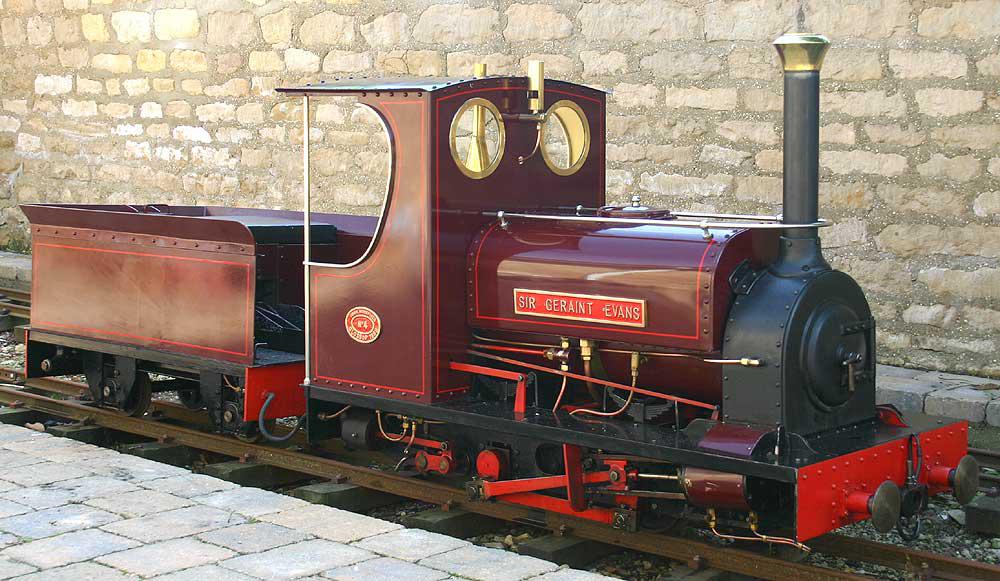 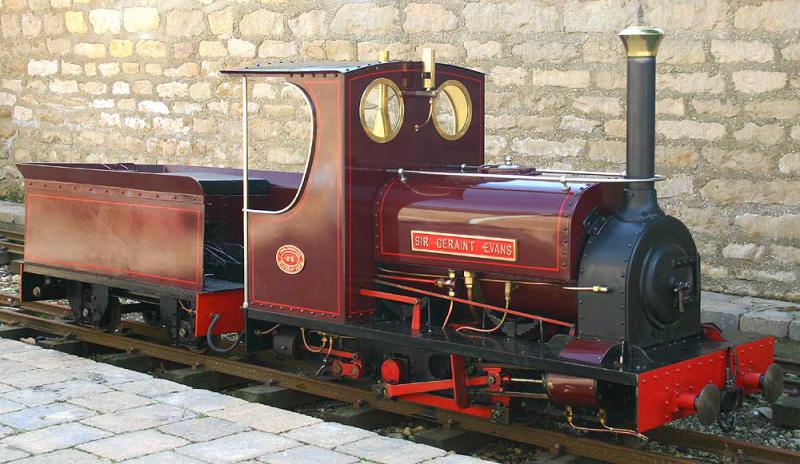 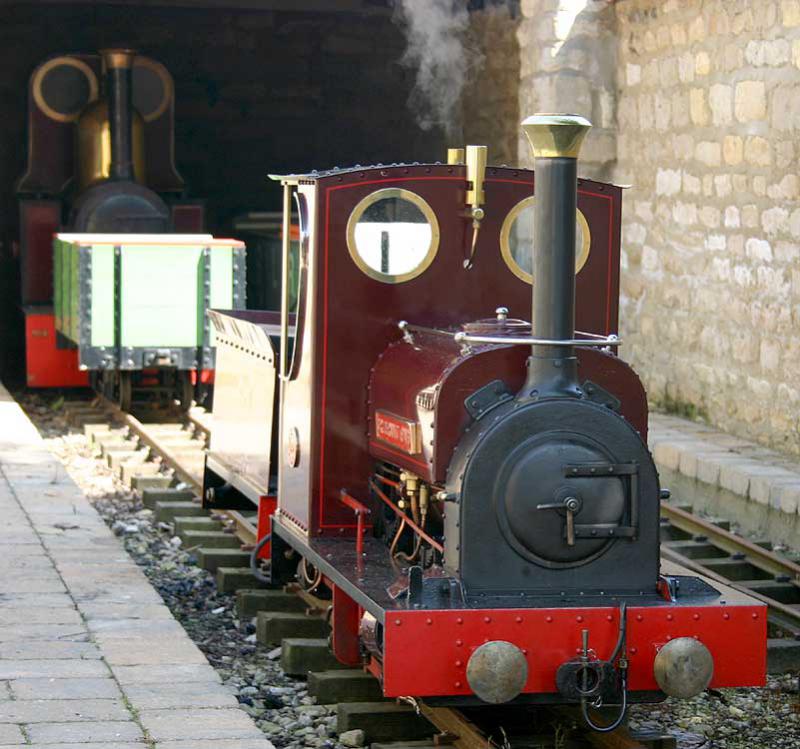 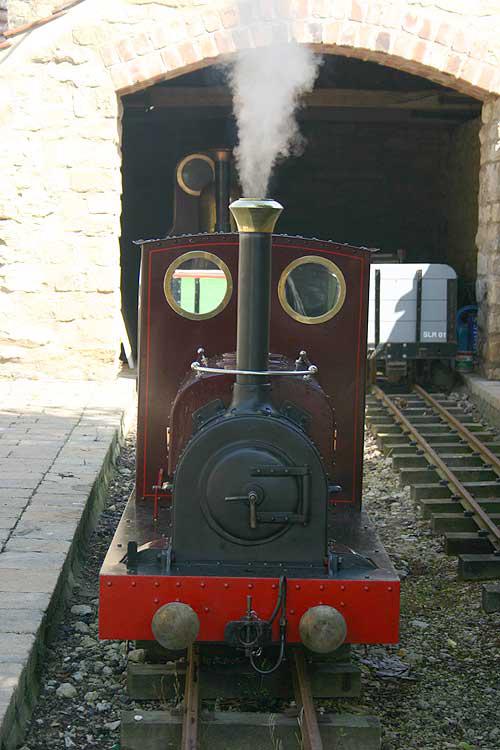 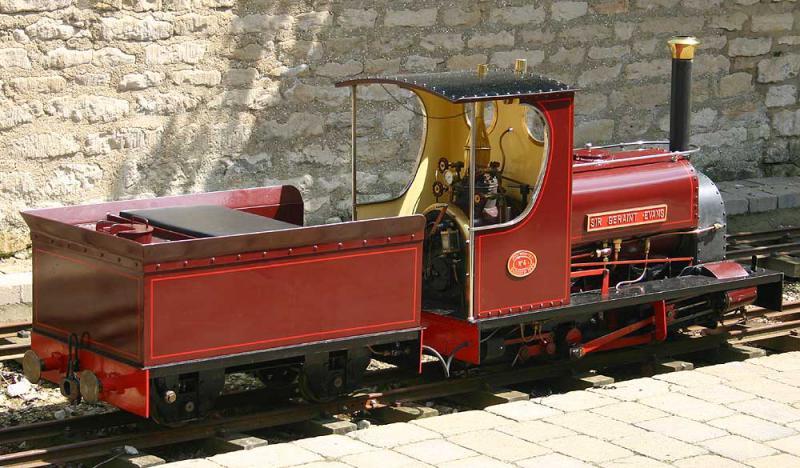 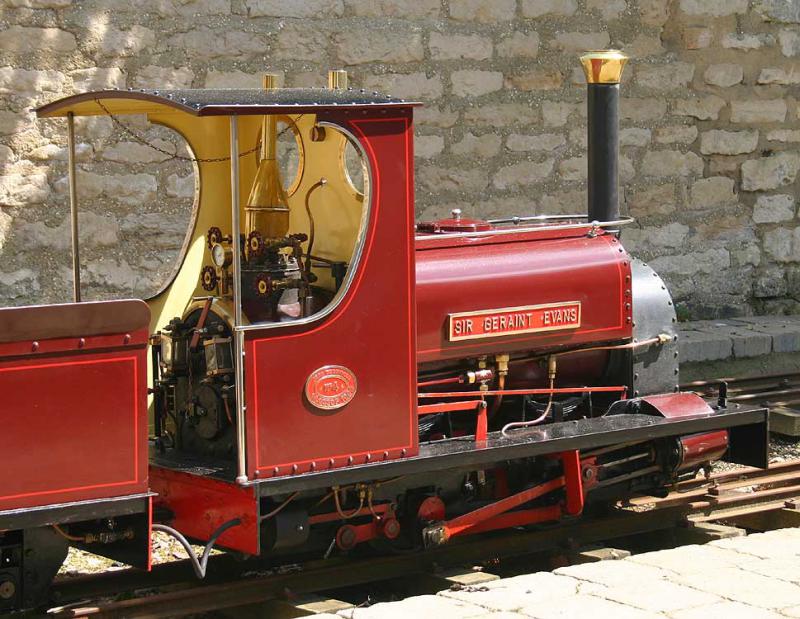 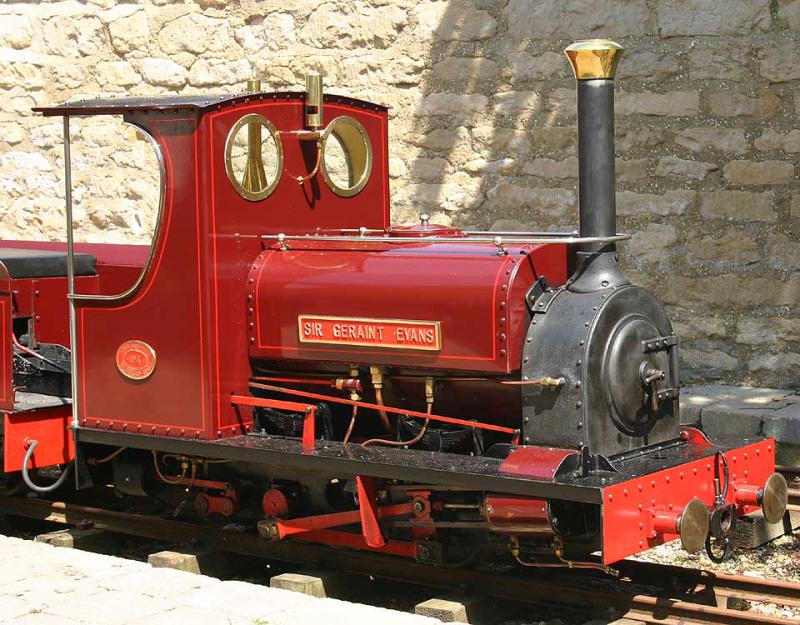 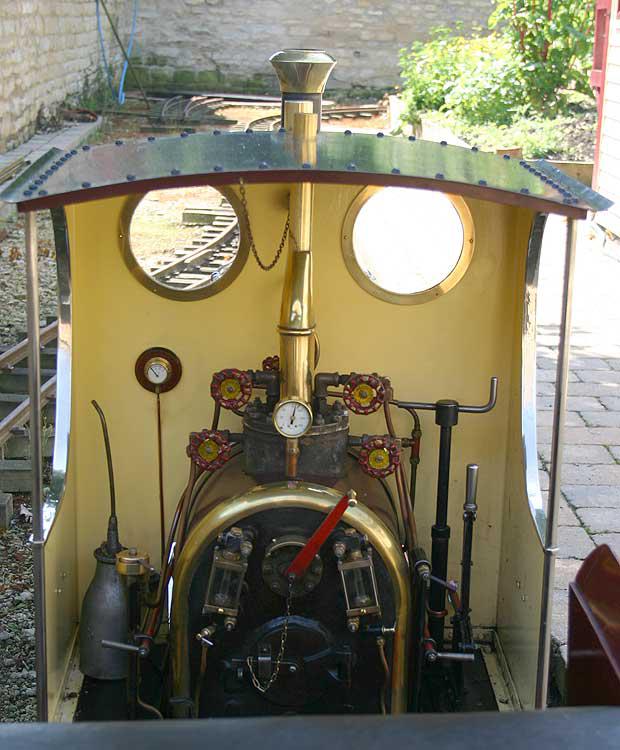 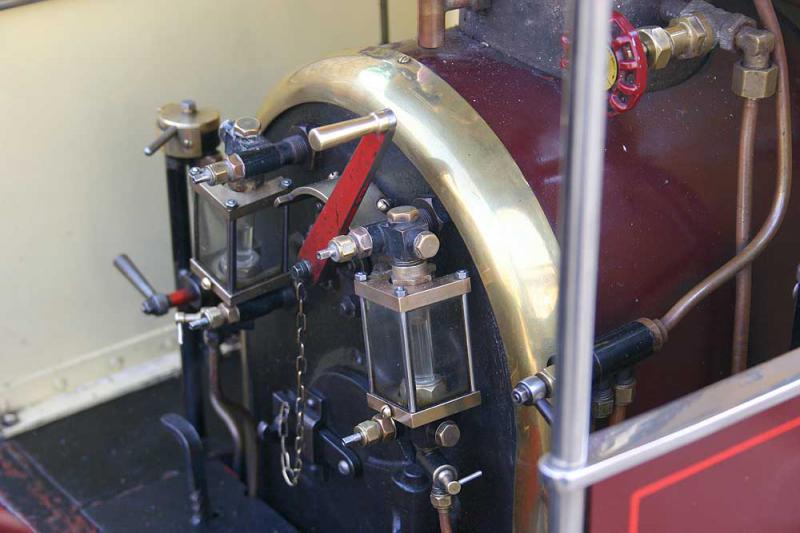 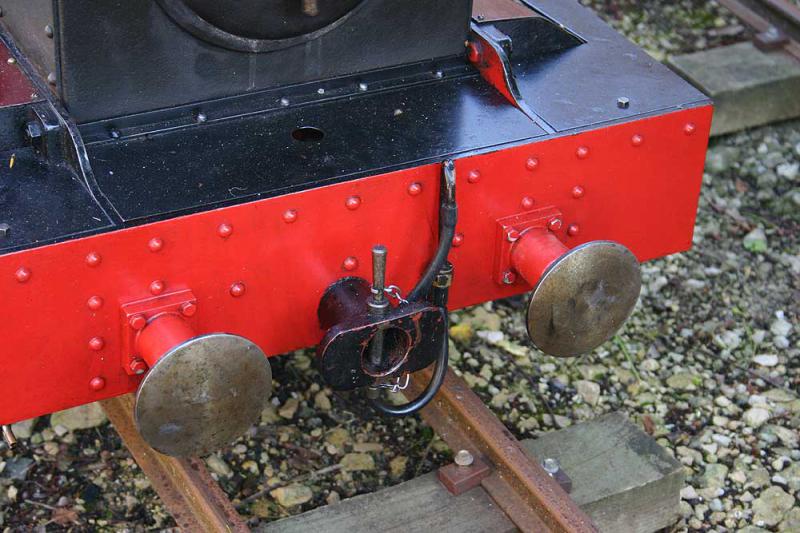 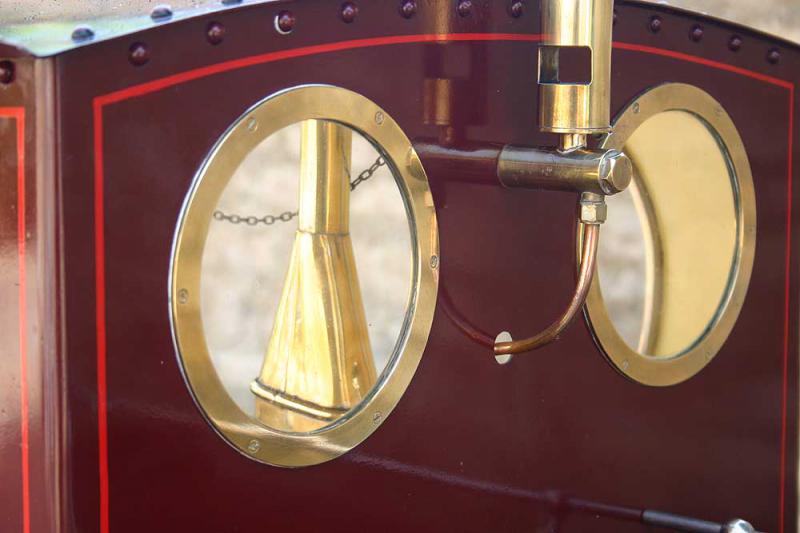 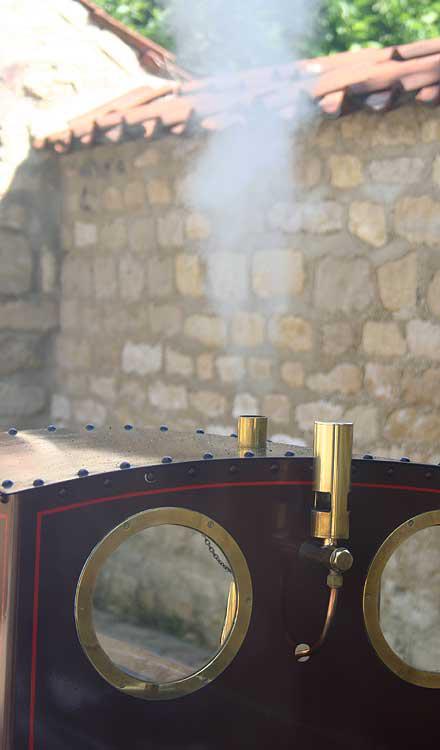 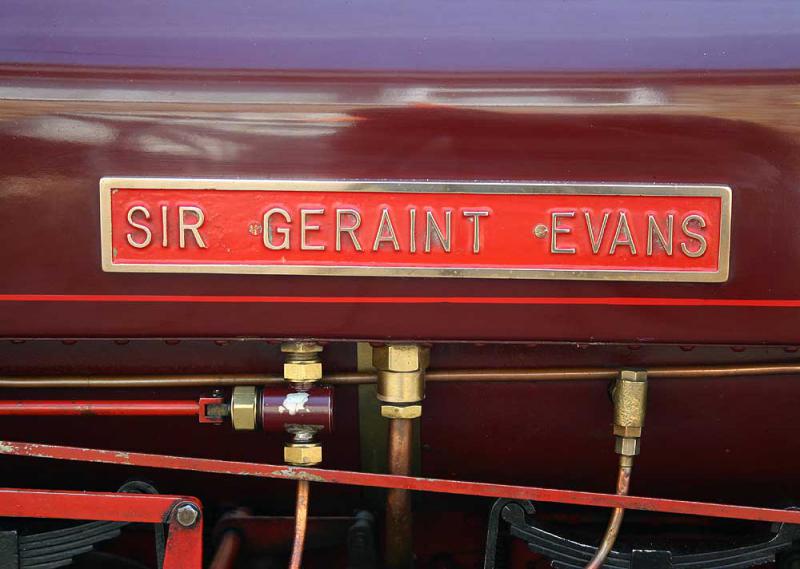 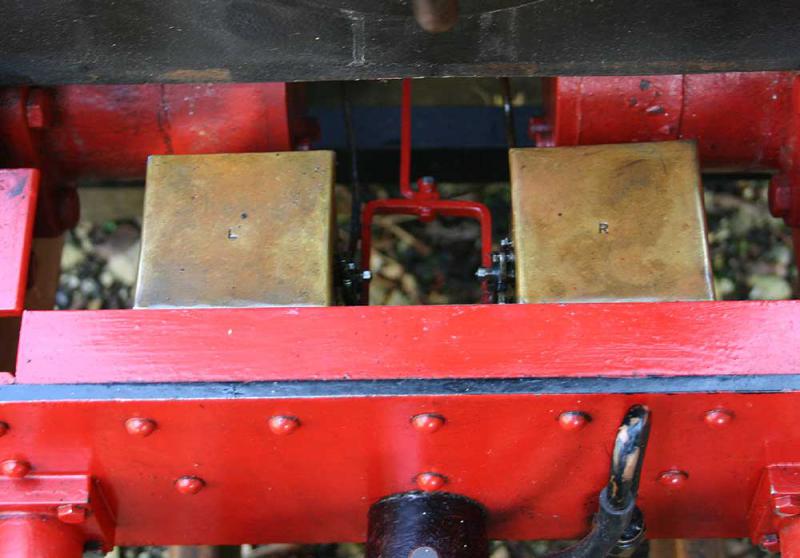 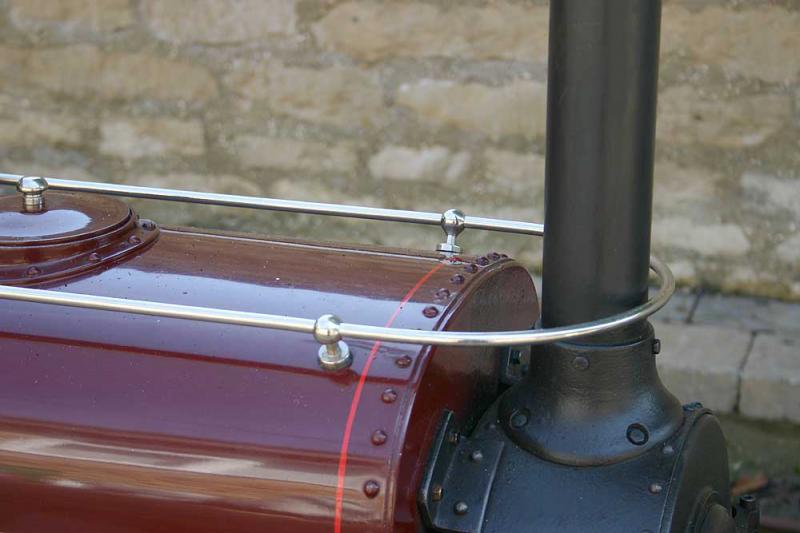 A four inch scale Hunslet "Alice" Class, built to the Milner Engineering design by John Horsfield, a talented and prolific engineer who, amongst other engines, also built "Taw" that I bought in 2005 when the Oldown Railway closed (and, incidentally another Milner design, although somewhat scarcer that the Hunslet).

This engine was built originally for commercial use - however, after one season the first owner decided that a petrol-engined device would be more cost effective. The engine was laid up until 1996, during which time the paintwork deteriorated. It was bought in 1996 and restored by a doctor, who made a fine job of repainting the engine and refitting the cab with commercial steam valves (again, "Taw" had been similarly modified by Joe Nemeth when he owned it) - the engine has been in his hands ever since, lightly used for club running at a society track situated in the grounds of a school in Dorset, sharing duties with his three other engines.

The engine is fitted with a screw-down brake, effective steam brake and a vacuum ejector for train braking, with a driver's brake vacuum brake valve fitted on the left hand side of the footplate and a vacuum gauge in the cab.

The tender had a water tank at the rear with drain, there is a good-sized coal bunker beneath the driver's seat, with a sliding shutter allowing coal out into a tray in the footwell. Locomotive and tender are both fitted with spring buffers.

With a hot, sunny day in prospect, I got up early this morning and fetched the engine up from the workshop for a play on the railway. It's been in steam all morning, it goes very well running quietly a notch off the middle - there's some footage of it here, with Sam at the helm.