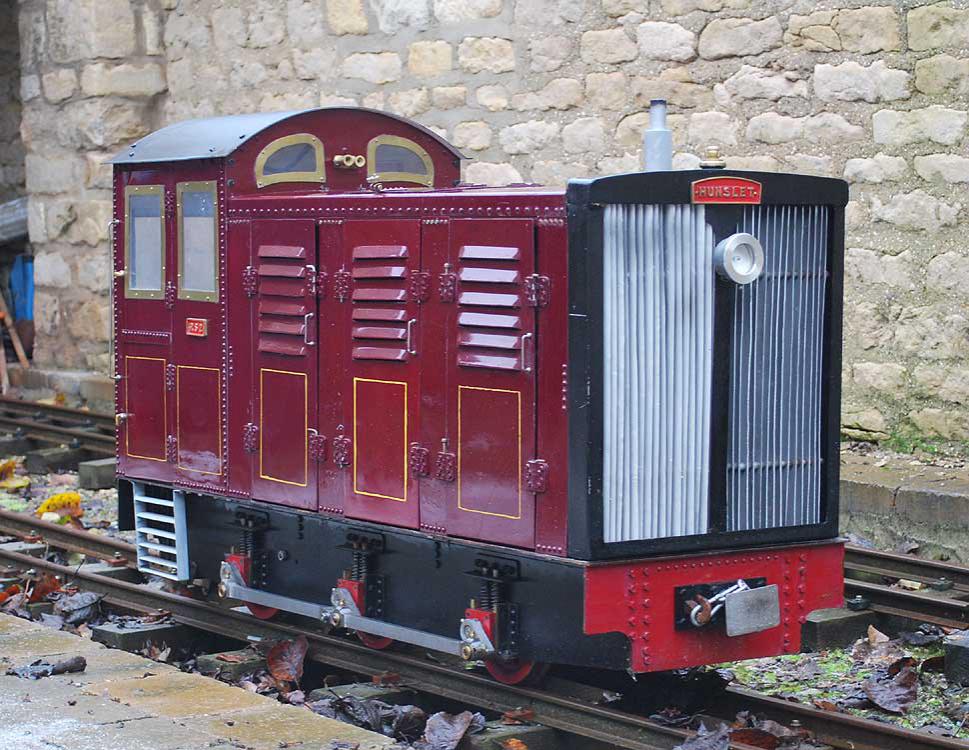 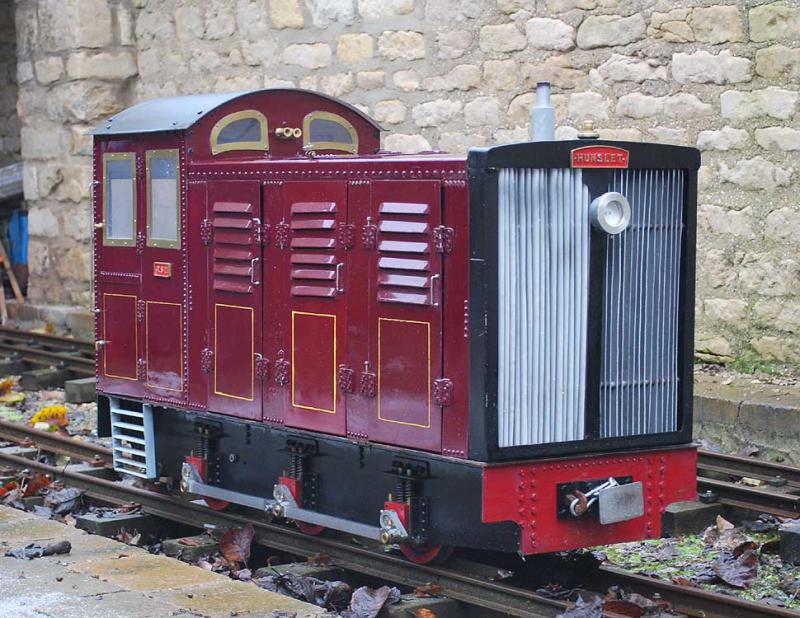 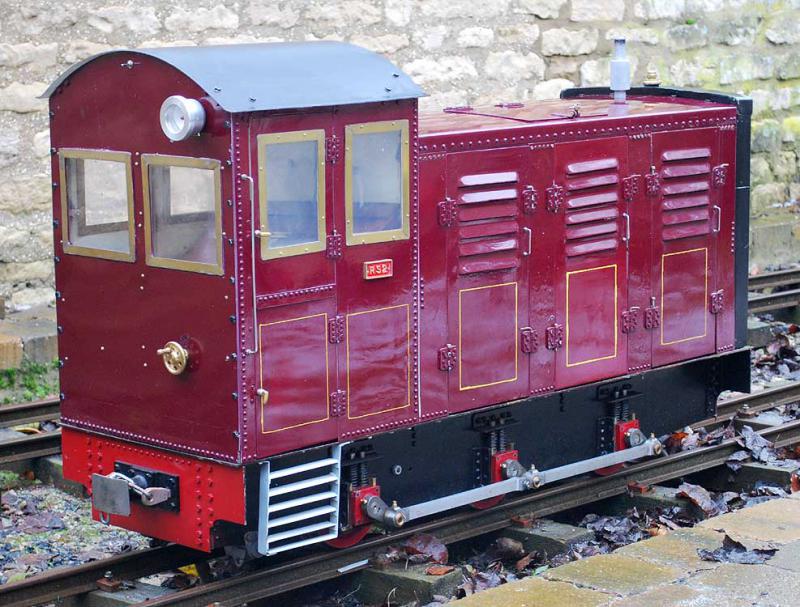 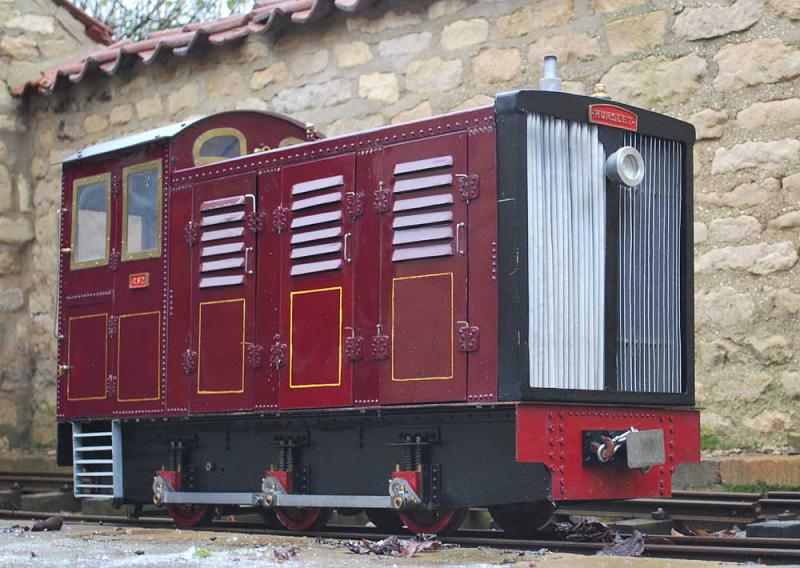 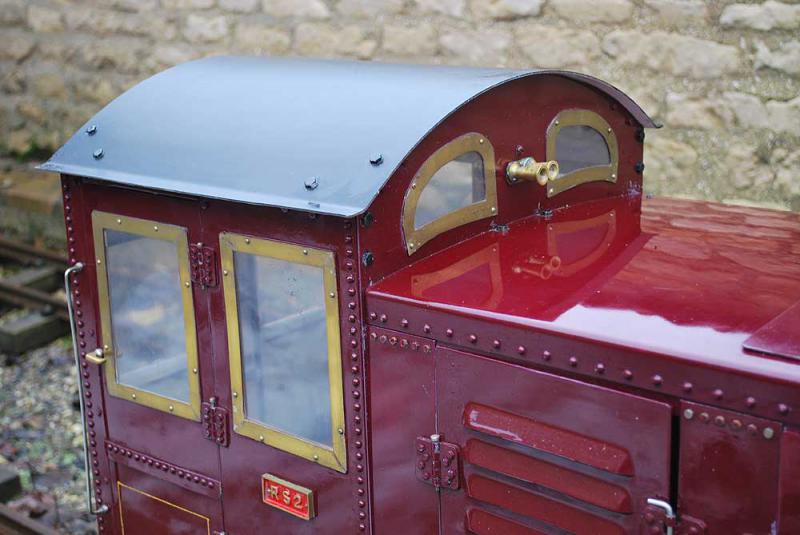 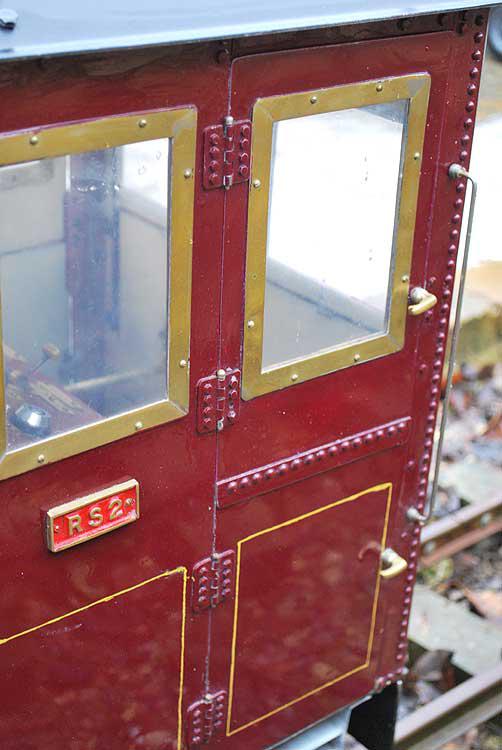 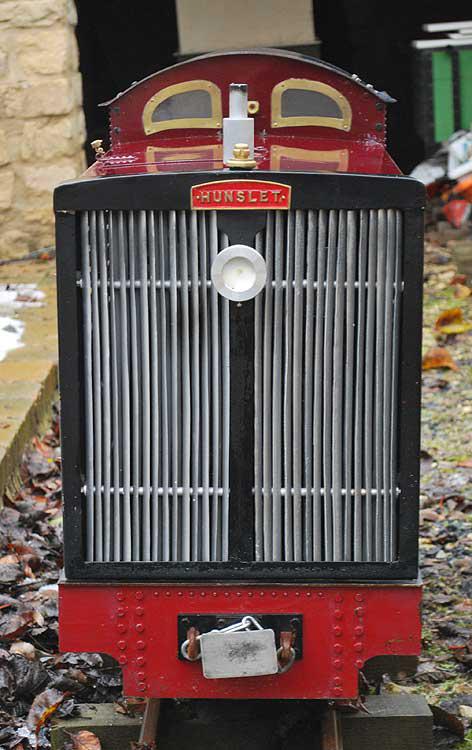 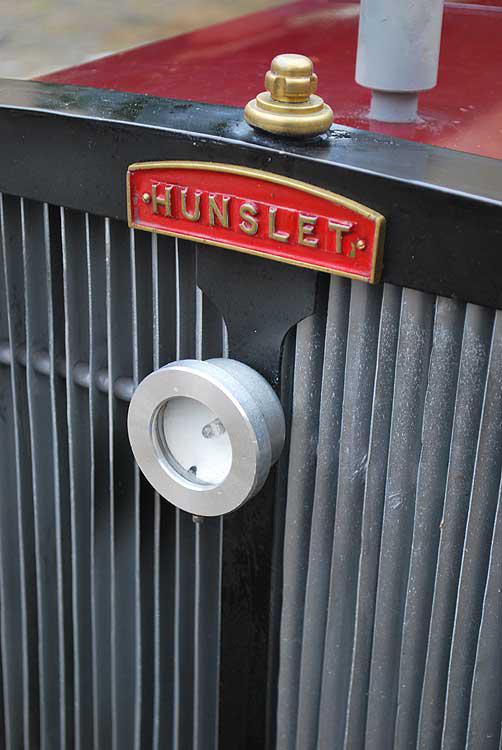 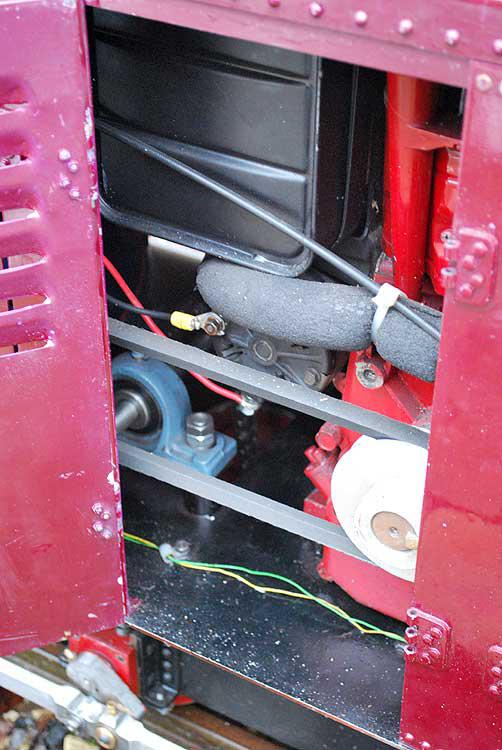 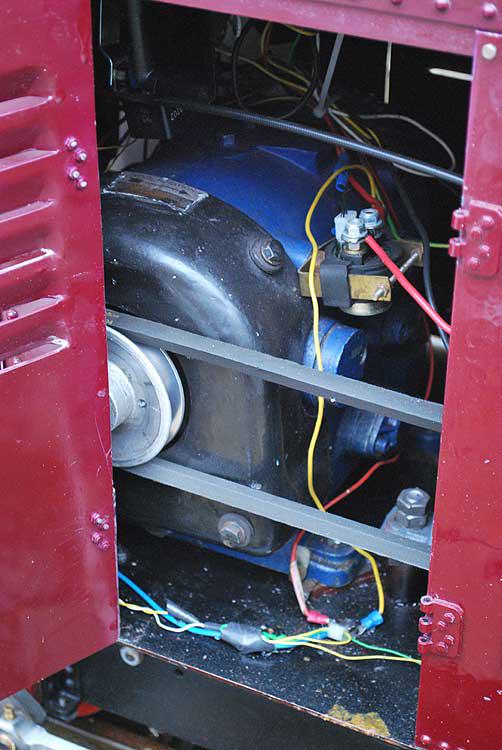 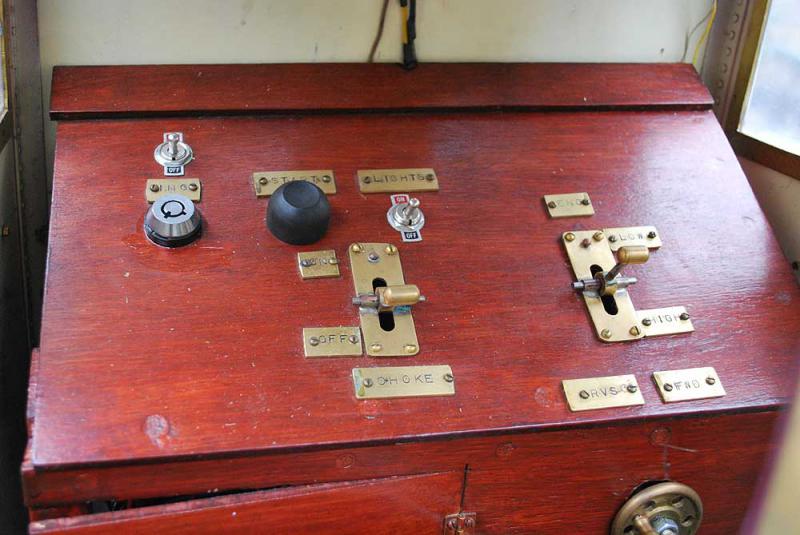 A large, six-coupled petrol-hydraulic locomotive, from a capable builder with several large scale steam locomotives and traction engines already to his credit when he built a pair of petrol-engined machines for running at his local track when "instant power" was required. The powertrain is based on an air-cooled, 8 horsepower Briggs & Stratton engine bought new for the job attached to a continously variable transmission, giving variable speeds in both forward and reverser from a handle at the rear of the cab.

Well-detailed, the bodywork has louvred panels to the engine compartment, three hinged access panels on each side with another on top giving access to the fuel tank filler. The cab is fully glazed, with the rear windows sliding down to give access to the dashboard for driving.

The engine has both recoil and electric start, with a large dry-fit battery located under the dashboard in the cab. Electrics are the Achilles heel of the plot - it really wants stripping out and re-wiring in something considerably heavier duty if the electric starter is used on a regular basis.