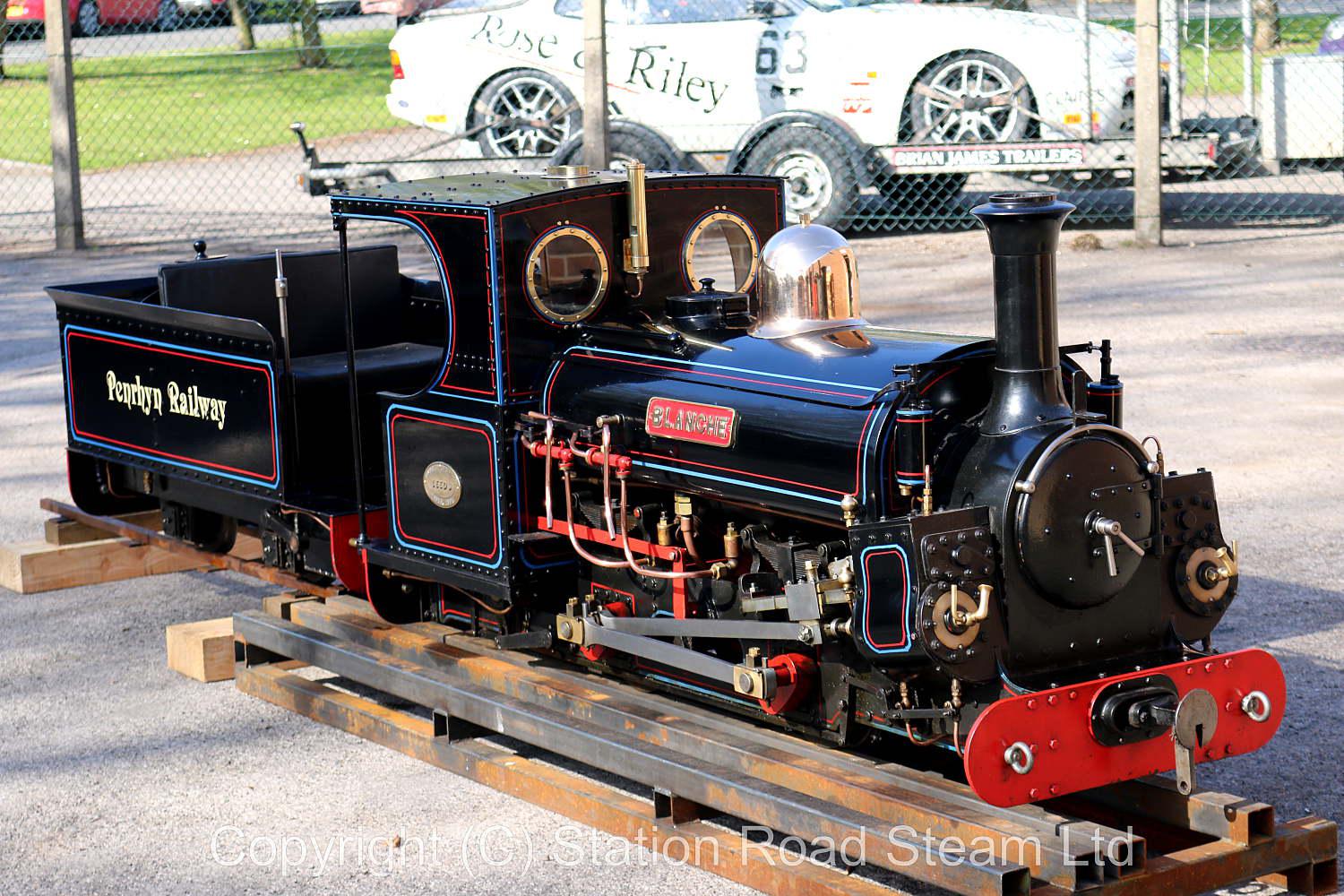 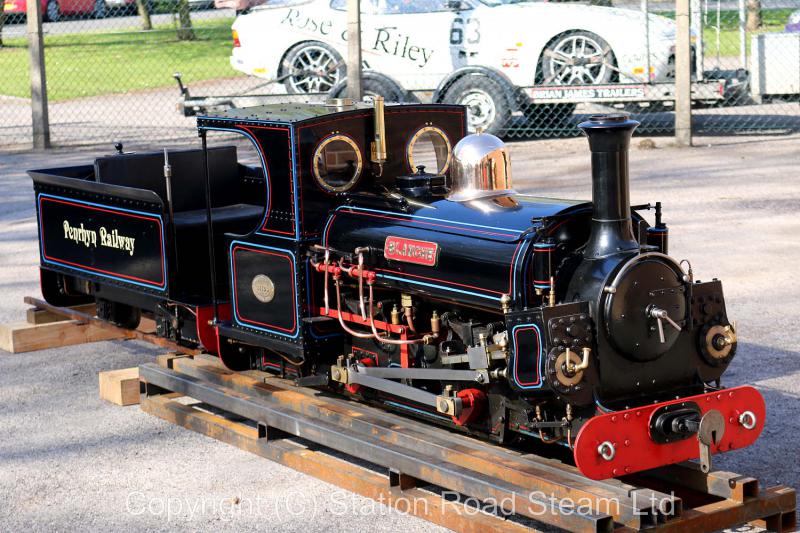 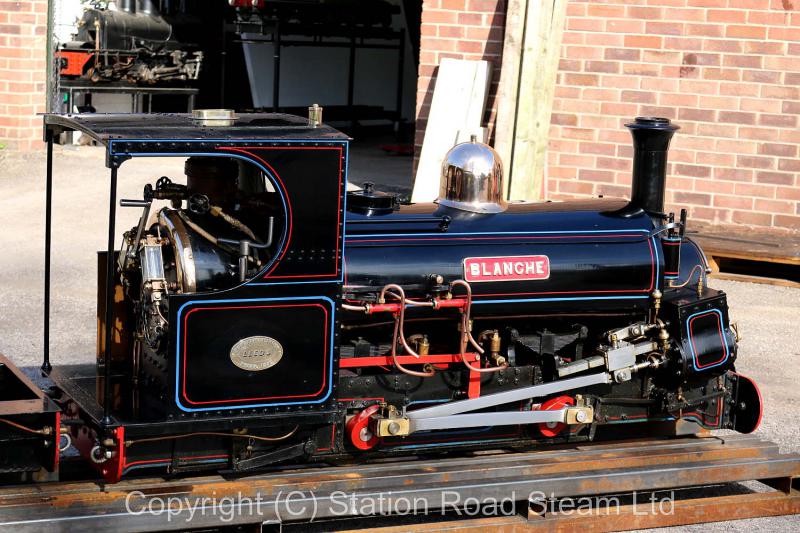 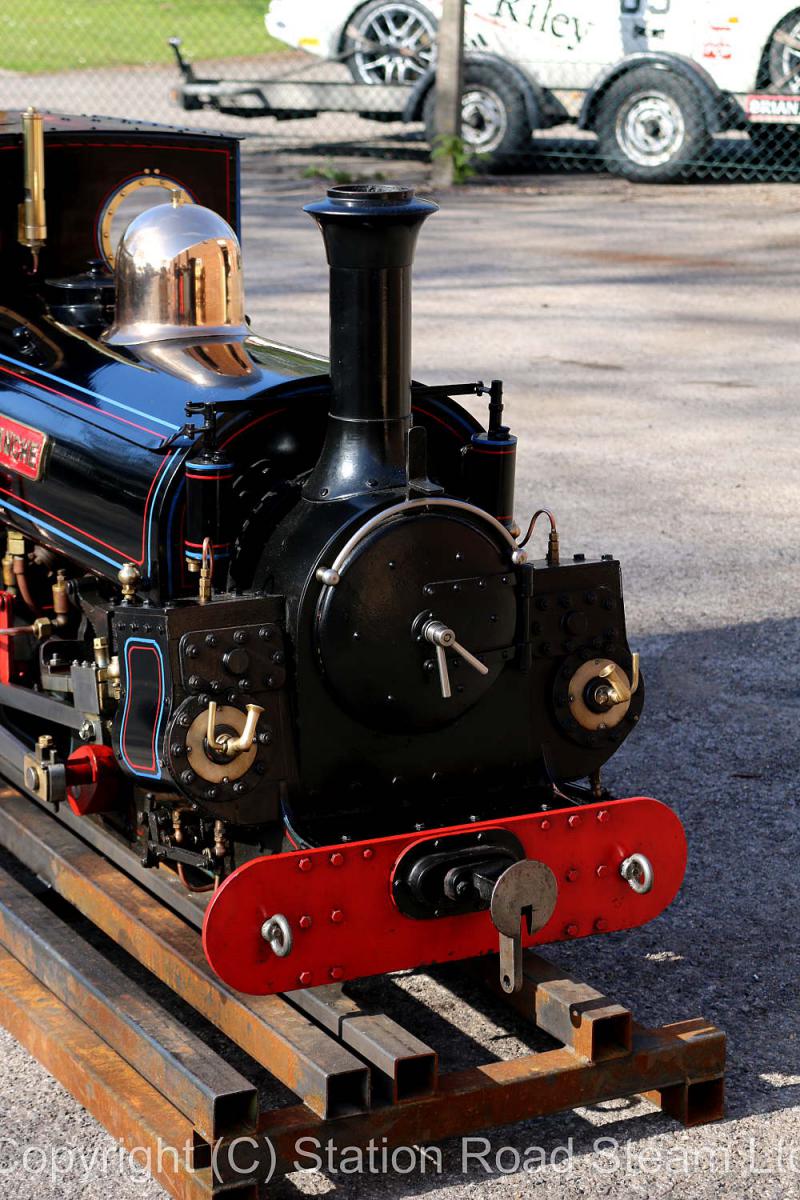 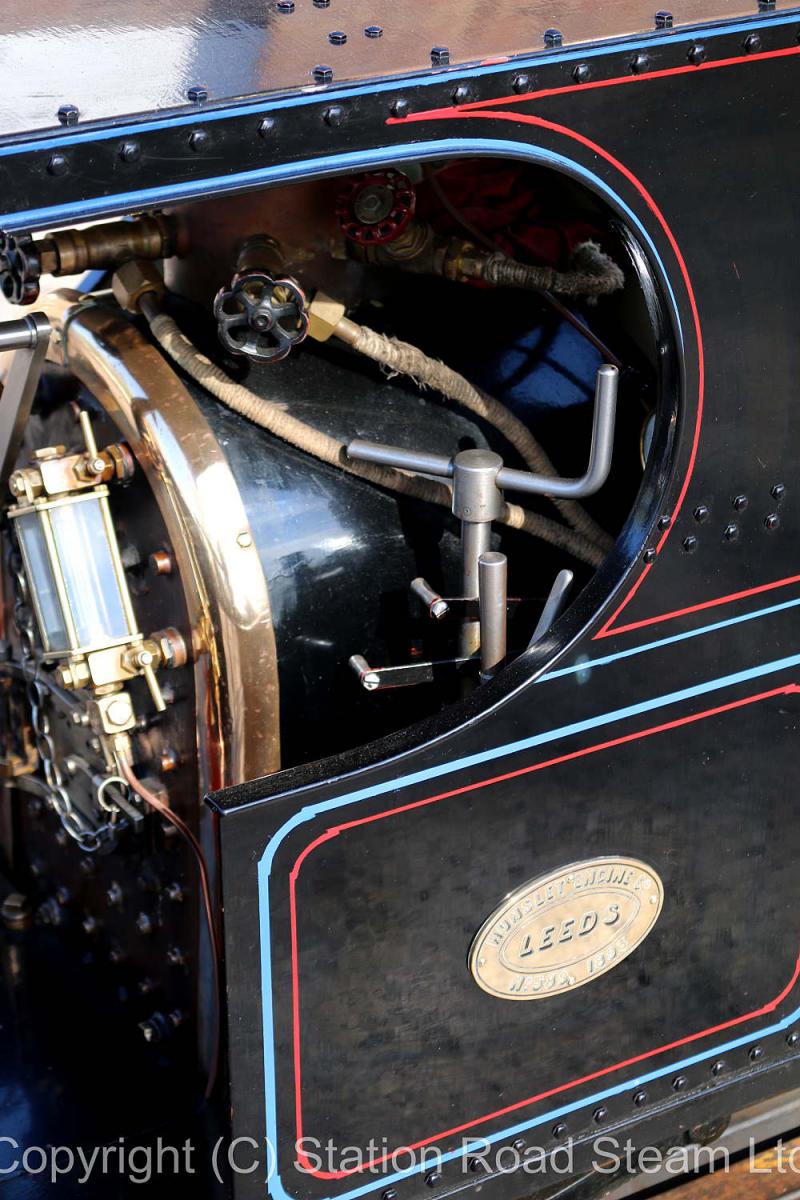 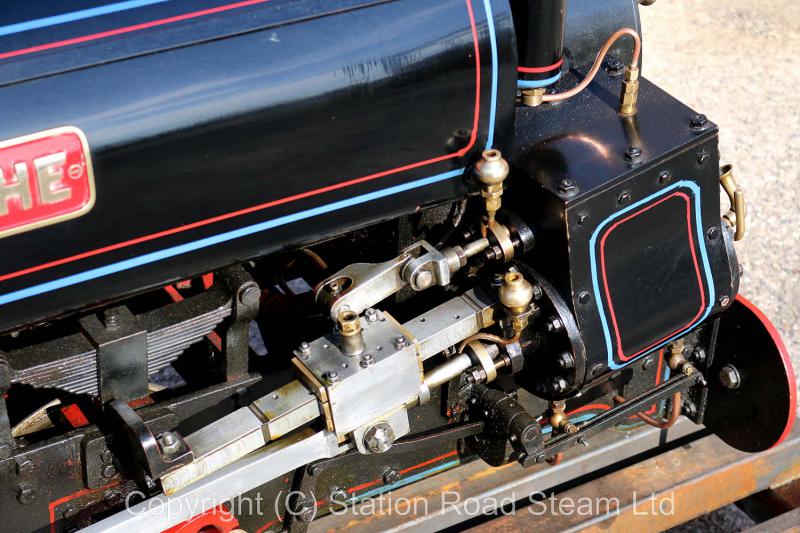 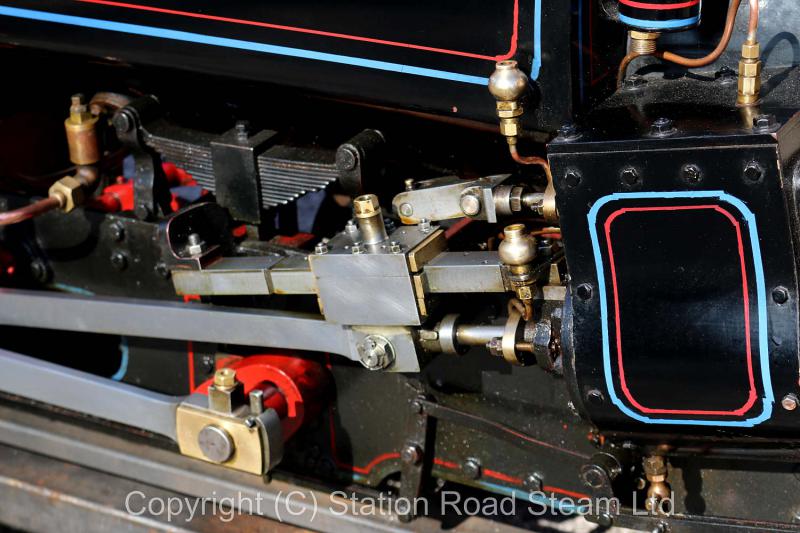 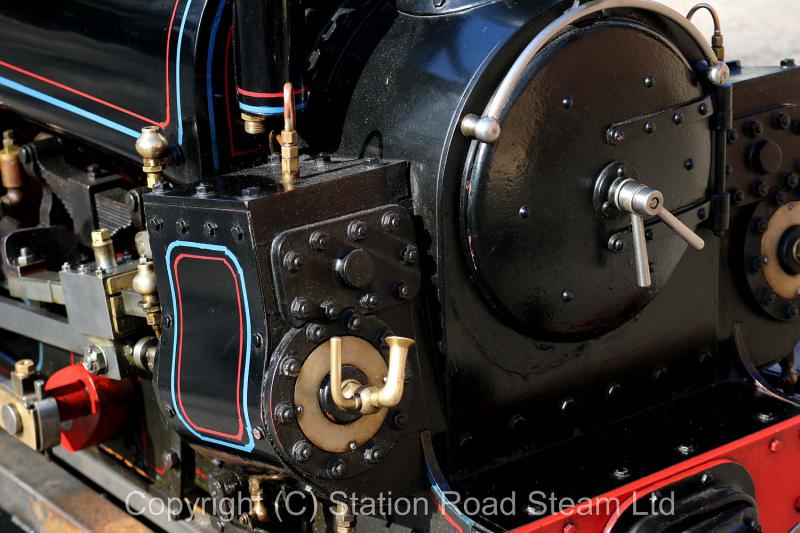 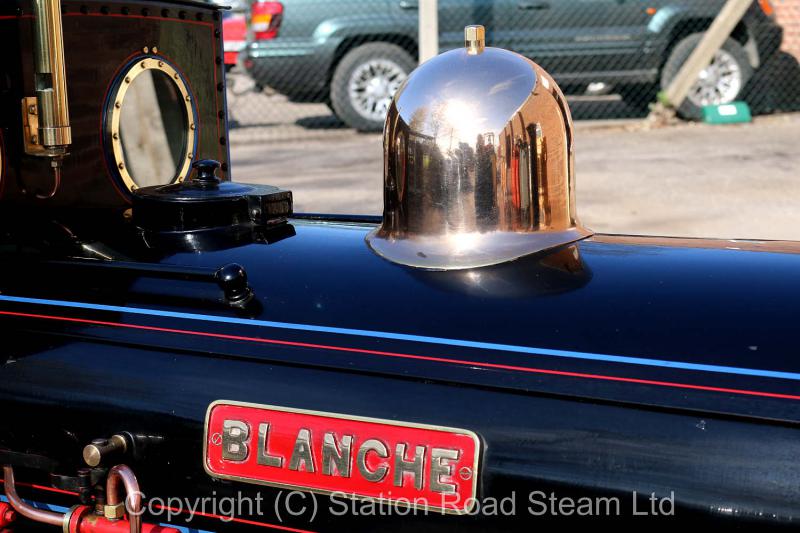 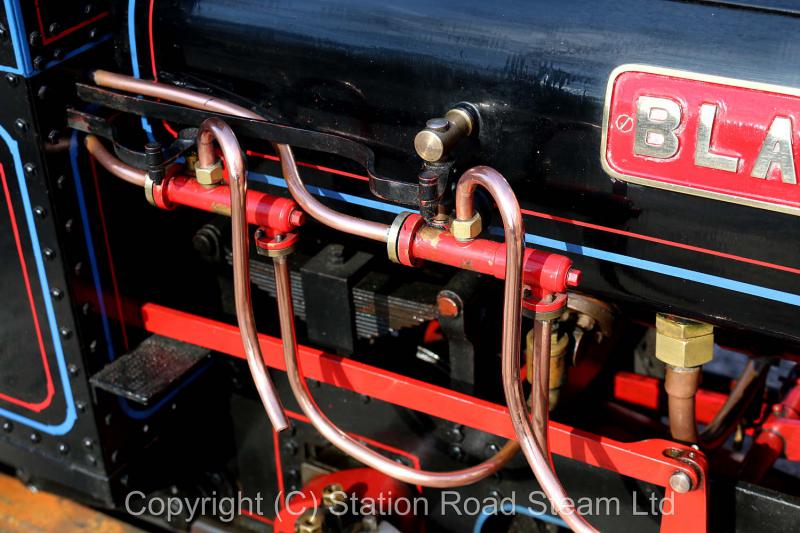 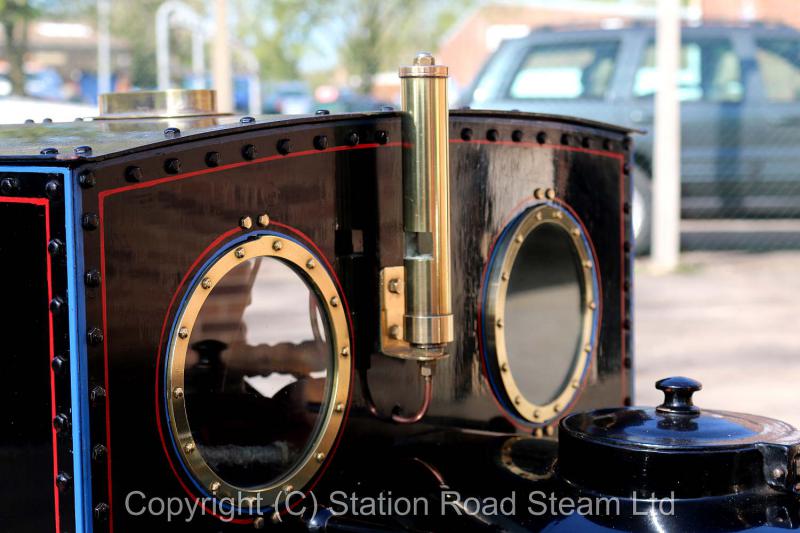 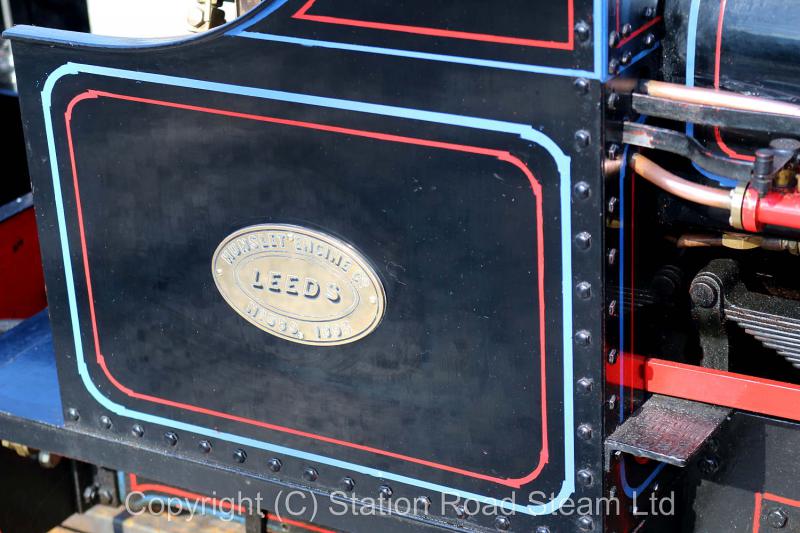 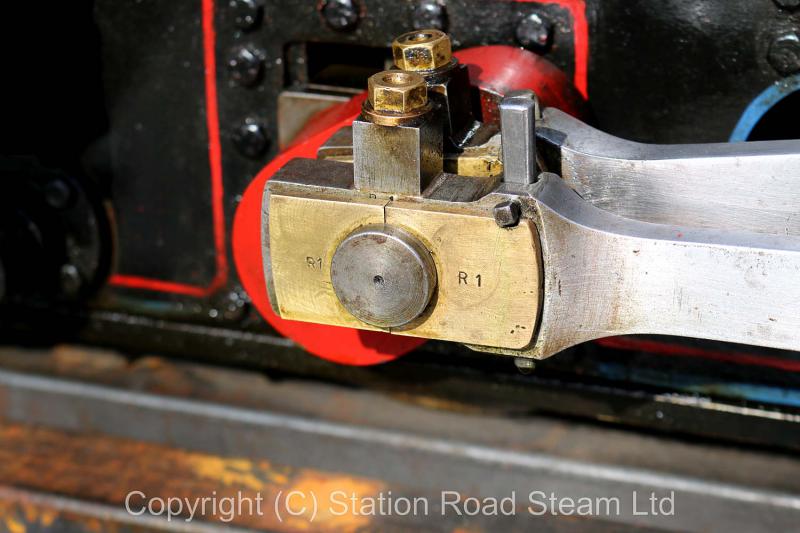 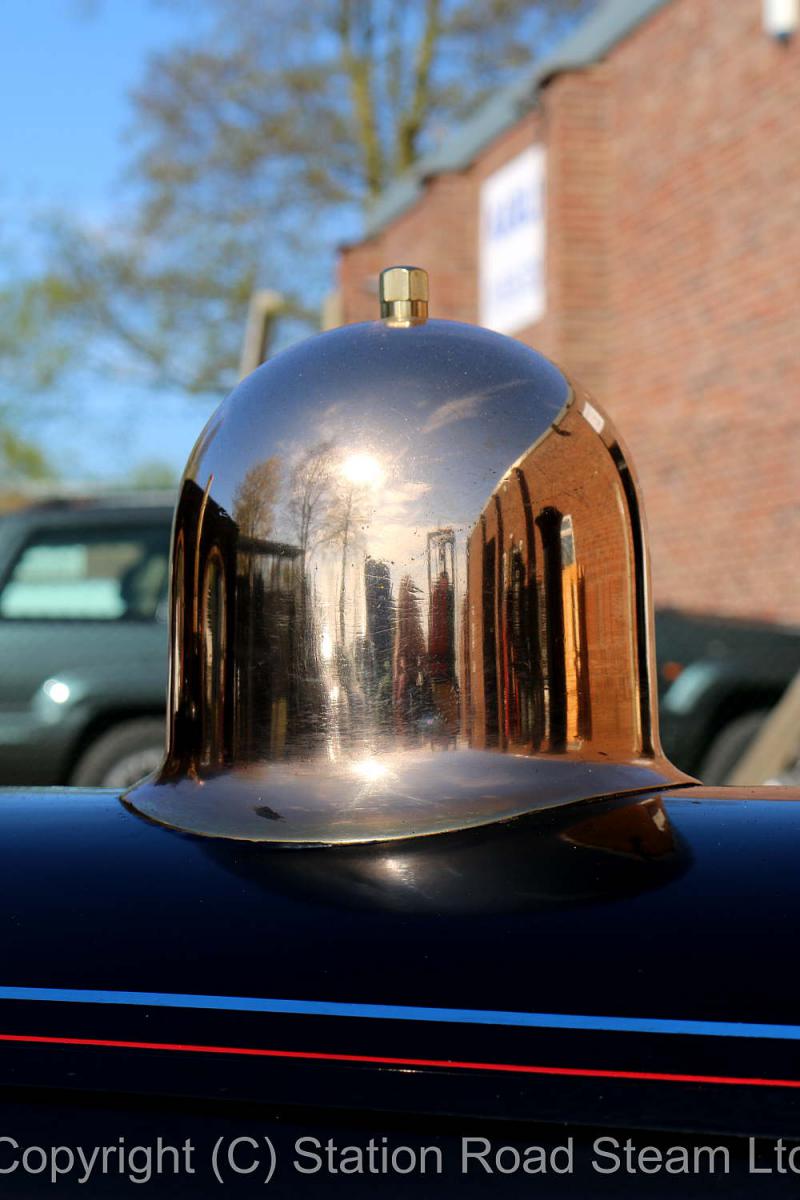 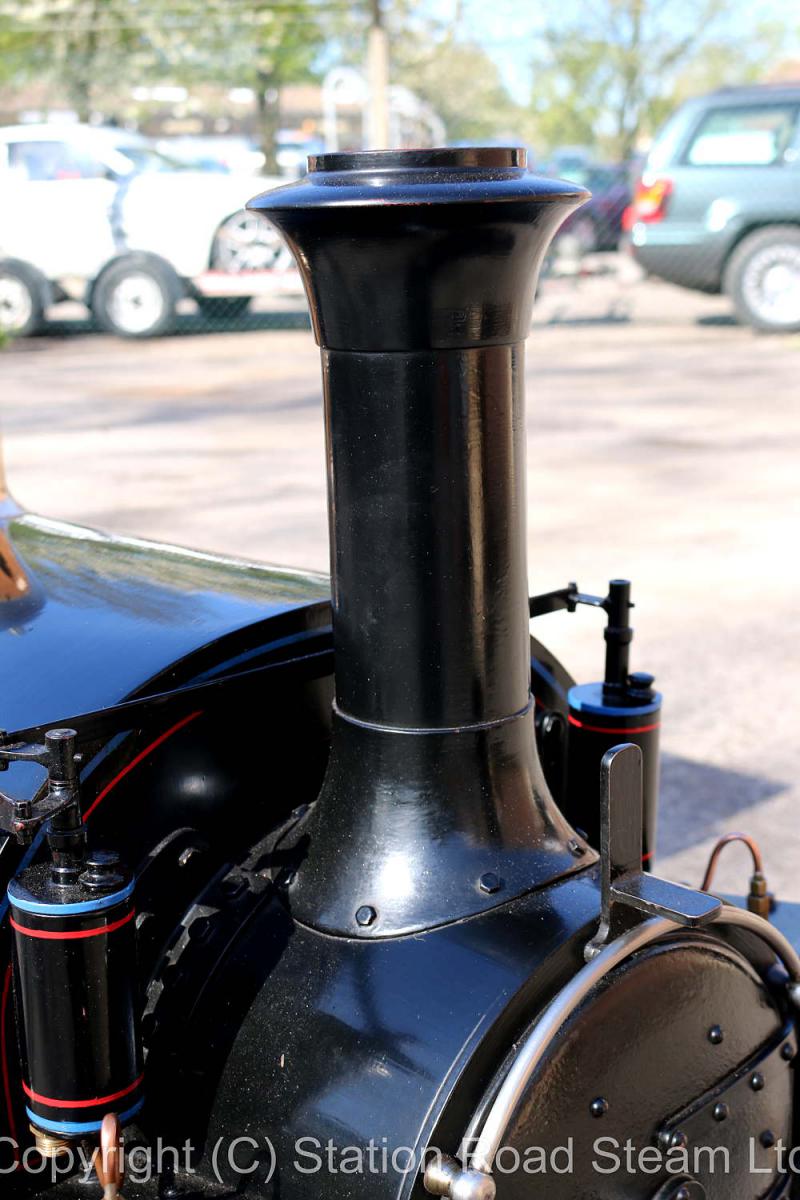 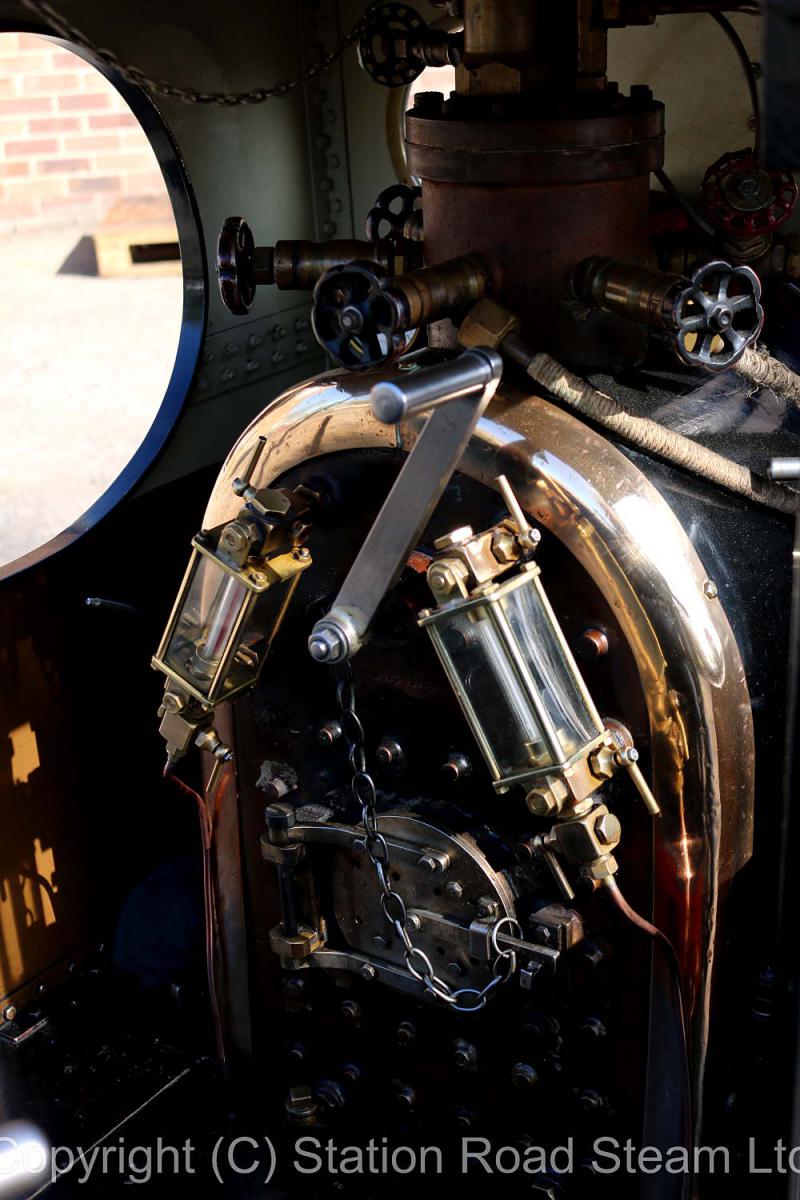 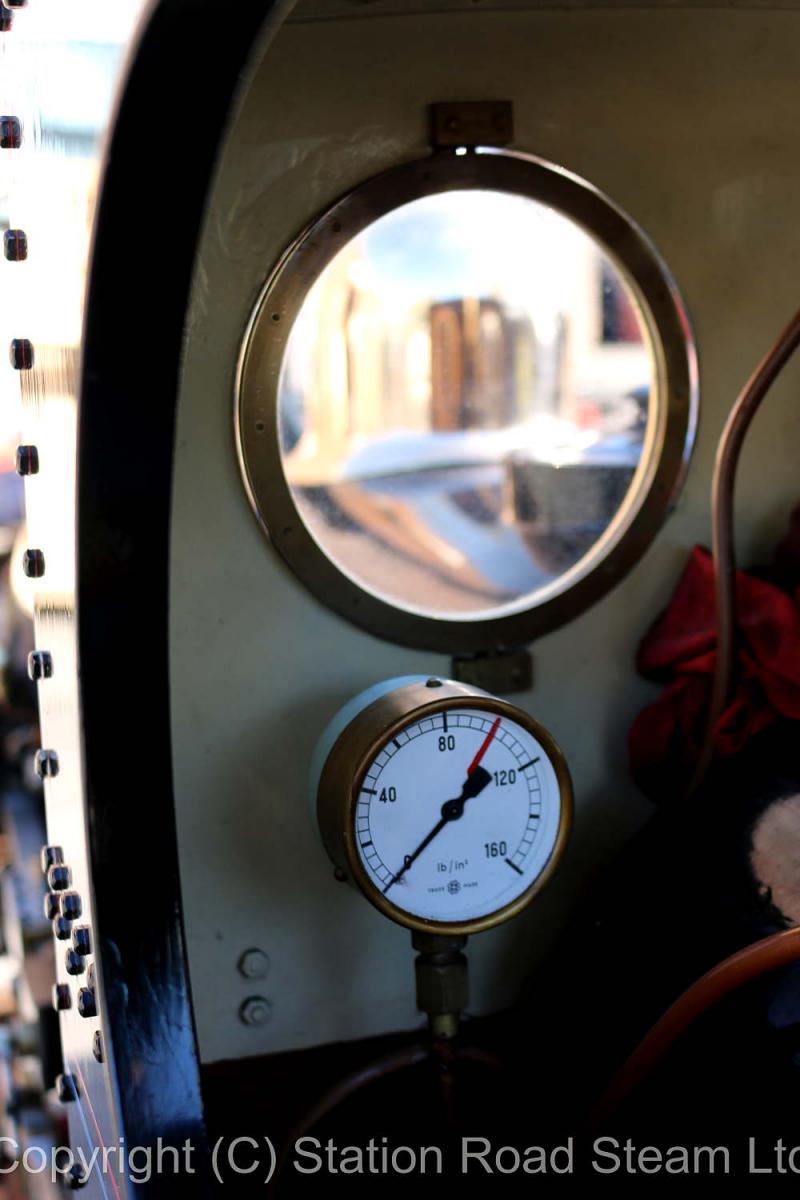 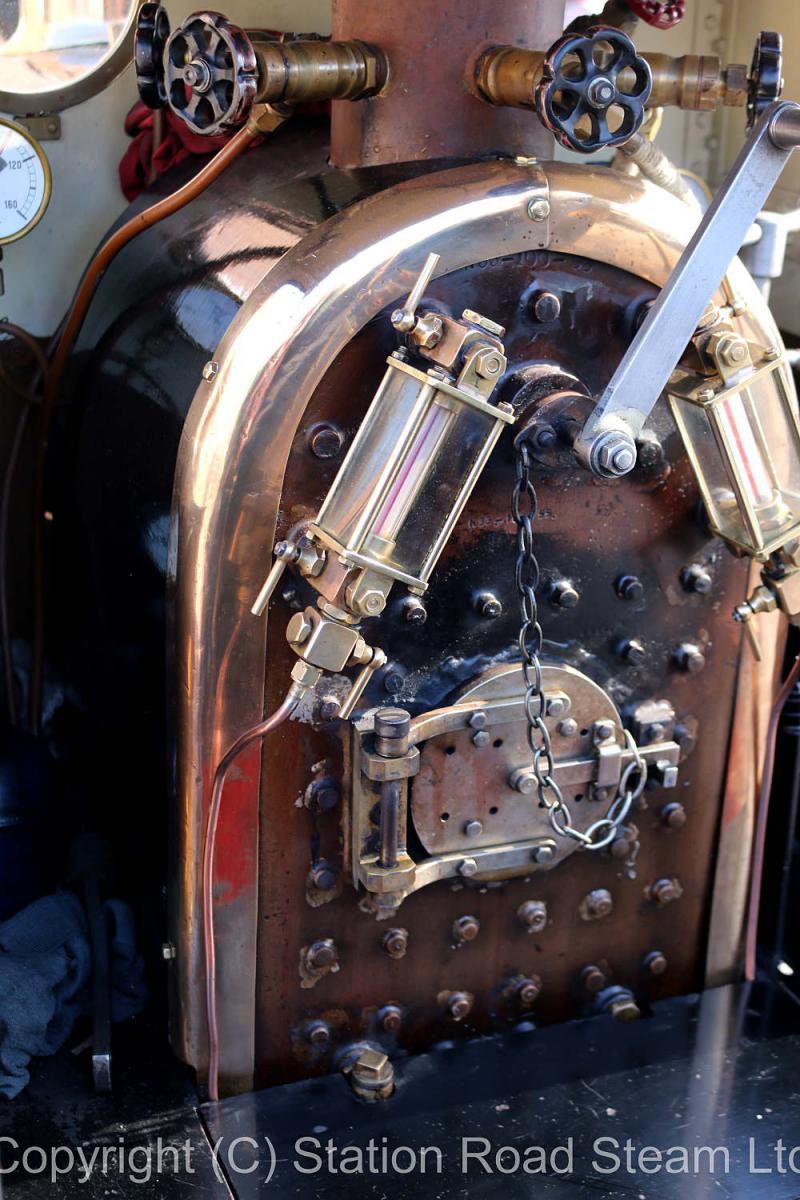 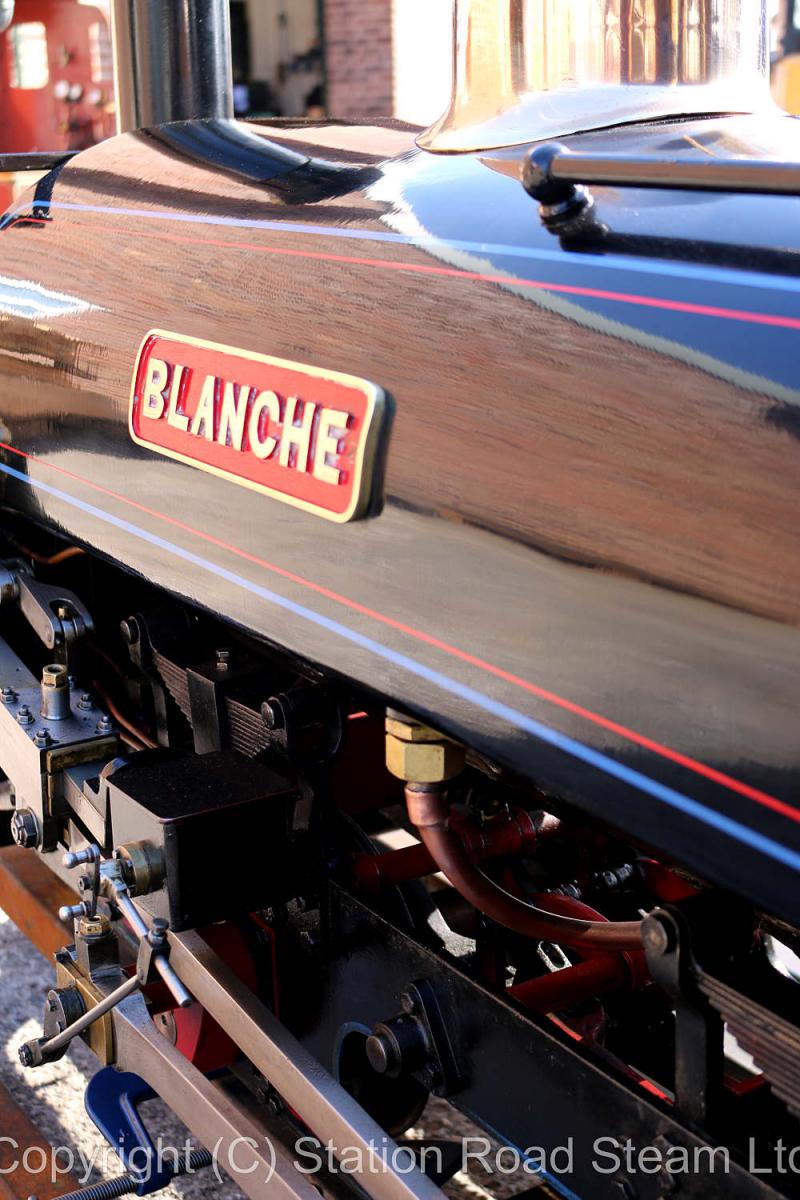 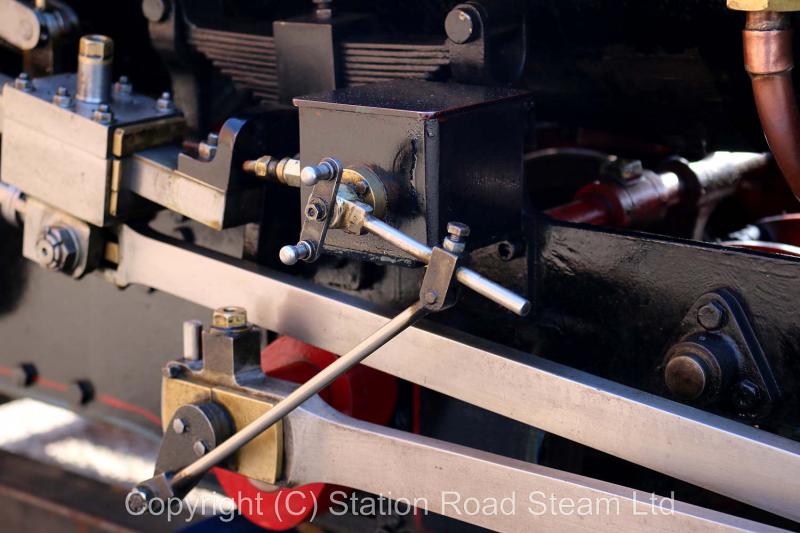 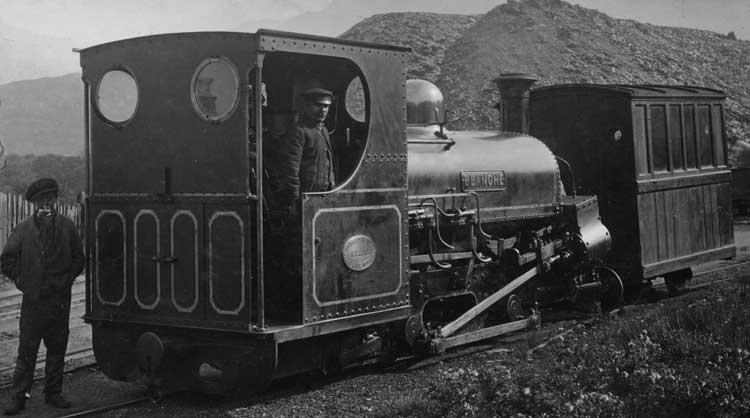 A 7 1/4 inch gauge Penrhyn class Hunslet, built to 4 inch scale and weighing in at around three quarters of a ton with its tender. A magnificent model, "Linda" and "Blanche" preserved on the Ffestiniog Railway are two of my all time favourite locomotives, still running and doing the job they were built for at over 120 years old.

The work of a professional engineer and serial Hunslet builder, "Blanche" has until recently shared a shed with his "Alice" class Quarry Hunslet (completed 25 years ago, still going strong) and a "Port" class "Lilla" nearing completion. "Blanche" was thirteen years in build, the result a beautifully made and finely proportioned model, utterly evocative of the prototype.

Silver soldered copper boiler, 100psi working pressure, feed by twin injectors. Twin safety valves mounted on the turret. Cast iron cylinders with slide valves actuated by Stephenson's gear with pole reverser in the cab. Mechanical lubricator. Pressure gauge in cab, with steam chest pressure gauge mounted below, the engine is fitted for vacuum brakes with gauge on the right hand side of the turret, driver's brake valve mounted on the tender.

The engine has been well maintained, it remains in good mechanical order. Hand painted and lined in prototypically correct livery for the Penrhyn Quarry period of its life it has been modelled on.

This one has sat on a stand outside my office since it arrived, giving me a most attractive view through the window. Given its size I don't think I've got the remotest chance of getting it a berth in the house, but I live in hope - there's a large space in the garden room formerly occupied by the 9 1/2 inch gauge Mogul which is crying out for a similar sized engine!

There's a clip here of the engine running on the rolling road, taken in the sunshine yesterday. Picture of the full size Blanche, taken circa 1910, used by kind permission of James Waterfield.