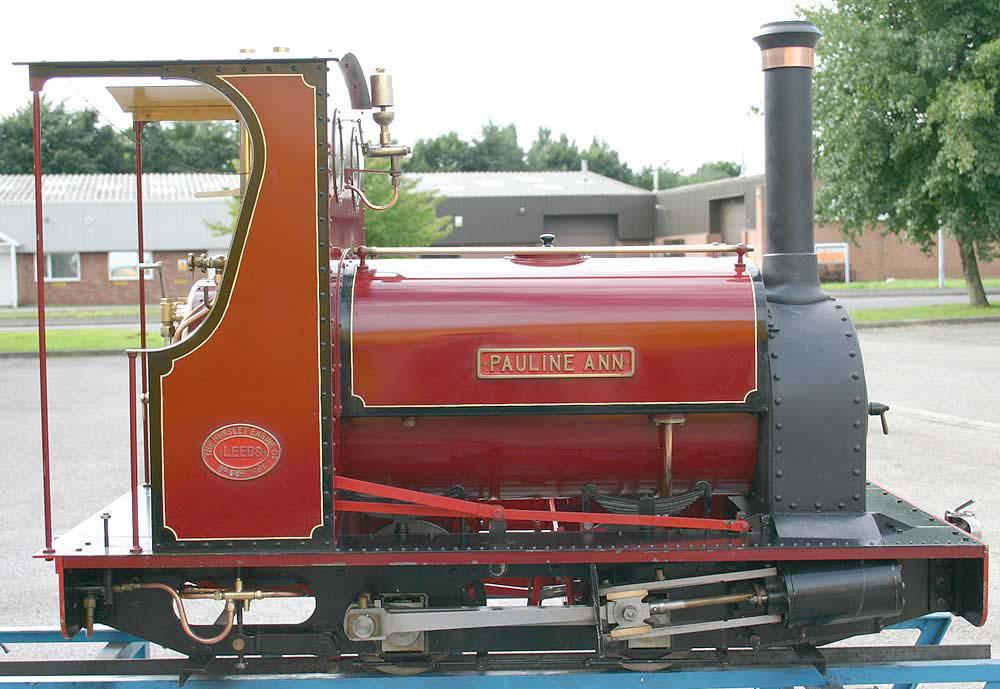 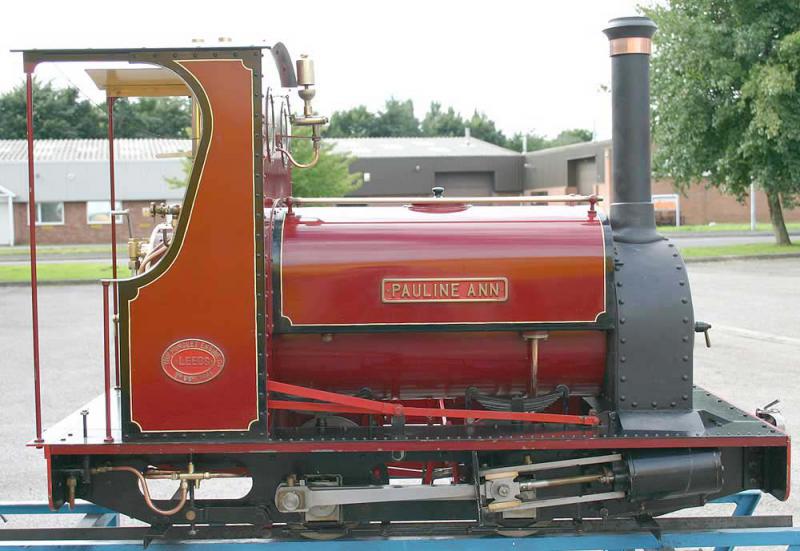 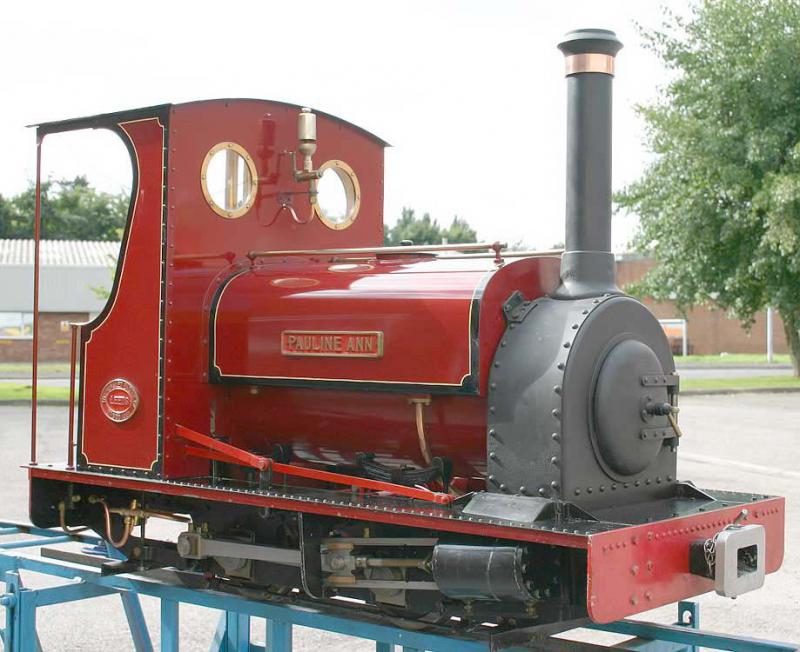 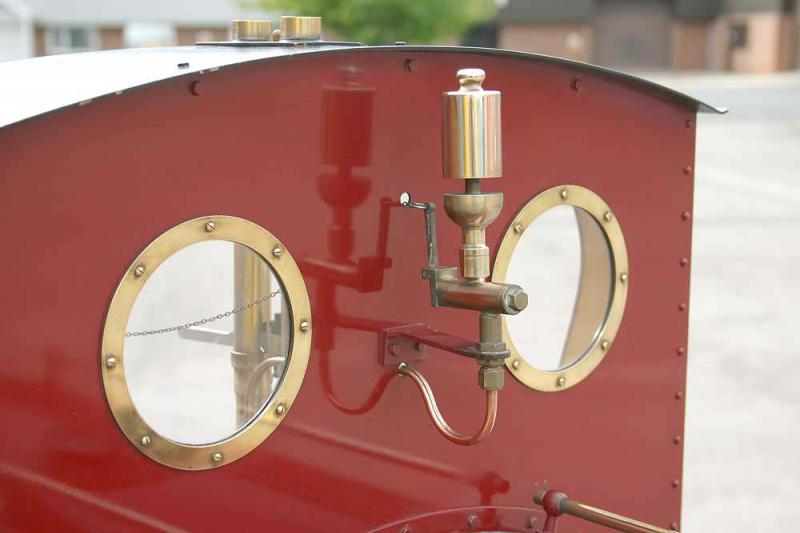 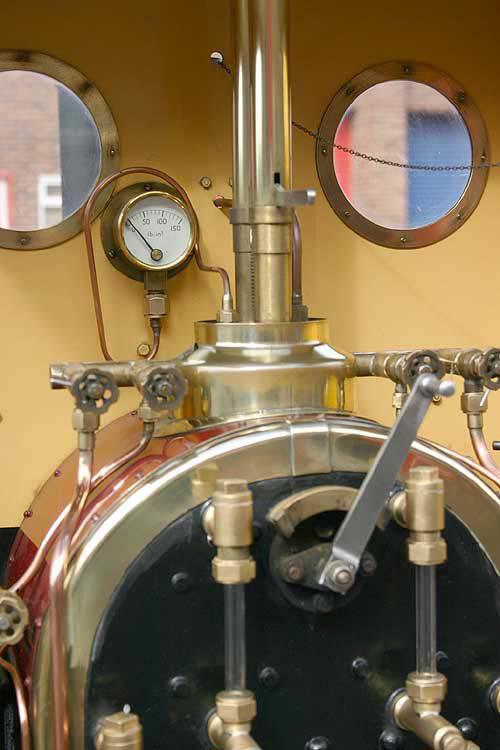 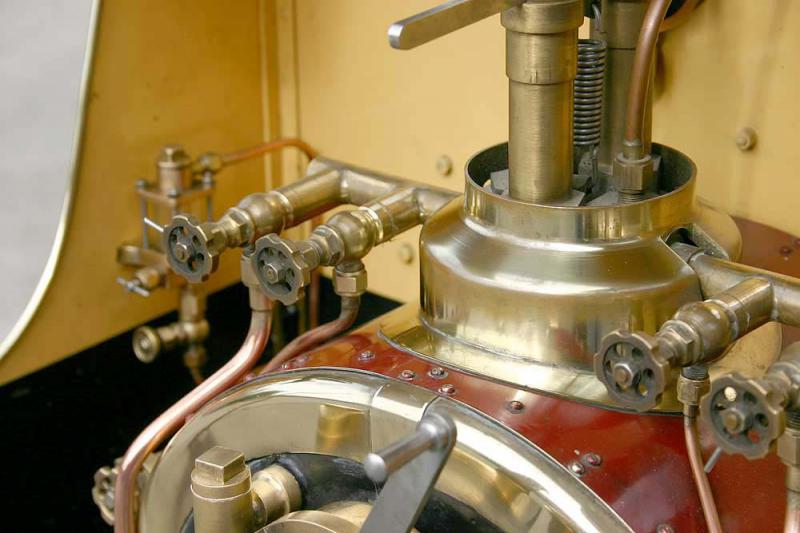 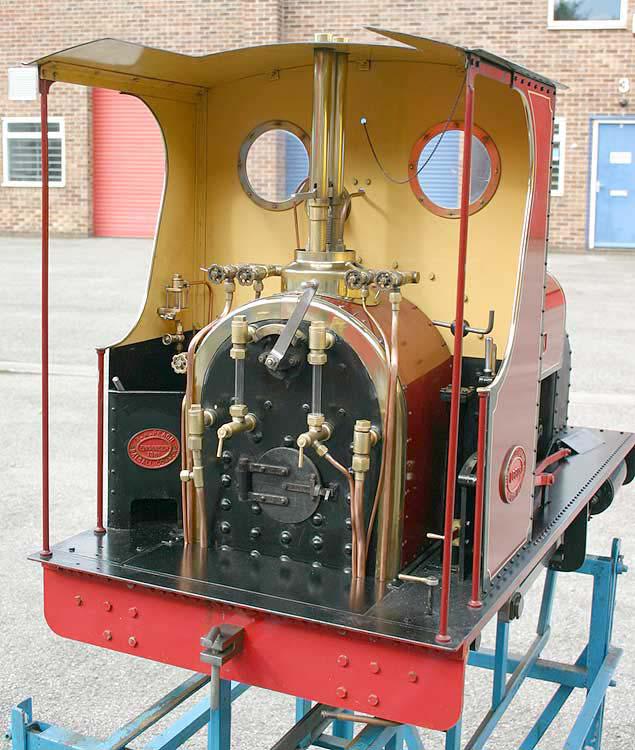 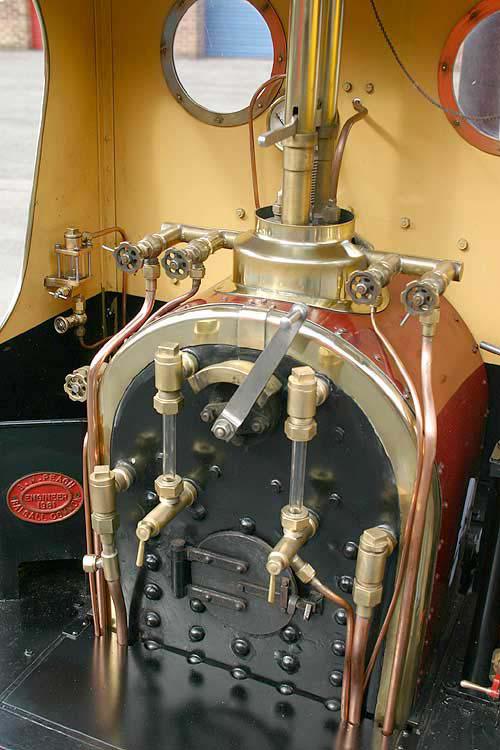 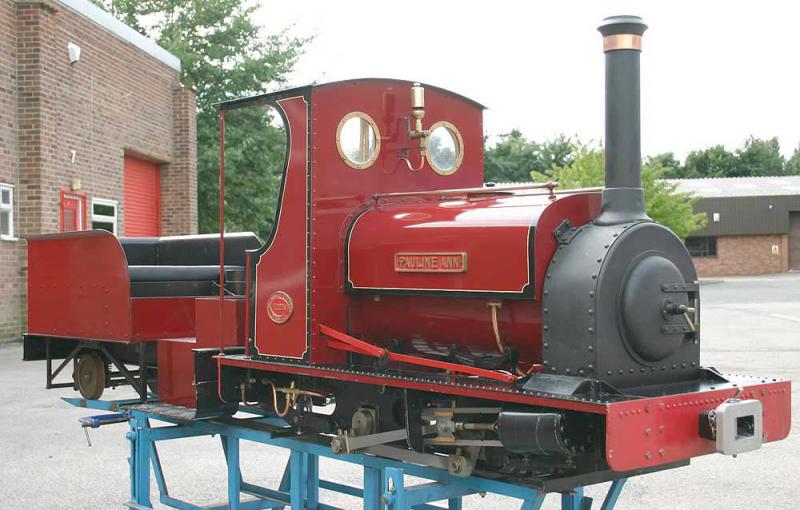 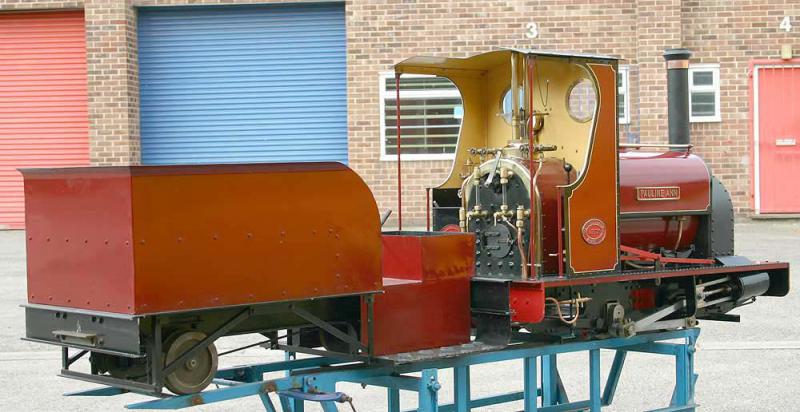 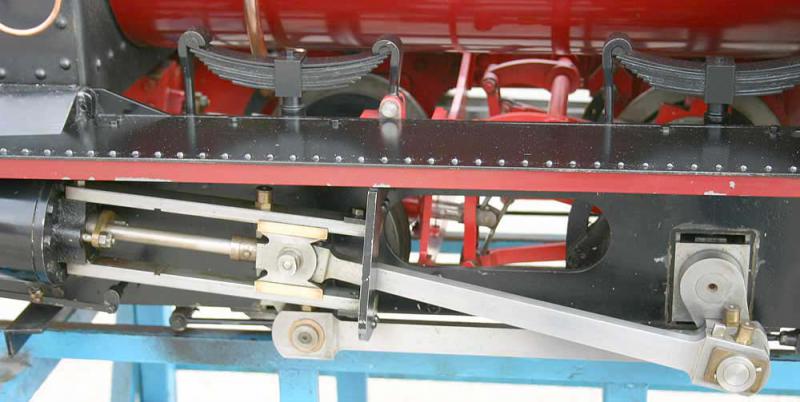 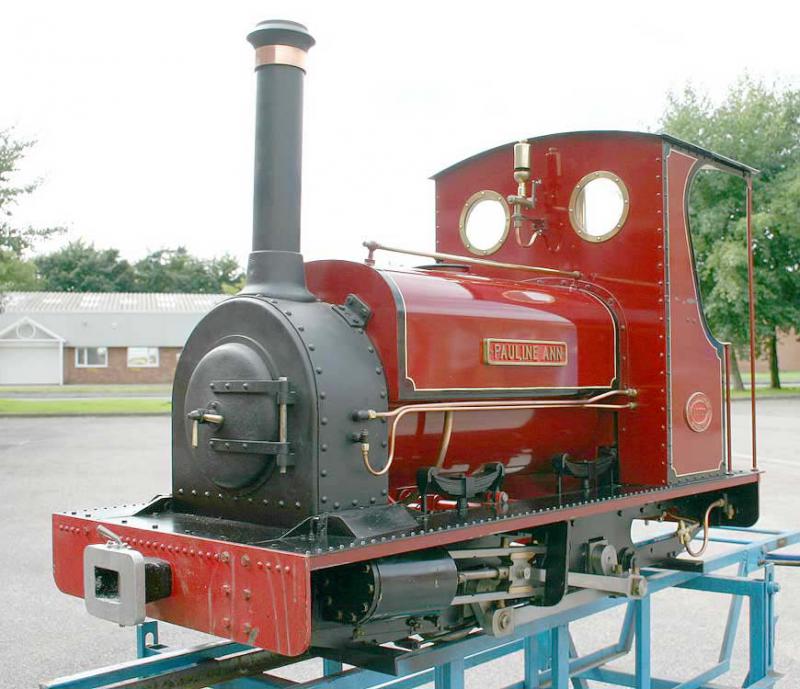 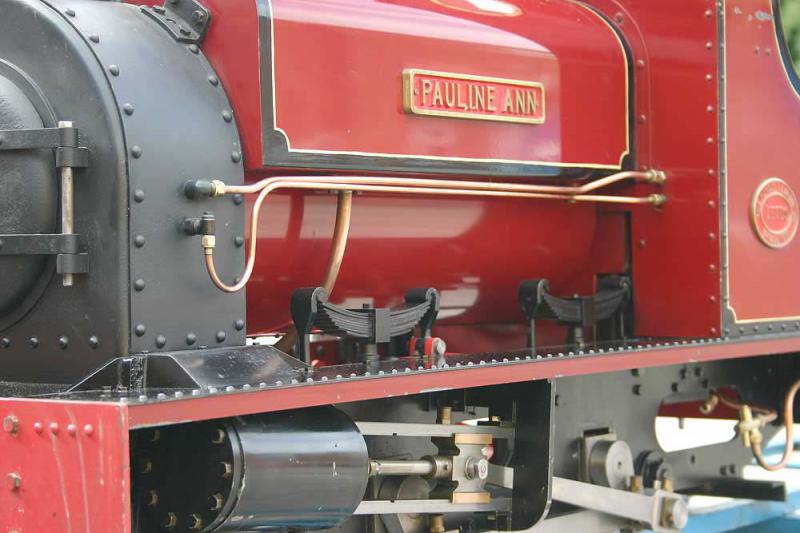 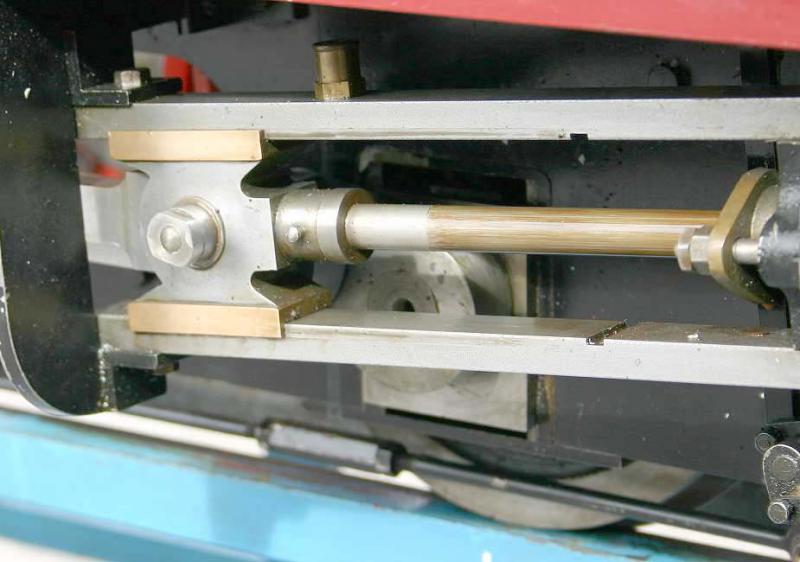 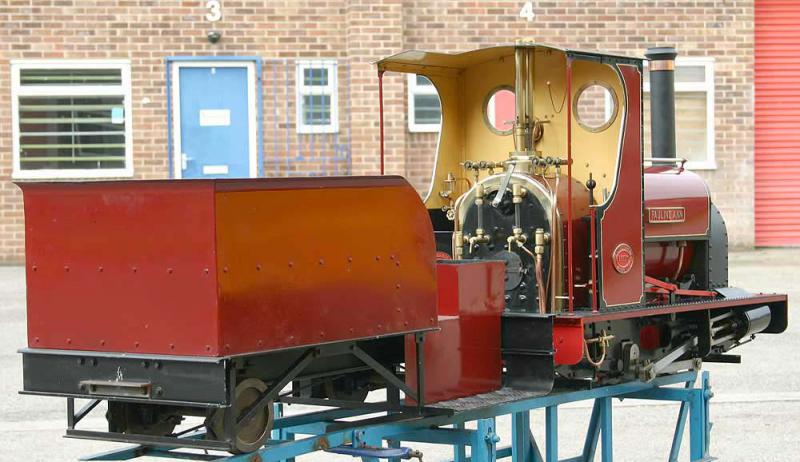 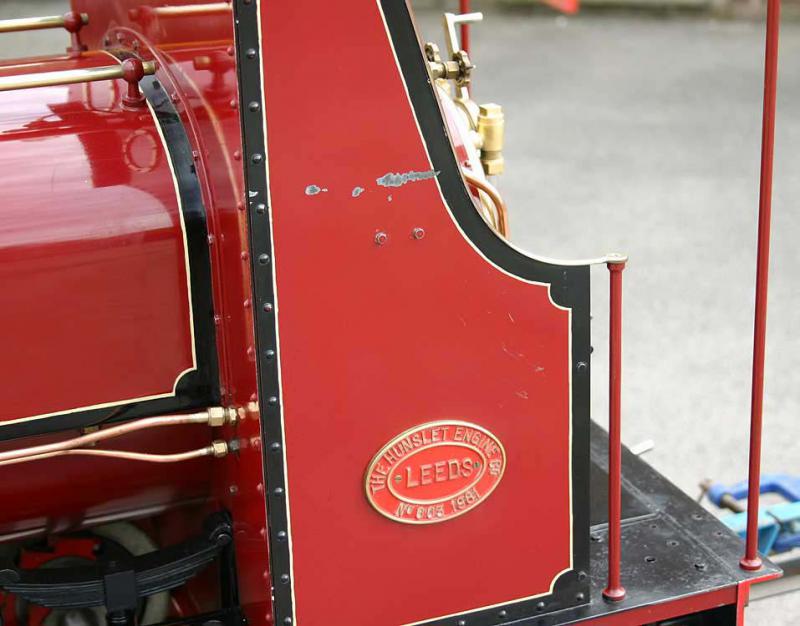 I first bought this engine a couple of years ago and, impressed with how well it steamed and how nice it was to drive, kept it to use myself. Eventually it fell under the eagle eye of the stock controller herself - admittedly Sam and I had been flaunting it a bit taking both this and a 4 inch scale Bagnall out on the same day, suffice to say that one 7 1/4 inch gauge saddle tank was deemed enough, so this one went.

When I say went, I should really have said sold as, although money changed hands, the locomotive itself never left the premises. The new owner was moving house, then moved again, then changed gauge for his new garden railway in a big (as in 2 foot gauge big) way. The Hunslet became surplus to his requirements never having actually left my workshop, such is the way of small narrow gauge railways...

Having "come back", I have hung onto it for far longer than I should, motivated mainly by pleasant memories of driving it some summers ago. However, with a pair of 4 inch scale Hunslets in the engine shed as well nowadays, this one really has got to go.

A very nicely made 3 inch scale "Alice" class Hunslet, of the type seen all over North Wales and, nowadays in preservation where three or four dozen survive (and, reputedly, new ones are in manufacture). Silver soldered copper boiler fed by twin injectors which draw water from a tender-mounted tank. Working pressure 100psi, the backhead is fitted with two water gauges with blowdowns. Slide valve cylinders with Stephenson's valve gear, pole reverser in cab. Sight feed lubricator for cylinders.

It runs very well, steams beautifully and is dead easy to drive. Although a substantial two man lift, it will go in the back of a car with its driving truck alongside. The backhead is particularly well done and, combined with the lined Midland red livery, makes the model highly evocative of the real thing. Overall the paint is in good condition with some minor chips and dings, however there is one scrape about an inch long on the left hand side of the cab - there is a closeup picture of same on the next page. There is a comfortable driving truck with a built-in water tank, coal box, footboards and a decent hand brake. The engine is complete with a set of firing irons and extension controls for those plagued by a bad back or thickening middle (or, like me, a combination of the two).