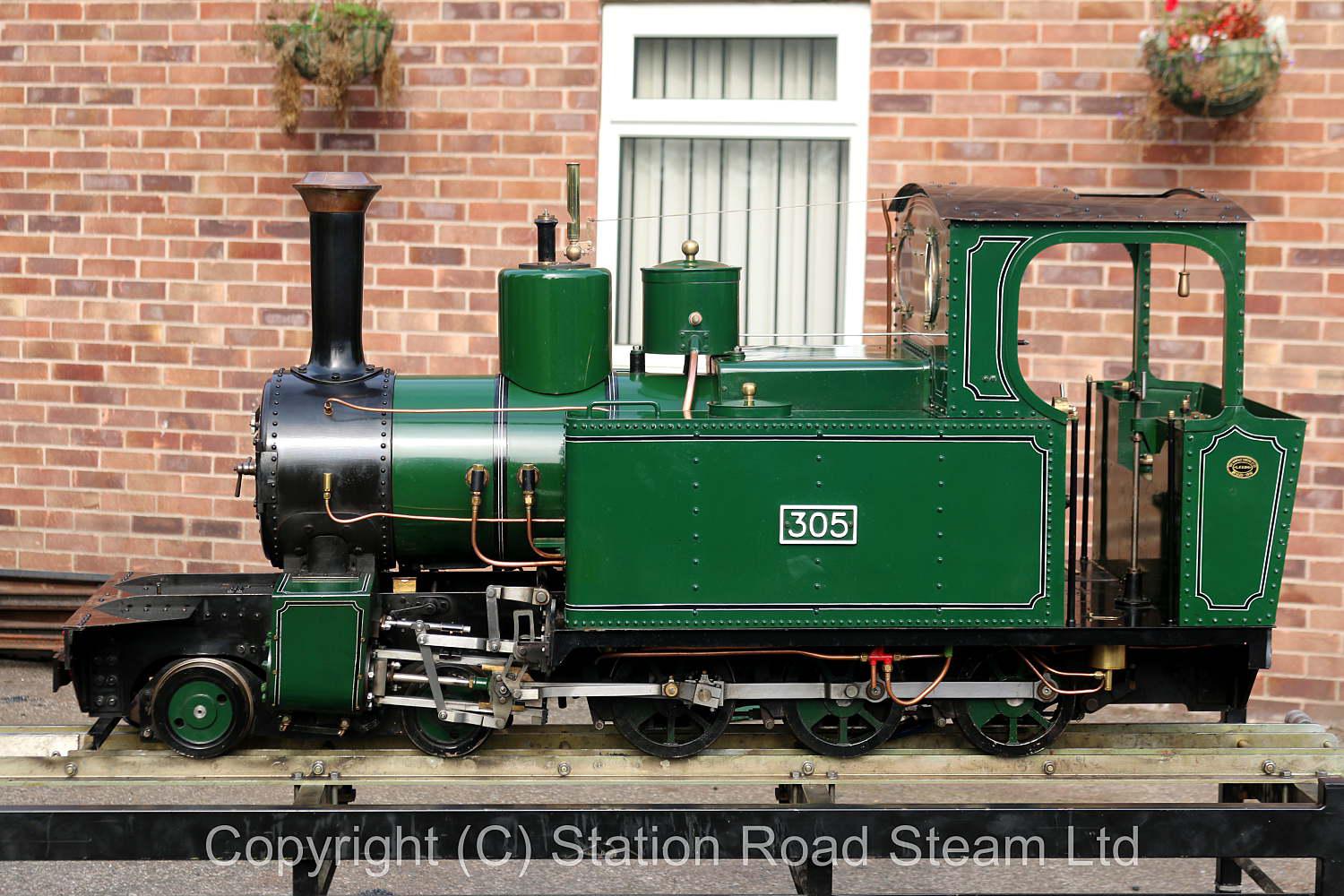 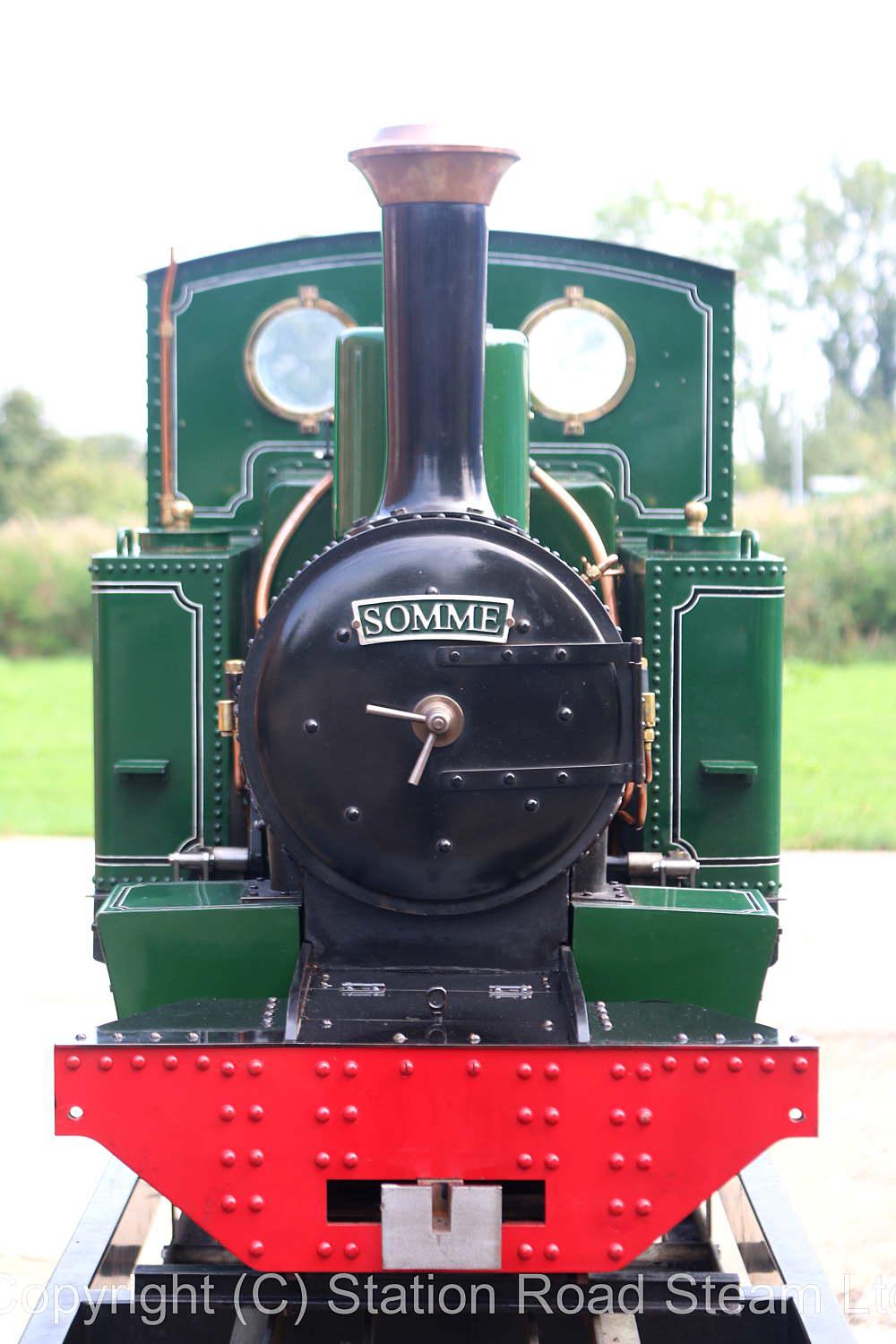 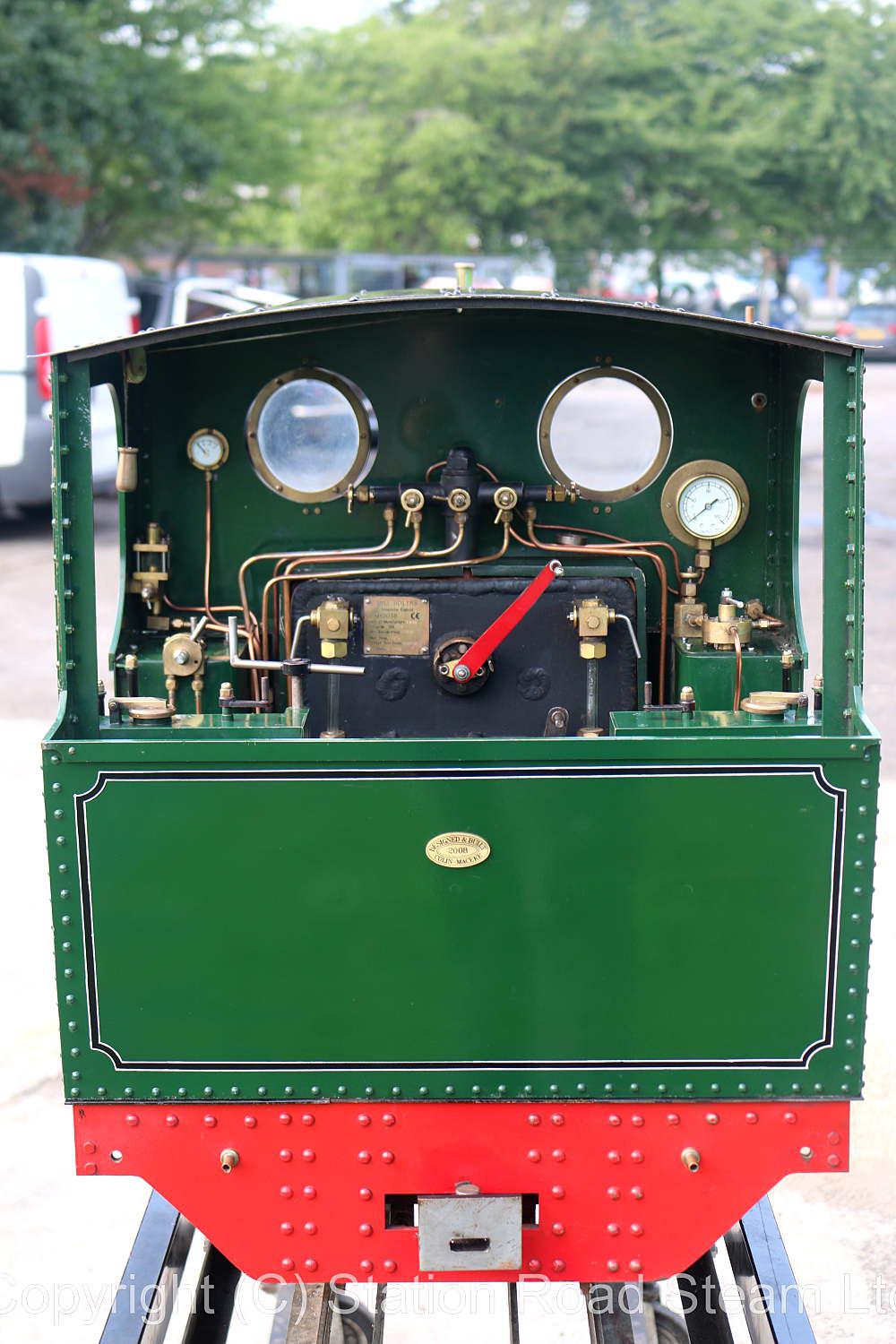 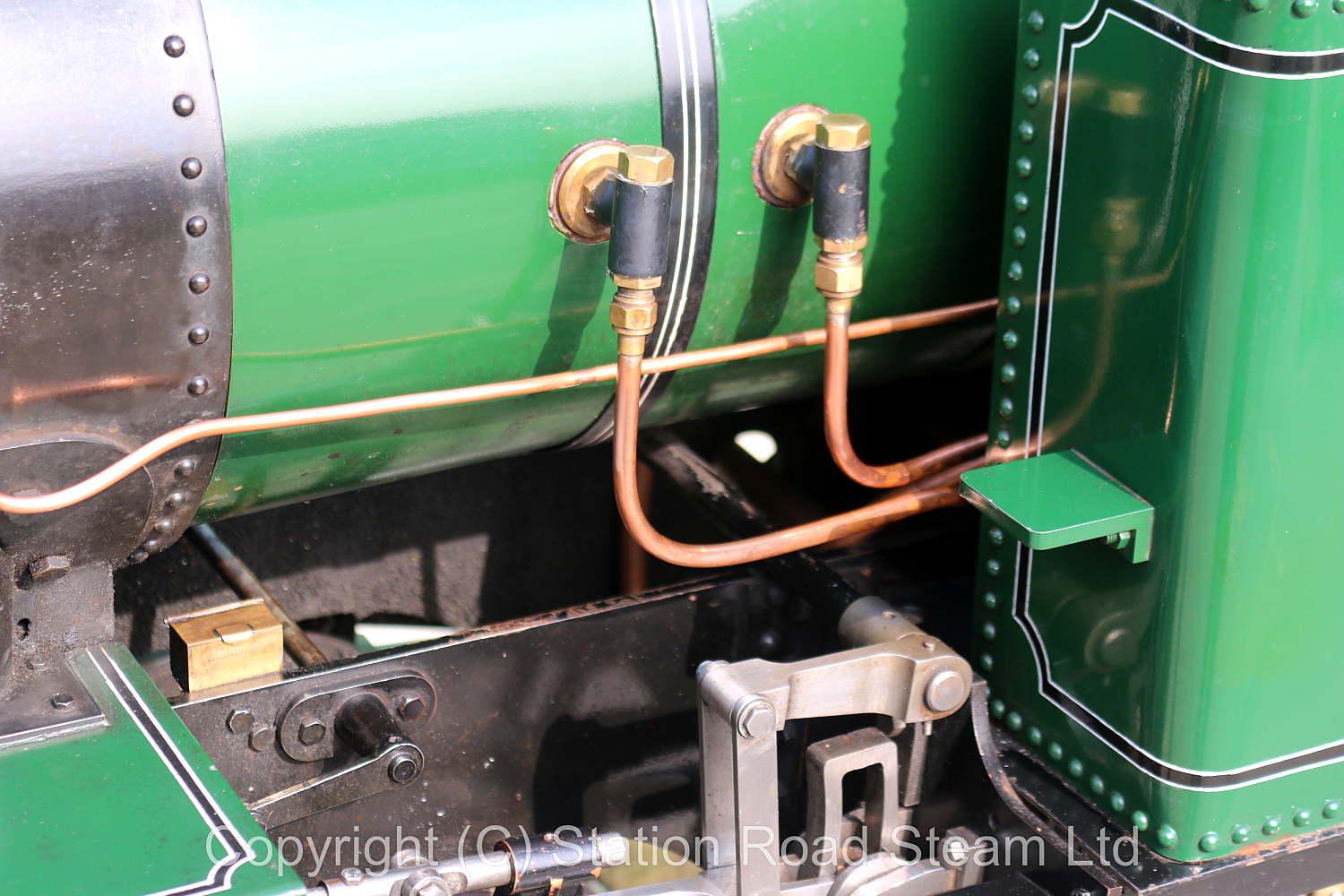 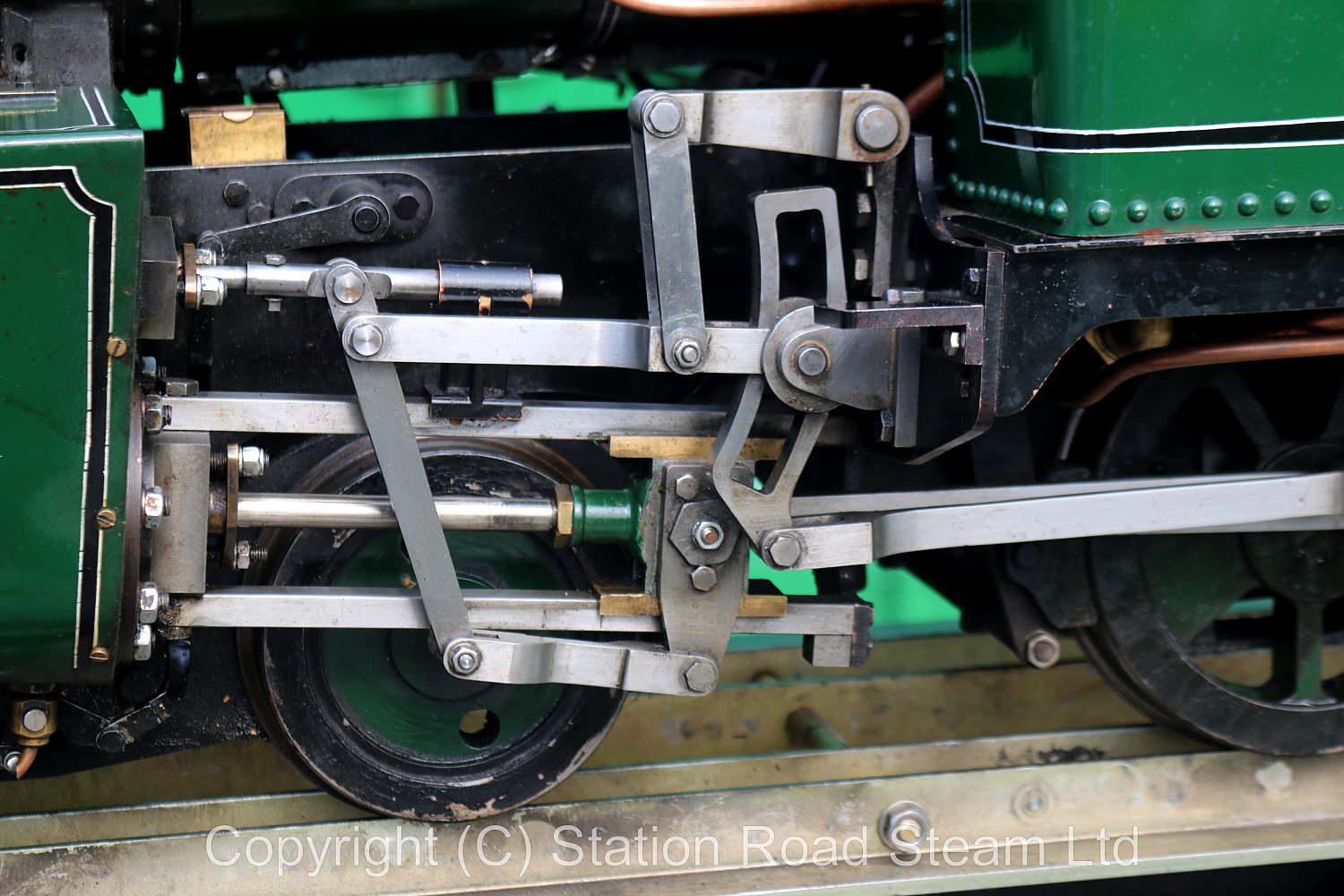 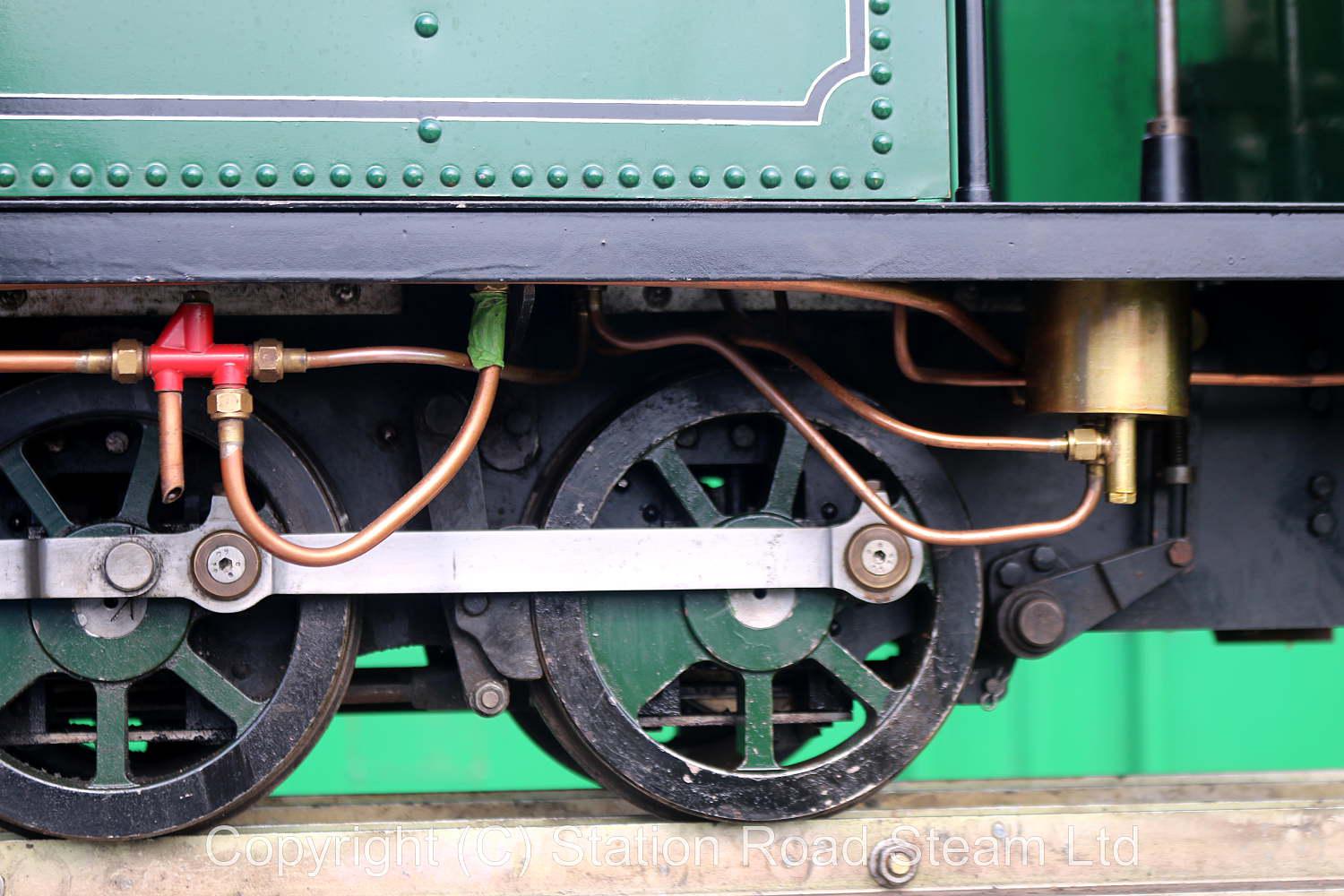 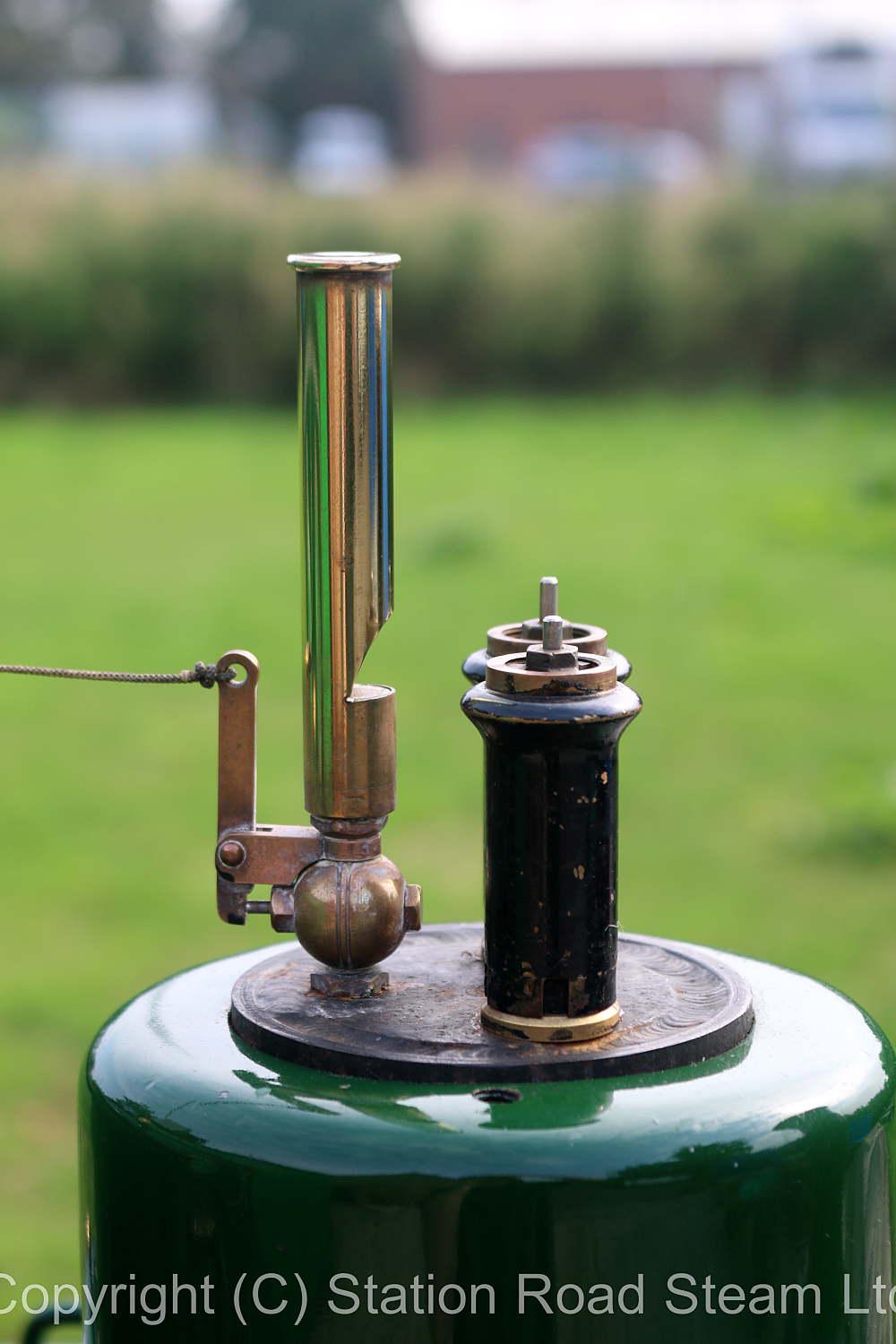 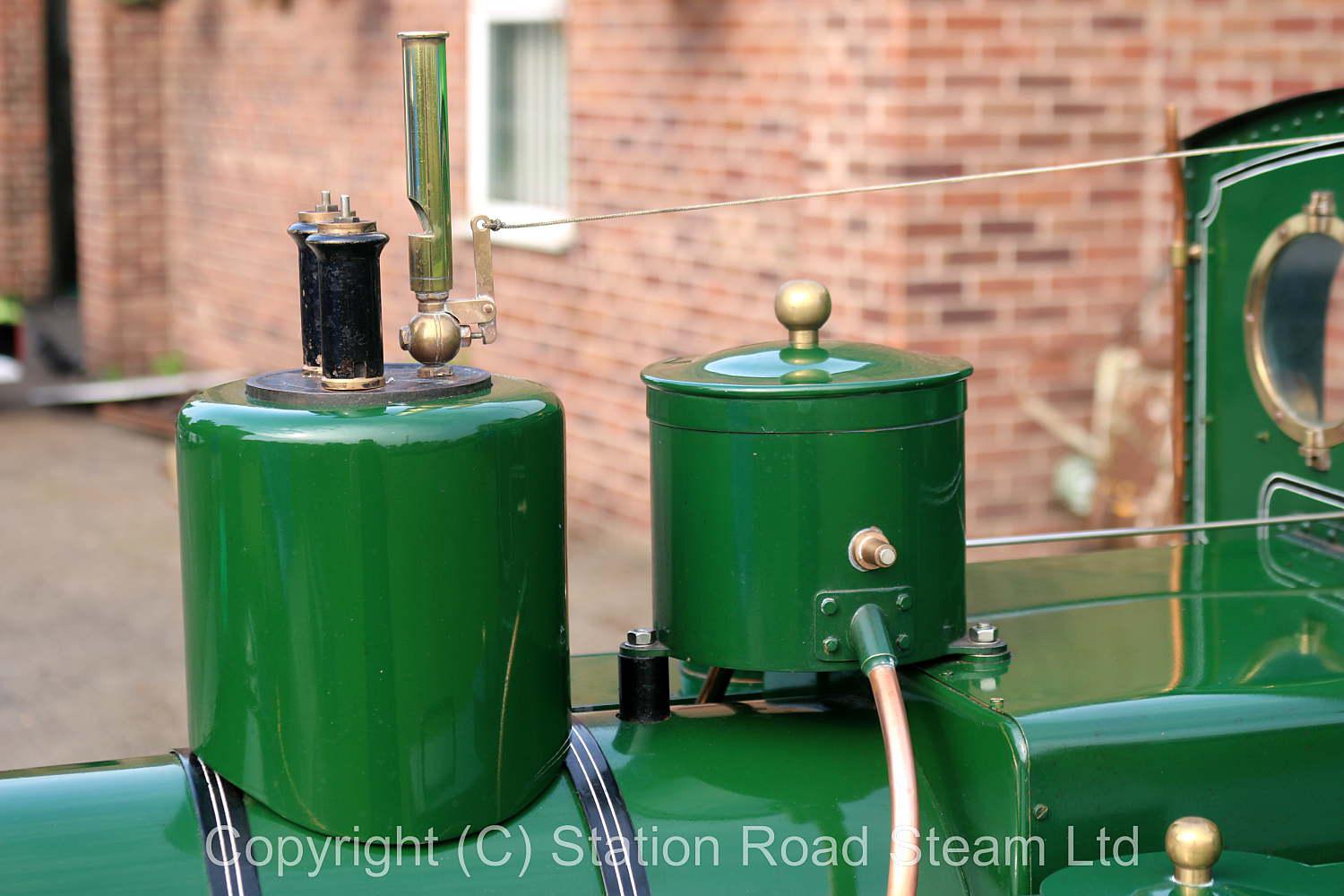 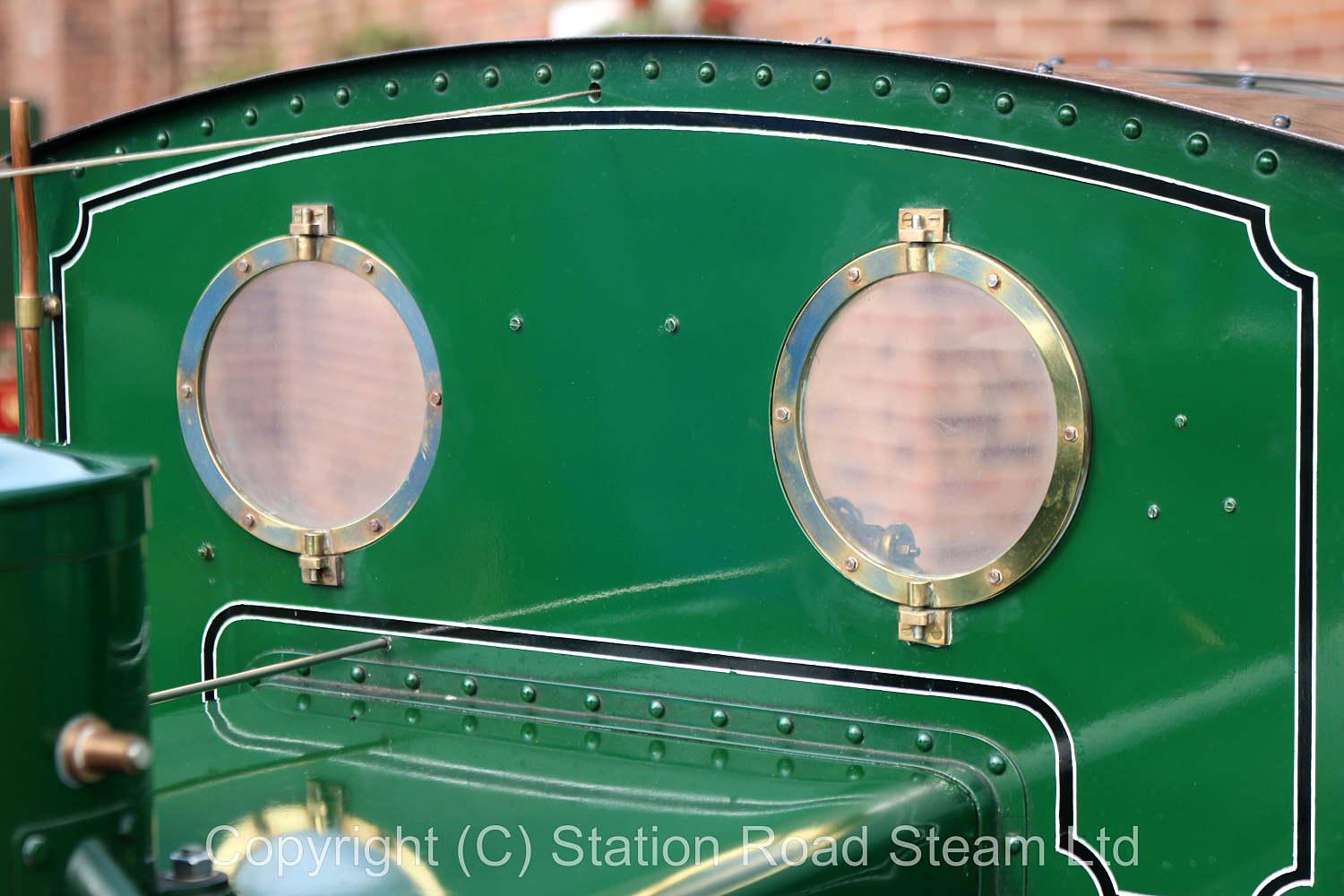 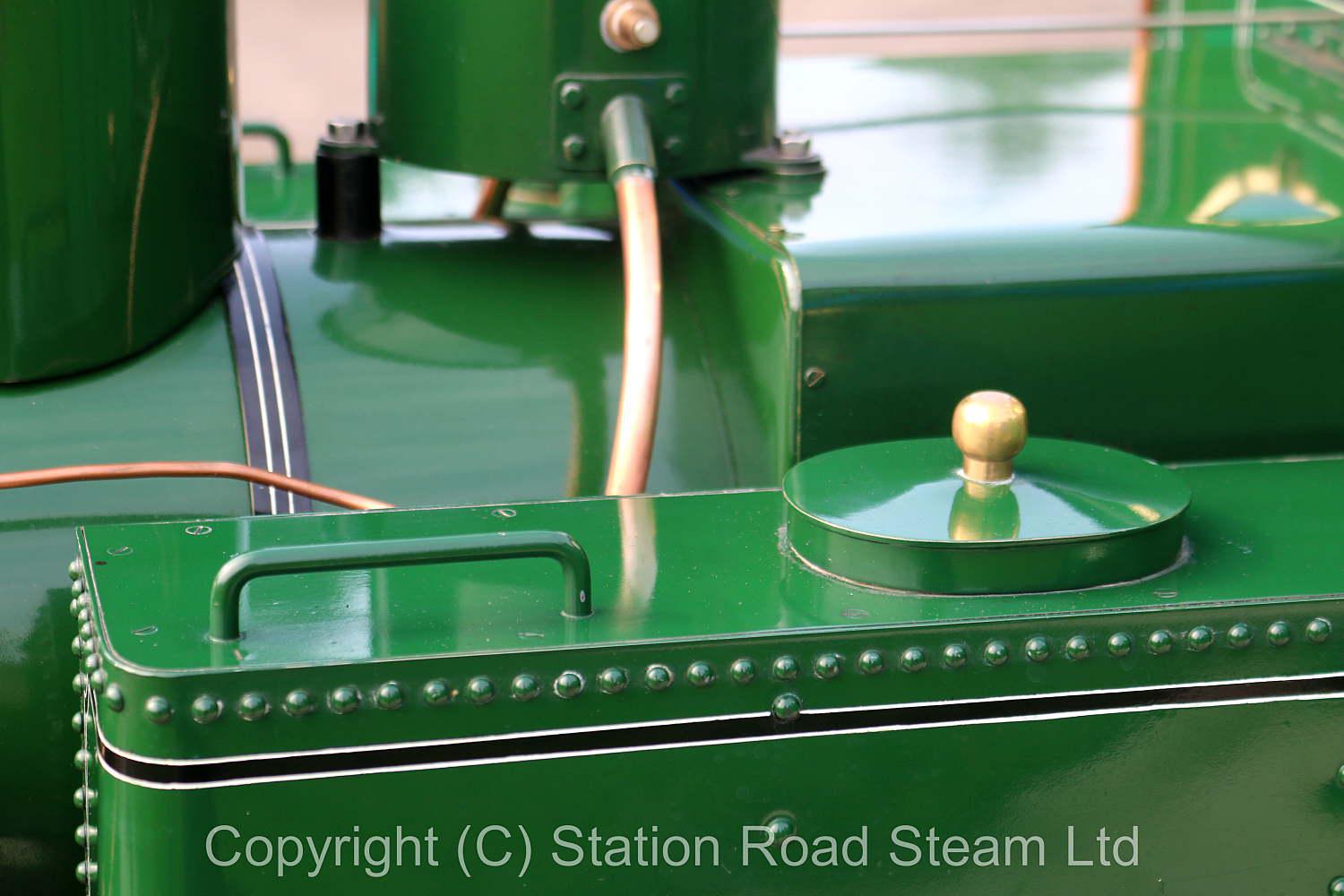 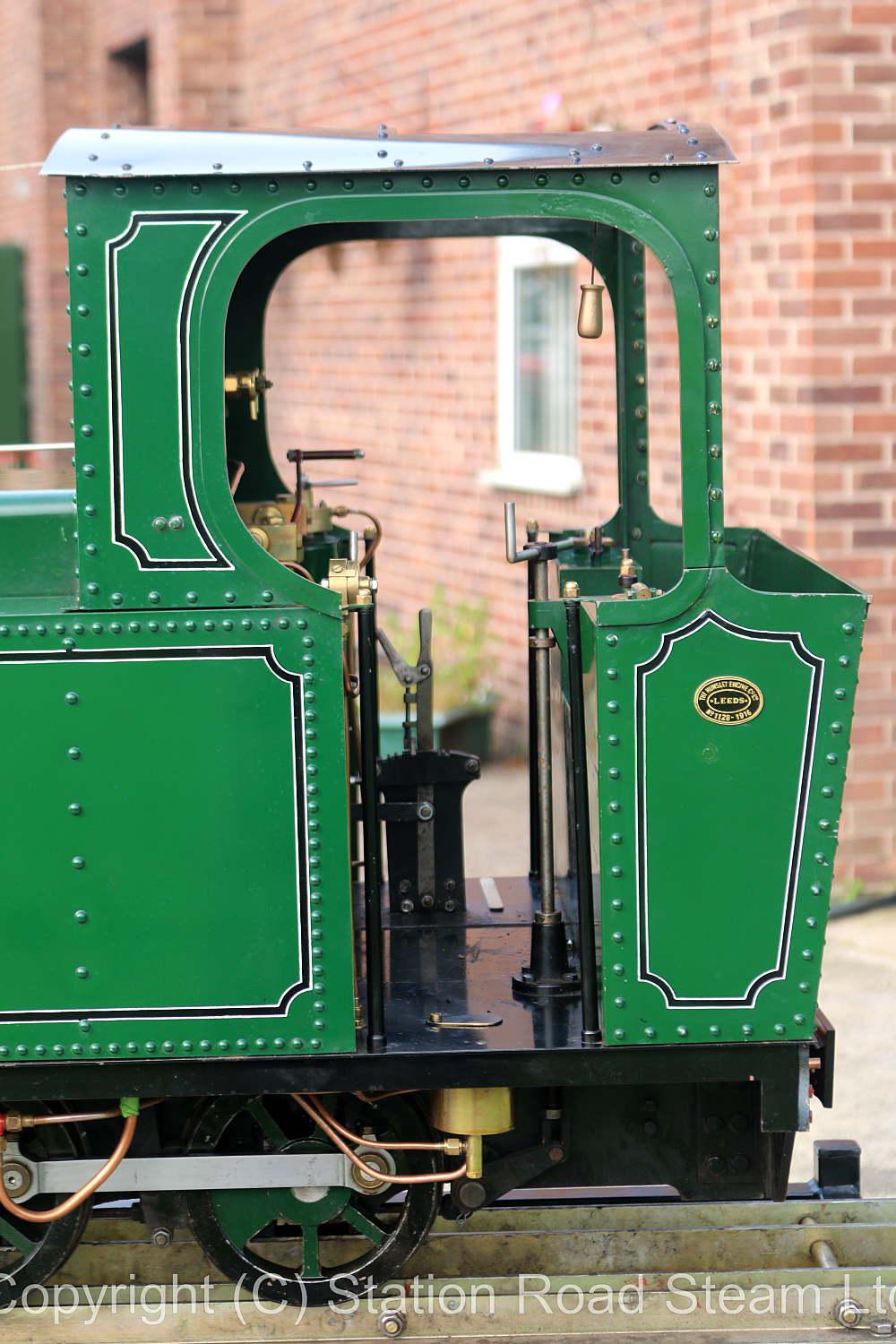 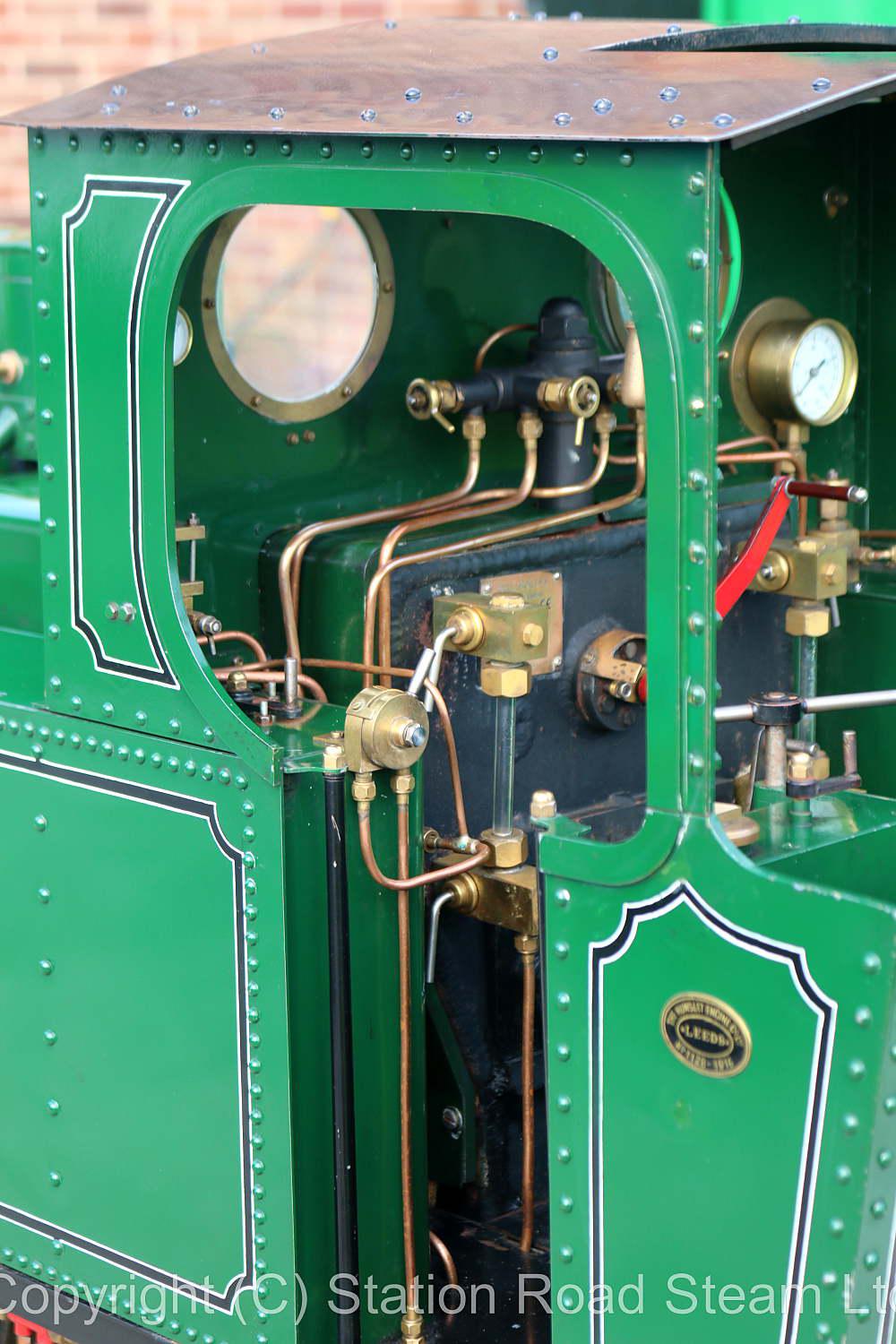 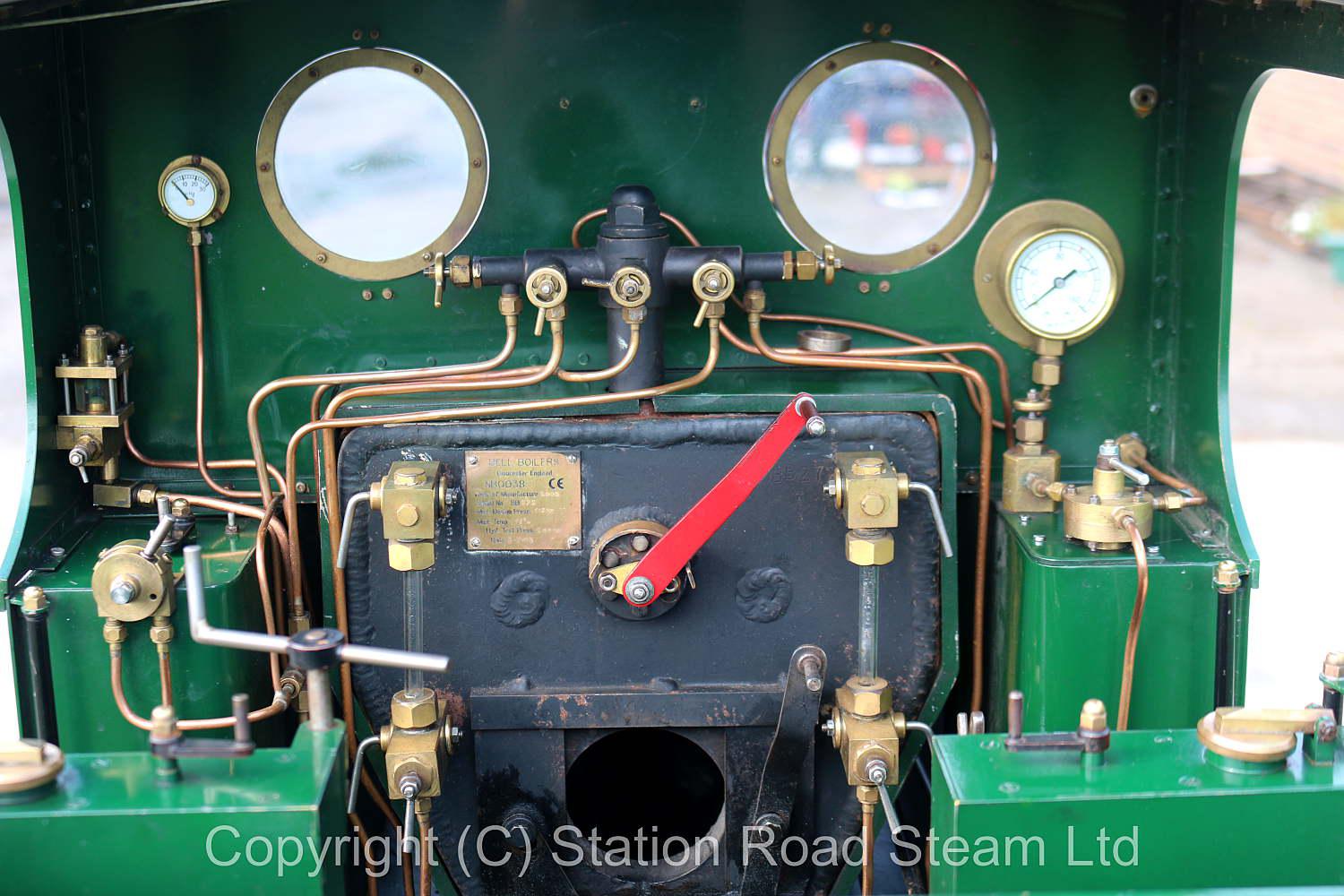 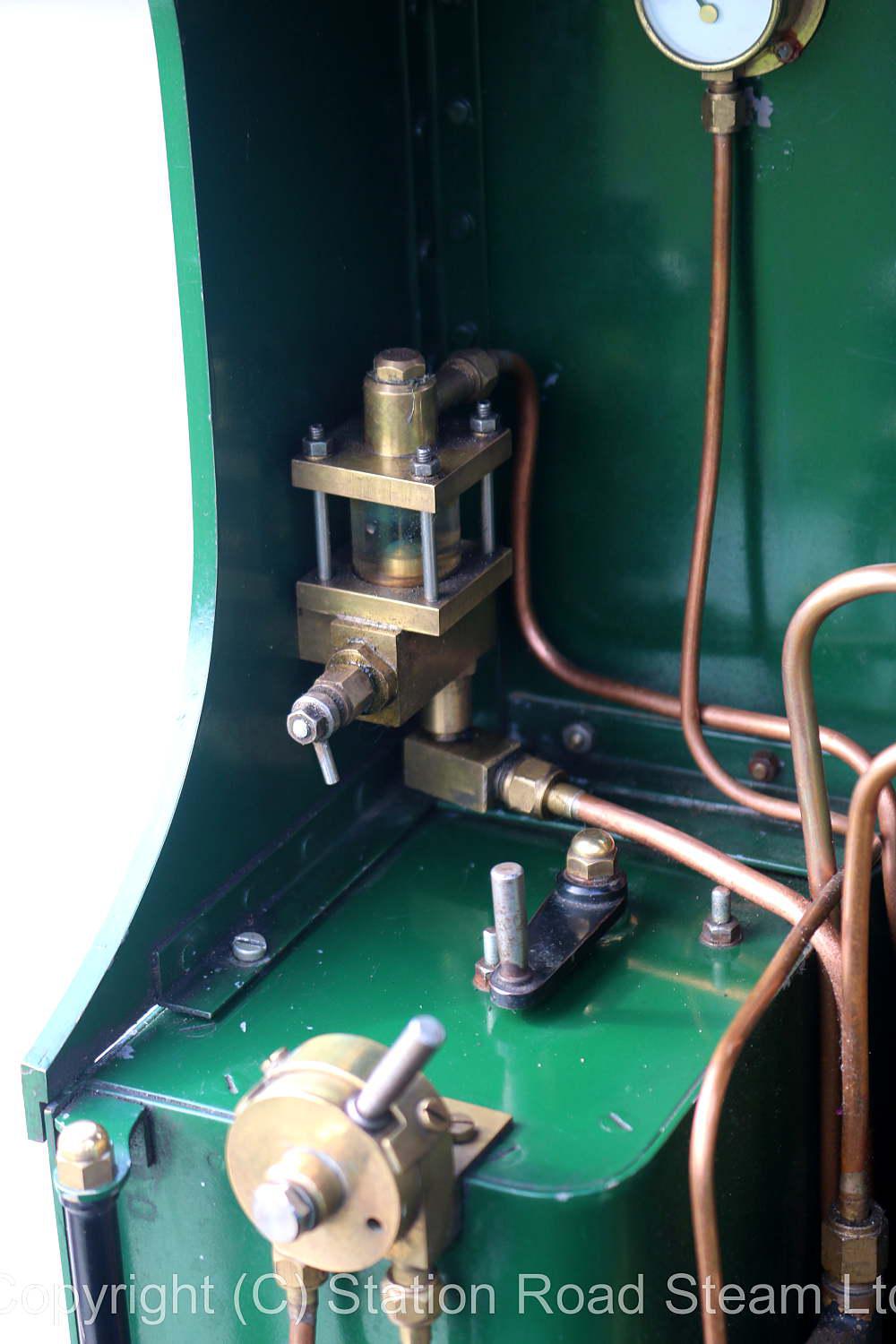 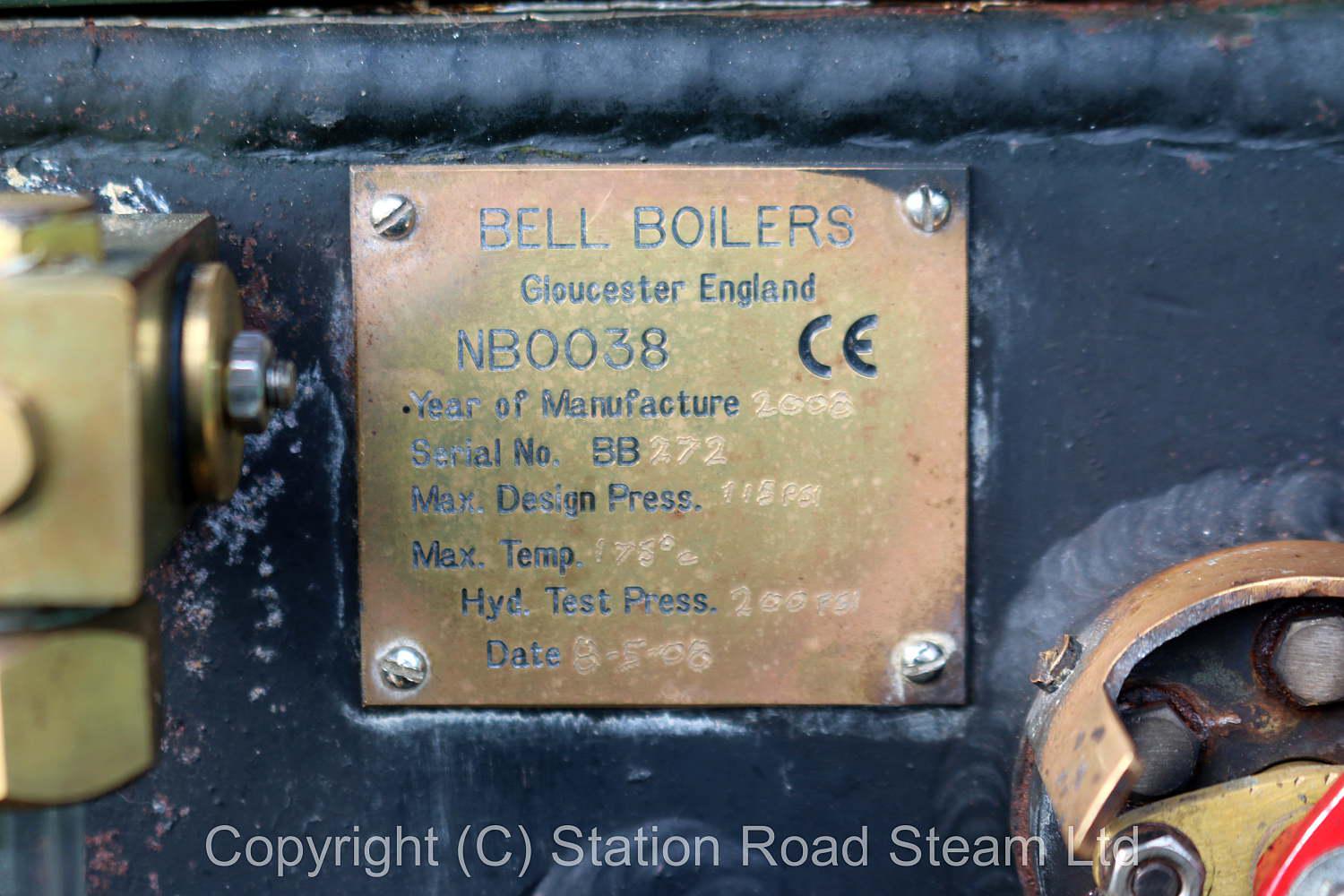 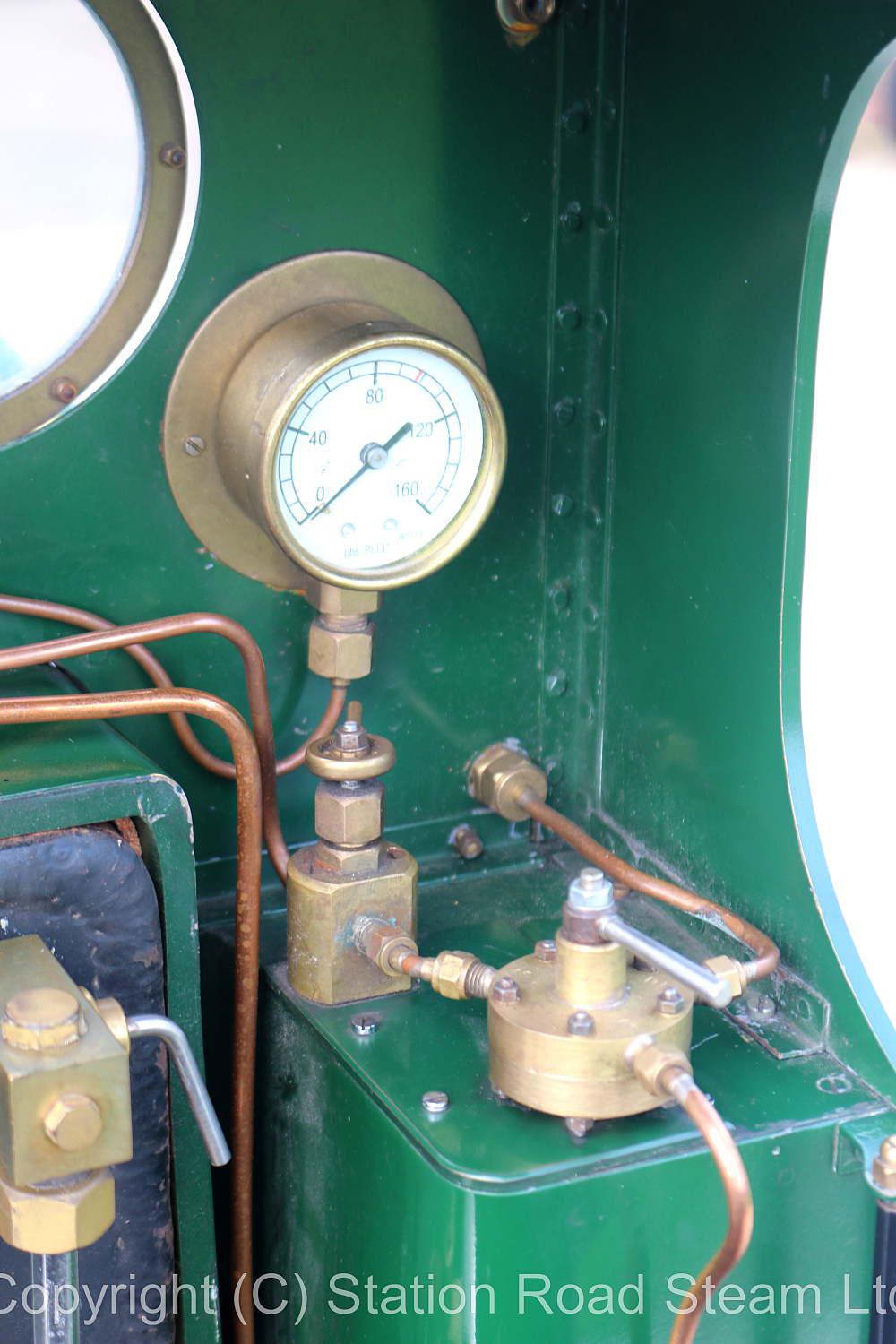 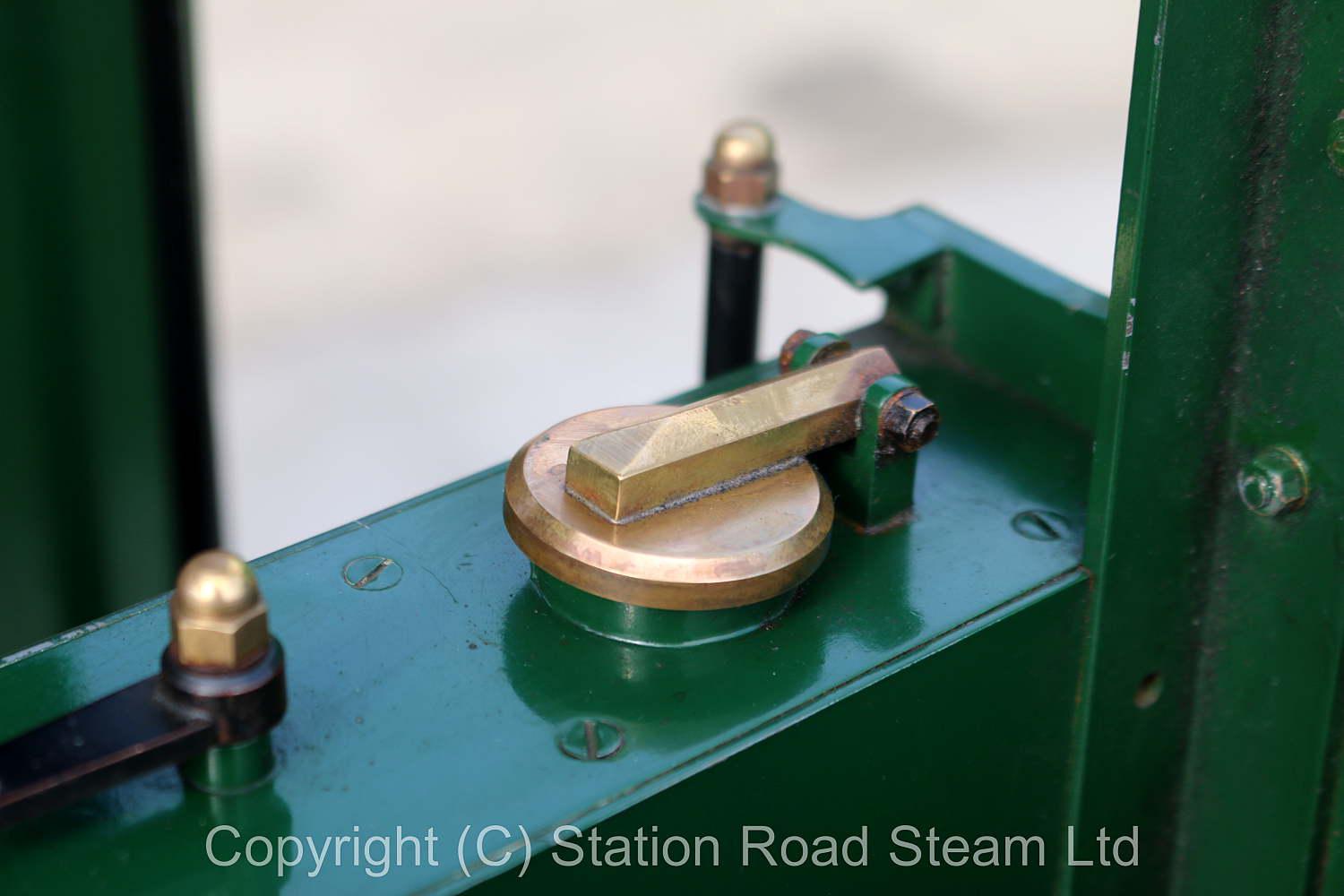 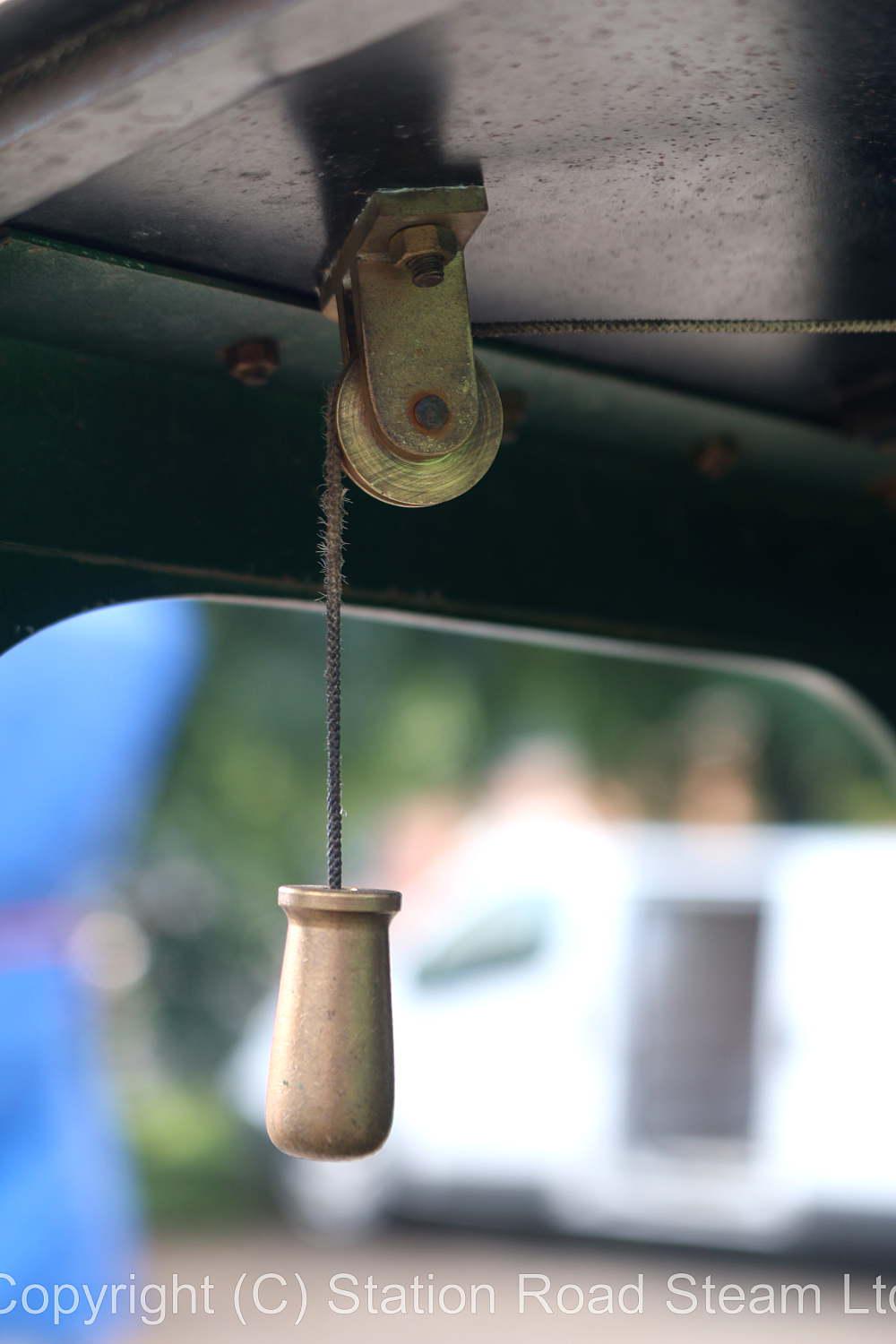 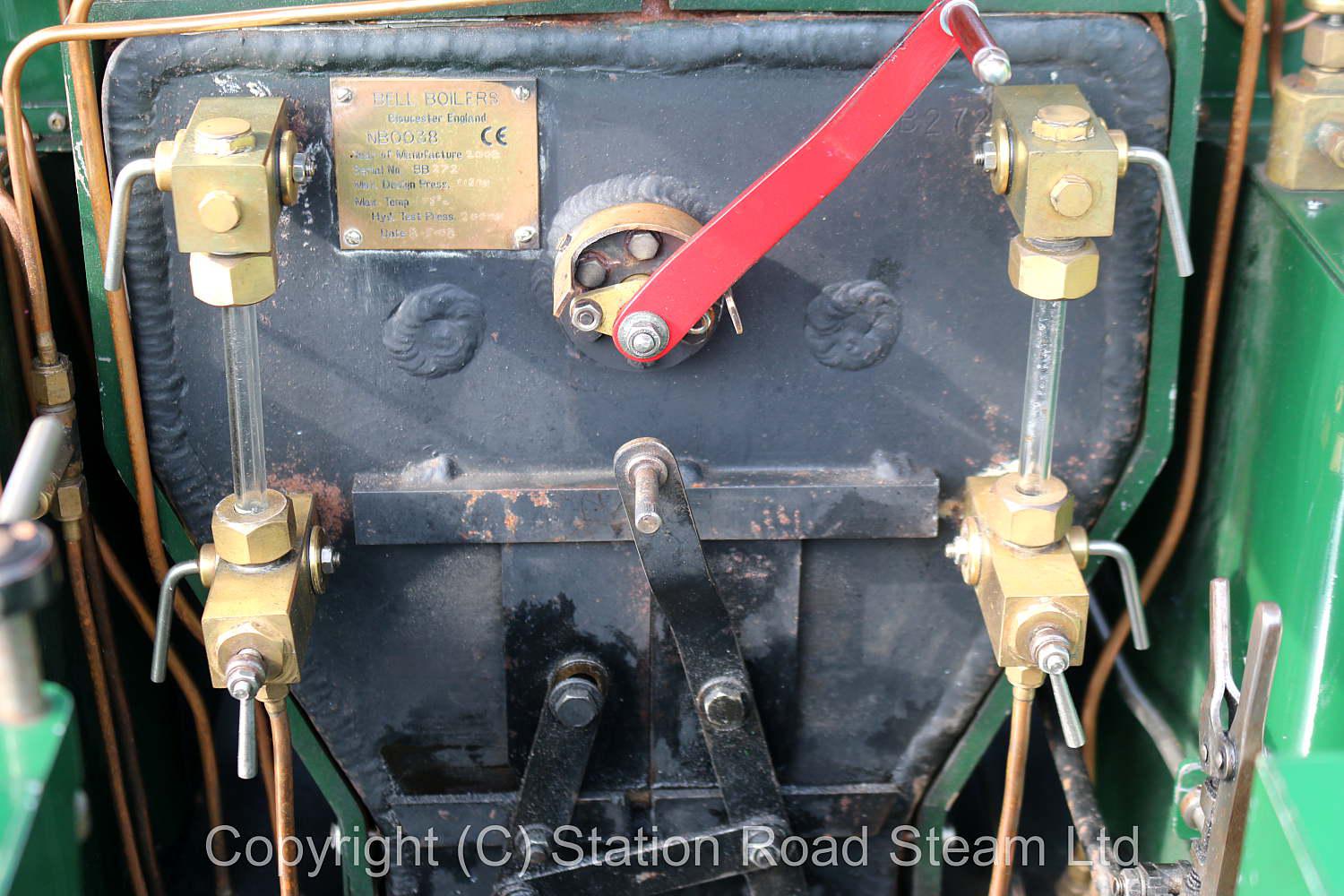 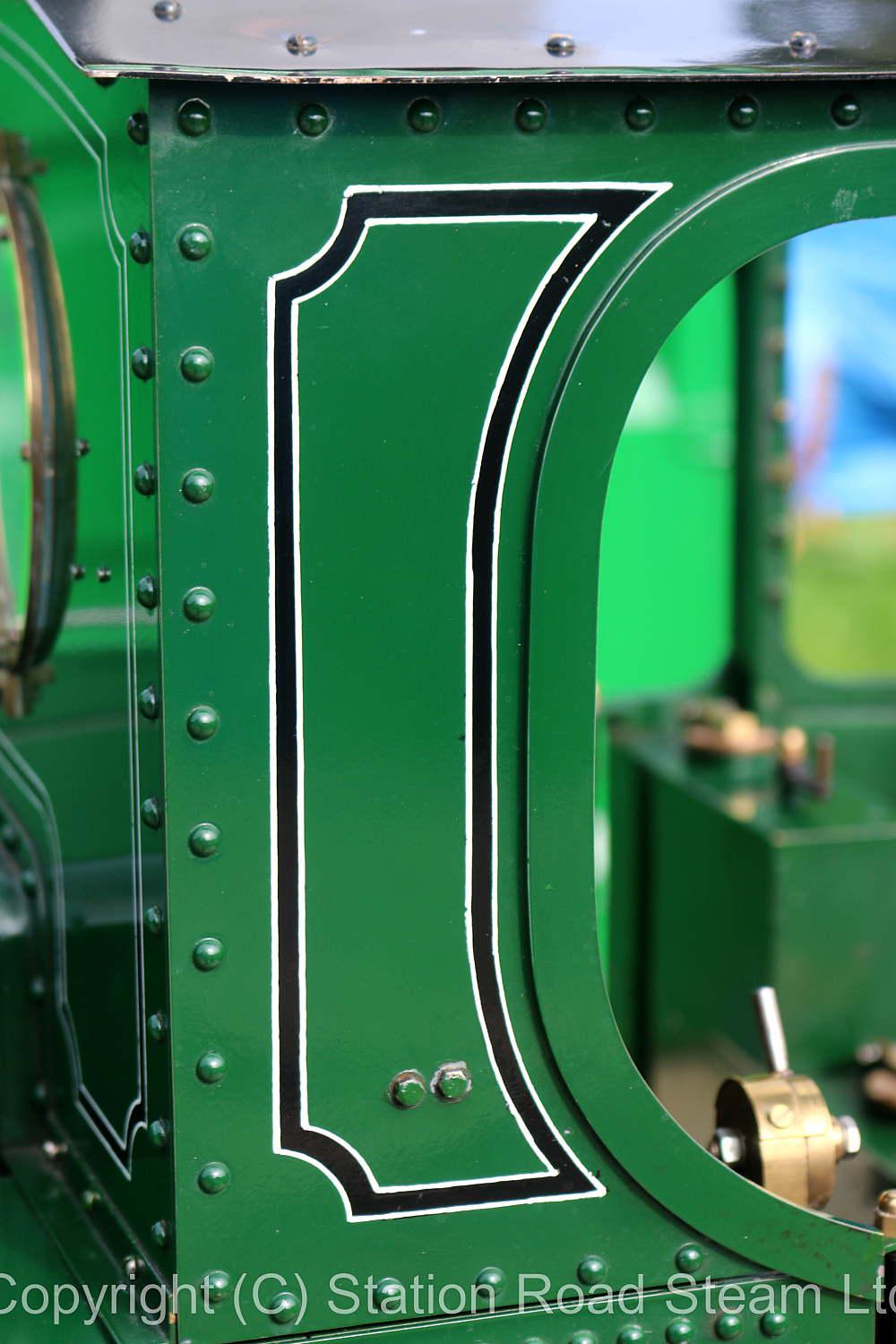 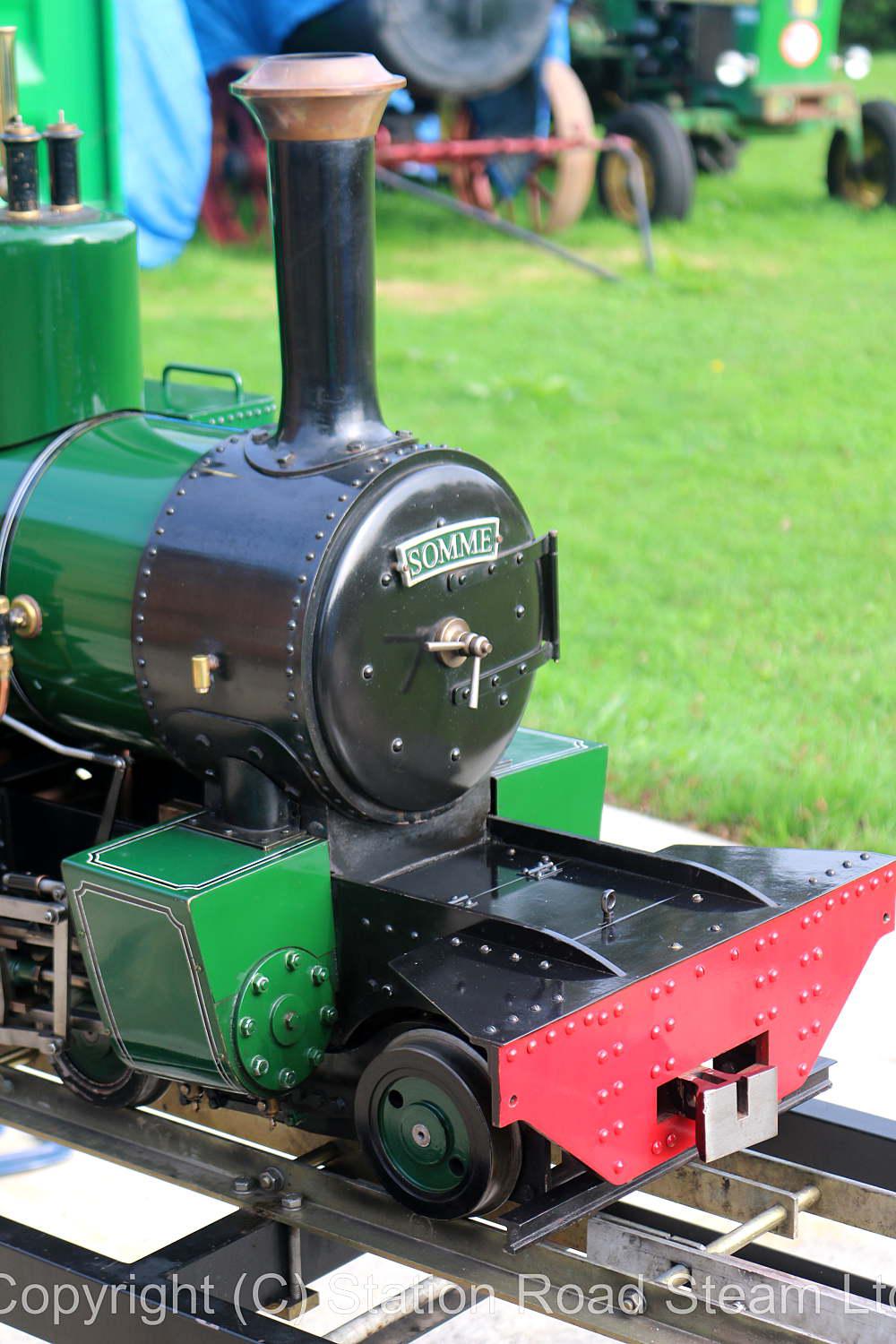 I first saw this Hunslet when visiting the builder a couple of years ago - my sort of engine: narrow gauge, nicely detailed (and green. I like green engines). Built from his own drawings and research, it's been a regular runner at his club where a combination of weight and number of wheels made for a capable passenger hauler. Modelled on one of the largest classes of narrow gauge locomotives built in this country, Hunslet turned out over 150 engines to this design during the First World War (at the same time as producing arms and munitions, in common with most other large engineering concerns).

Welded steel boiler with expanded tubes by Bell Boilers, 100psi working pressure, feed by twin injectors and twin ram axle pump mounted under the footplate. Cast iron cylinders with slide valves actuated by Walschaert's gear, pole reverser in the cab. Displacement lubricator with sight feeder, it works very nicely with a fine threaded adjuster allowing the "drops per minute" to be set to a nicety, rather than fiddling around for ages with nothing coming through followed by a great glob of steam oil filling the glass completely.

As might be expected, having run several seasons in the hands of its builder, the engine is in super condition and well sorted - the injectors are a joy to use, regulator is smooth in operation, the steam valves are neatly laid out and fall readily to hand.

It's had hydraulic and steam tests in the last few days - the boiler is in excellent condition (it was even still fitted with the boilermaker's solid blanking plug rather than a fusible variety...), the engine runs well. There's a short piece of video of Connor running on an even shorter piece of track outside the workshop this afternoon in the rain here.