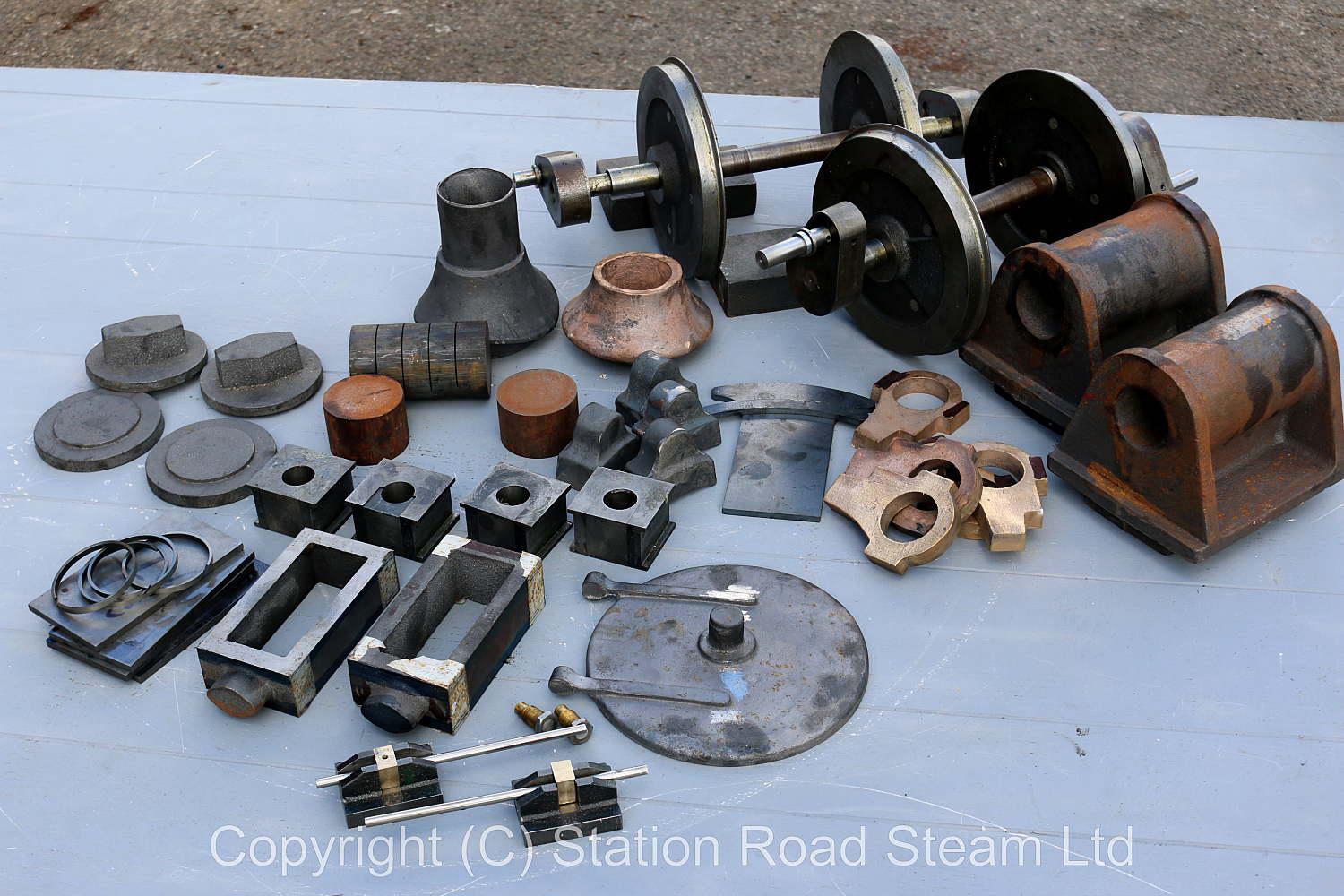 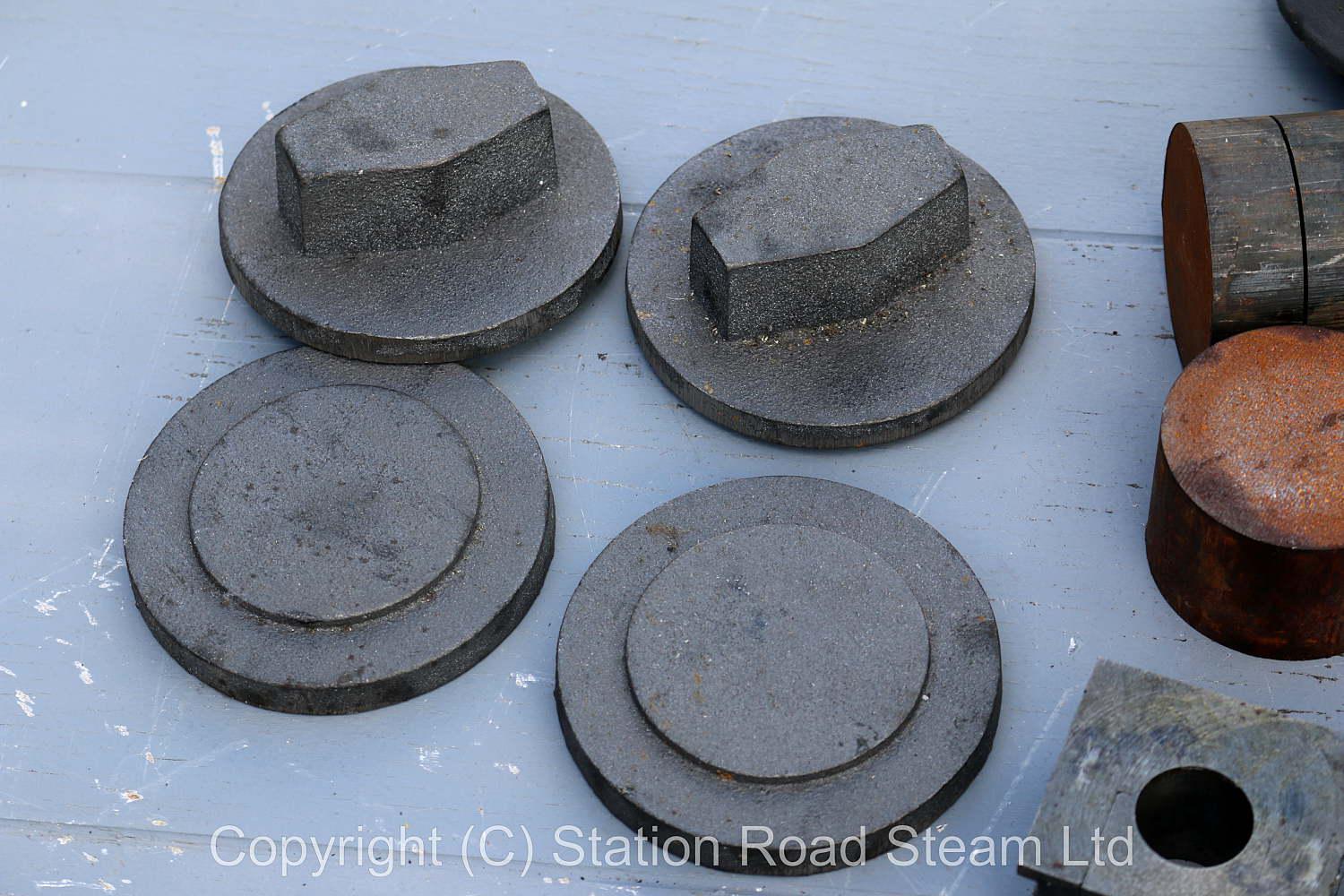 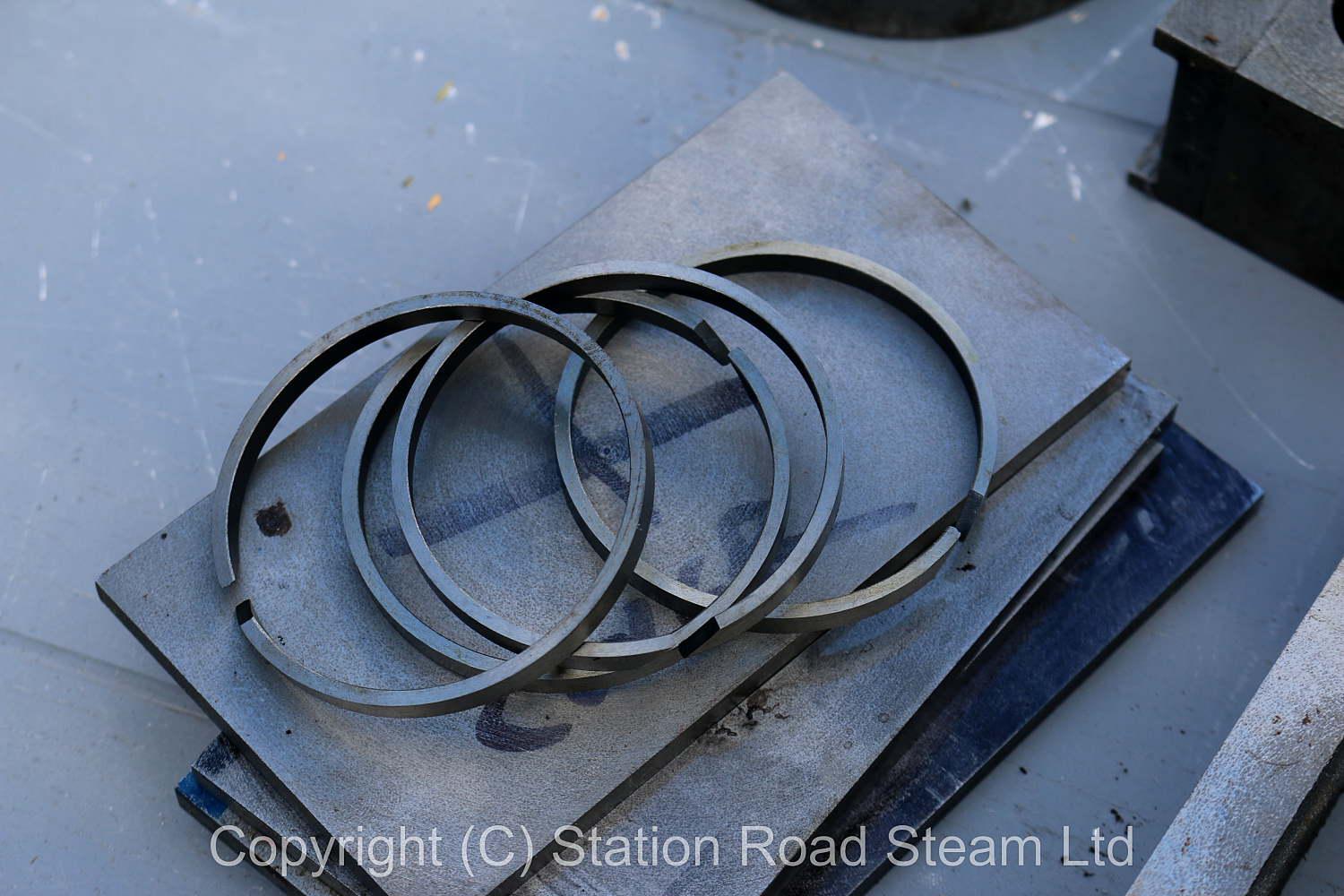 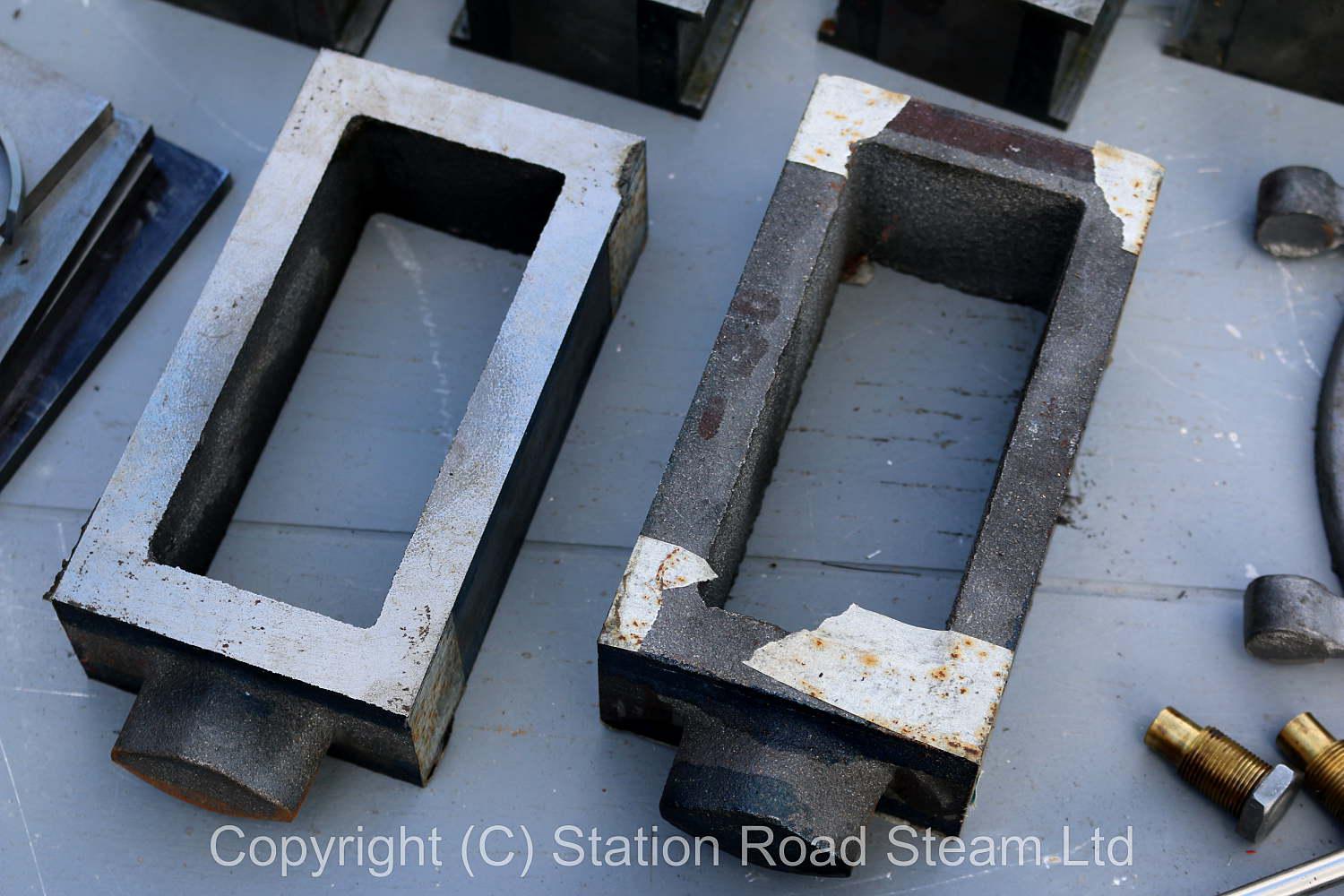 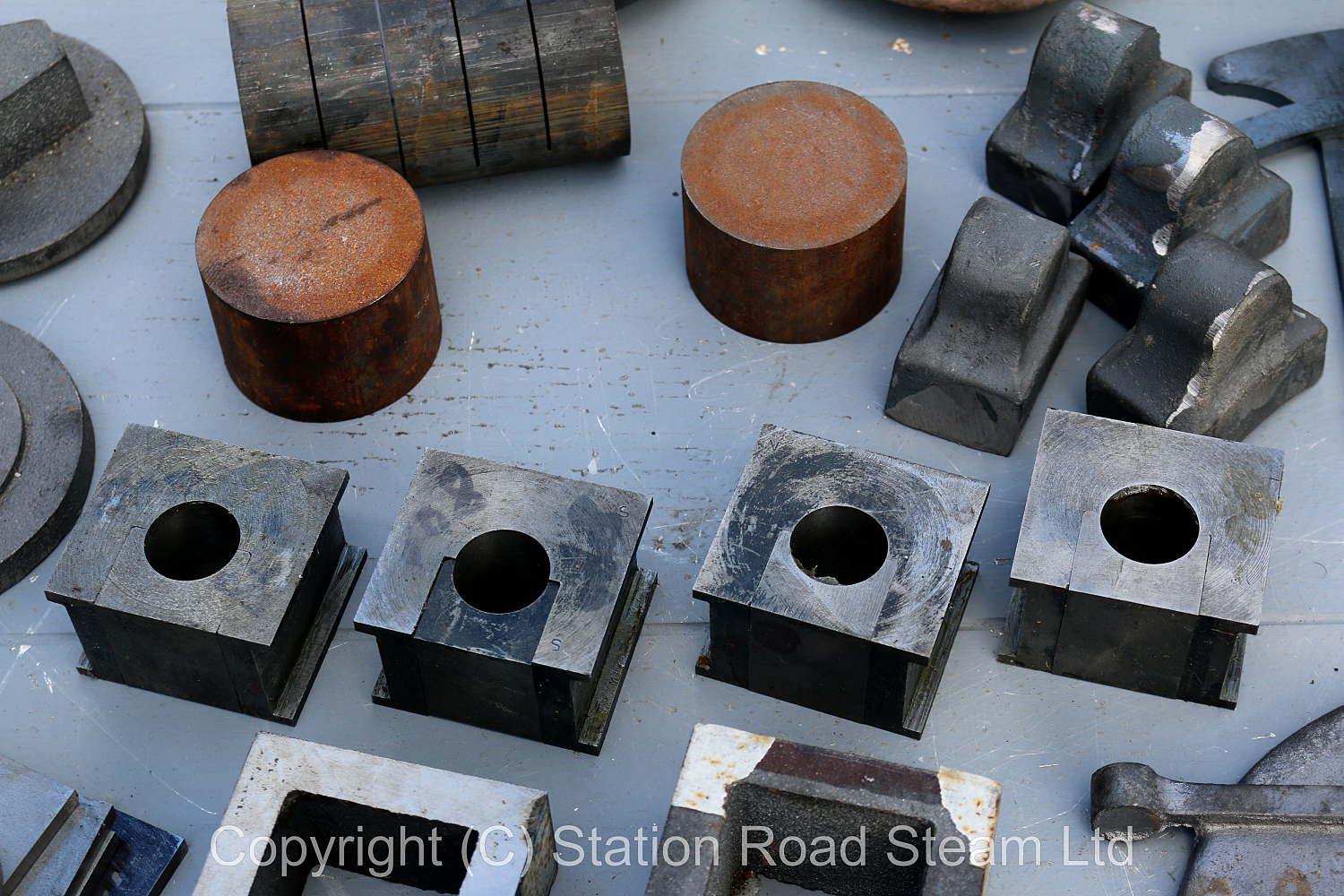 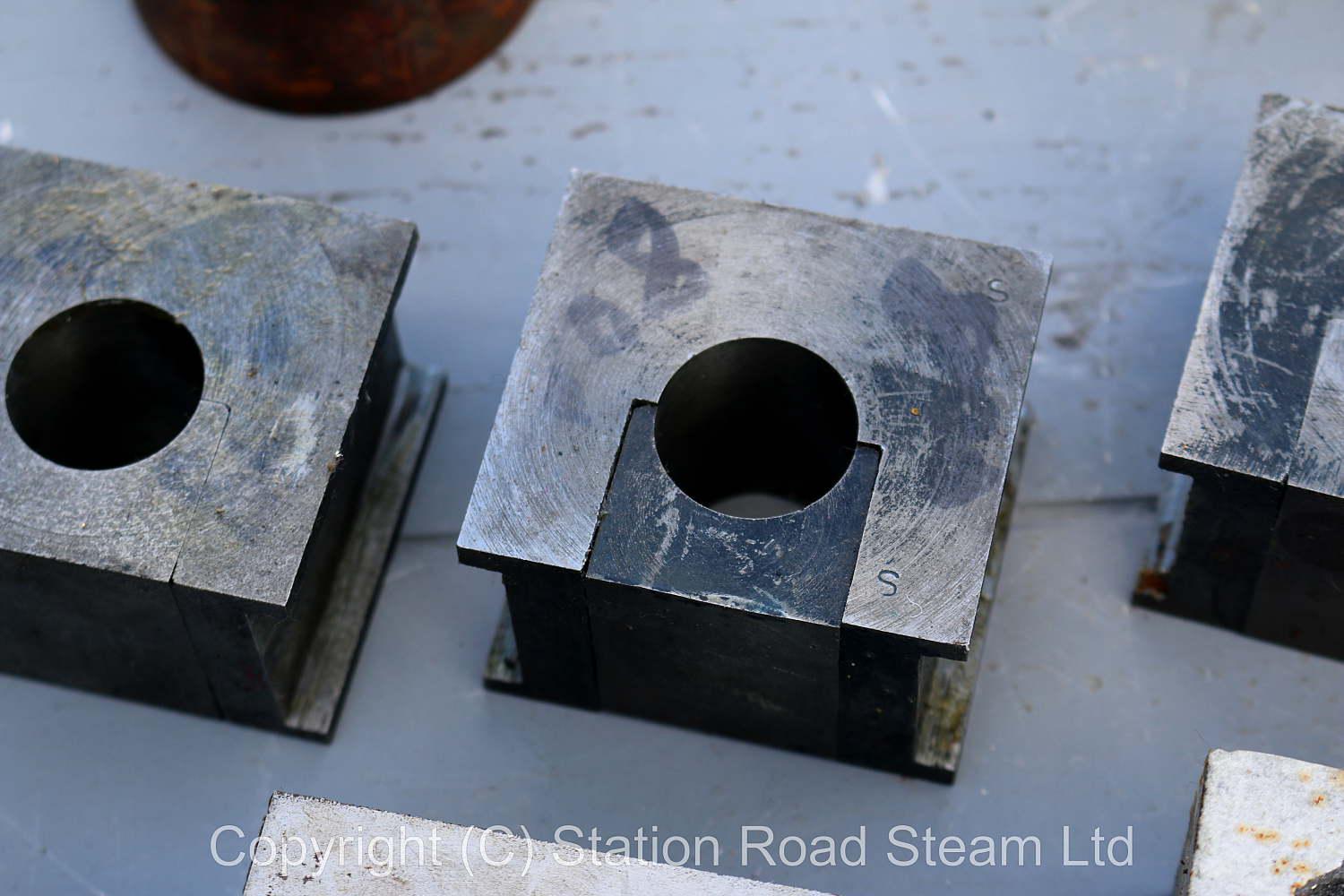 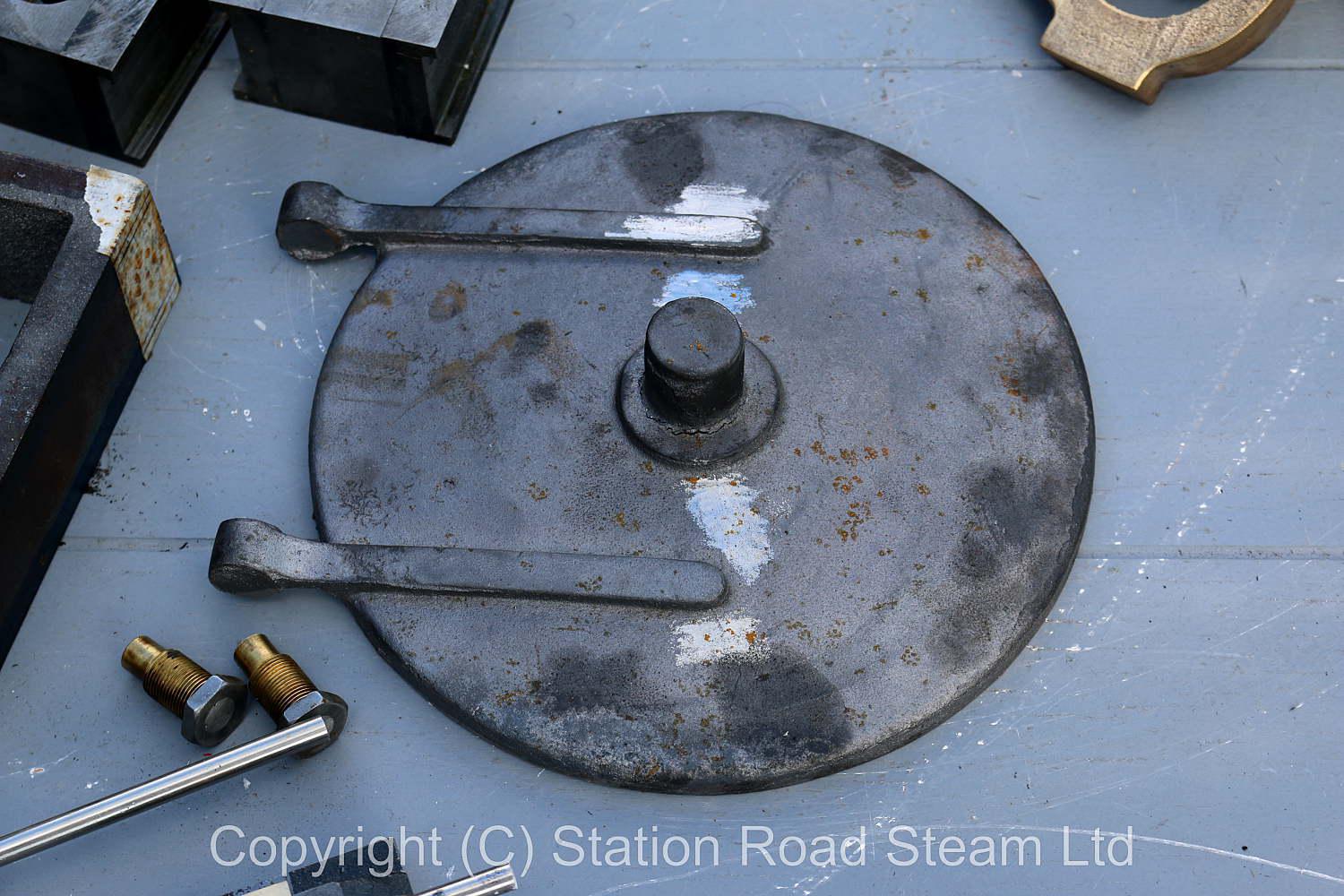 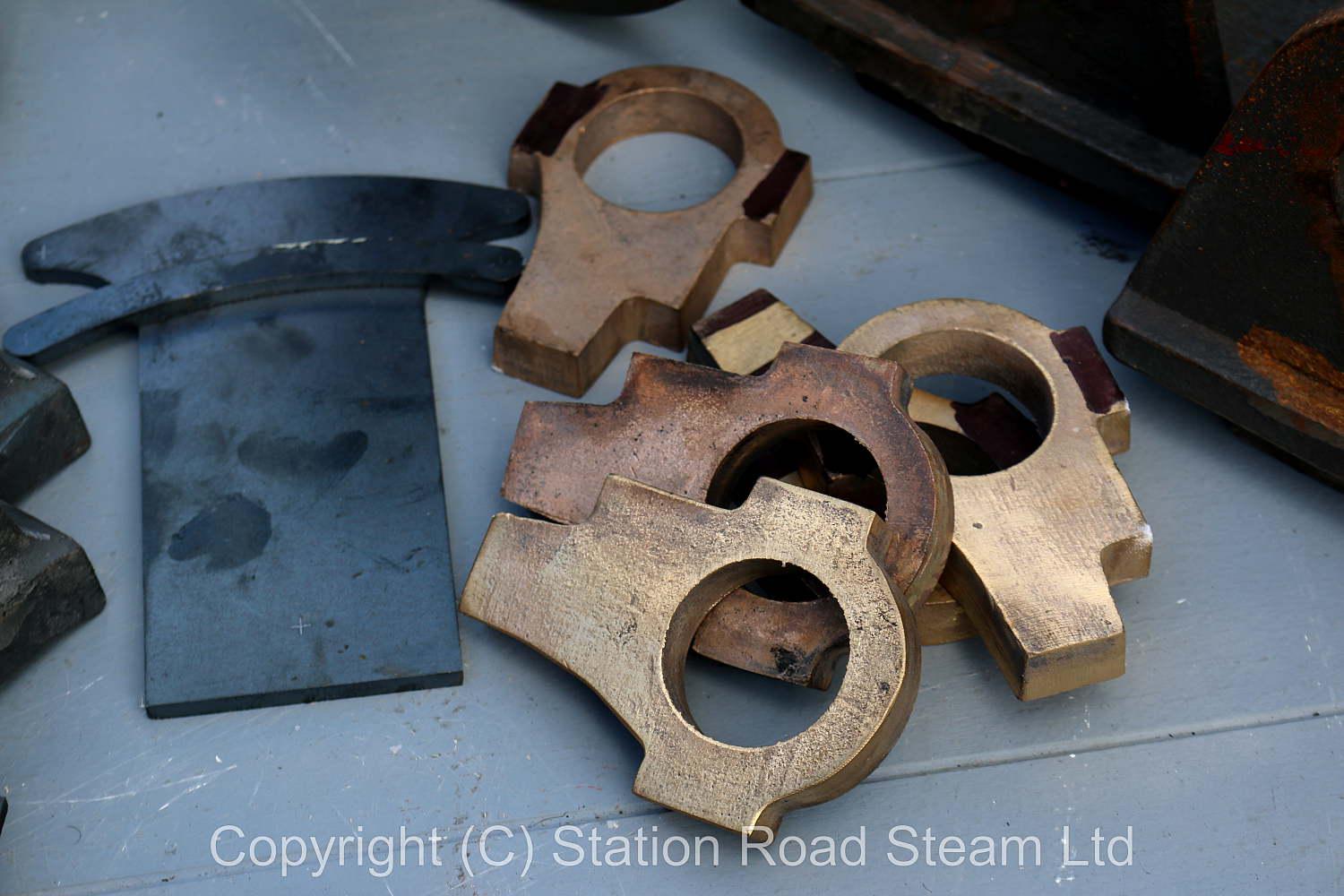 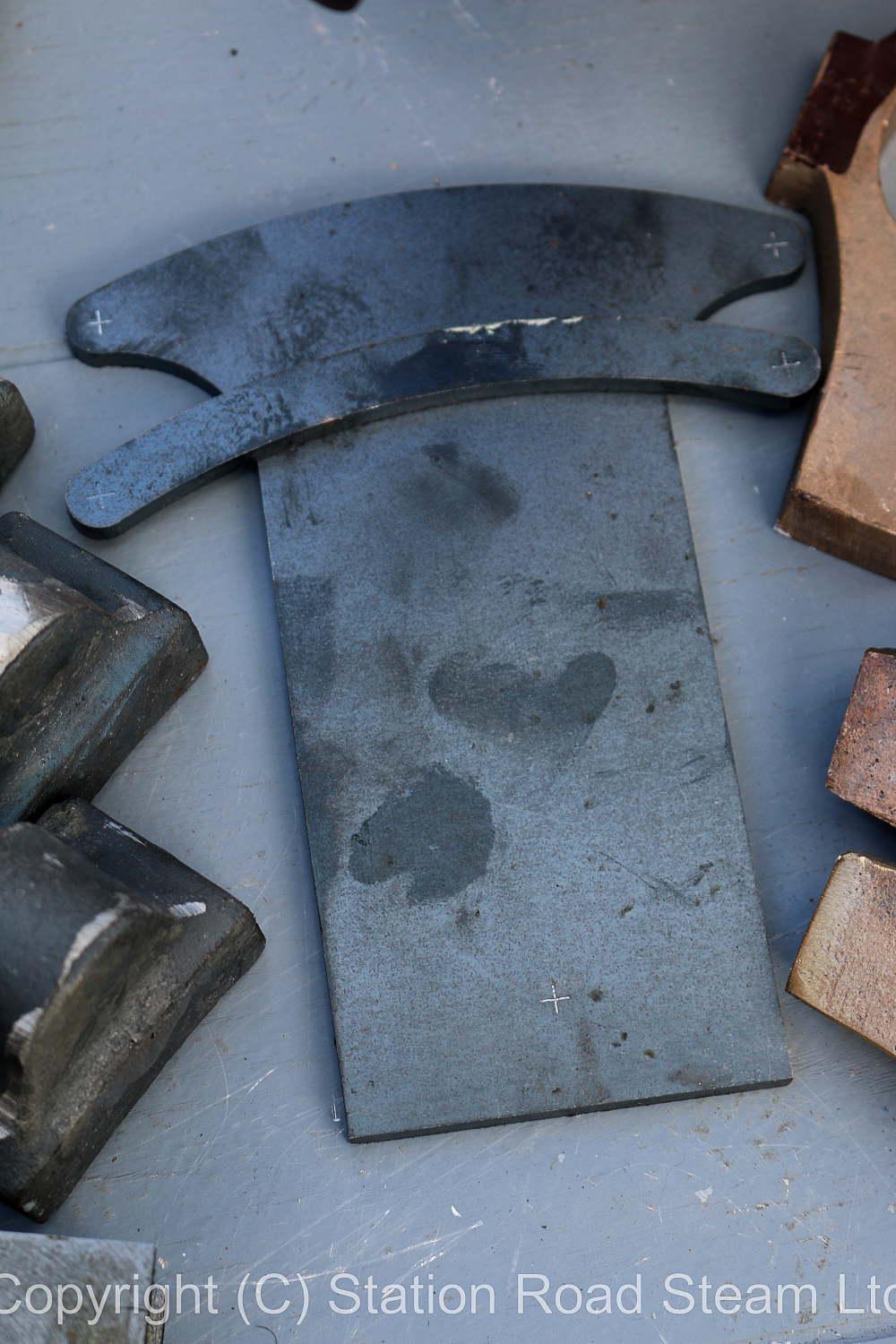 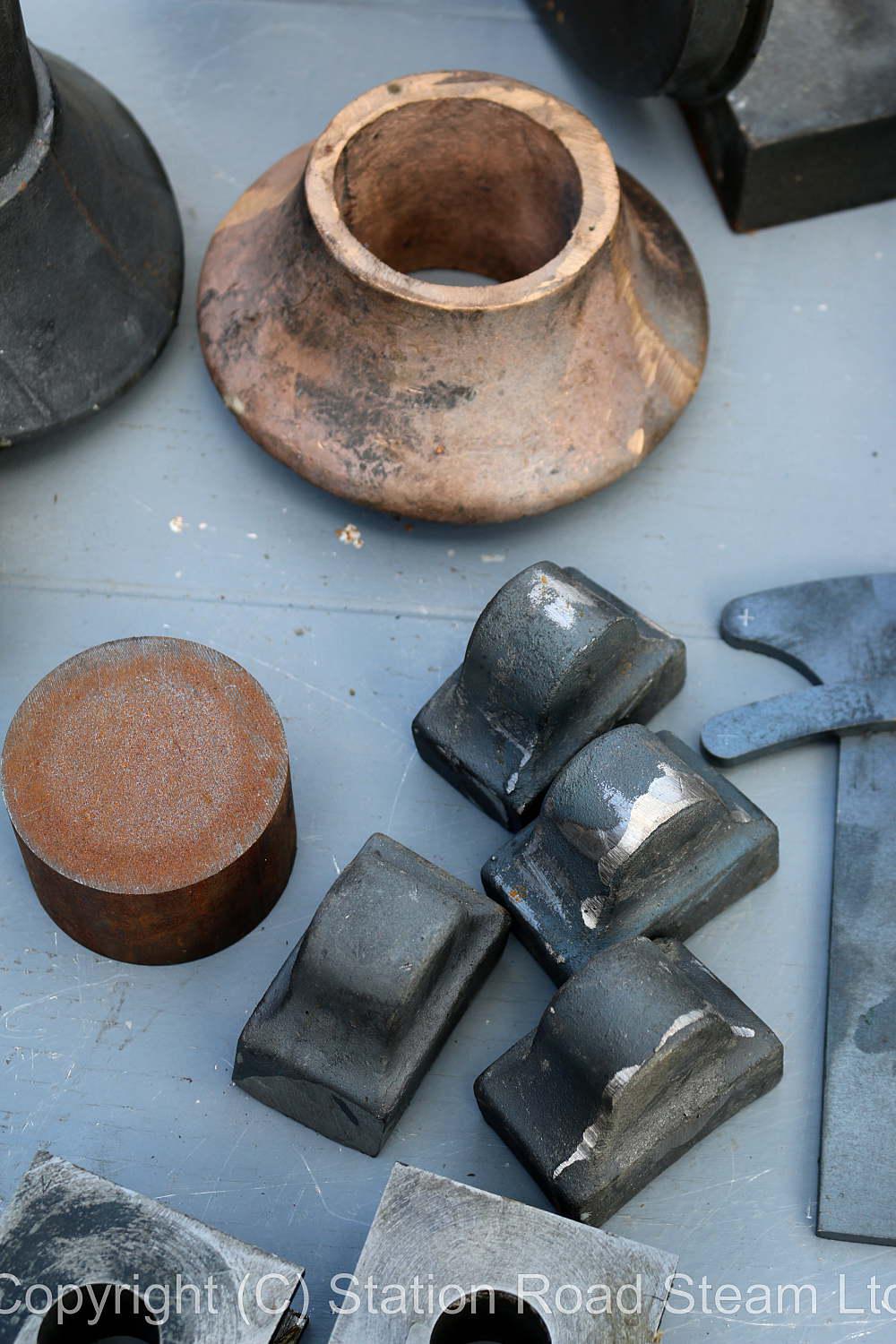 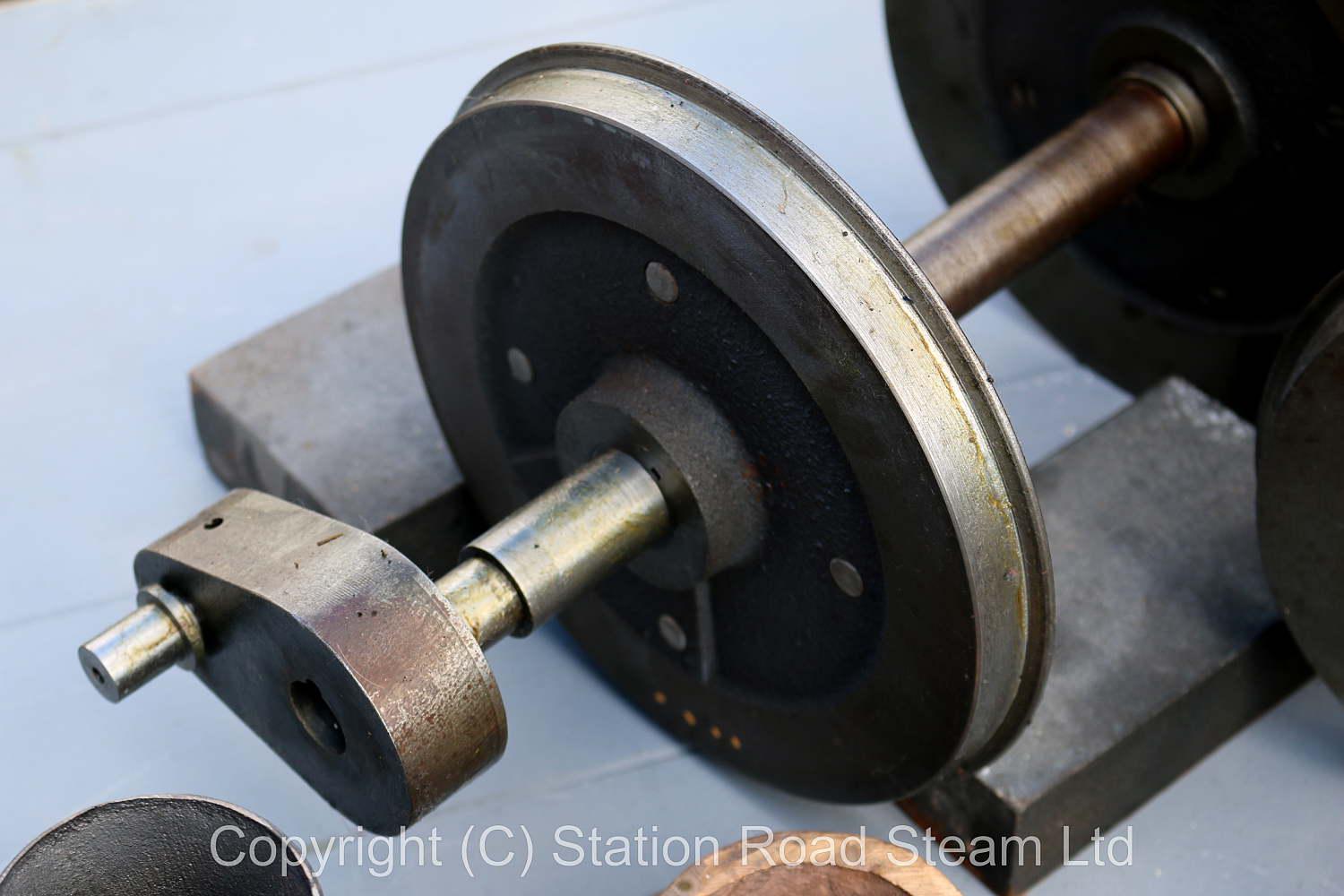 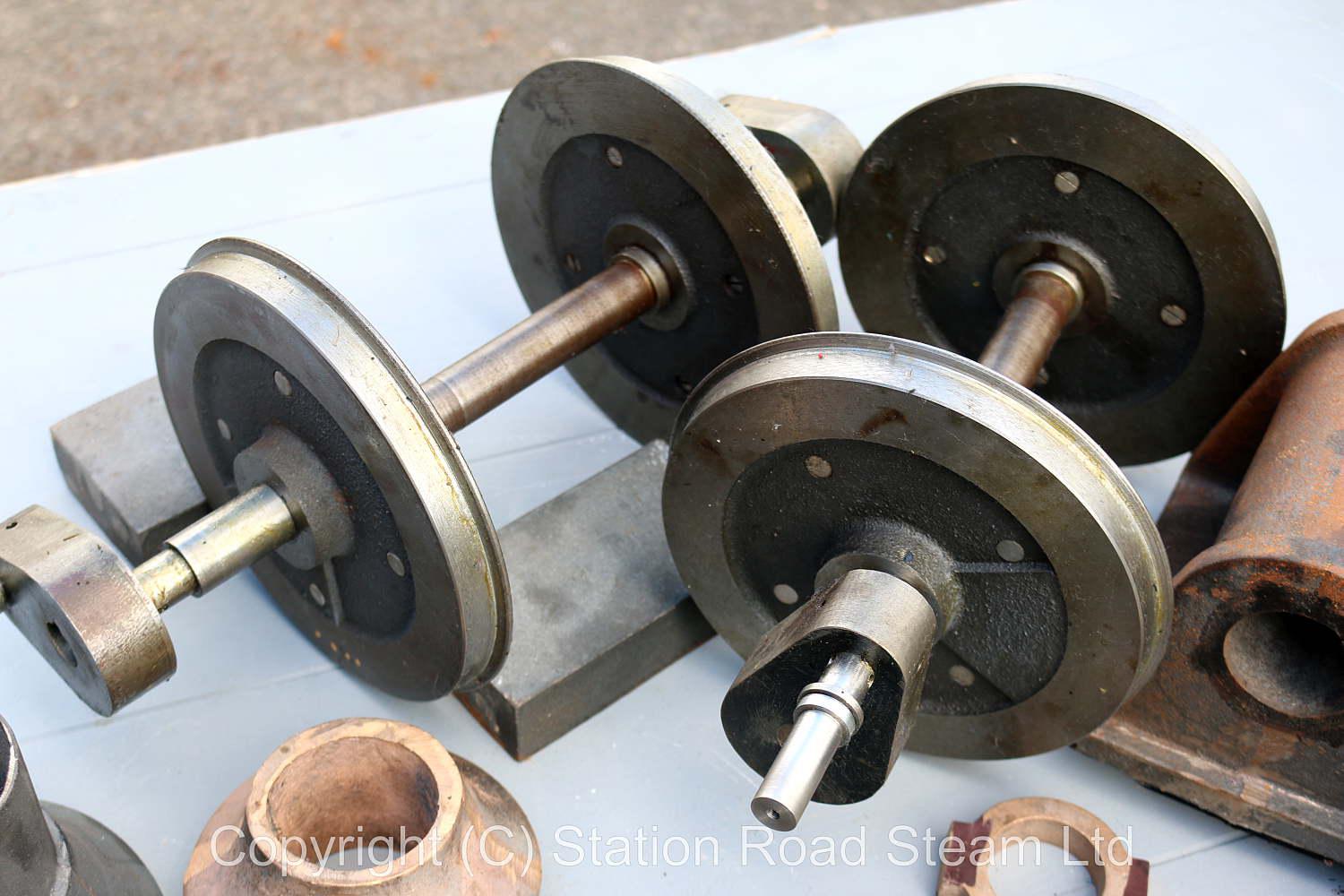 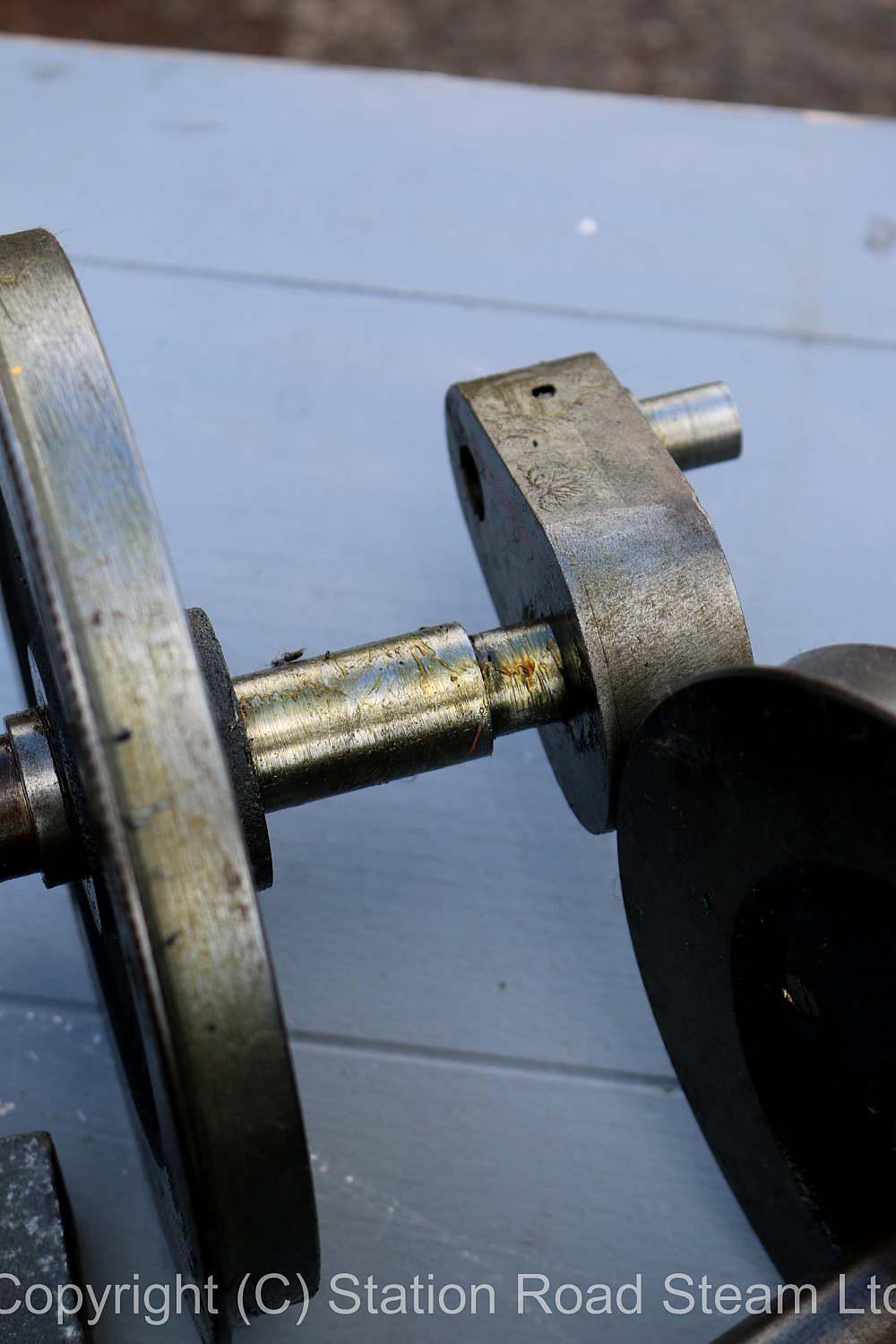 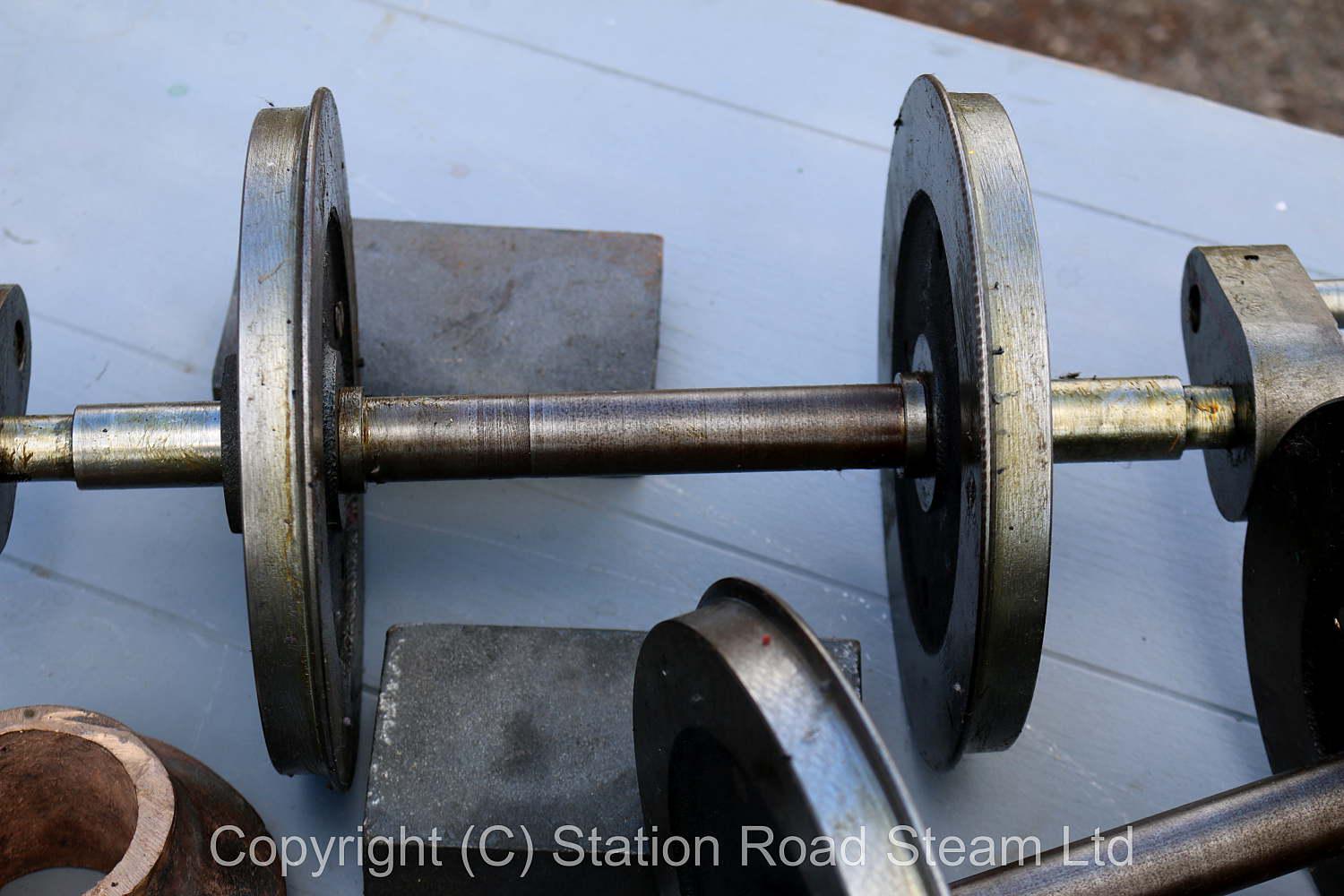 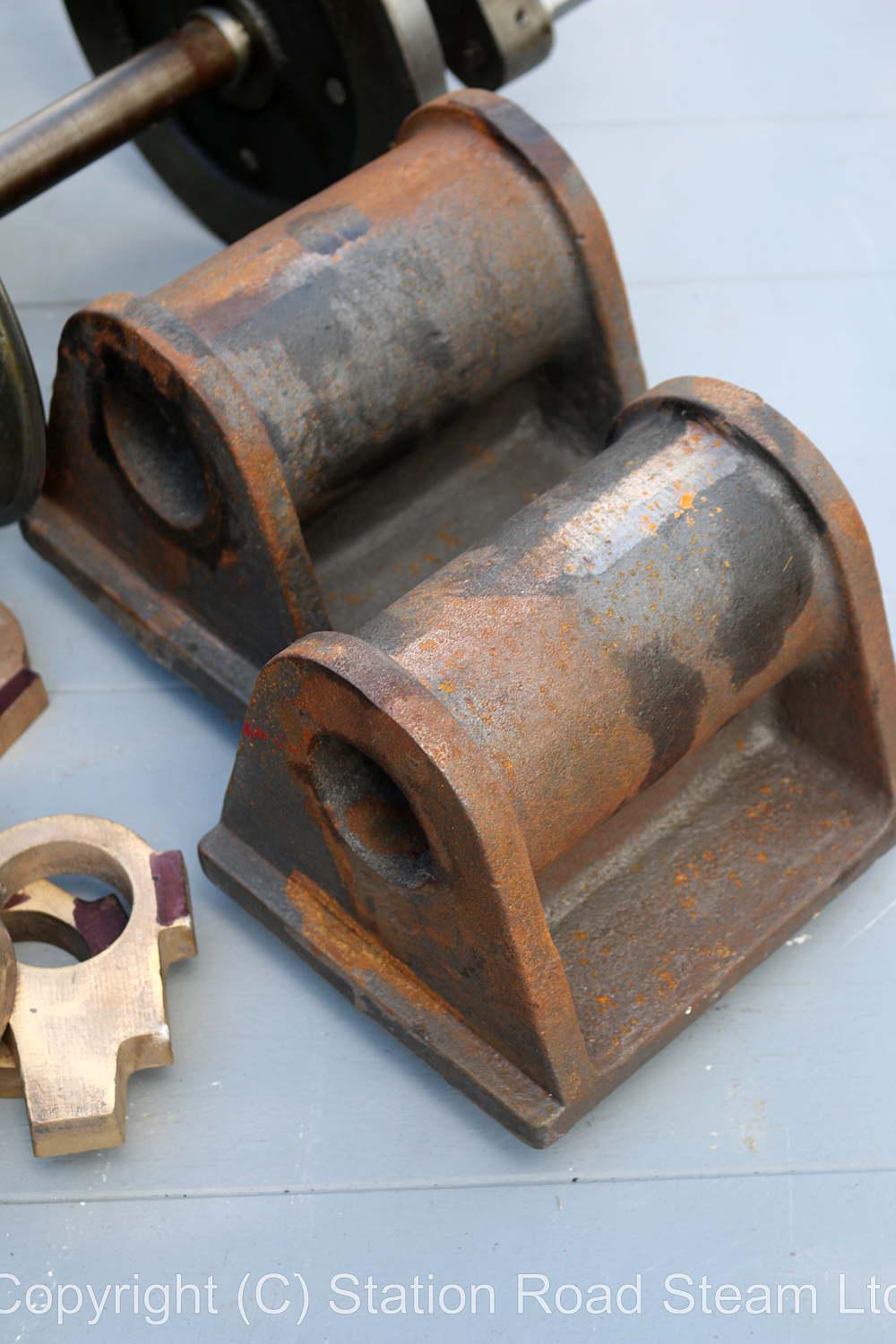 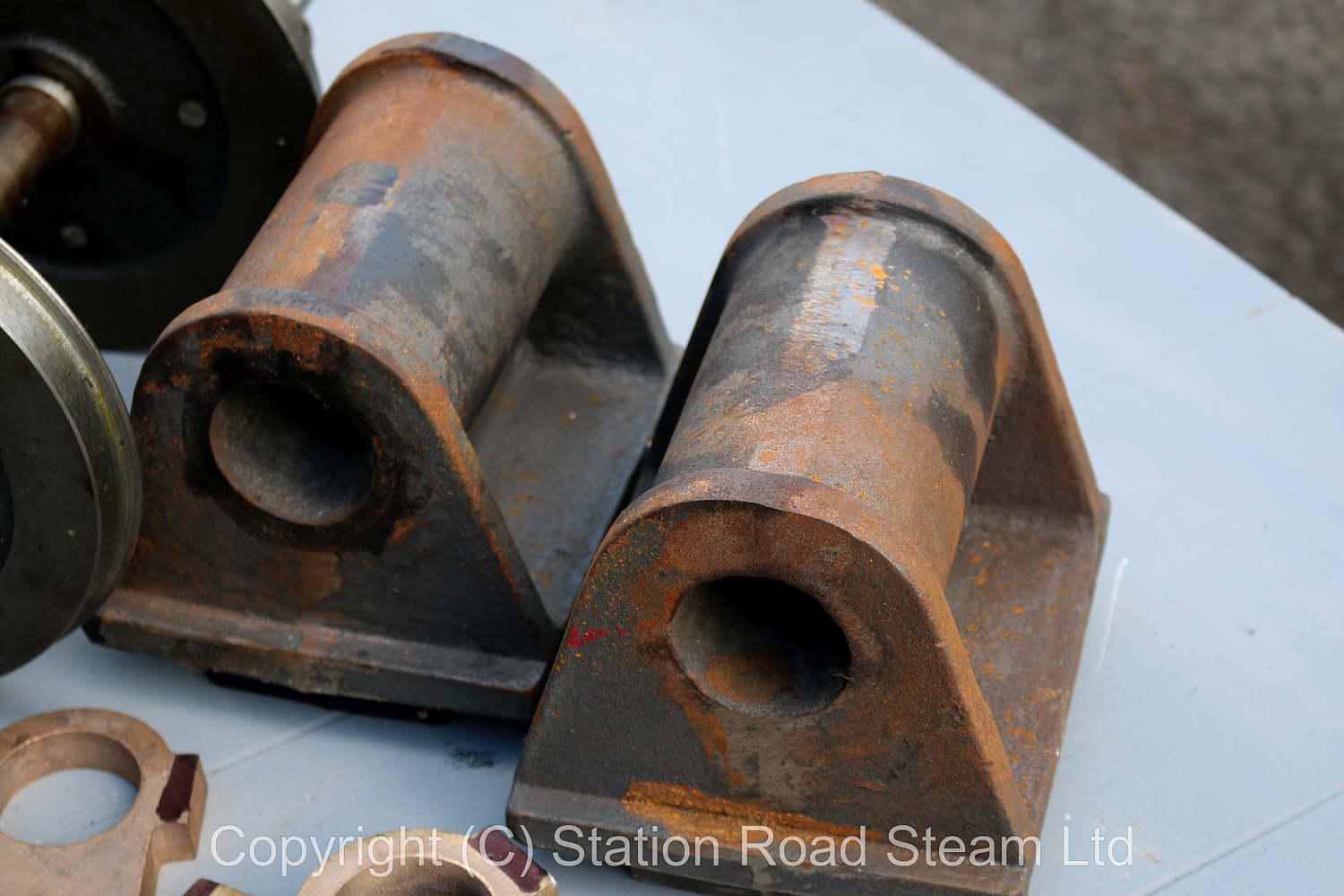 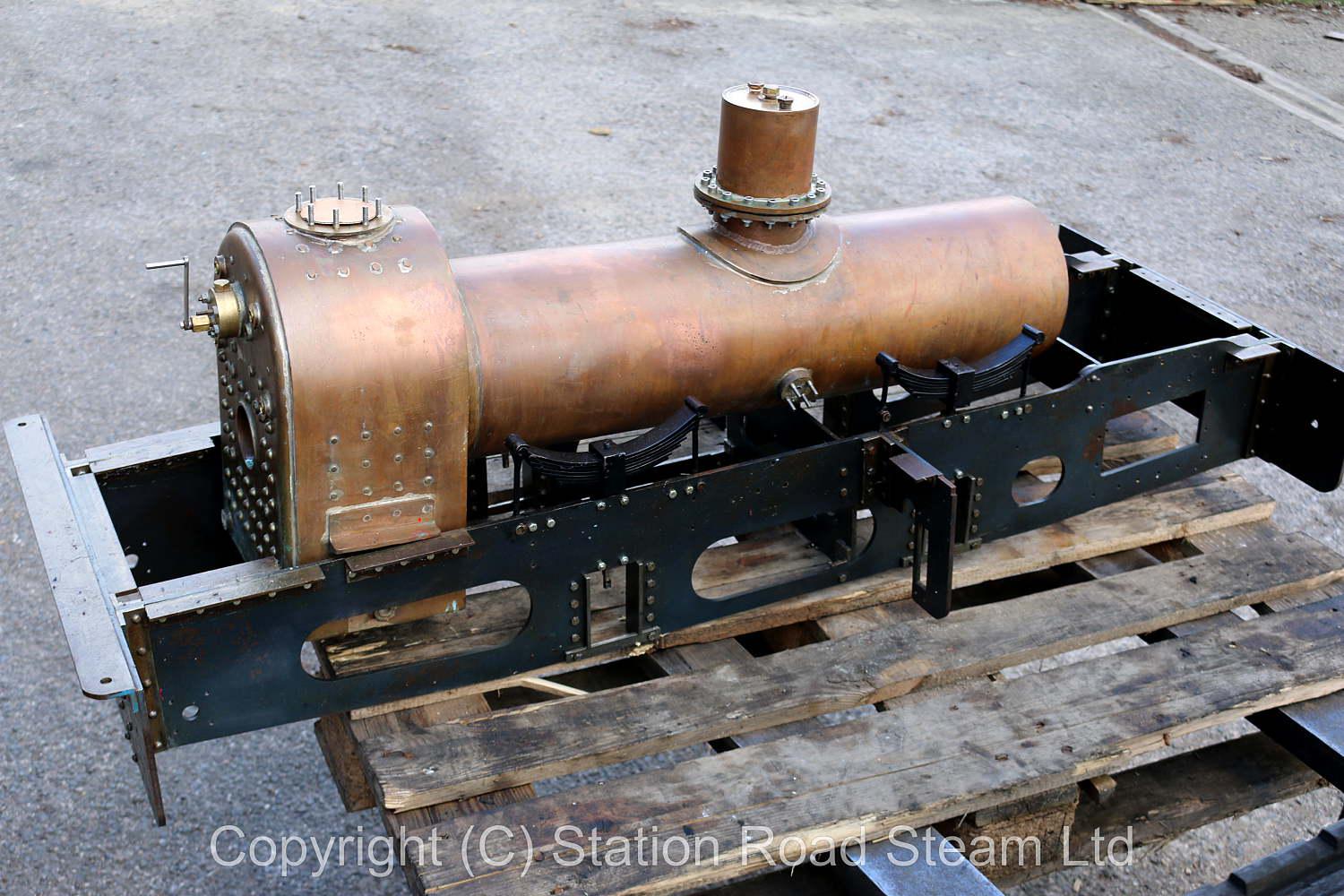 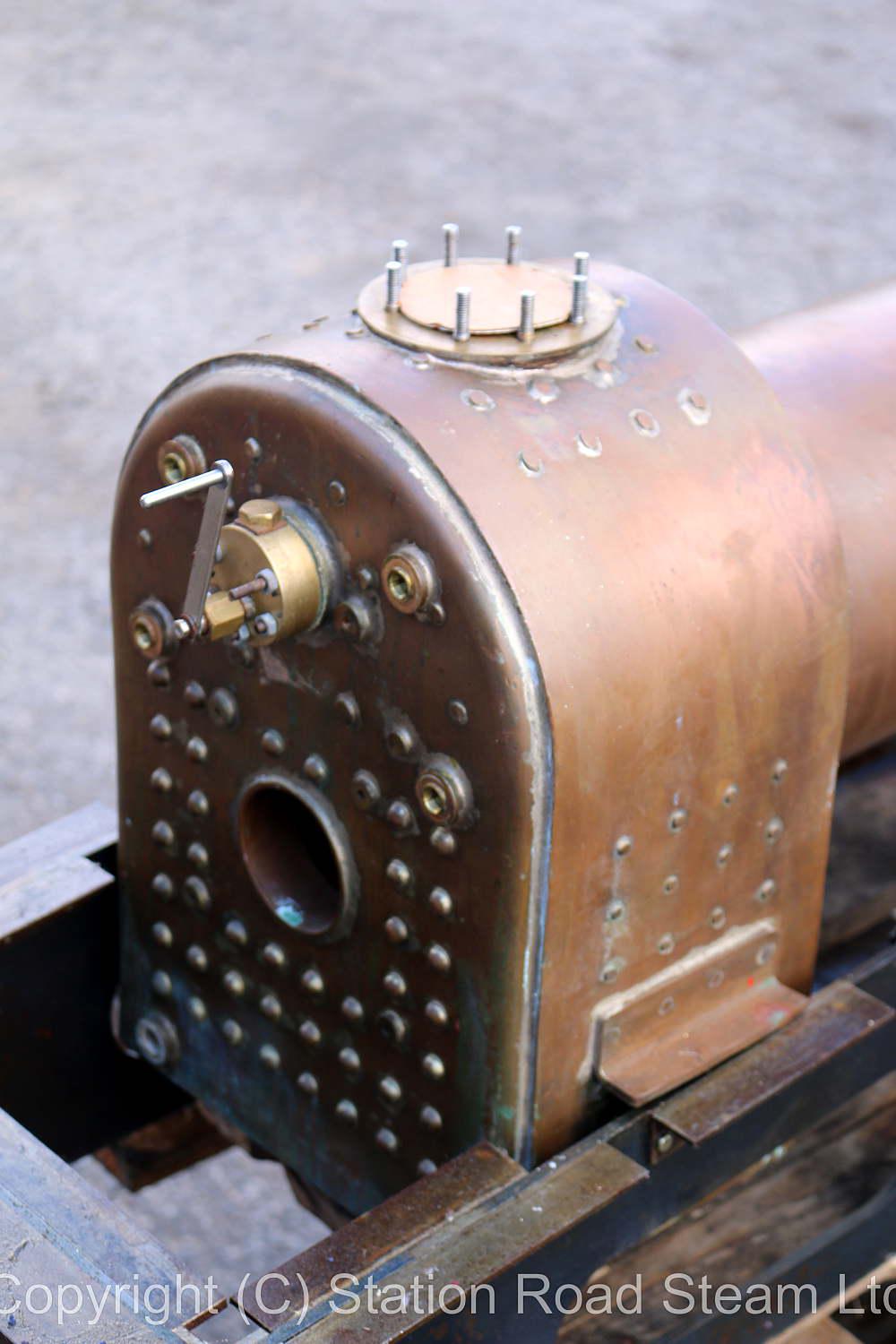 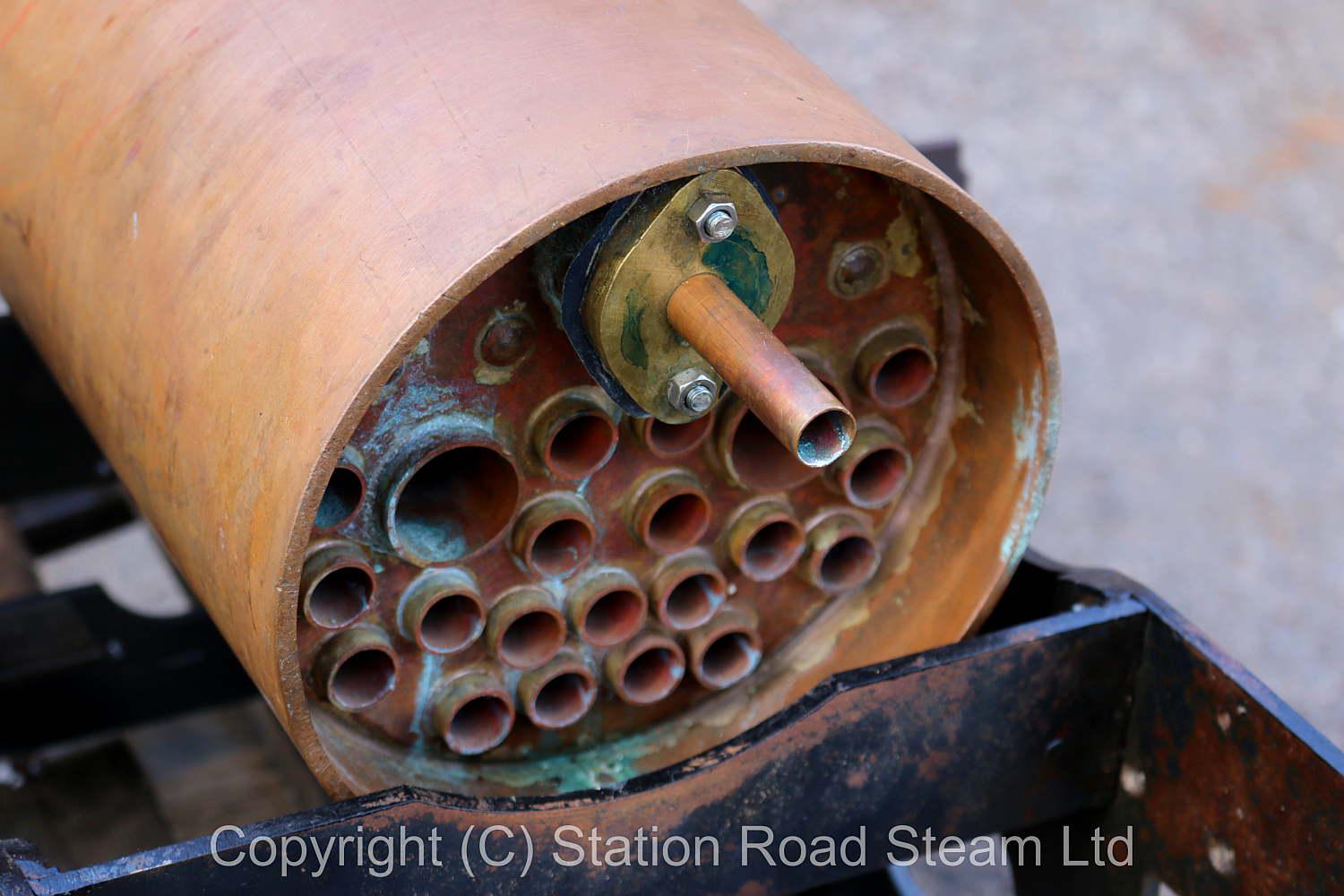 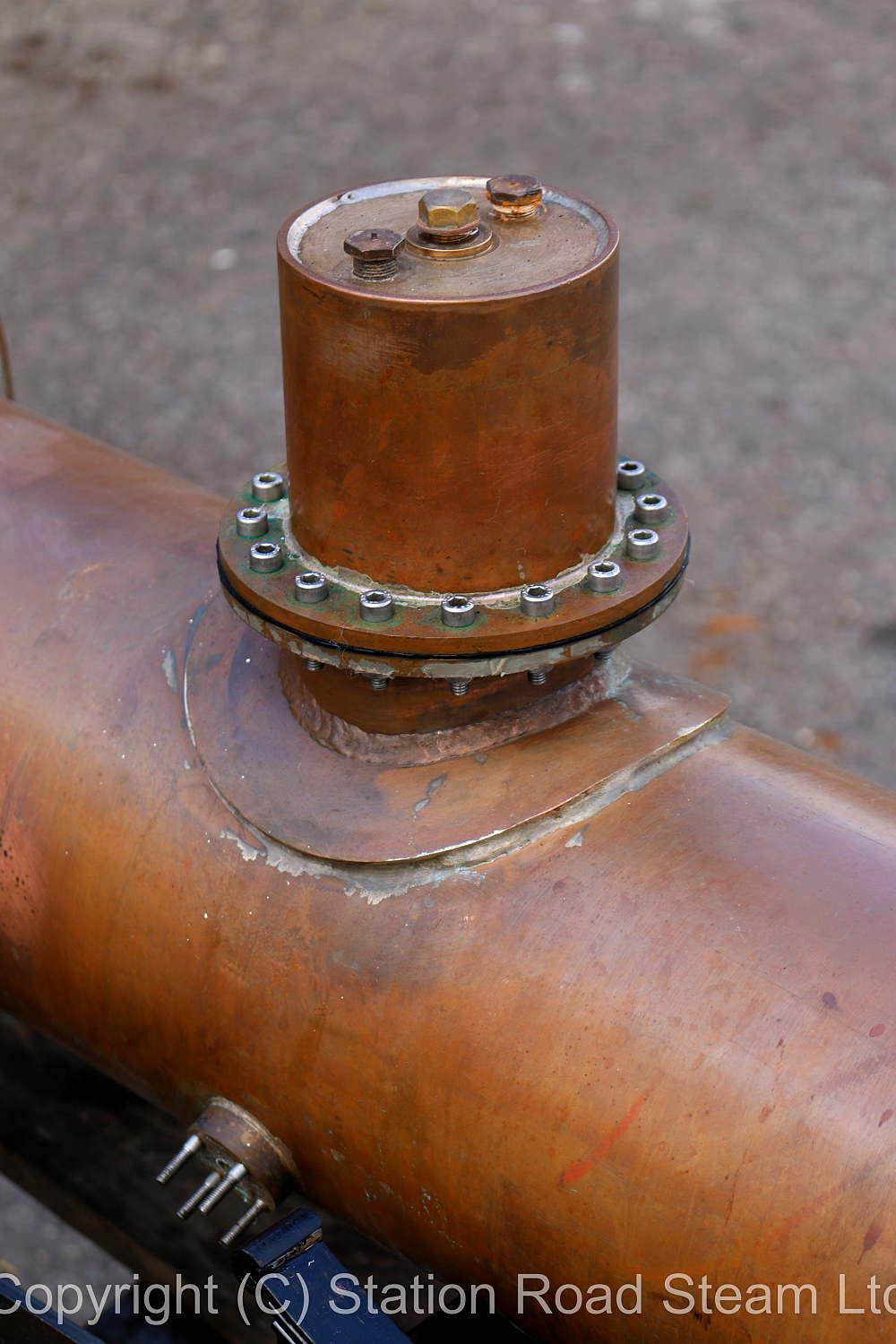 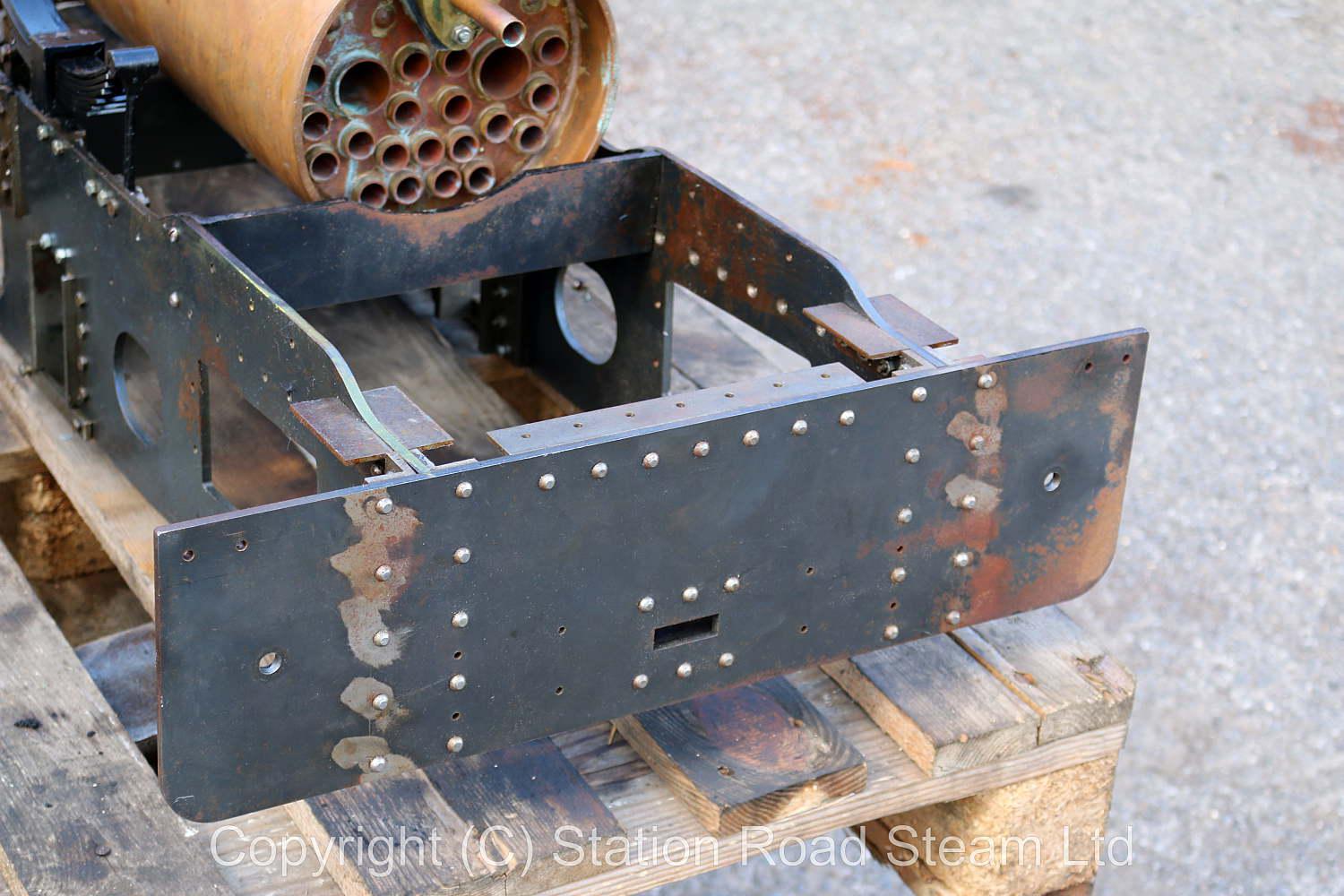 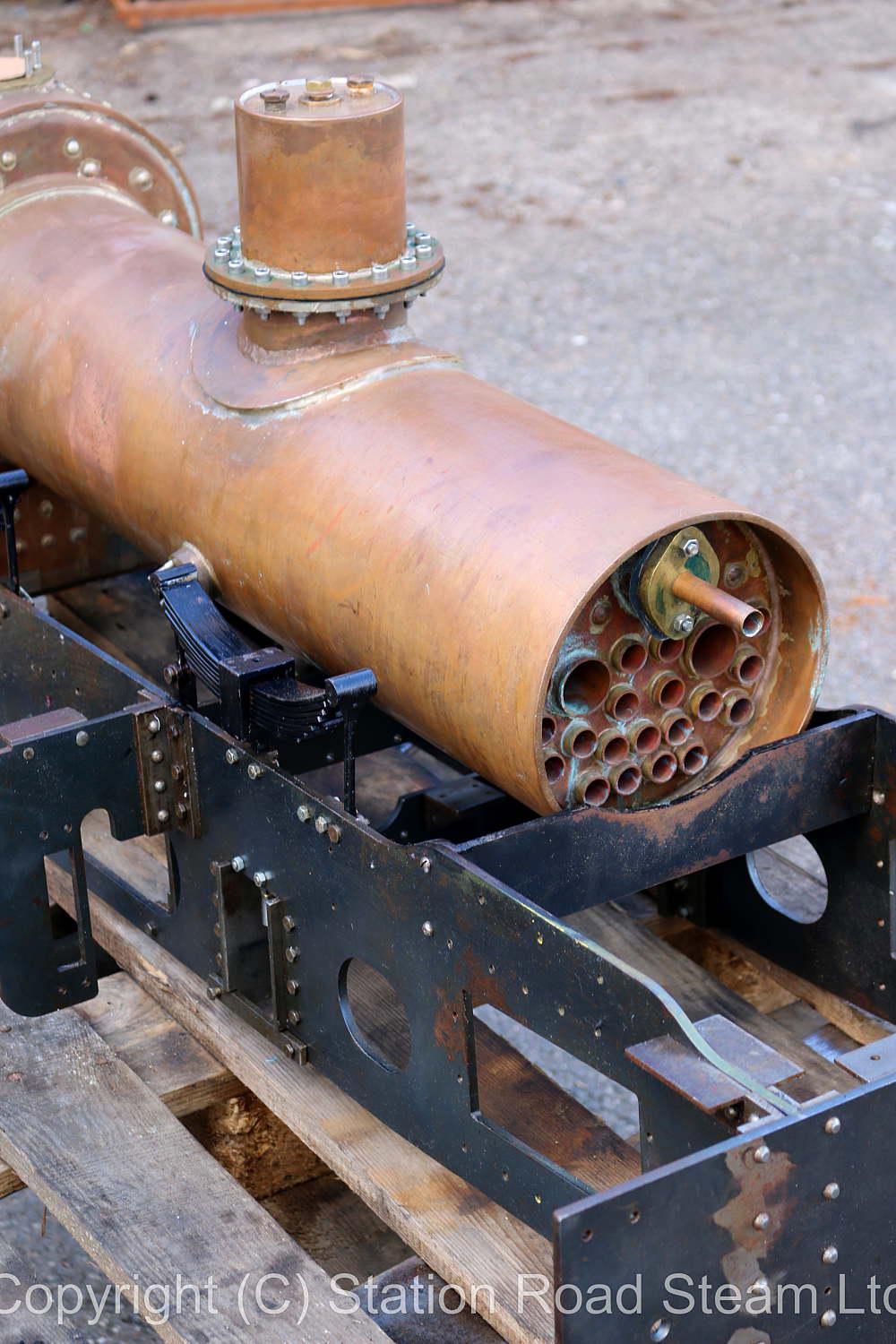 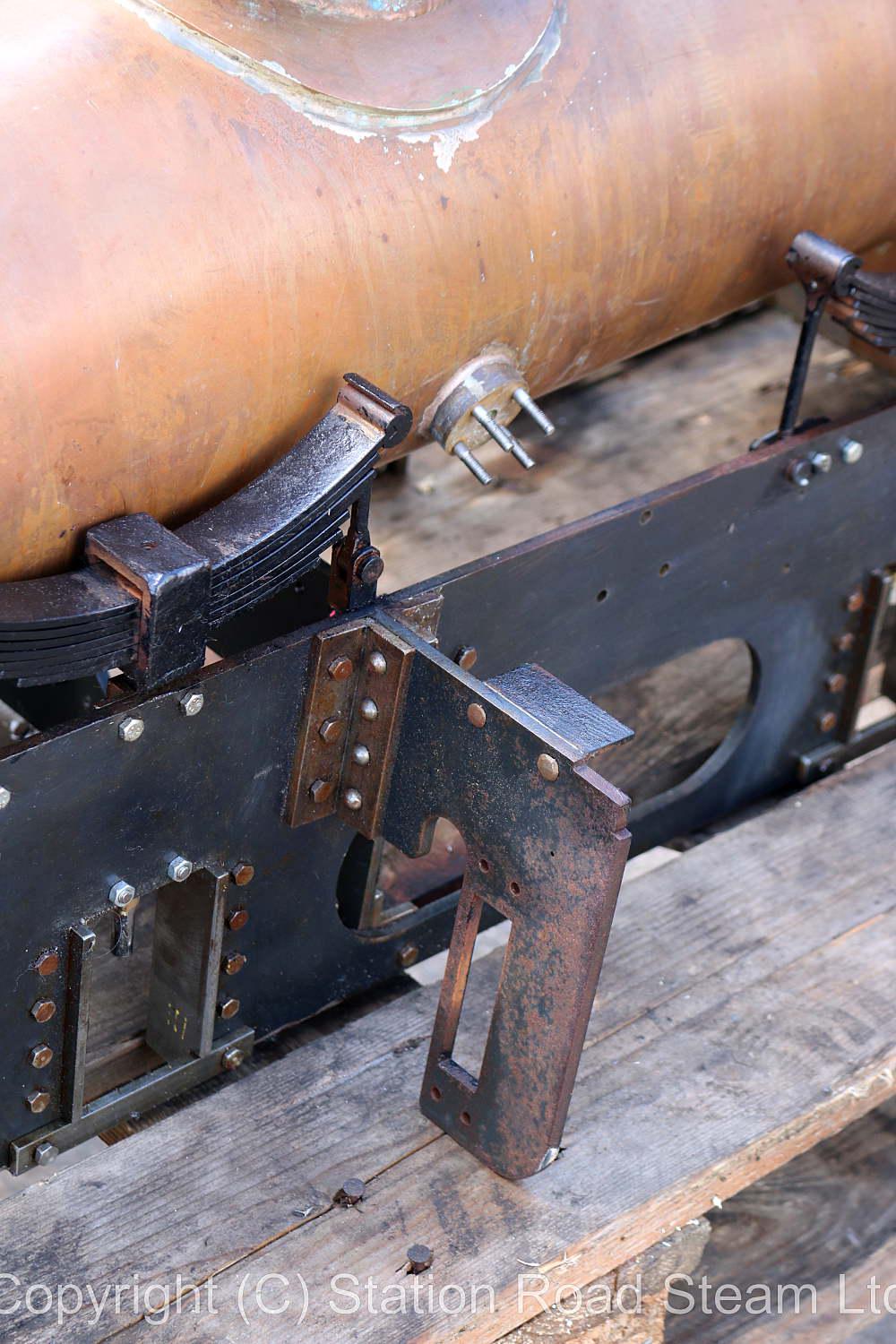 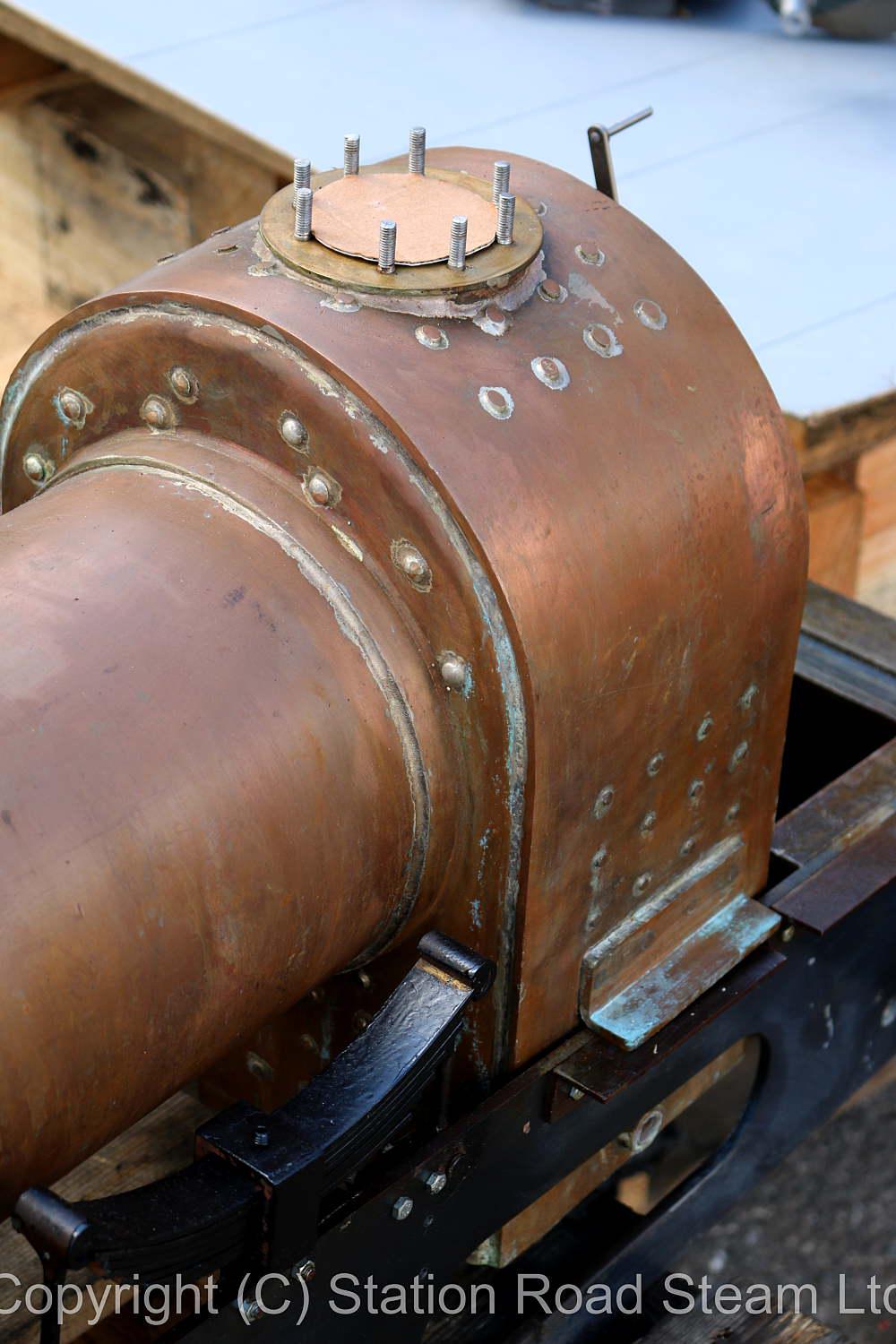 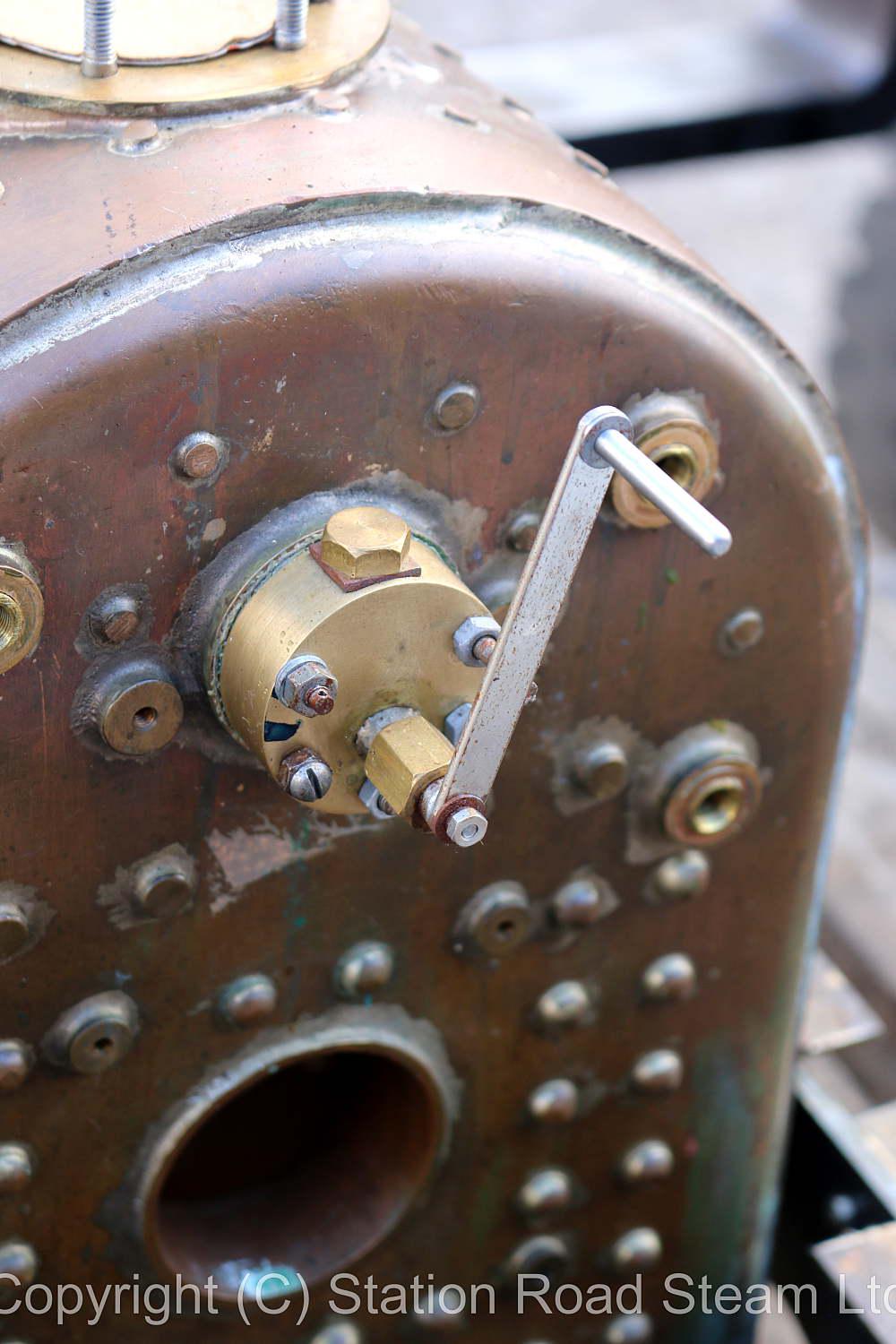 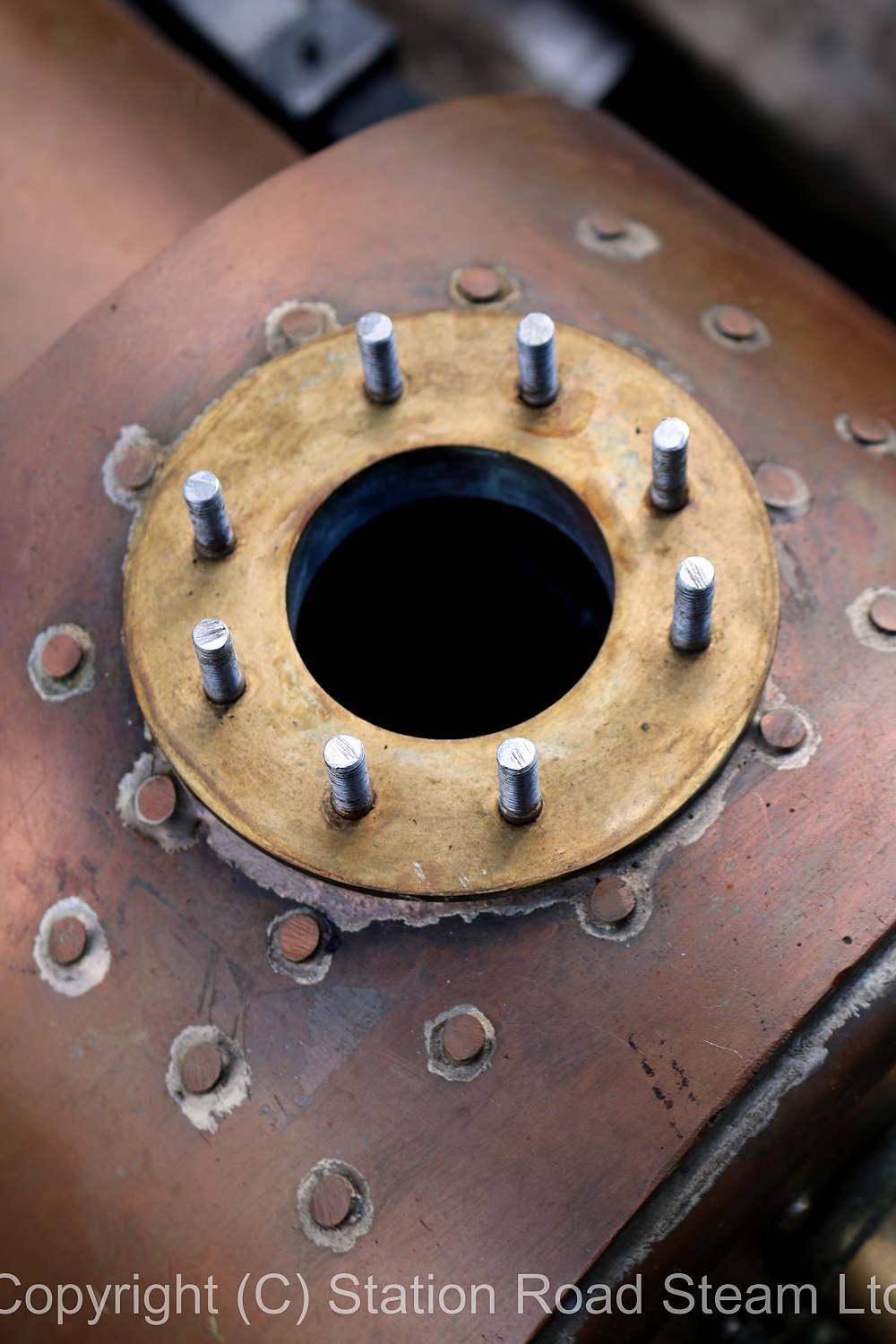 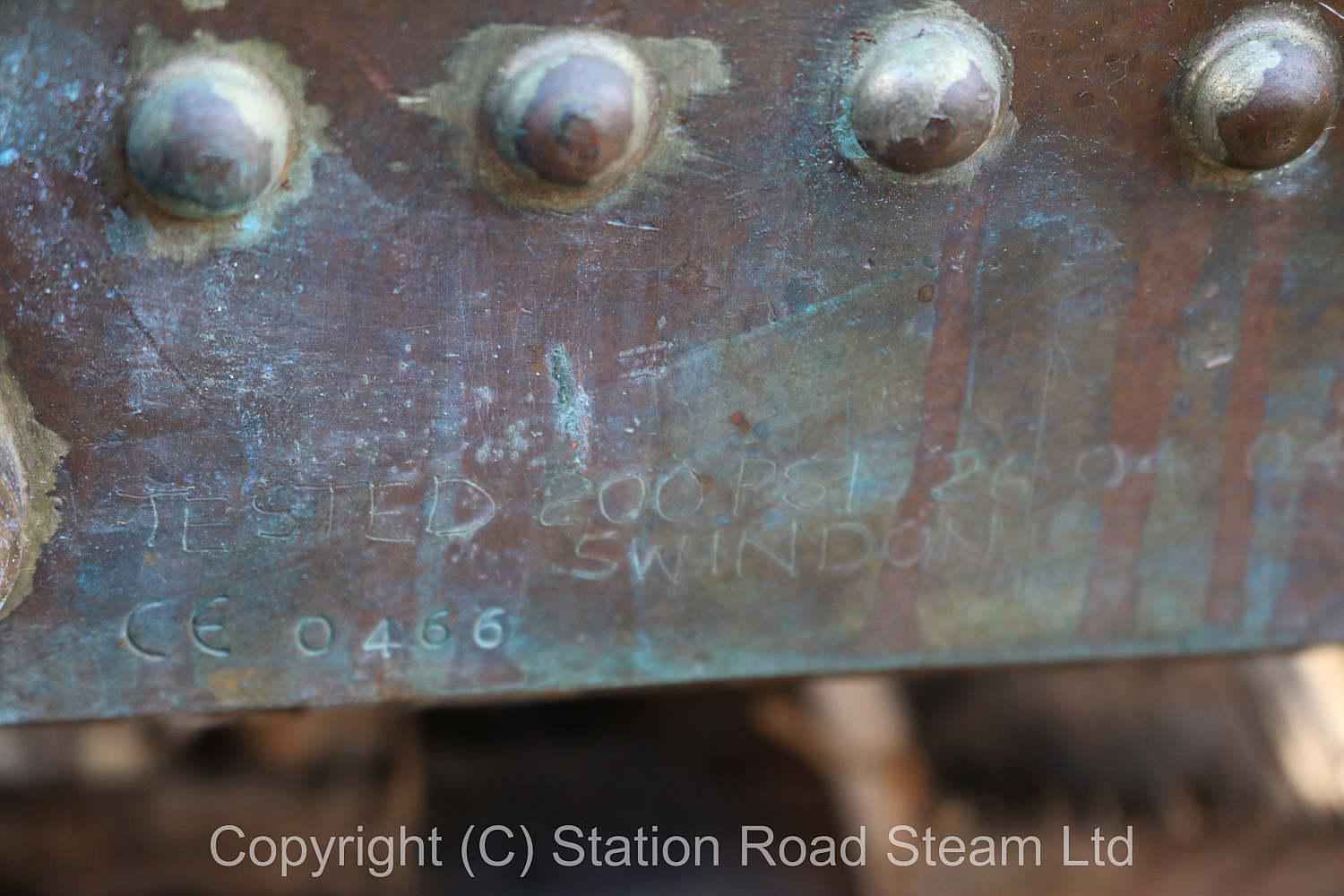 An early stage example of "Lilla", the doubled up version of Ross Harrison's well-regarded 3 1/2 inch gauge design. Based on the prototype originally preserved by Bernard Latham (who seems to have owned just about every narrow gauge locomotive at some point), the full-sized engine is now resident on the Ffestiniog Railway, owned by a group of FR society members.

Significantly bigger than the ubiquitous "Alice" class Hunslet, it's a substantial sized engine in 7 1/4 inch gauge at just under five feet long with 2 1/2 x 4 inch cylinders and 7 1/2 inch driving wheels. The builder, now a man well into his retirement years and with a 7 1/4 Britannia already built, started this one not realising quite how big the thing was going to finish up - he's decided to move on to something smaller, leaving somebody else to take up the project.

Work to date comprises an erected set of frames with buffer beams and springs, machined two-part axleboxes and wheelset with flycranks. There are unmachined castings for the cylinder set, chimney cap and base, eccentric straps and sheaves and smokebox door, along with material for pistons and a set of commercially produced piston rings.

The beautifully made copper boiler is by the estimable Mr Tremblen of Swindon Boilers, silver soldered throughout and CE marked on the backhead. Regulator has been made and fitted.

Parts and castings for the design are available from Blackgates Engineering.