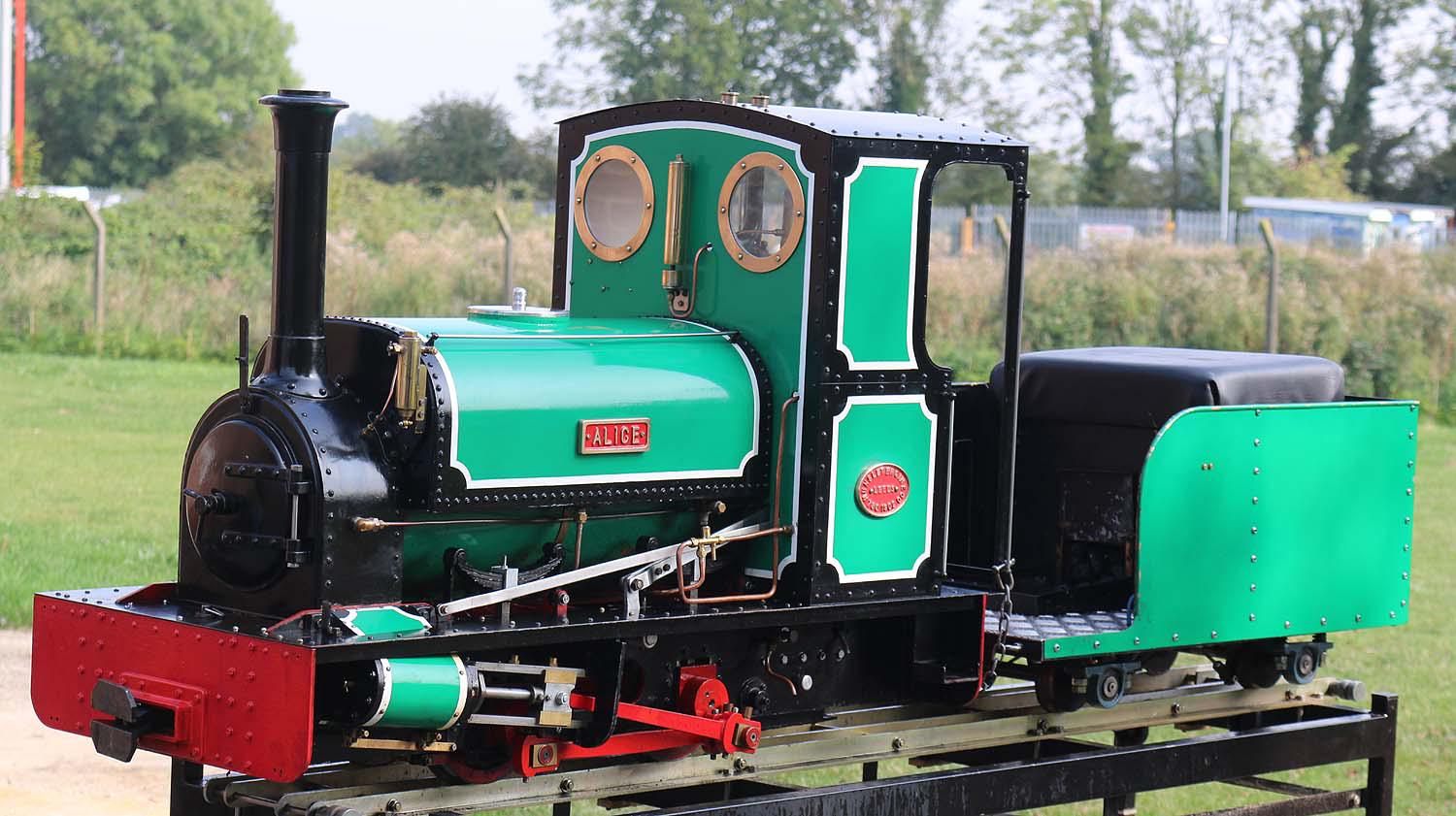 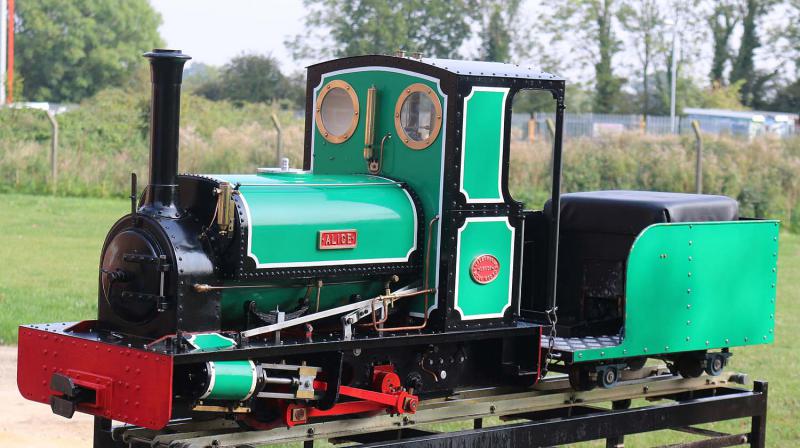 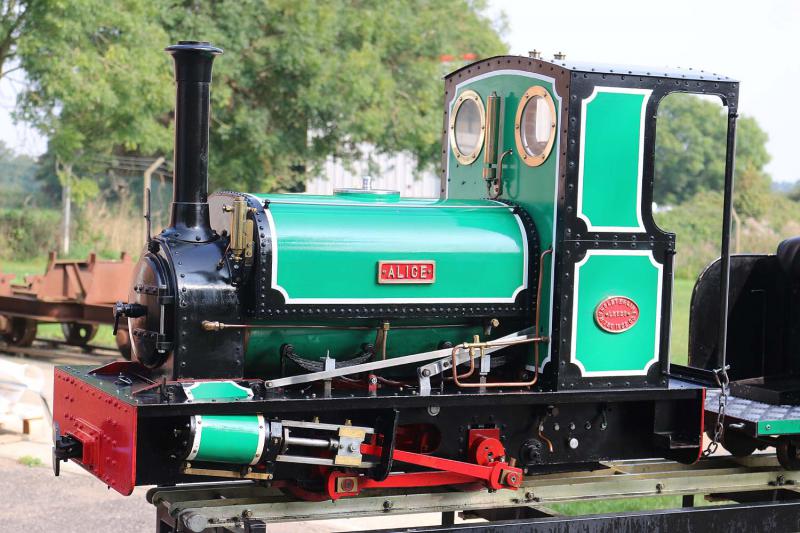 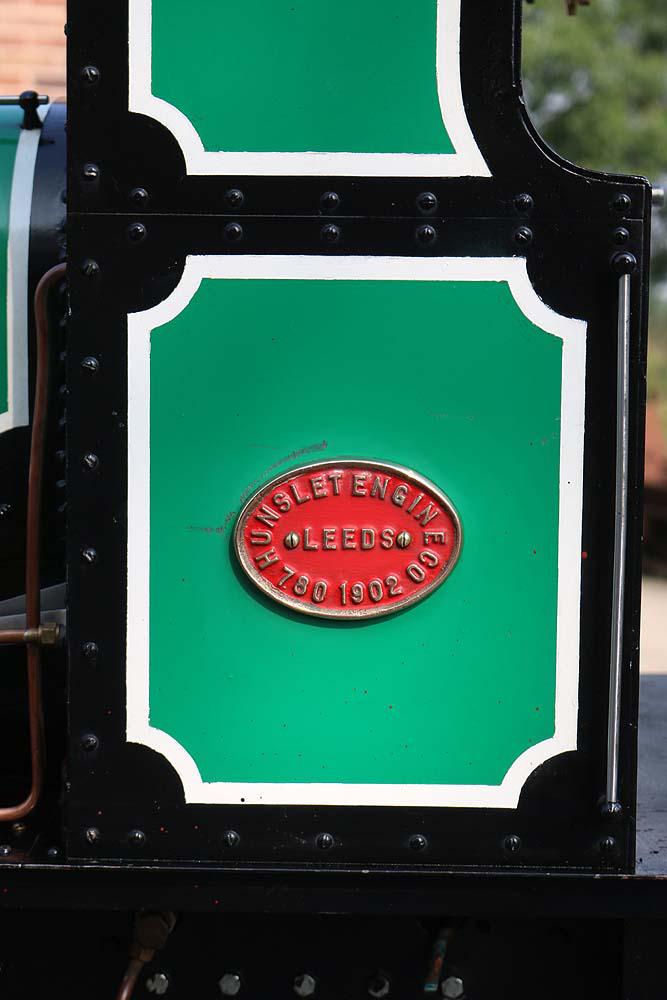 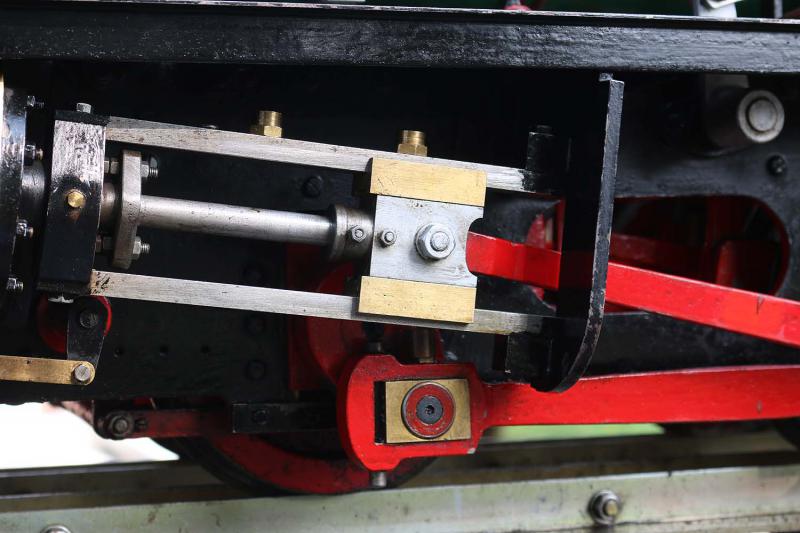 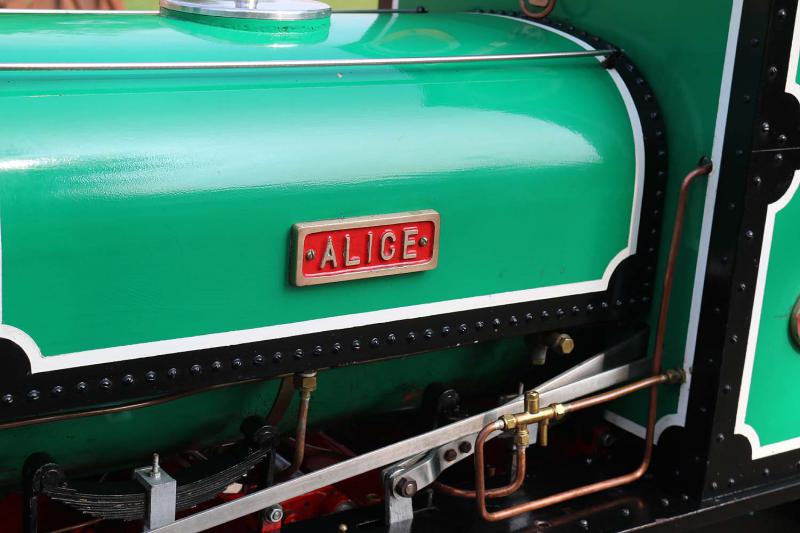 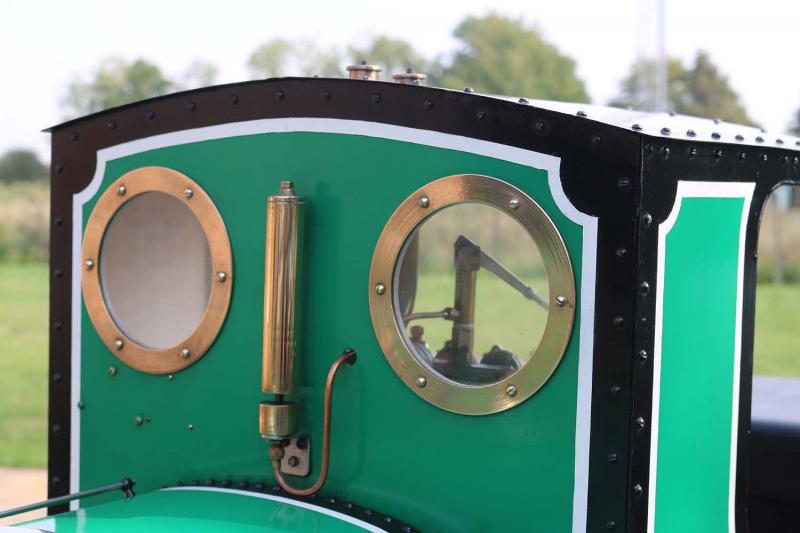 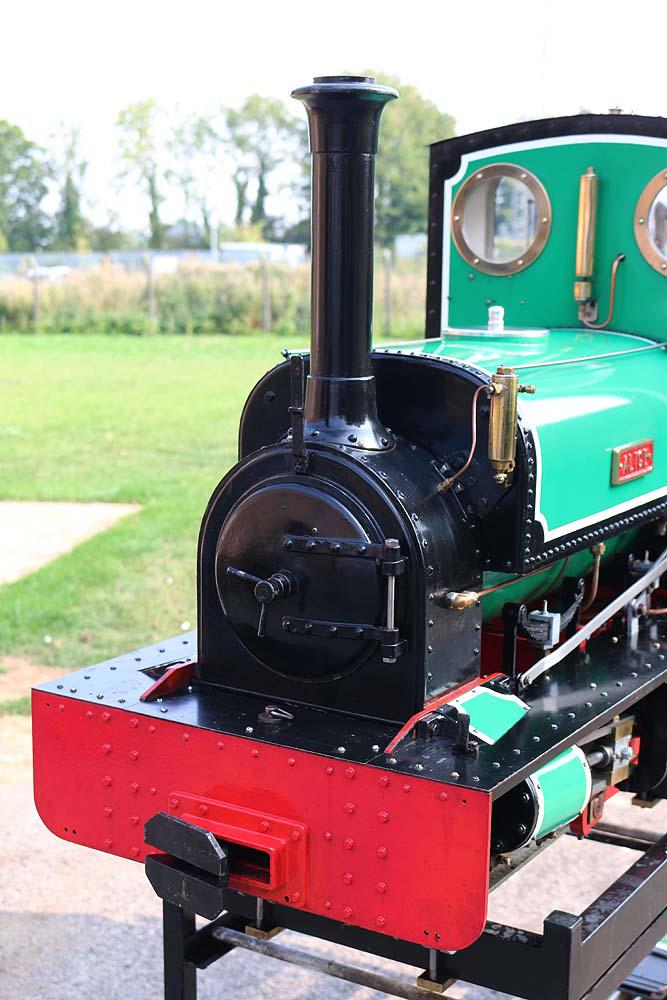 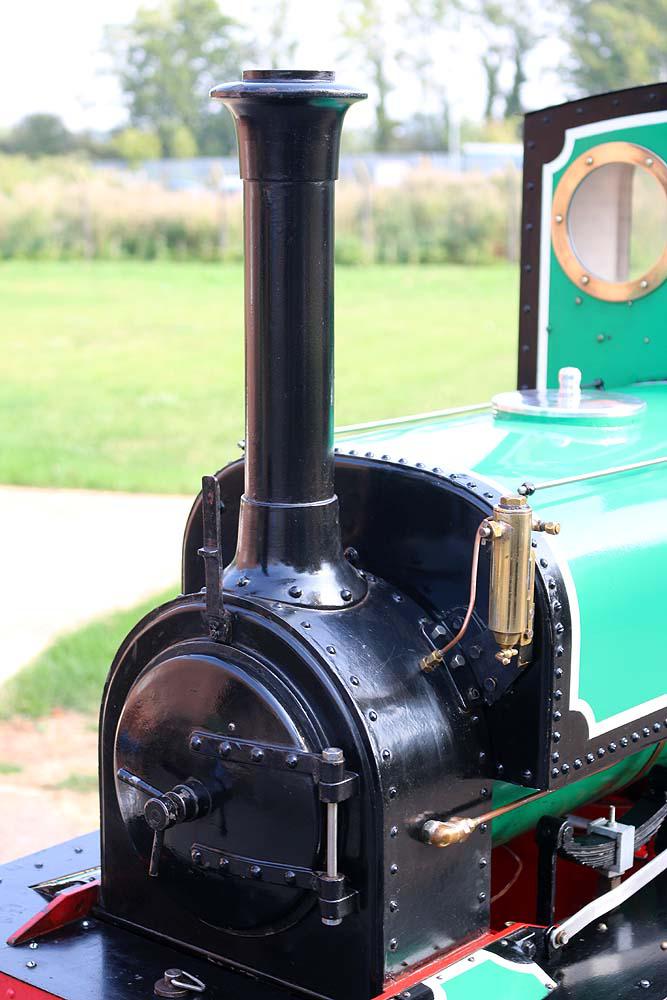 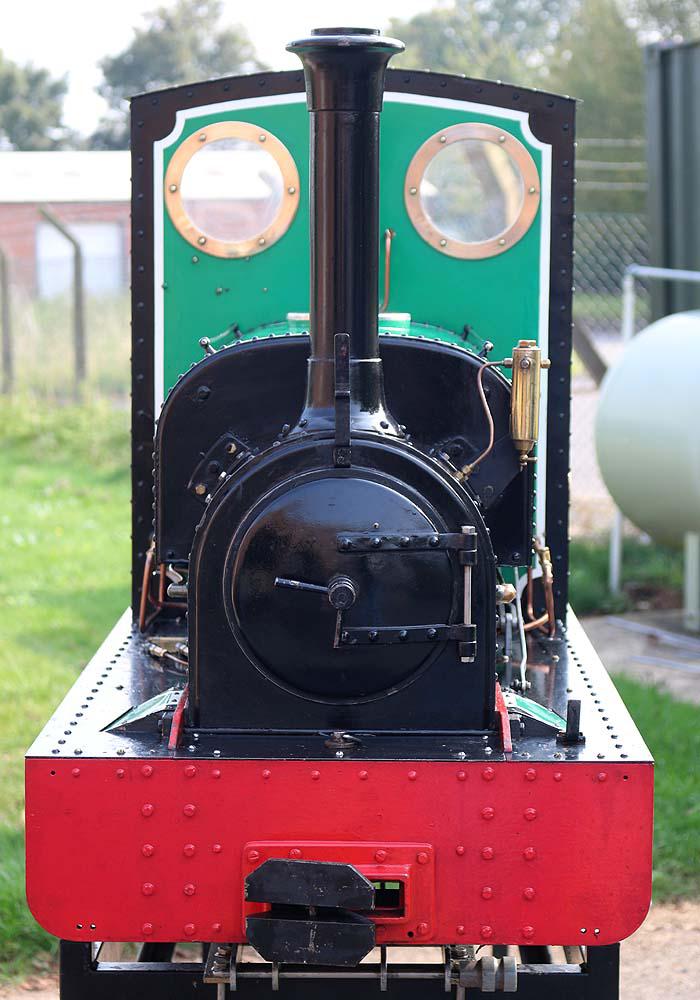 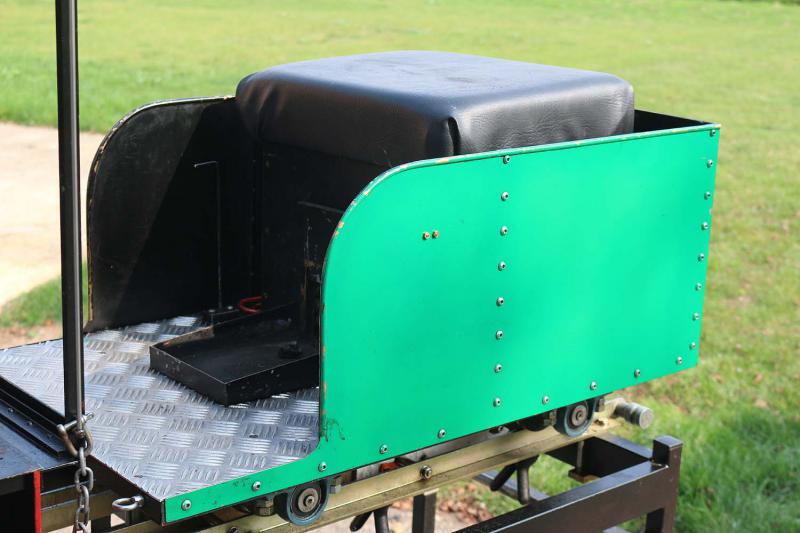 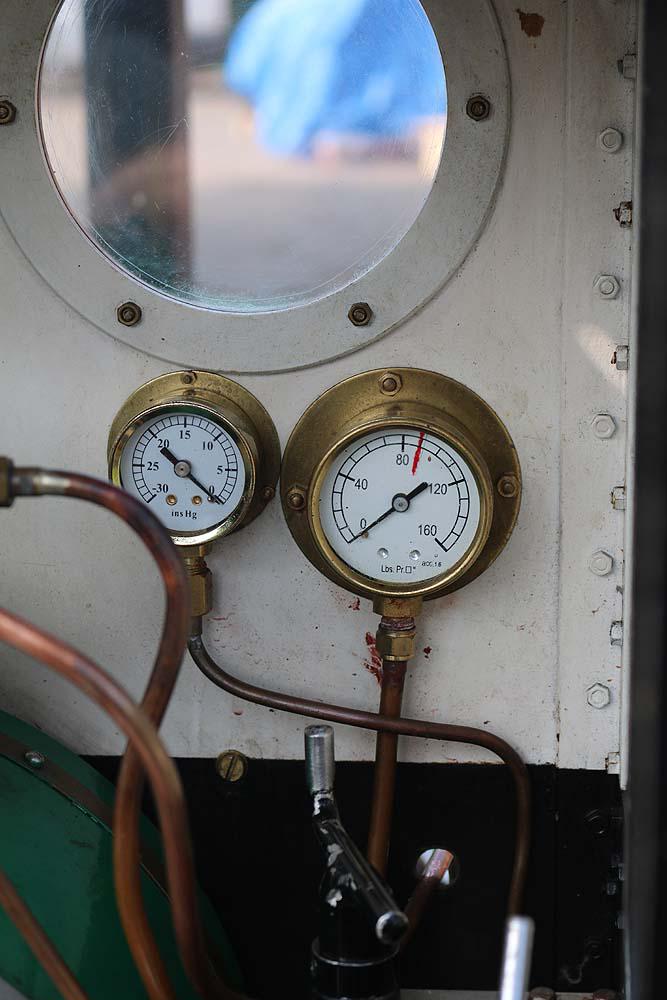 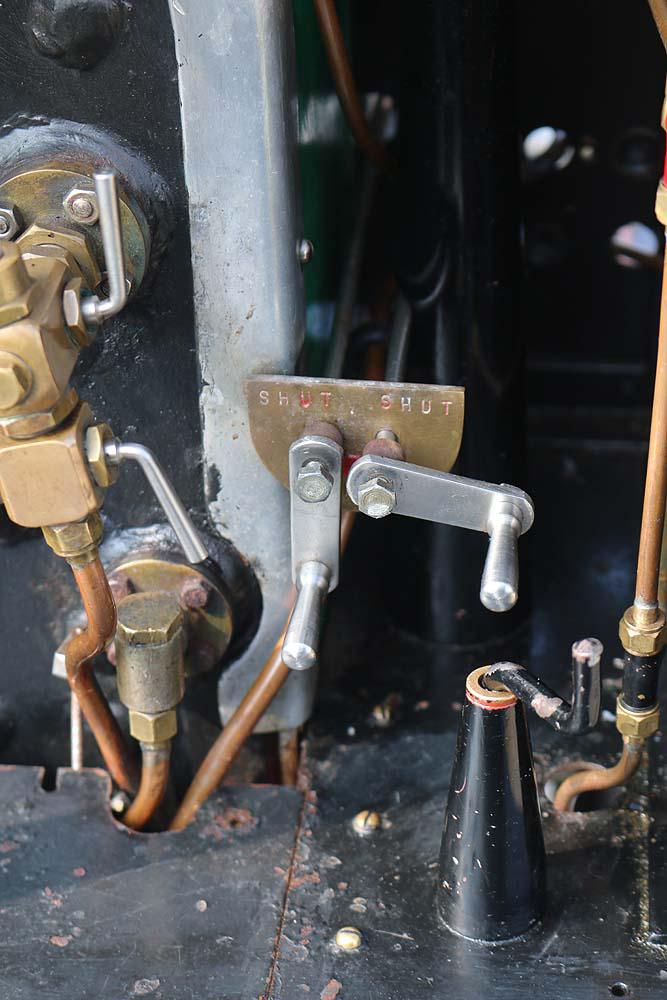 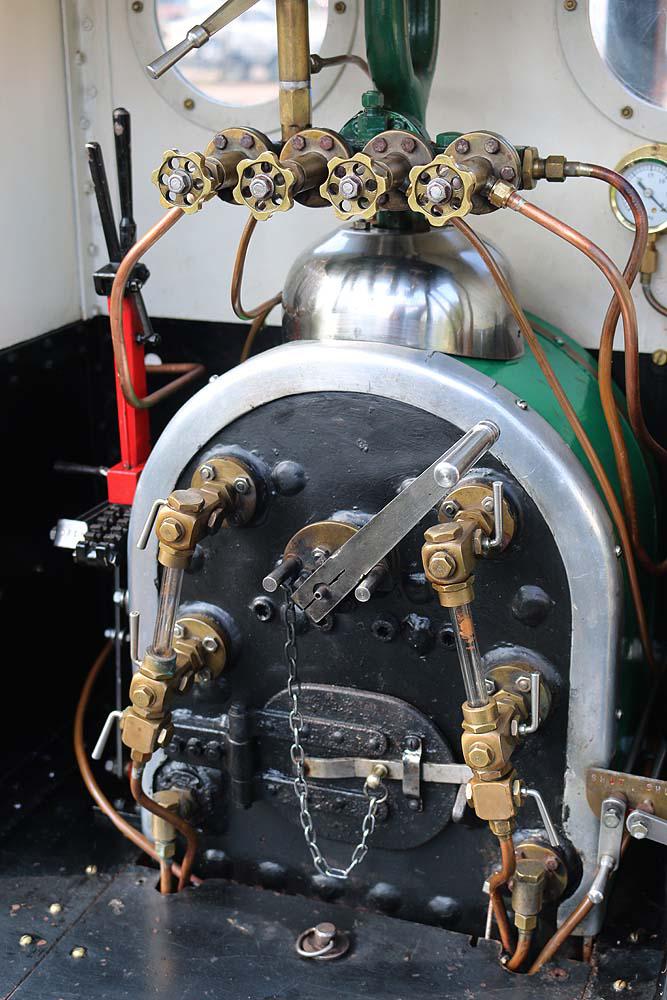 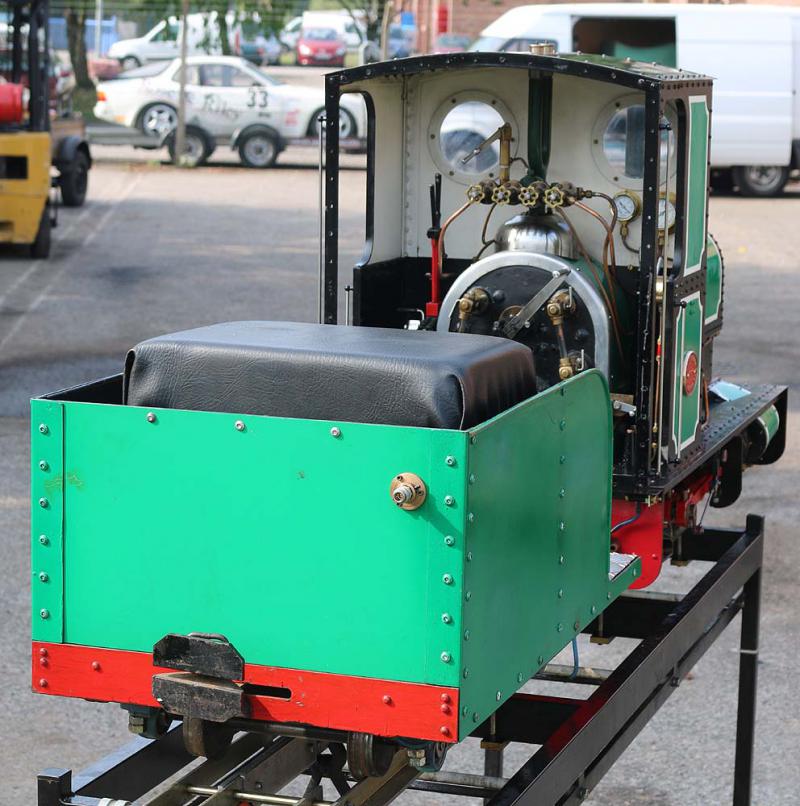 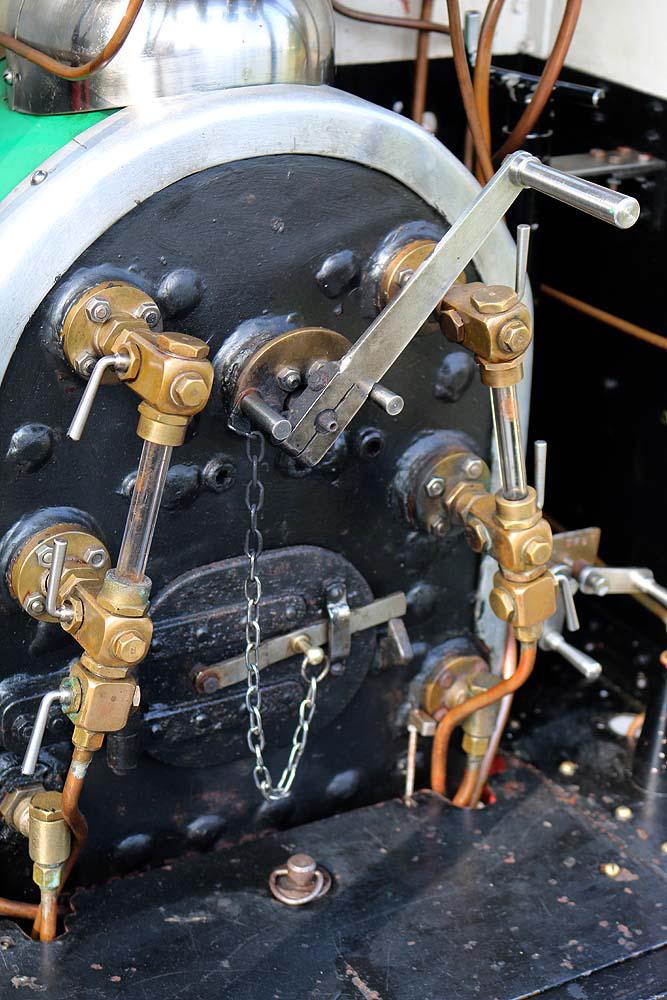 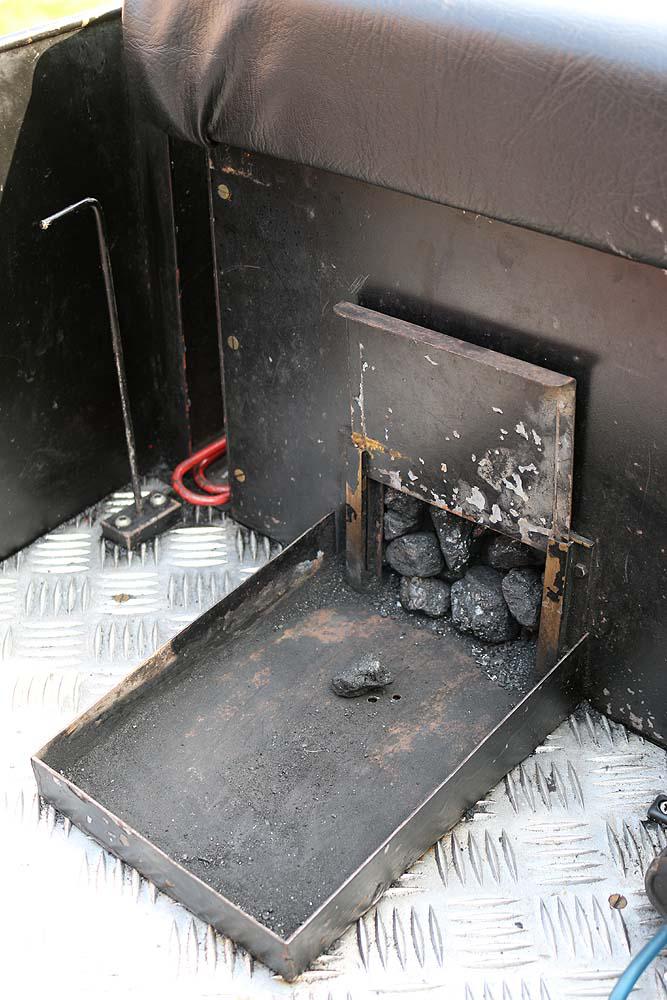 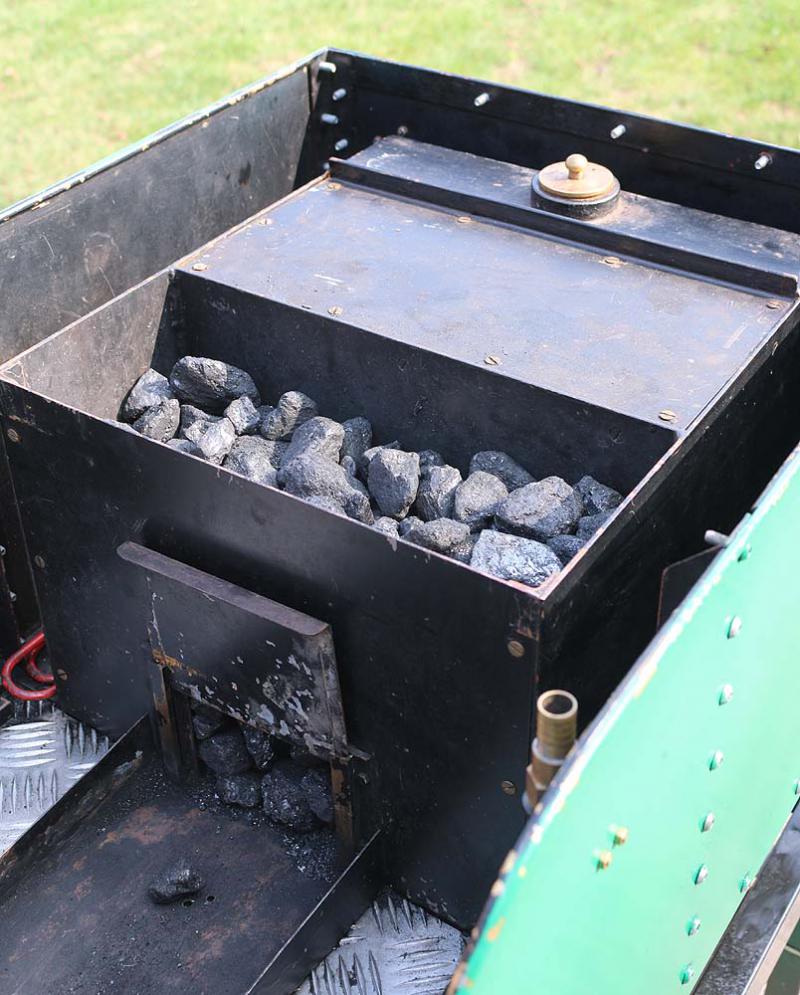 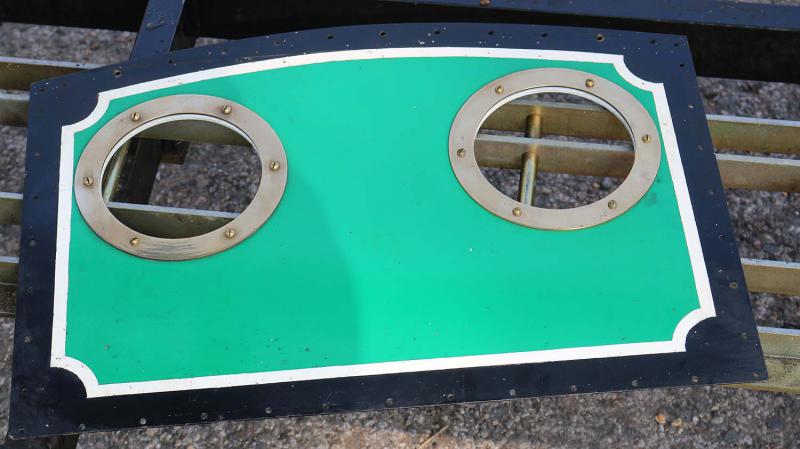 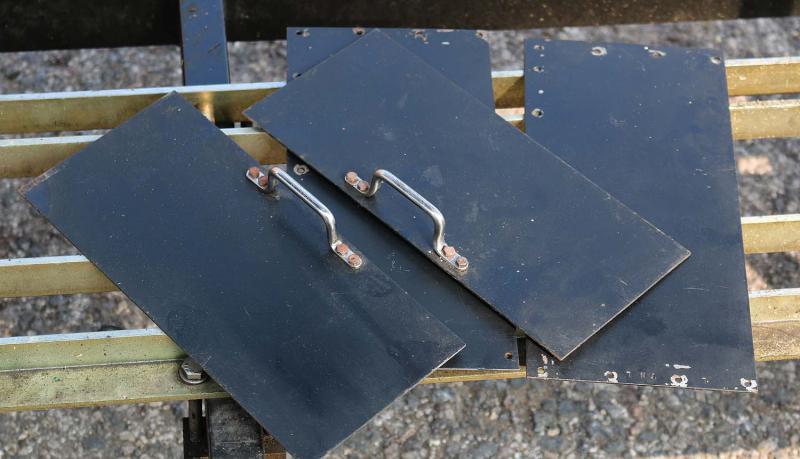 Steel boiler with expanded copper tubes, built in 2000, first steamed in 2007 when the locomotive was completed. 90psi working pressure, feed by twin injectors. Twin spring type safety valves concealed in dummy Ramsbottom type chimneys, exiting through cab roof. Cast iron cylinders with slide valves actuated by Stephenson's gear with pole reverser in the cab, twin ram mechanical lubricator mounted underneath the offside running board - the prototypically correct displacement lubricator on the front of the saddle tank is no longer used.

The locomotive is vacuum equipped, piped through to a quick connector on the tender.

Paintwork is largely good although needs minor touching up in places. The engine was well-built in the first place and appears not to have had a great deal of use - advancing years rendered it too big for its previous owner, who has now moved to a smaller gauge. There's a clip of it running in the yard this afternoon, testing a new pair of injectors (which picked up nicely down to about 40psi, and you can't really say fairer than that).