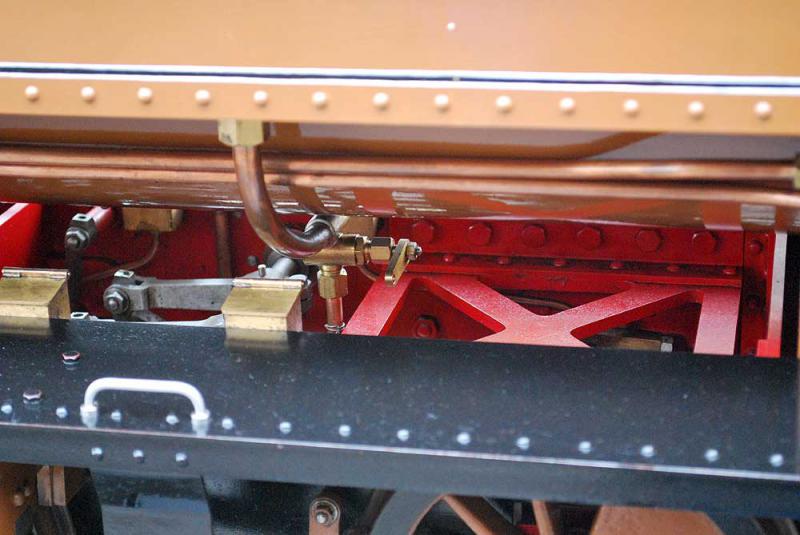 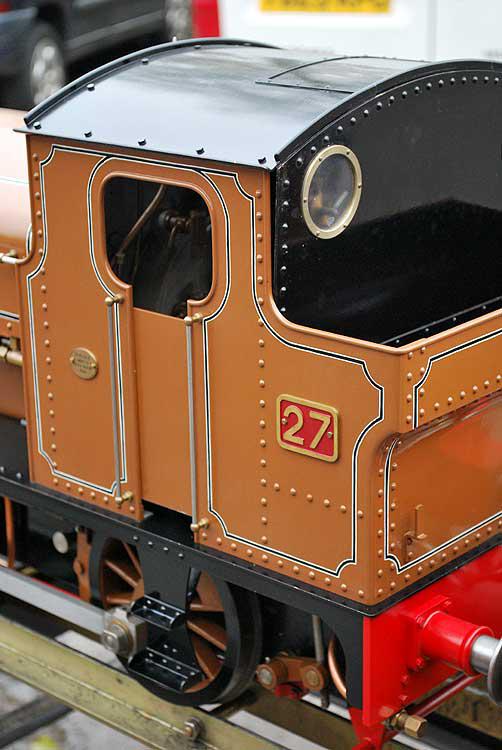 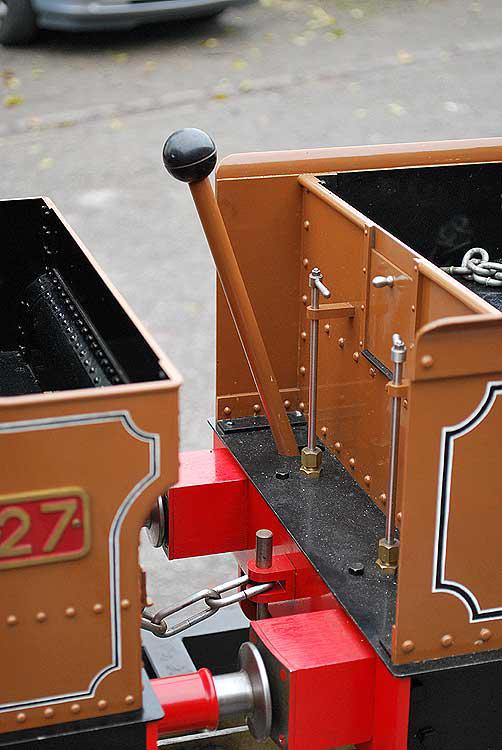 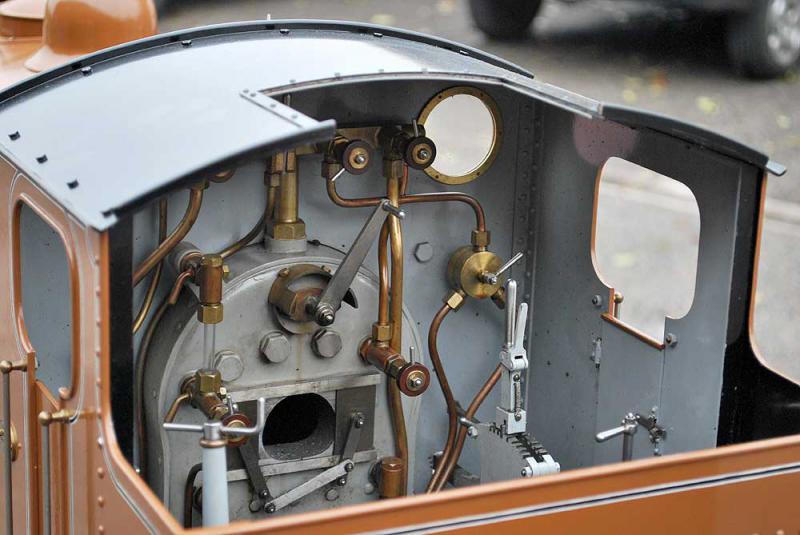 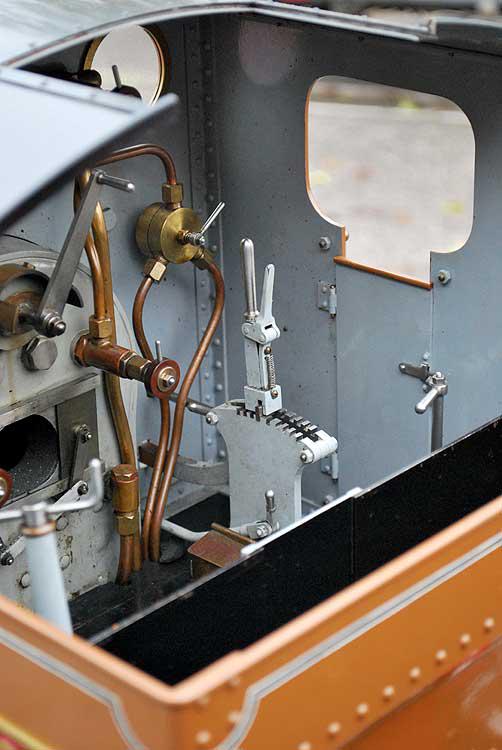 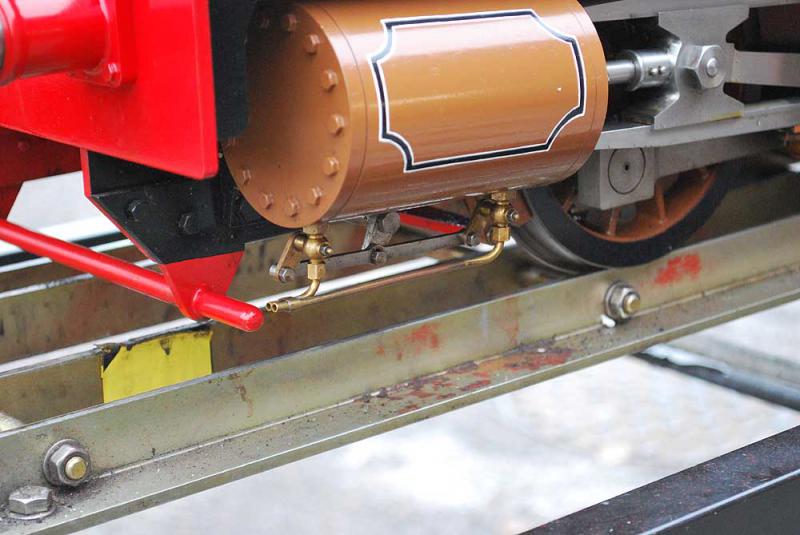 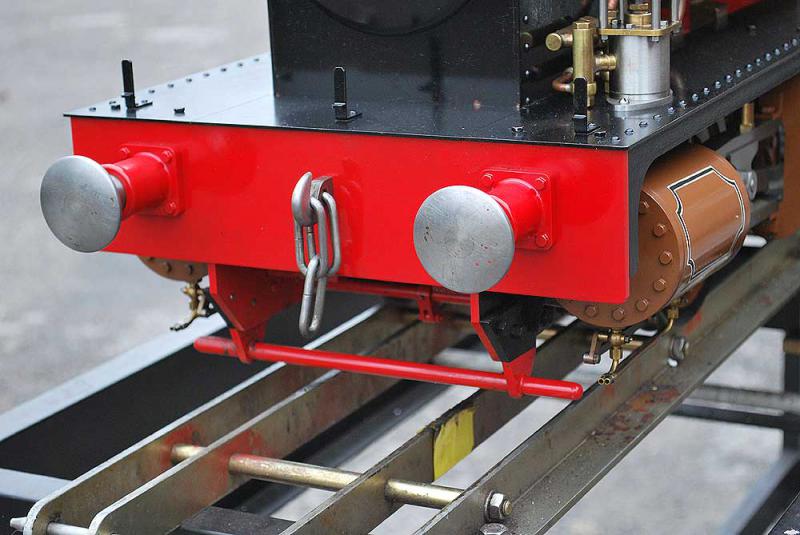 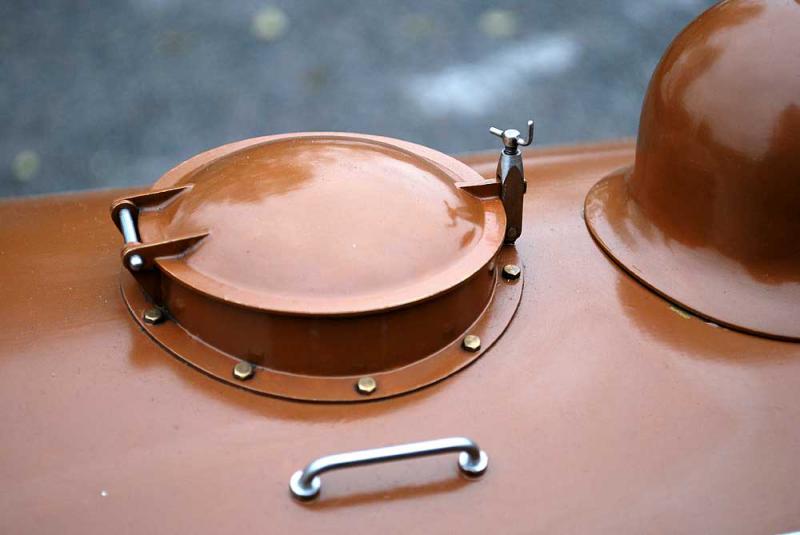 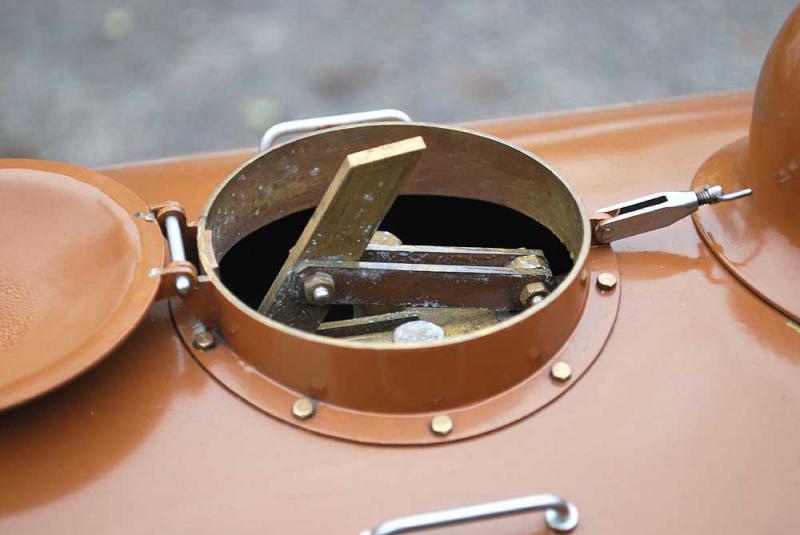 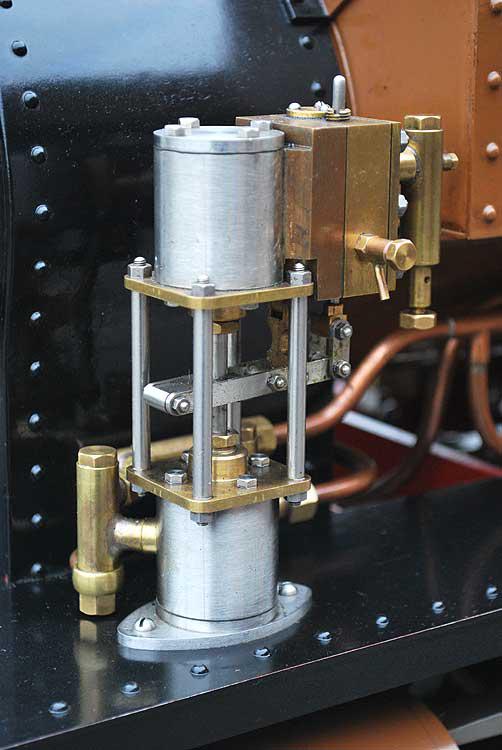 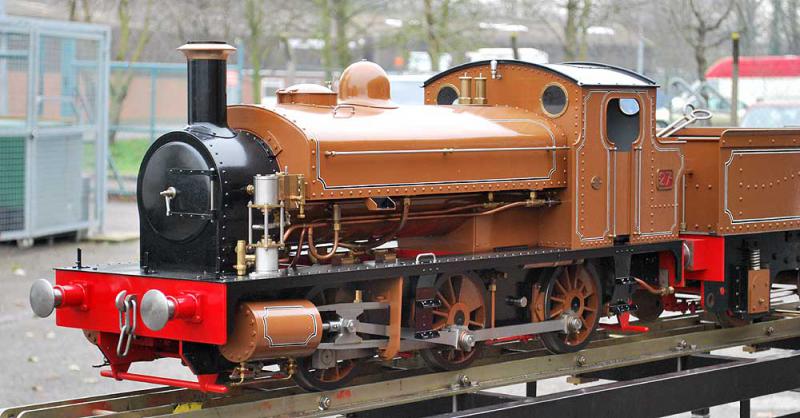 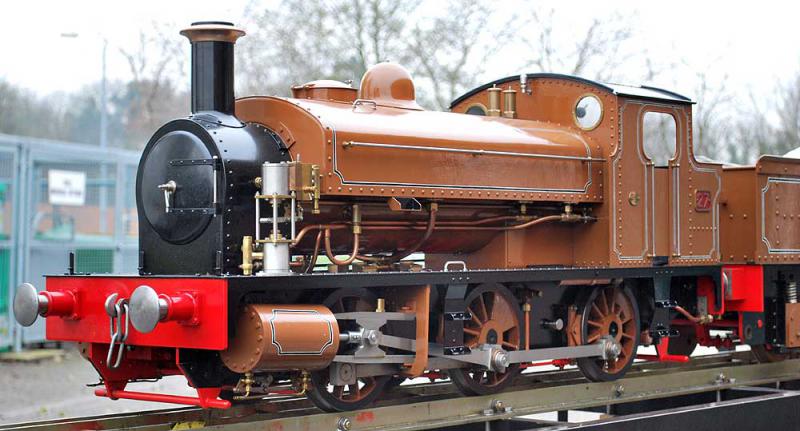 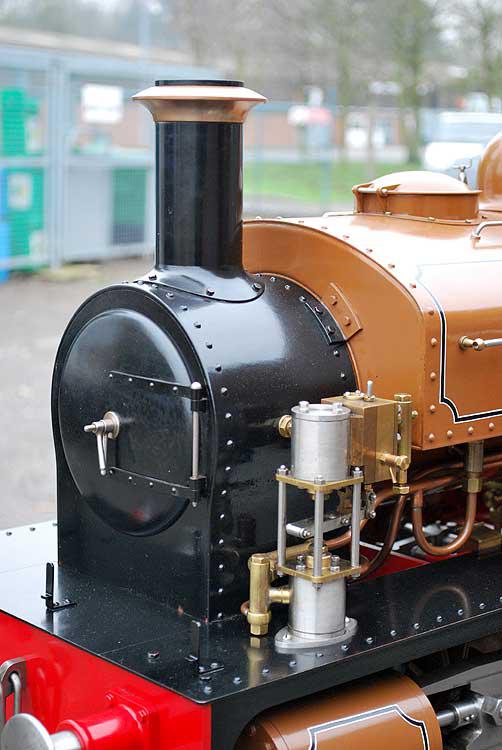 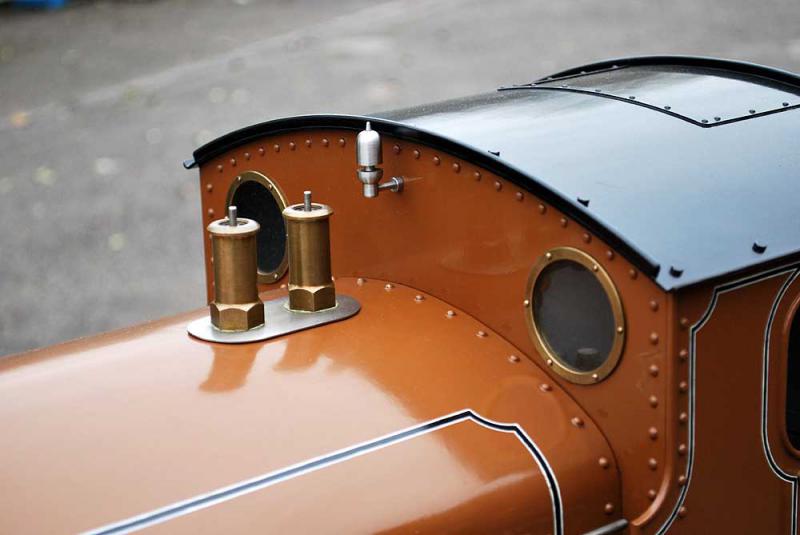 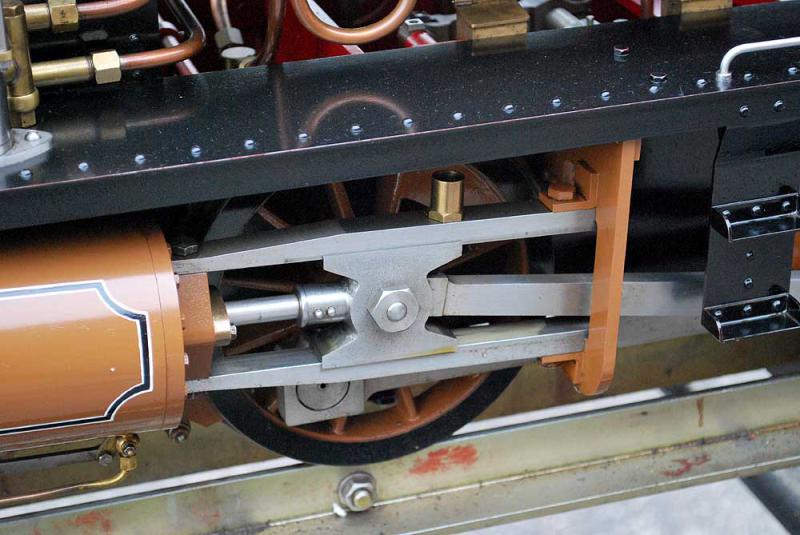 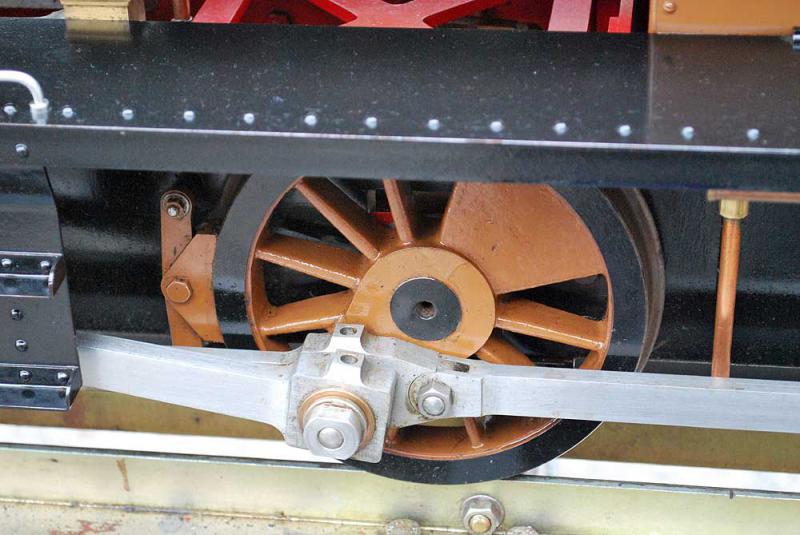 I bought this one from the builder in 2009, it's been run five times in the interim, now come back as its new owner needed to buy a house. Words and pictures below as per December 2009 - still looks the same (although now with a protective coal box fitted in the tender), still the best-built Holmside I've seen by miles.

An excellent example of Martin Evans Holmside design, a large, powerful engine for 7 inch gauge. The engine is the work of one of the most prolific engineers I've met, a man still building well into his eighth decade. Steamed once to check the valve setting the engine has been on display in his living room since and remains in ex-works condition.

The engine was in steam last week for our boiler inspector its had hydraulic and steam tests, if you will excuse the clich it runs like a watch. Valves are set dead square, it notches up beautifully, even the steam pump runs down to a dead slow tickover we left it on over lunch so we could watch it steadily pumping while downing bacon butties, there's a short clip of it doing its stuff here.

Detail work, fit and finish is to a very high standard throughout. The substantially built ride on tender is painted and lined to match the locomotive, it has a water tank within and a substantial handbrake. There are a set of removeable drivers foot pegs.