Sold June 2009 Back to Archive 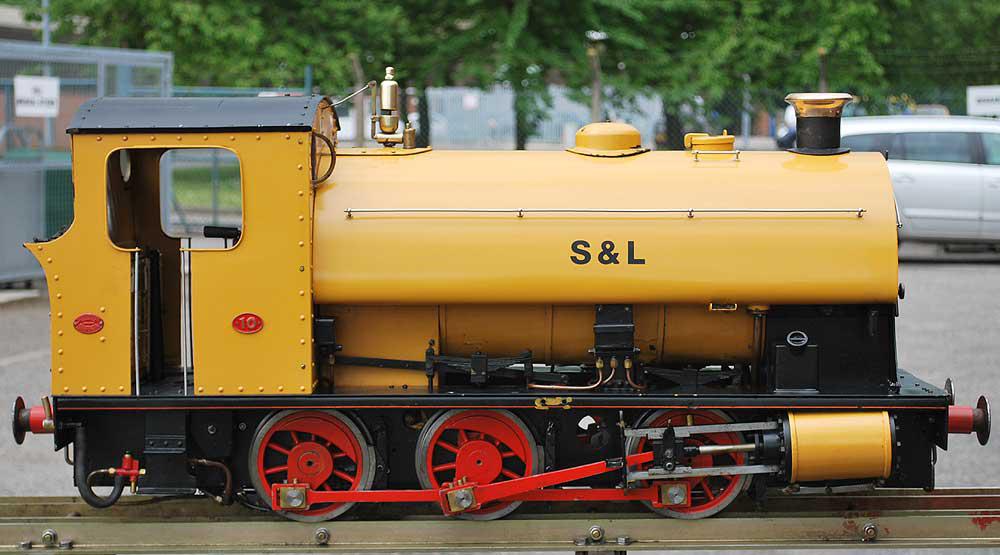 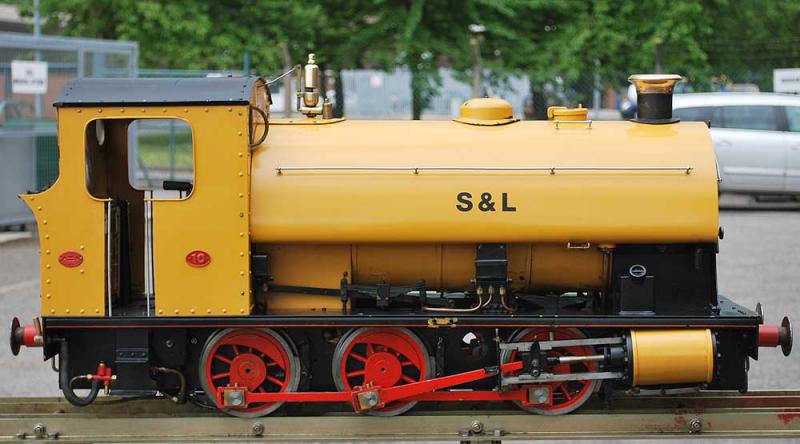 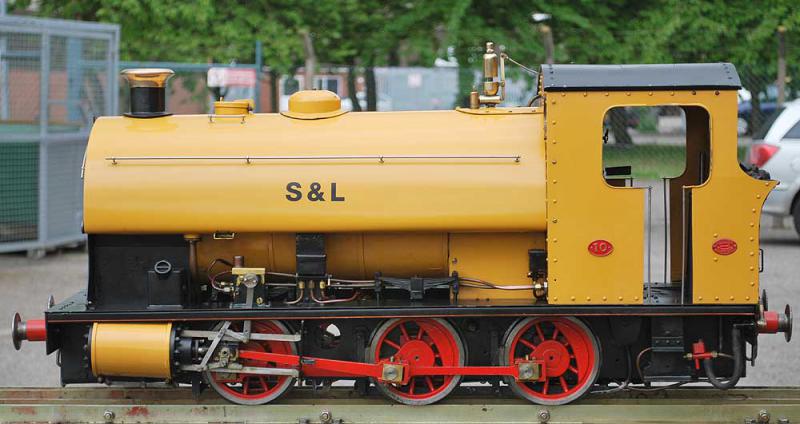 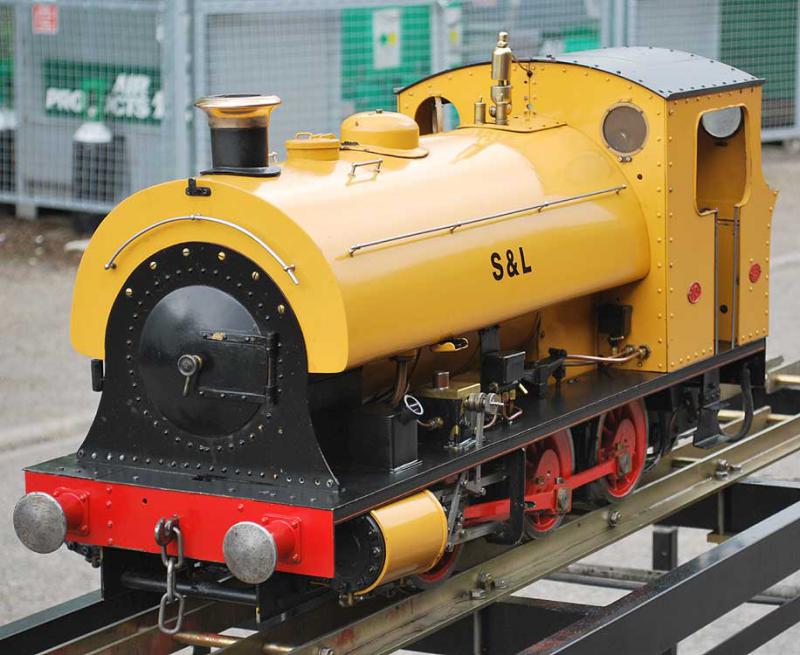 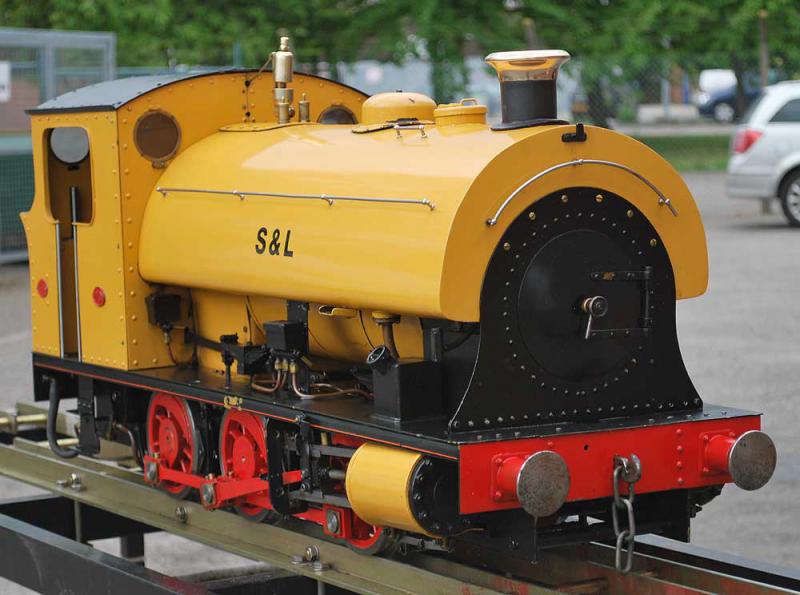 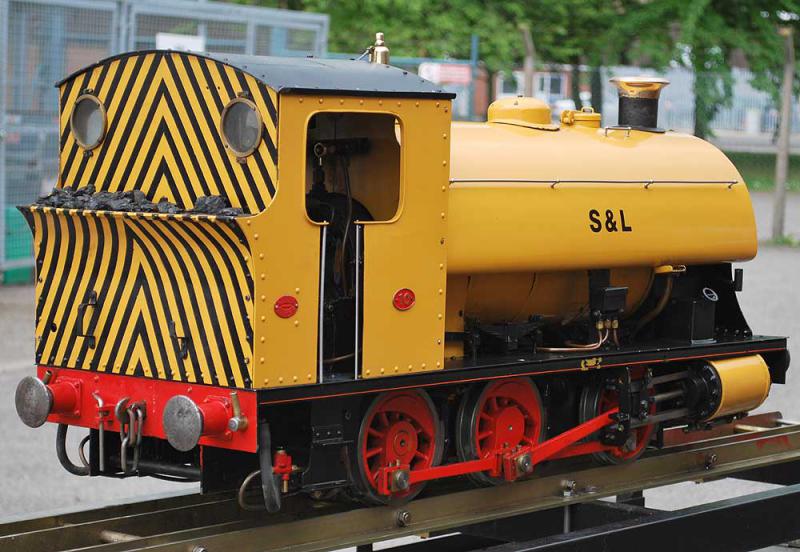 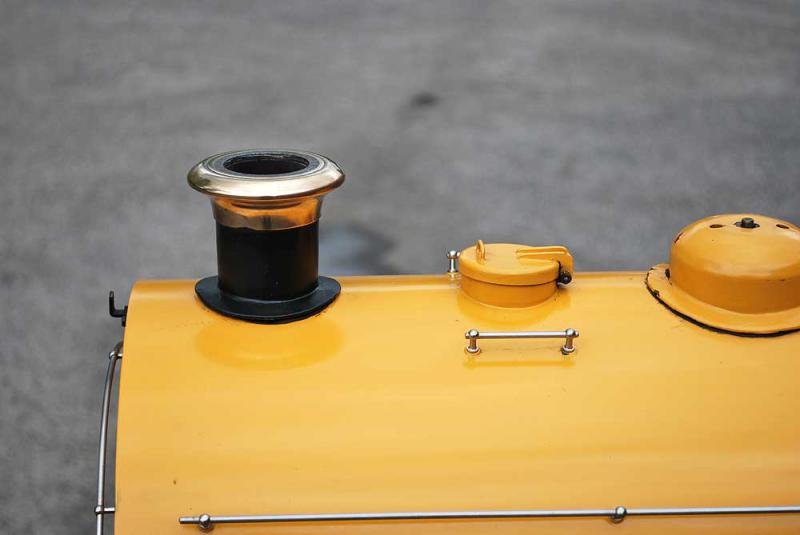 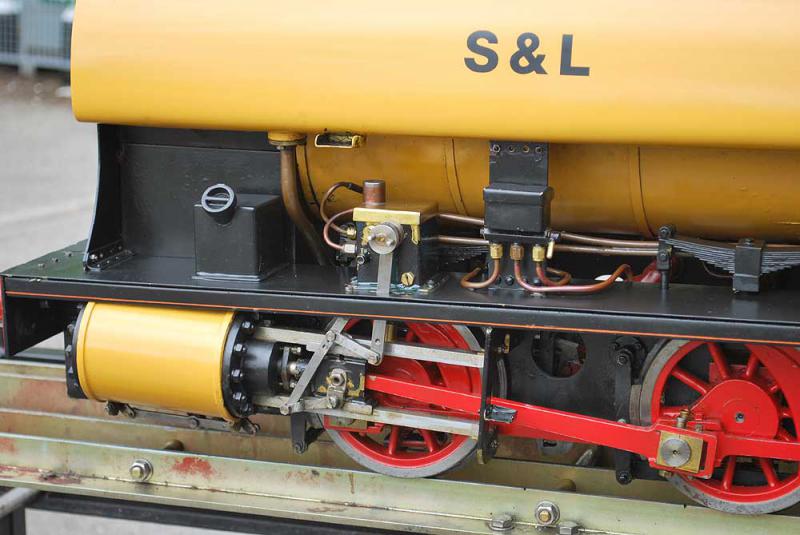 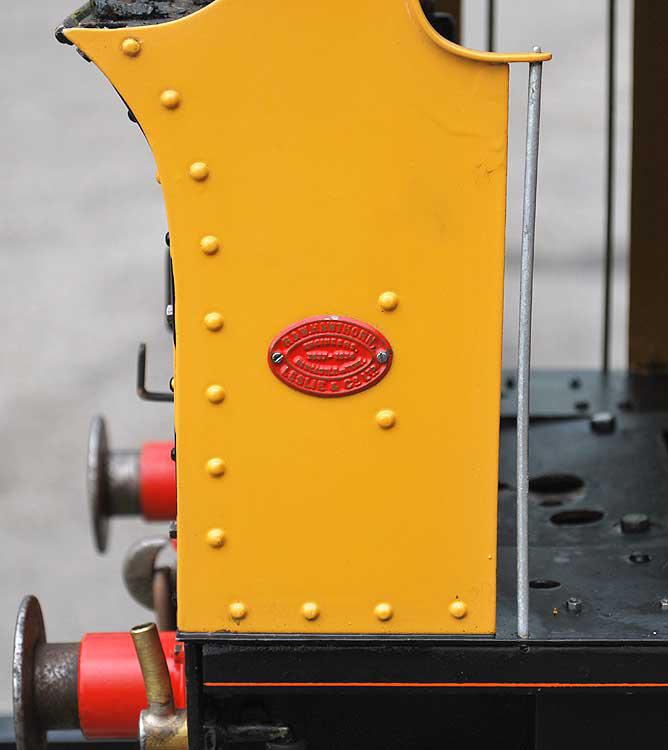 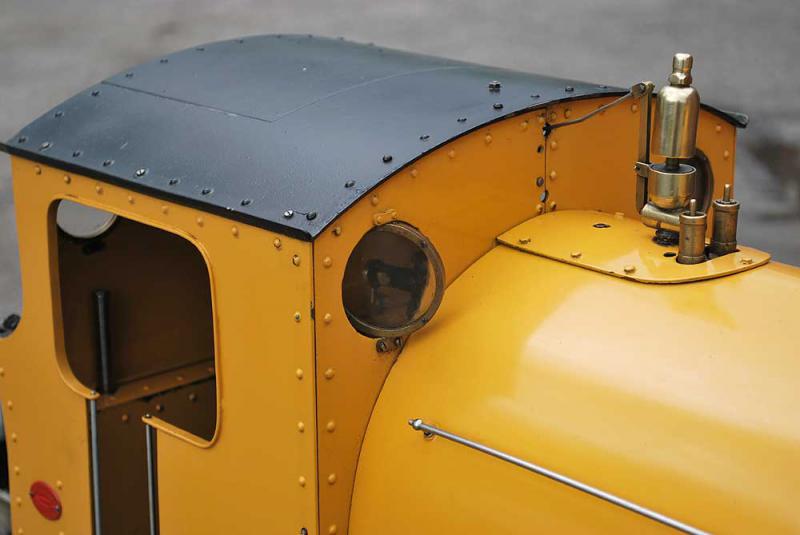 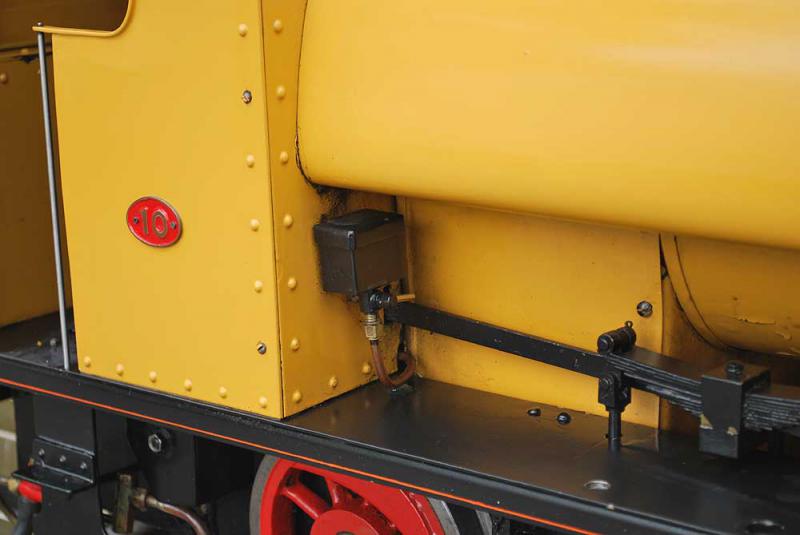 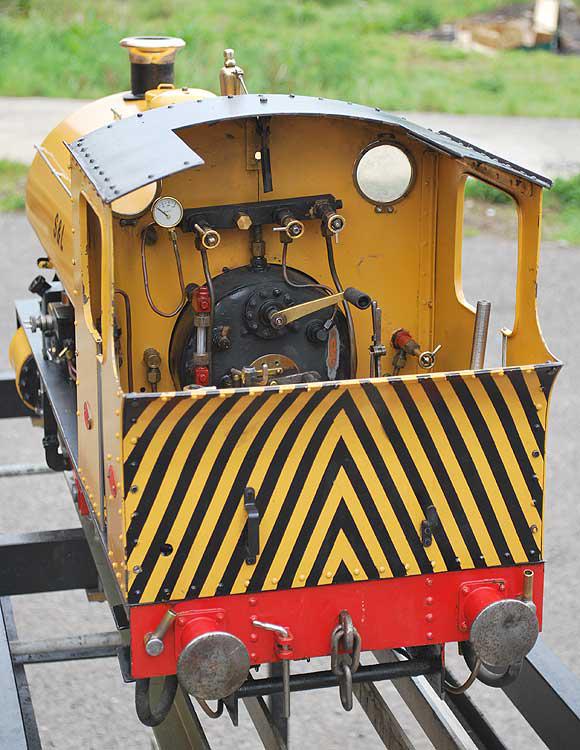 Ive had this one in before, its recently come back when its owner decided to downsize to 5 inch gauge. Built, along with an identical 5 inch gauge sibling, by an experienced engineer, it is based on the engines which ran around Stewarts & Lloyds steel works at Corby up until the 1970s (we lived in Stamford at the time, I remember my father taking me to watch them shunting in the yard).

Words, pictures below are all from last, it looks just the same now, having been steamed on a handful of occasions since last here. Dale steamed it earlier in the week, still goes just as well as ever, there's a clip of it running in the workshop here.

Silver-soldered copper boiler with superheaters, 90psi working pressure, feed by twin injectors with an auxiliary handpump in the rear bunker - injectors are set up to be fed from a tank on a driving truck and work very effectively. There is a vestigial eccentric sheave on the rear axle for a pump, long since removed. More recently a crosshead pump has been removed (because it looked horrible, but we've saved the bits).

Cast iron cylinders with slide valves actuated by Stephenson's gear with pole reverser in cab. Mechanical lubricator on running board, with sight feed in cab - works very well, reassuring and entertaining at the same time watching blobs of oil float by while you're driving. The rear axle has a cover fitted over the top to stop grit and ash falling into the axleboxes, which are lubricated from the two pockets mounted on the cab front beneath the saddle tank.

The engine was built in the 1980s, although has spent the last twelve years on display in an upstairs room (and Geoff is never going to let me forget carrying it down two flights of stairs together). It's had a twice pressure hydraulic test in the last week followed by a steam test, it now has a complete, up to date set of documentation in addition to it's original club paperwork.

Complete with a length of ballasted display track.