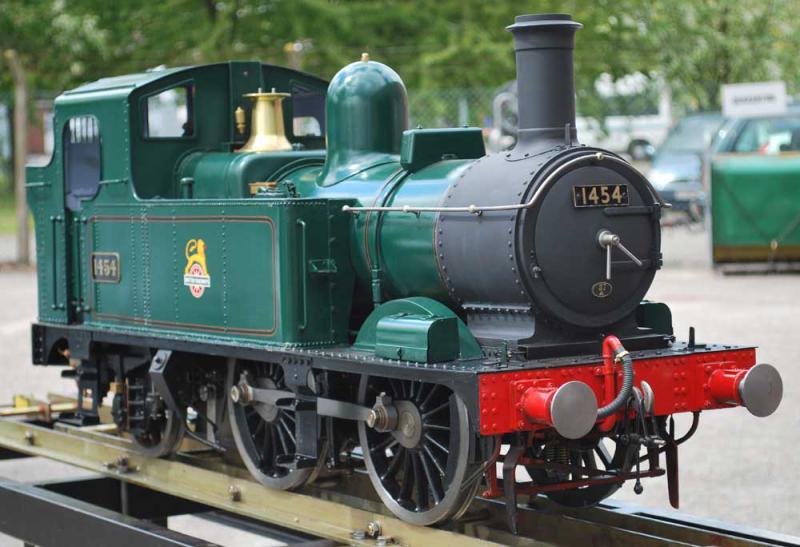 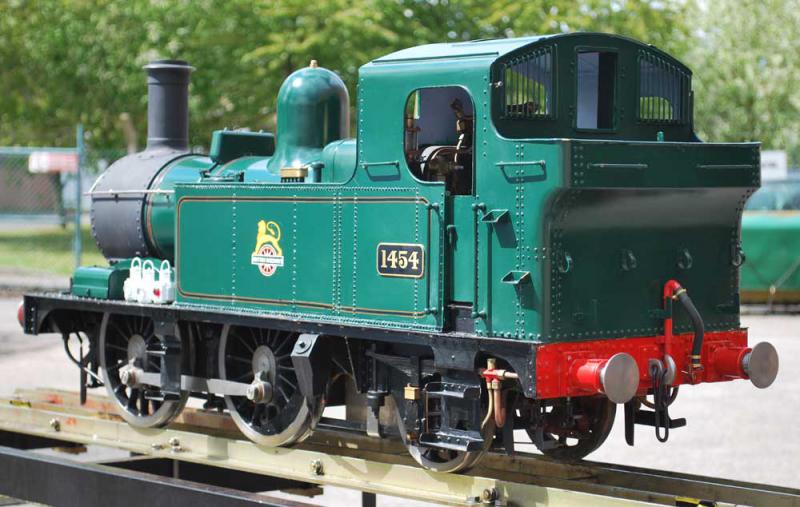 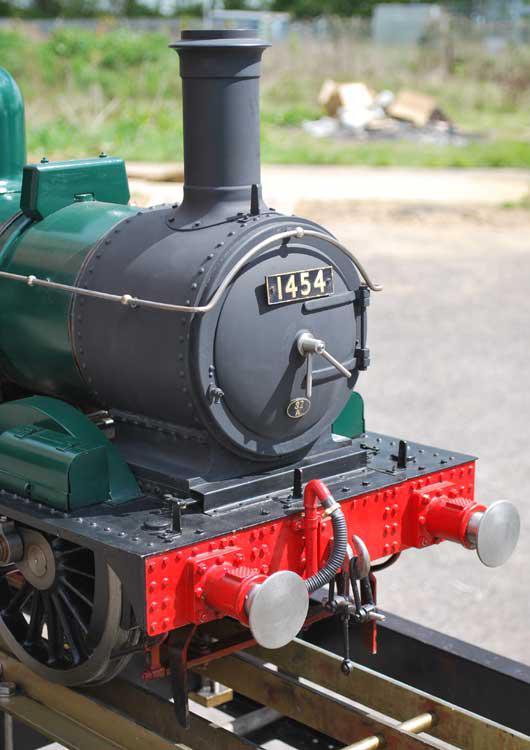 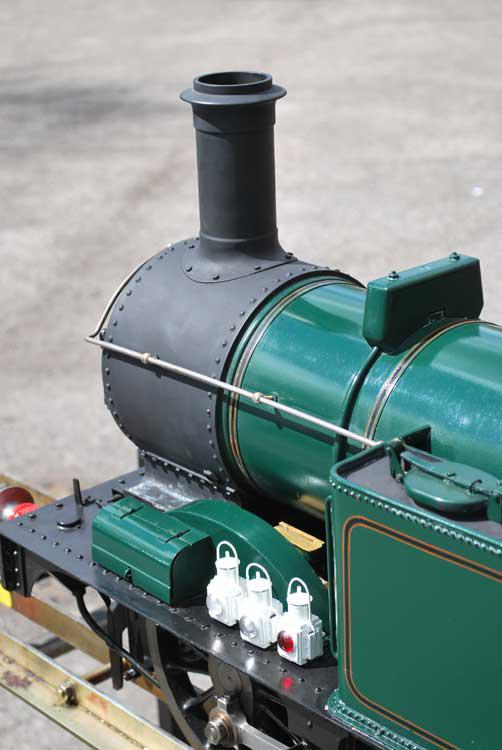 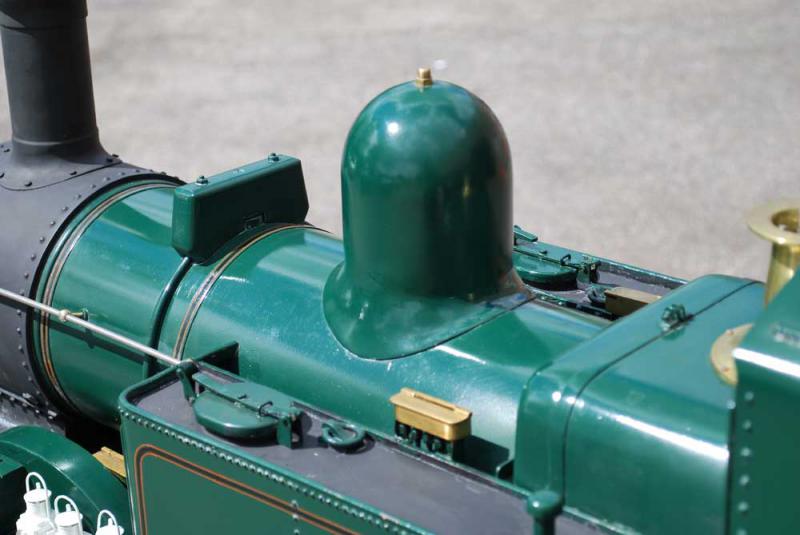 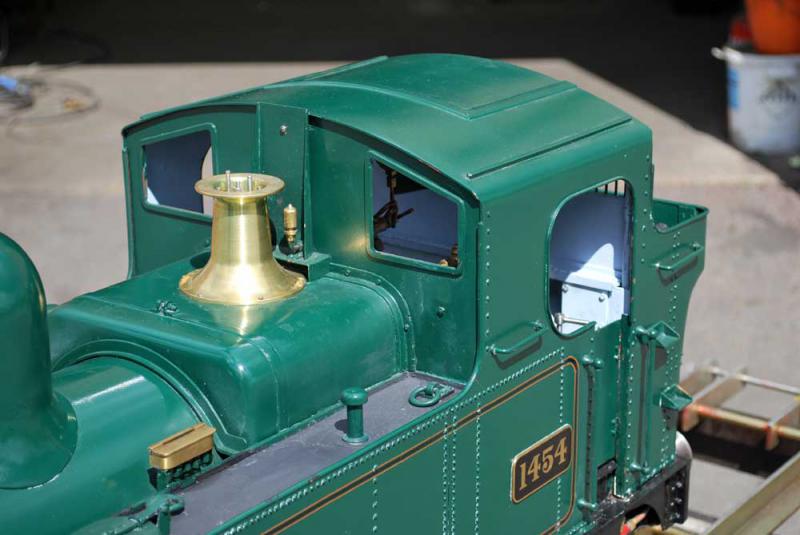 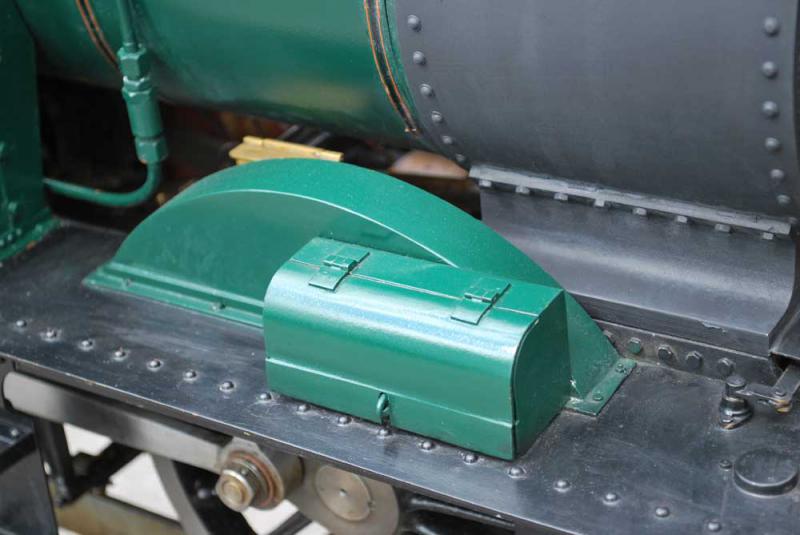 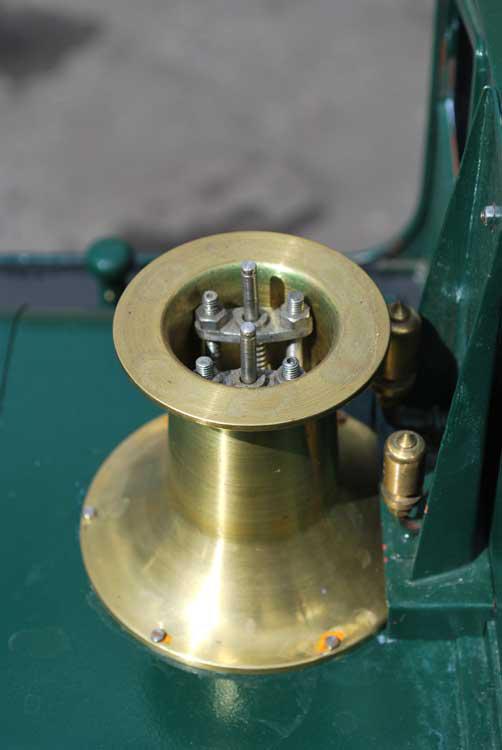 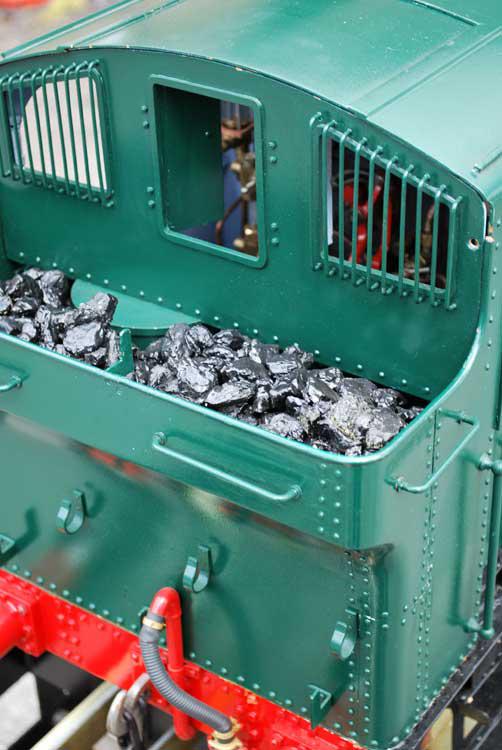 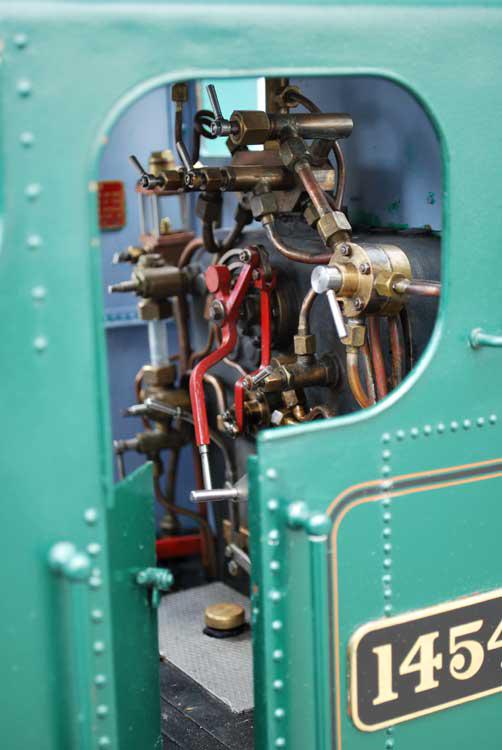 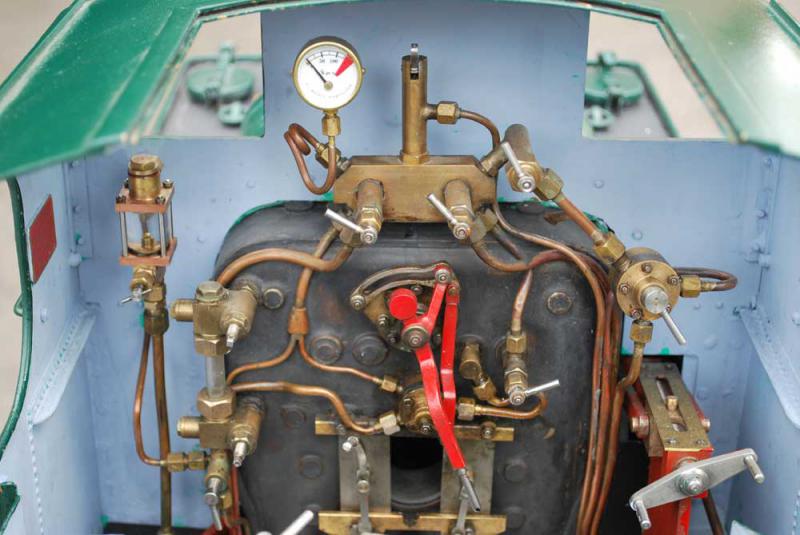 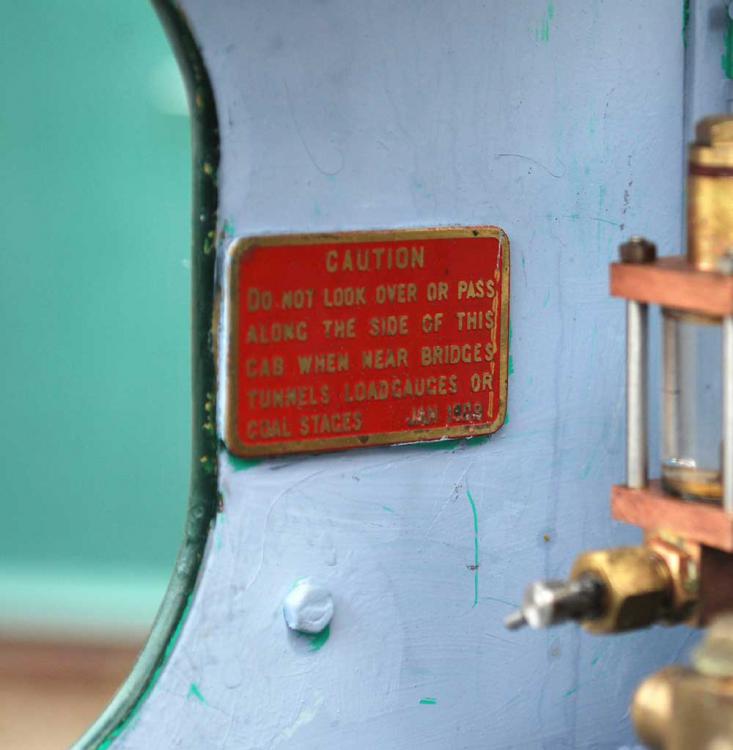 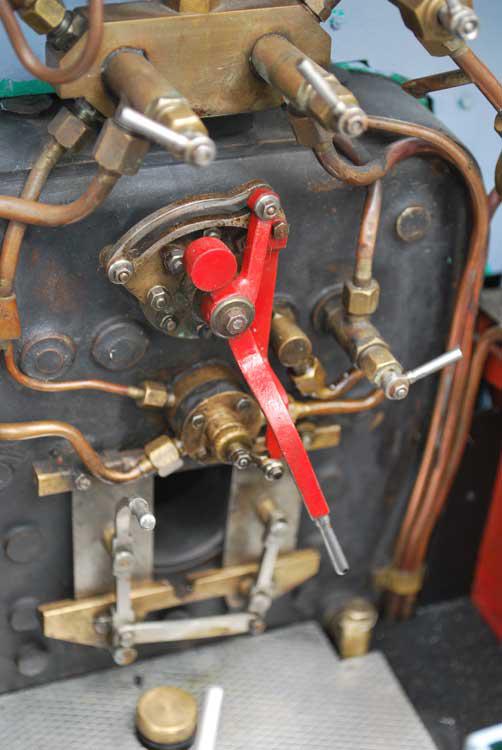 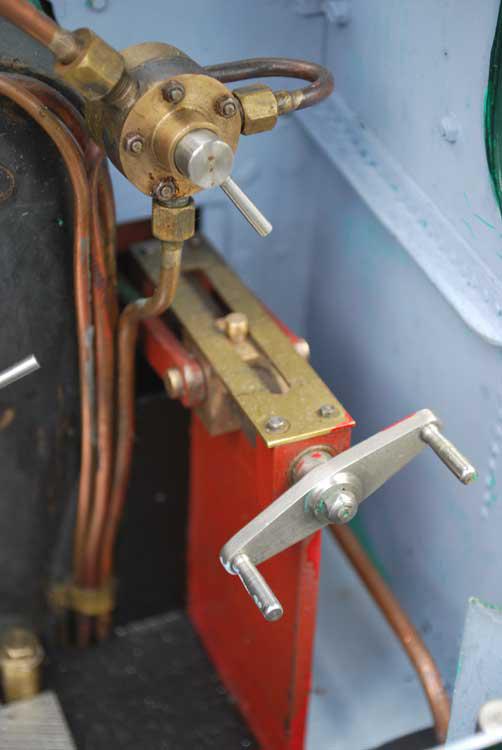 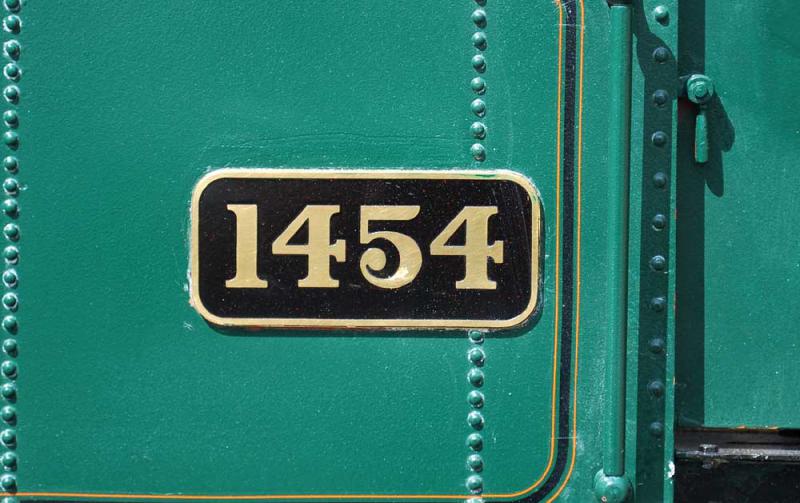 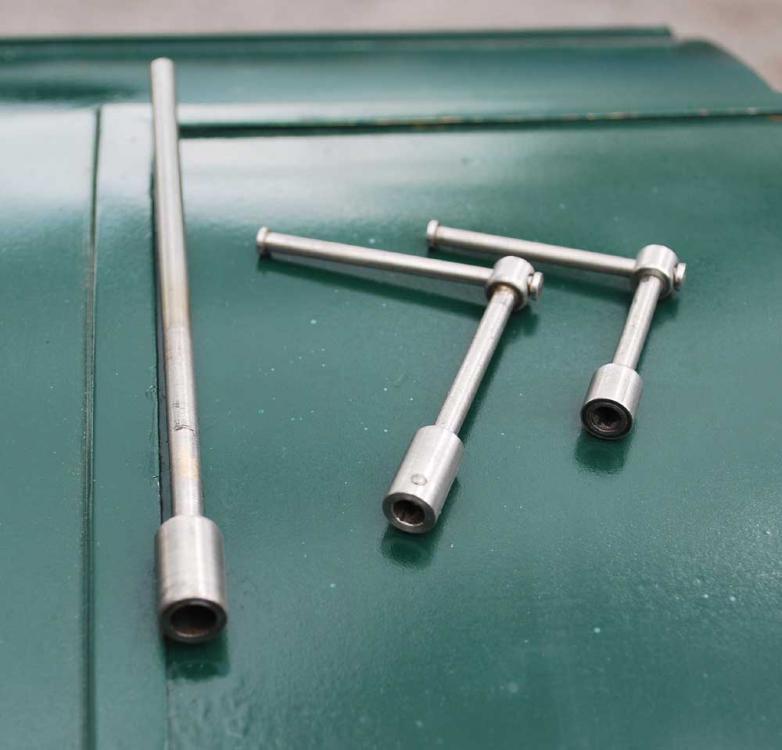 A 7 1/4 inch gauge GWR 14xx 0-4-2T to Martin Evans' "Dart" design. The first of three engines built by a gentleman on retirement from industry, this, his first, took a Very Highly Commended award at the Model Engineer Exhibition. Obviously taken by Evans as a designer, he went on to build "Caledonia" and got a good way through "Highlander" before, at 80 and with a house move pending, decided he'd had enough playing with the heavy stuff whereupon all three came here.

Very much a builder rather than driver, none of his engines ever went out to a track, all were test steamed at home to check they worked (and amuse the grandchildren) before being put aside for work to start on the next project - as a result both this and the "Caledonia" remain in as-new condition.

The engine has been well-built and nicely-detailed - it comes with a variety of tools for routine maintenance including an extended socket spanner for the blowdown valve. We had it in steam earlier in the week, it runs well.