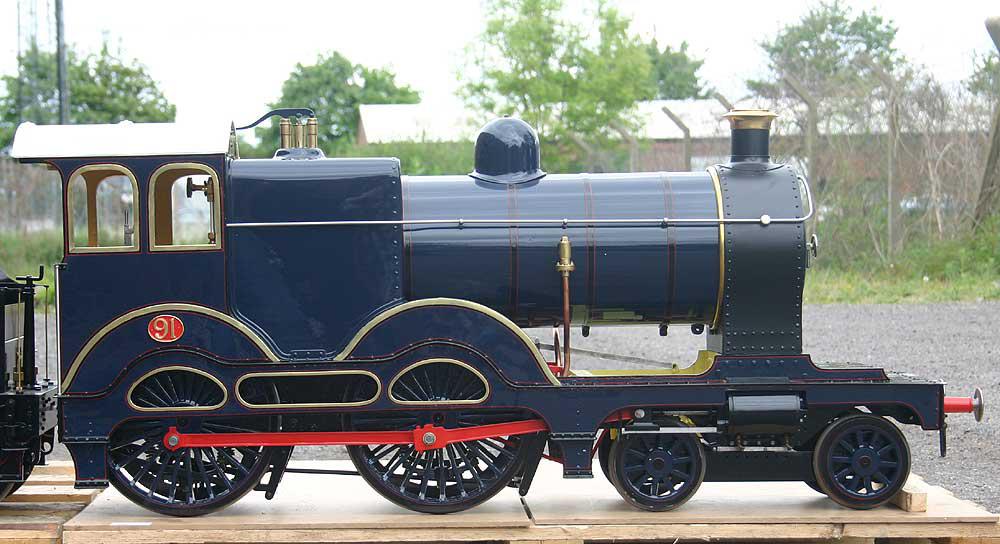 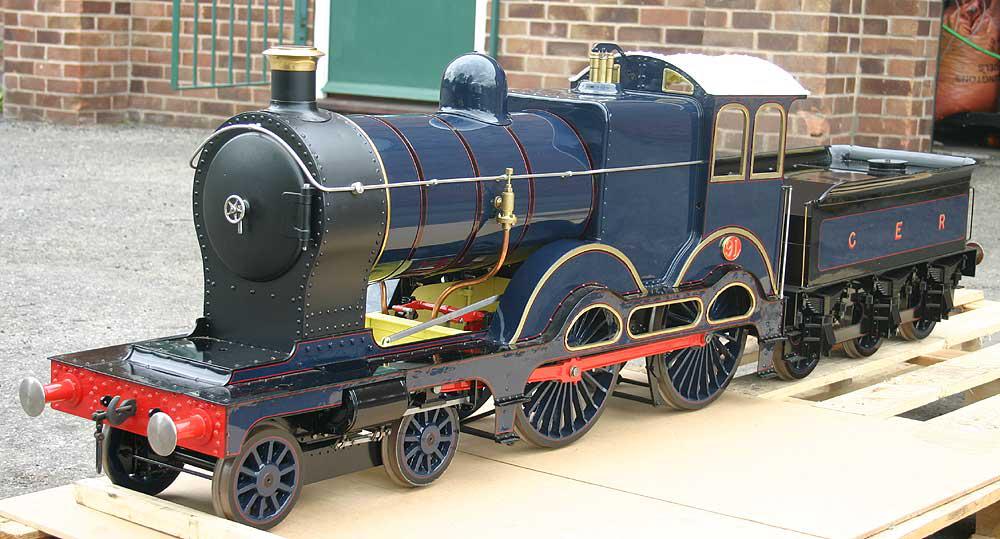 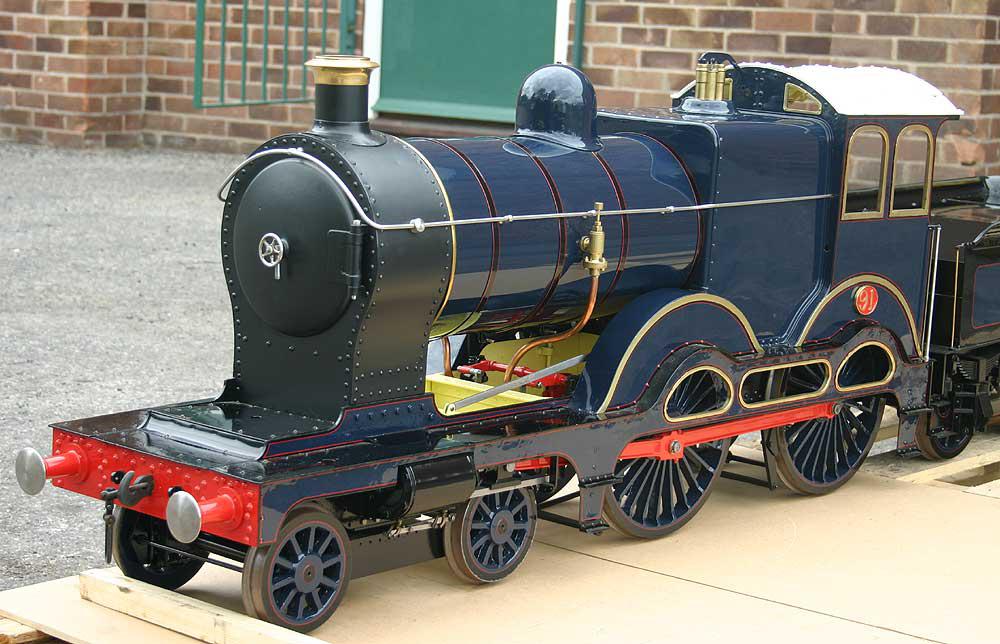 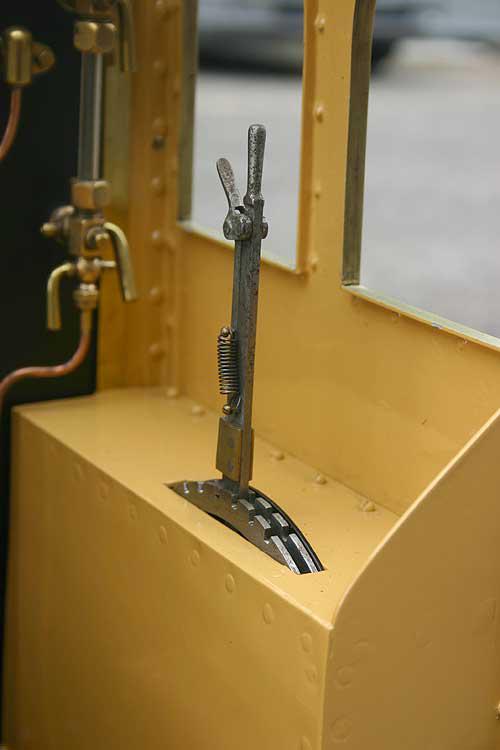 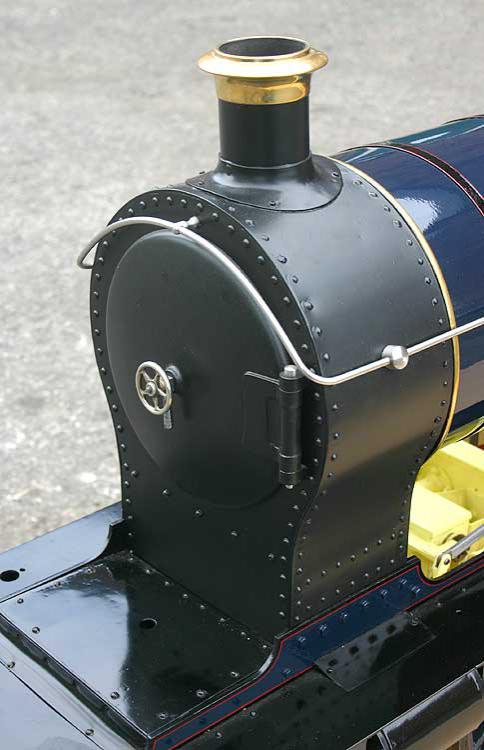 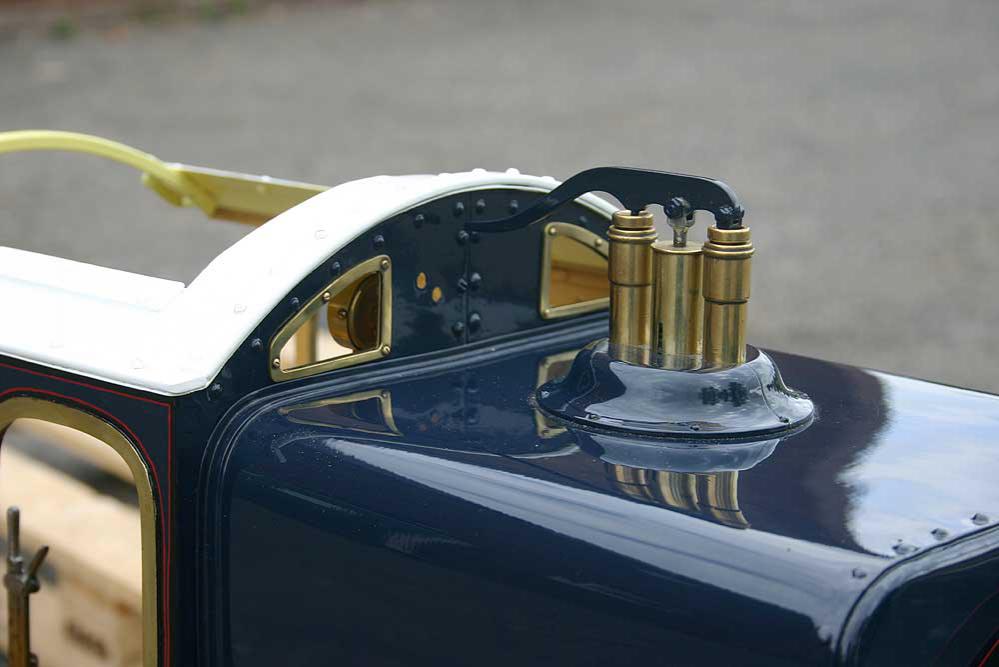 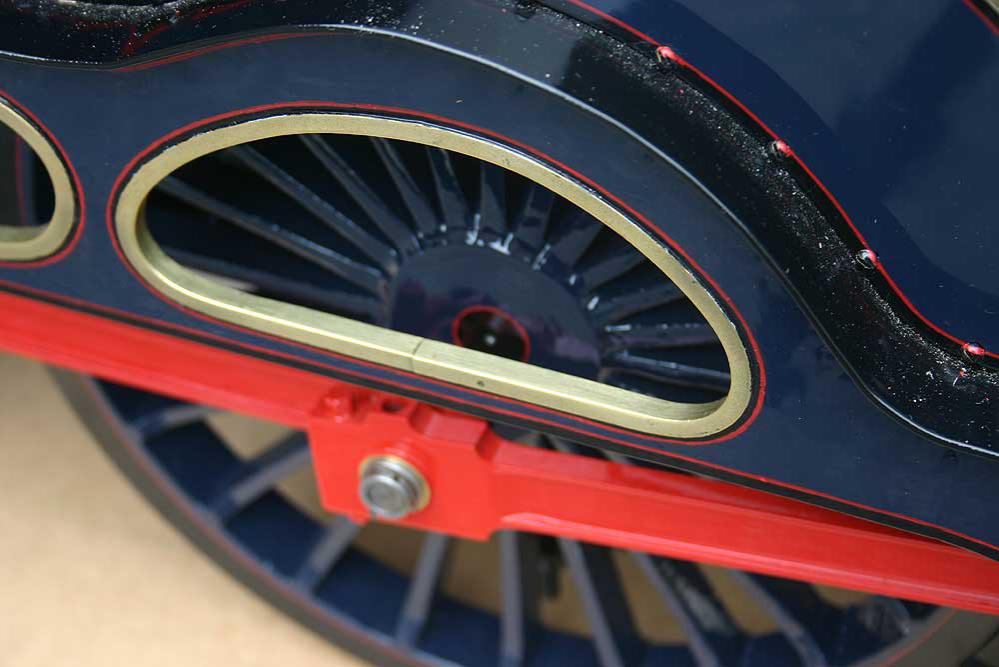 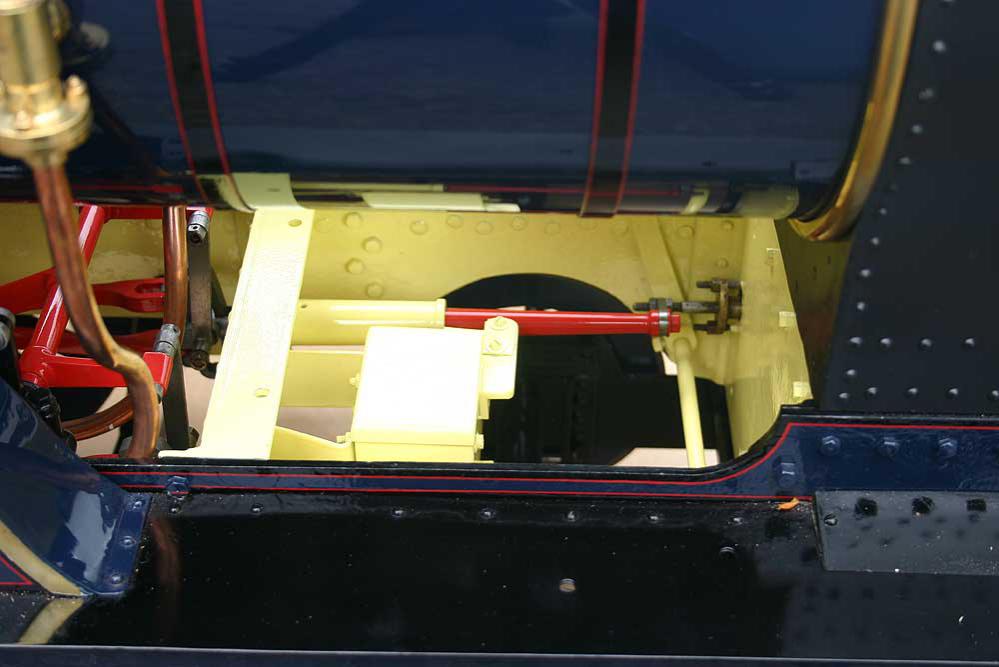 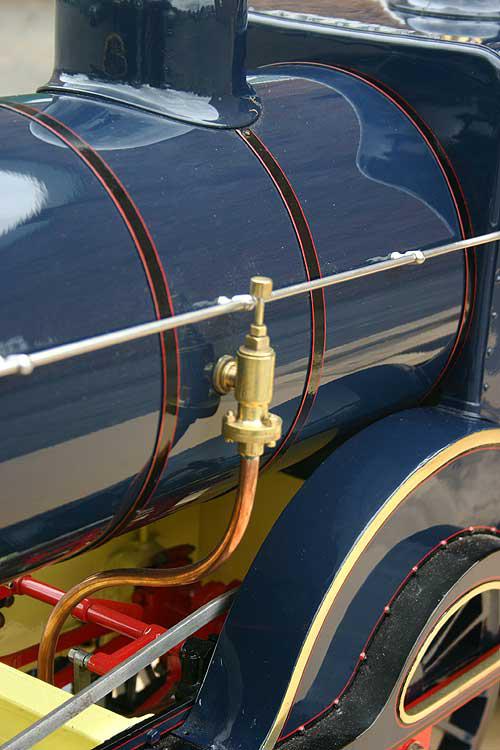 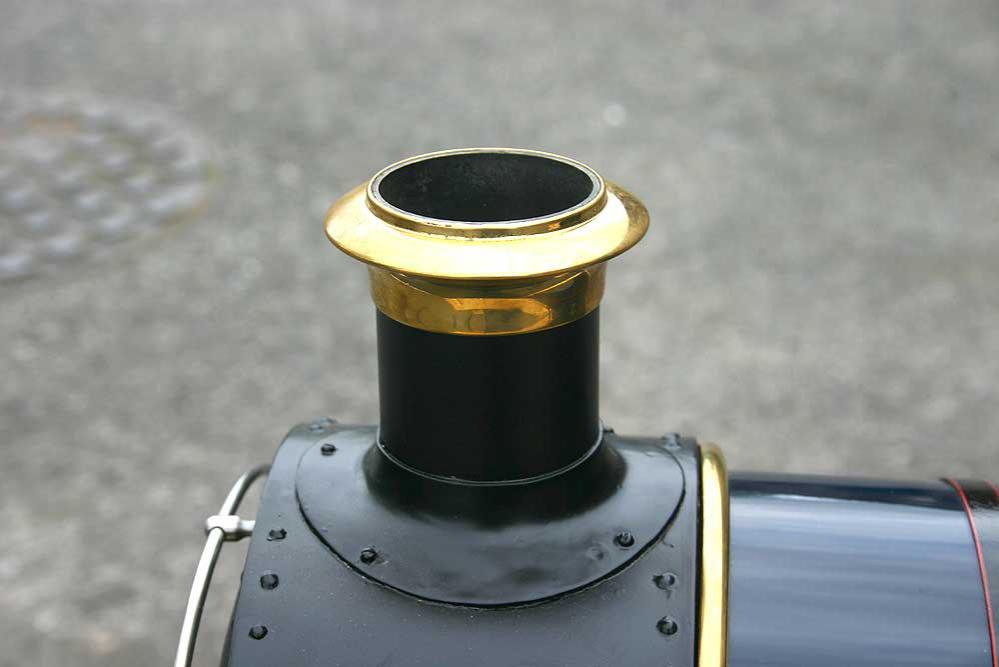 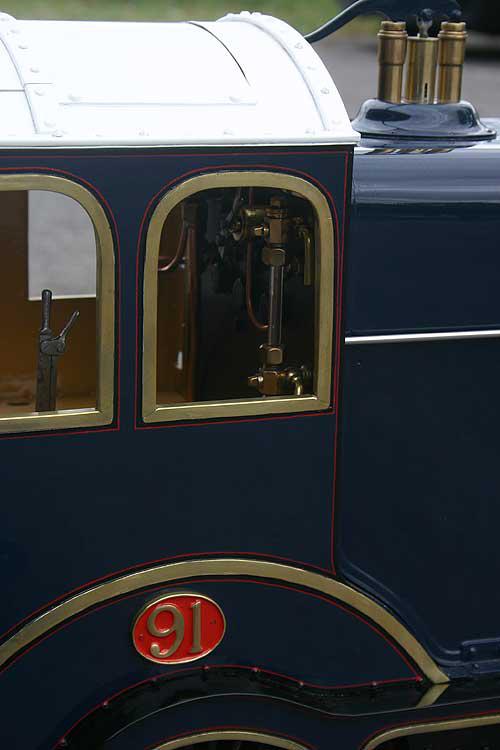 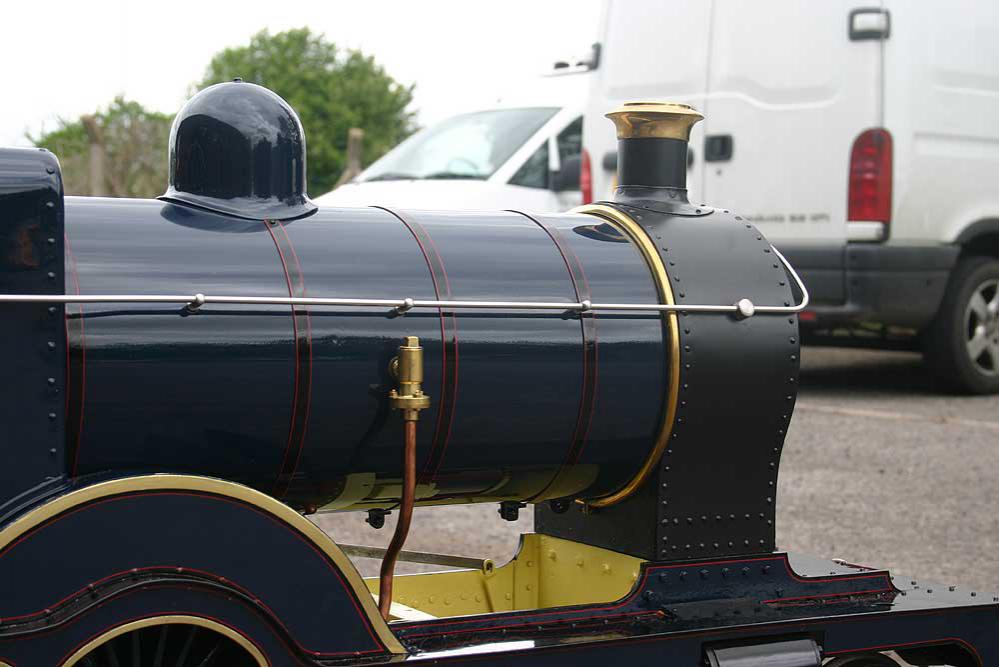 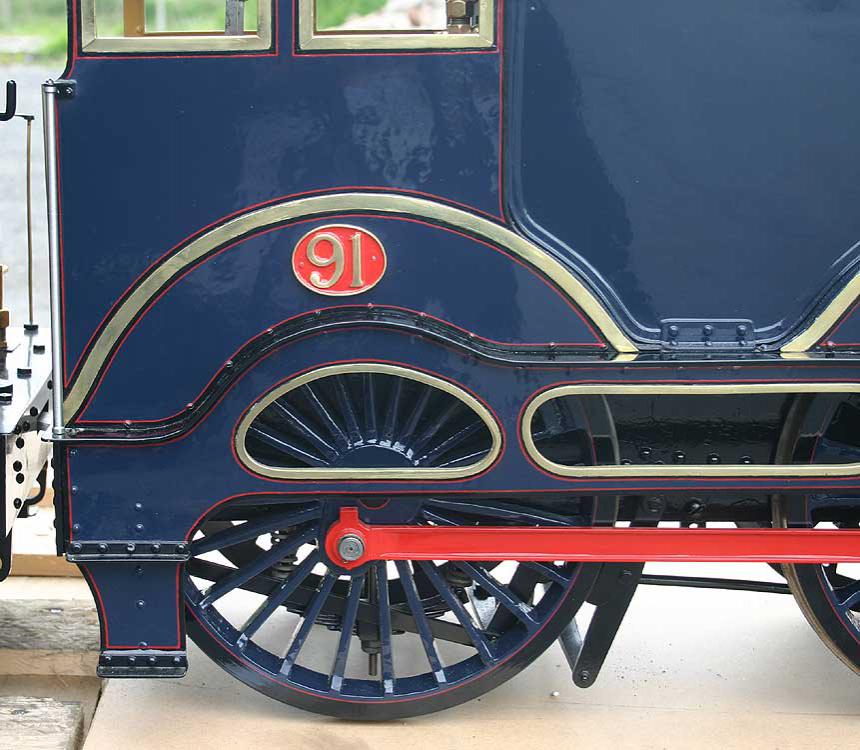 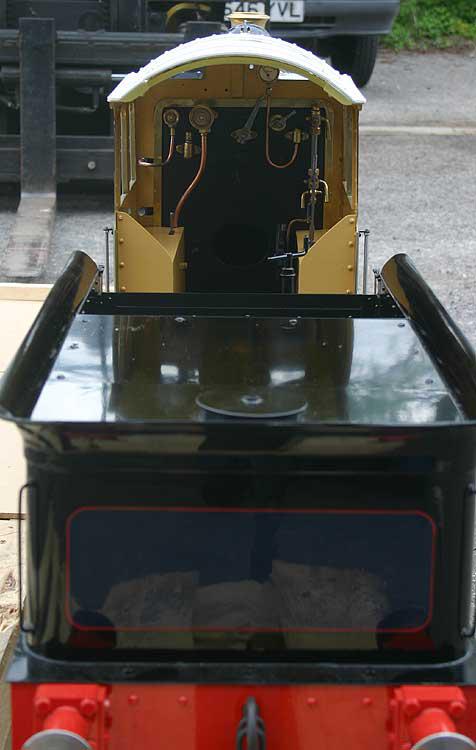 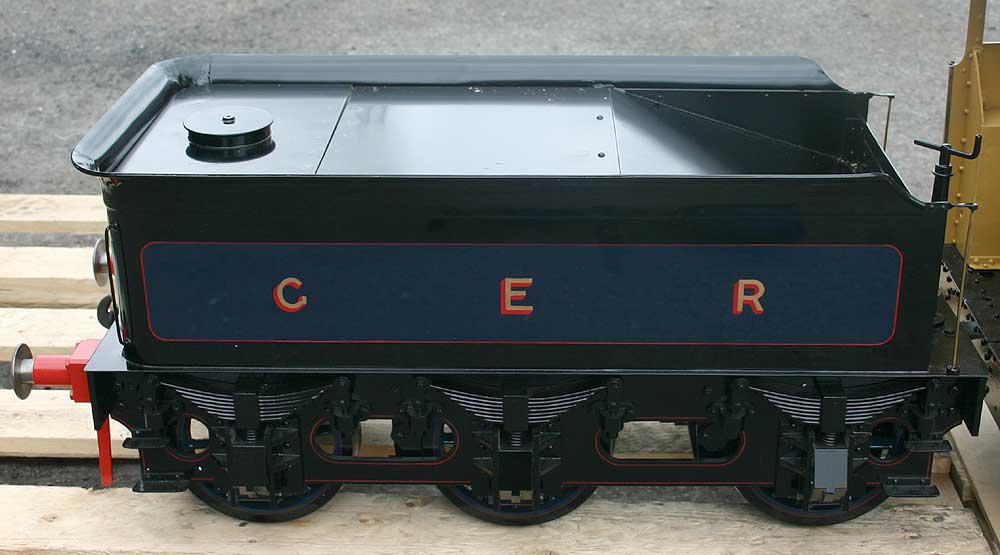 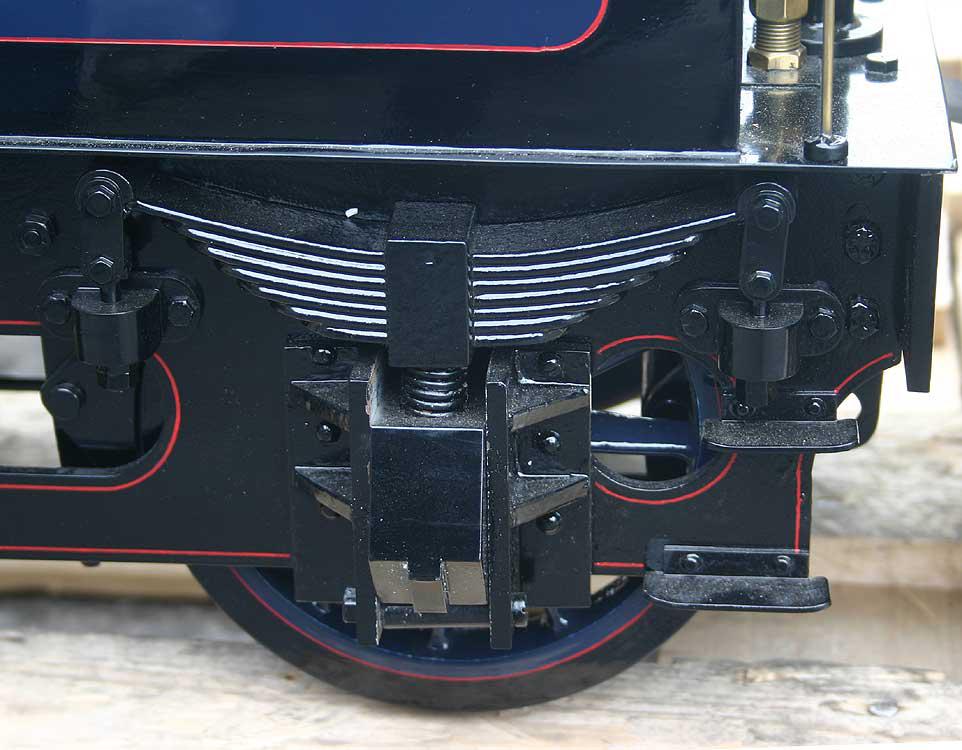 Somewhat of a mystery this one. It looks to be quite ancient - my guess is it was built in the 1920s - based loosely on a Great Eastern Railway "Claude Hamilton", although with outside, rather than inside cylinders. It is finely engineered and still appears to retain many of its original boiler fittings, again typical of the period. In more recent times it has had a very upmarket cosmetic restoration including a professionally executed paintjob with excellent lining and lettering to the tender.

Boiler is flanged and rivetted copper, it looks in remarkably good shape for what is possibly a ninety year old engine. It would once have had at least one injector and possibly an axle pump - there is a "spare" eccentric on the driving axle which now works a lubricator, but may well once have been for a pump. The clack valves on each side of the boiler have a short length of pipework "for show" which ends just inside the frames. There is a hand pump in the tender.

Caused much interest at the Harrogate Show where we put it on the stand, I've now got an idea of its history back to the 1960s, although nothing before that. I would be very interested if anybody can provide more information about the engine which, for now, sits looking handsome beside my similarly-gauged Stirling Single in the library.