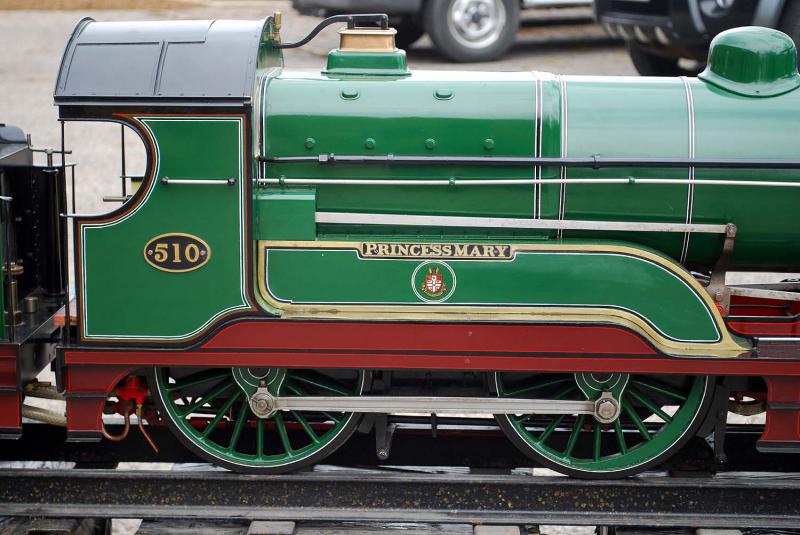 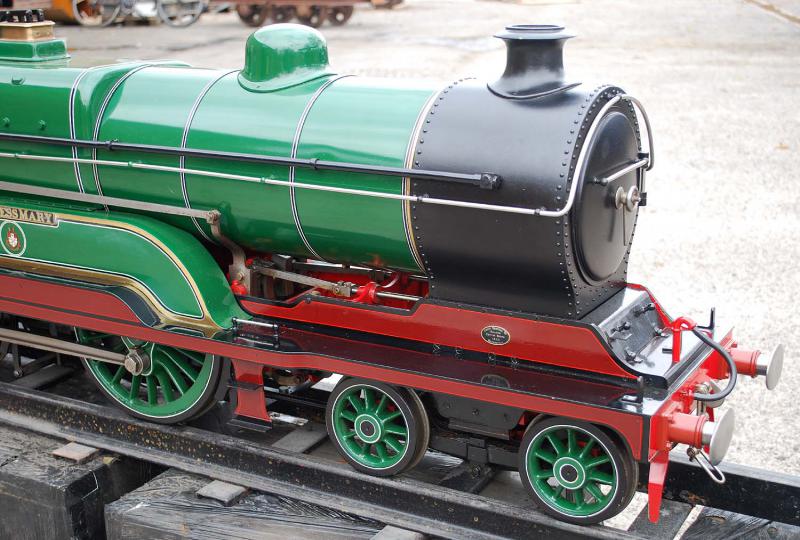 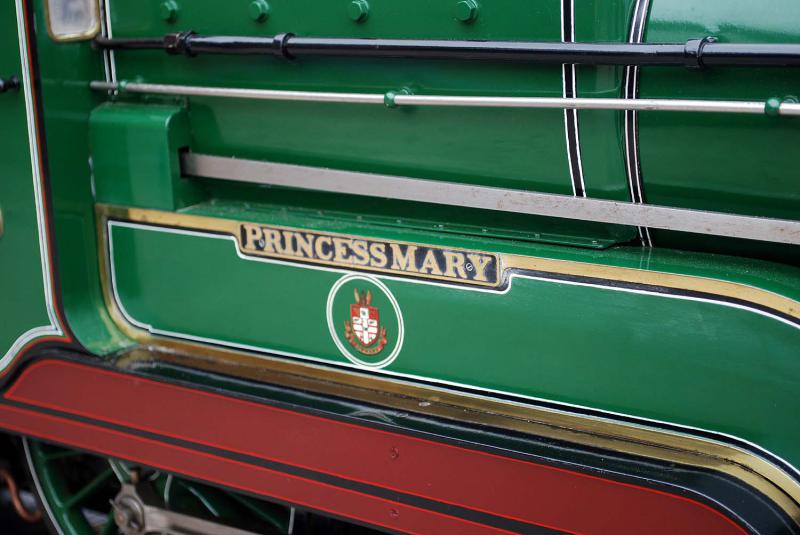 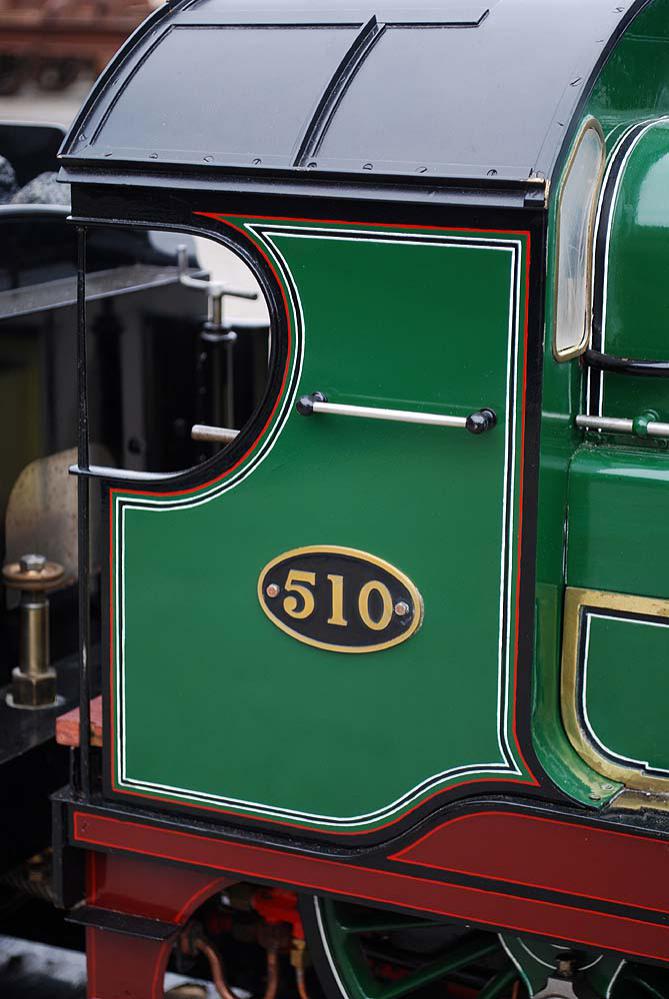 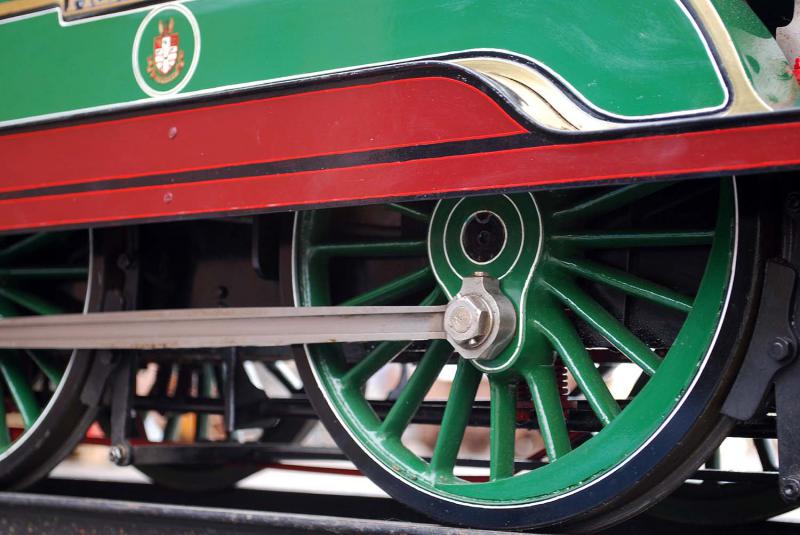 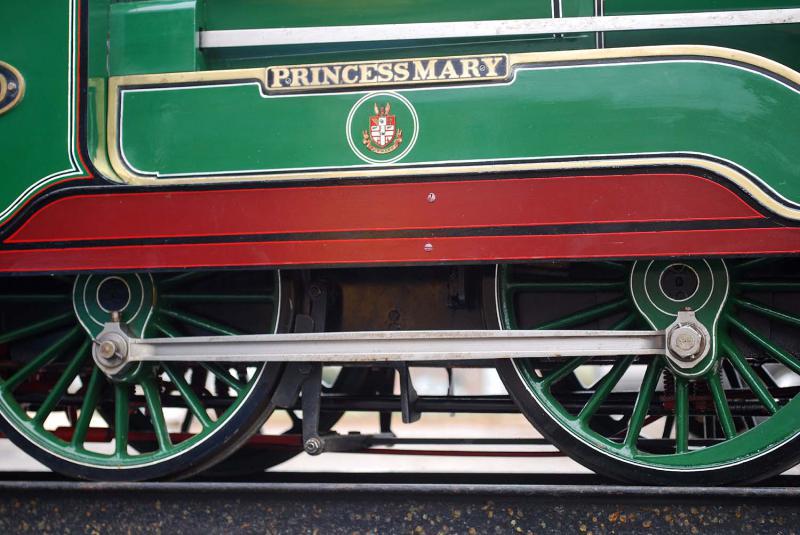 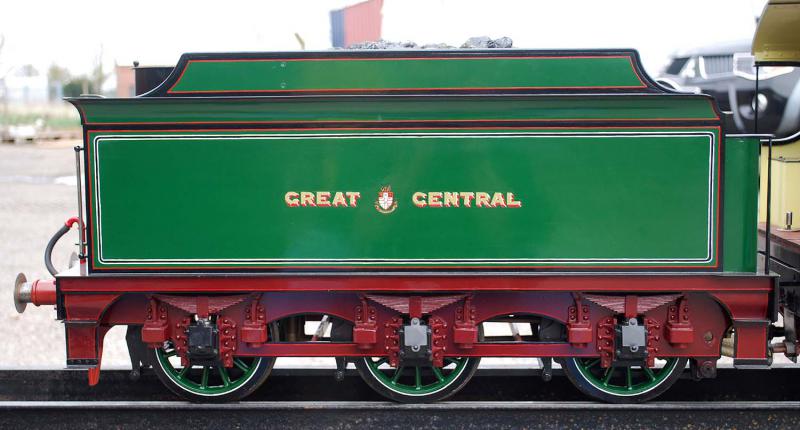 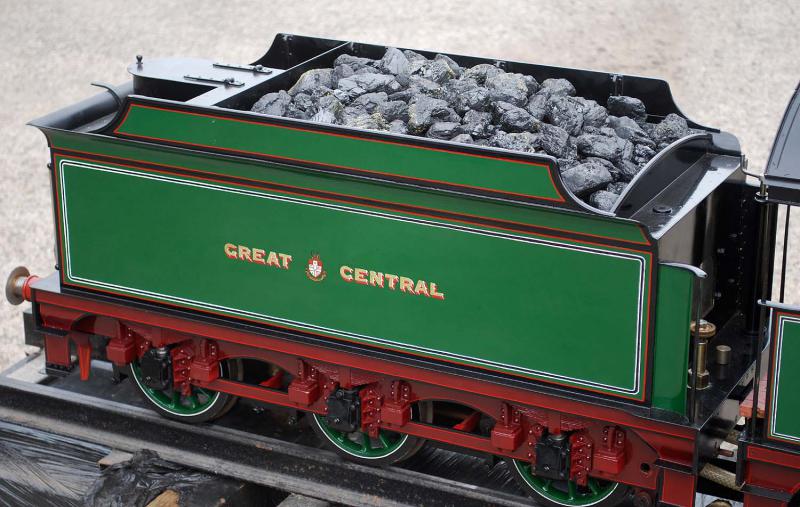 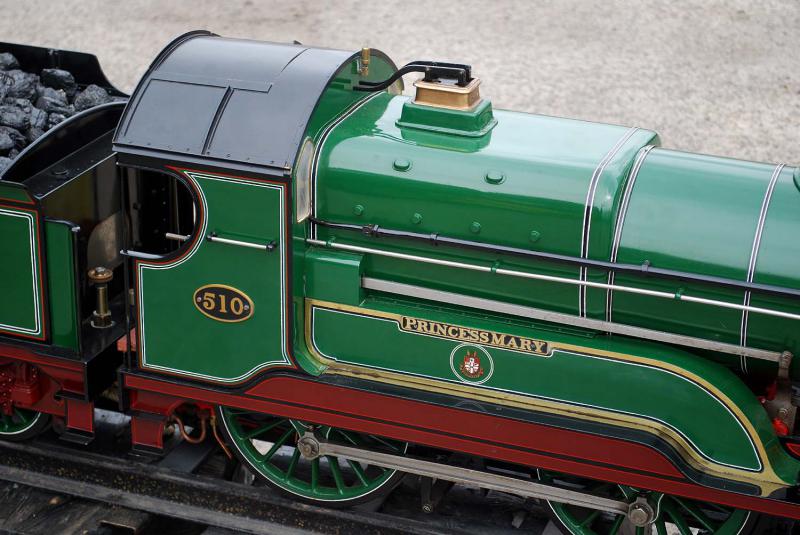 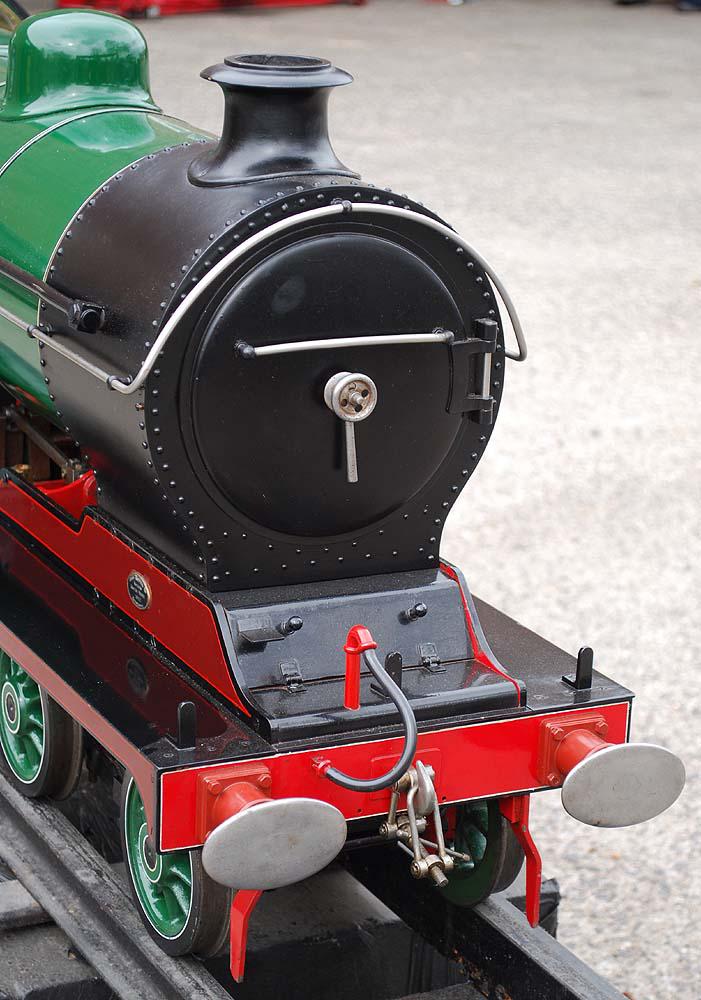 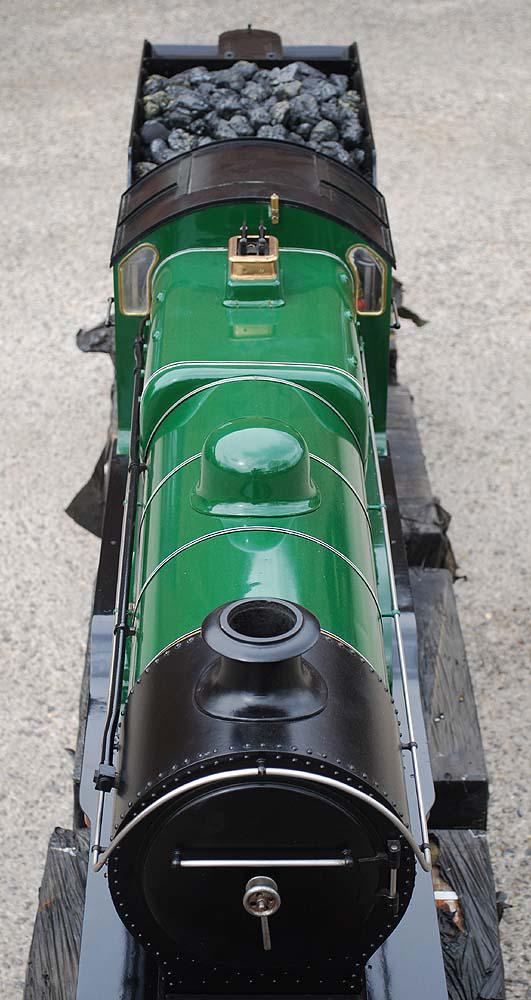 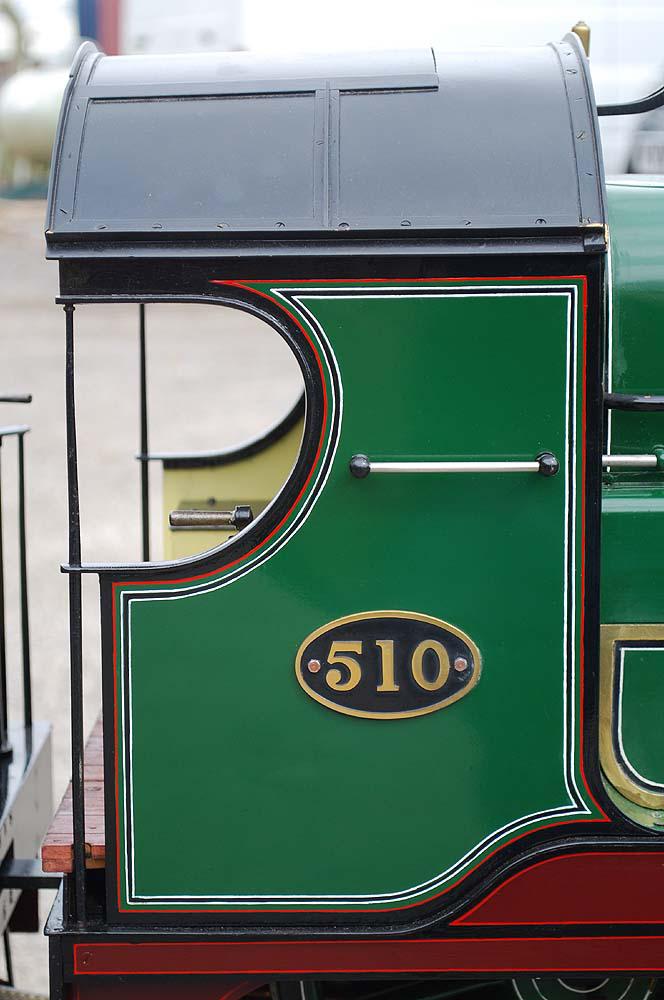 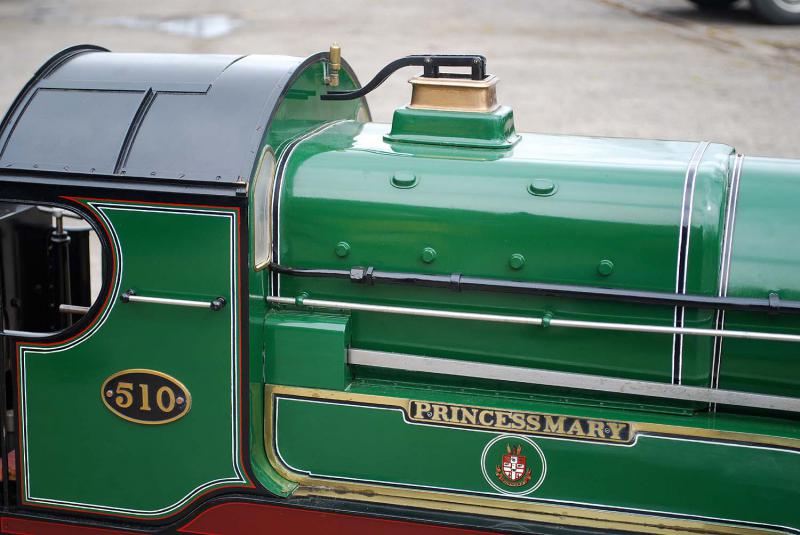 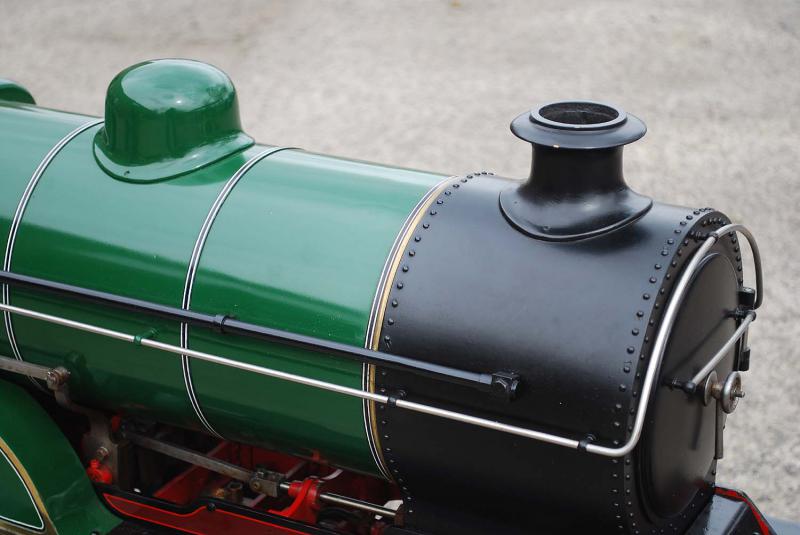 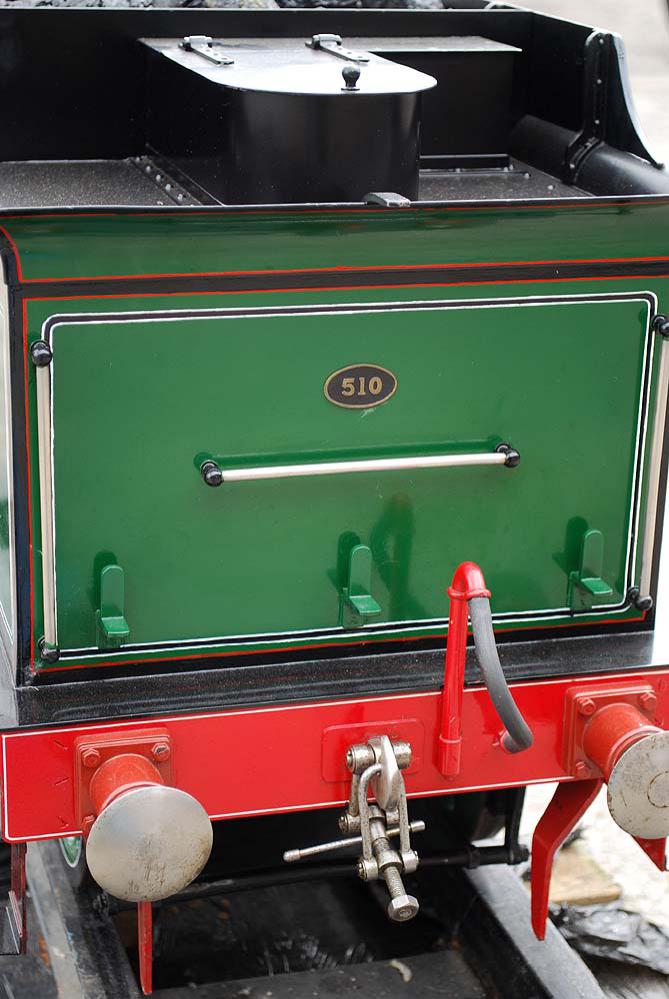 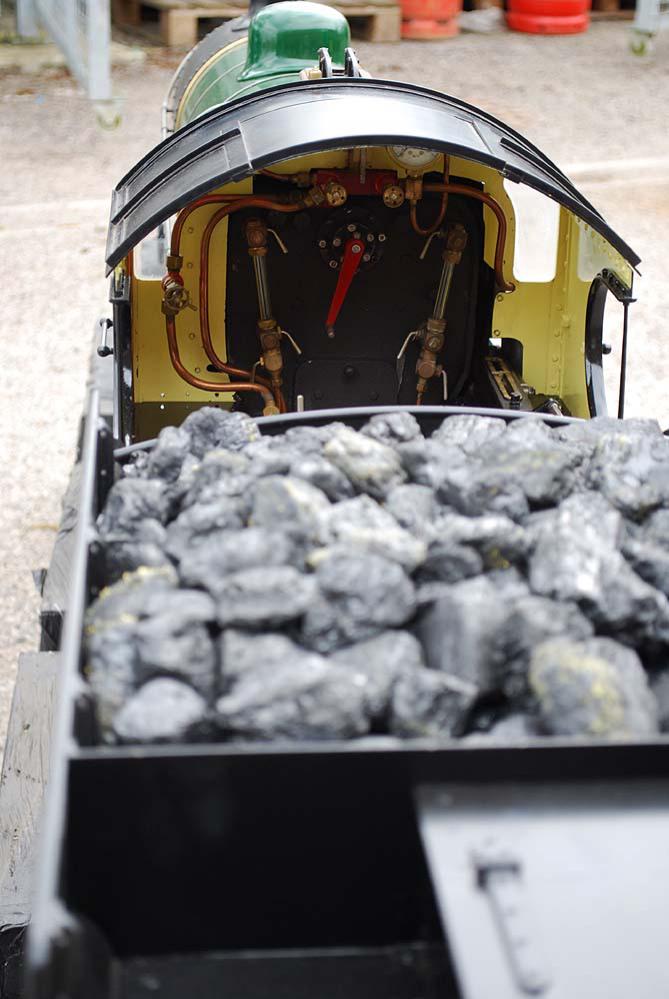 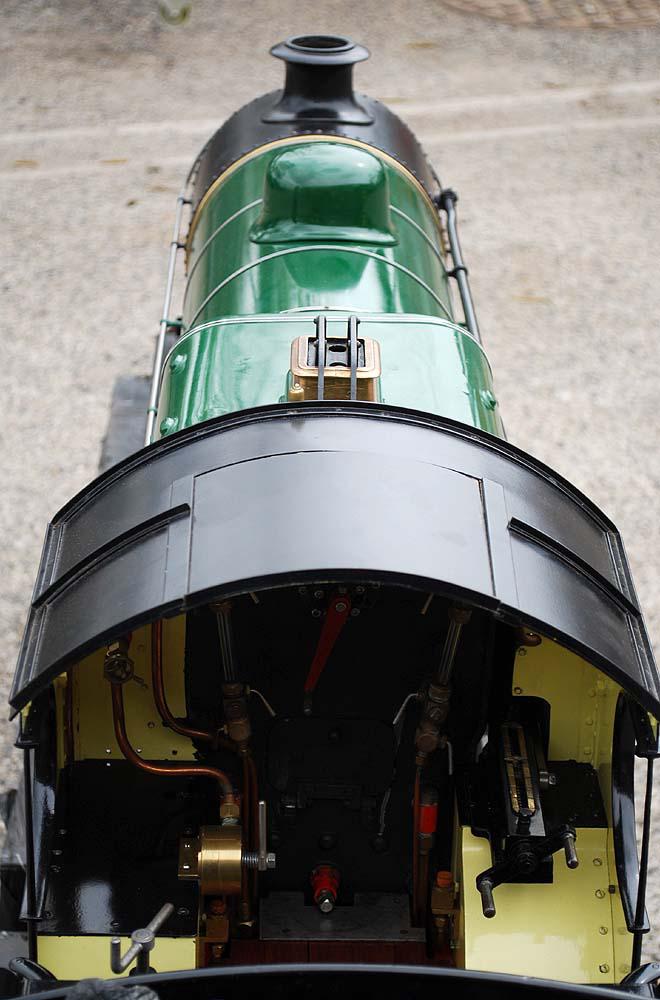 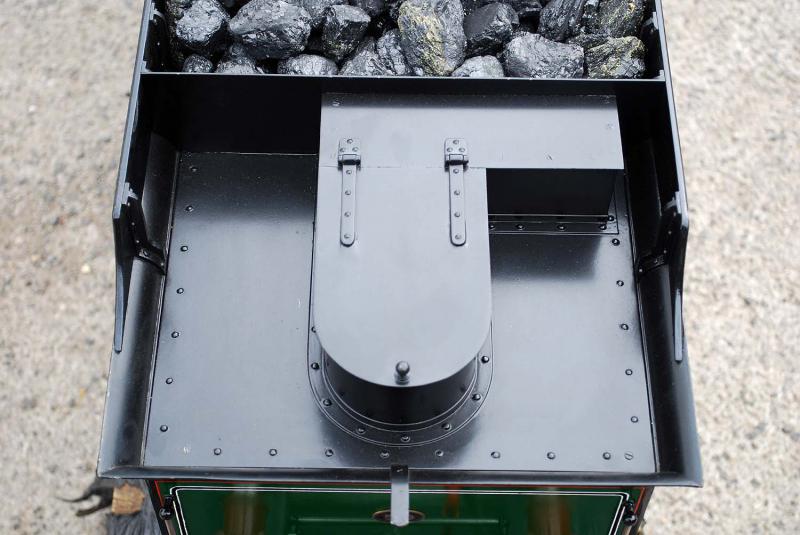 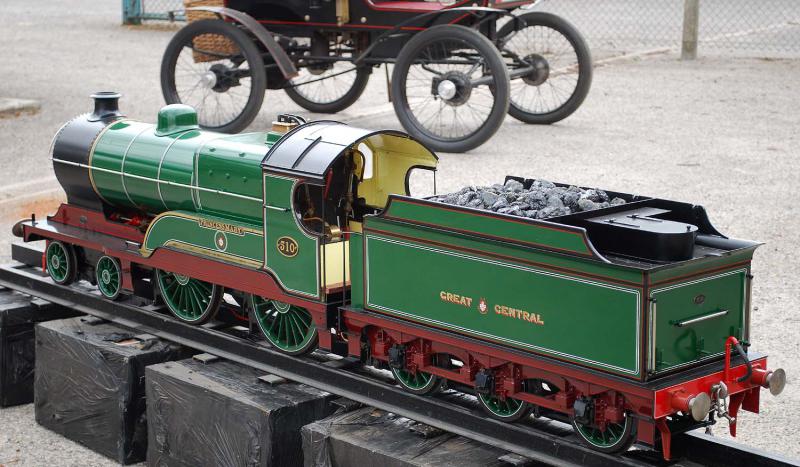 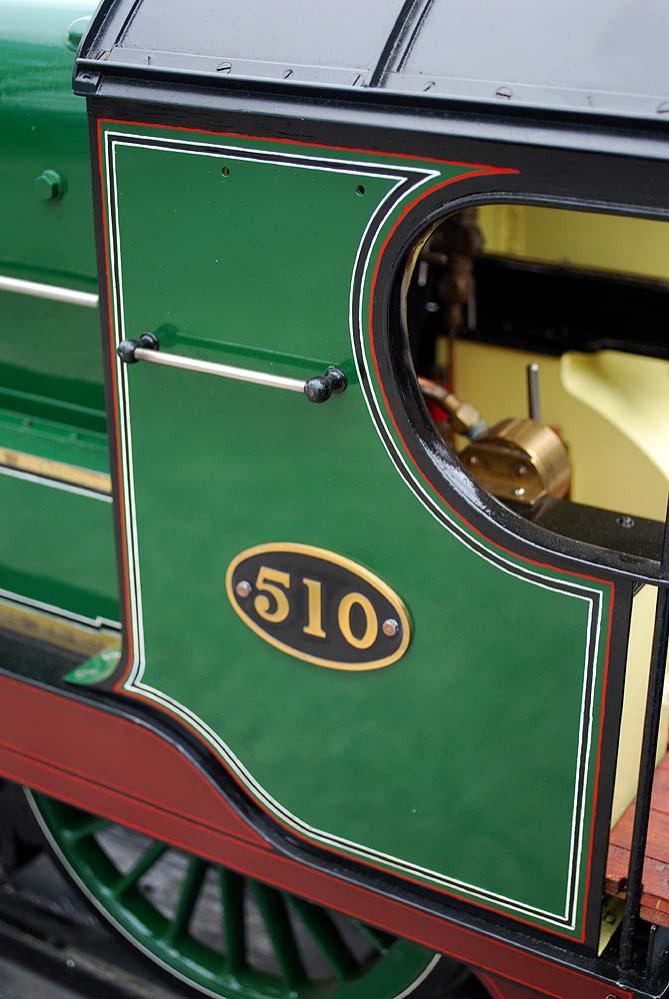 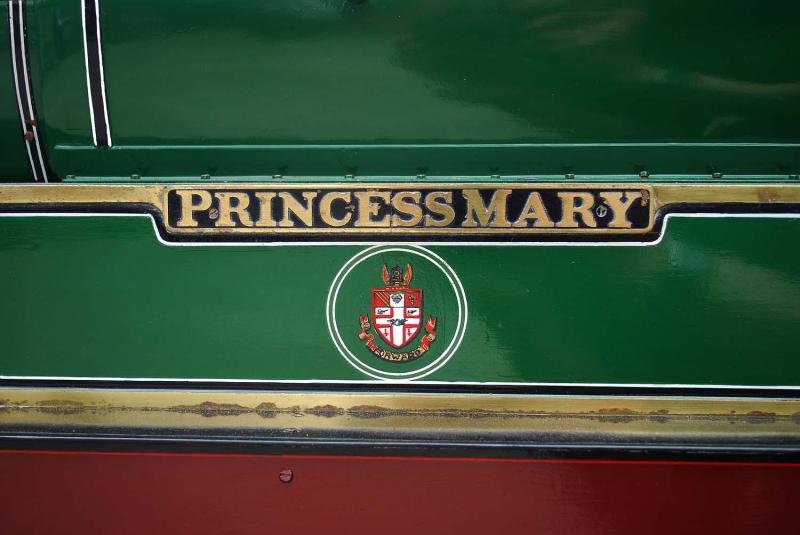 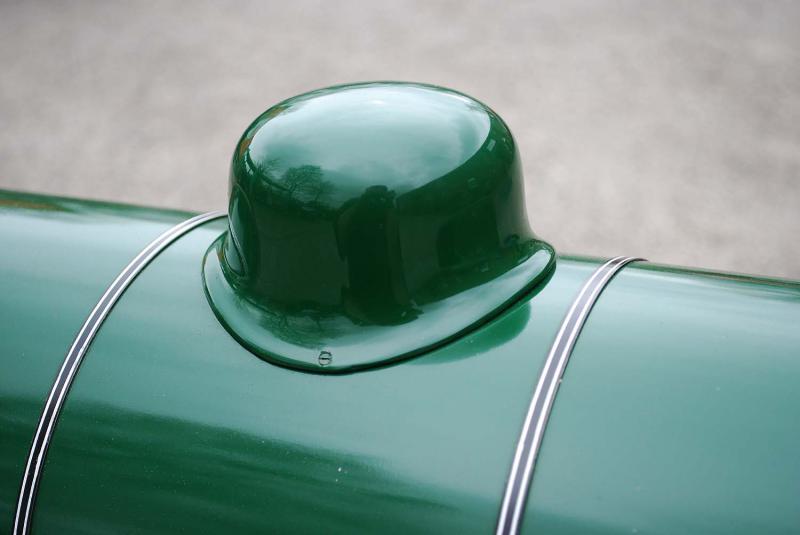 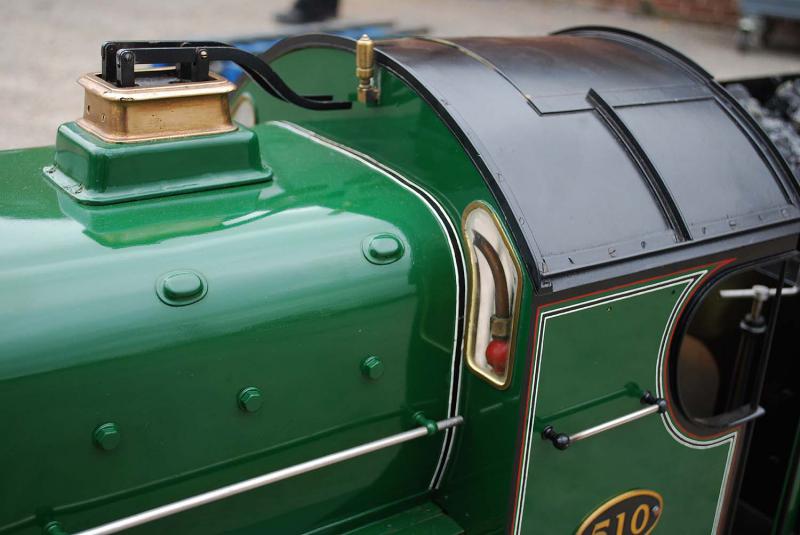 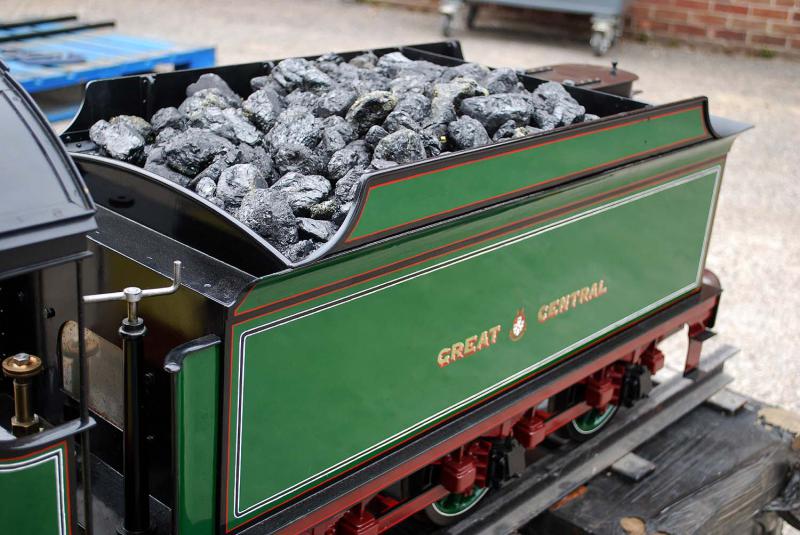 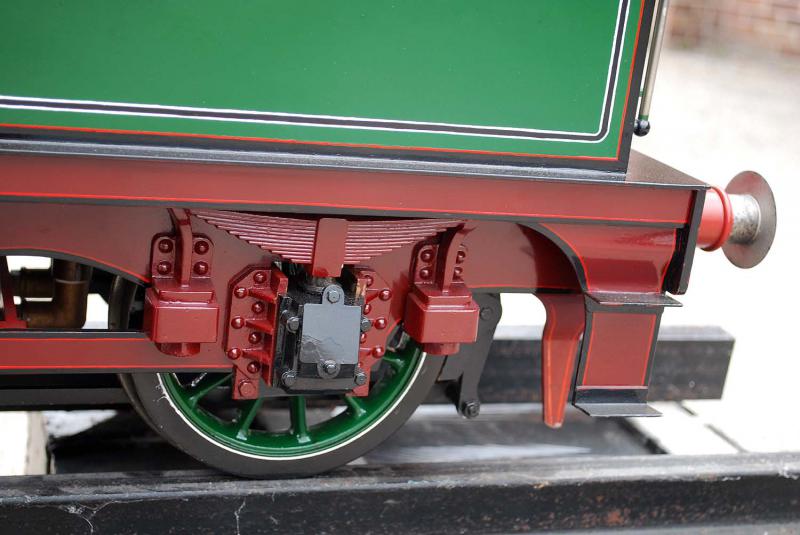 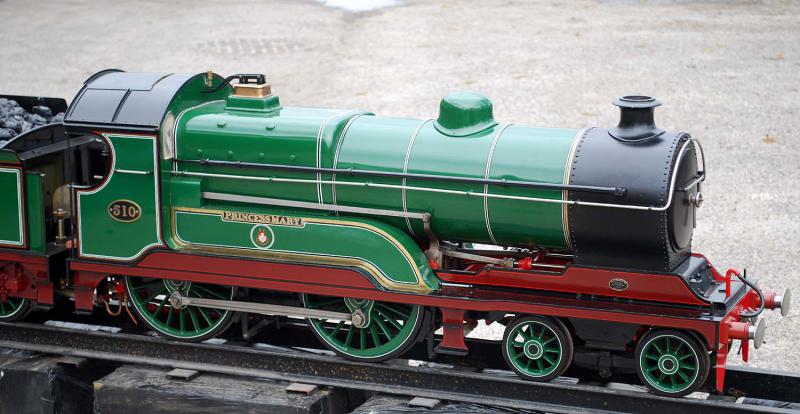 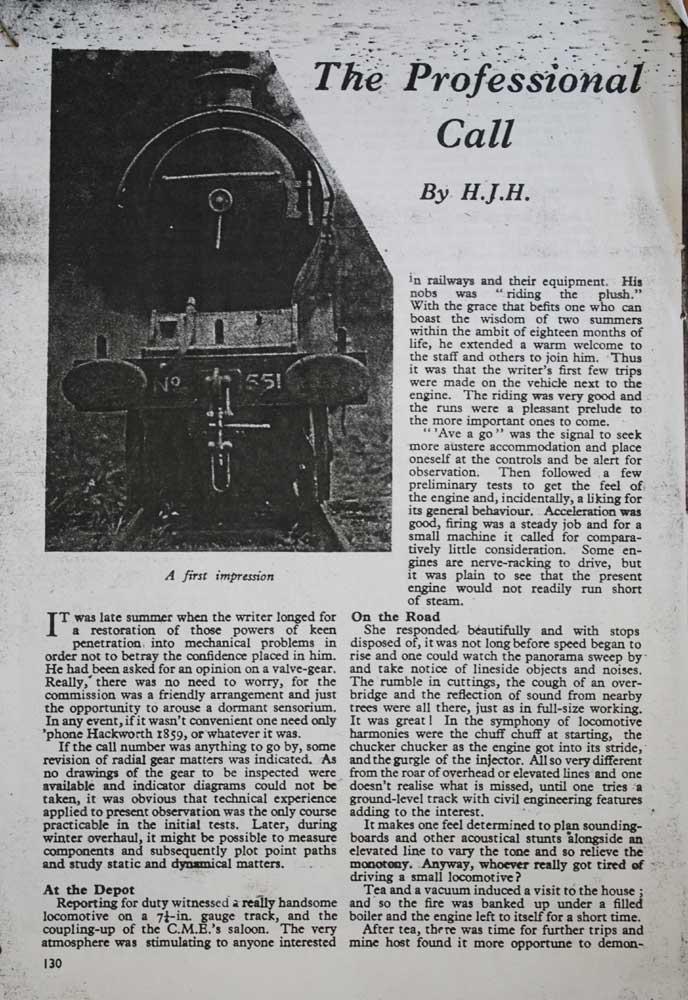 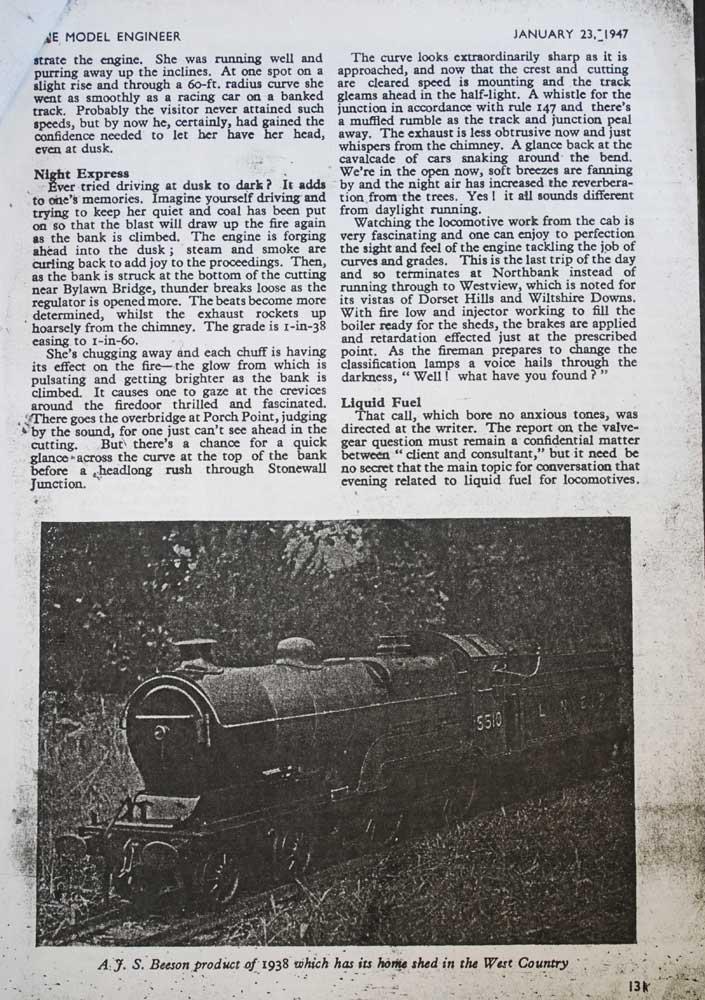 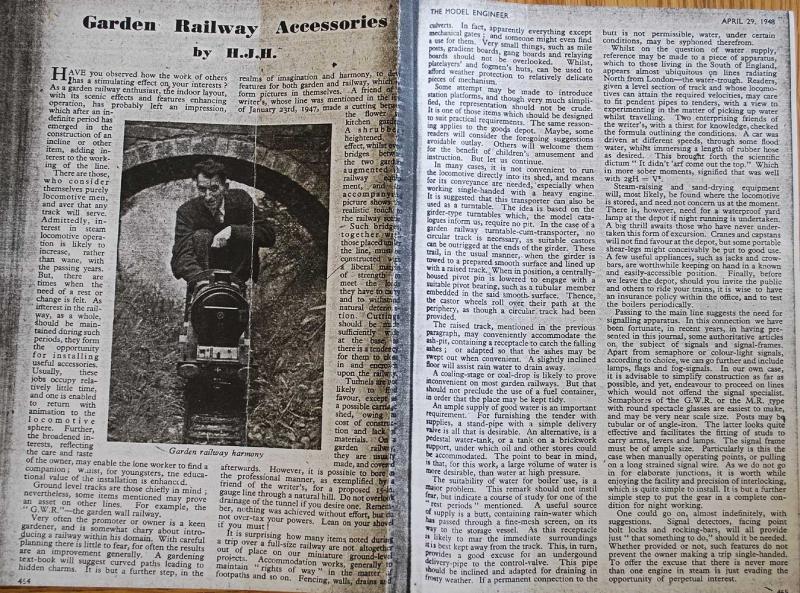 A finely-built Great Central "Director", built by the great J.S.Beeson in 1938 - known mainly for his prodigious output of O-gauge models (including a great many built for Bassett Lowke), he also built some superb 7 1/4 inch gauge locomotives over a working career spanning nearly fifty years.

This engine cropped up in the "Model Engineer" magazine in 1947, eliciting an enthusiastic write-up from a man invited to drive it on the owner's railway, its picture featured in the same magazine a year later in an article on garden railways.

After many years running, the engine ended up in a collection in company with a 7 1/4 inch gauge LMS "Princess" Pacific. Both engines were overhauled by Severn Lamb, shortly after which they were put up for sale at Christies. The Beeson engine was bought by a gentleman with an interesting collection (and substantial parkland railway in which to run it) with the intention of running on high days and holidays. In the event, although in good mechanical order, the engine was found to prime badly - this was traced to the main steam collected pipe to the regulator - perforated on its top side to admit steam - having been fitted upside down.

Sent away to Bishop-Ellis to have the steam collector repaired, the original boiler was found to be in poor condition. Given that the engine was about to be repainted, the decision was made to fit a new silver-soldered boiler rather than having to replace it later. The engine was reassembled and painted at which point the owner's plans changed - resplendent in its new livery, in fine mechanical order and with a new, unfired boiler in place, the decision was made to put it on display at the railway in a case alongside a "Royal Scot" from the same collection. It has been on display for the last twenty years.

There are negotiations under way with Mrs P to get this one up to the house. She's only just getting used to the Stirling Single in its new case in the library (all the time I've owned it, it's sat on a length of rail on the floor - always promised myself a case for it, it's only when it arrives that you realise an eight foot long, five feet high case with an engine inside is quite big...). Not sure whether I can get another one past her, although the fallback plan is to sneak the Leek & Manifold in while she's not looking.