Sold October 2018 Back to Archive 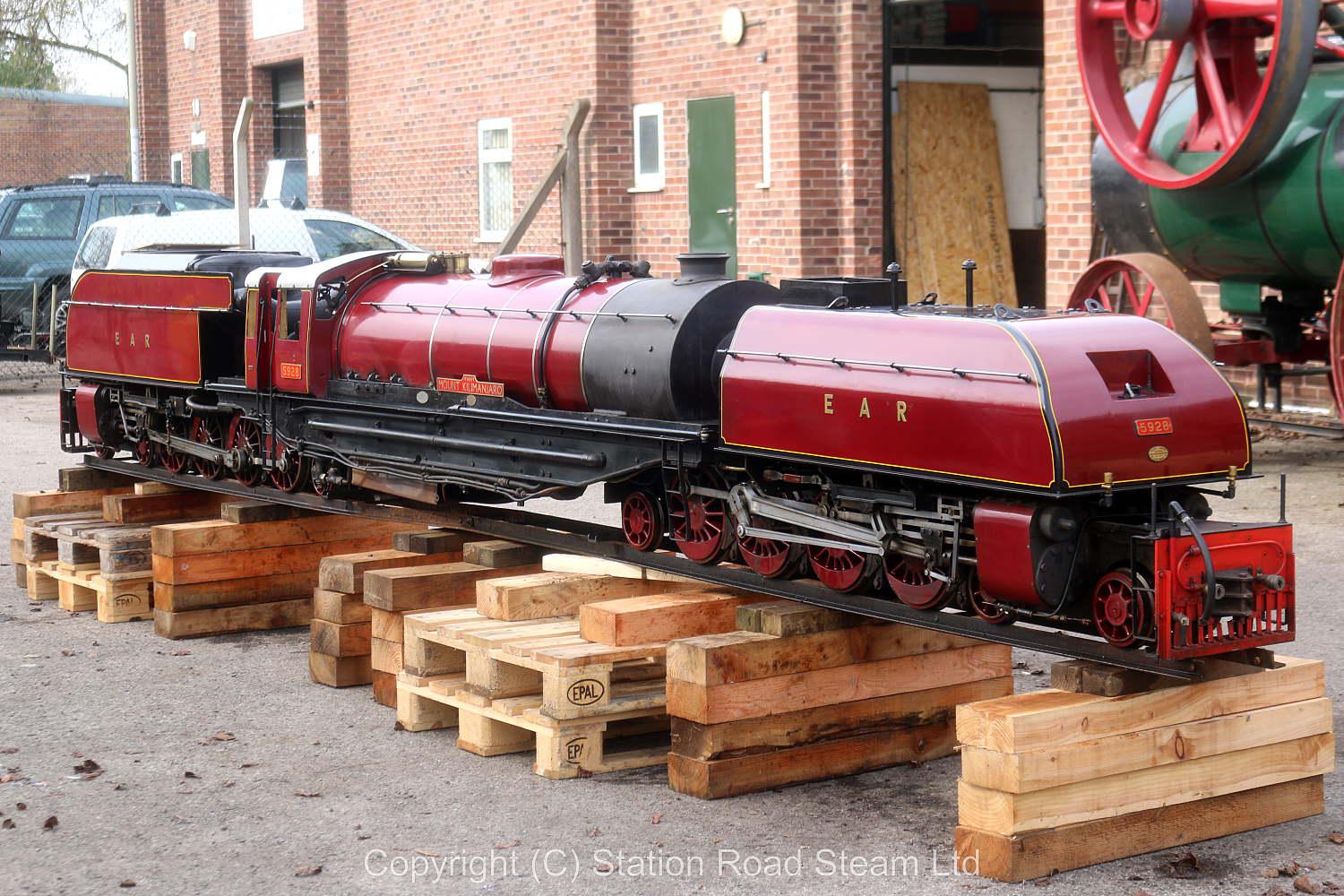 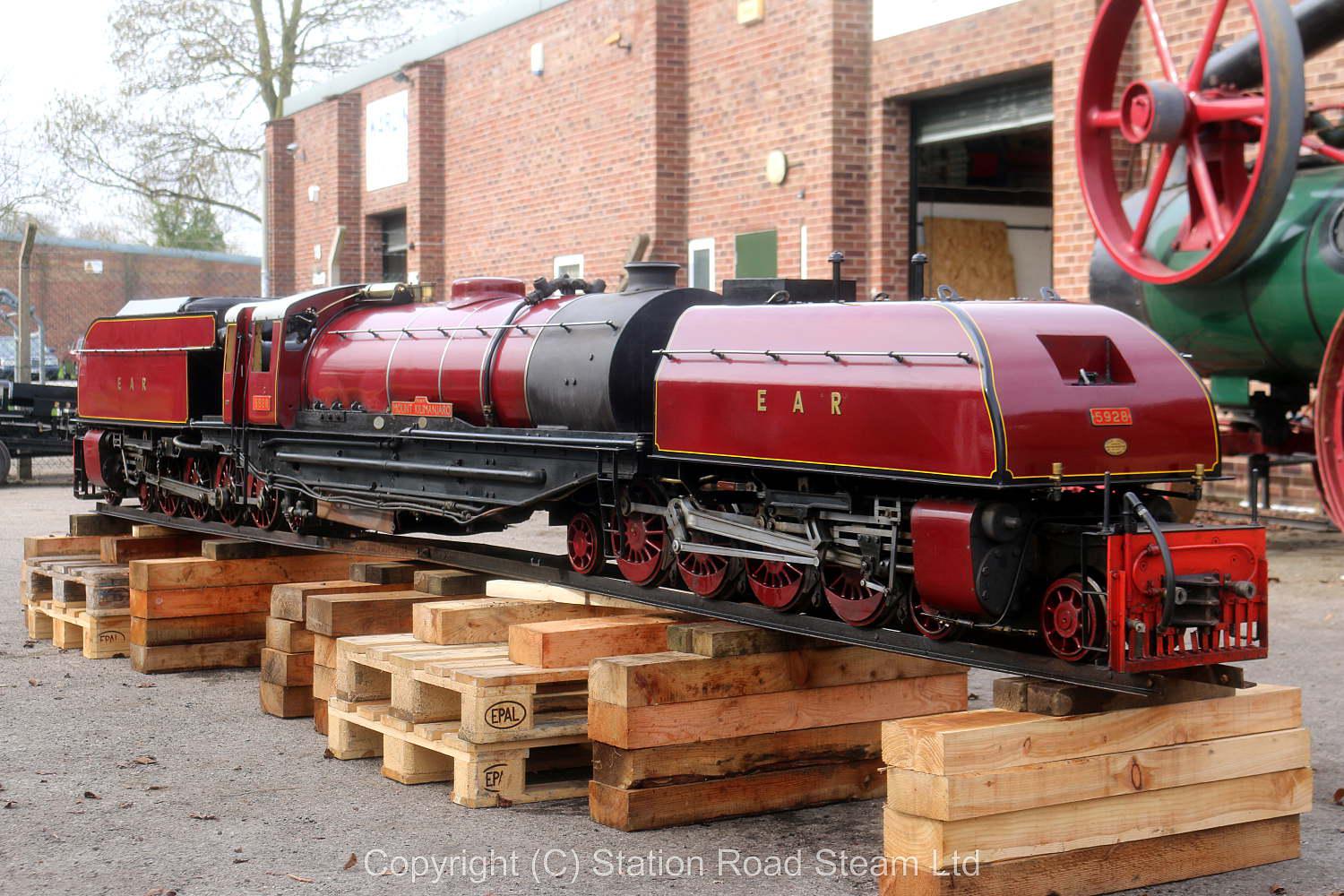 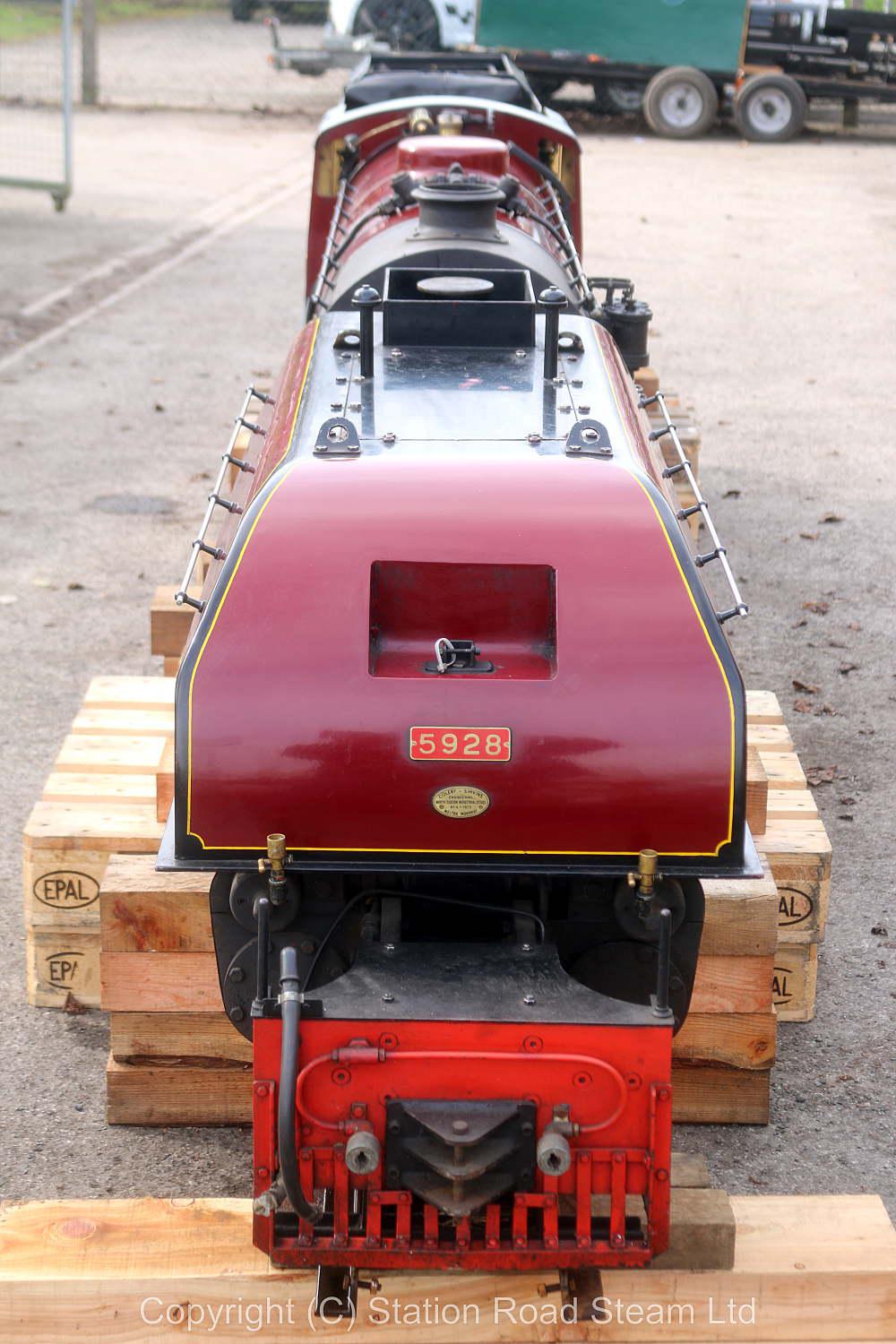 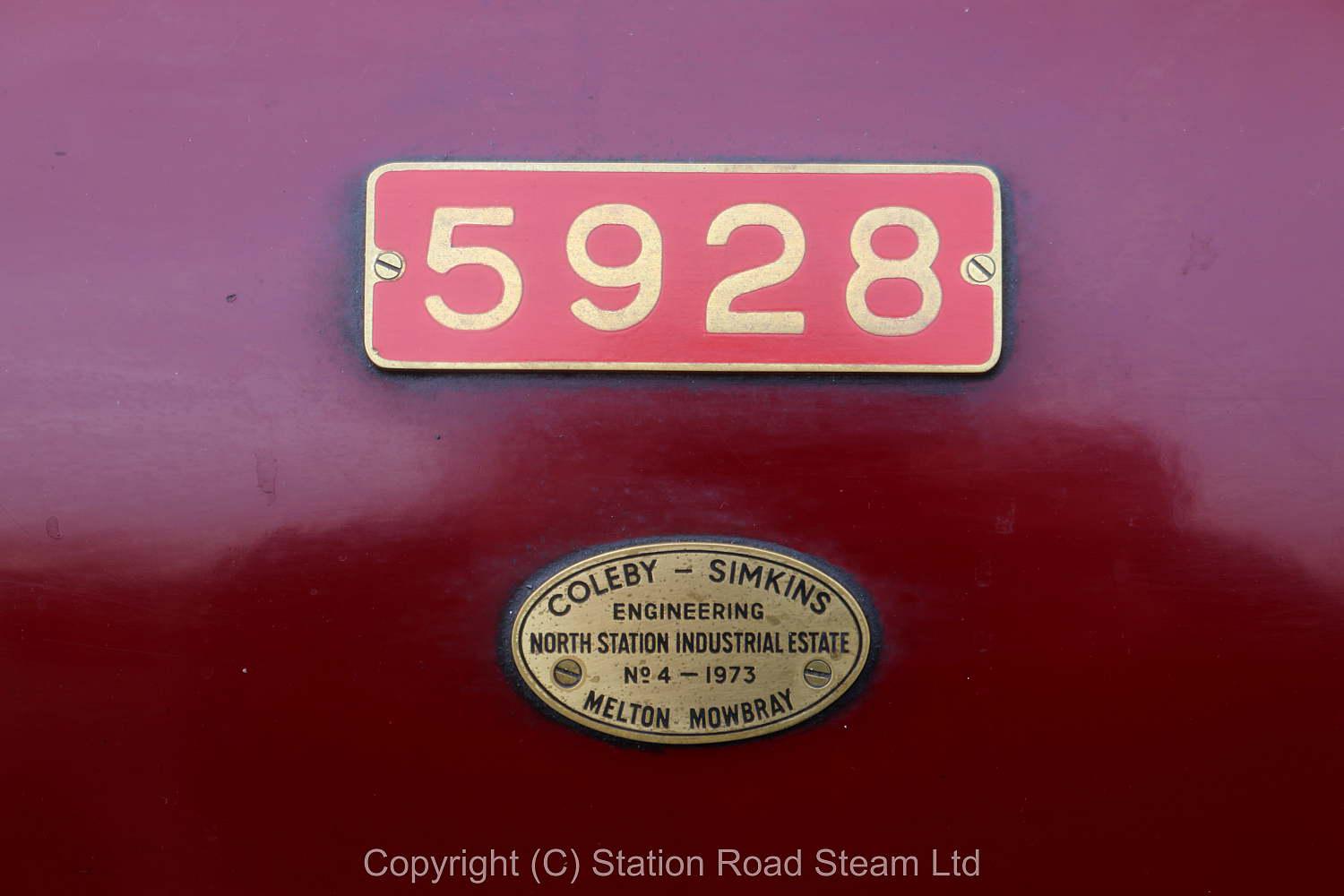 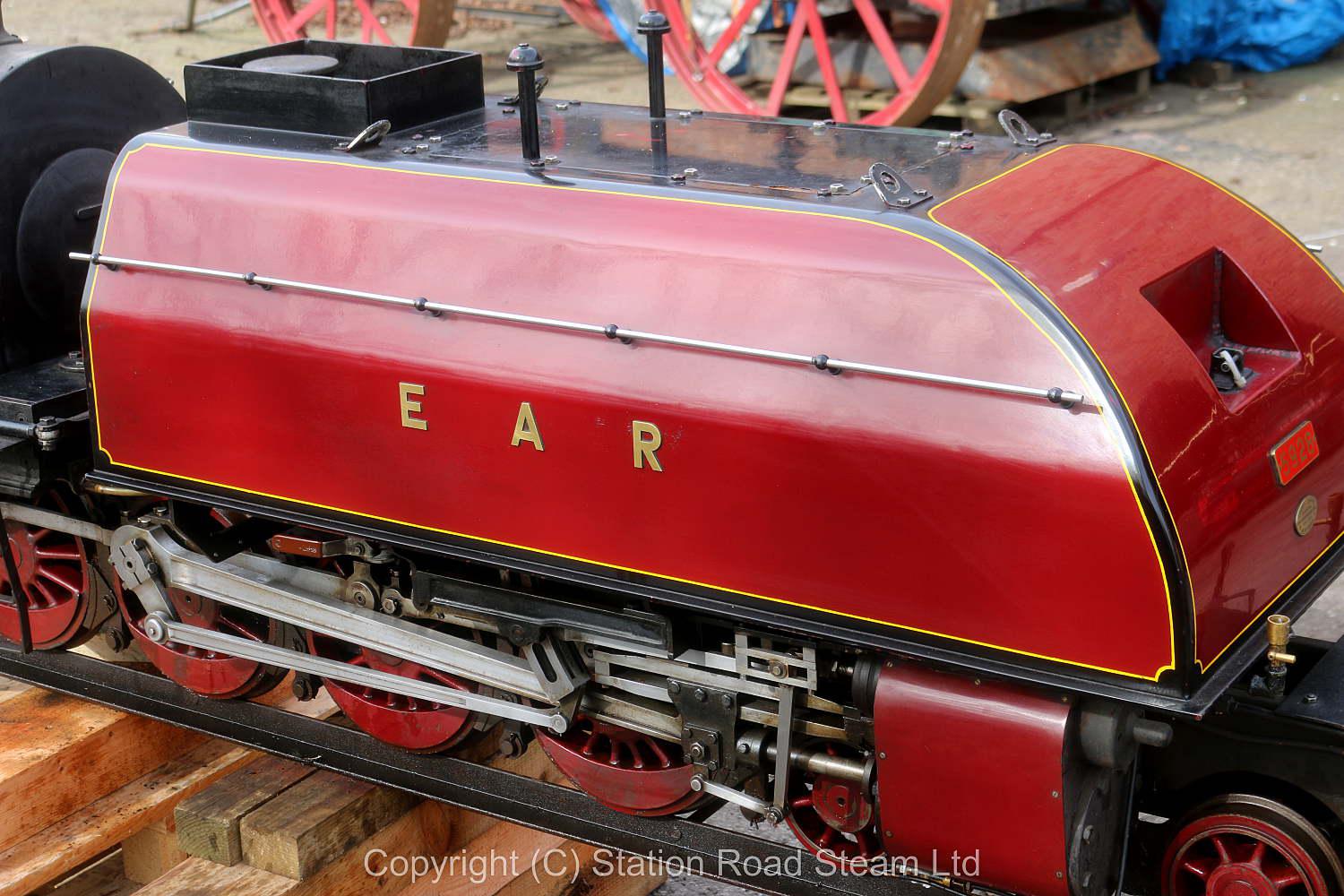 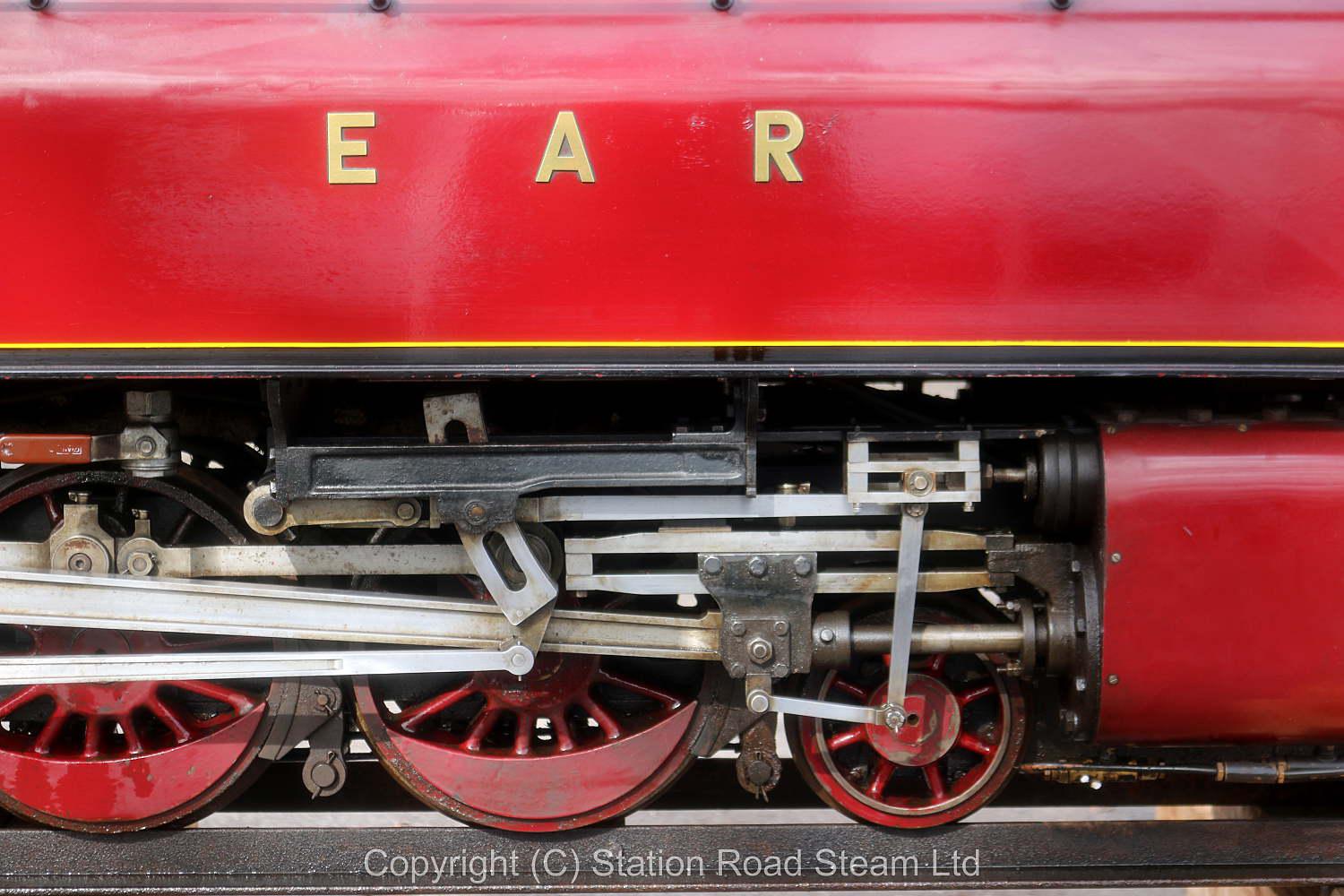 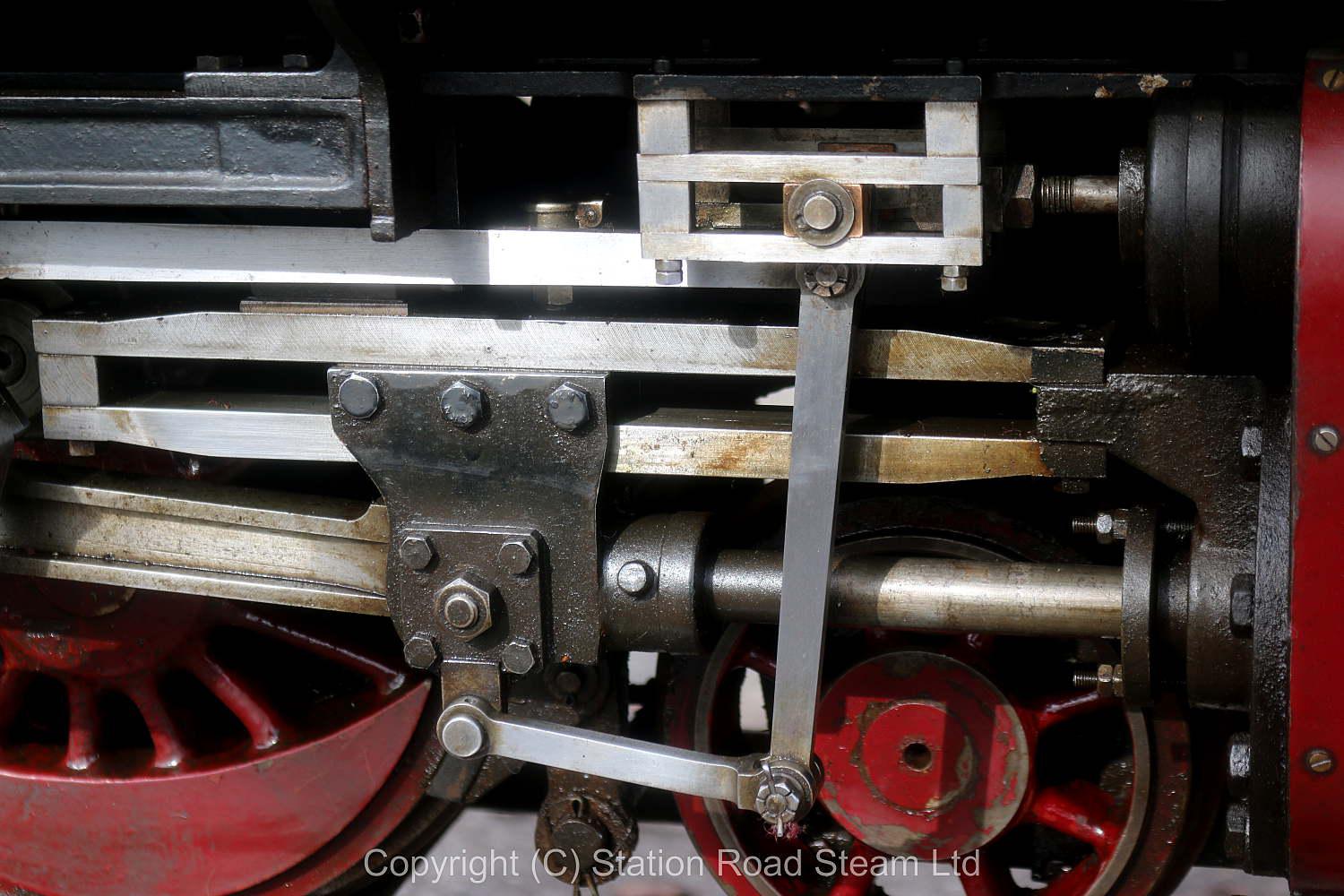 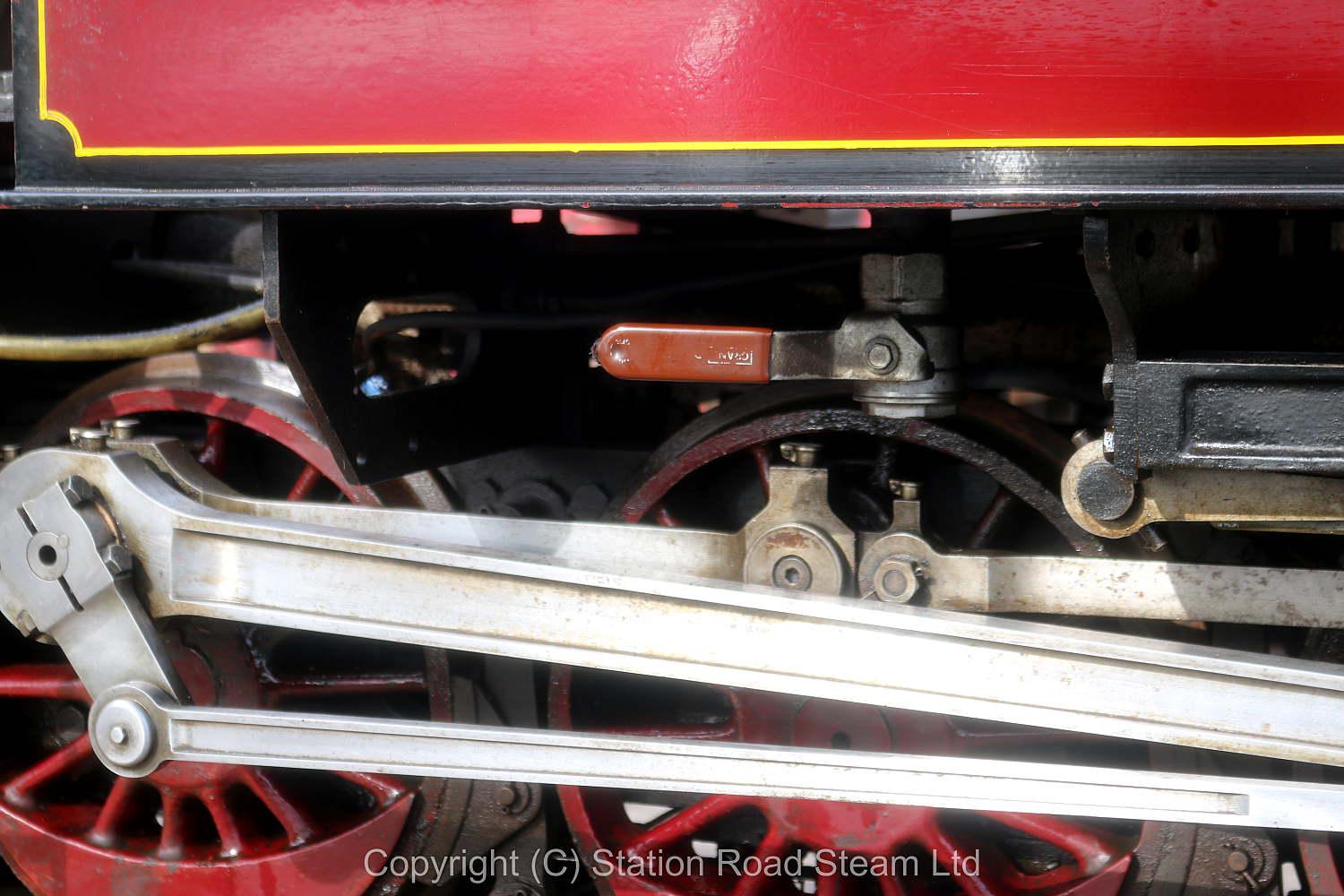 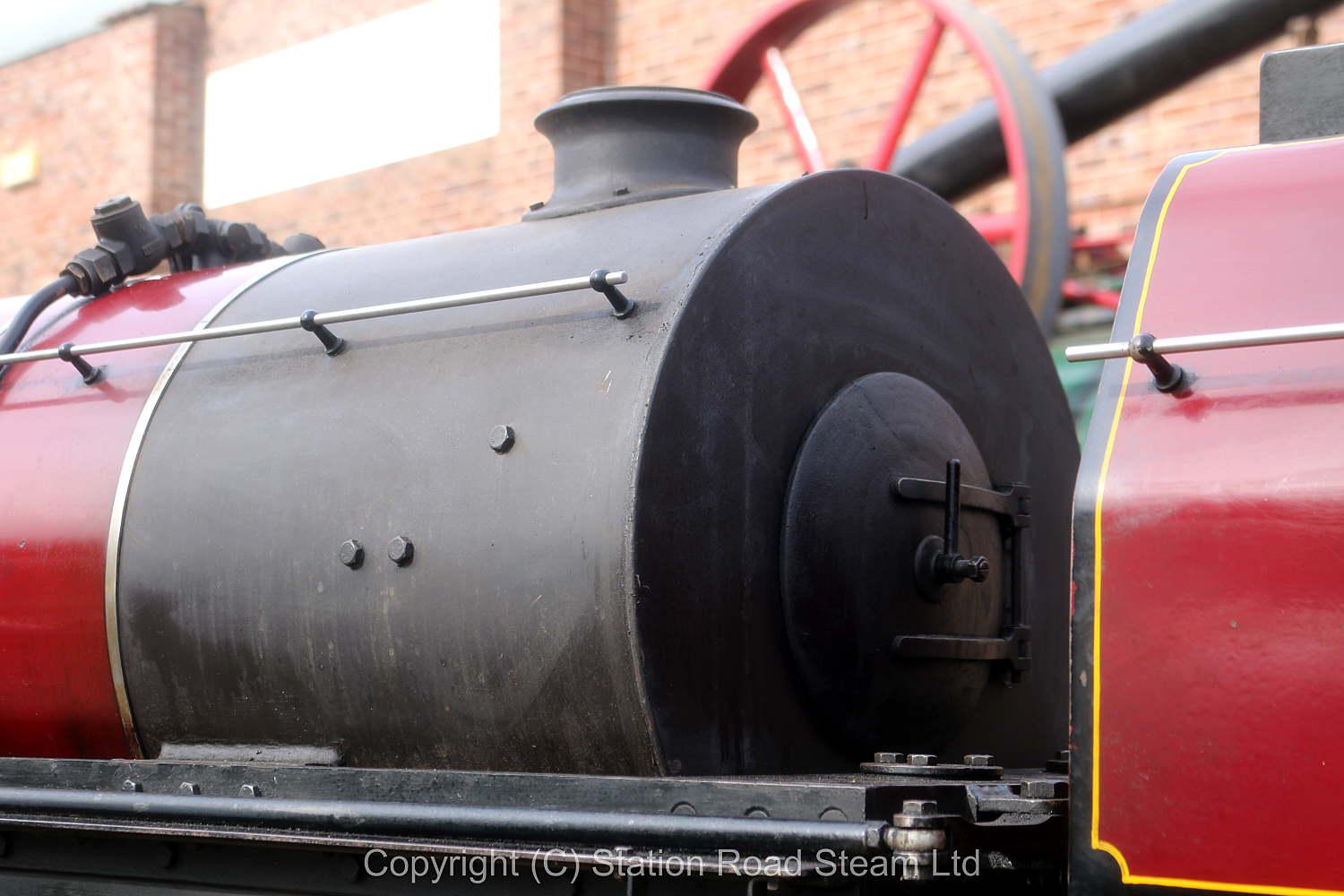 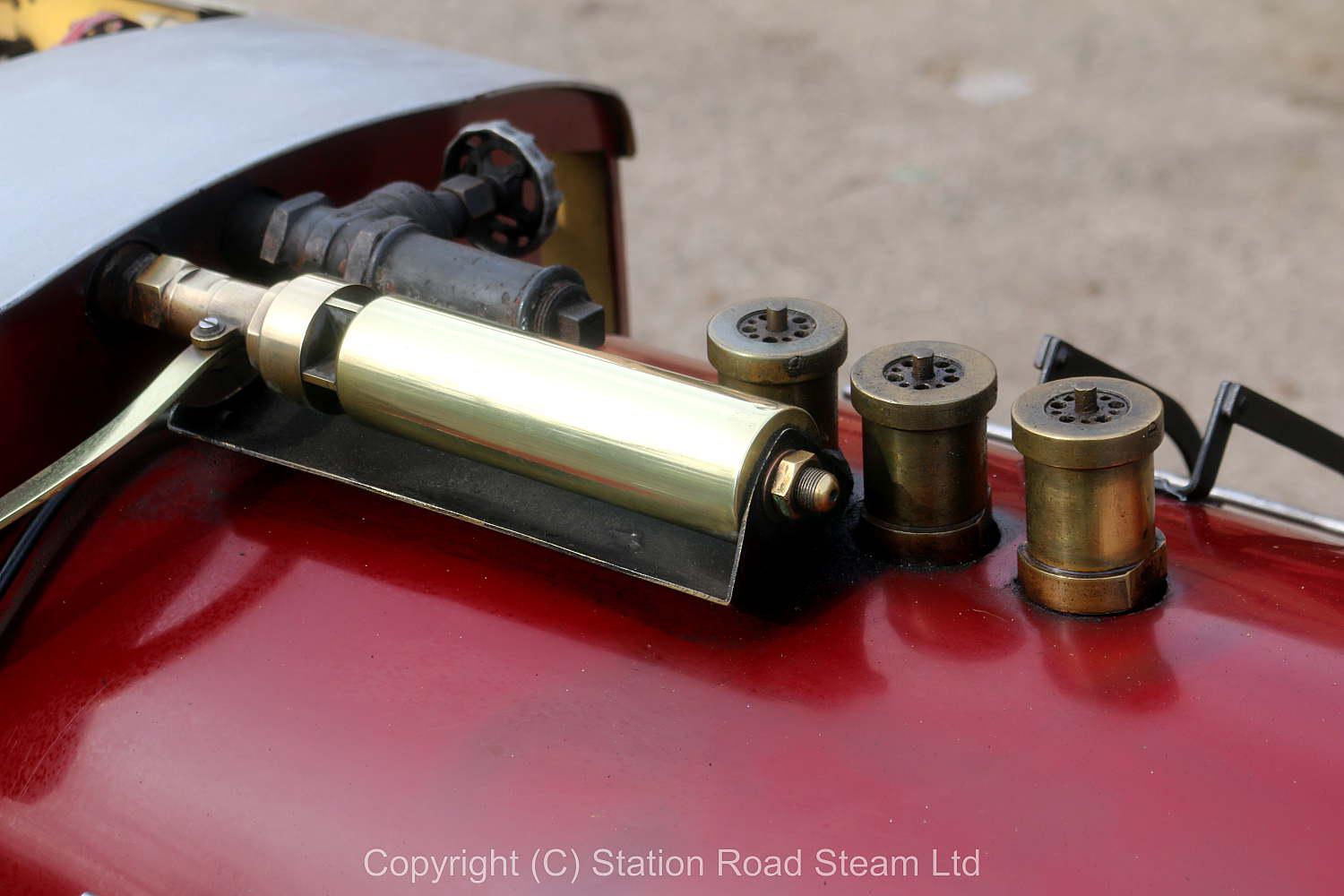 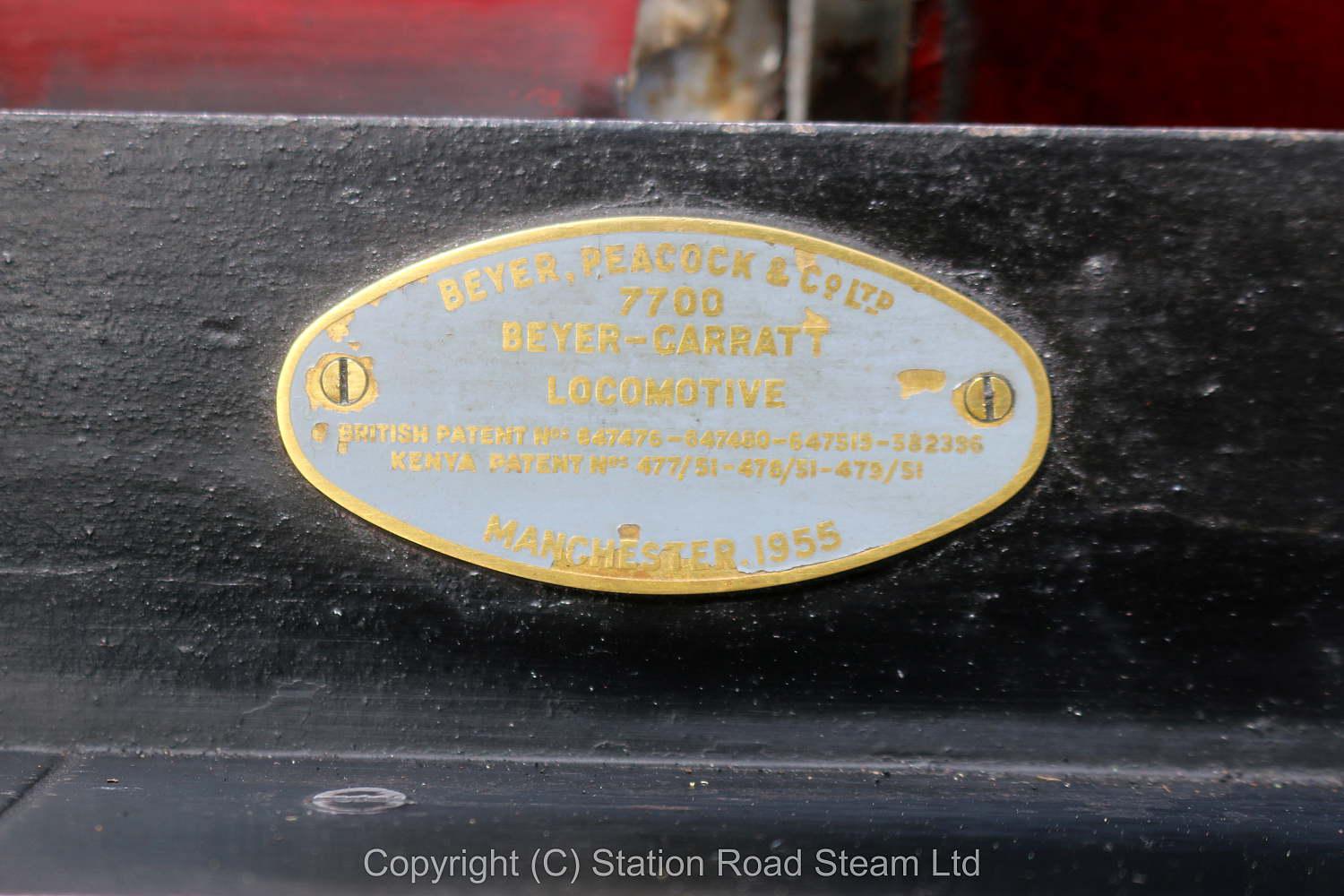 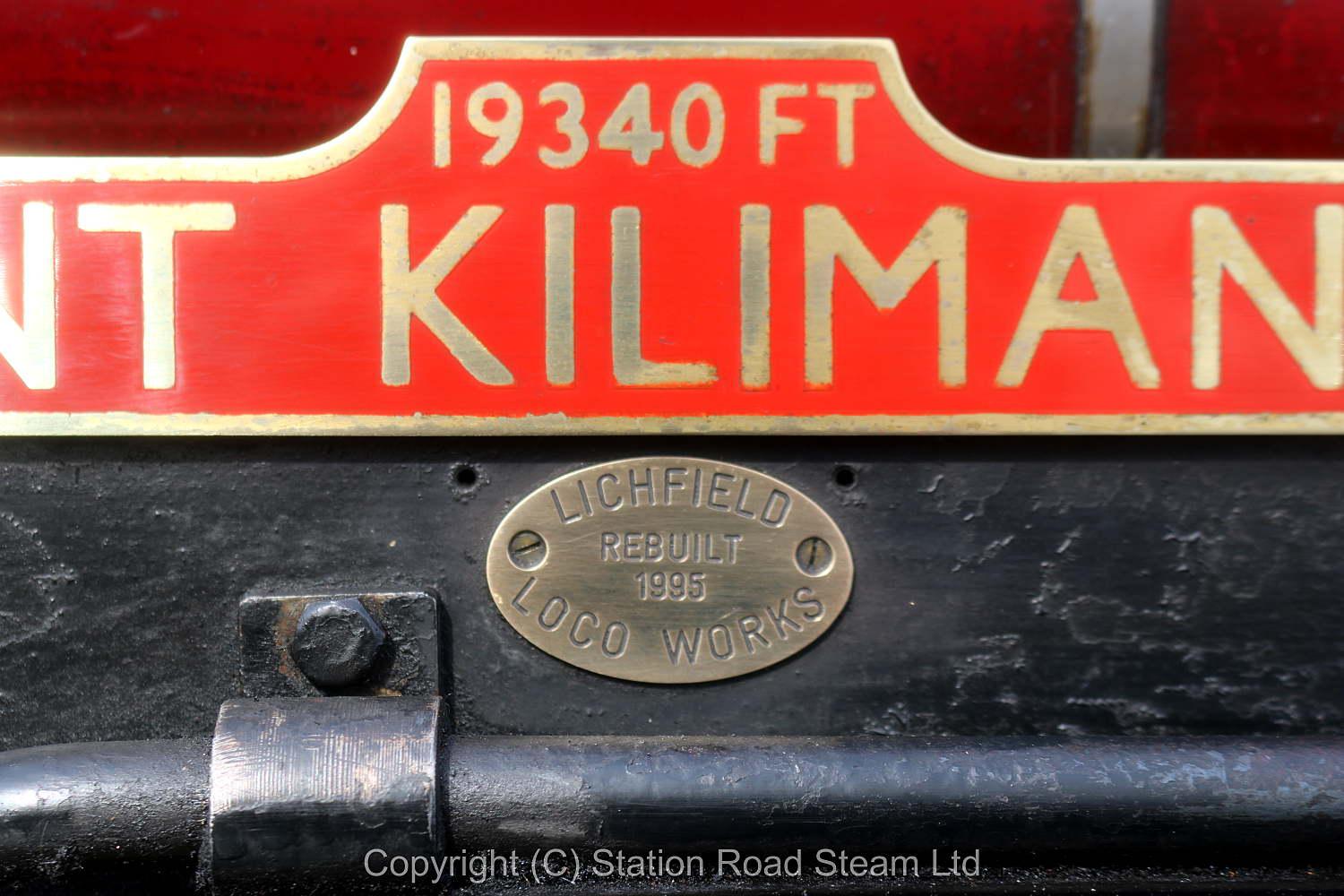 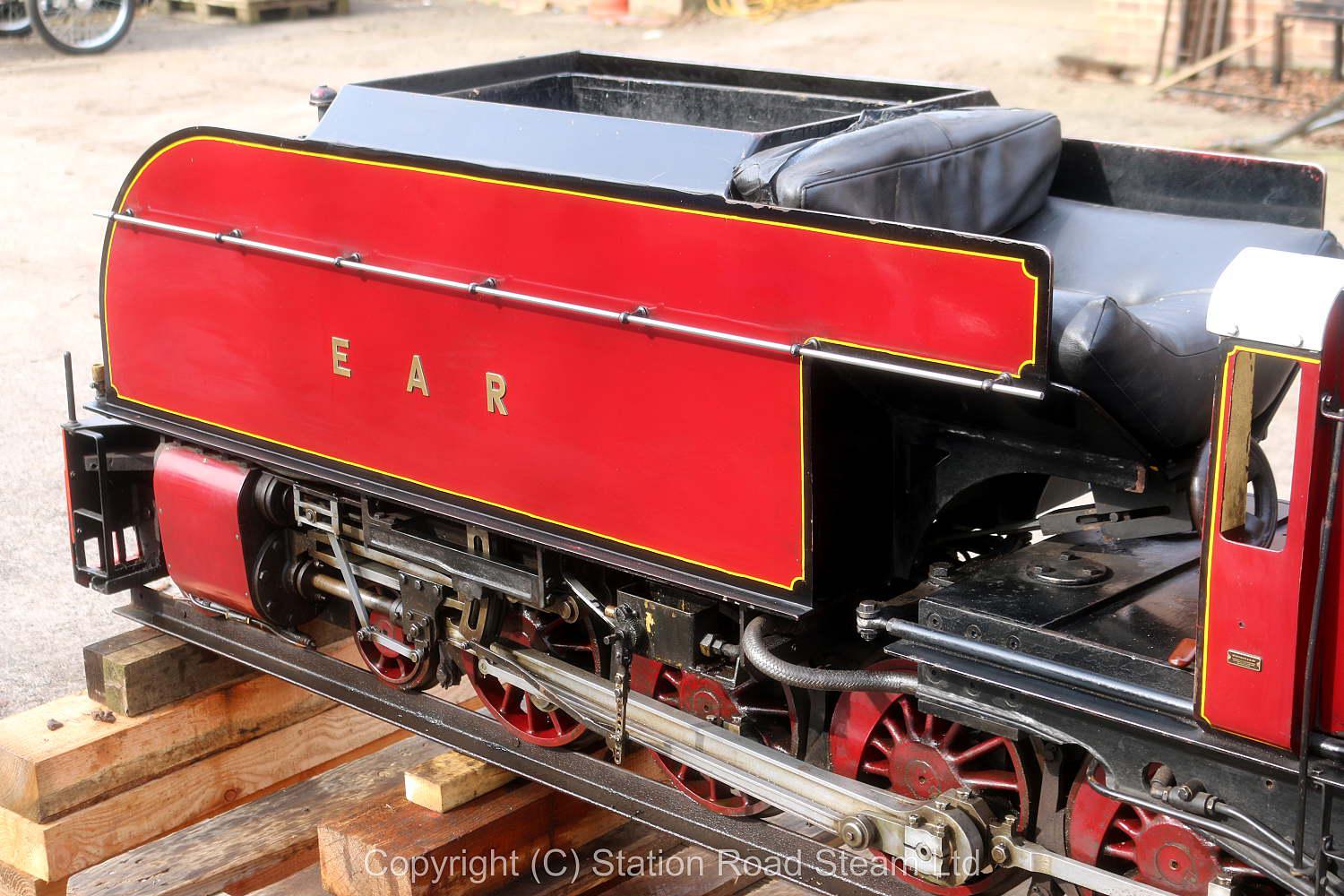 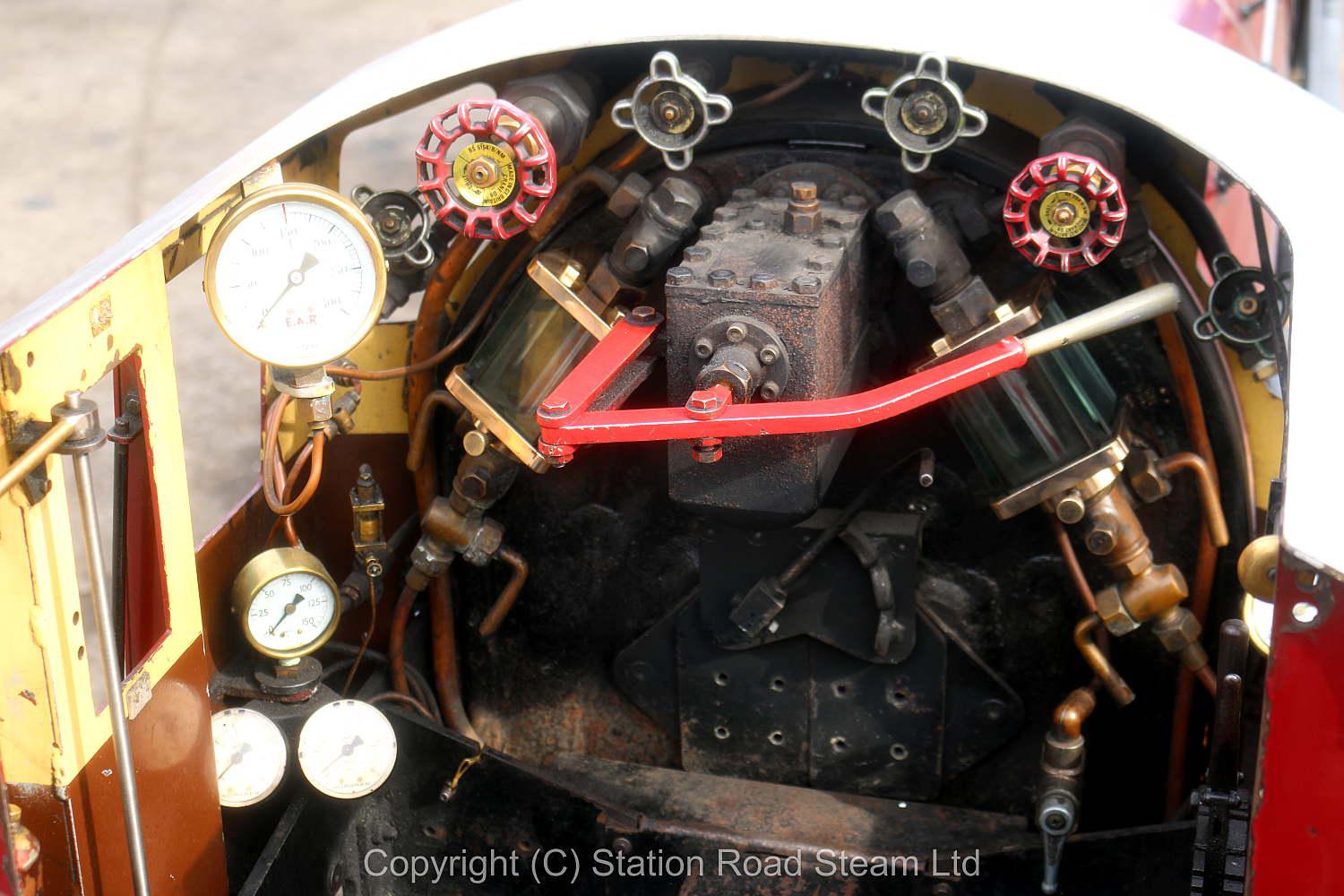 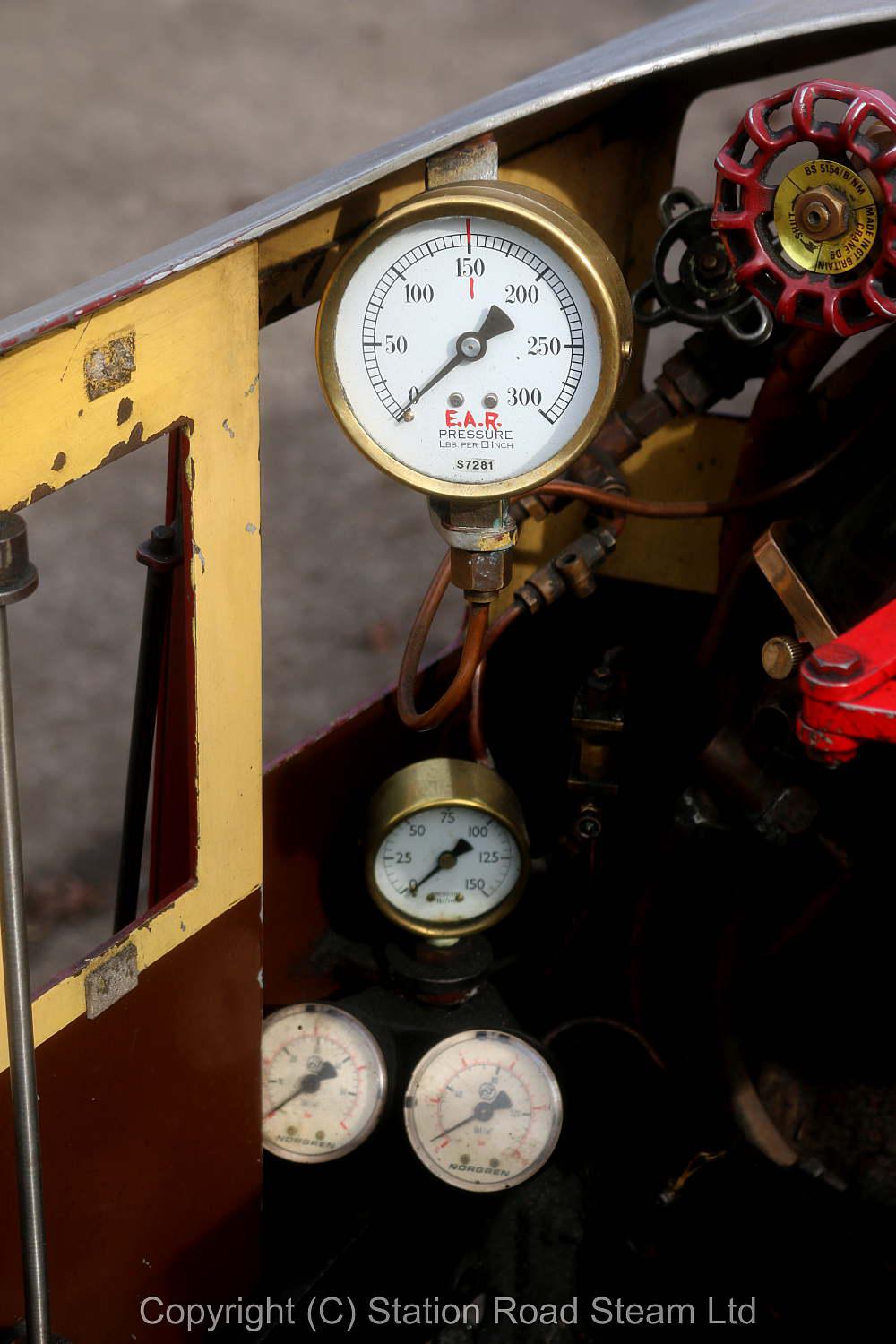 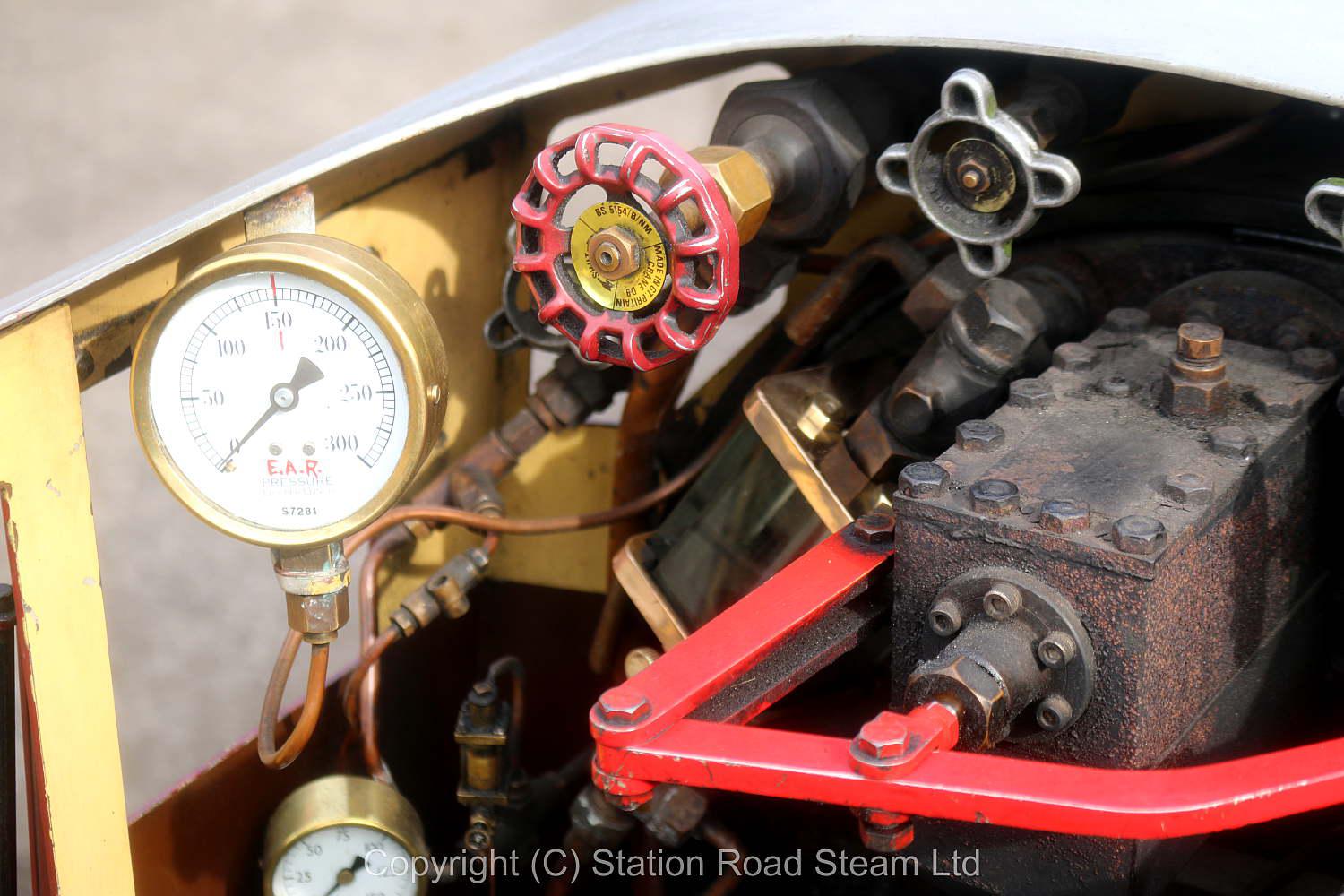 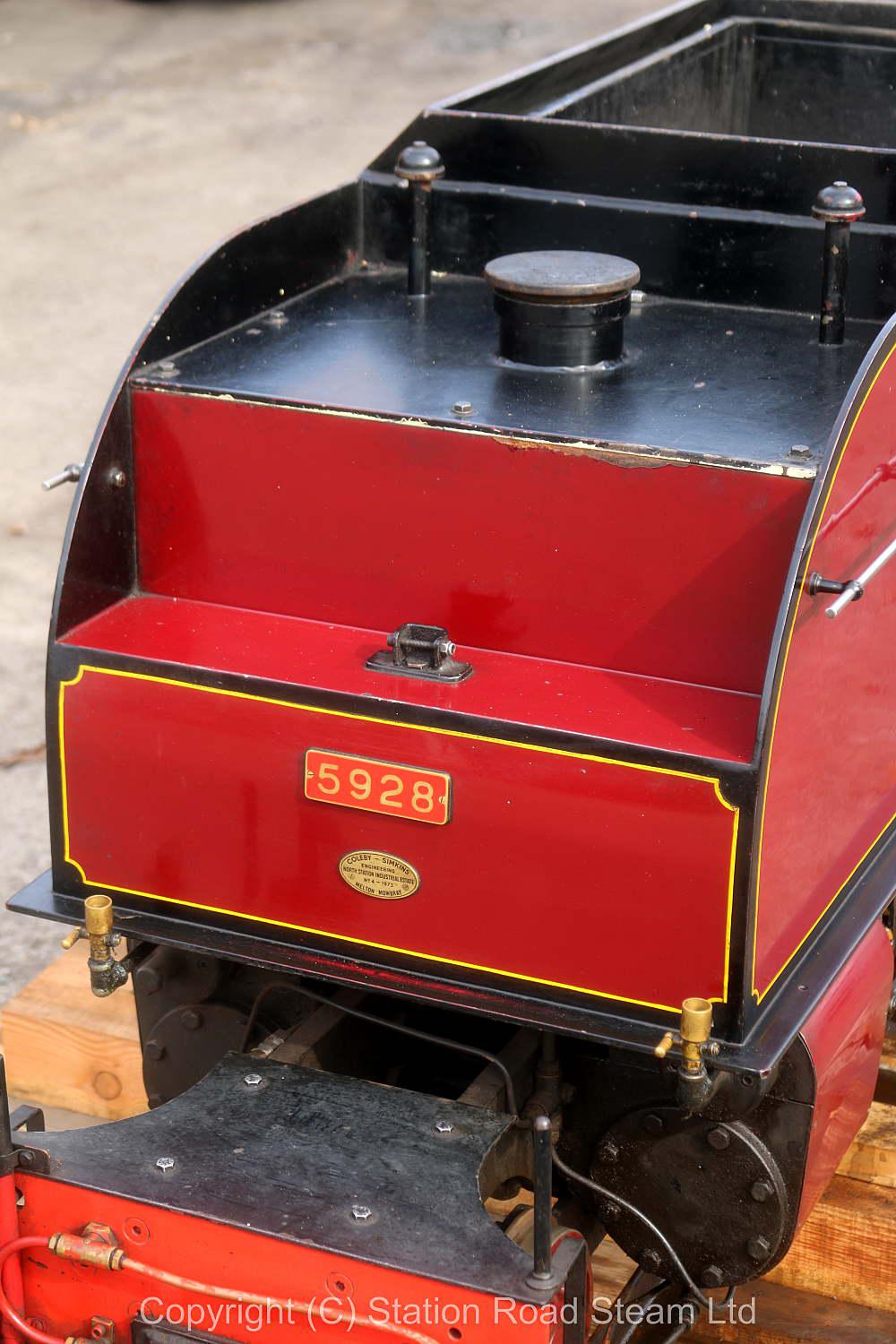 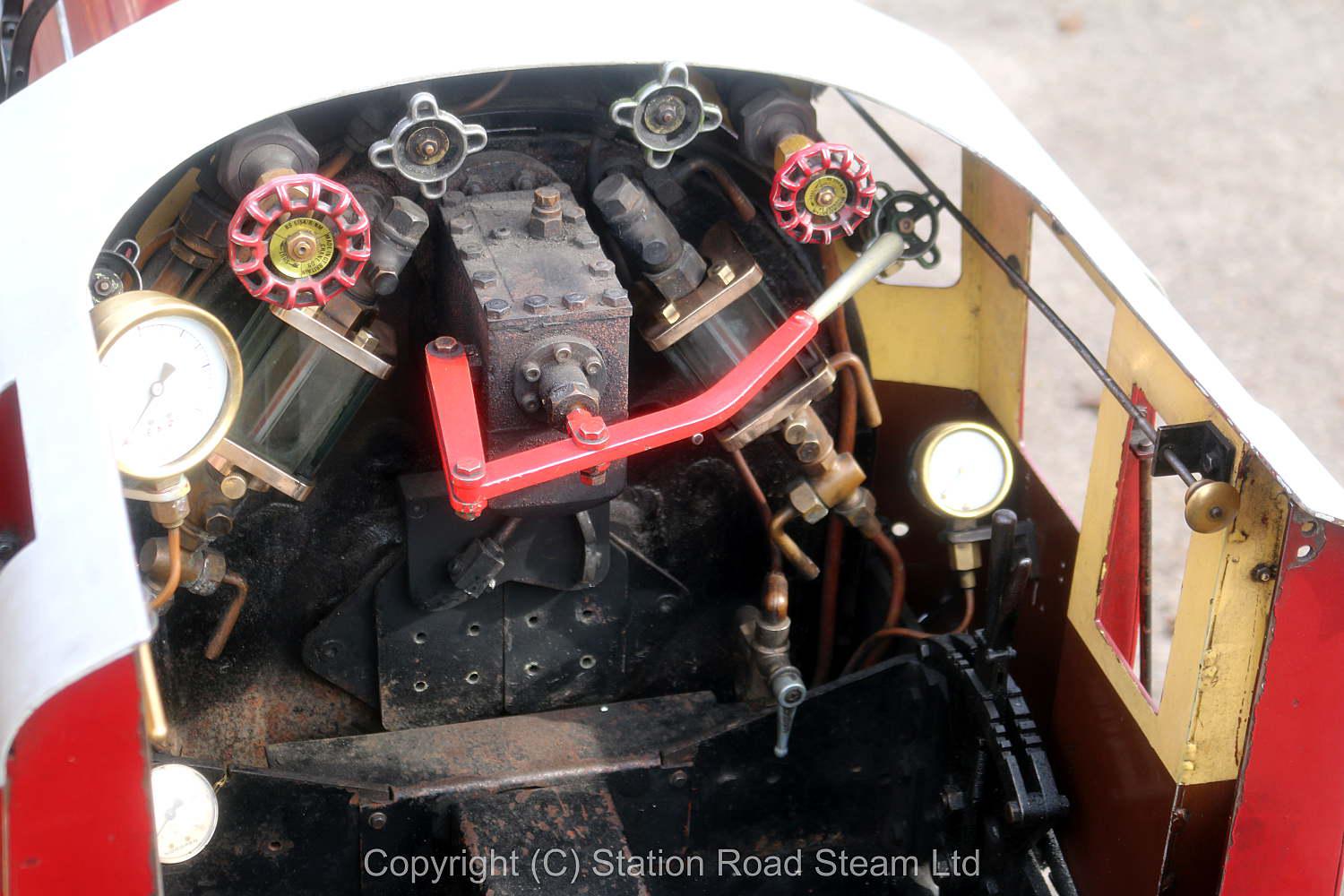 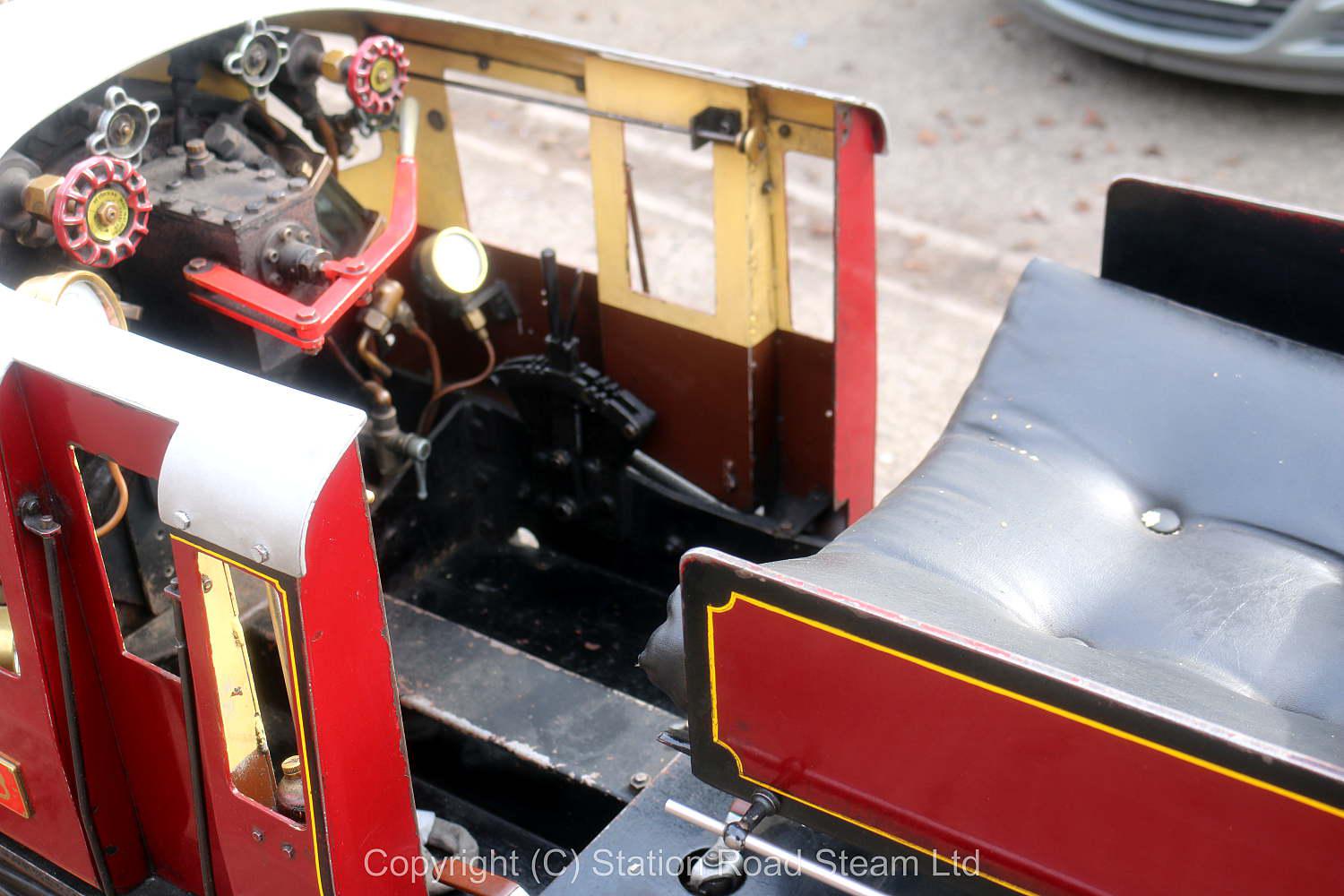 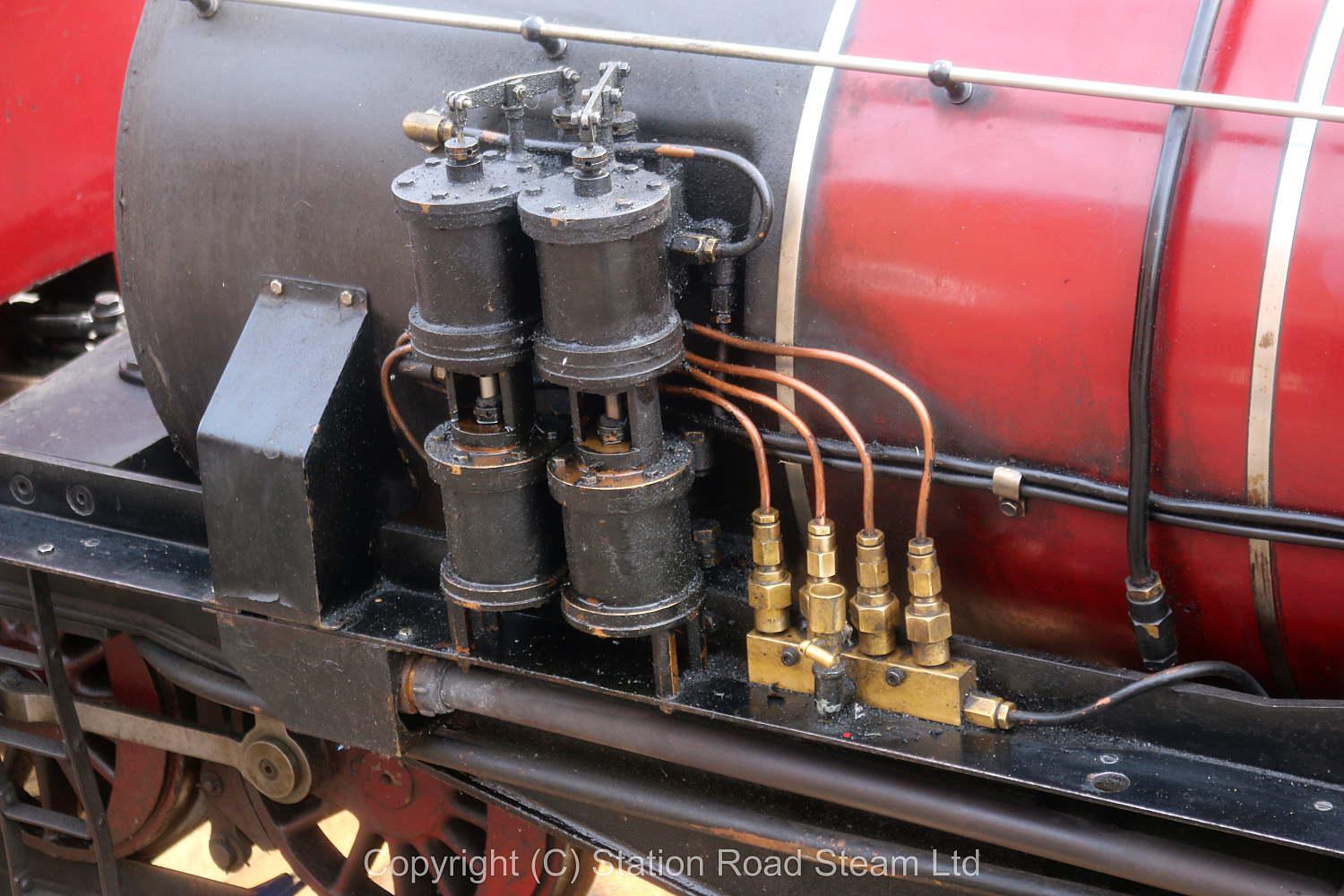 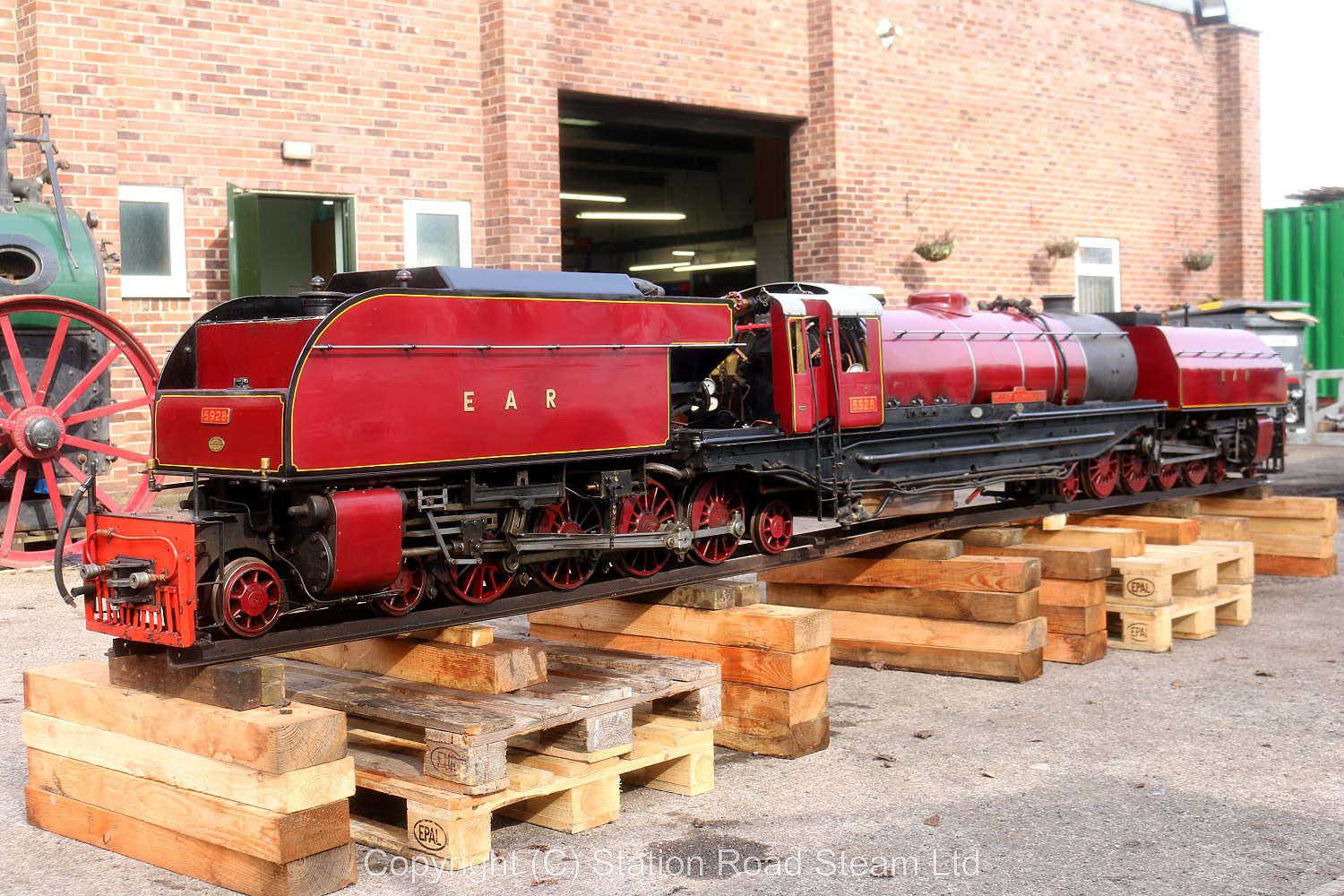 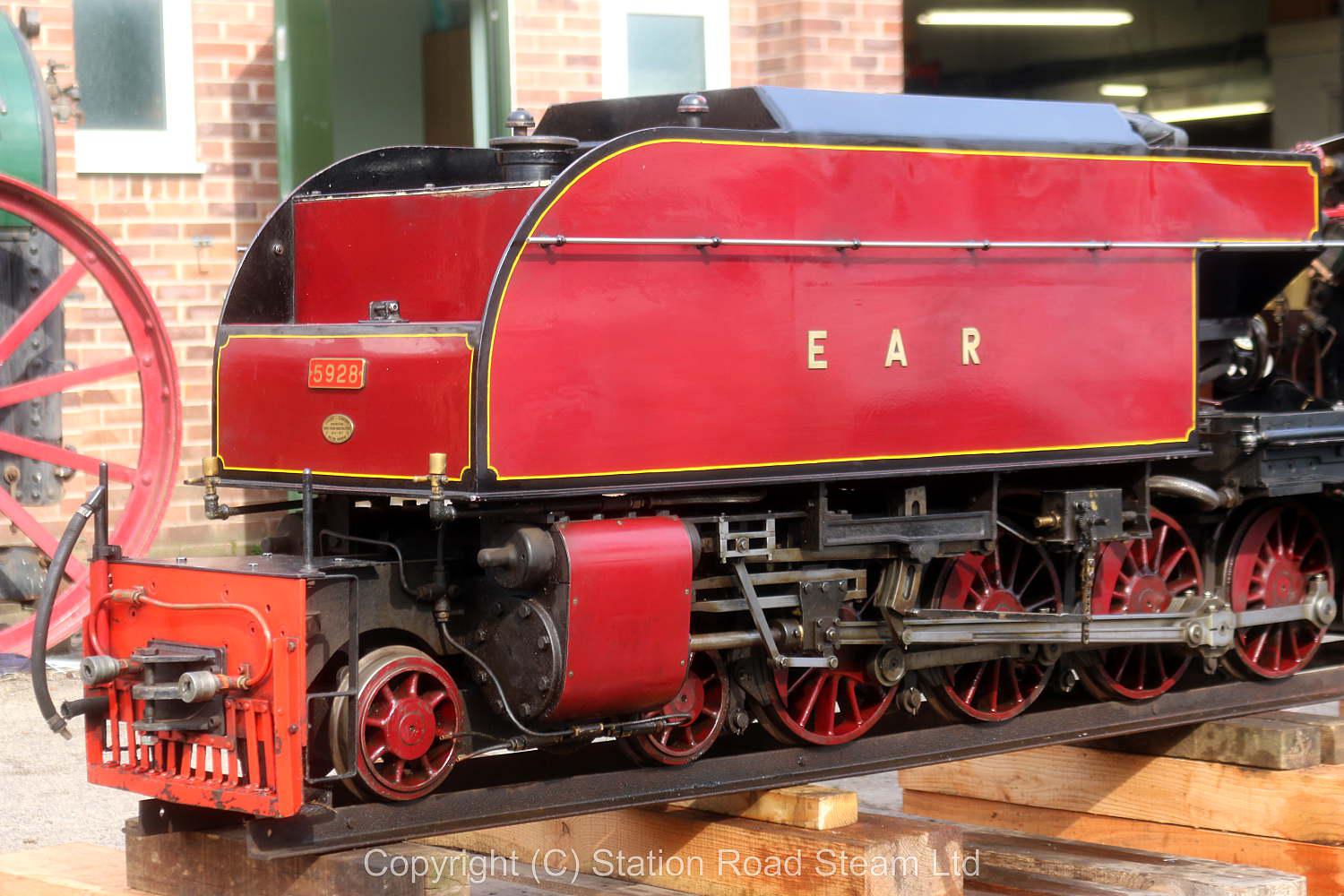 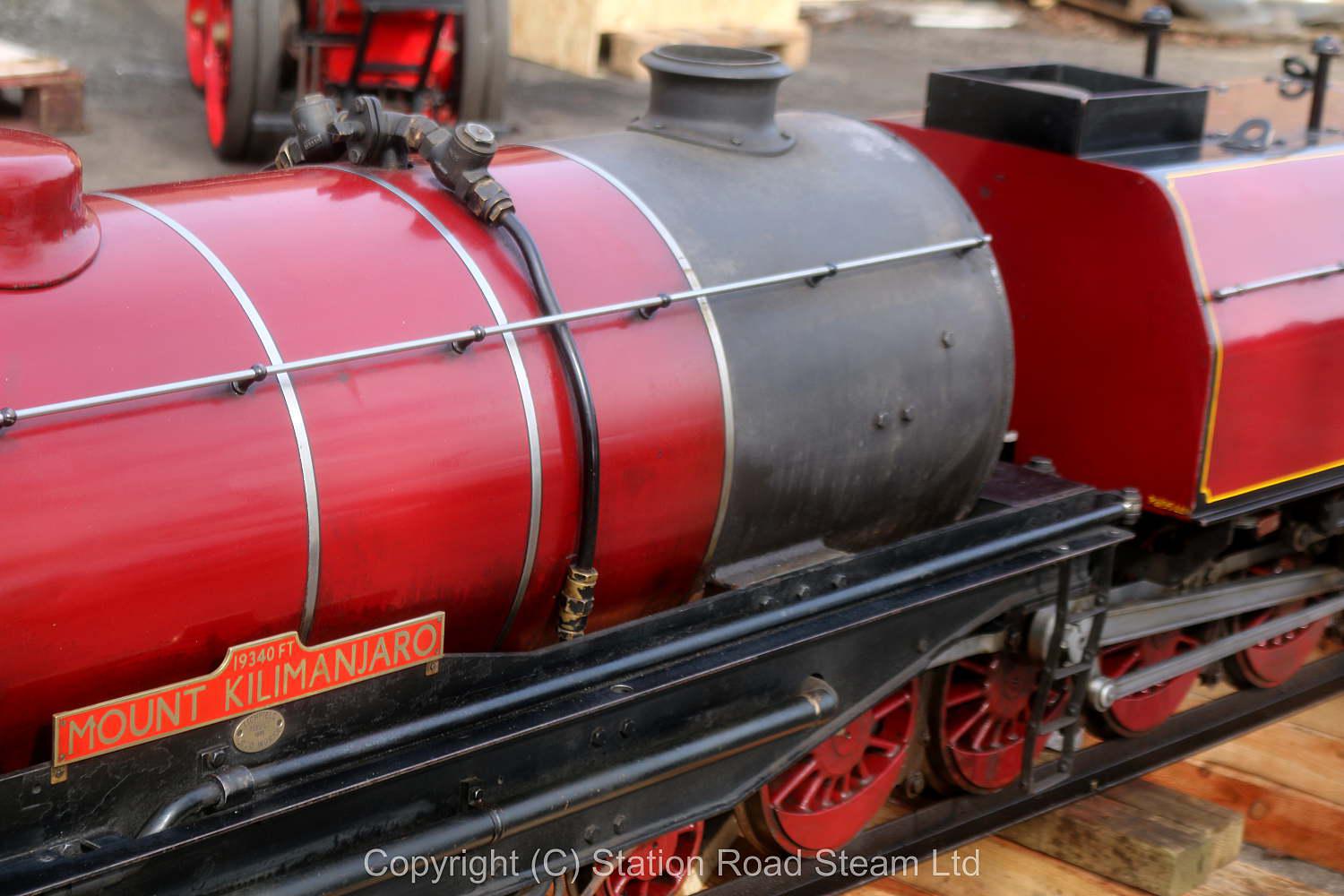 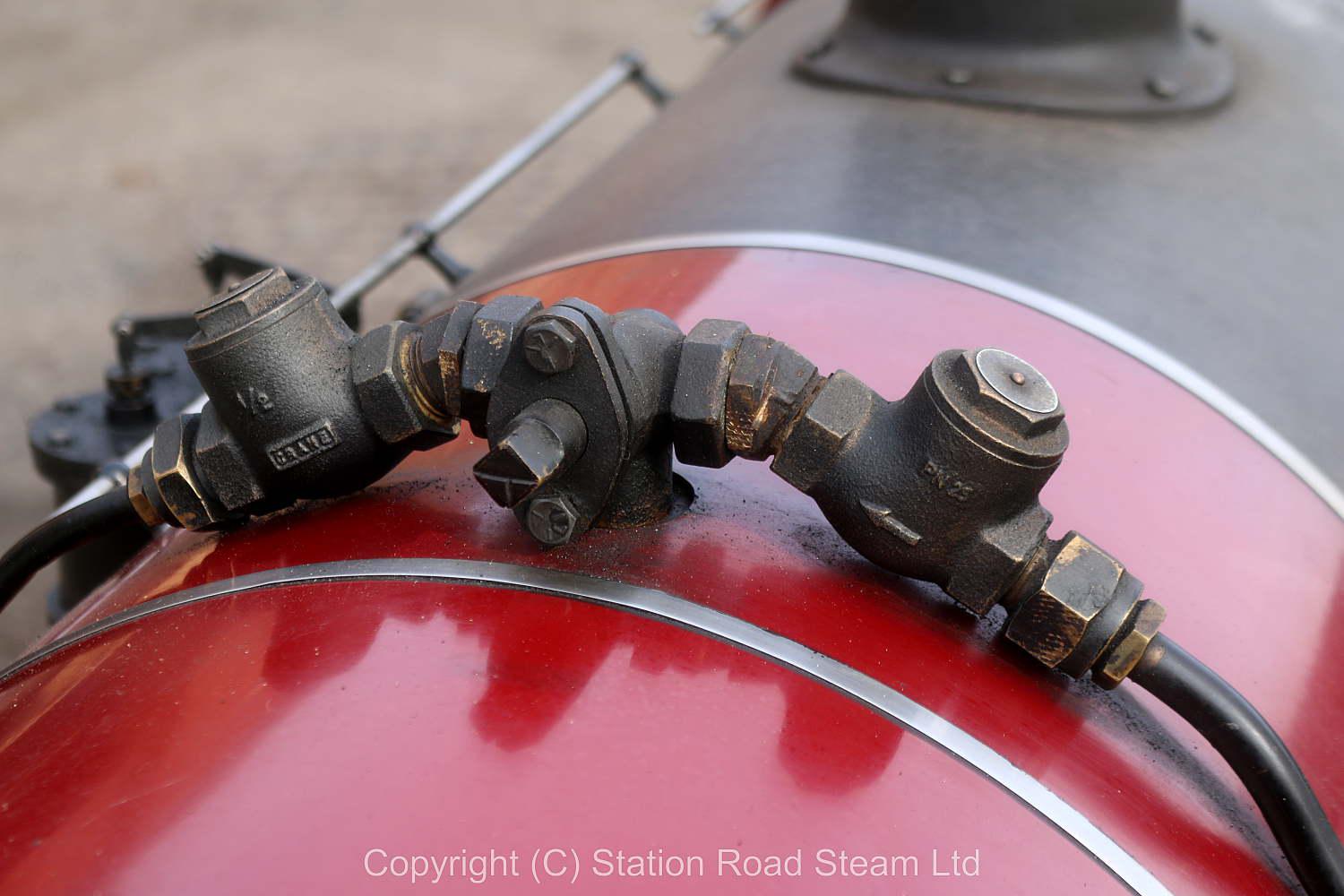 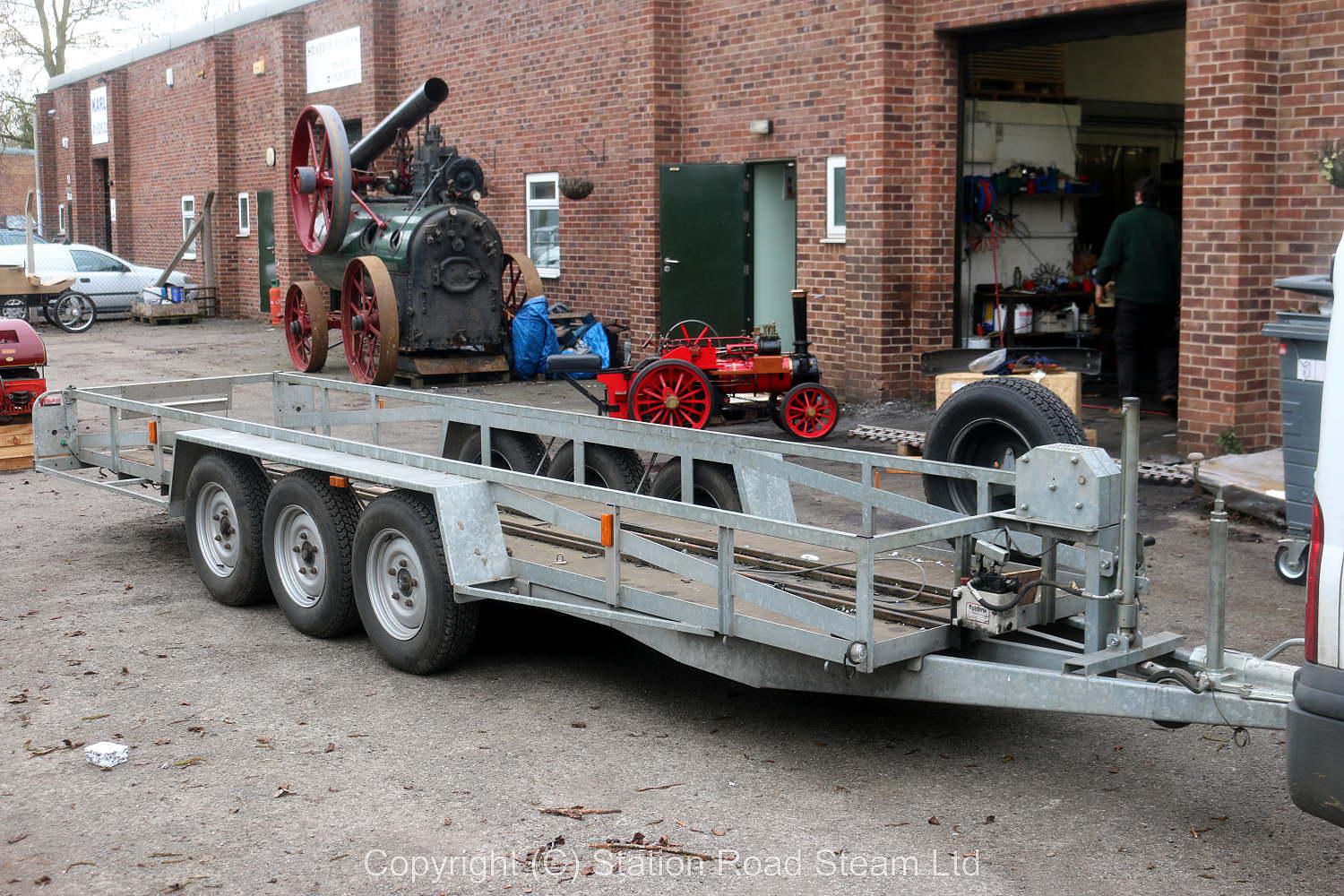 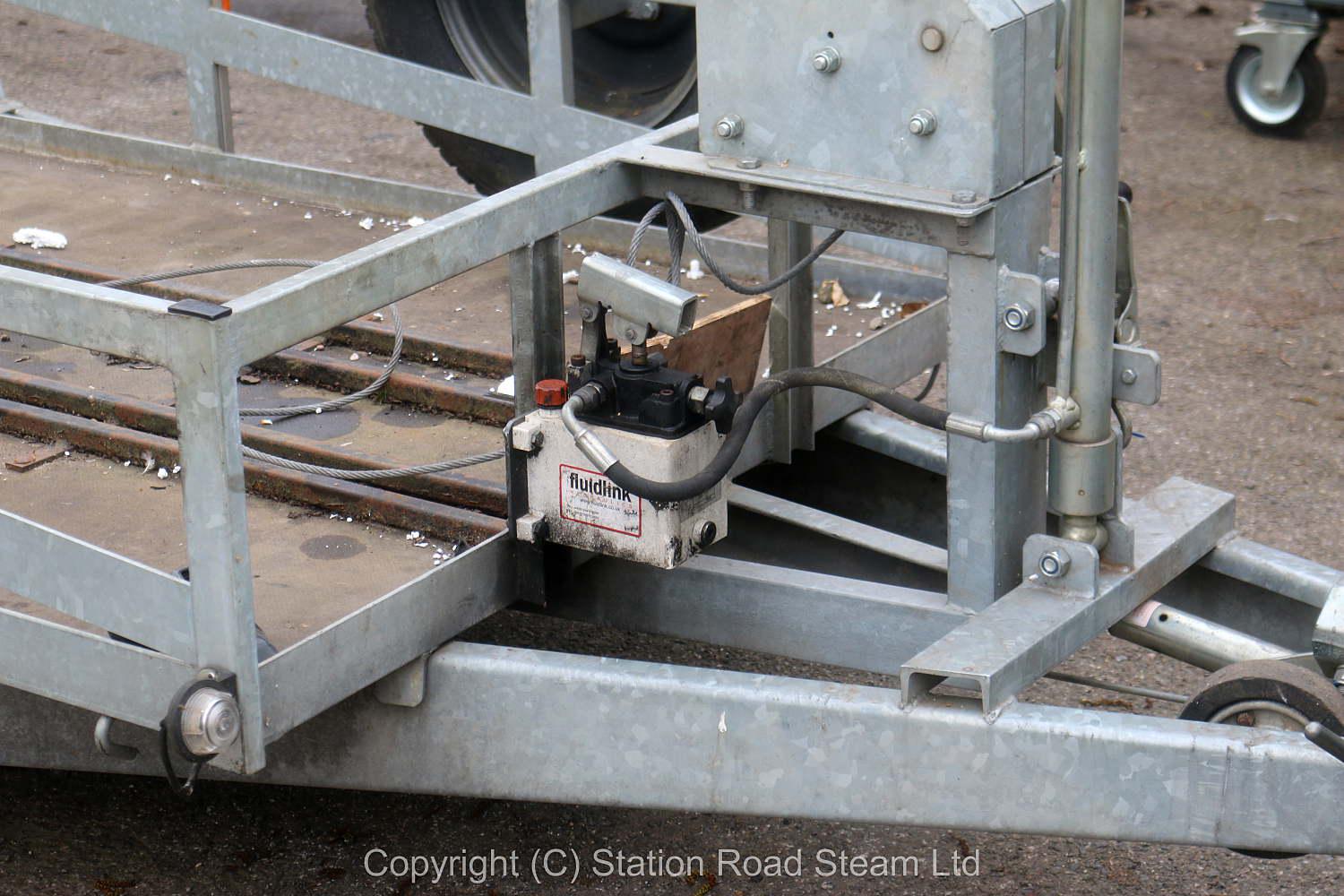 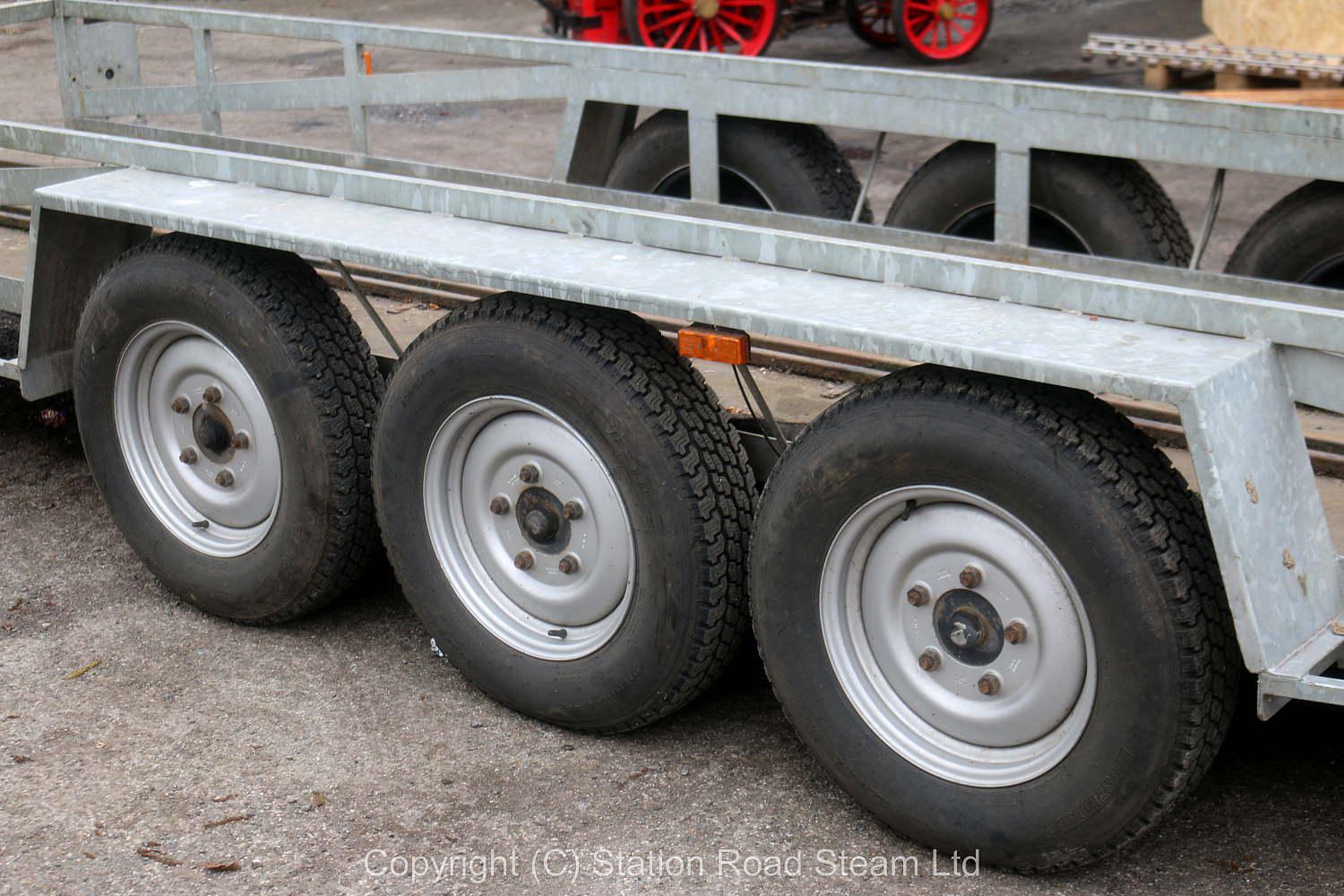 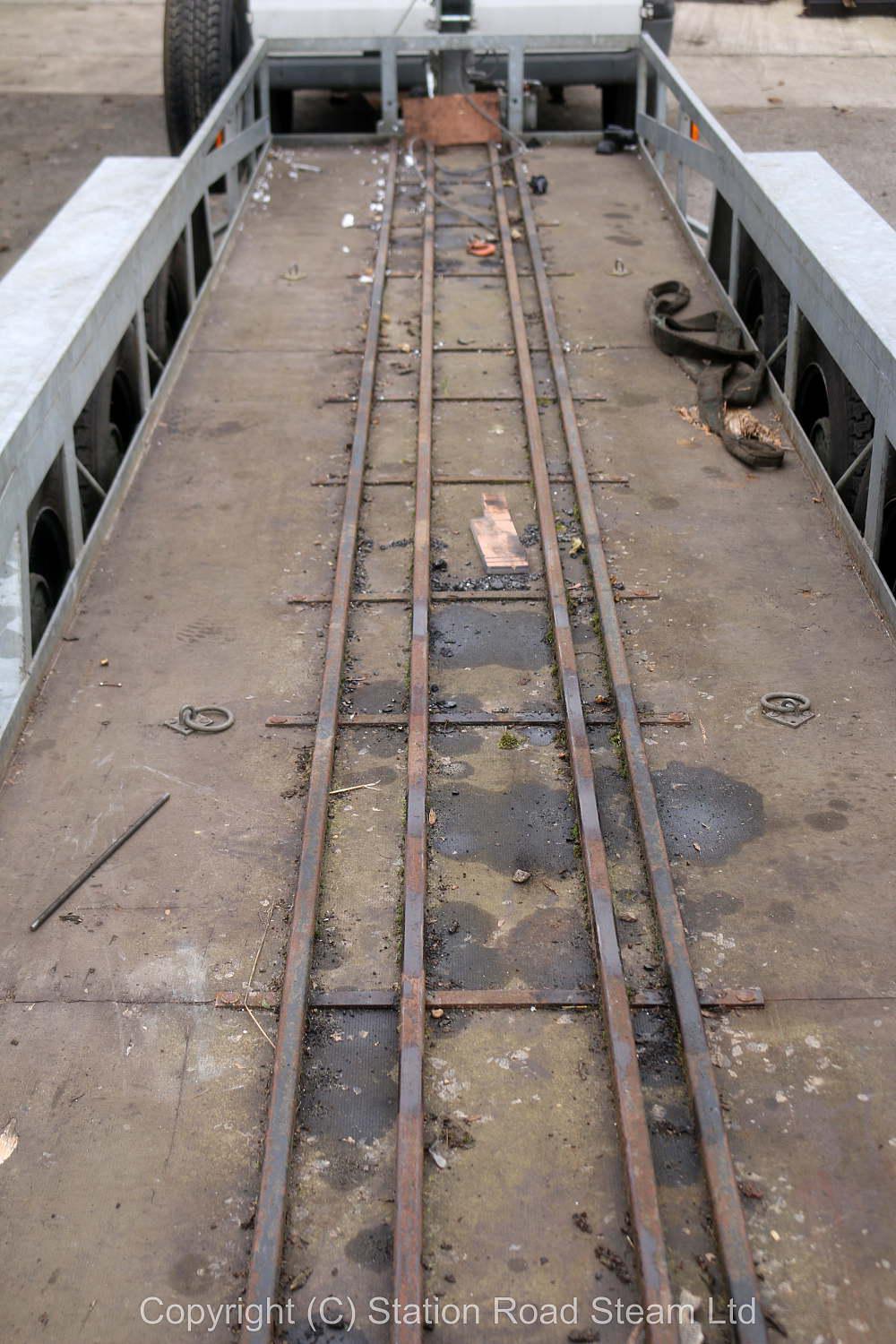 Under new instructions from the owner - the reduced price reflects his intent to sell (and our desire to reclaim the workshop...)

At something around 25% of the cost of having one of these built, for lb it must be one of the best value 7 1/4 inch gauge locomotives on the market! (Having moved all the Heywood collection rolling stock last week, I can attest to the fine towing capabilities of its trailer as well)


A magnificent East African Railways Class 59 Garratt No 5928 "Mount Kilimanjaro", built in 7 1/4 inch gauge by Coleby-Simkins in 1973. Modelled on a metre gauge prototype - itself the largest, most powerful locomotive ever built to run on that gauge - the model is, predictably, on the large side.

Originally built as an oil-fired engine for Brian Hollingsworth's Croesor Junction Railway in North Wales, it was converted to coal-firing when it moved to Weston Park - apart from a few trips out (not an insignificant undertaking with something this size), it's lived there ever since. There are several videos of the engine running on YouTube - it seems to attract cameras whenever it's running - one of the best taken at the Moors Valley Railway for their Garratt Gathering in 2009 (not by me I hasten to add, my thanks to the owner for publishing it).

Welded steel boiler with expanded tubes, four element radiant superheater, 150psi working pressure with three safety valves - it was built in 2003 as a replacement for the original boiler. Lever-operated butterfly type firehole doors. Feed by Penberthy vertical injector on the right hand side, Buffalo No.2 horizontal injector on the left. Chime whistle mounted horizontally along the firebox with fountain shut-off valve behind.

Cast iron cylinders with piston valves actuated by Walschaerts gear - there are steam chest pressure gauges for each end in the cab. Pole reverser in cab, mechanical linkage to engine either end. Twin mechanical lubricators. Main steam lines are in flexible stainless braided hose. Drain cocks are steam operated with valve on the footplate.

The engine is equipped with air braking, two reservoirs are mounted one each side of the main chassis. There is a duplex air pump mounted on the nearside, with steam valve and displacement lubricator with sight feeder for it in the cab.

Water tanks are mounted each end, with lever-operated drain valves.

Complete with a custom built triple axle trailer with winch for loading.

Richard Coleby and Neil Simkins ran the eponymous Coleby-Simkins business from Melton Mowbray in the 1970s, gaining a fine reputation for designing and building large scale locomotives - the company was closely linked with Lord Gretton's railway at Stapleford Park, where their superb 10 1/4 inch gauge Berkshire still runs. Neil Simkins went on to design and build a very fine 10 1/4 inch gauge Saint for Lord Braybrooke - I bought the engine in 2012, it's currently on loan to a private railway in Gloucestershire.