Sold April 2003 Back to Archive 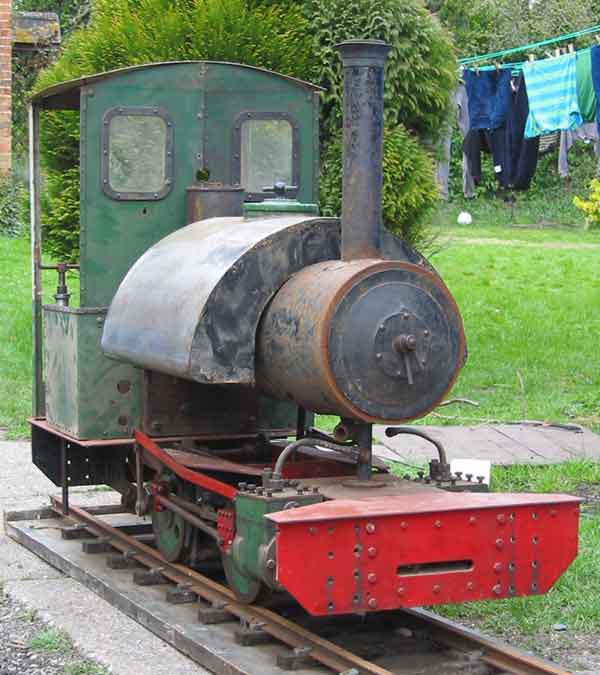 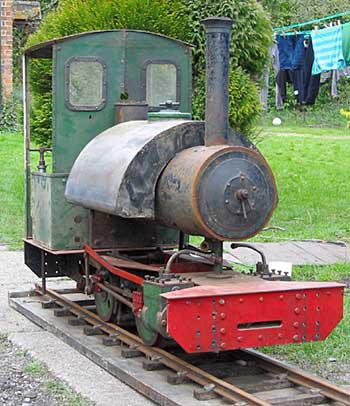 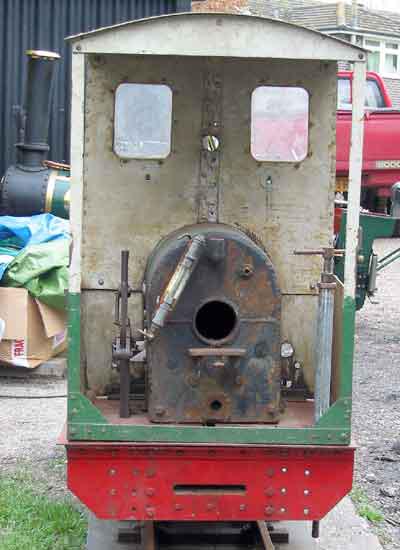 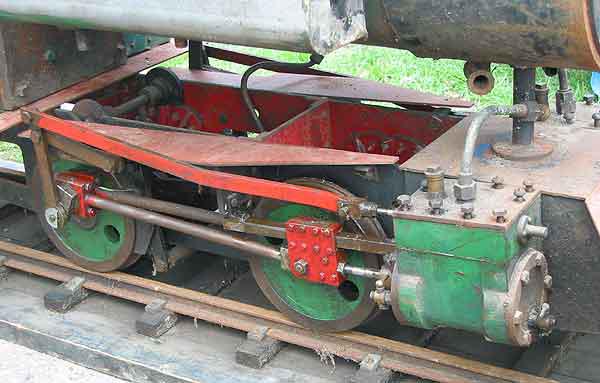 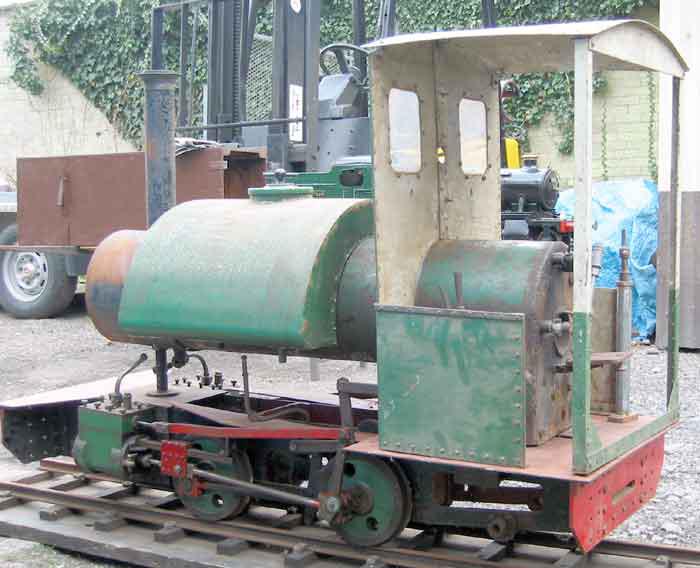 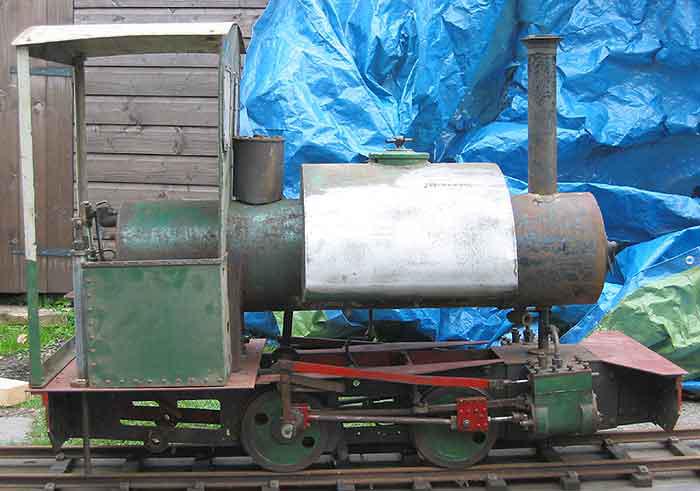 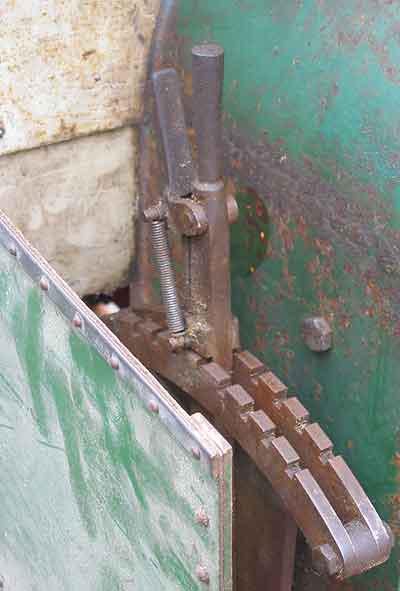 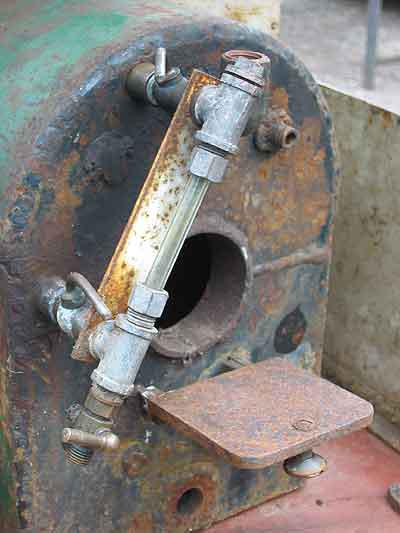 A large freelance design 0-4-0 saddle tank. The engine was built many years ago by a college lecturer to his own drawings, although obviously influenced by Bagnall's small industrial locomotives. In more recent years it was bought as a running engine for a proposed commercial miniature railway project - the engine was stripped for an overhaul and that was the last time it steamed (where have I heard that before?!).

0-4-0 chassis, 2 1/4 x 3 cylinders with slide valves actuated by Marshall valve gear. Steel boiler with 18 x 1/2 inch diameter tubes expanded in. The regulator was originally an external valve which is missing, along with the pressure gauge.

Although the engine has languished for many years, there is enough decent engineering in it to make a worthwhile rebuild. It's a large engine, similar in size and proportion to a "Sweet William" (itself a model of the Bagnall W class). The chassis turns over easily and would be no more than a morning's work to have running on air - indeed the engine could be got back working as a "running restoration" without a great deal of work. It is shown here loosely assembled, I also have the boiler cladding.