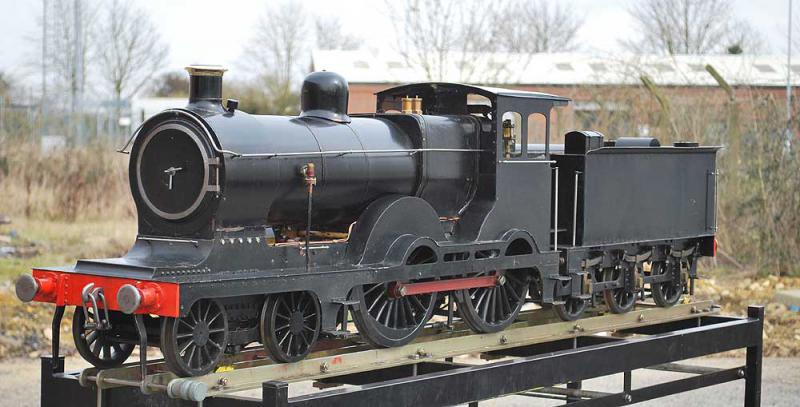 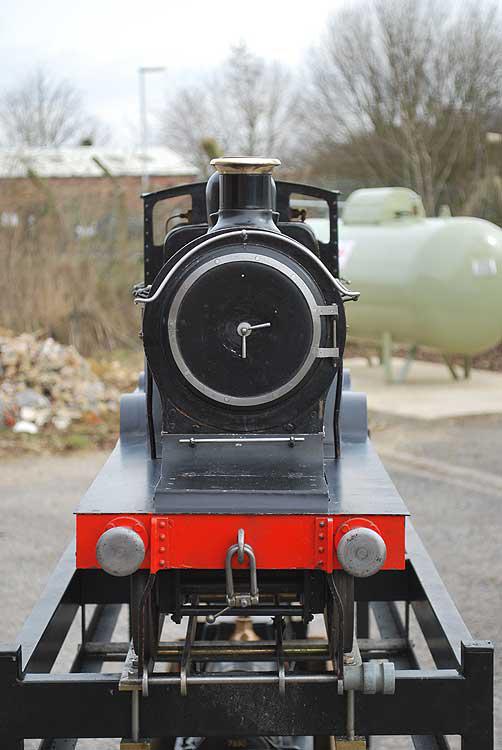 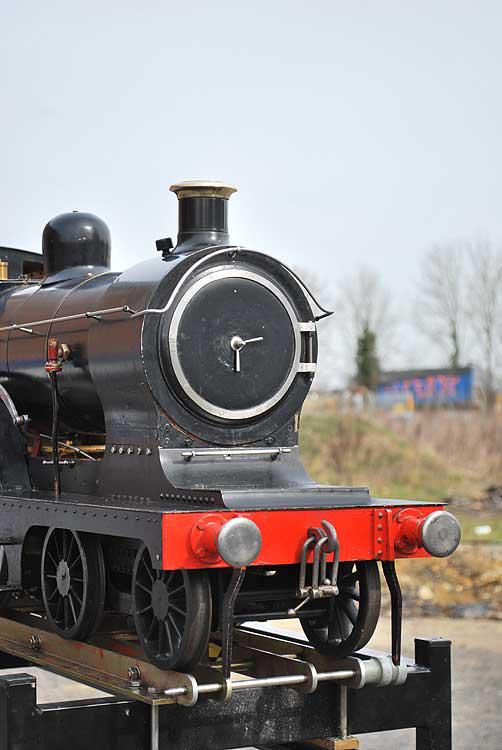 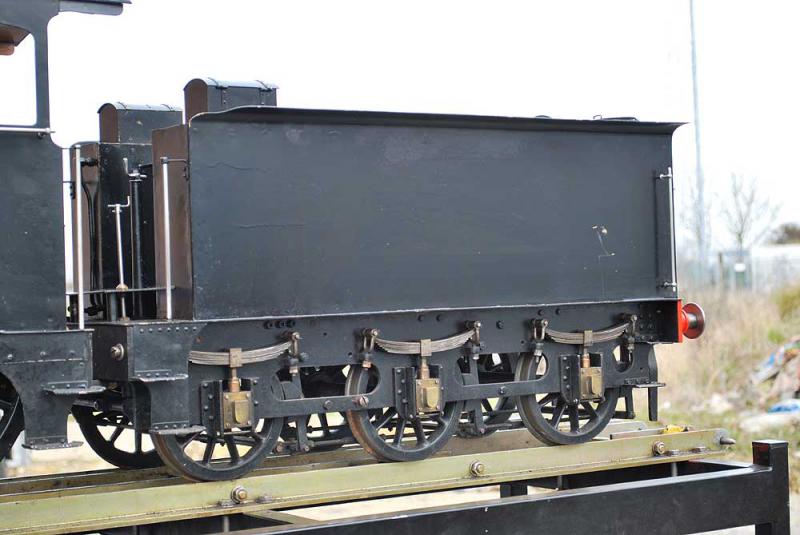 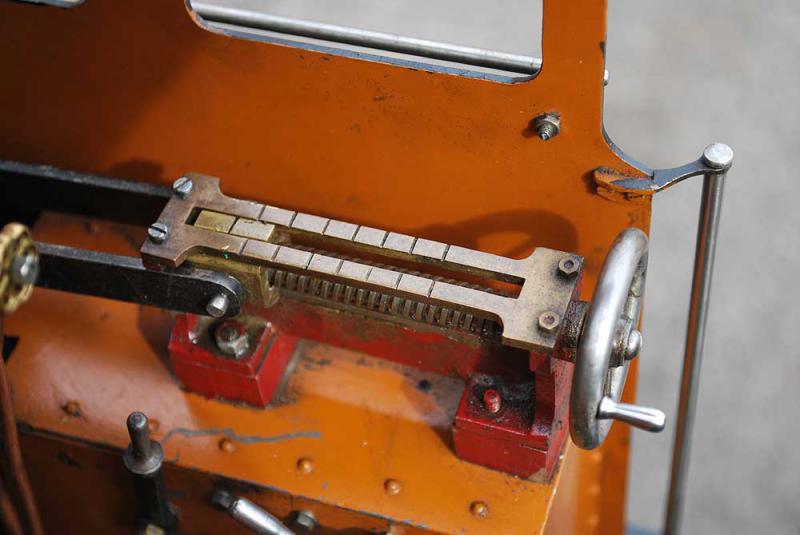 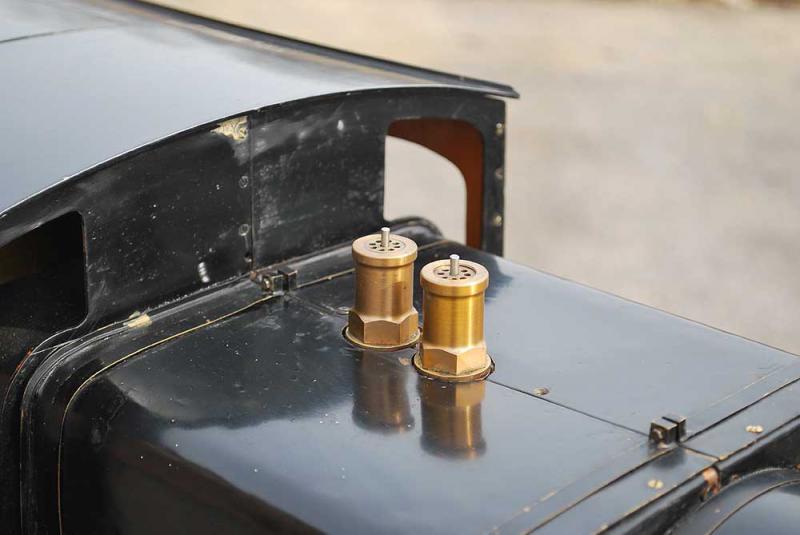 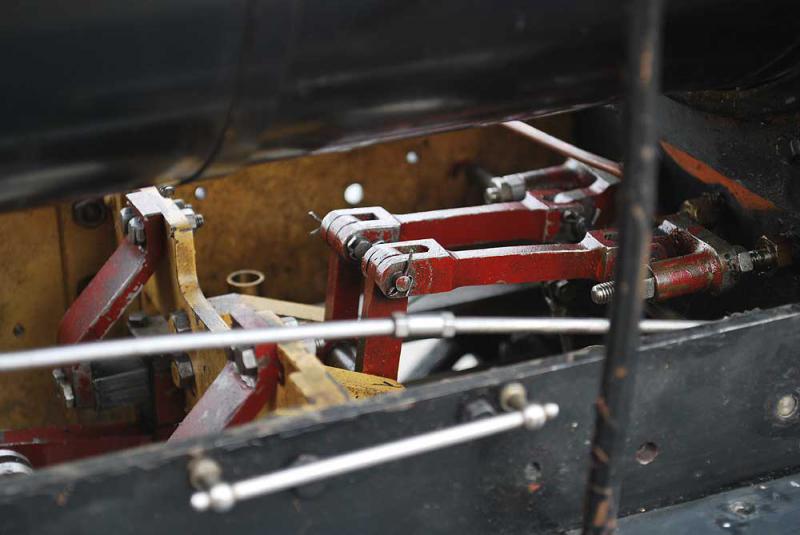 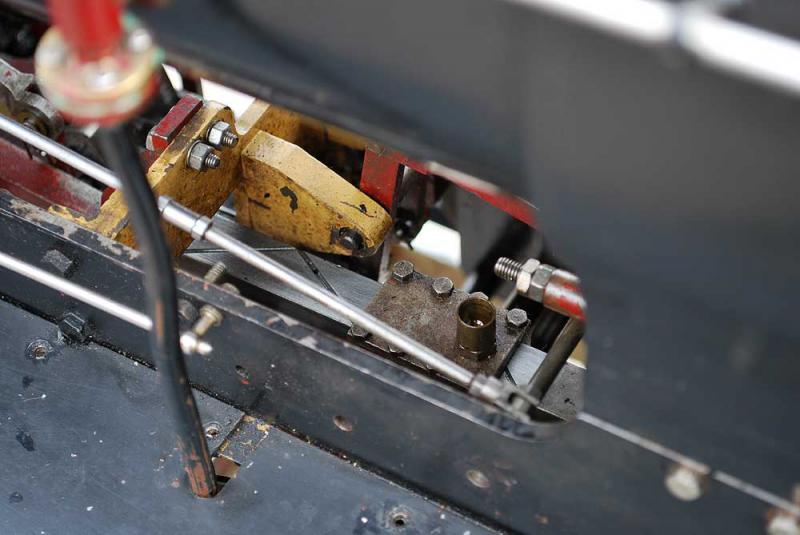 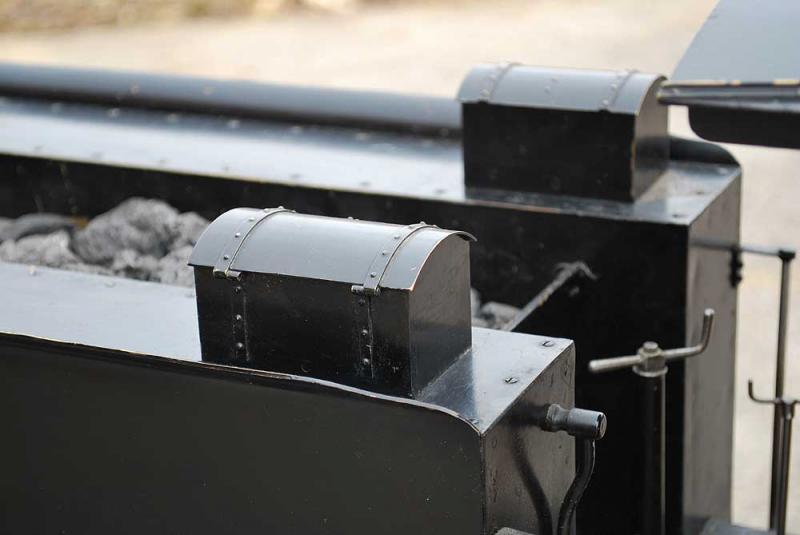 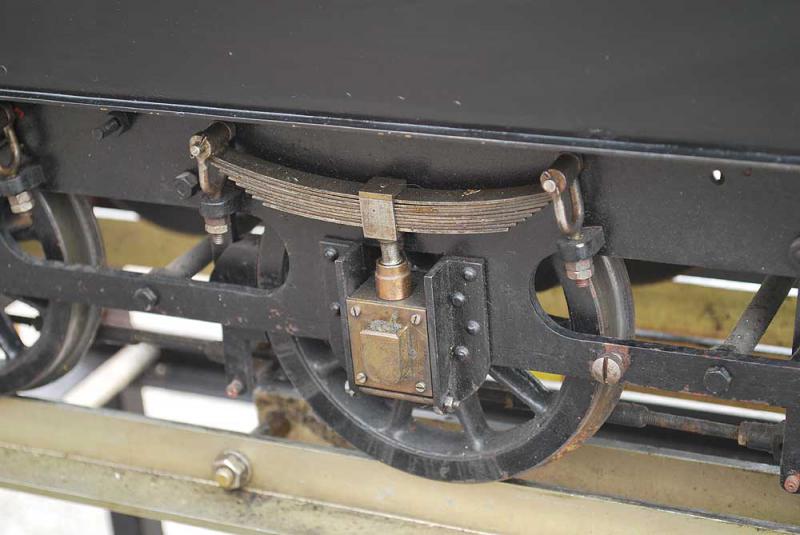 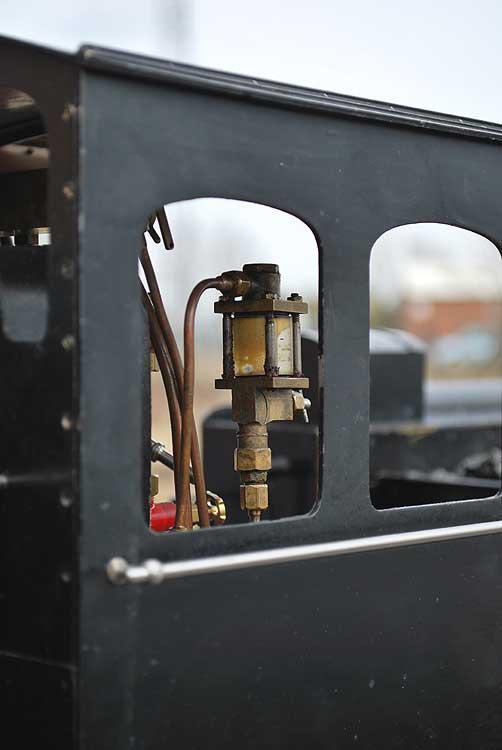 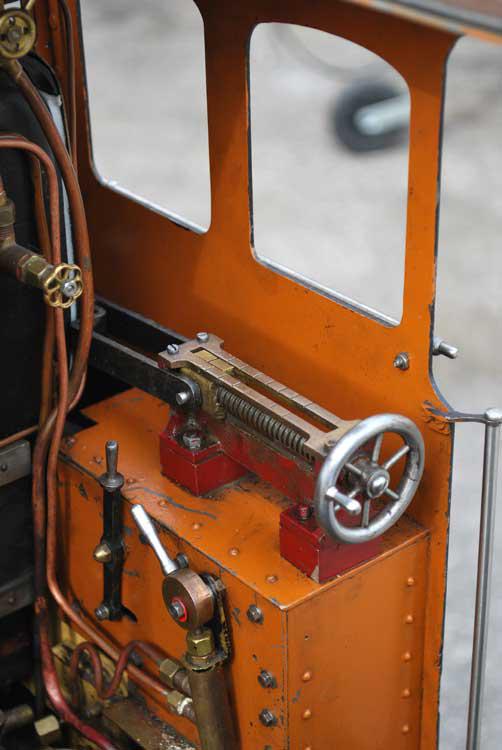 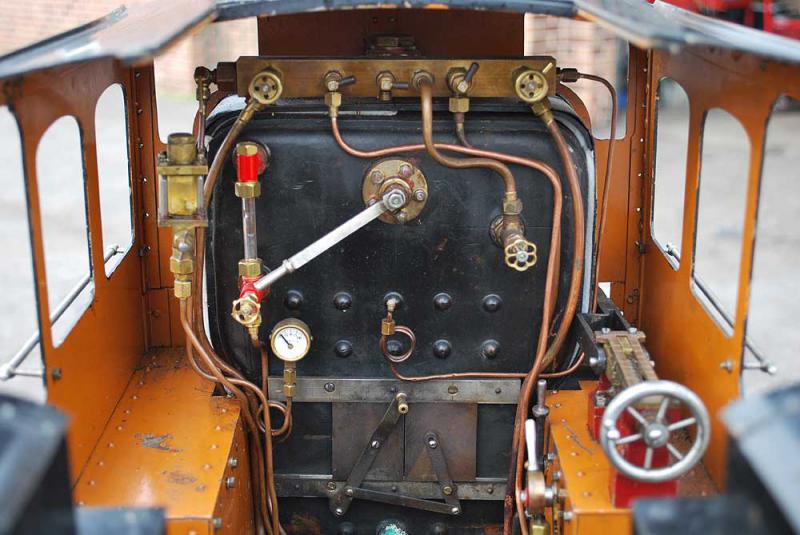 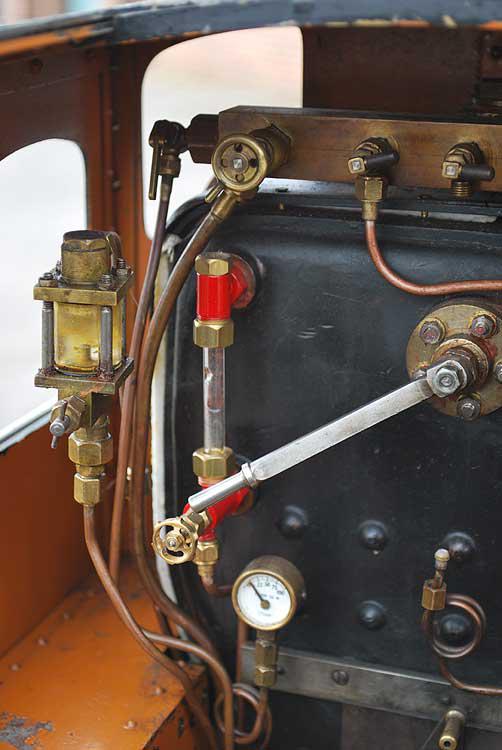 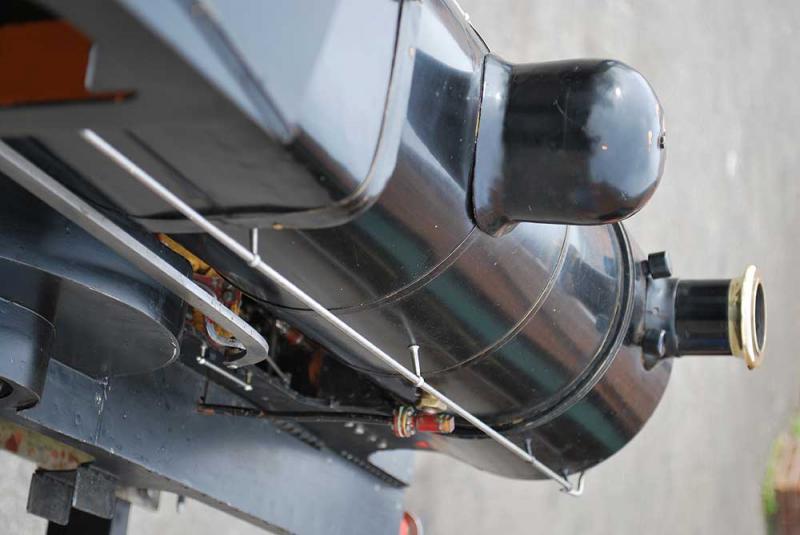 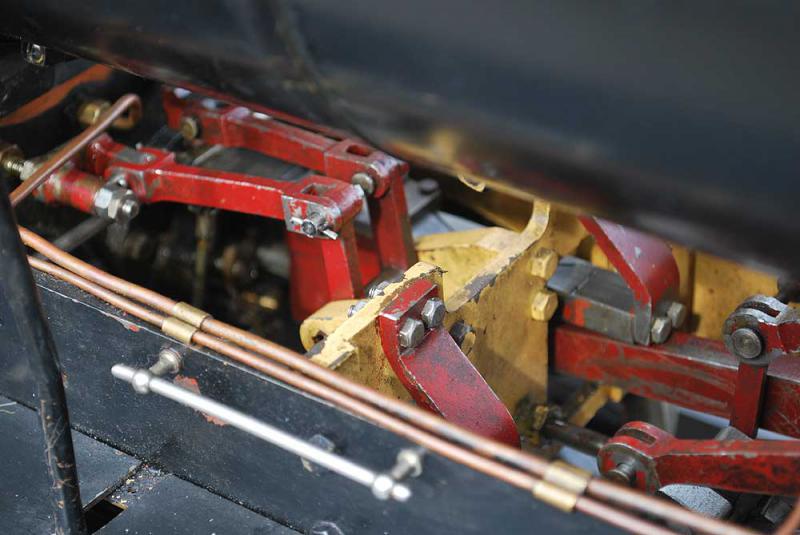 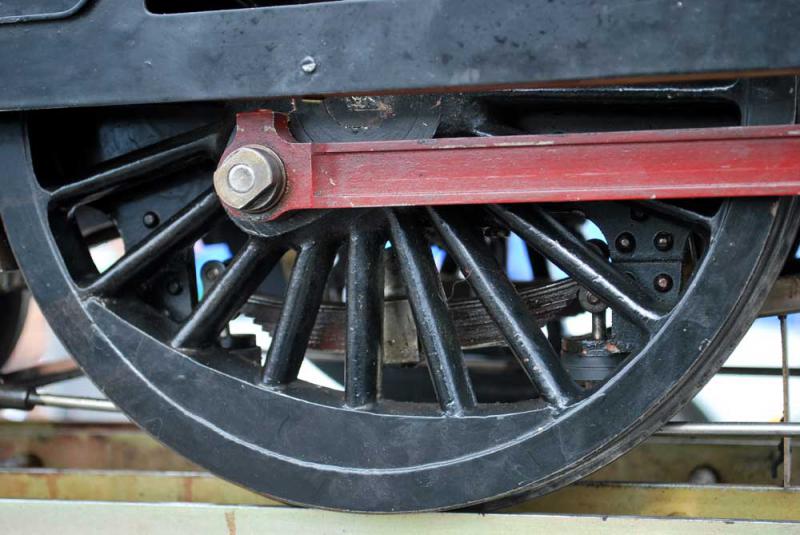 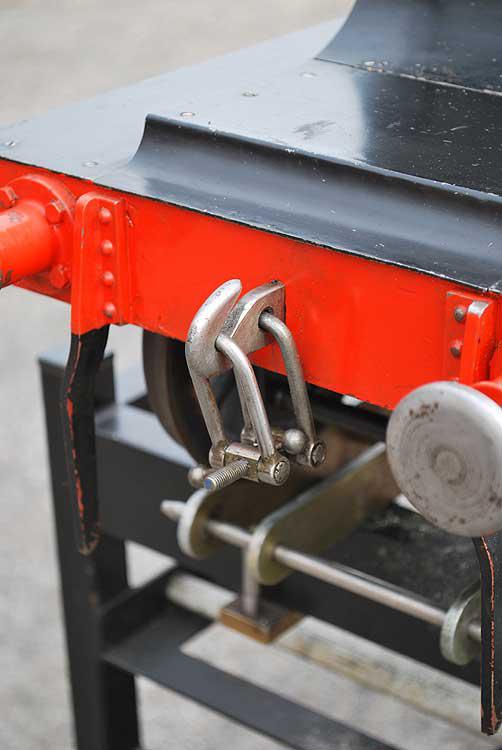 A 7 inch gauge Great Eastern Railway Claud Hamilton, a rare engine in this gauge, although I've had 3 and 5 inch gauge versions in the last few months.

This engine has been well made though detailing and paintwork are sparse to the point of austerity. It has been running until recently, when a loose crank web brought about retirement pending repair. In all other respects it doesn't look to have done a great deal of work.

Silver soldered copper boiler with two element superheater, working pressure 90psi, feed by twin injectors it was last hydraulic tested in May 2008 when last out of the frames and cladding removed, there is a club certificate for same expiring in May 2012. Slide valve with Stephenson's gear, screw reverser in cab, sight feed lubricator. Steam brakes to locomotive.

The engine could be put back into service rapidly for the coming season simply by dropping out the crankaxle and refixing it however, when more time is available, it would be an engine that could be much improved by addition of cab window and splasher frames and a decent repaint. To see what a really nice one looks like, they don't come much better than the 5 inch gauge one that we took to the Warwick Show last October pictures in the archive here.