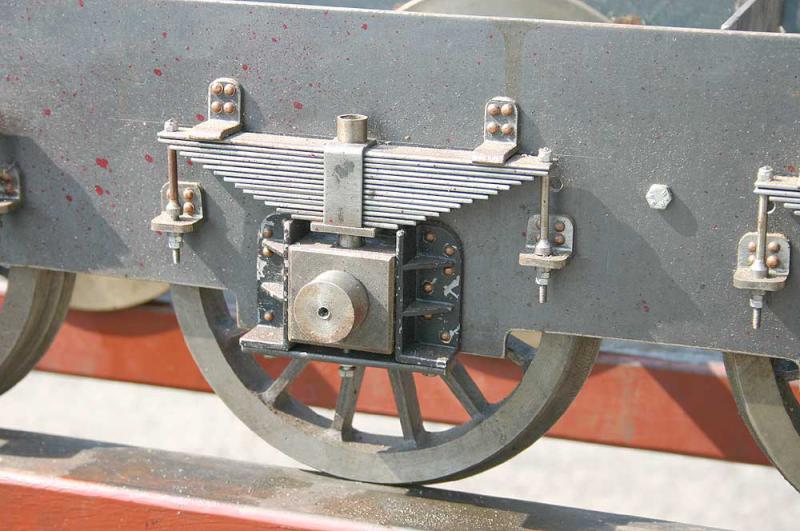 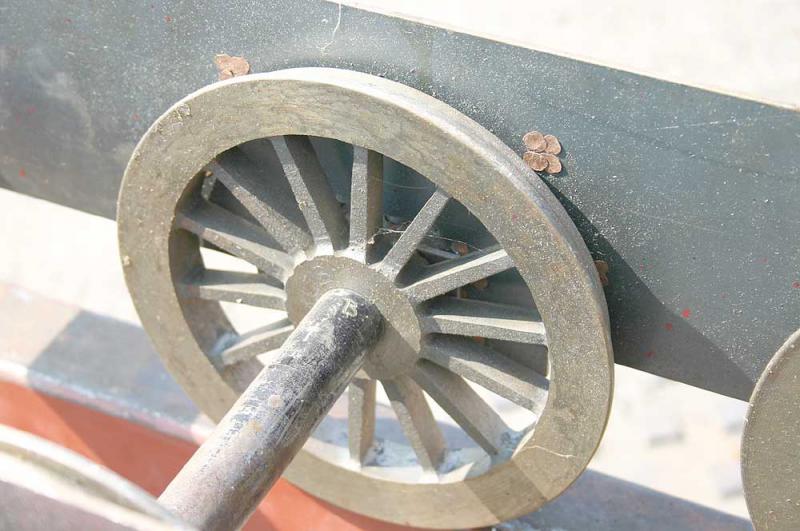 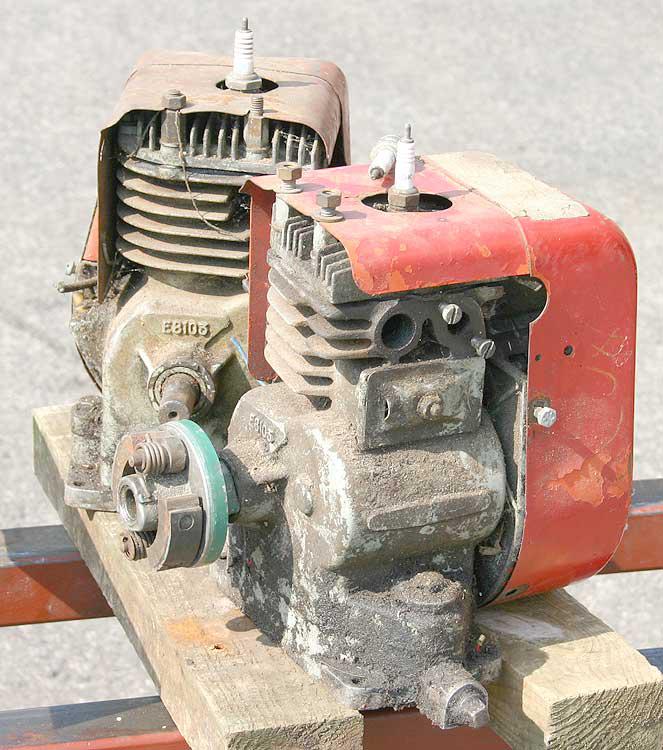 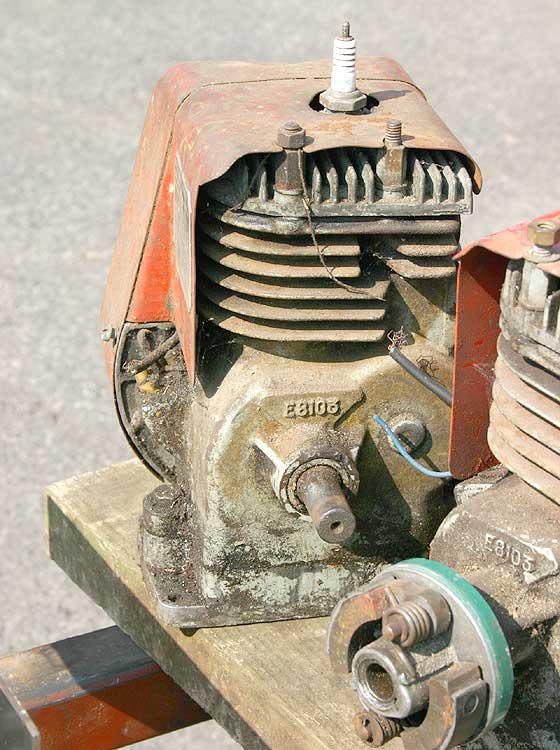 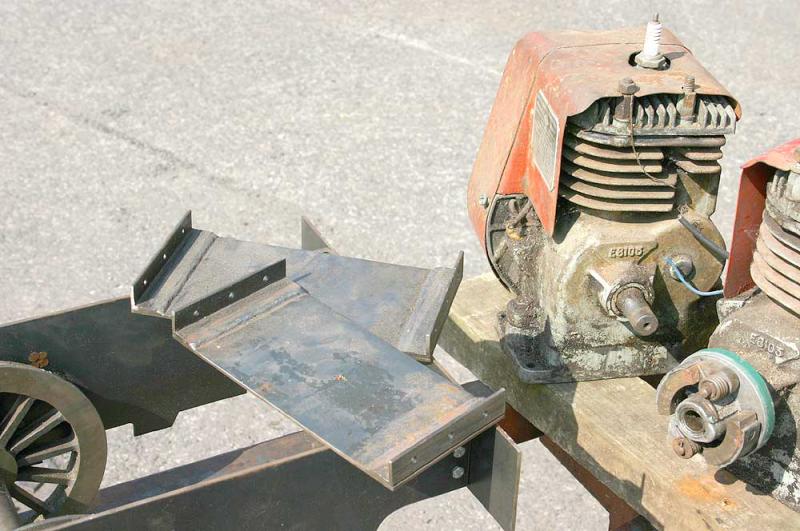 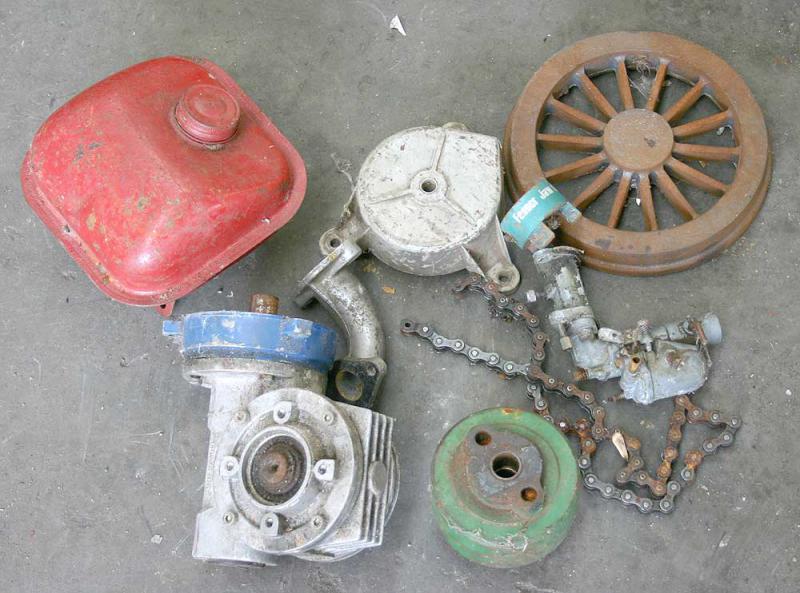 An early stage chassis for a 7 1/4 inch gauge Class 08 shunter. The builder's intention has been to fit not one but two engines - apparently the beating of the exhaust as they went in and out of phase would emulate the sound of the prototype's large diesel engine. All I could think about the poor bit of chain connecting two engines which were attempting to produce this out-of-phase symphony.

There is a box of bits including the two aforementioned engines, a Fenner coupling, one spare wheel casting, some odd sprockets, a chain and a fuel tank.

I had a complete one of these in last year, pictures in the archive.