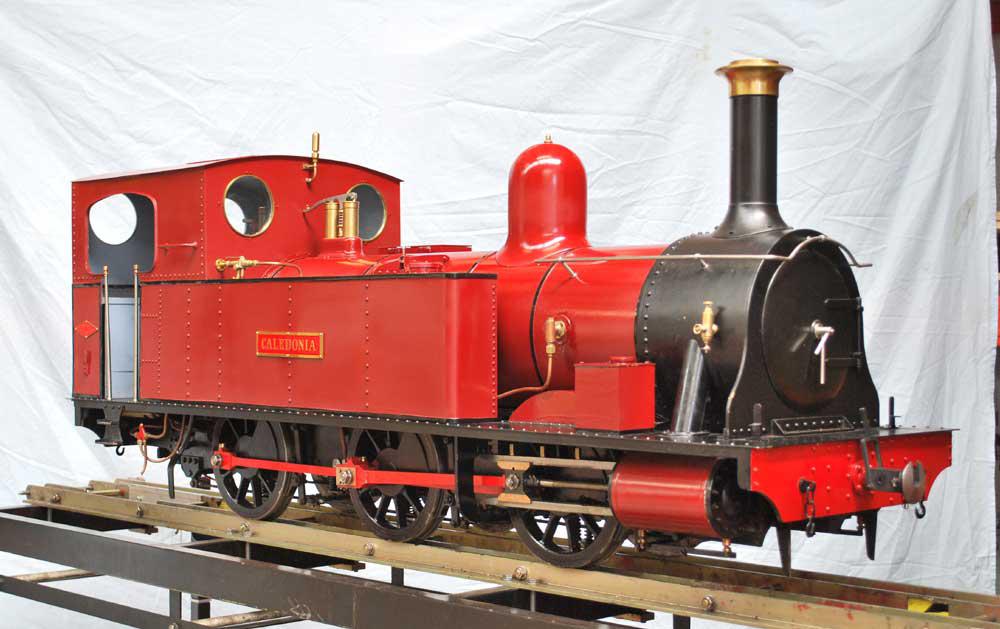 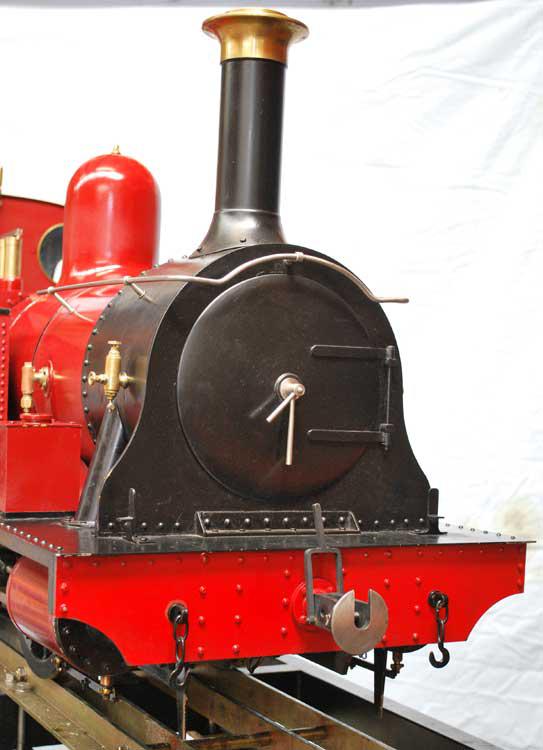 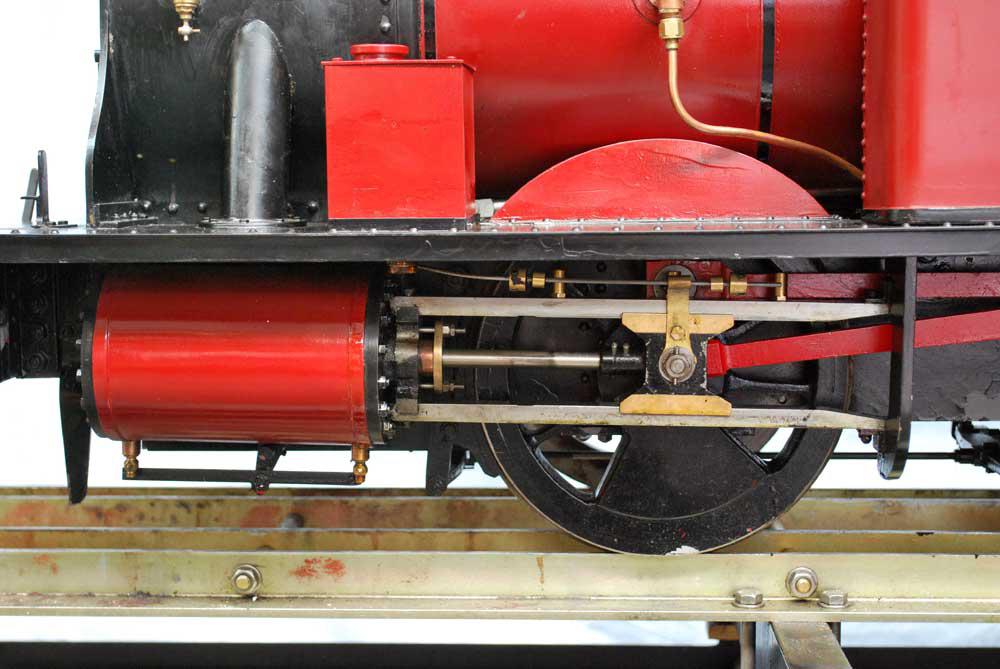 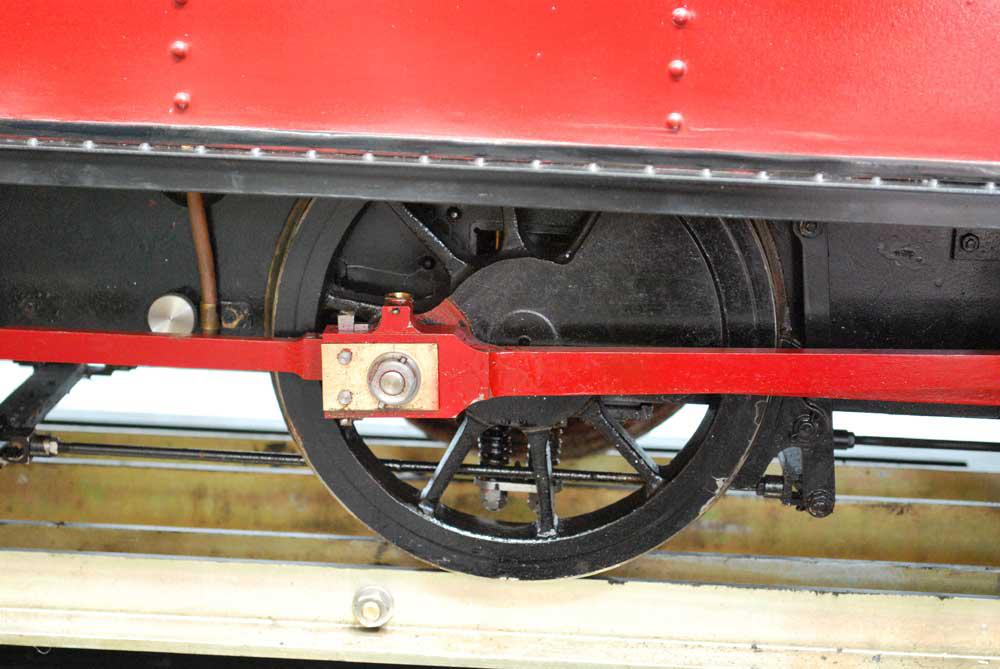 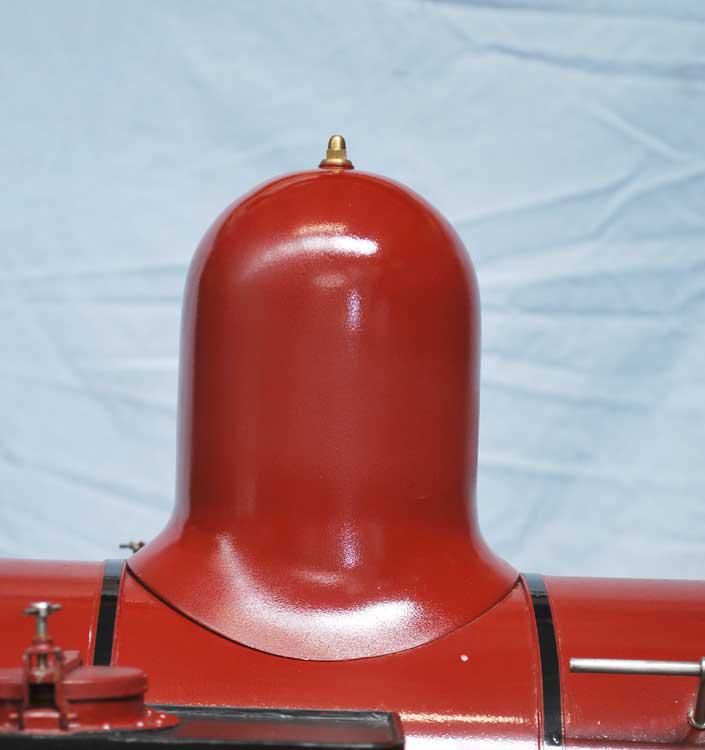 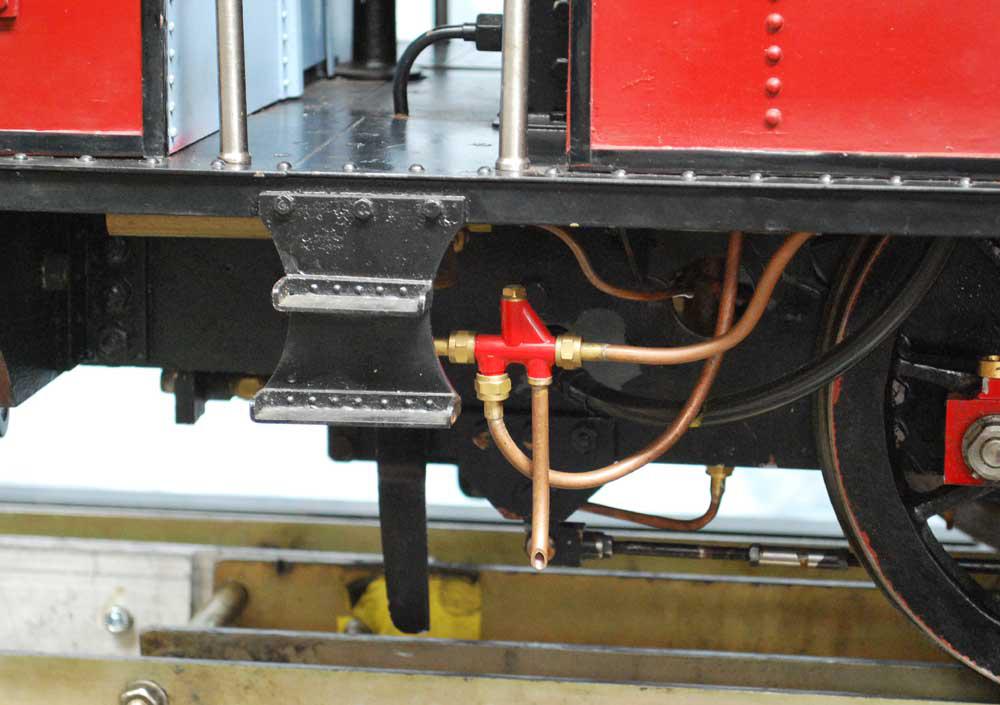 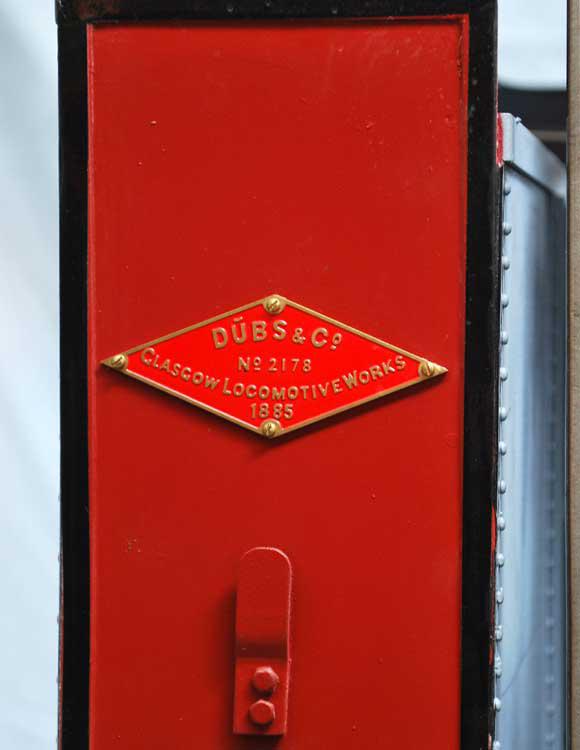 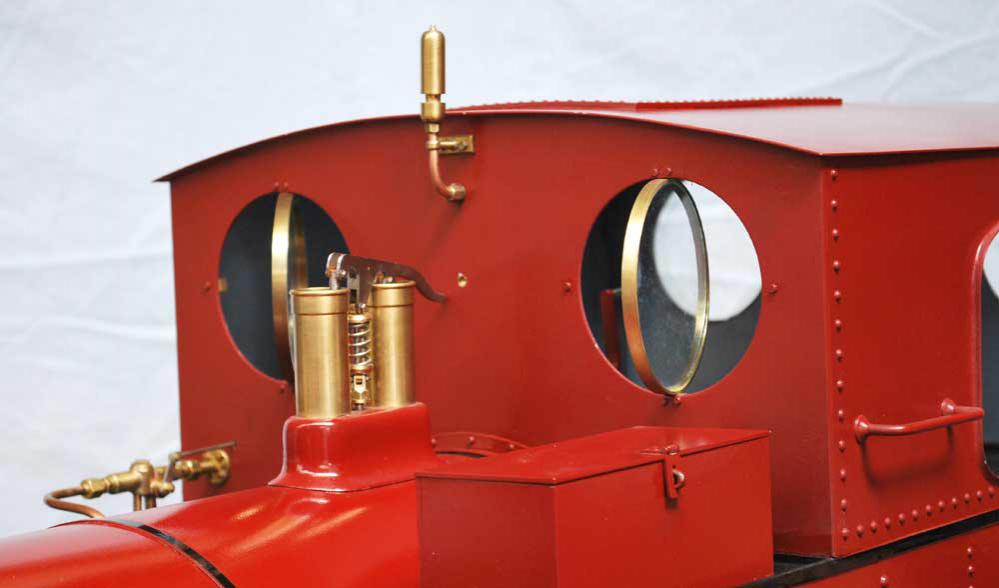 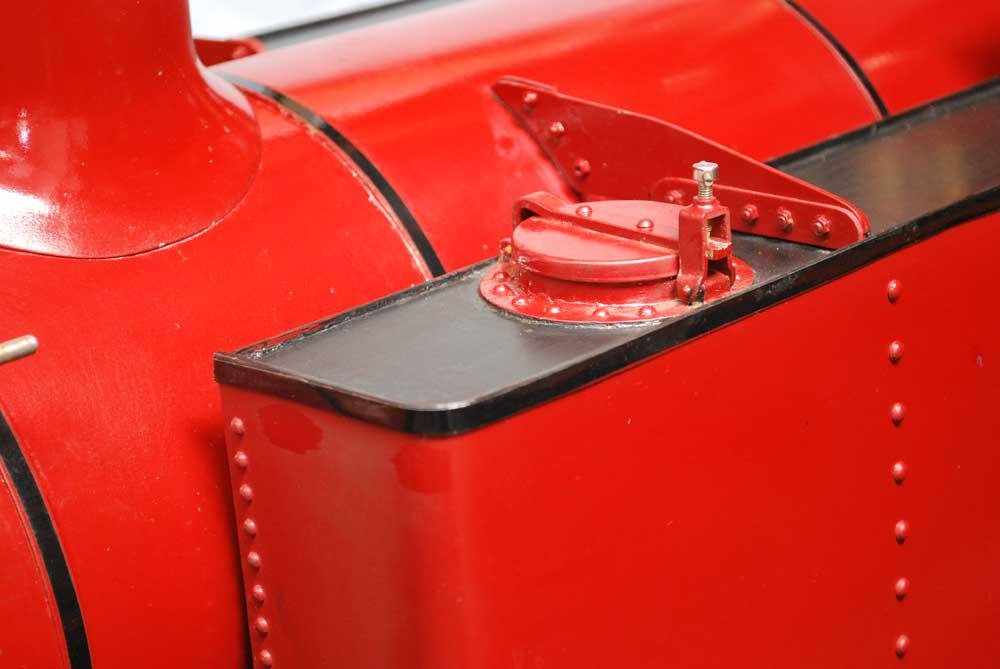 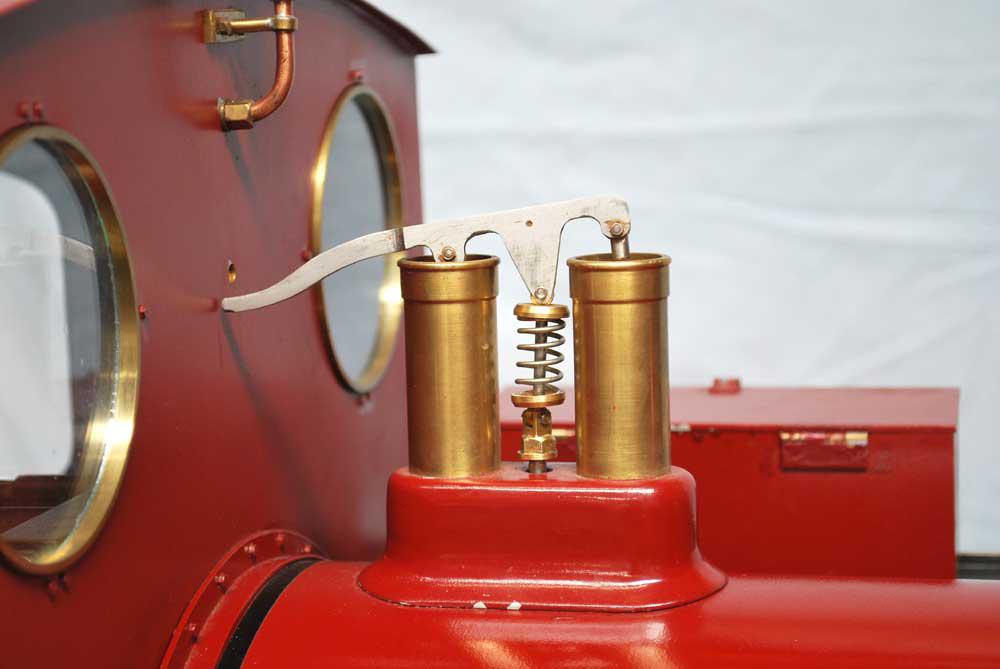 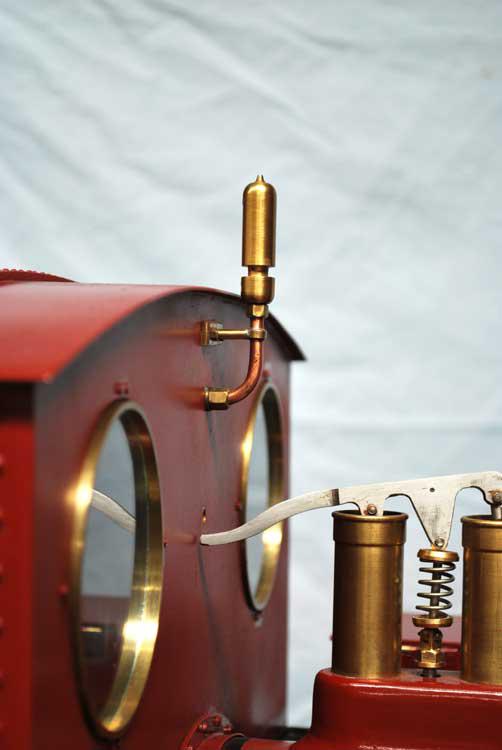 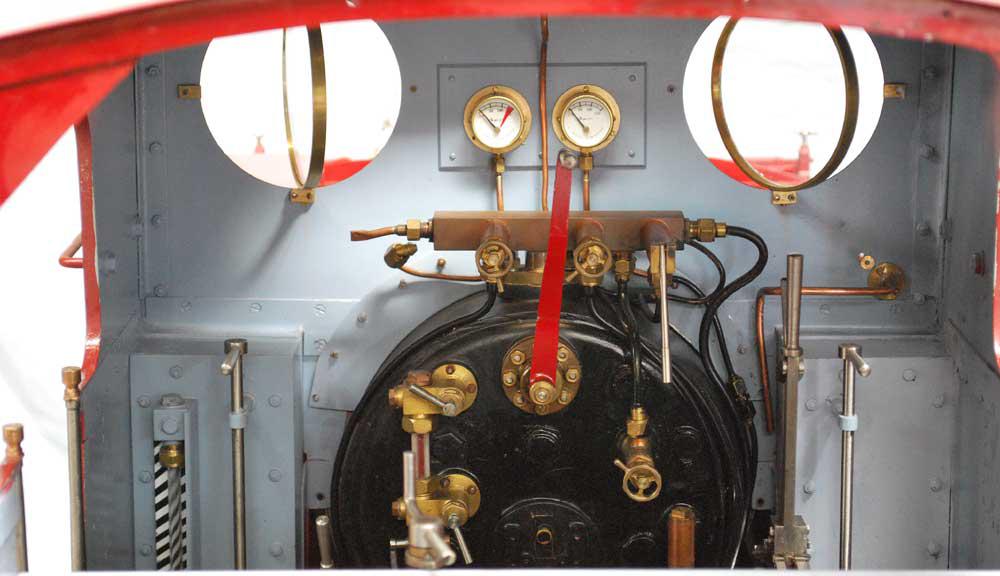 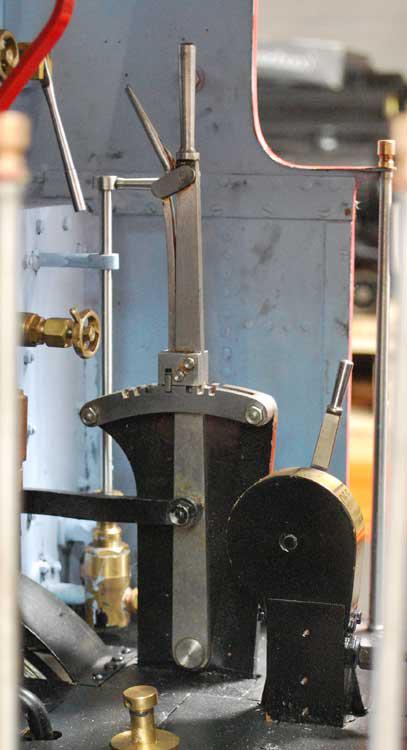 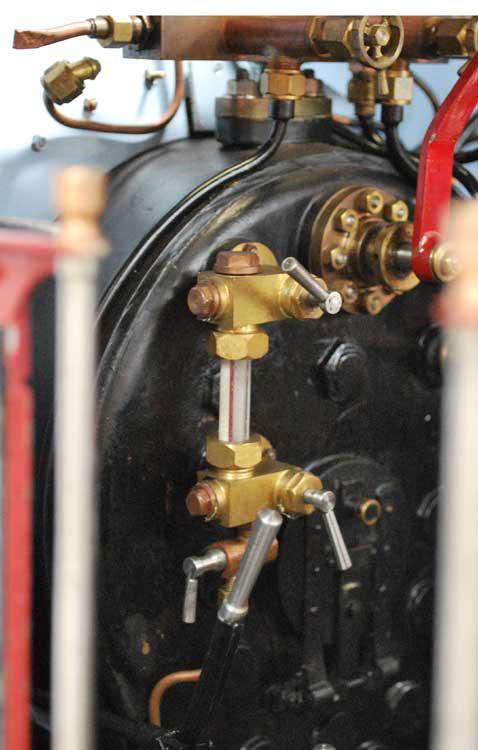 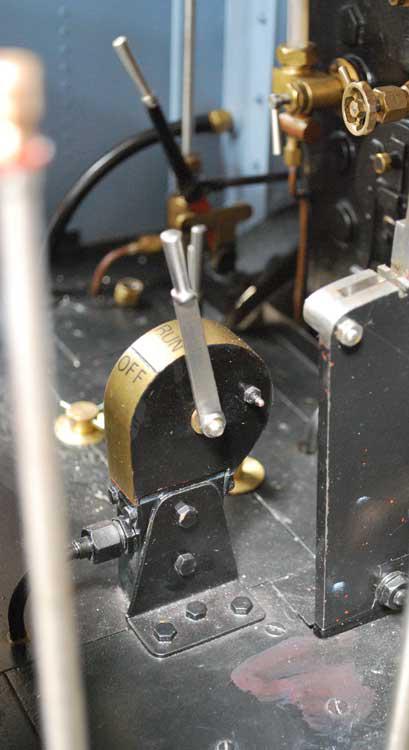 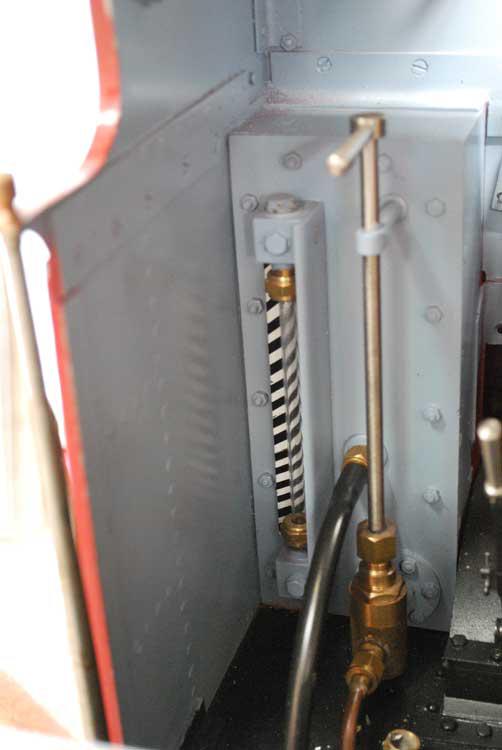 The work of an experienced engineer, this was the second of three locomotives built in his retirement, all in 7 1/4 inch gauge. The first, a GWR 14xx to Evans' "Dart" design took a VHC award at exhibition, the last - an LMS Black 5 to the same designer's "Highlander" design was built to a similar standard but never completed, there are some pictures in the archive of that one here.

None of the engines ever went out to the track - the man was interested in building rather than running them. Both the 14xx and this engine were test run on a rolling road in the back garden to check valve setting (and, I suspect, to amuse his grandchildren), the remainder of the time they simply decorated the workshop with the occasional outing to exhibitions.

The engine has been well-built and nicely-detailed with opening cab windows, a neatly-laid out backhead and dummy sanding boxes acting as oil reservoirs, piped down to the axle boxes and motionwork. Paintwork is reasonable looking from a distance, but has been done in a hurry - possibly in impatience to get on with the Black 5. The frames and wheels have a thin coat of black, the attractive brick red livery above is of variable quality, with a fair amount of overspray which could possibly be cut back to improve the gloss finish.

We've had this one running on the rolling road, it goes beautifully.
Complete with a set of drawings and the builder's construction photographs.

Here's a video of it running on air.