Sold July 2020 Back to Archive 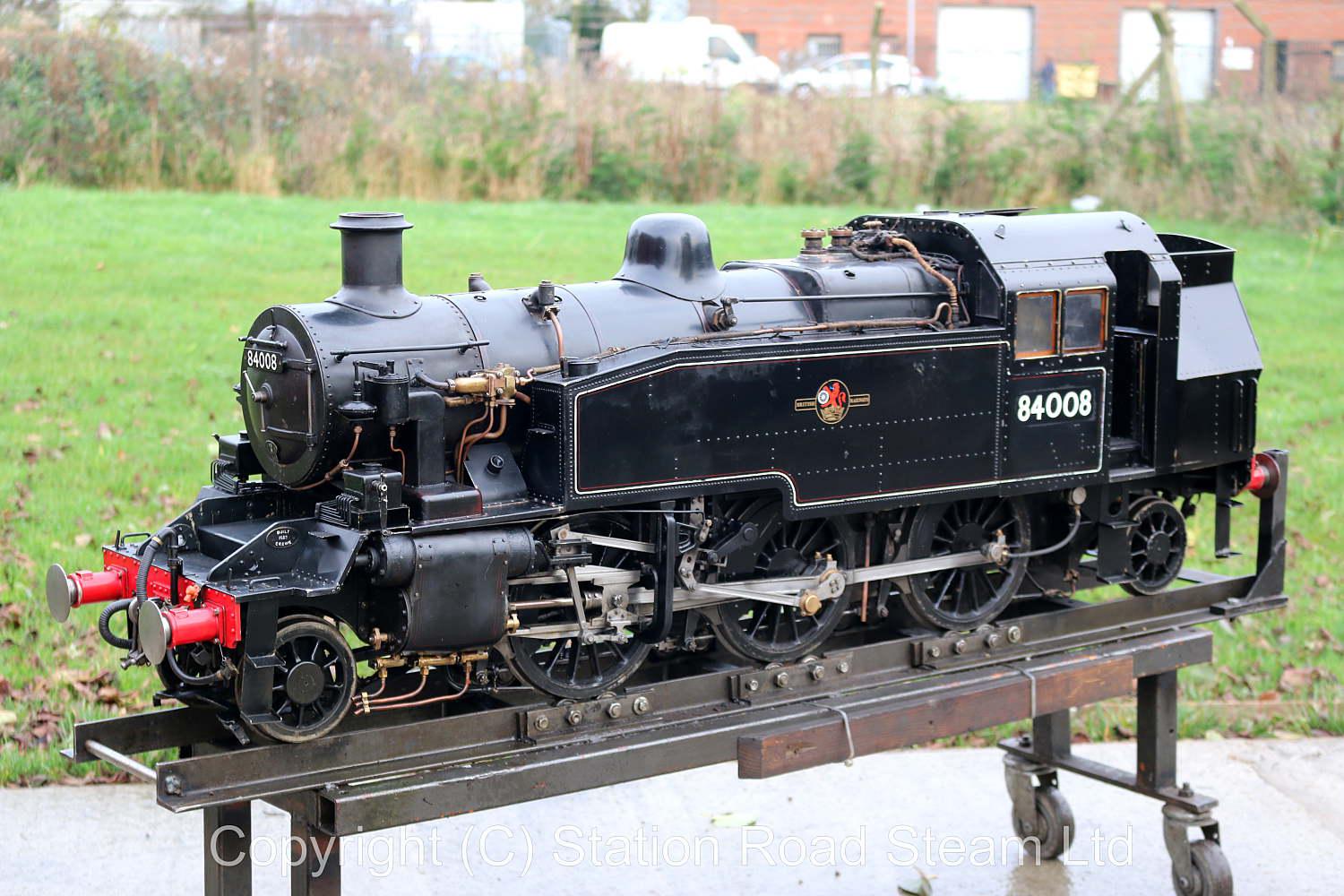 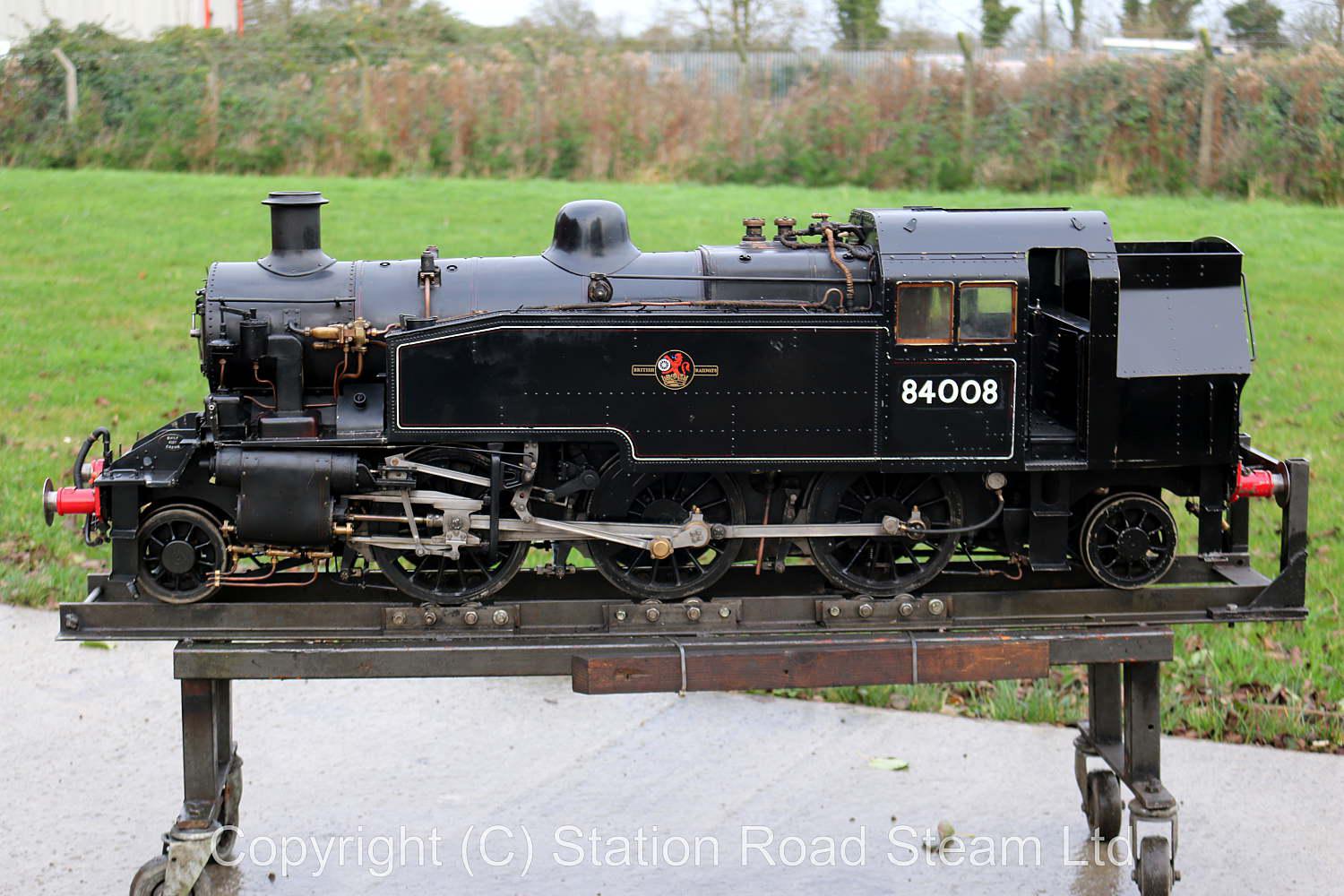 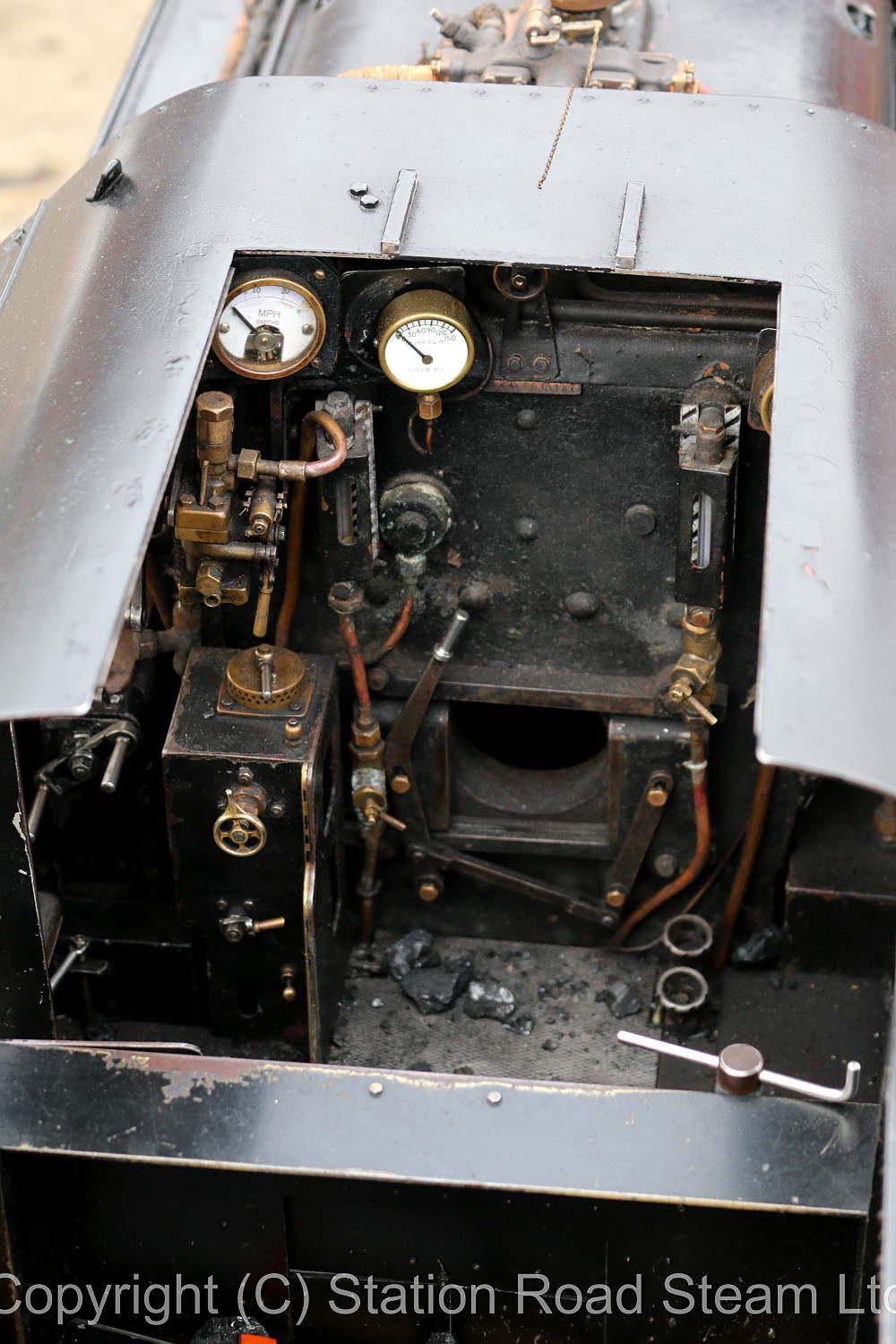 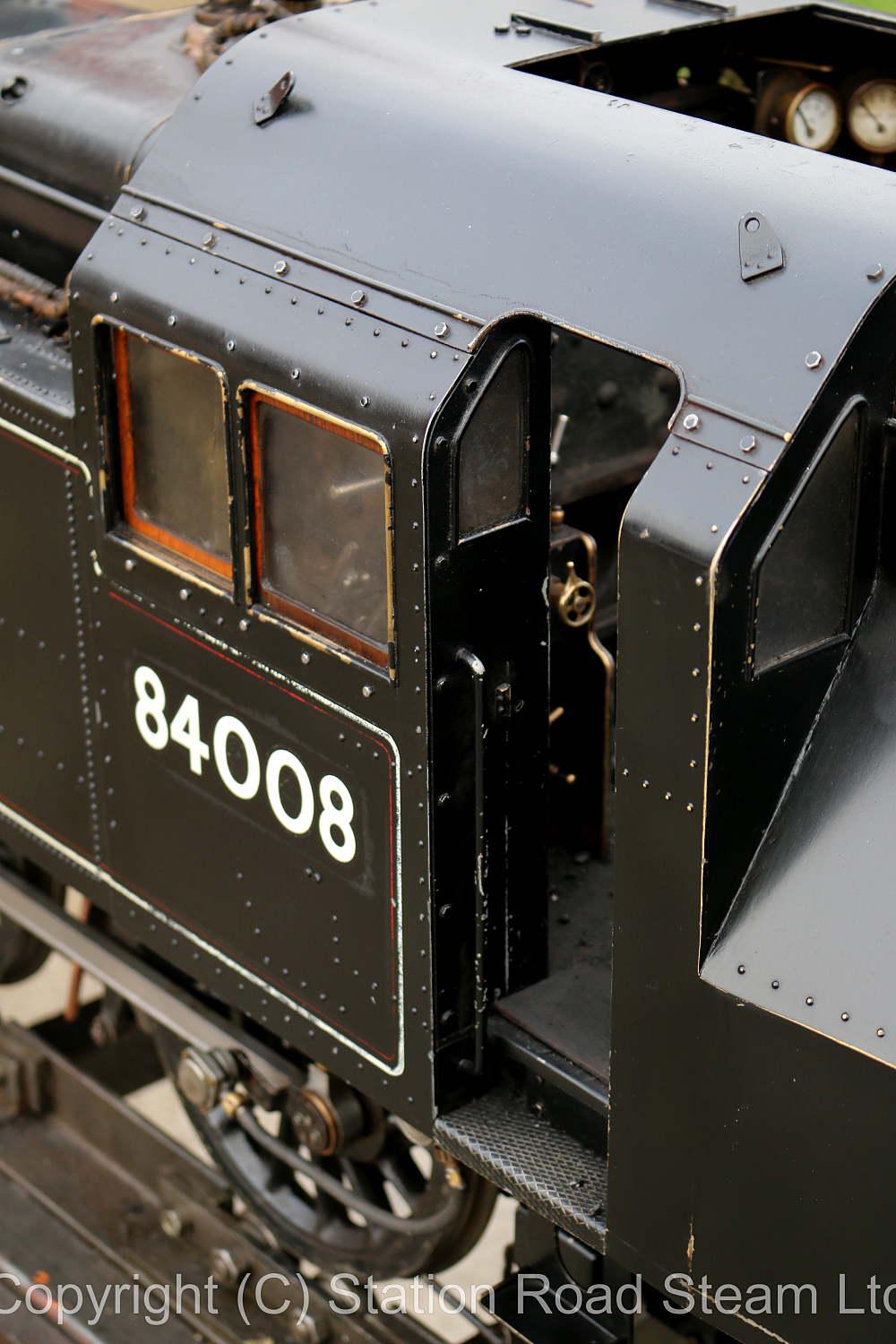 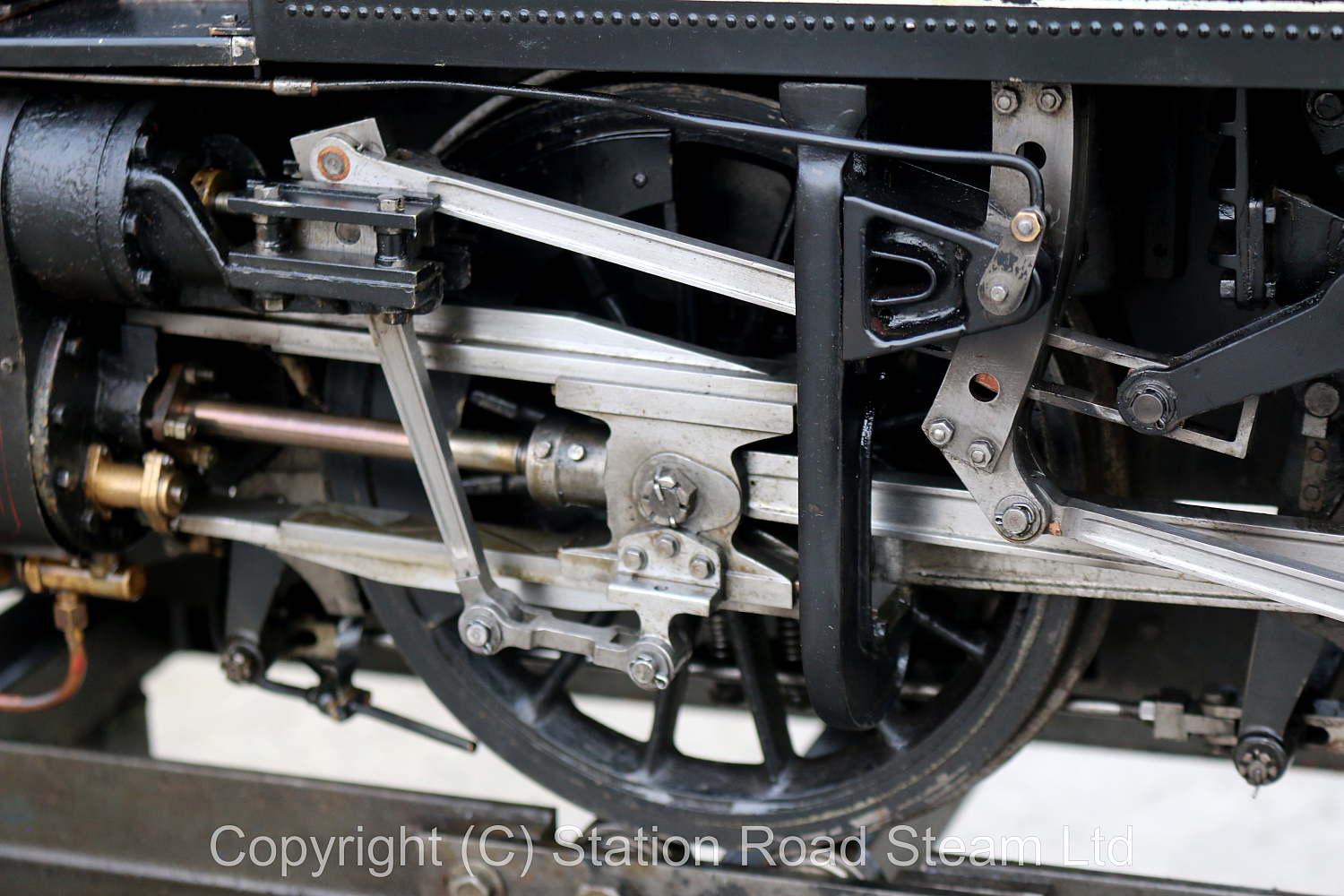 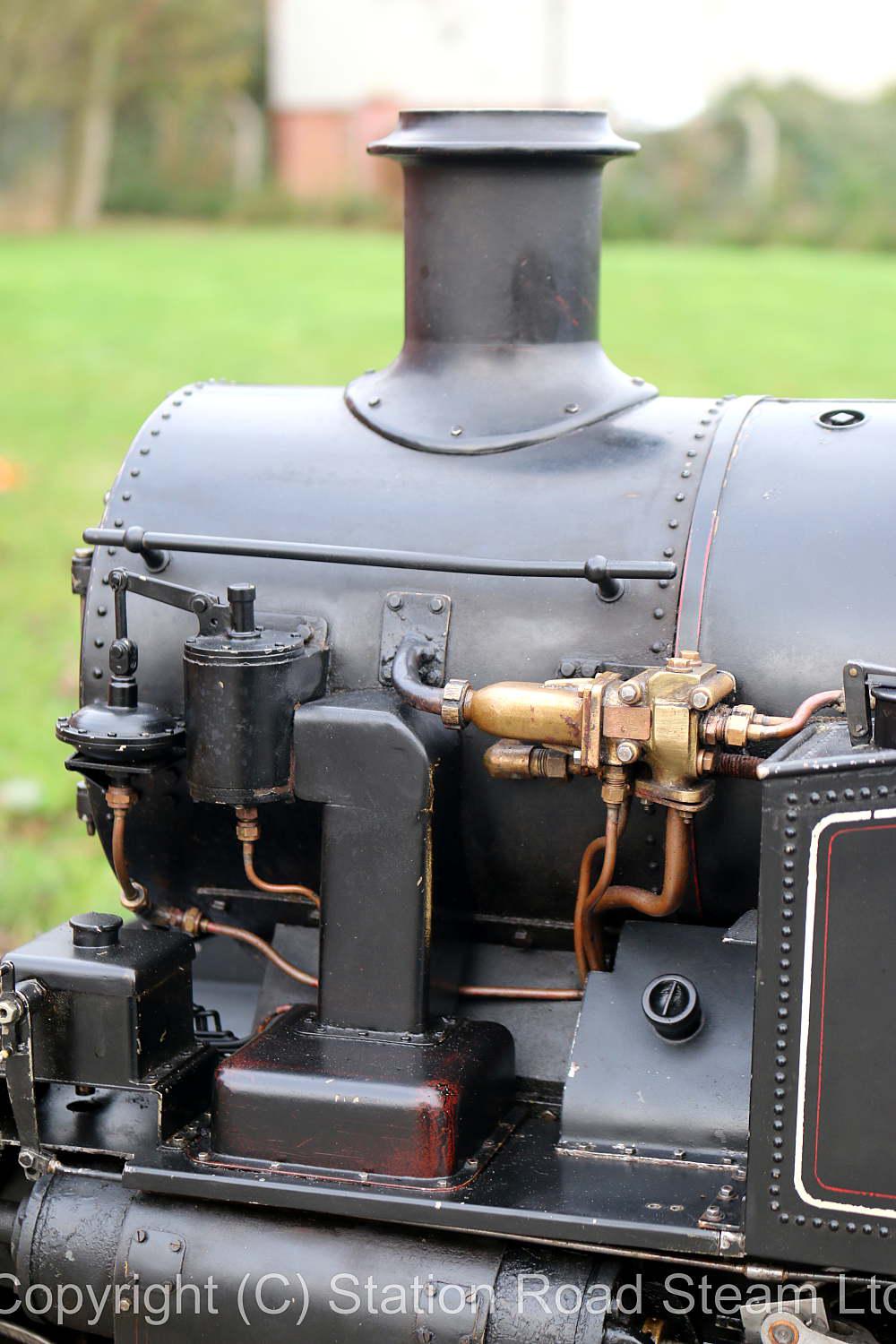 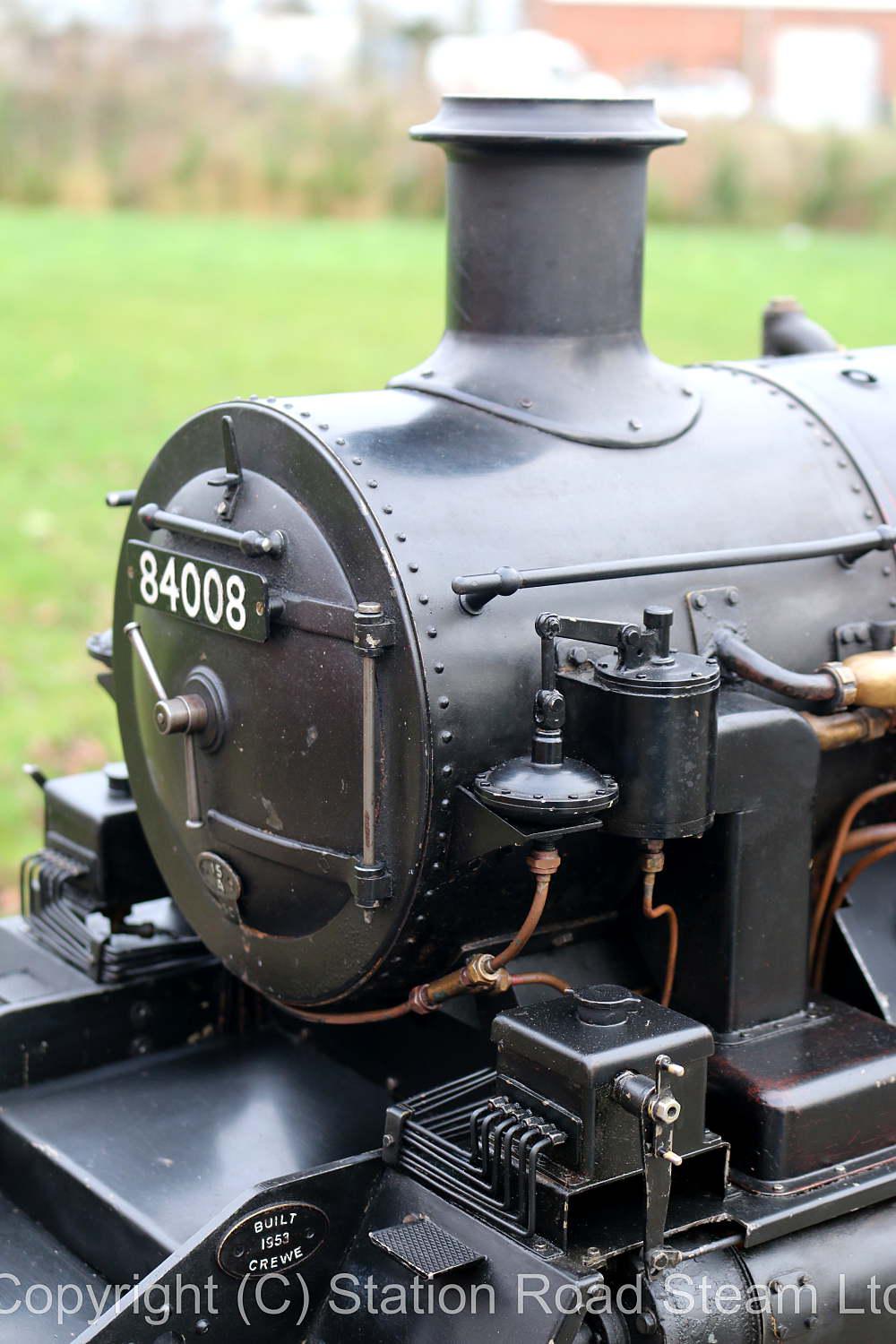 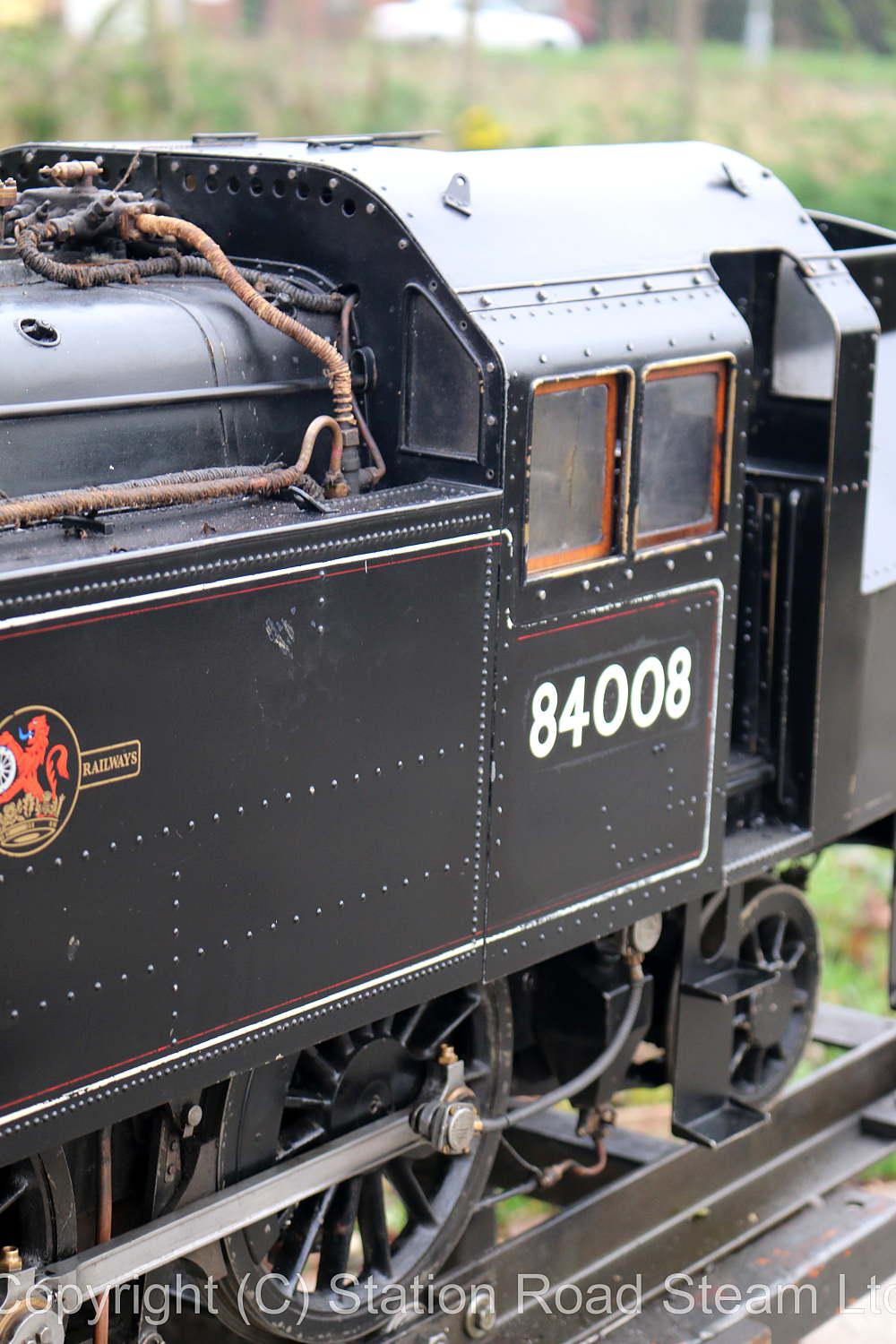 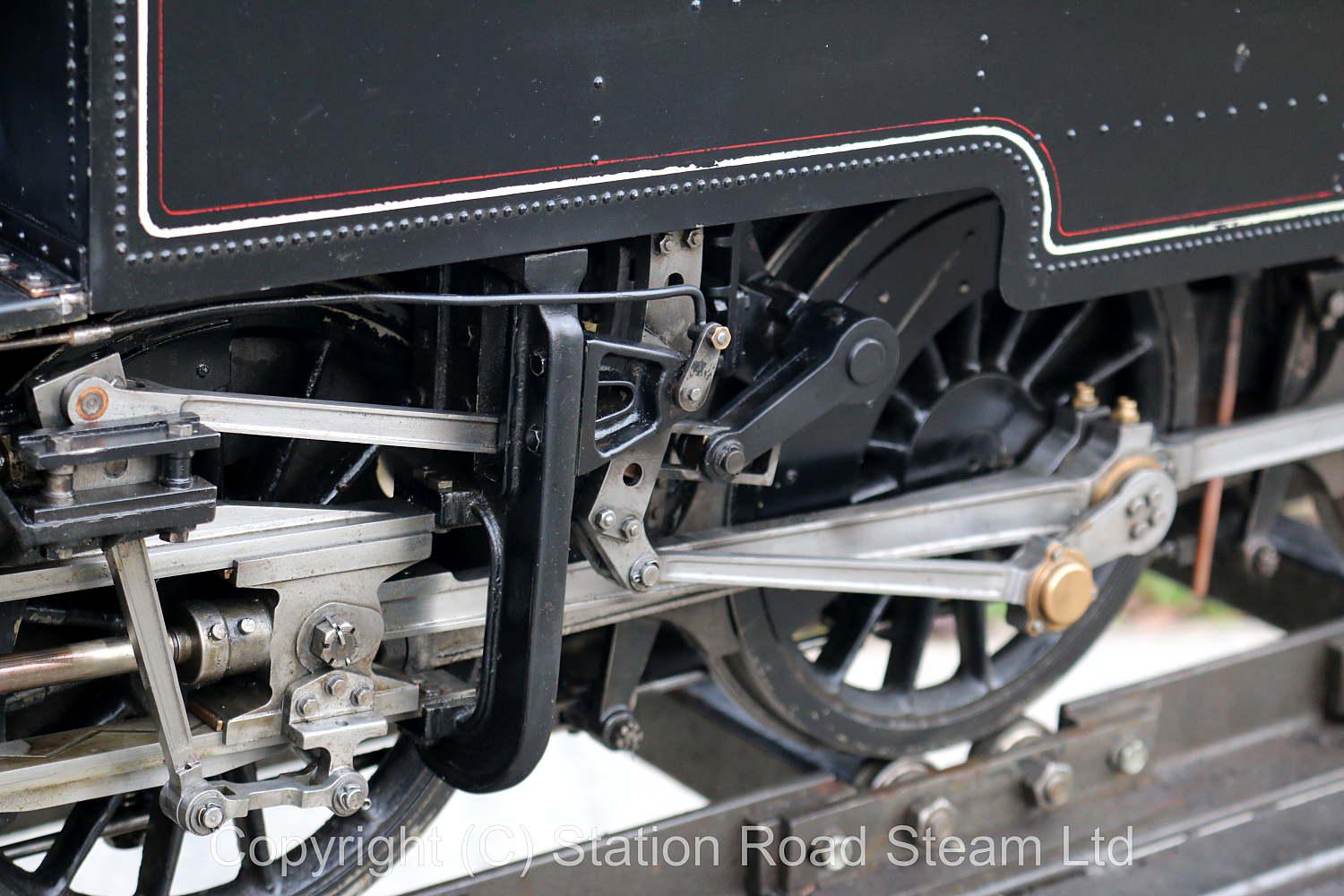 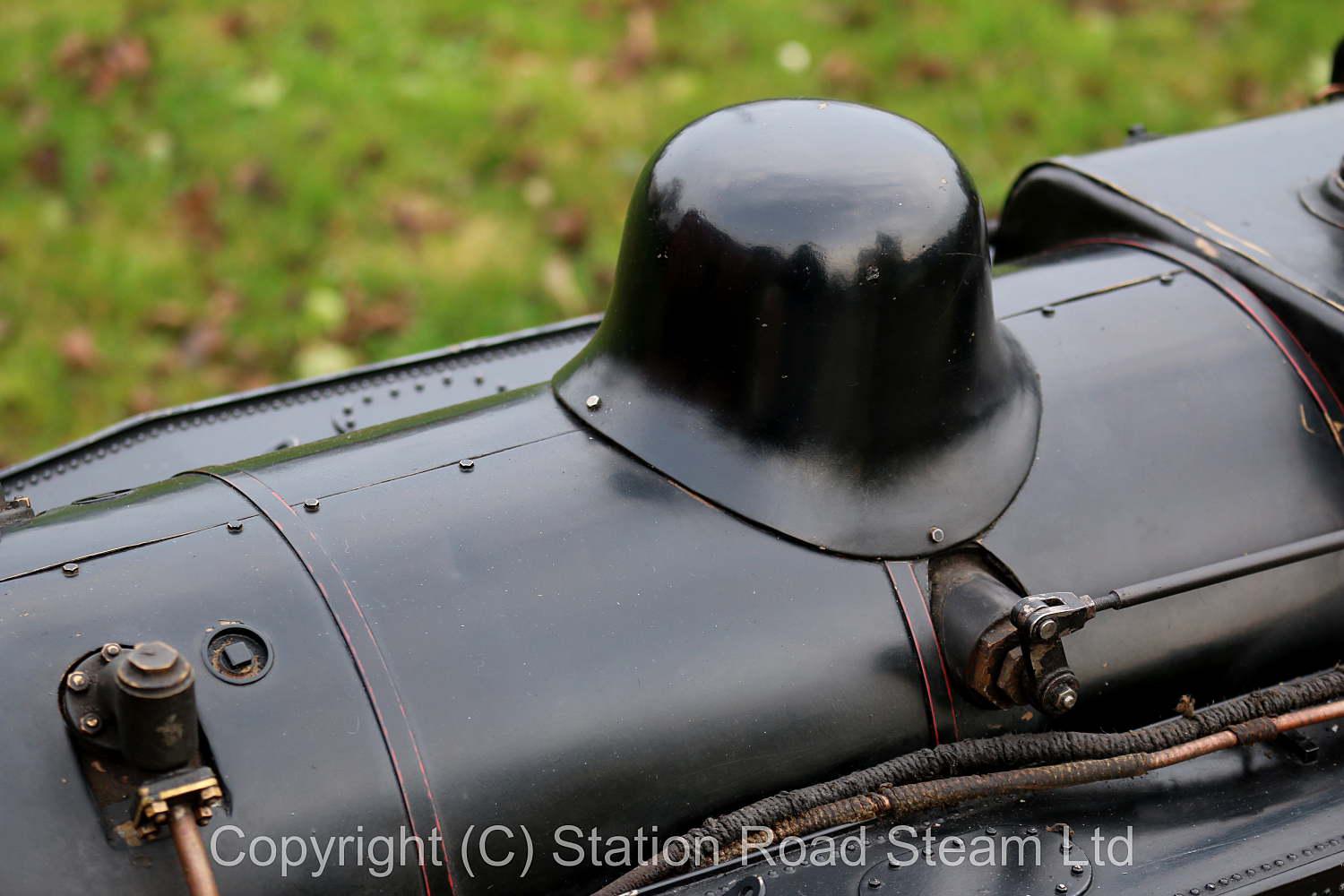 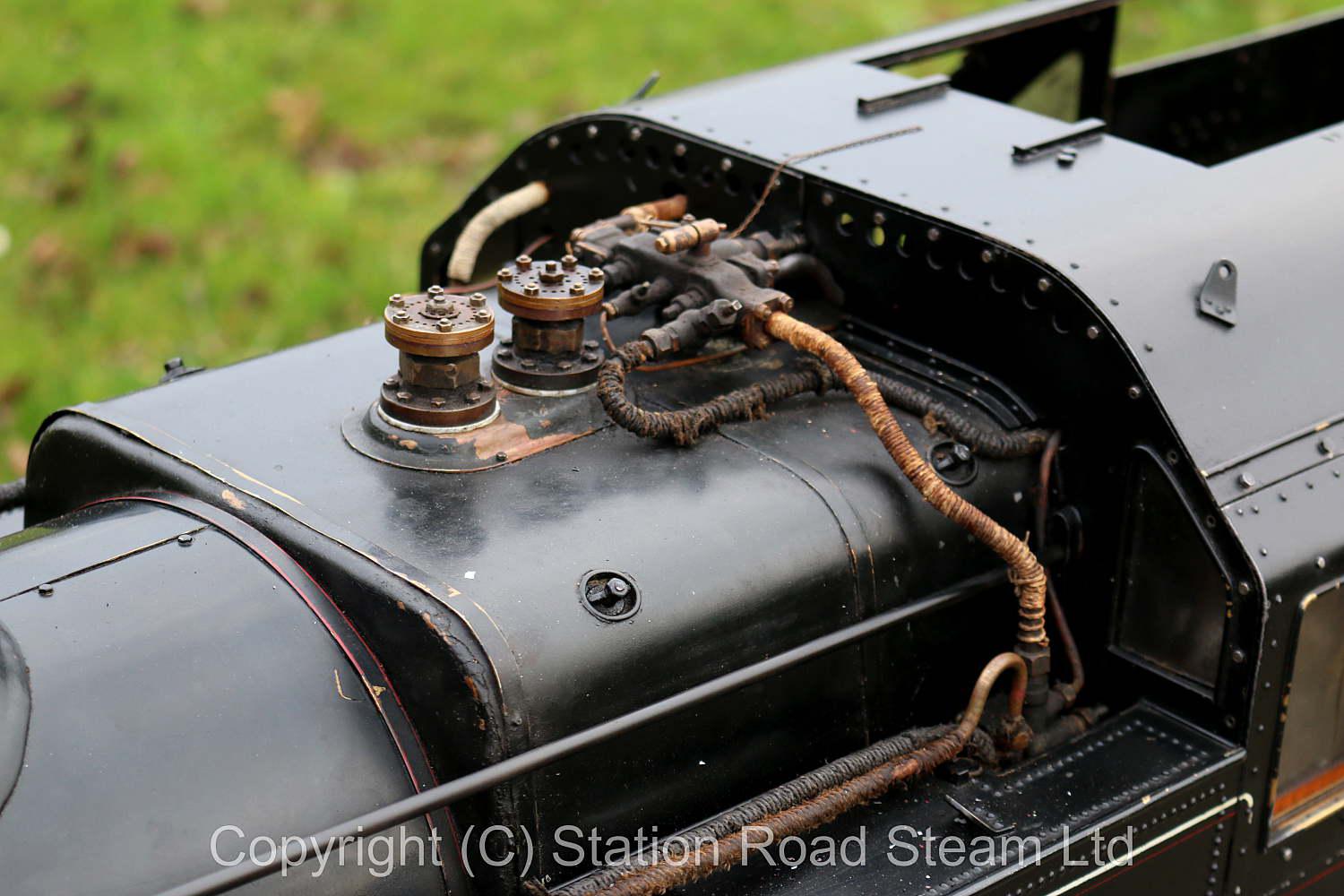 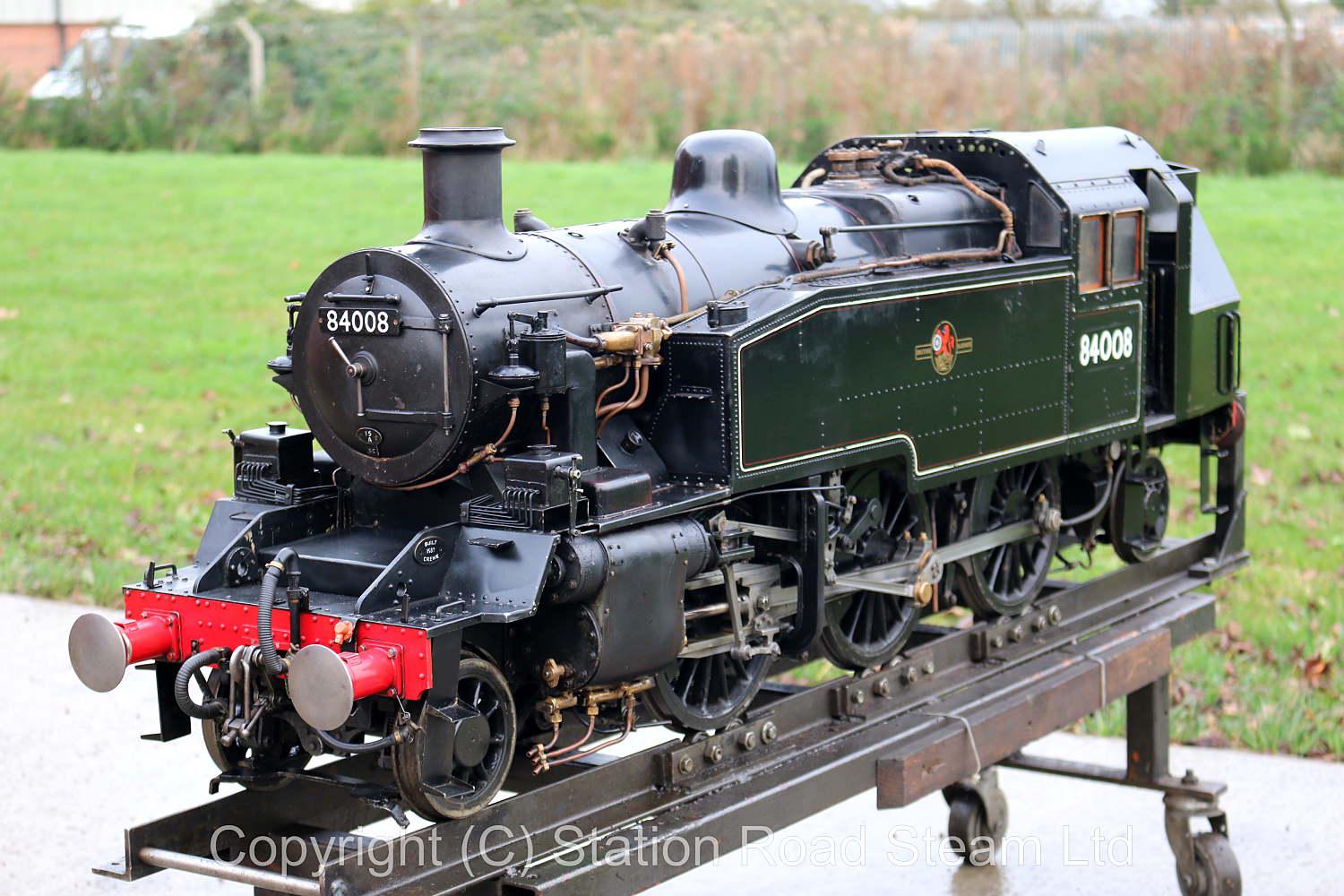 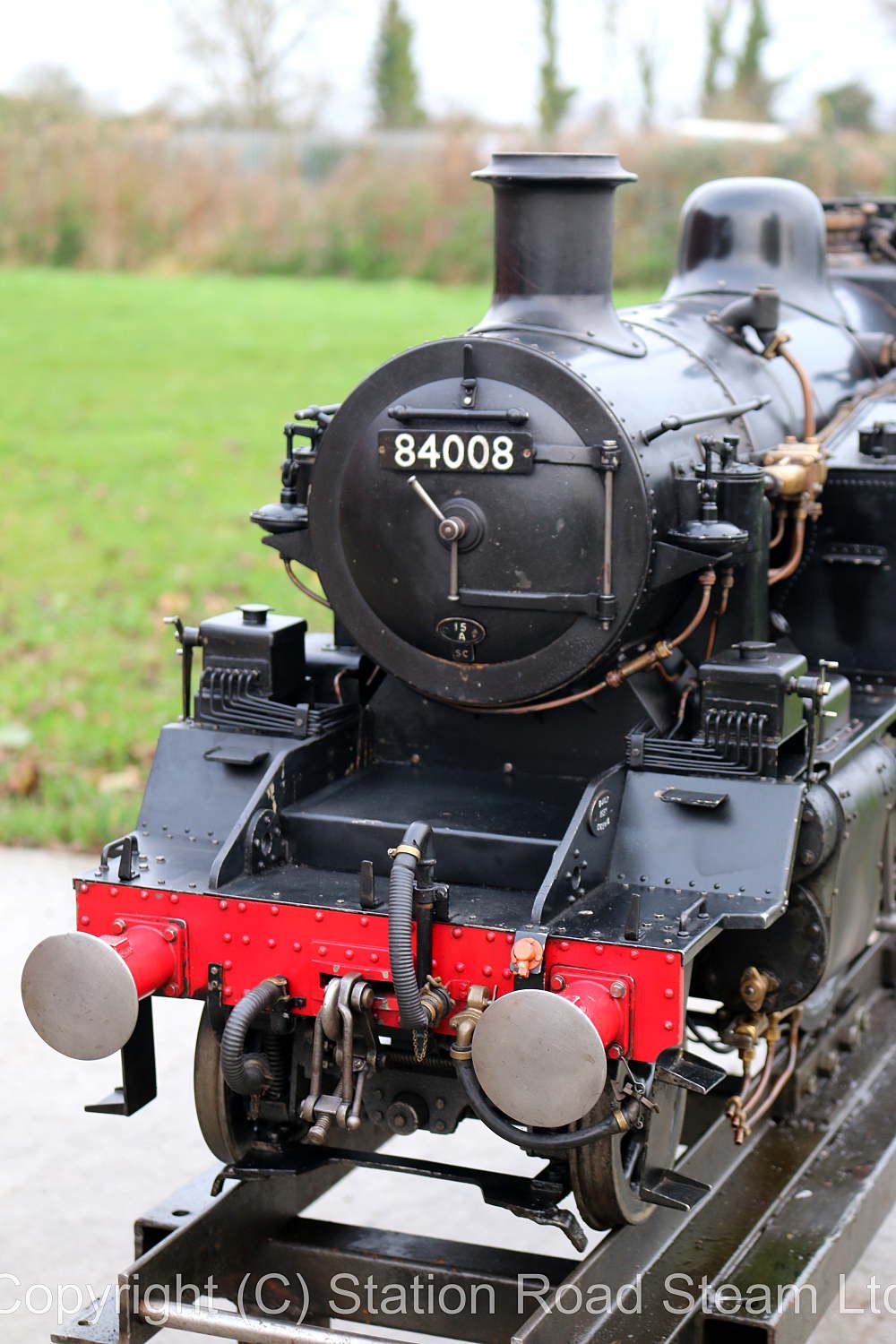 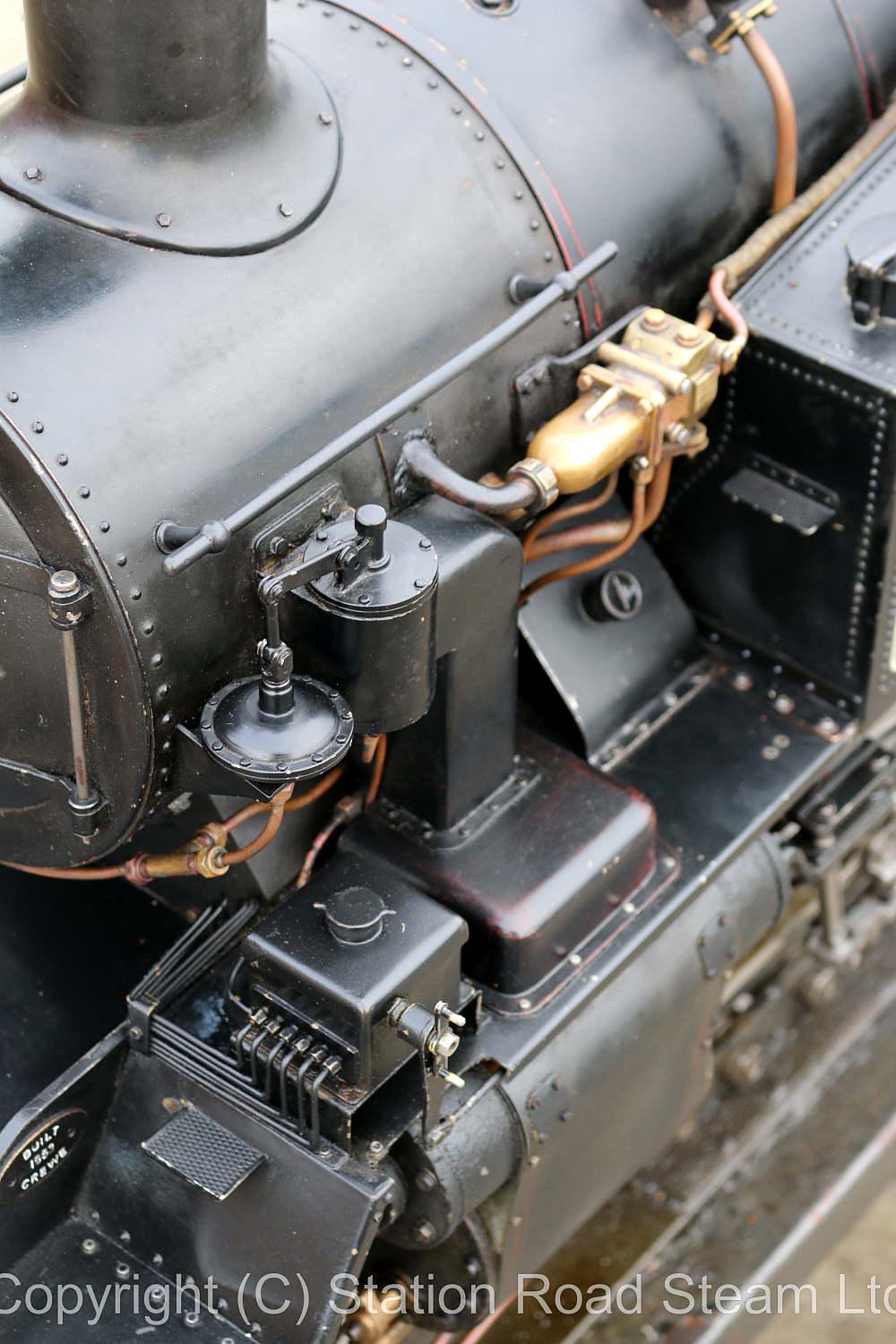 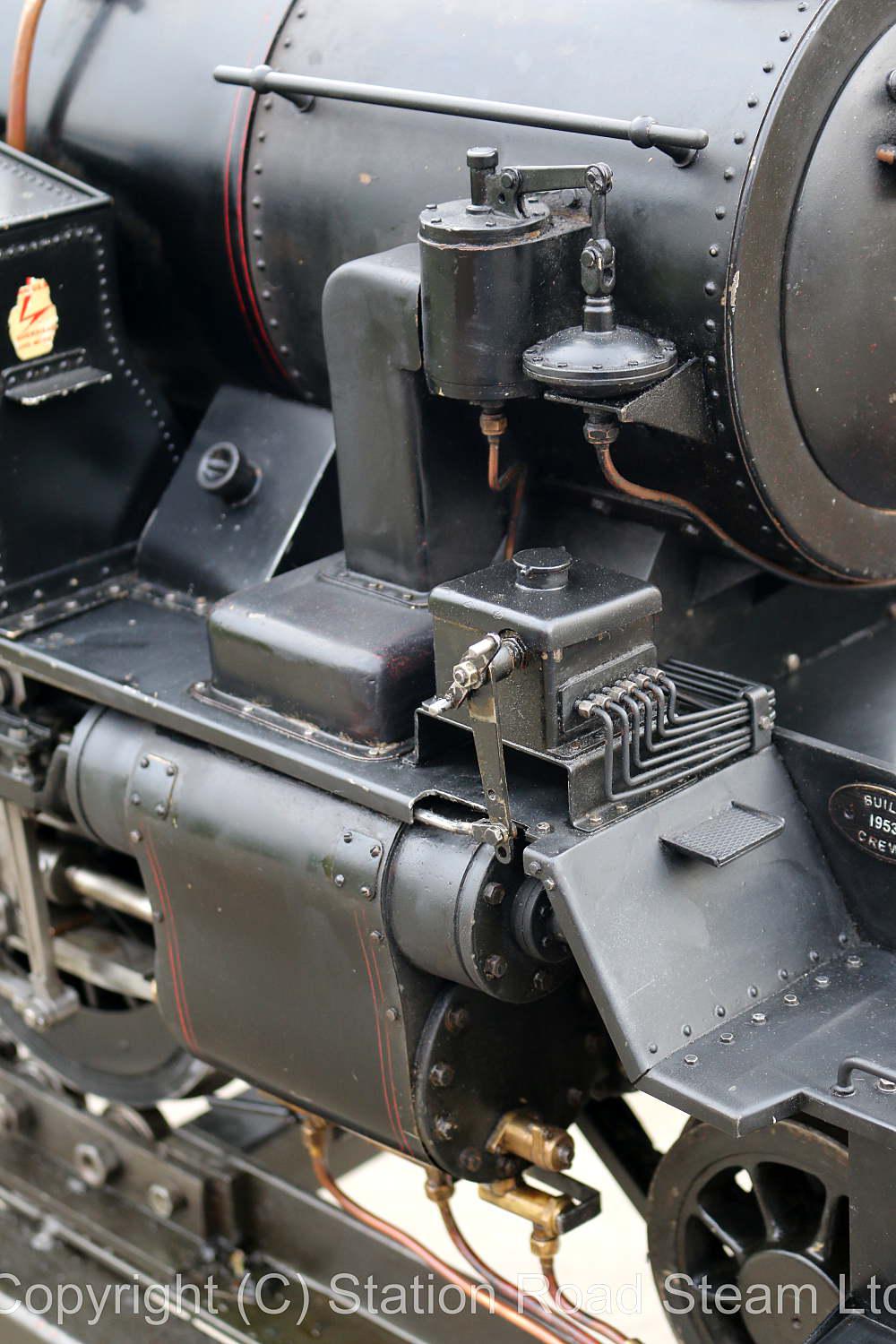 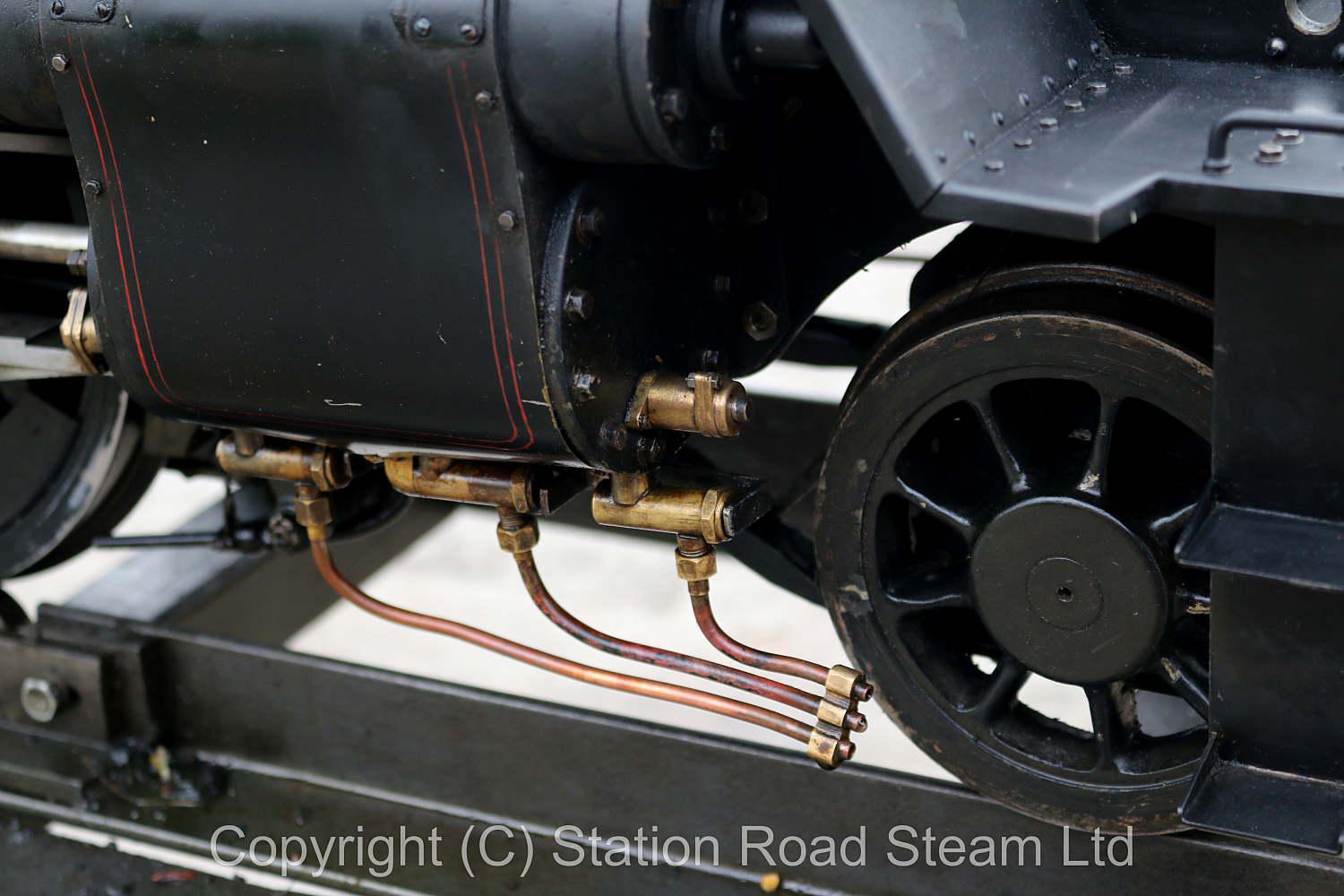 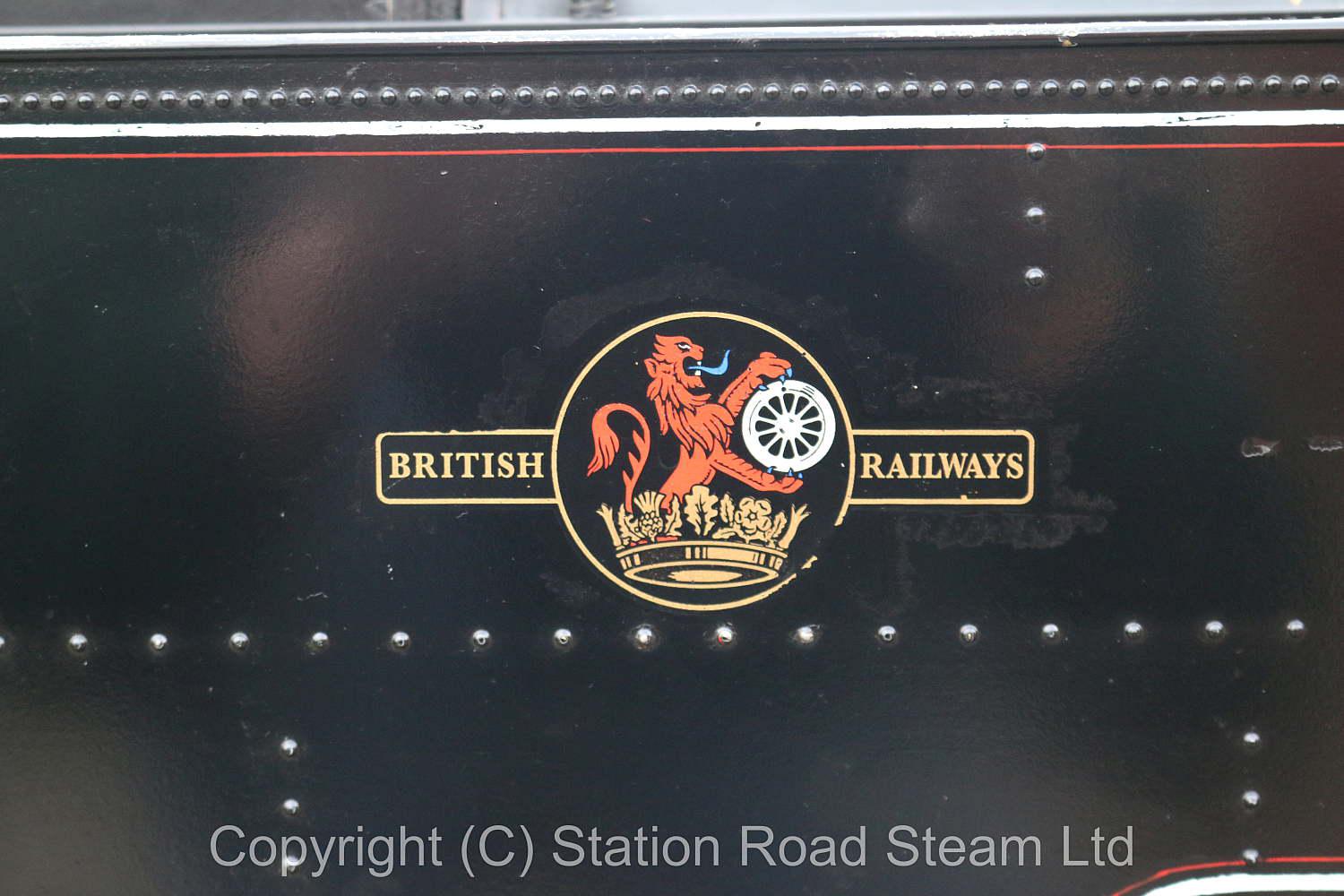 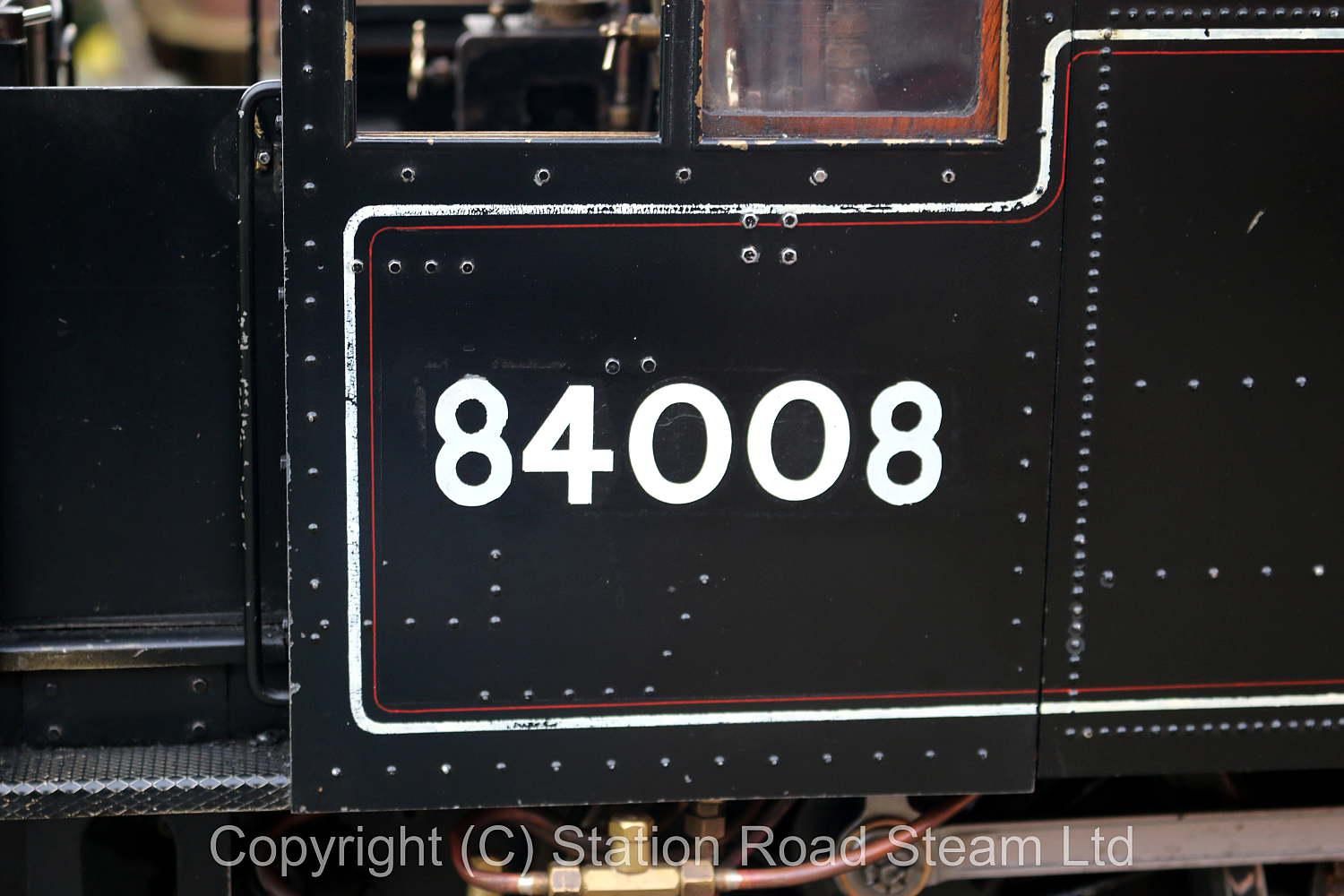 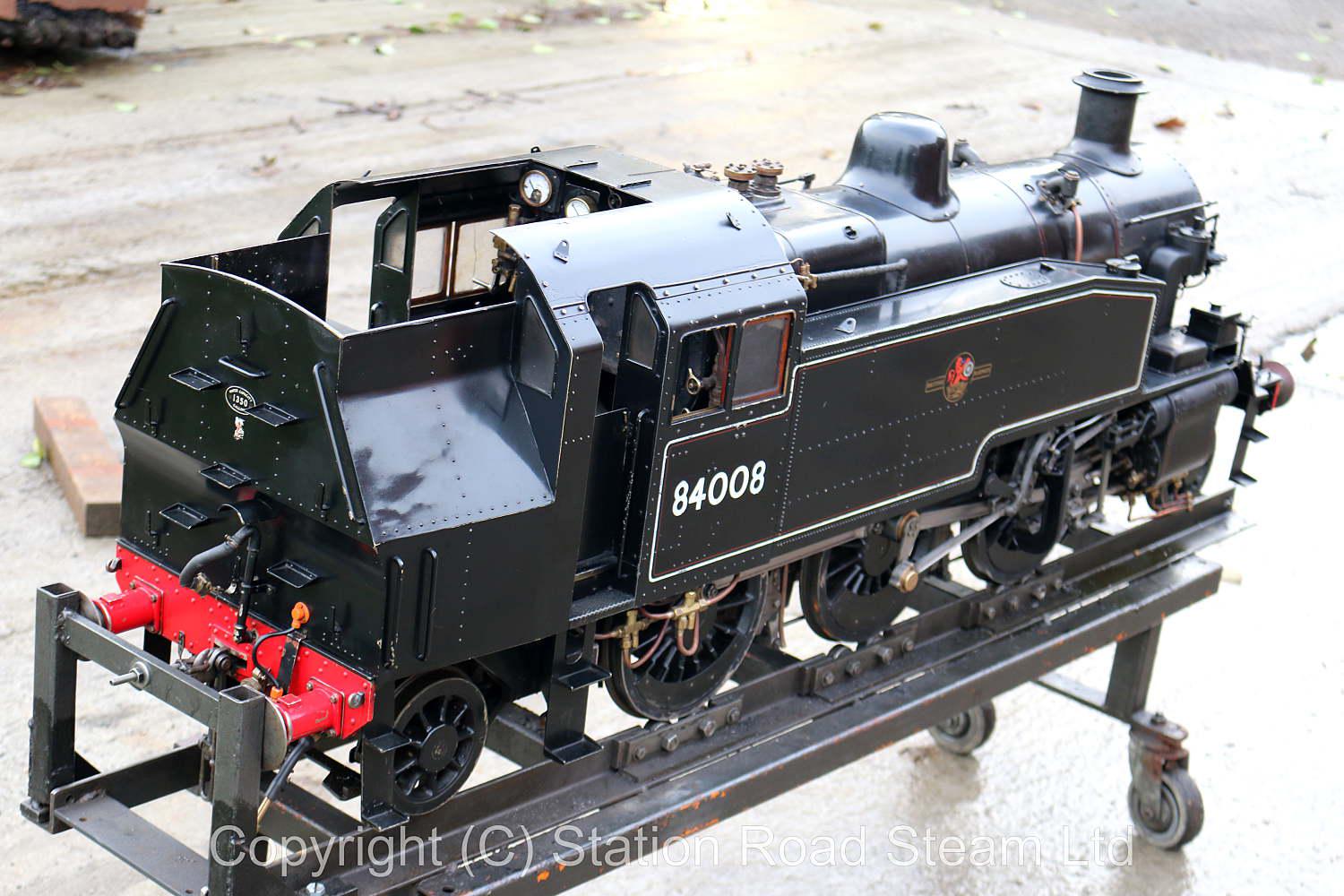 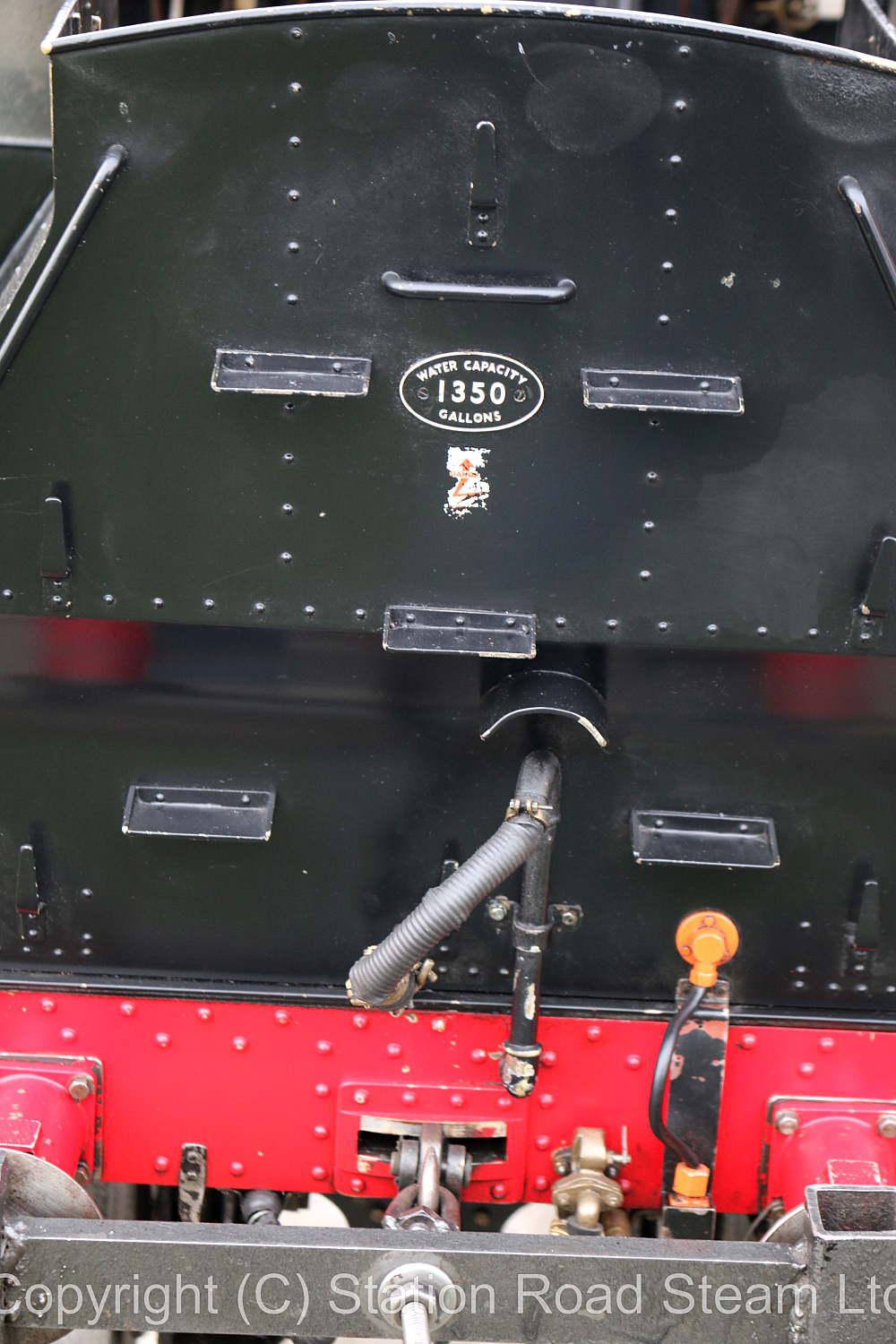 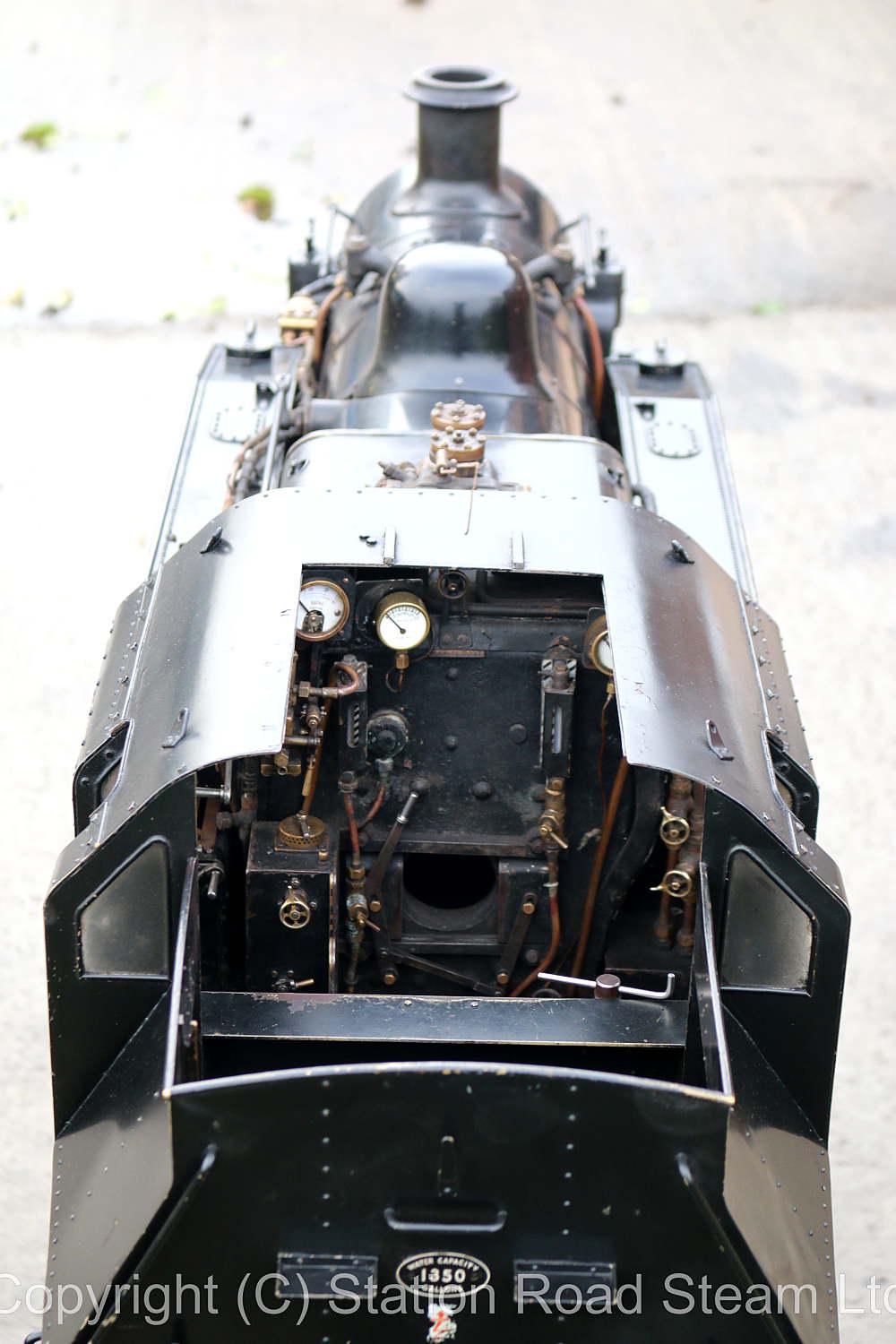 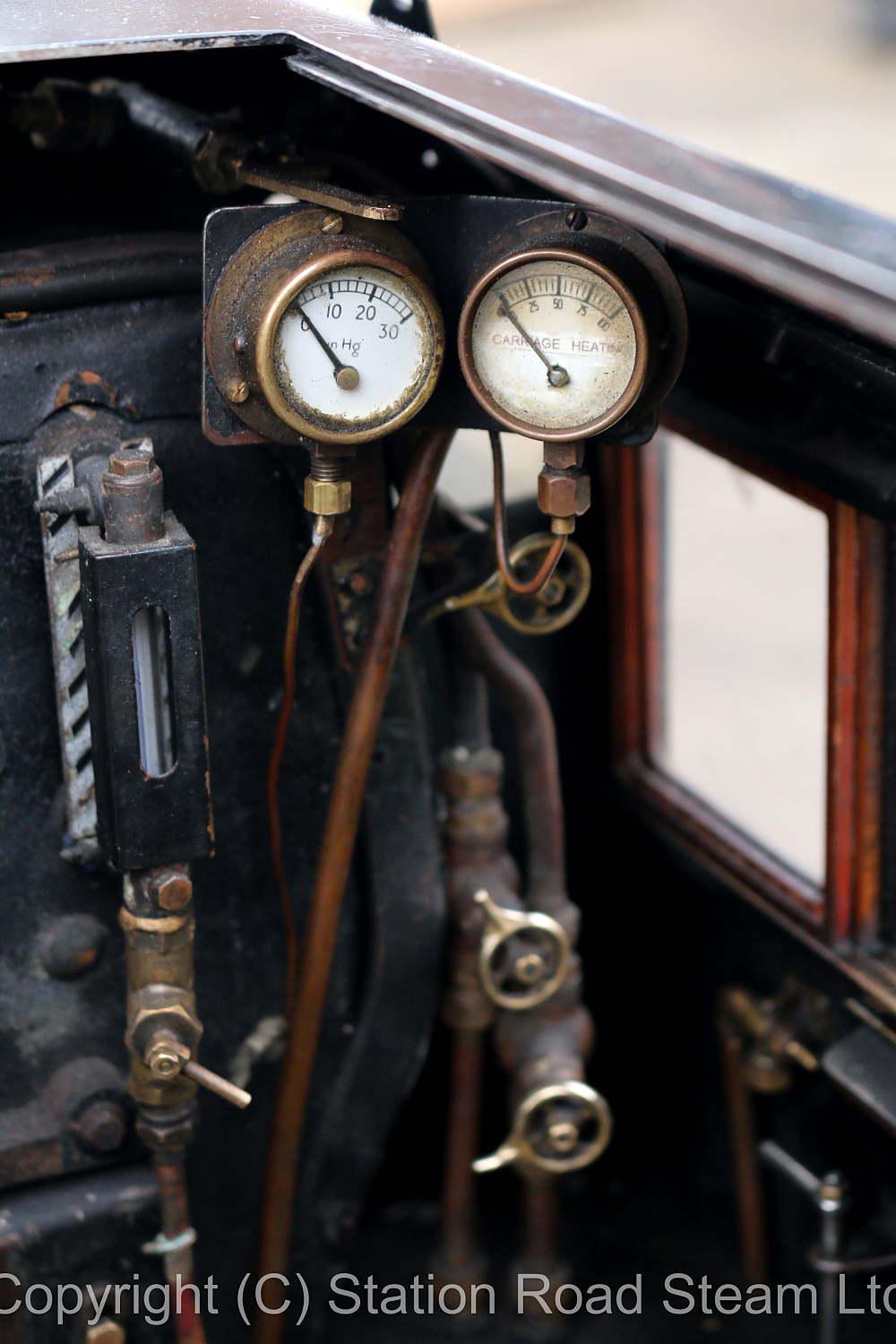 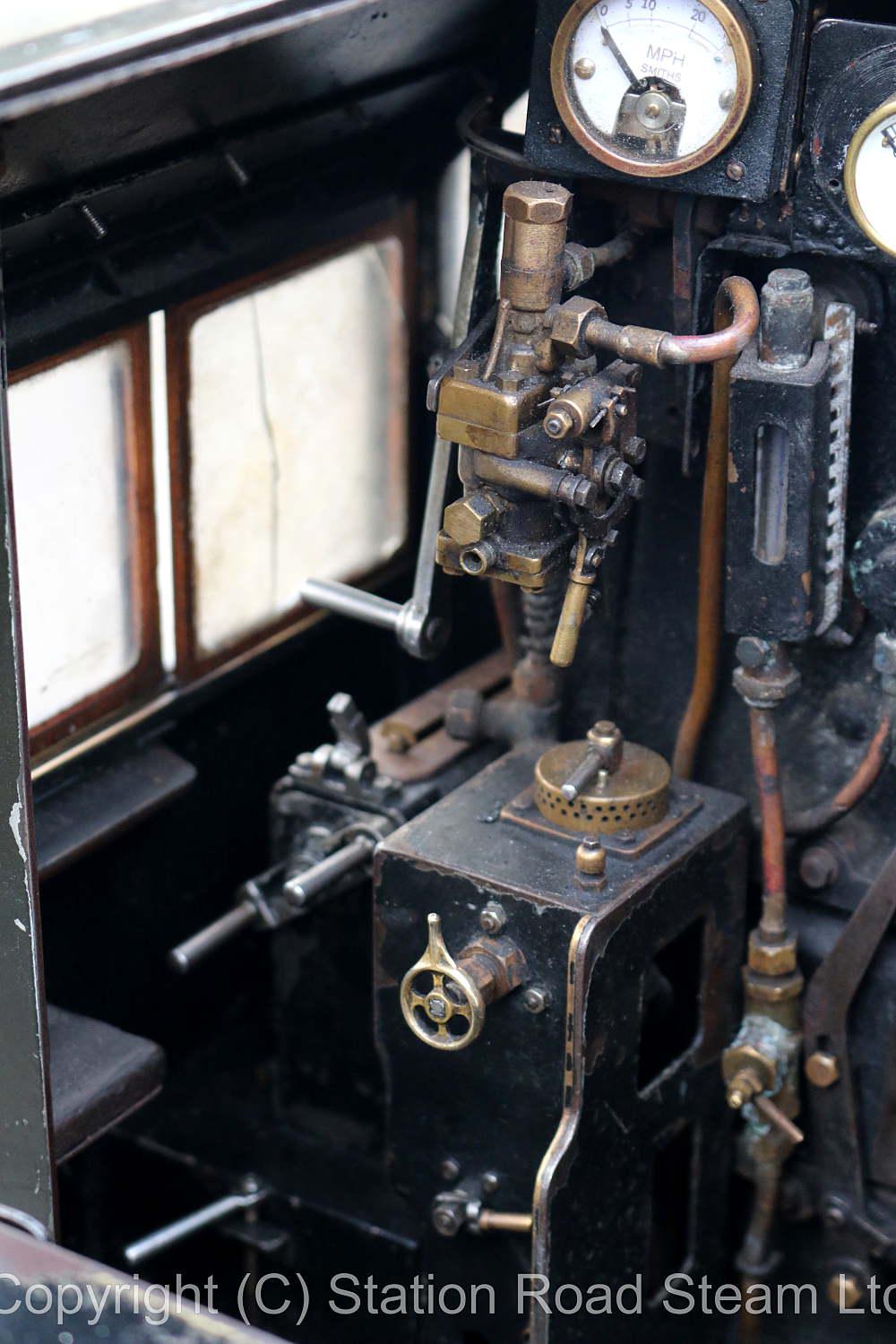 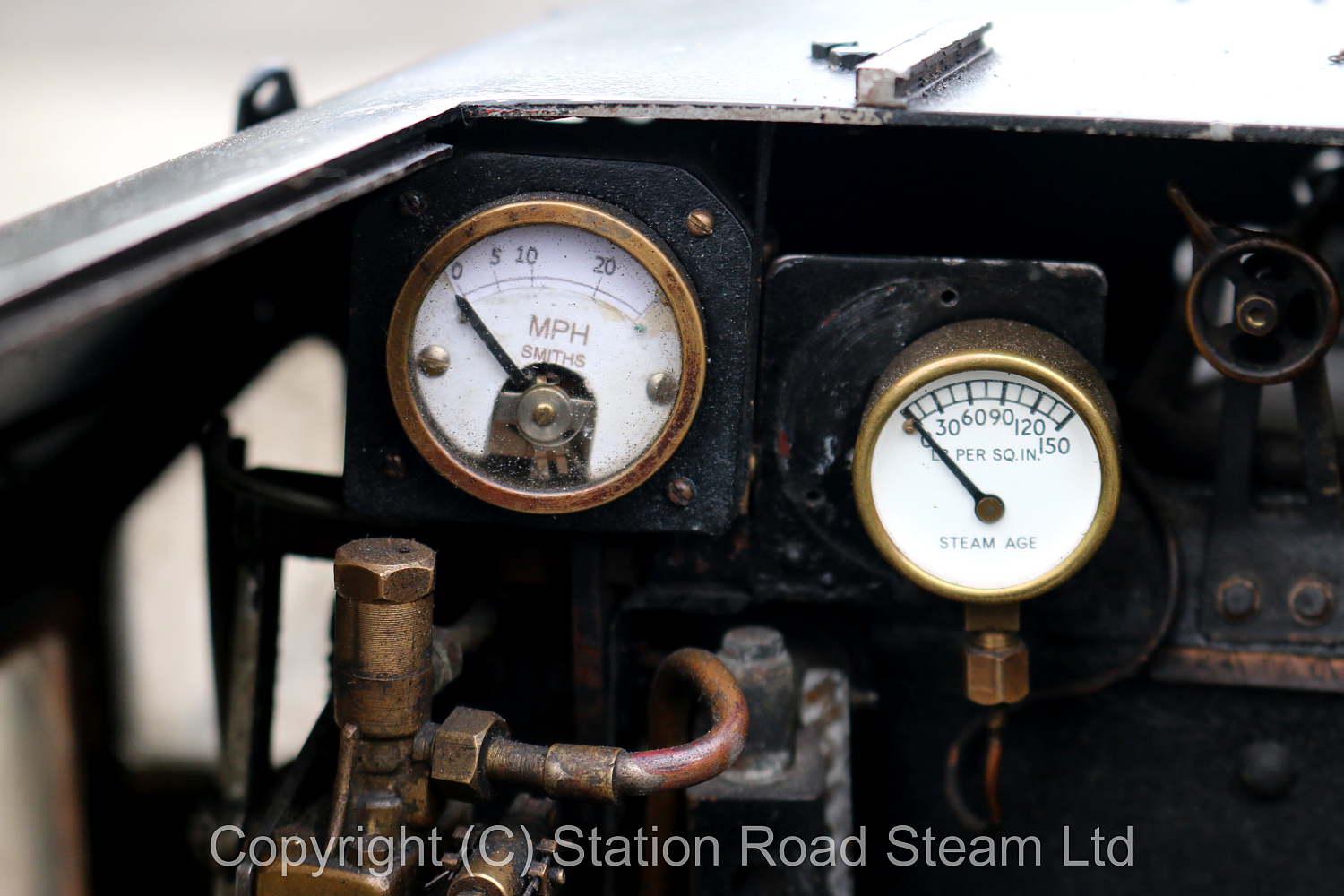 Having originally bought this one from the builder in 2014, we last sold it in 2017 - it's recently arrived back with us, in much the same condition. Pictures and opposite and words below are from 2017

A finely-built 7 1/4 inch gauge BR Standard Class 2 tank locomotive which came to us direct from the builder in 2014. In regular use at his own club until that time the engine travelled to a variety of other club tracks, proving itself a regular and reliable performer at the Great Cockrow Railway. Advancing years meant a reluctant parting of the ways - at 400 pounds the engine became to heavy for its builder to handle.

The valve gear has been case-hardened throughout and is in excellent order; pistons are equipped with the estimable Clupet rings - piston valves are equipped with rings supplied by Clupet but, at this size, to a plain section rather than their standard "black magic" design.

Vacuum brakes with driver's brake valve next to the driver's seat, with blower valve on the stand below. Steam brakes to locomotive, operated by a beautiful scale Gresham & Craven brake valve. Speedometer, pressure and vacuum gauges all function, we haven't tested the carriage heating...

Hardly worth mentioning the level of detail achieved on this one, given the pictures below - I think Ron Martin's 9F is the only 7 1/4 engine we've had built to a similar standard.

Worth commenting on odd things such as the dummy slacking pipe in the cab, push-pull gear fitted alongside the smokebox and working speedometer, worked by a tiny Hall sensor hidden in the Smiths gearbox and driven by the return crank.

The engine is in good mechanical condition, boiler has just had hydraulic and steam tests and it runs beautifully. Paintwork is tired although looks close to typical "working clothes" appearance - I would be tempted simply to re-touch in places, then simply enjoy driving it!

Complete with a stand with built-in rolling road and an Aristocraft driving truck, plumbed up to supply water direct to the injectors.