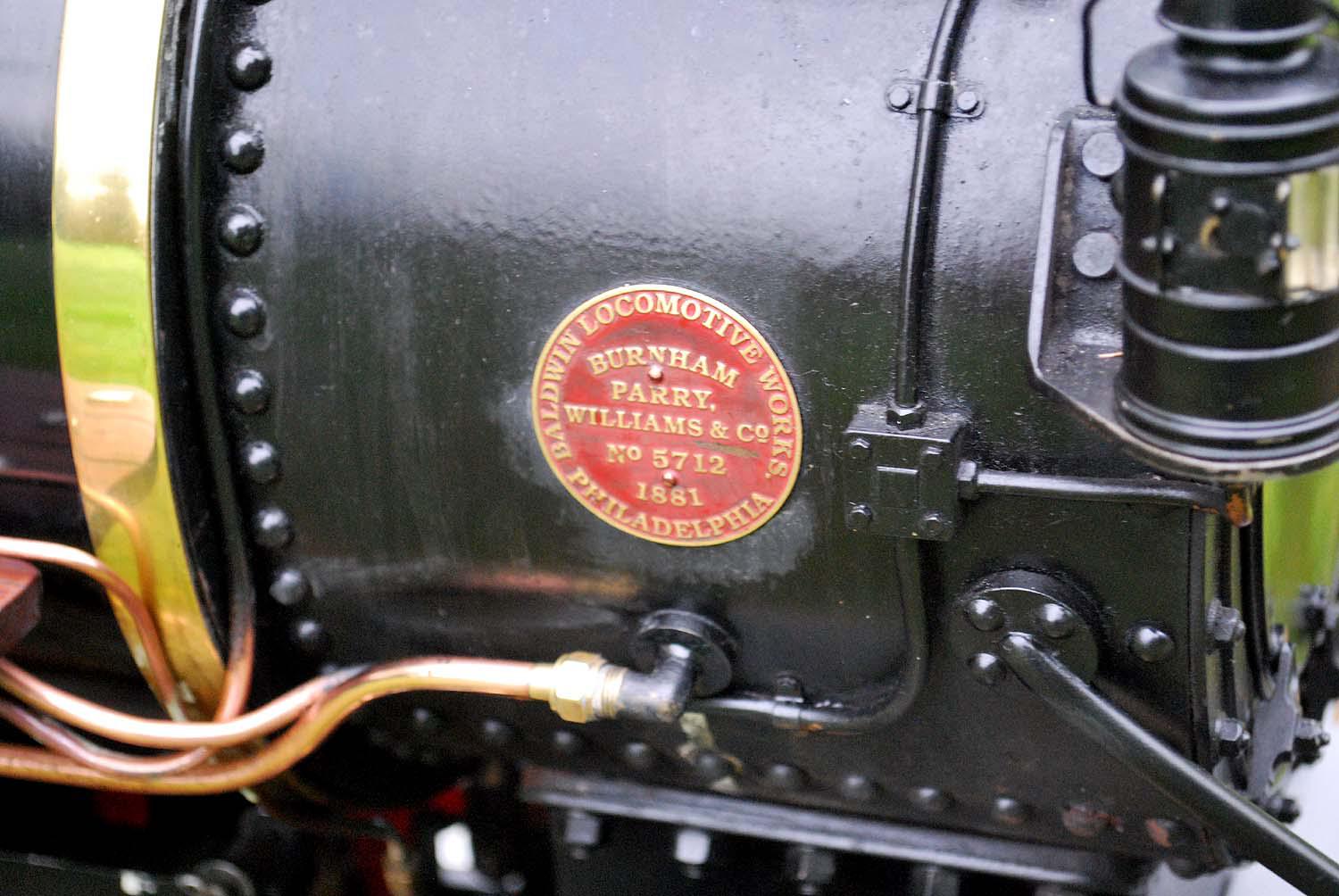 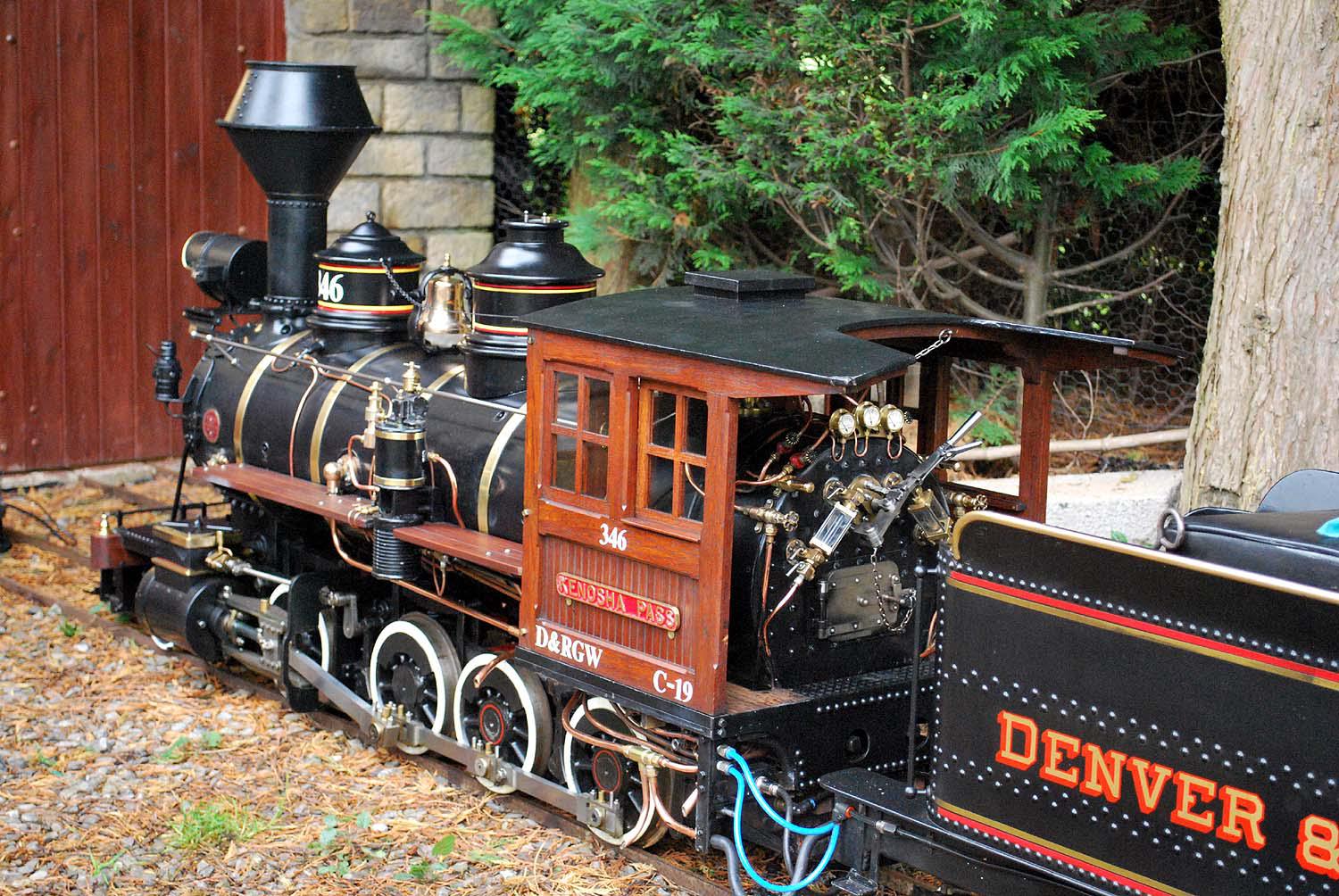 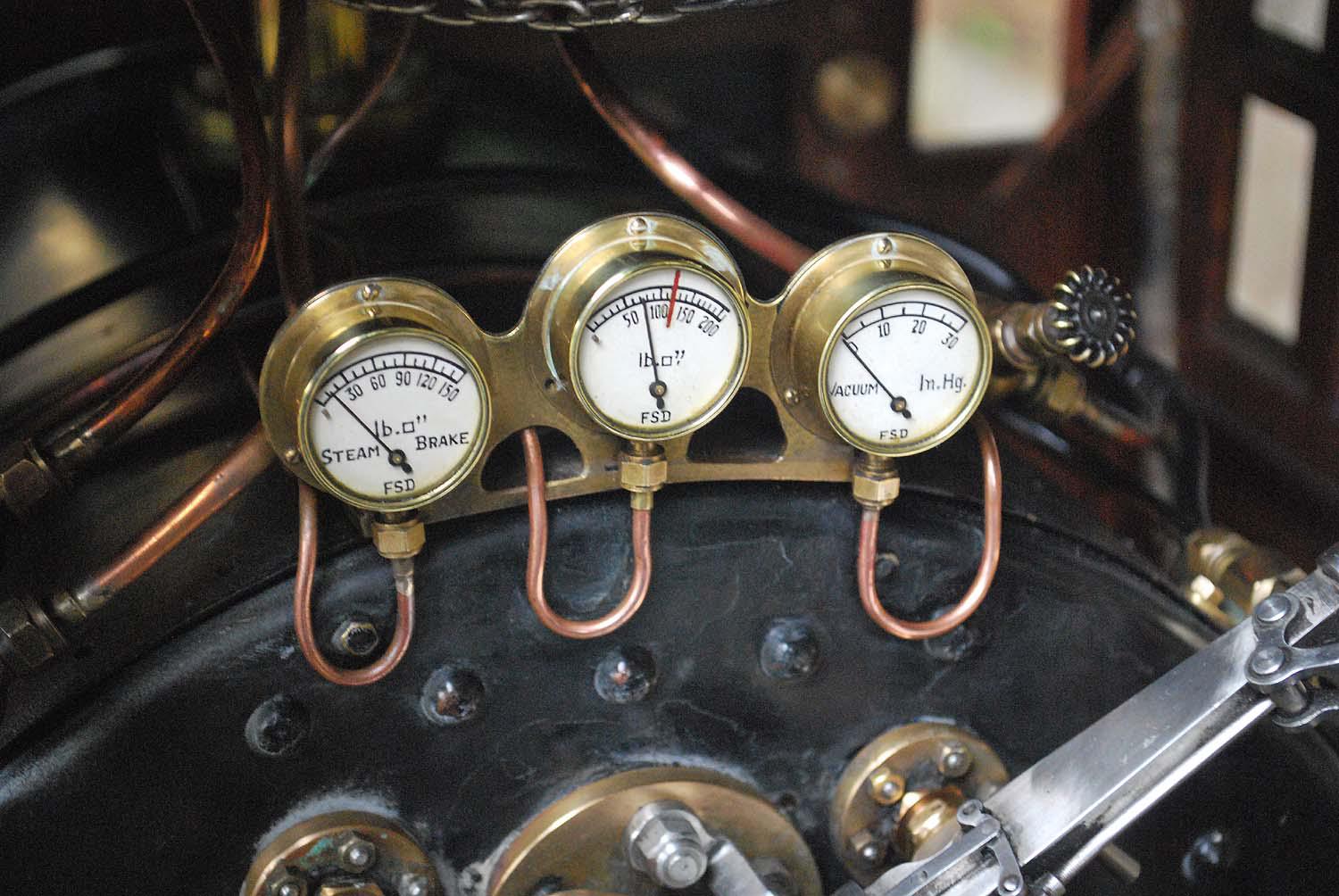 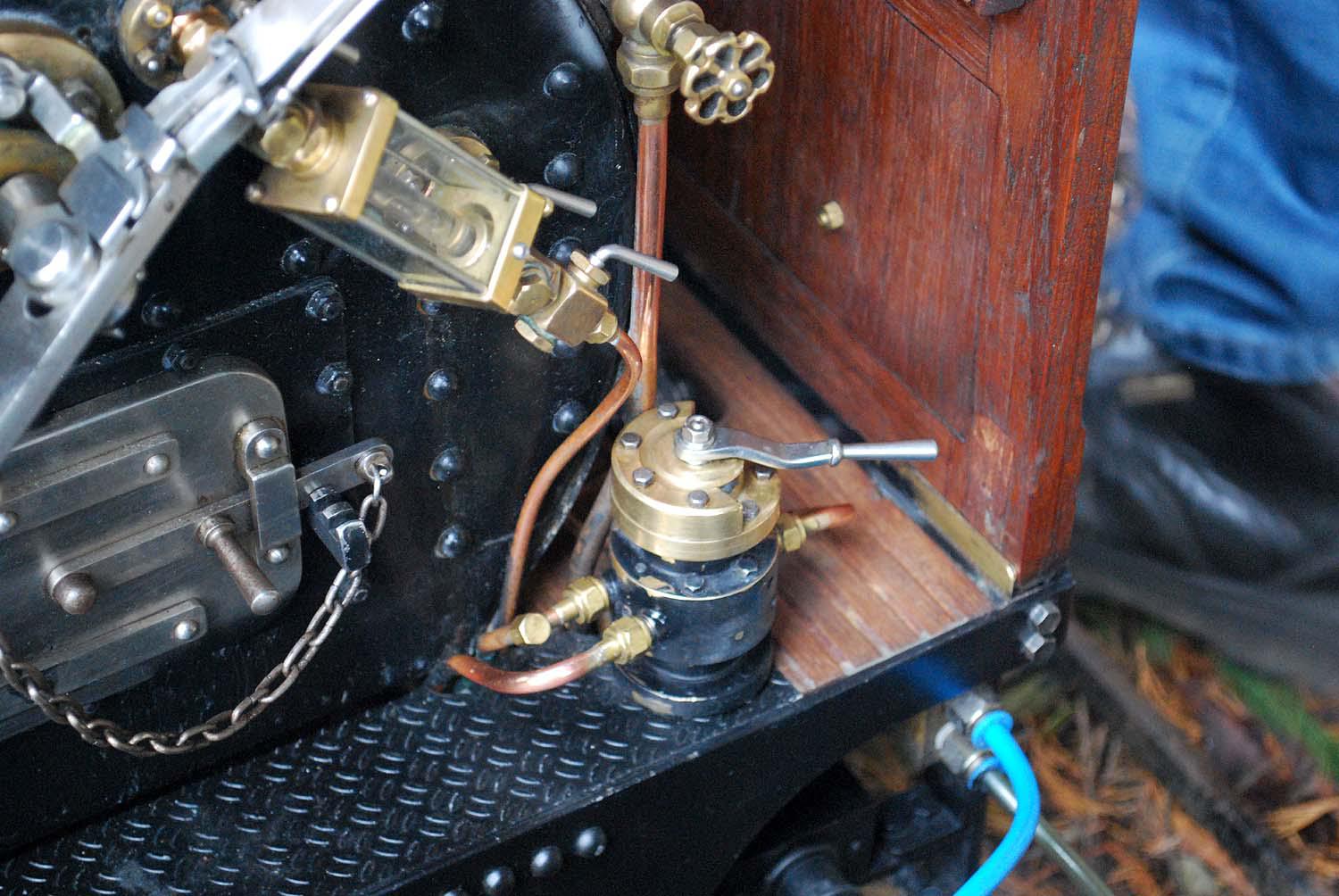 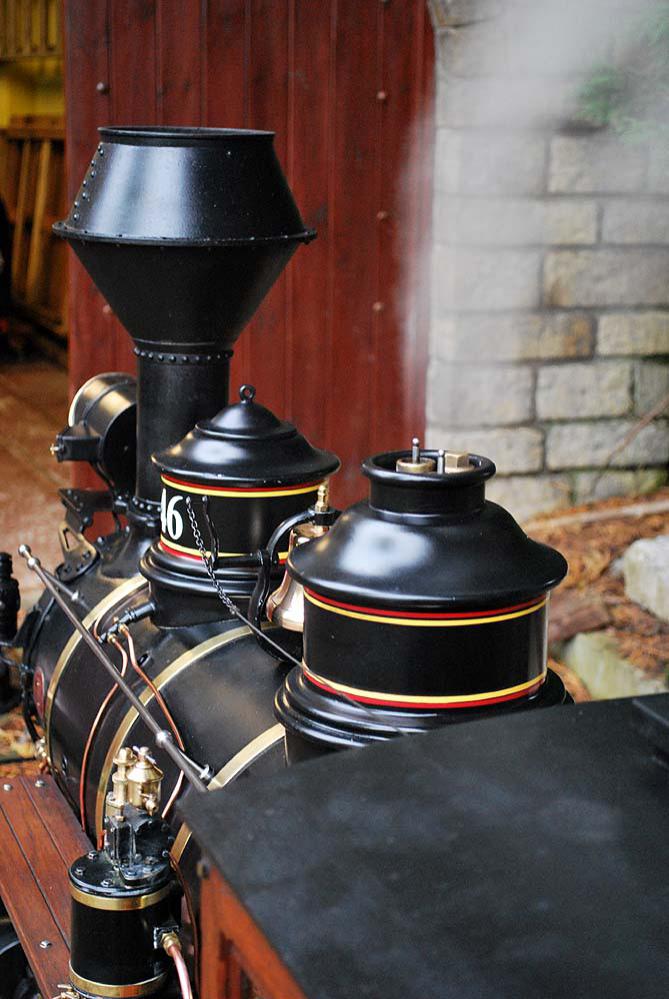 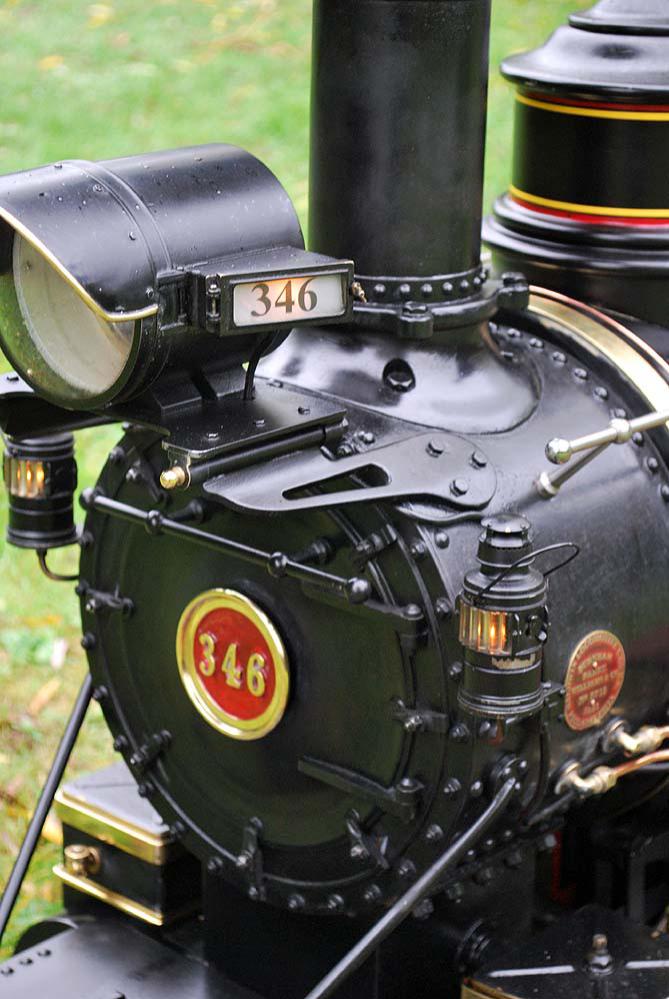 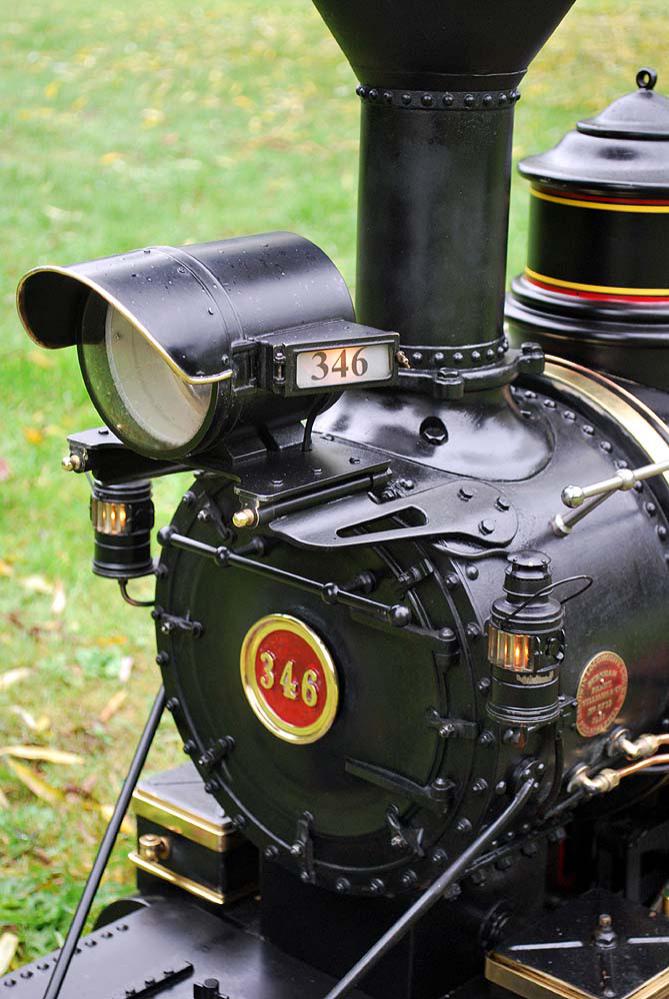 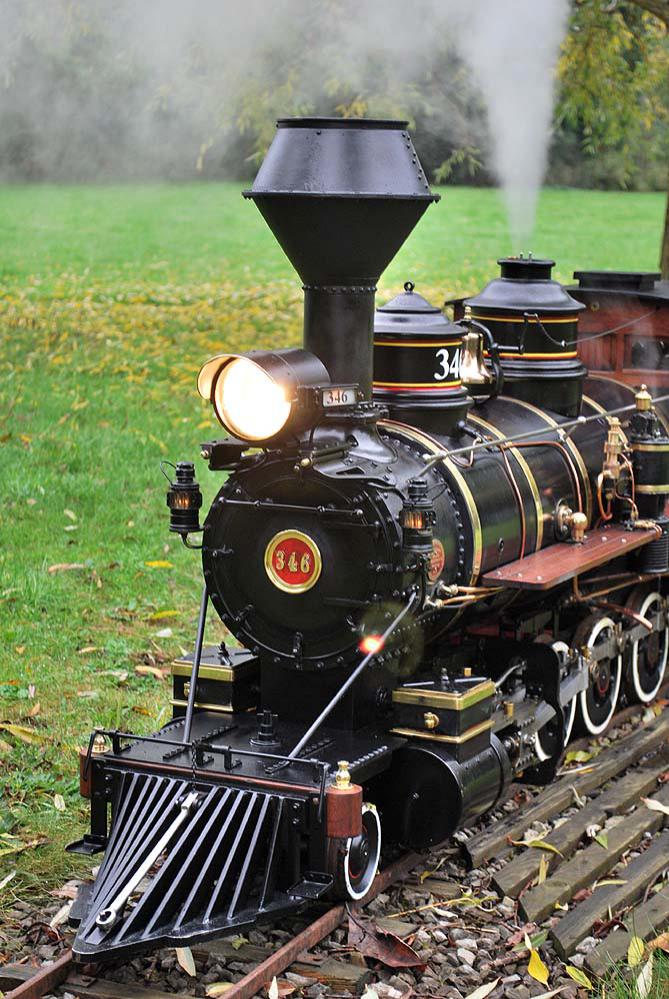 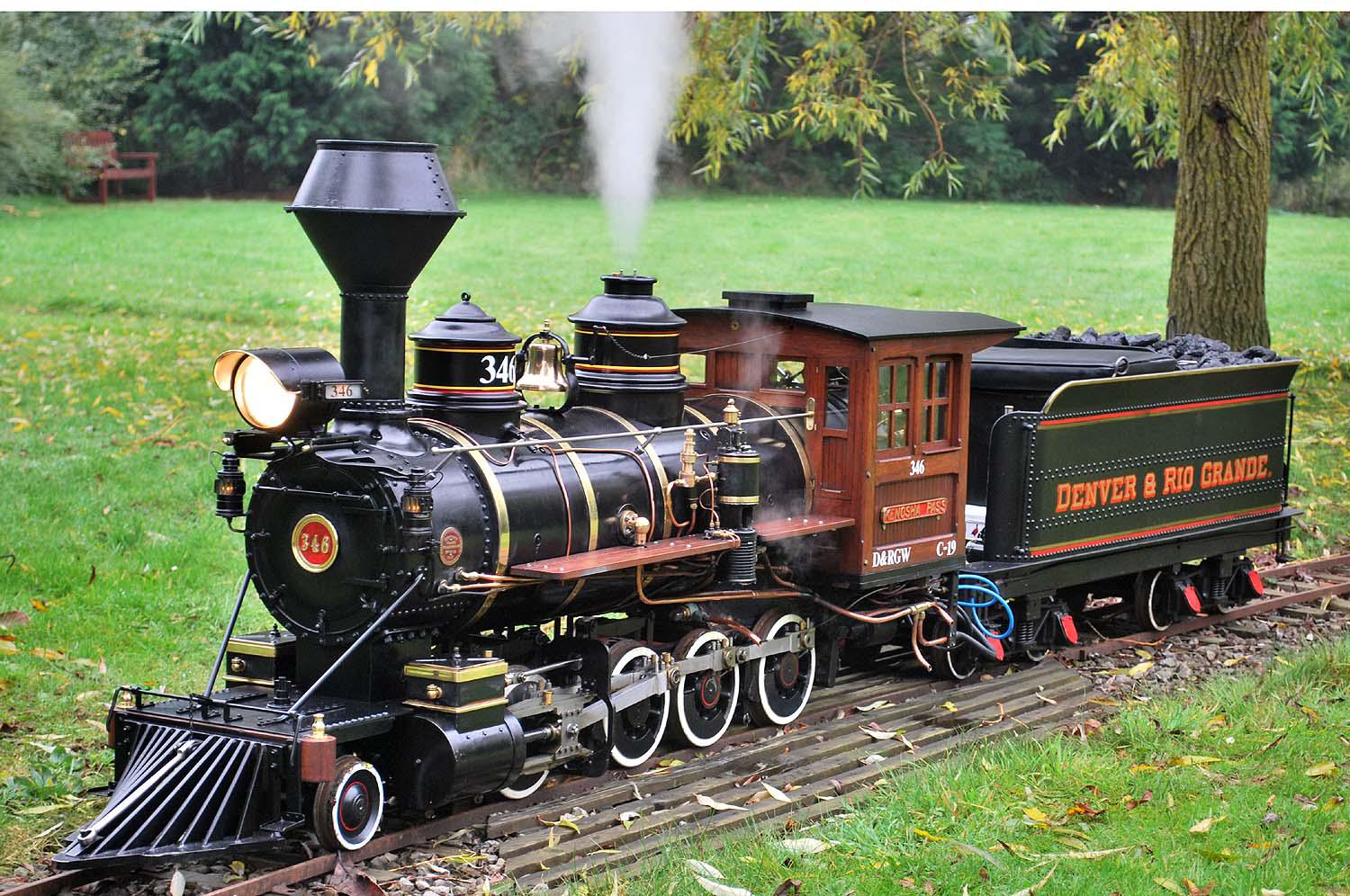 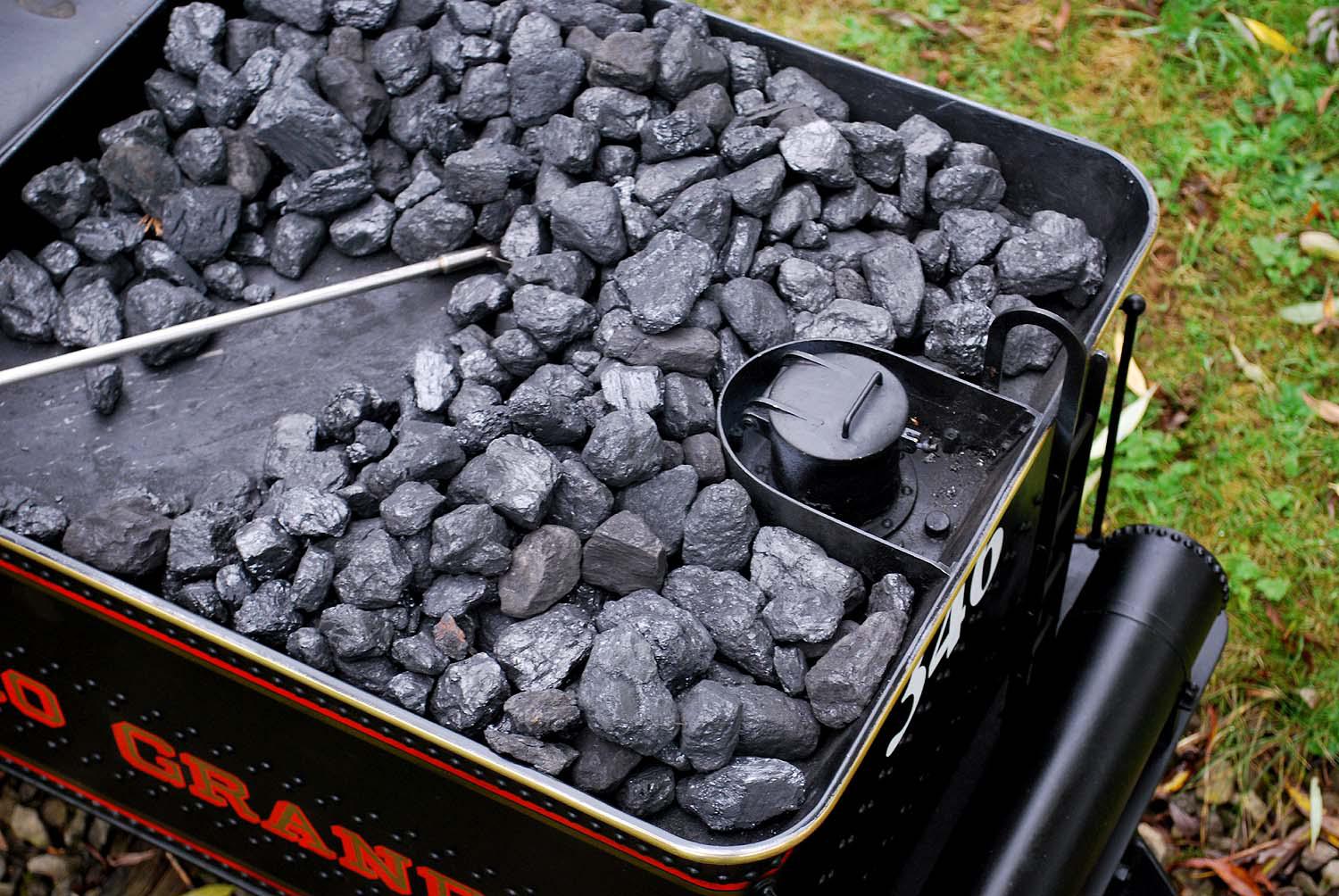 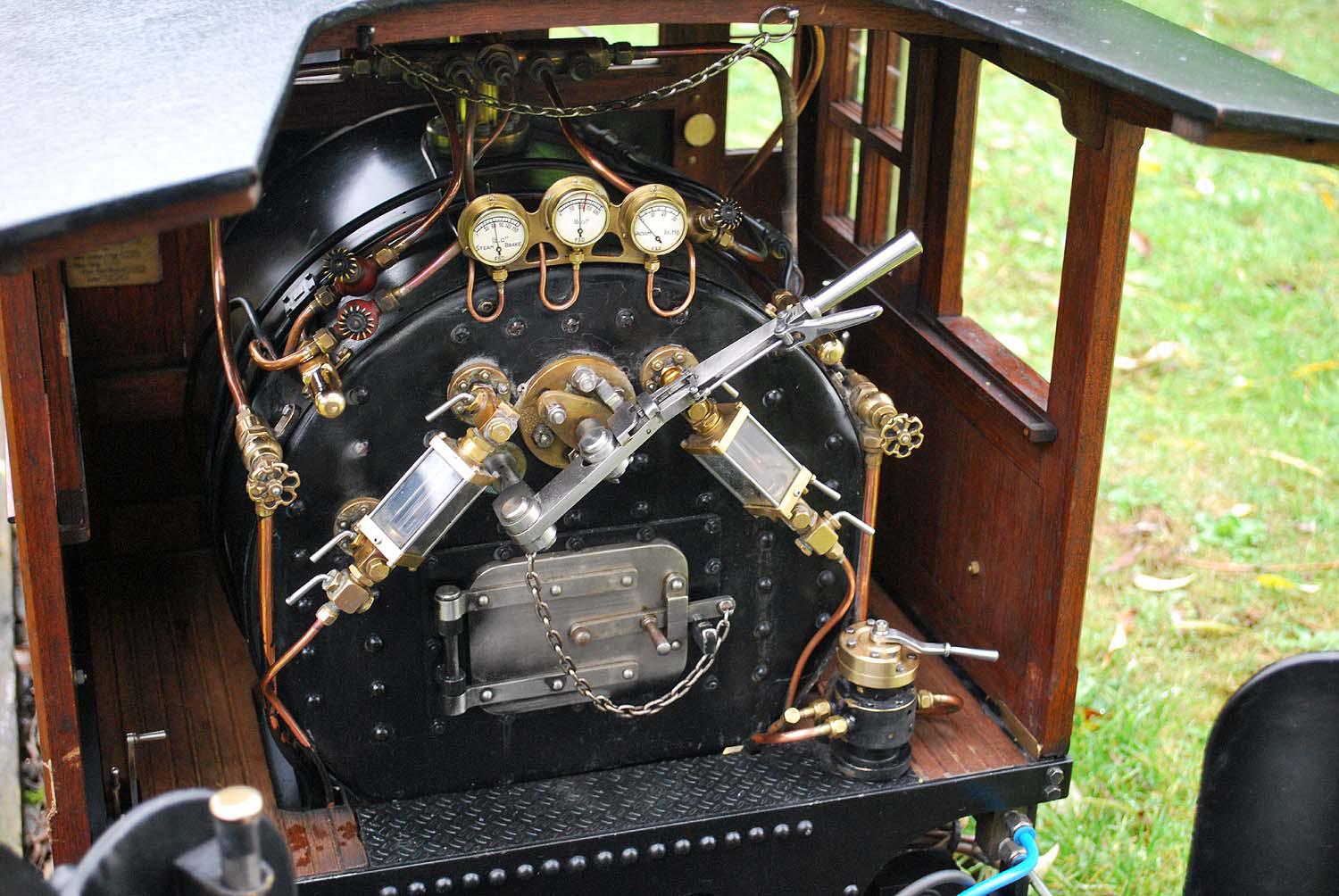 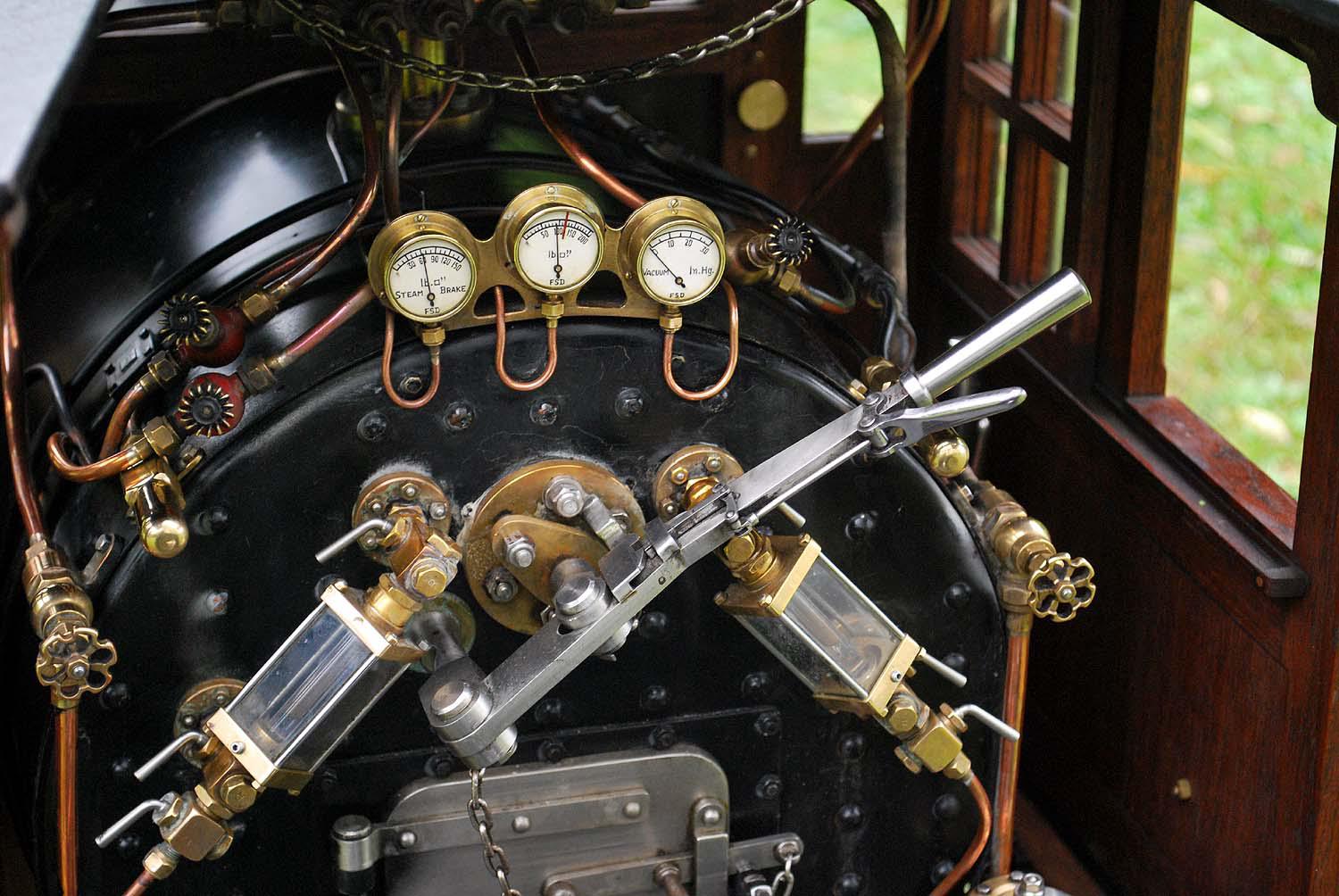 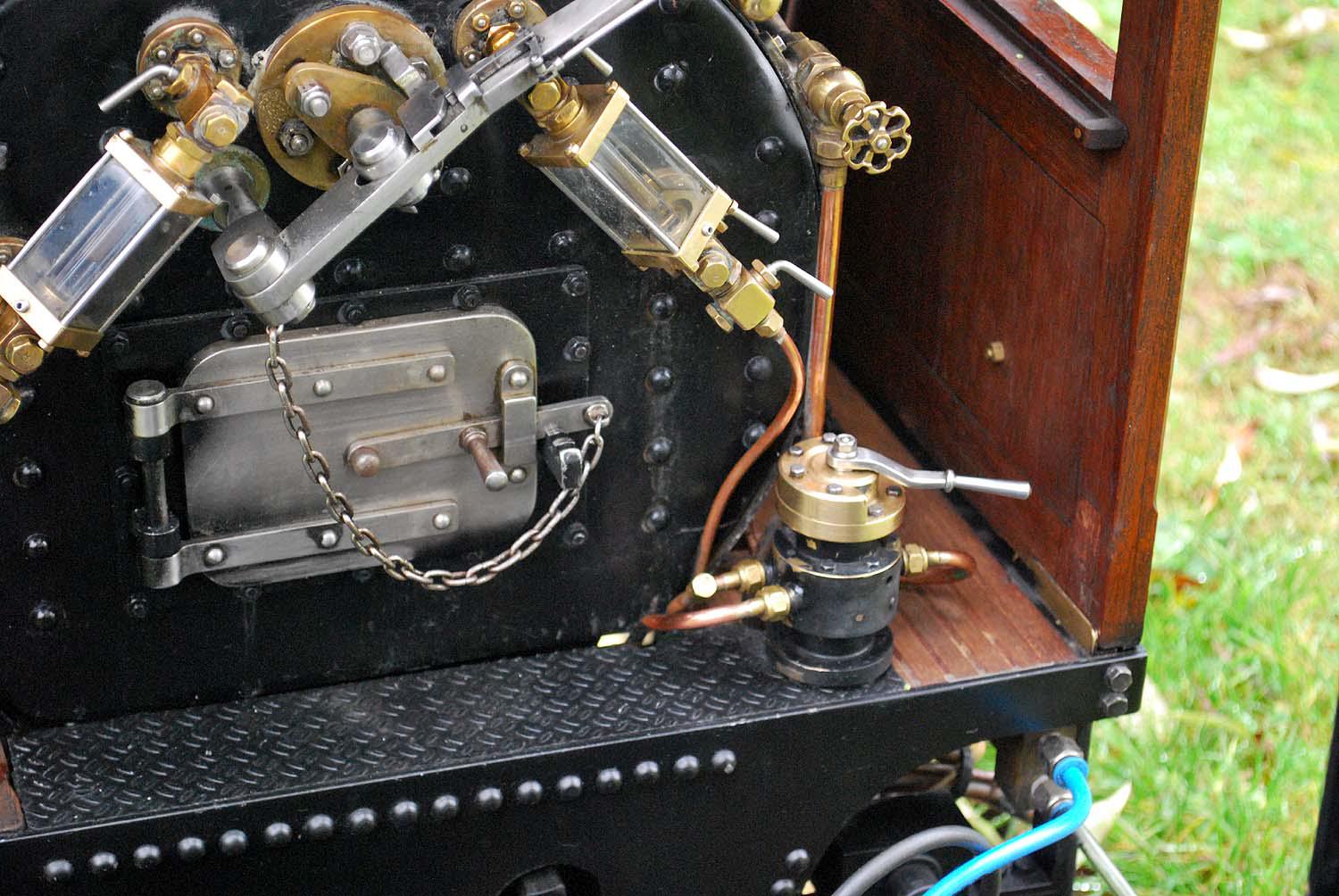 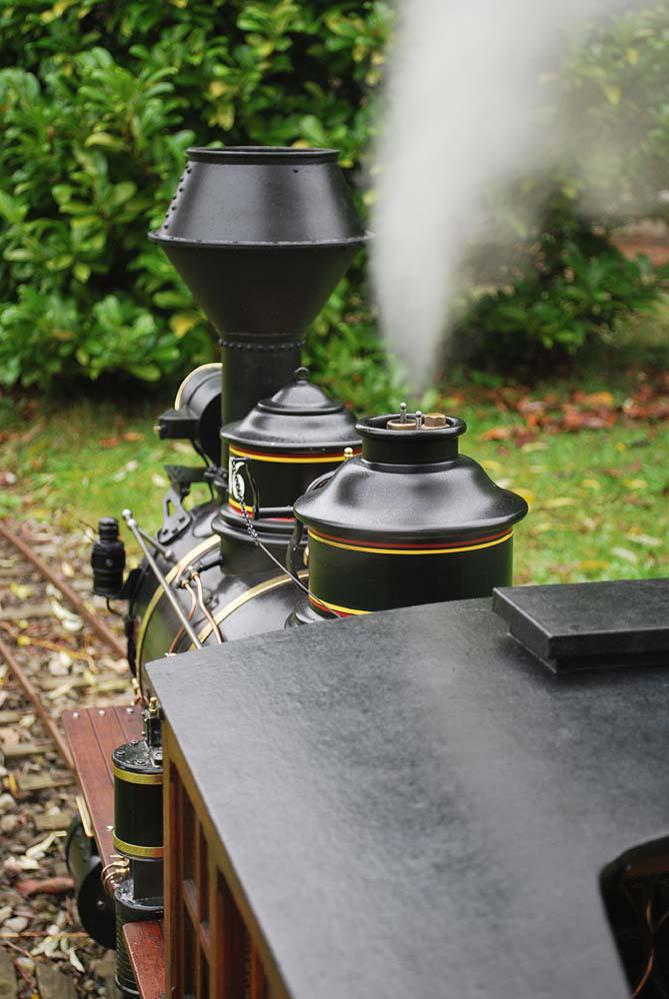 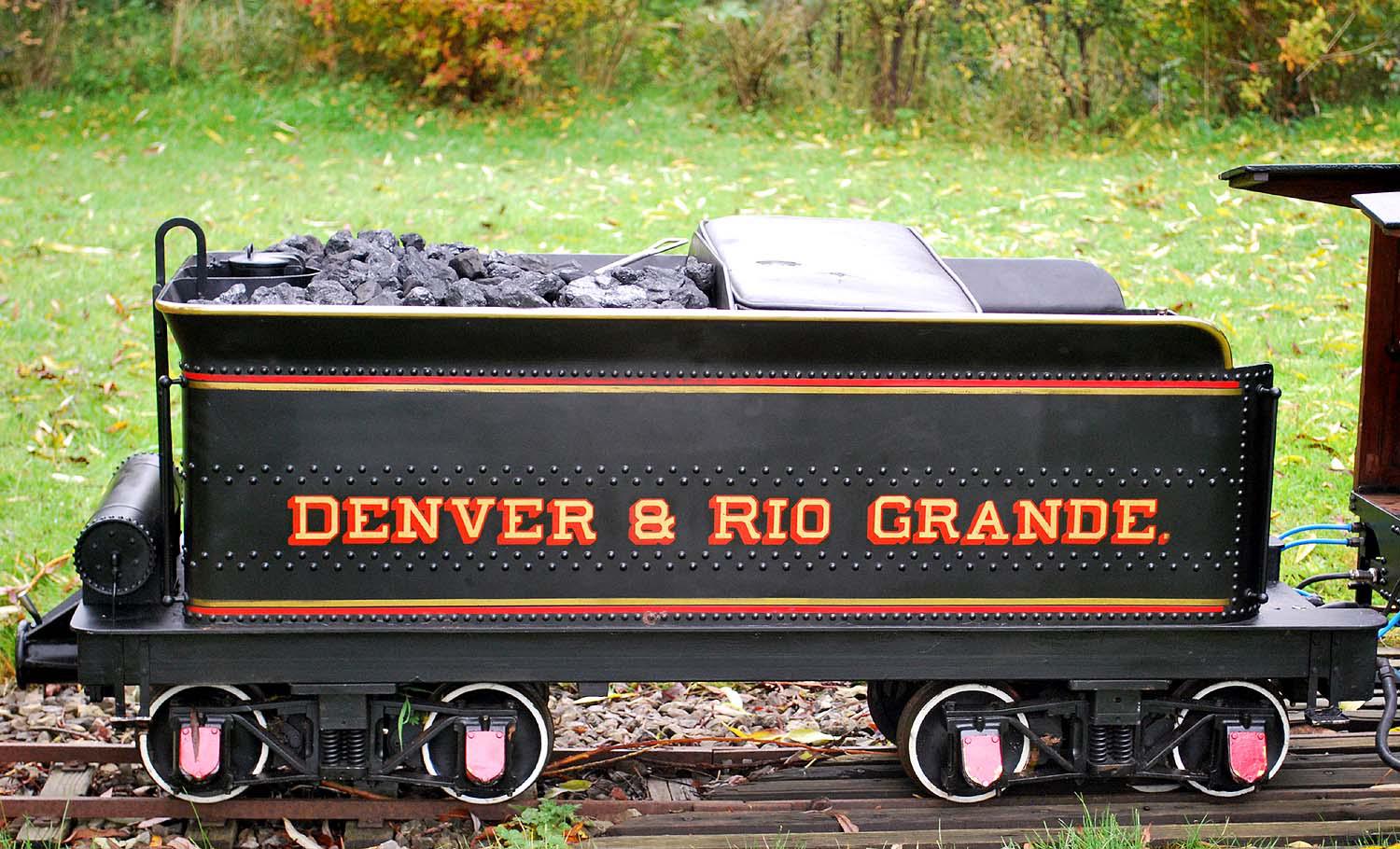 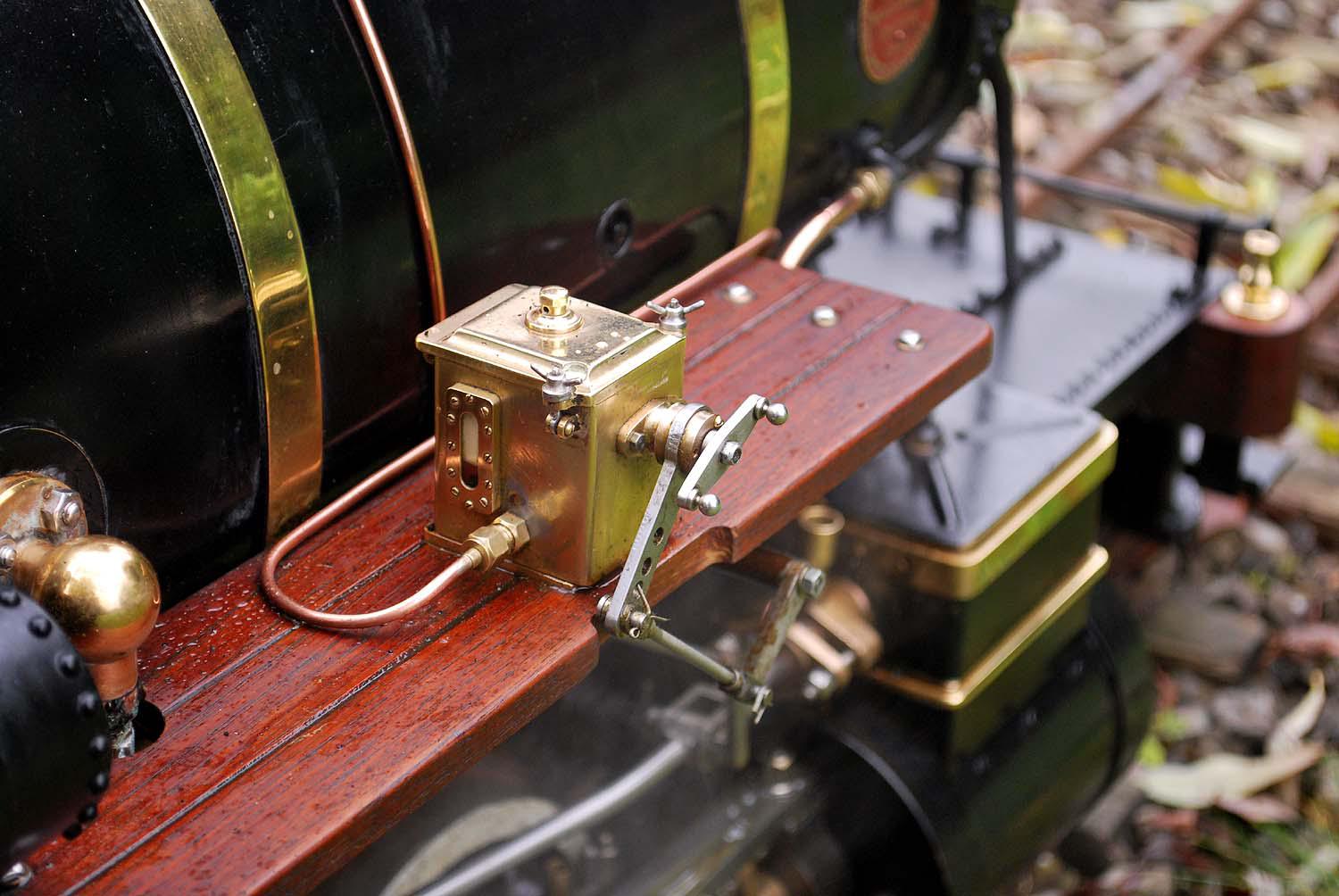 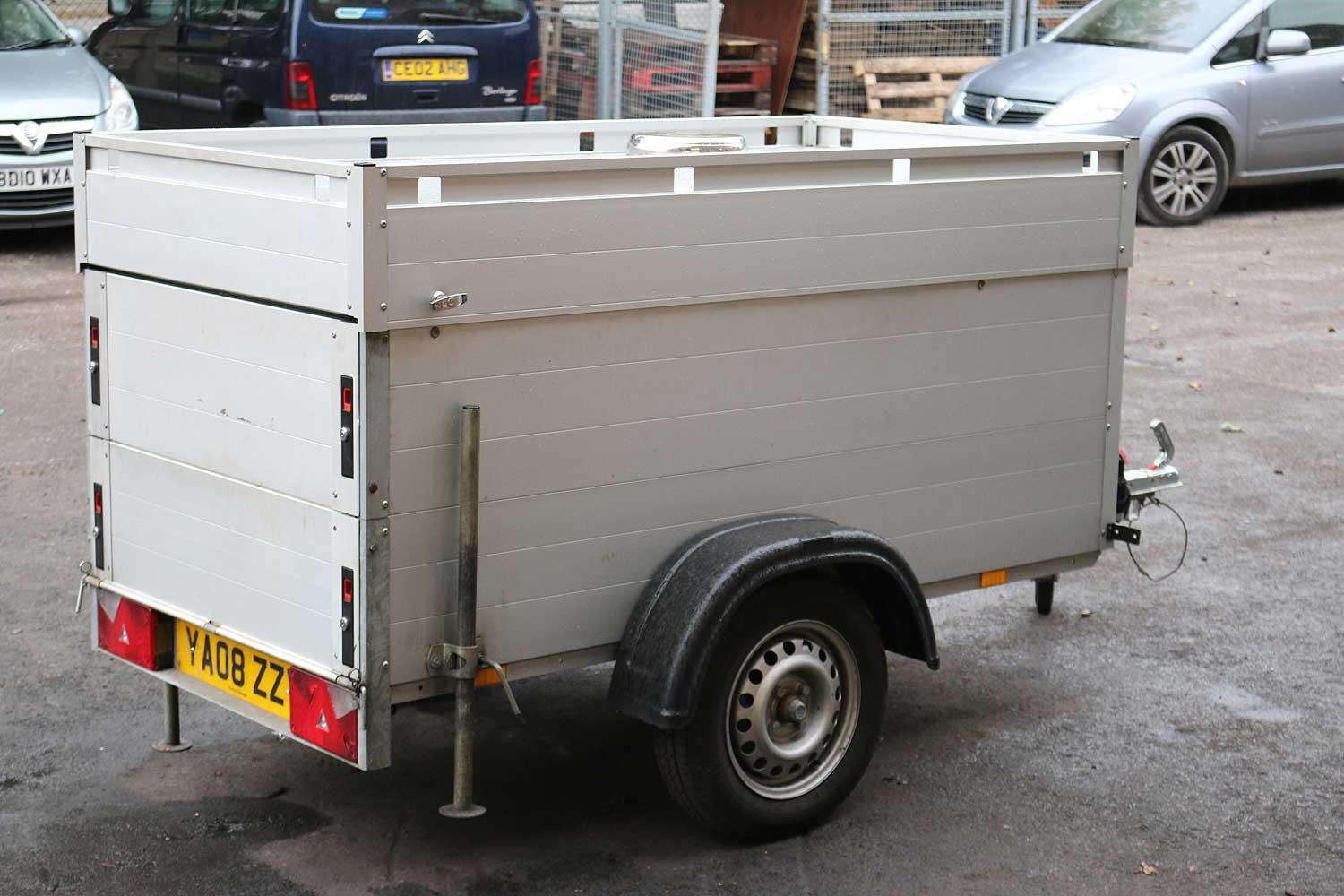 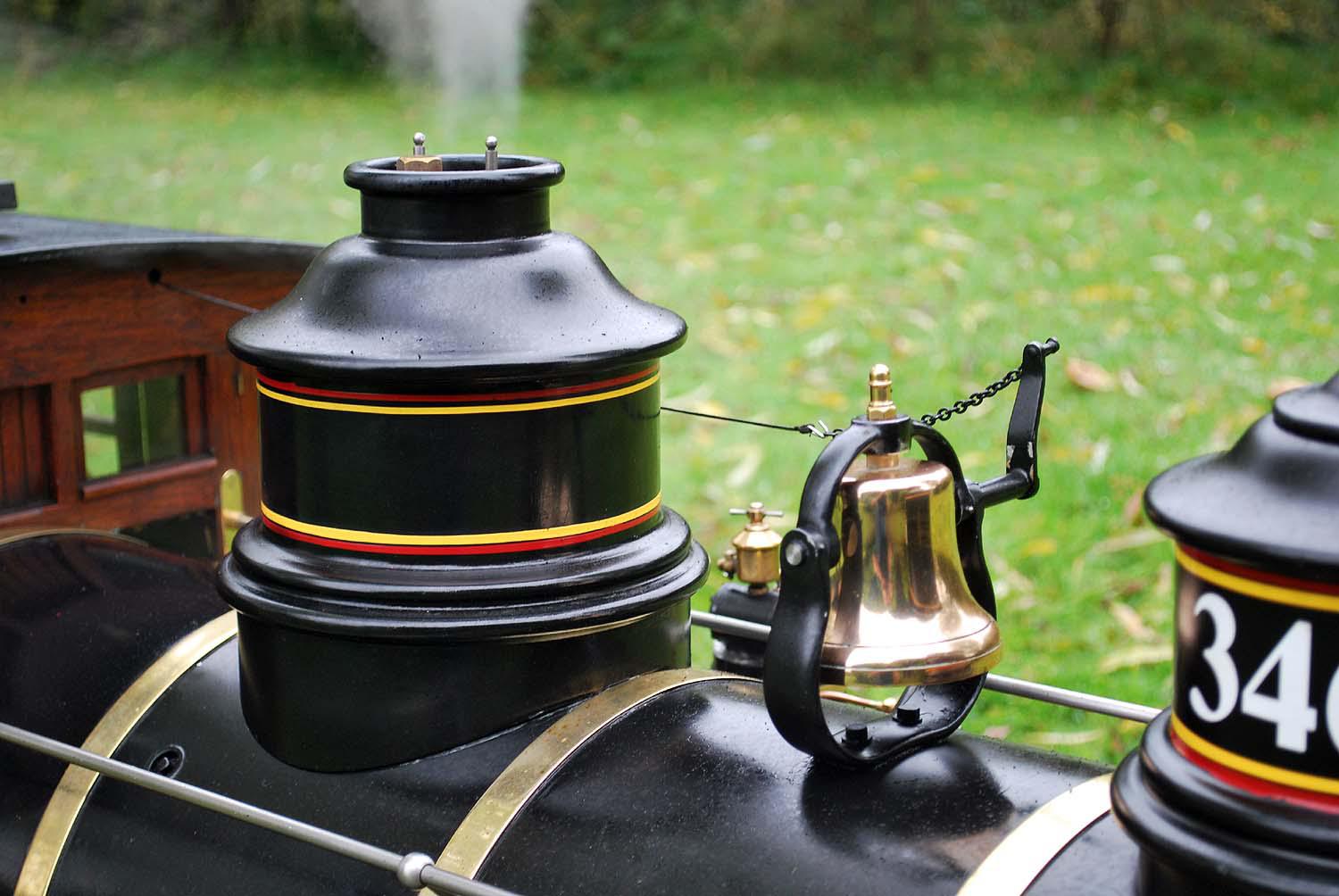 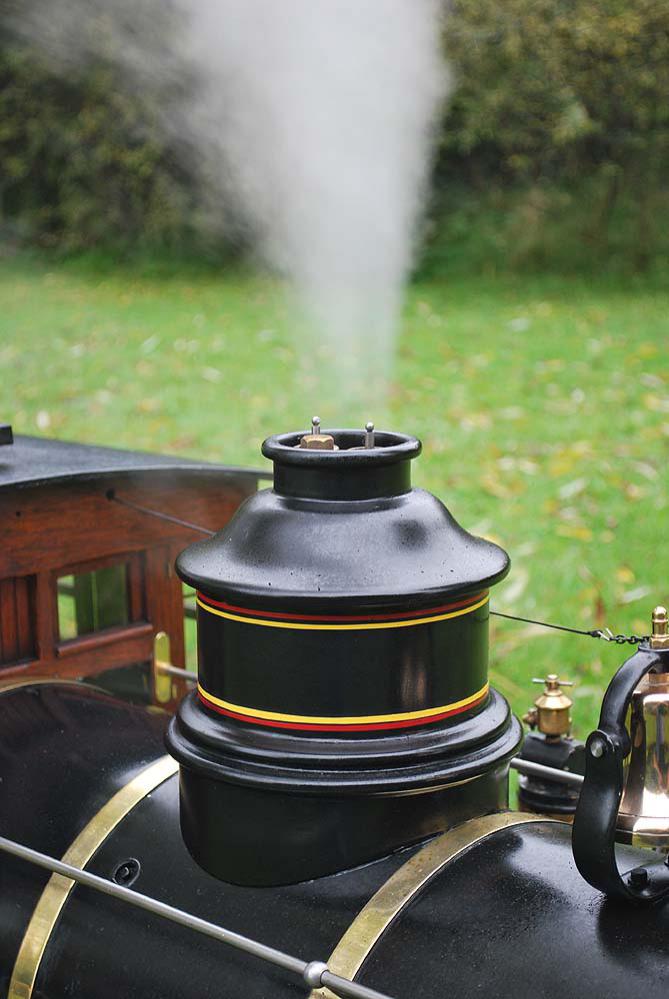 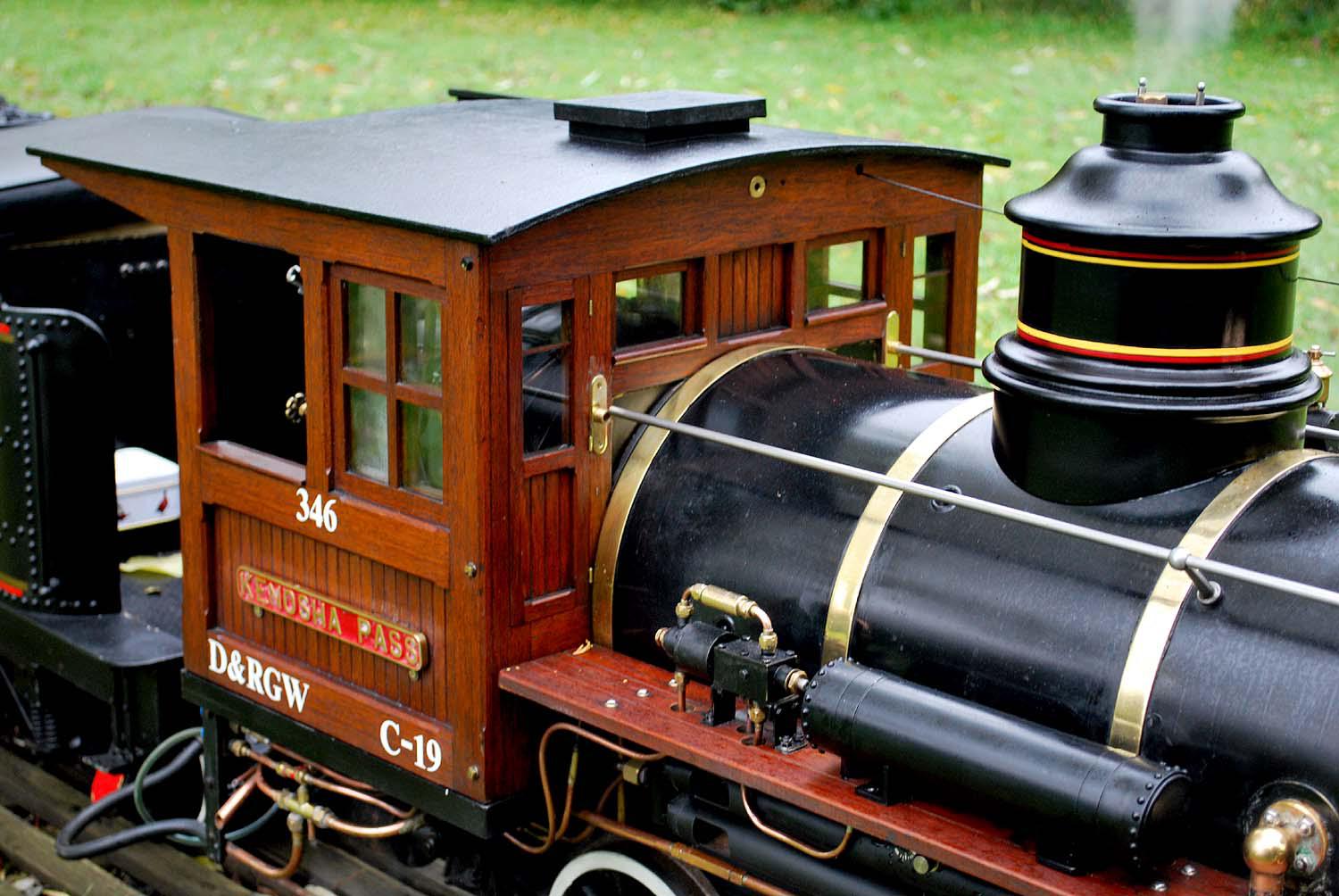 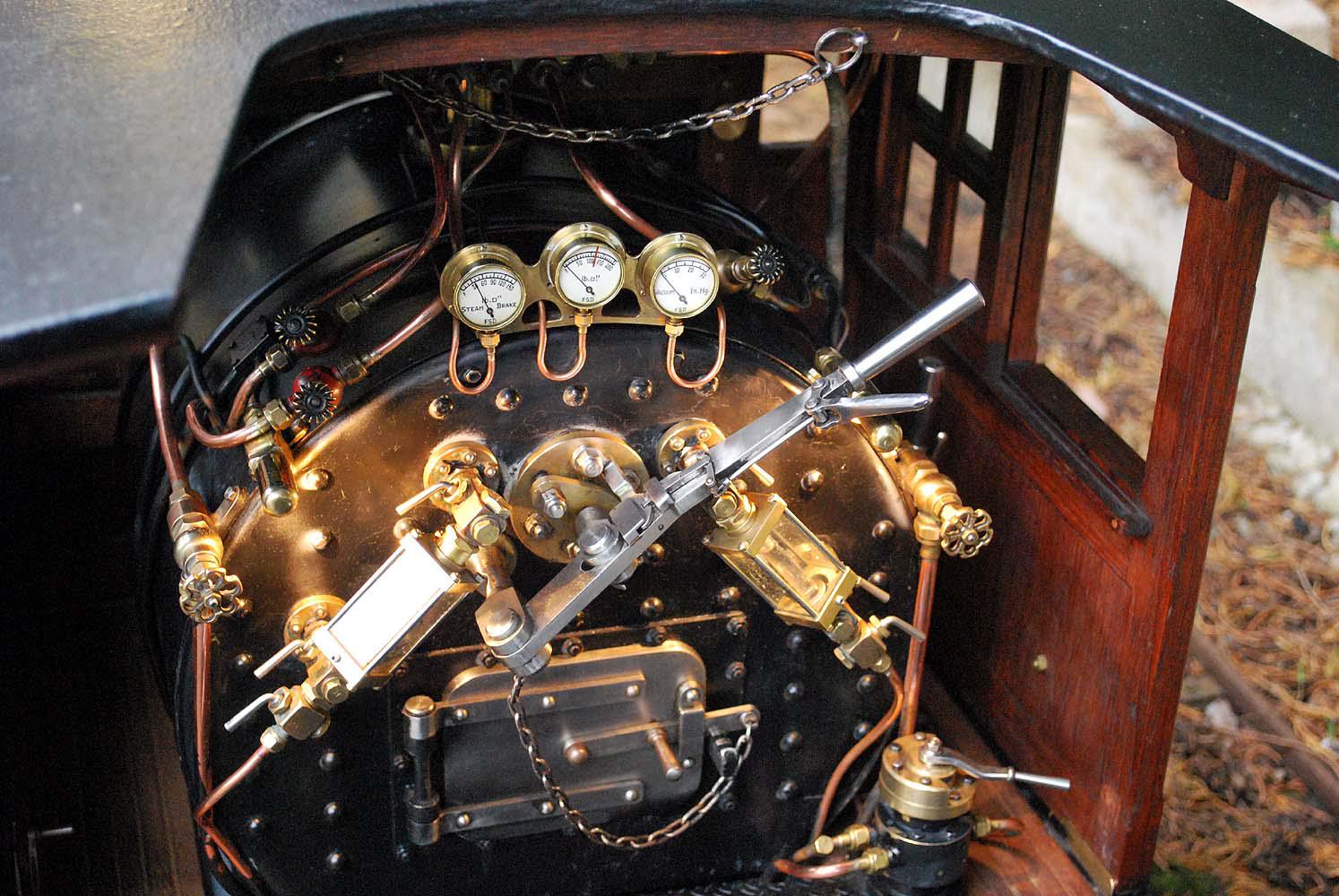 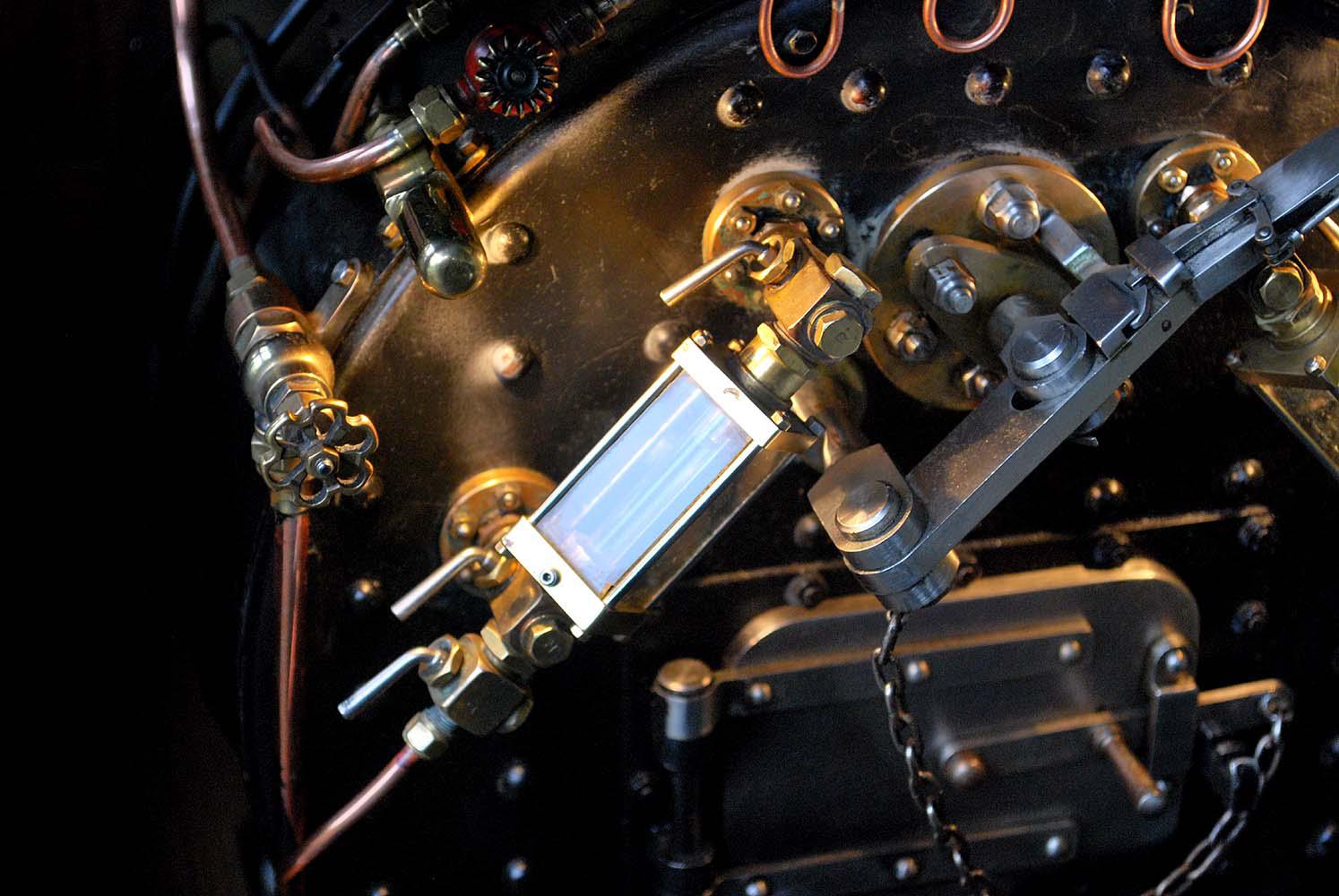 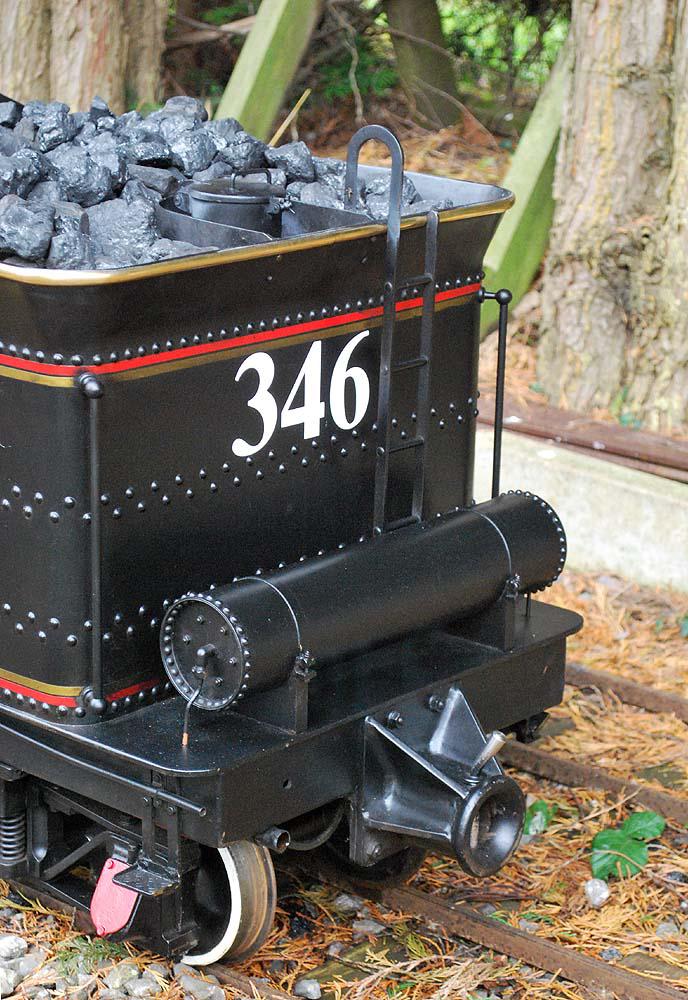 I bought this engine from the builder back in 2012 - it sold a short time later to the man who has owned it since. He's recently had to retire from steam on health grounds - his comment on this engine when Steve collected it was "Very sad to see it go as its the best loco I have driven, like driving a Bentley, very smooth." (which I largely agree with, although not sure it can be the best engine he's ever driven, given that he had a Stafford as well...)

Pictures and words below are all from 2012 except for those of the trailer which were taken this afternoon - it's different to the one the engine came in last time, this one a rather posh double-skinned aluminium affair with gas struts to assist in opening the top. Engine is in pretty much the same condition - possibly even more polished.

First C19 I've had in, after watching them handling all manner of extraordinary loads at various club events over the years. The prototypes were built by Baldwin for the Denver & Rio Grande, number 346 was delivered new in 1881 and worked right through to 1950 - it's now preserved at the Colorado Railroad Museum.

Originally built to run on the three foot narrow gauge, when scaled for 7 1/4 inch gauge track these come out as a large engine. Built to the Milner Engineering design - intended for commercial use - the model is nearly eleven feet long, the tender and footplate comfortably accomodate a six foot five driver with size thirteen feet.

I have been lucky enough to spend some hours with the builder of this engine over the last couple of weeks, seeing his workshop and getting an insight into how the C19 was made. A lifelong engineer, he was apprenticed at steam crane builders Stothert & Pitt of Bath in 1955 before moving to Rolls Royce at Filton where he stayed for the remainder of his career, ending up in the experimental new materials department there (the exotic steel alloy grate fitted to this engine obviously part of an ongoing investigation into the effects of heat on new steels destined for high-performance gas turbine engines...). During the same period, he has been a prolific model builder, with eight engines to his credit including a 3 inch Burrell, 7 1/4 inch gauge "Bridget" and a well-advanced 6 inch scale Foden wagon currently in the workshop.

The pictures below largely speak for themselves - the standard of engineering is excellent throughout, the engine runs exactly the way it looks.

Steel boiler by Bell Boilers, April 2011. Expanded tubes, tested for 125psi working pressure although the bronze "soft pop" safety valves are currently set at 95 and 100psi respectively, which has proved more than adequate for anything the builder has required of the engine. Fusible plug fitted in firebox. Feed by a pair of injectors, mounted each side of the cab. Twin PTFE seat blowdown valves fitted to rear.

Firebox is fitted with front and rear dampers, grate has a quick-release drop down action, lever-operated from the cab. Ashpan has a sliding bottom panel to facilitate cleaning.

Cast iron cylinders with iron rings, slide valves actuated by Stephenson's gear with pole reverser in the cab. Throttle lever has a detent and locking catch to prevent inadvertent runaways. Mechanical oil pump on the offside running board, with sight glass visible from cab. Axles have ground journals running in bronze axleboxes.

Engine and tender are air-braked, with steam-operated air pump on the nearside running board and auxiliary electric pump in the tender. Locomotive is vacuum equipped, the driver's brake valve on the floor is a combined air/vacuum valve, applying locomotive, tender and train brakes simultaneously. Compressed air resevoirs are mounted in the tender, with a vacuum resevoir at the rear.

In regular use for night-running at the builder's track, there is a powerful halogen headlamp fitted, along with illuminated classfication and number lights at the front and the most beautifully-lit backhead I've ever seen, with brass-housed lamps mounted above the water gauges, the wiring neatly piped across the boiler - it provides excellent illumination of the water gauges and valves, without any glare in the driver's eyes from an unshielded bulb. 24 volts bulbs are fitted in the front running lights - running on 12 volts they give an authentic yellow "oil lamp" type light - bodies are quickly detachable for bulb replacement with O-rings to keep moisture out.

The cab can be lifted off by removing two screws underneath and detaching the whistle chain. It is made from teak salvaged from a Great Northern coach of 1881 - chosen as it was the same year the prototype engine was built (which is pushing authenticity pretty much to the limit!).

The bogie tender runs on double row self-aligning bearings with oil seals, it has a front compartment containing air pump, battery and lighting switchgear. Tank holds 15 gallons of water. Water and electric connections to the locomotive are all quickly detachable.

A very fine piece of engineering, one of the nicest things I've driven this year.