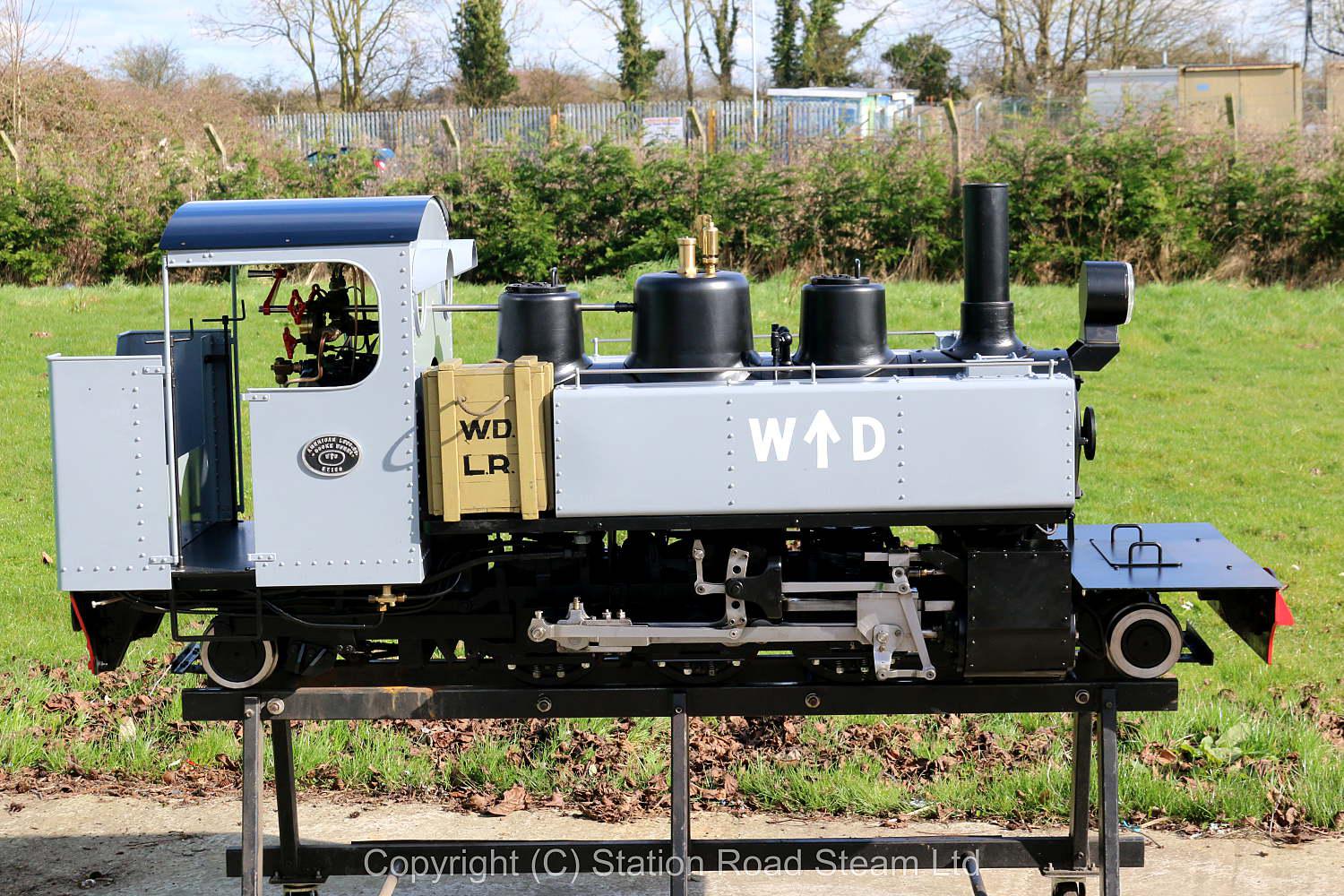 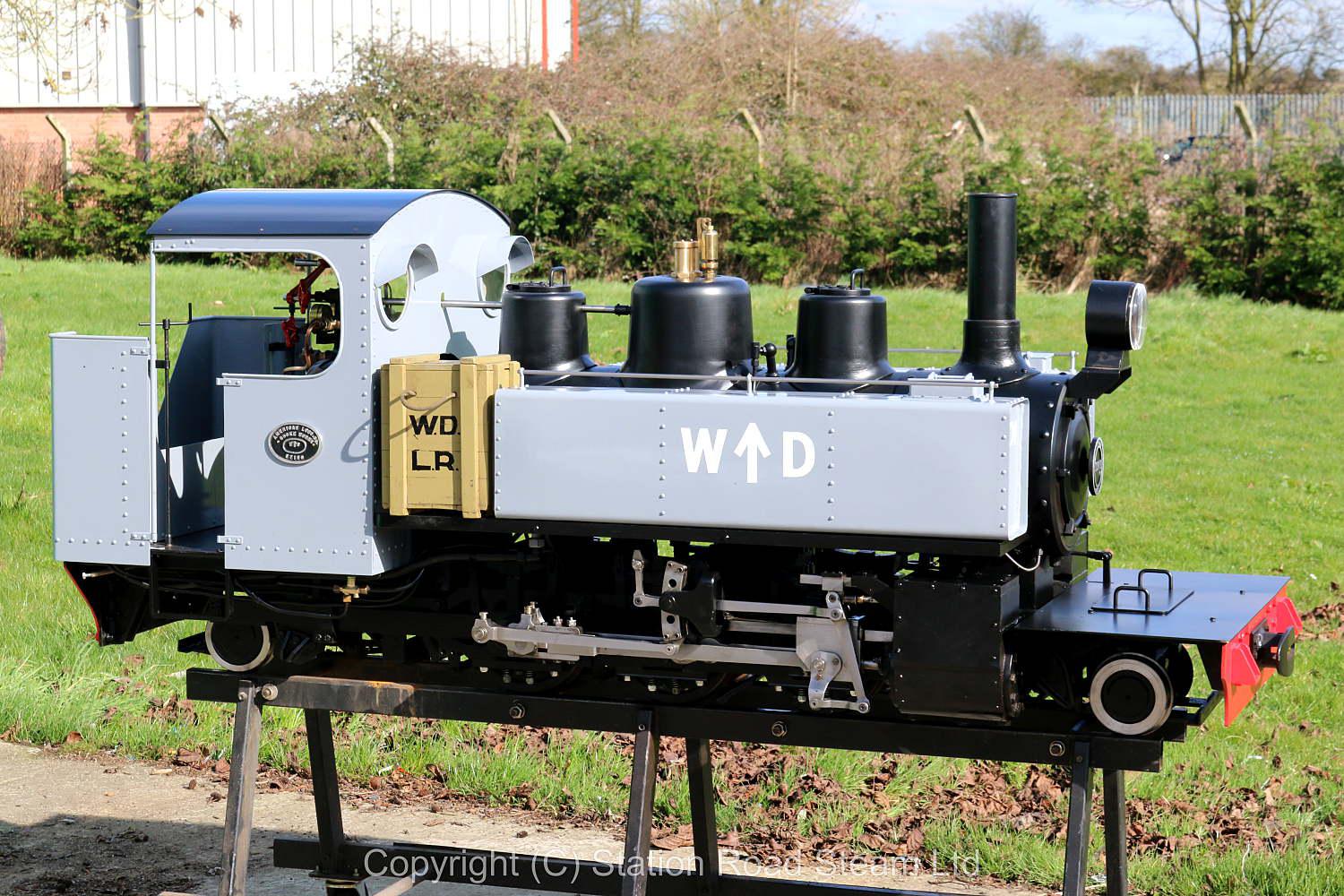 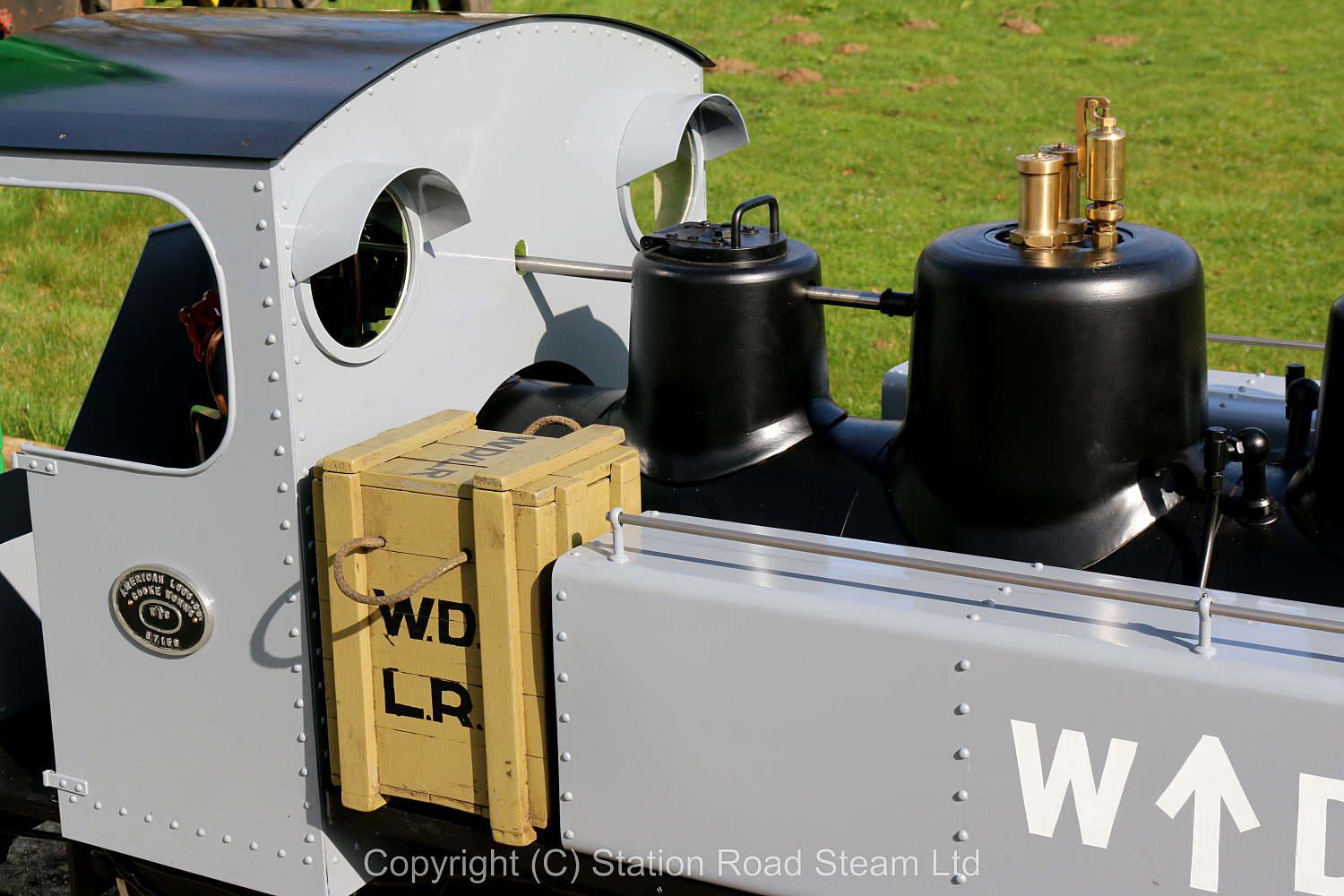 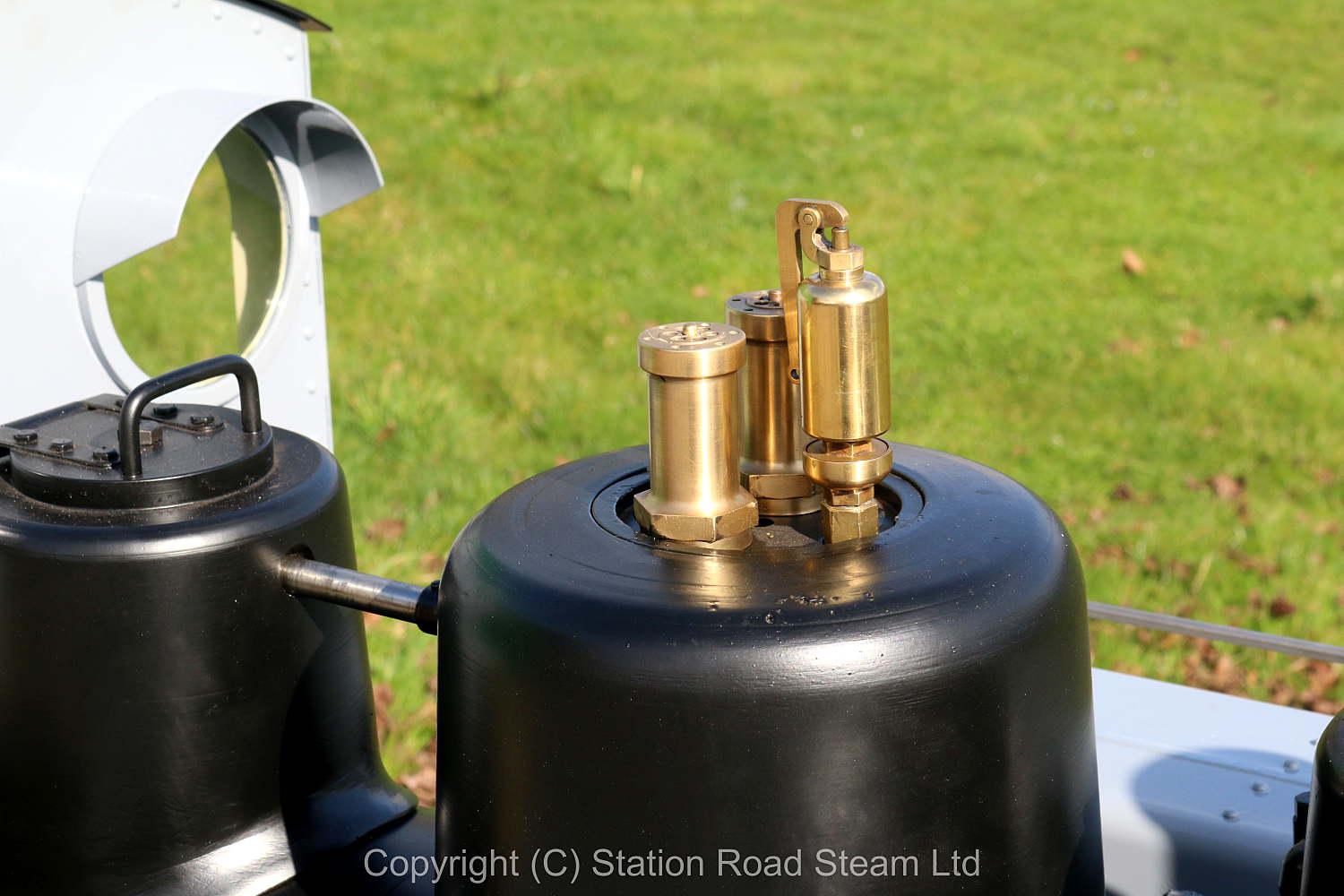 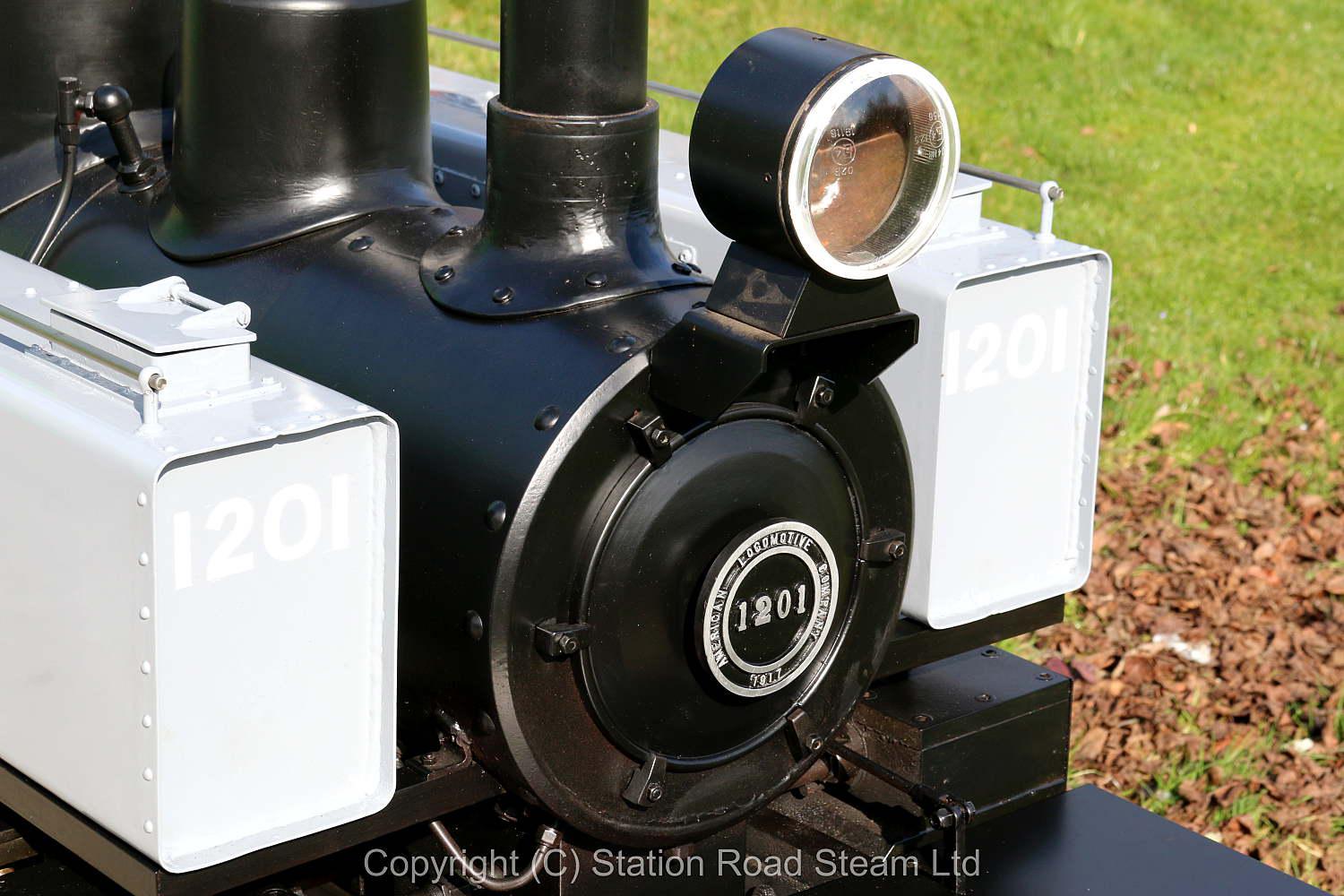 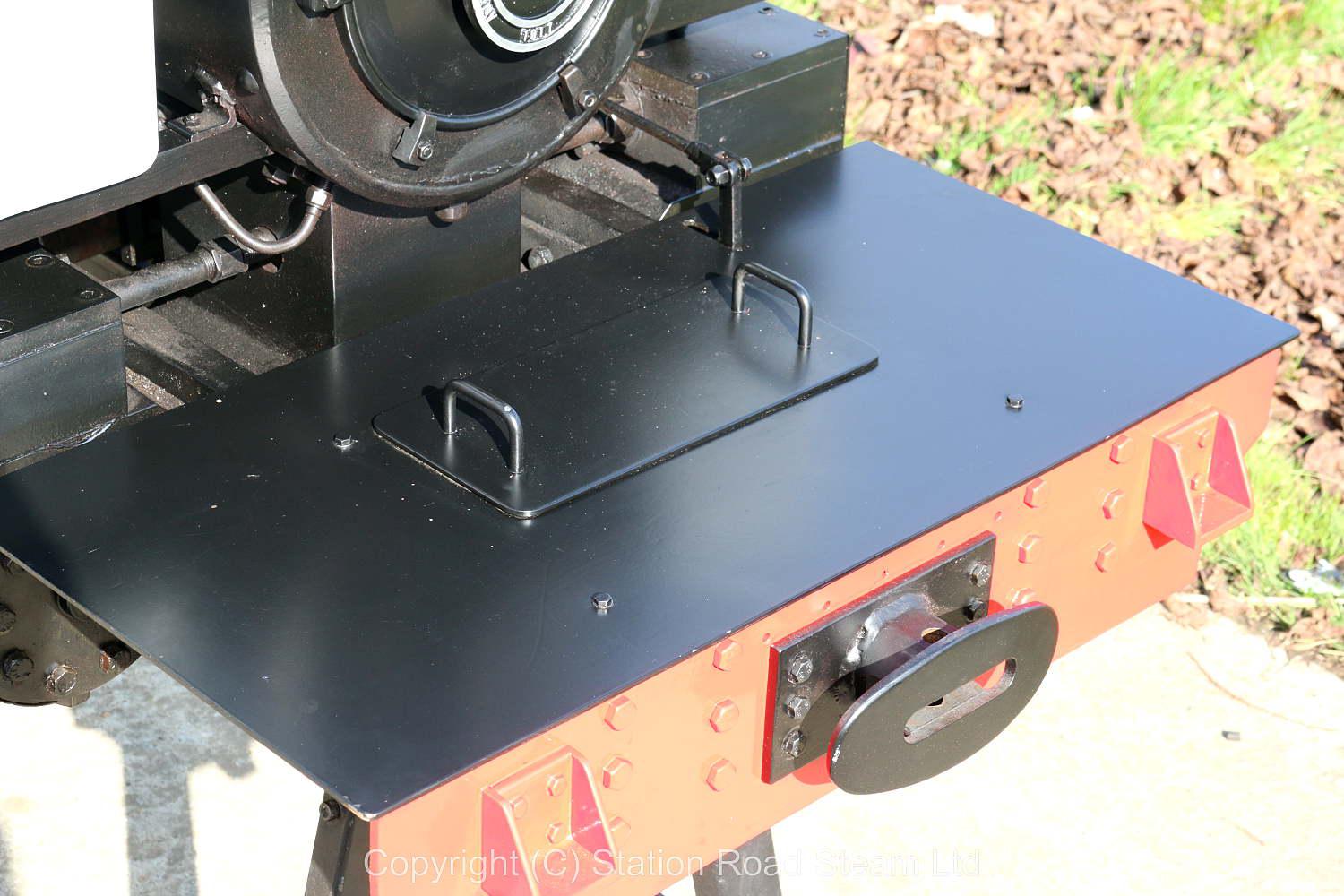 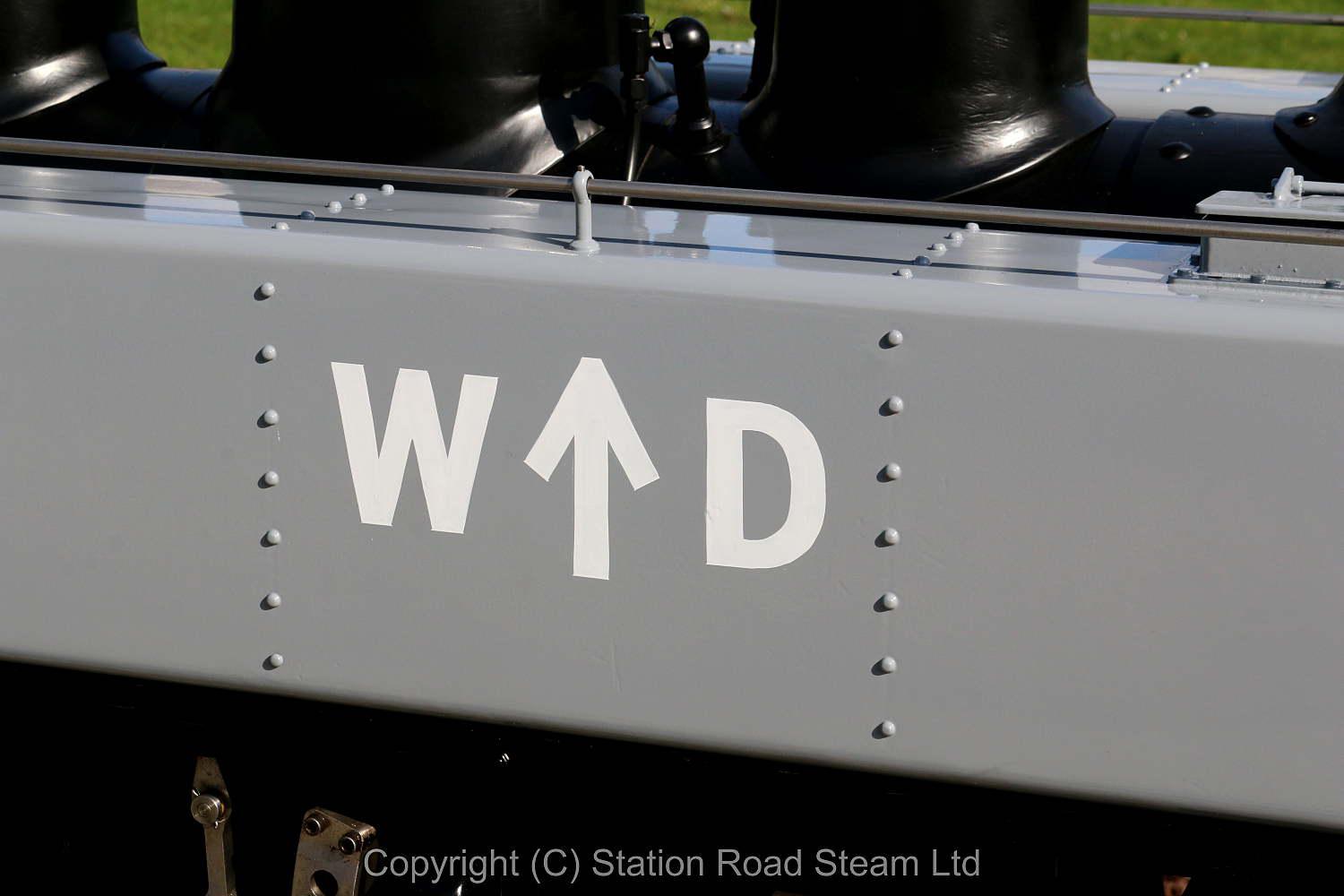 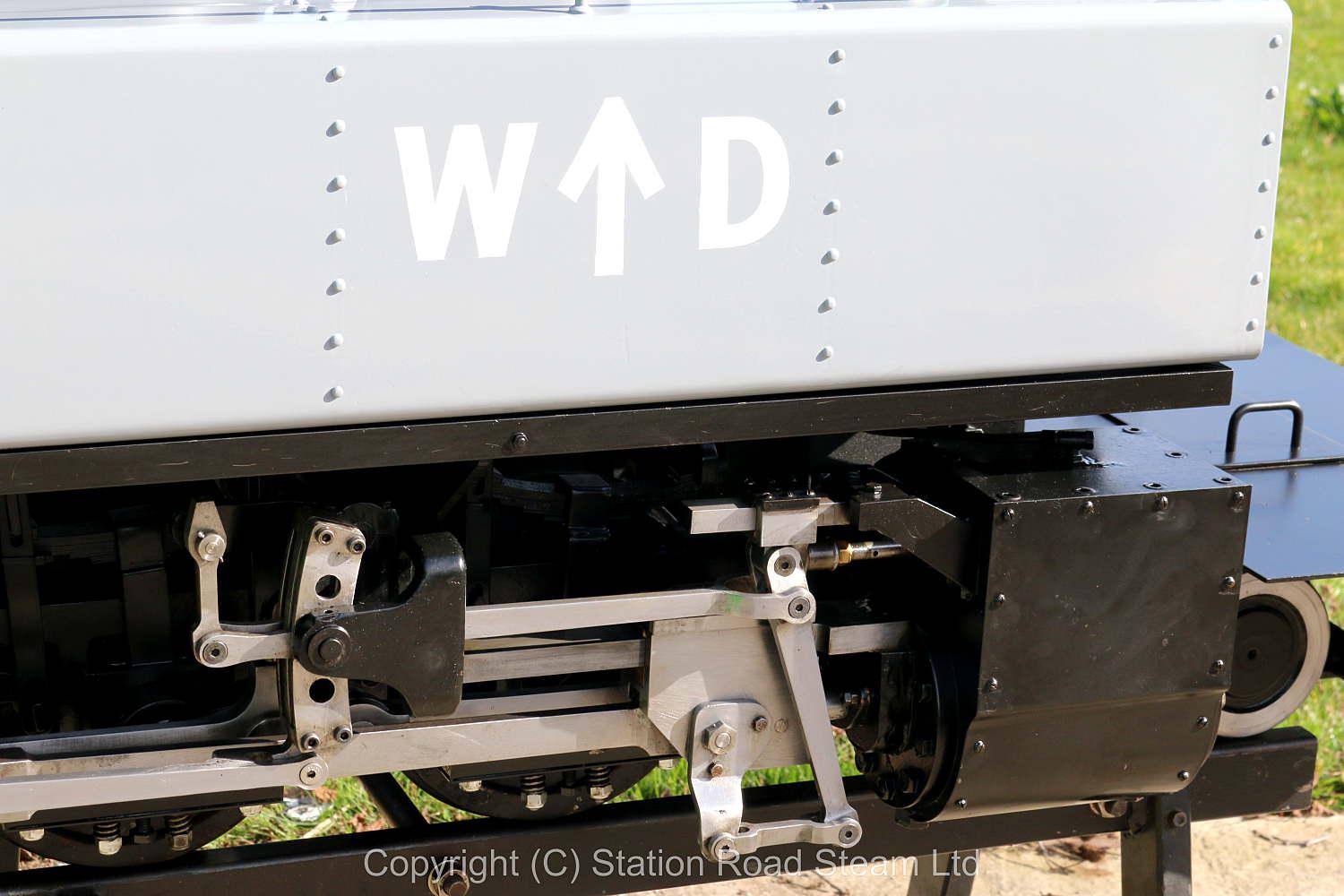 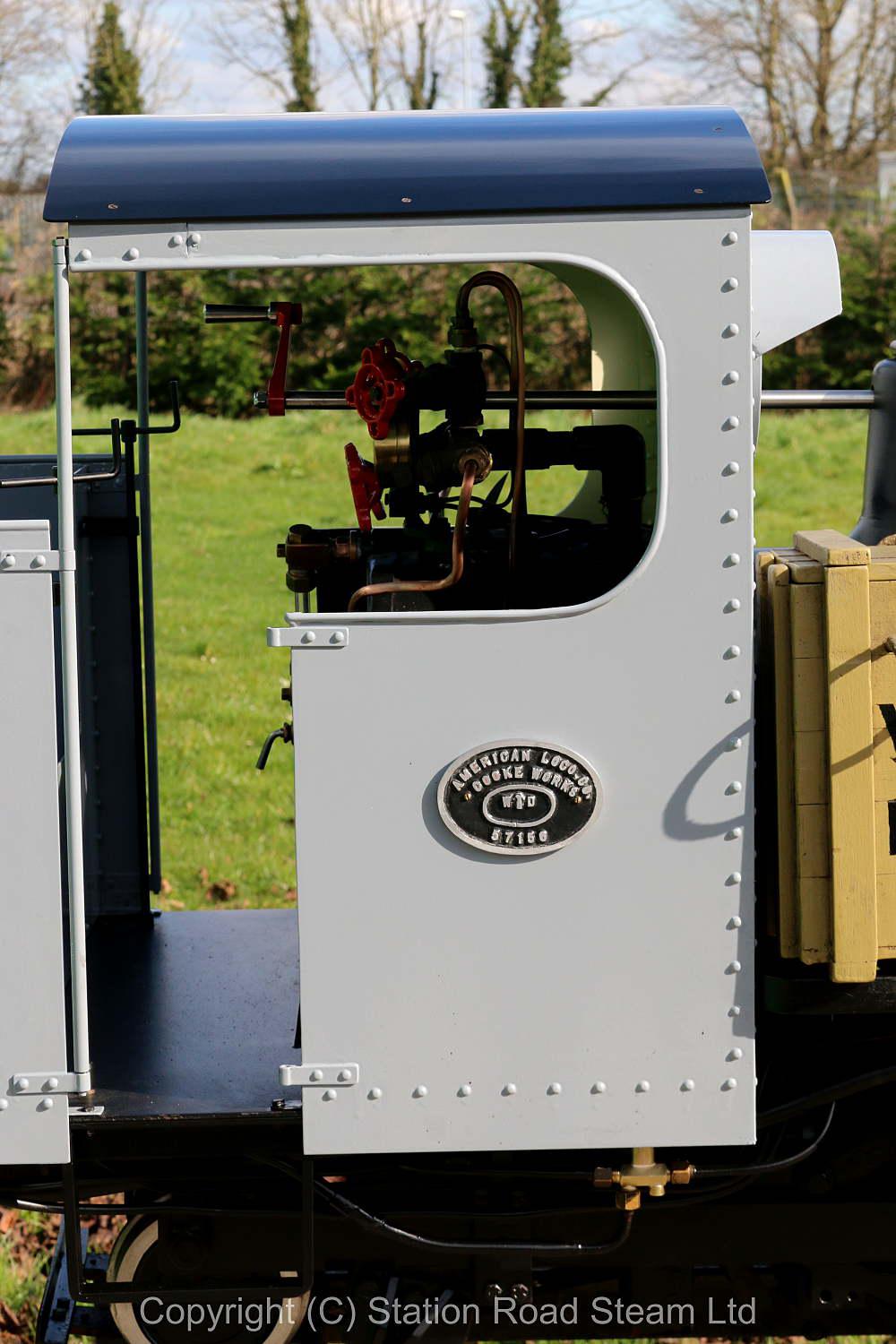 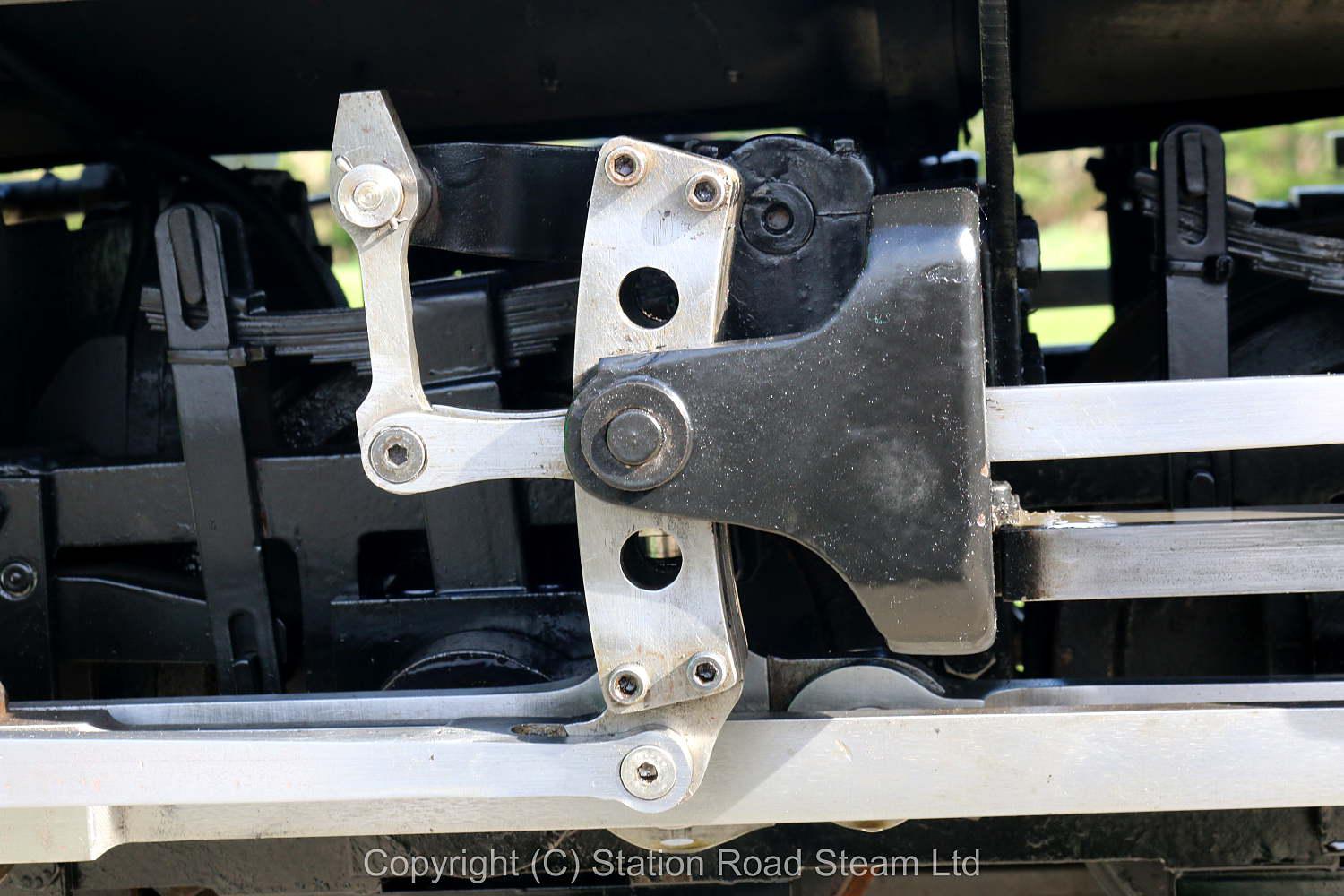 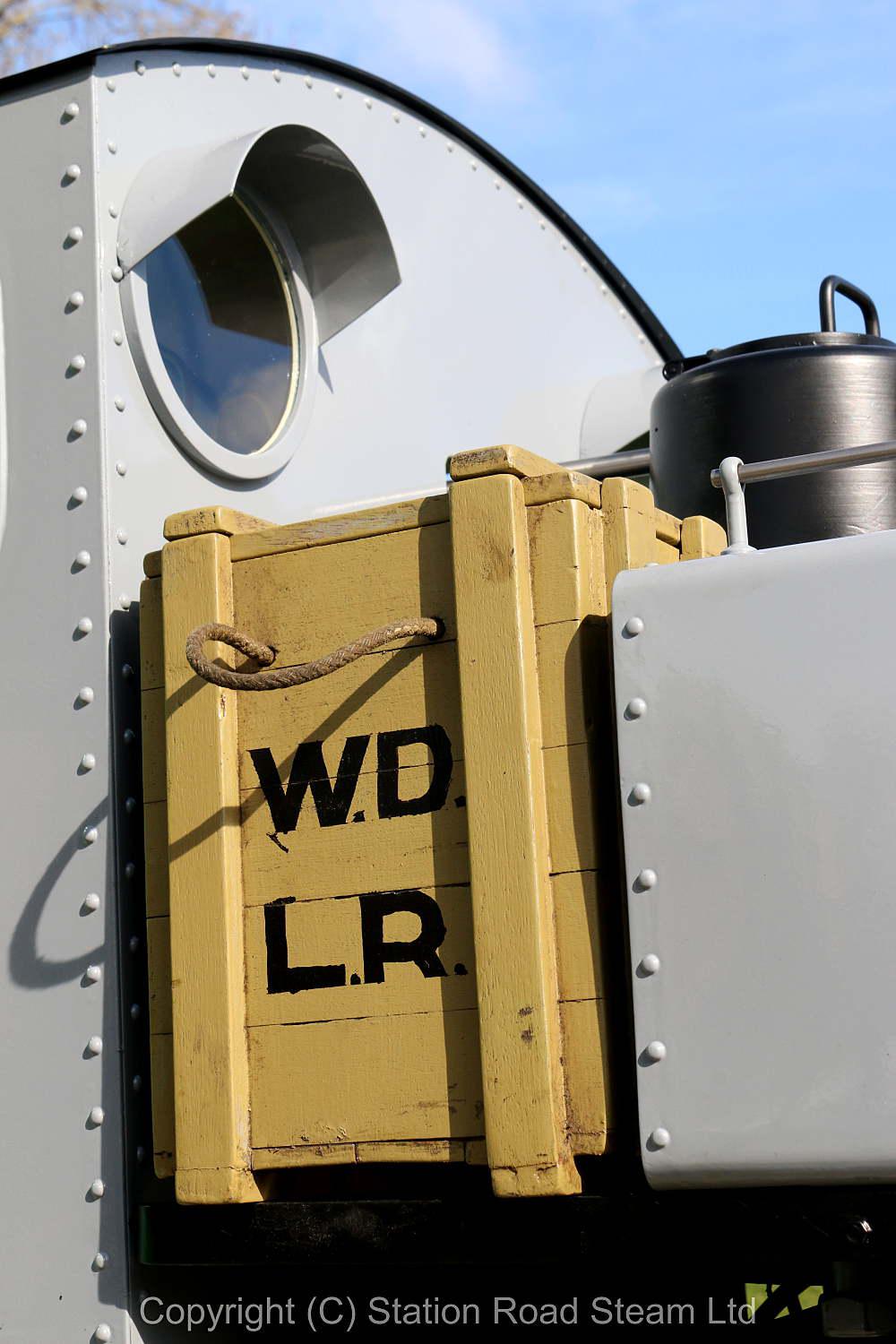 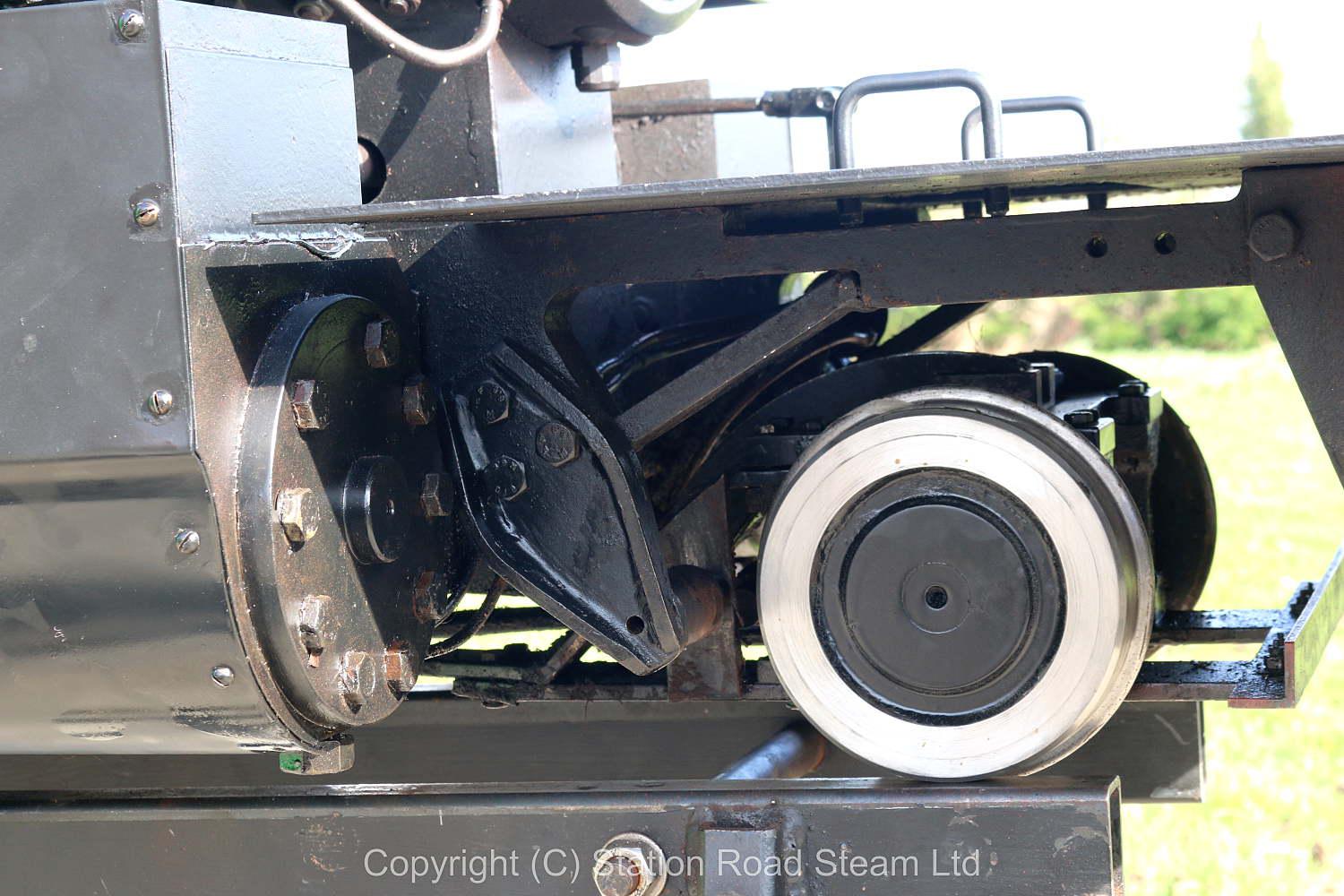 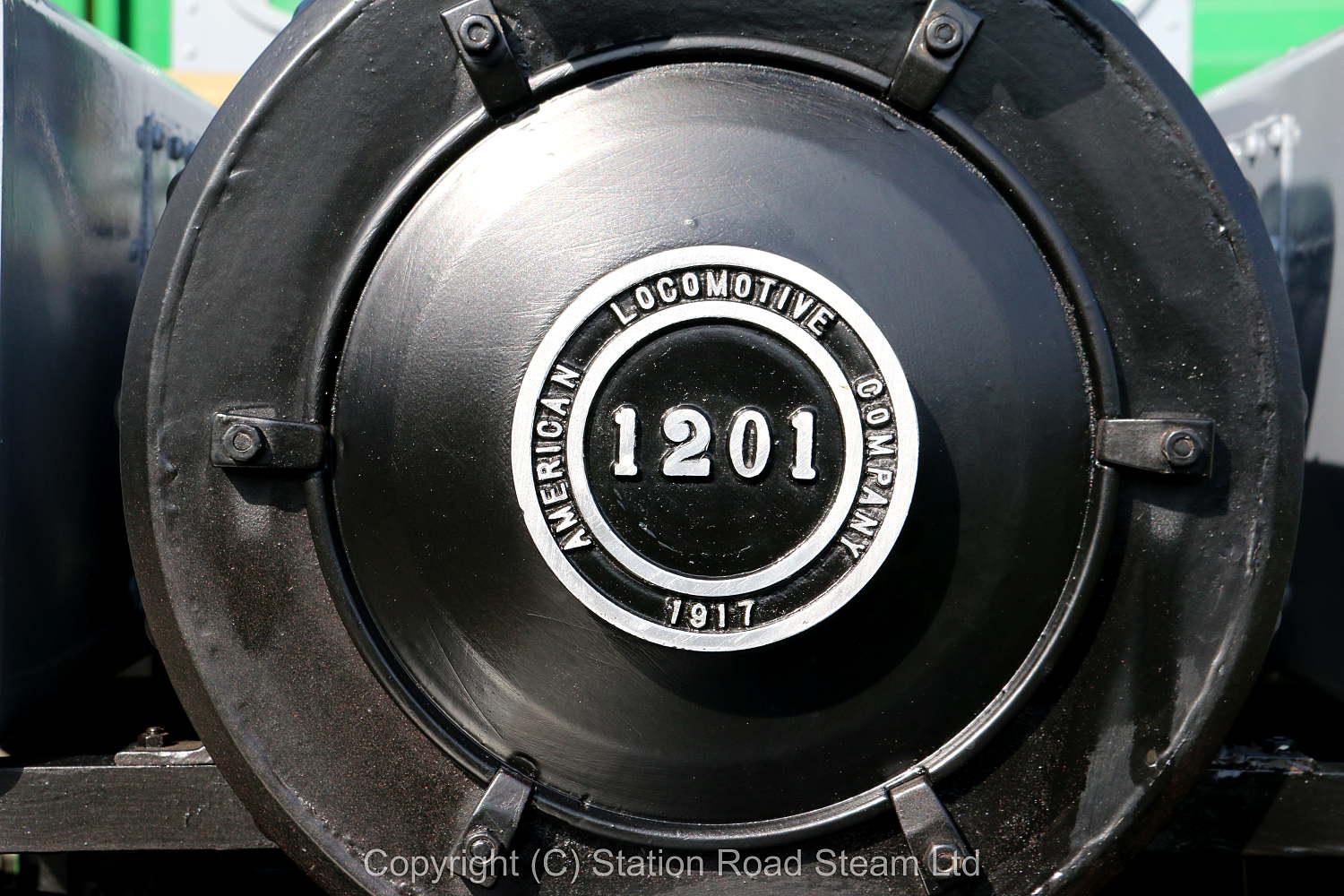 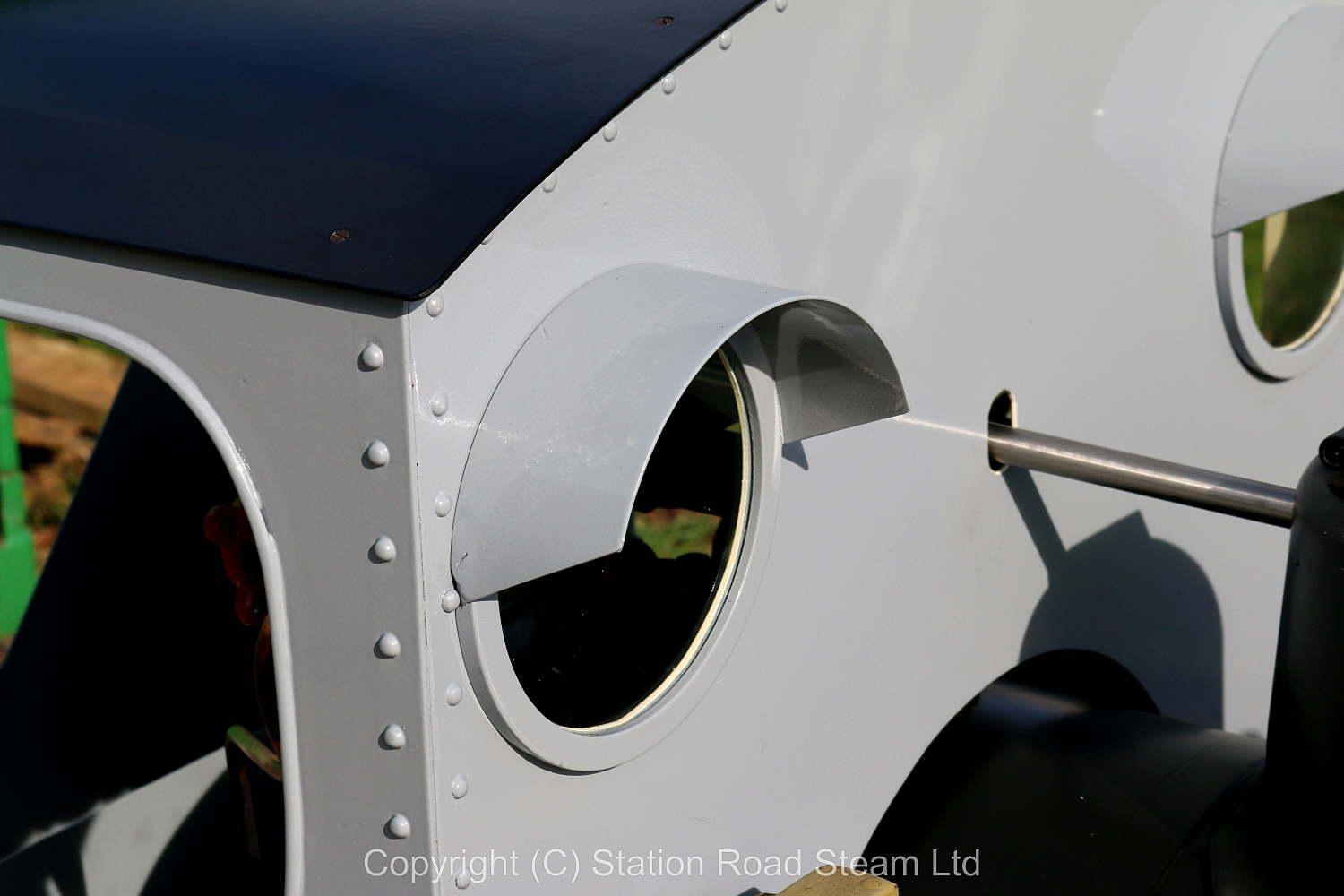 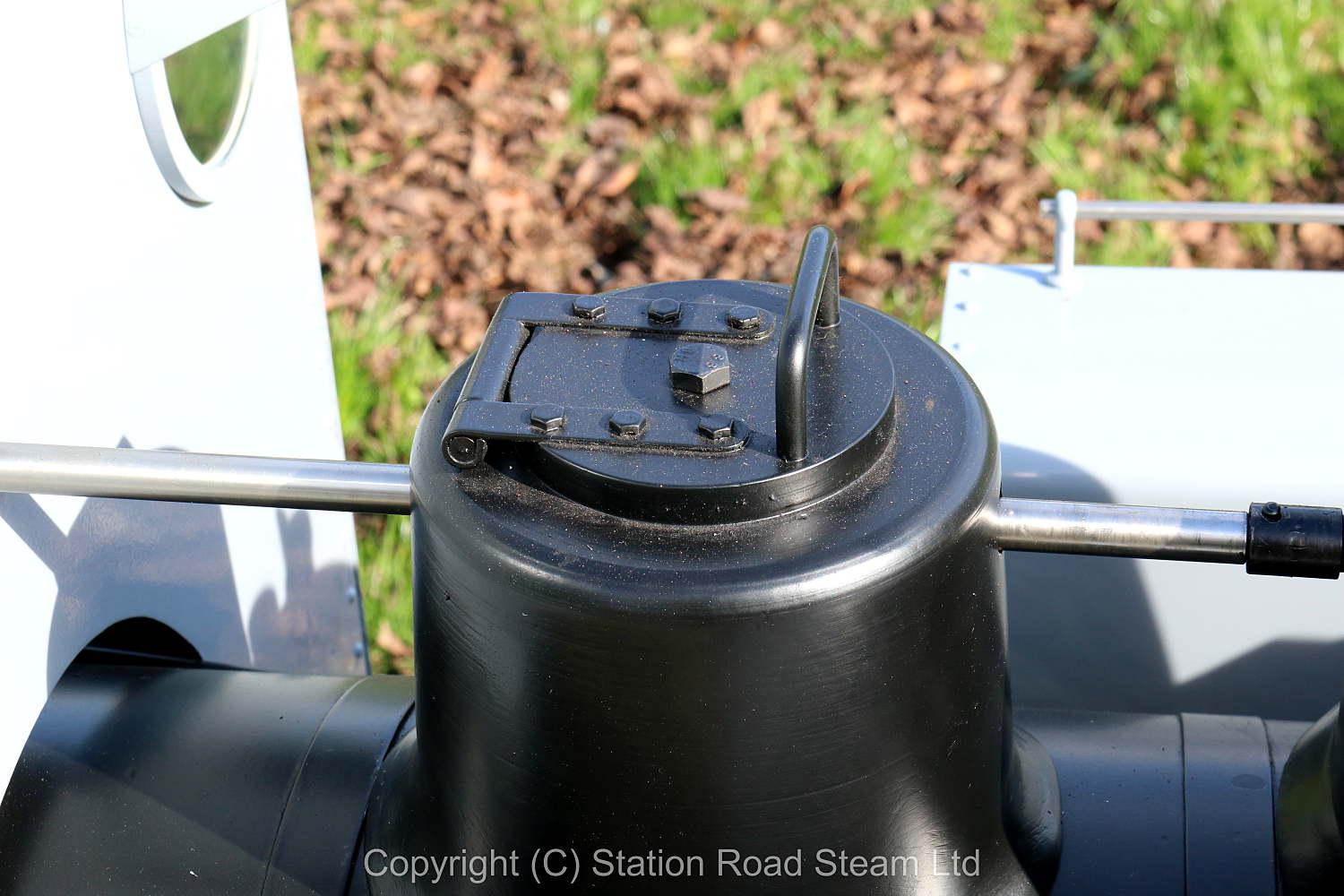 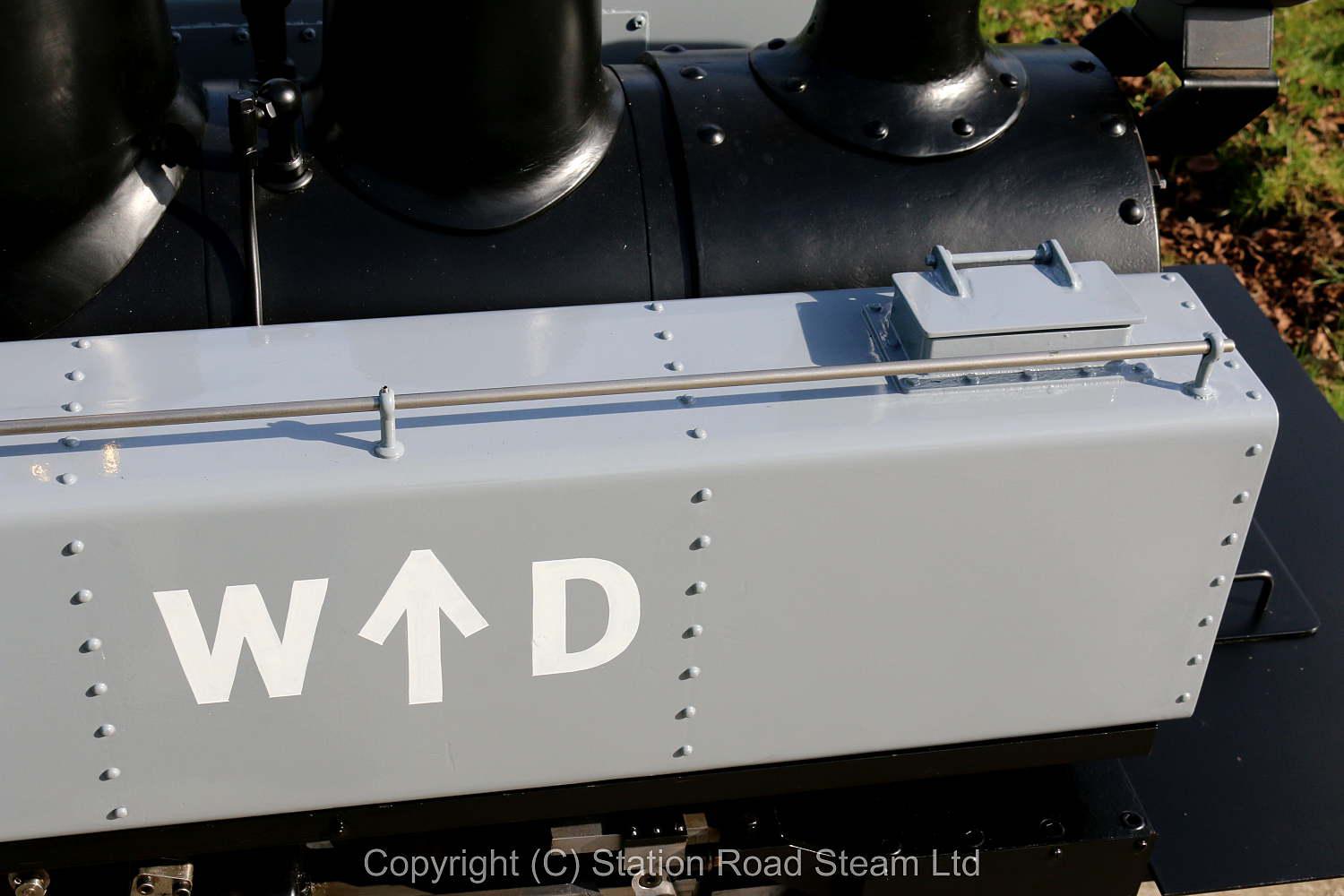 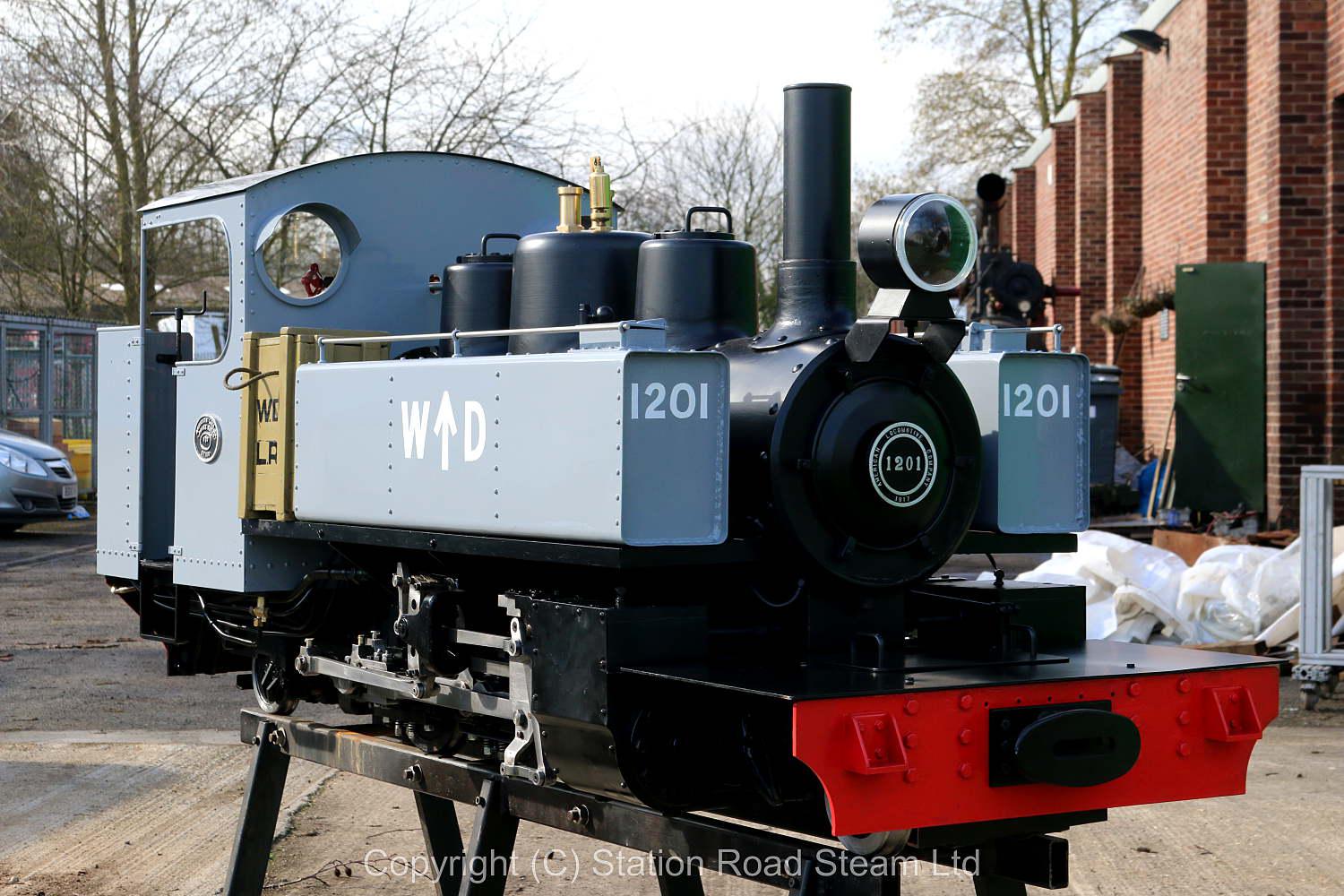 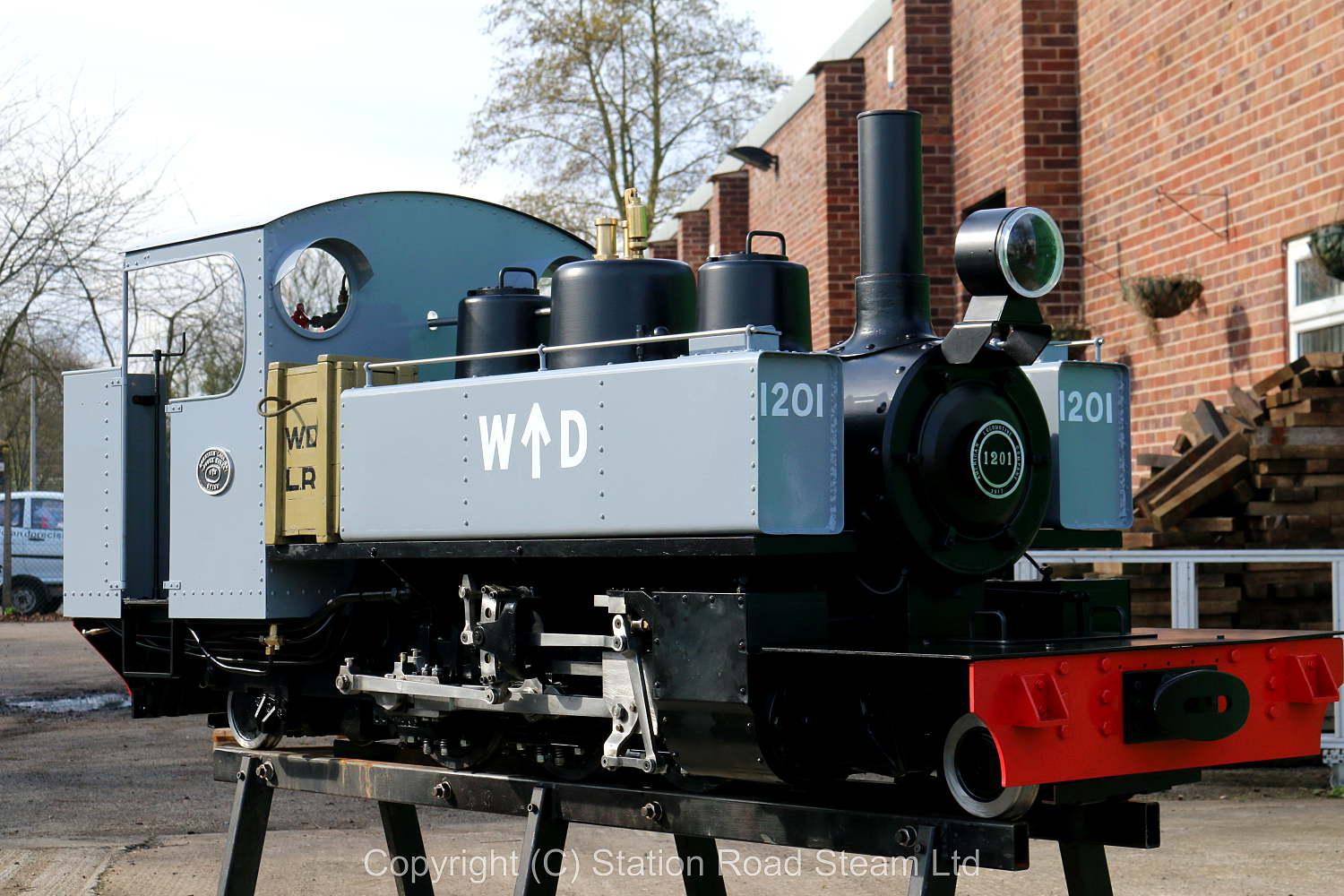 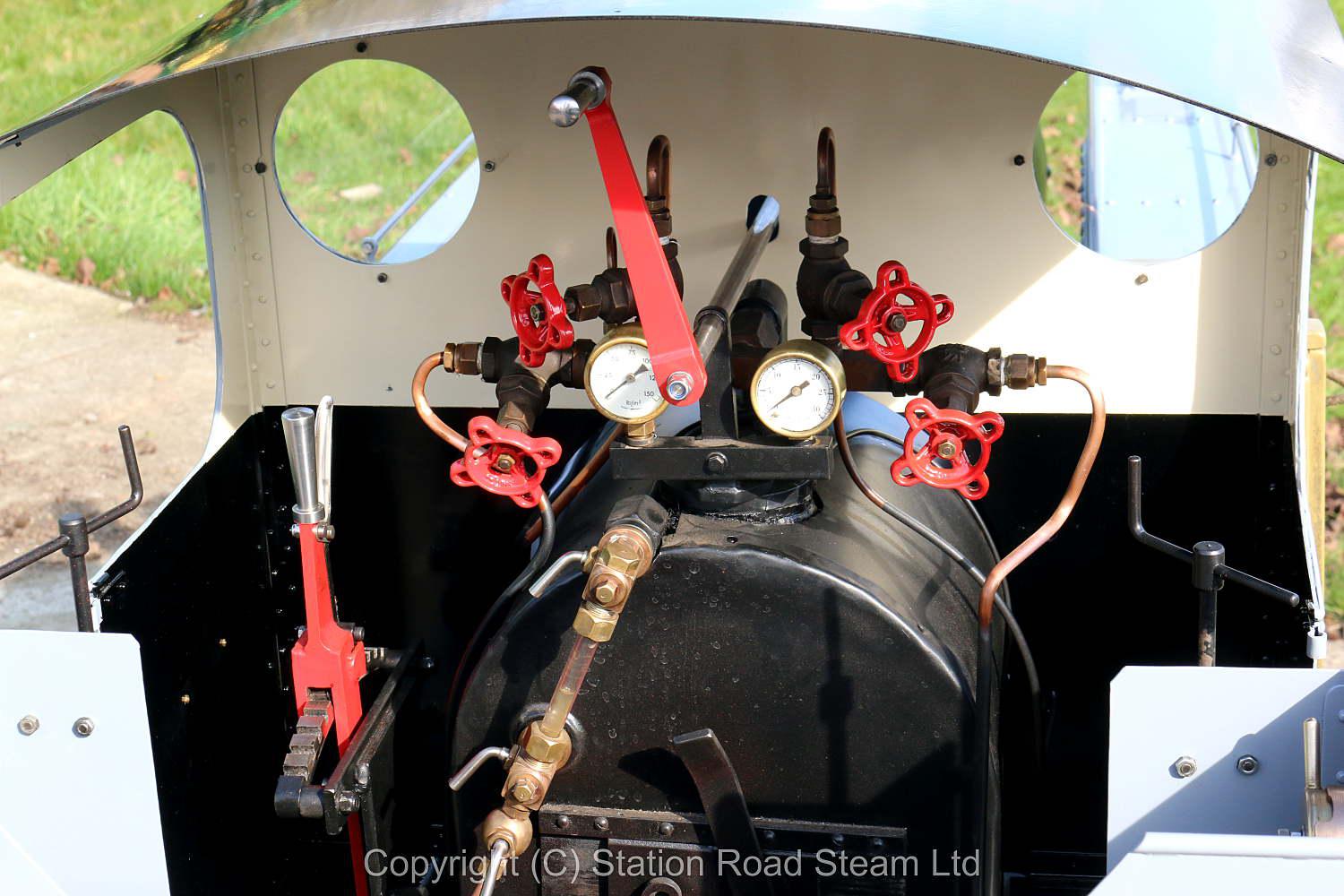 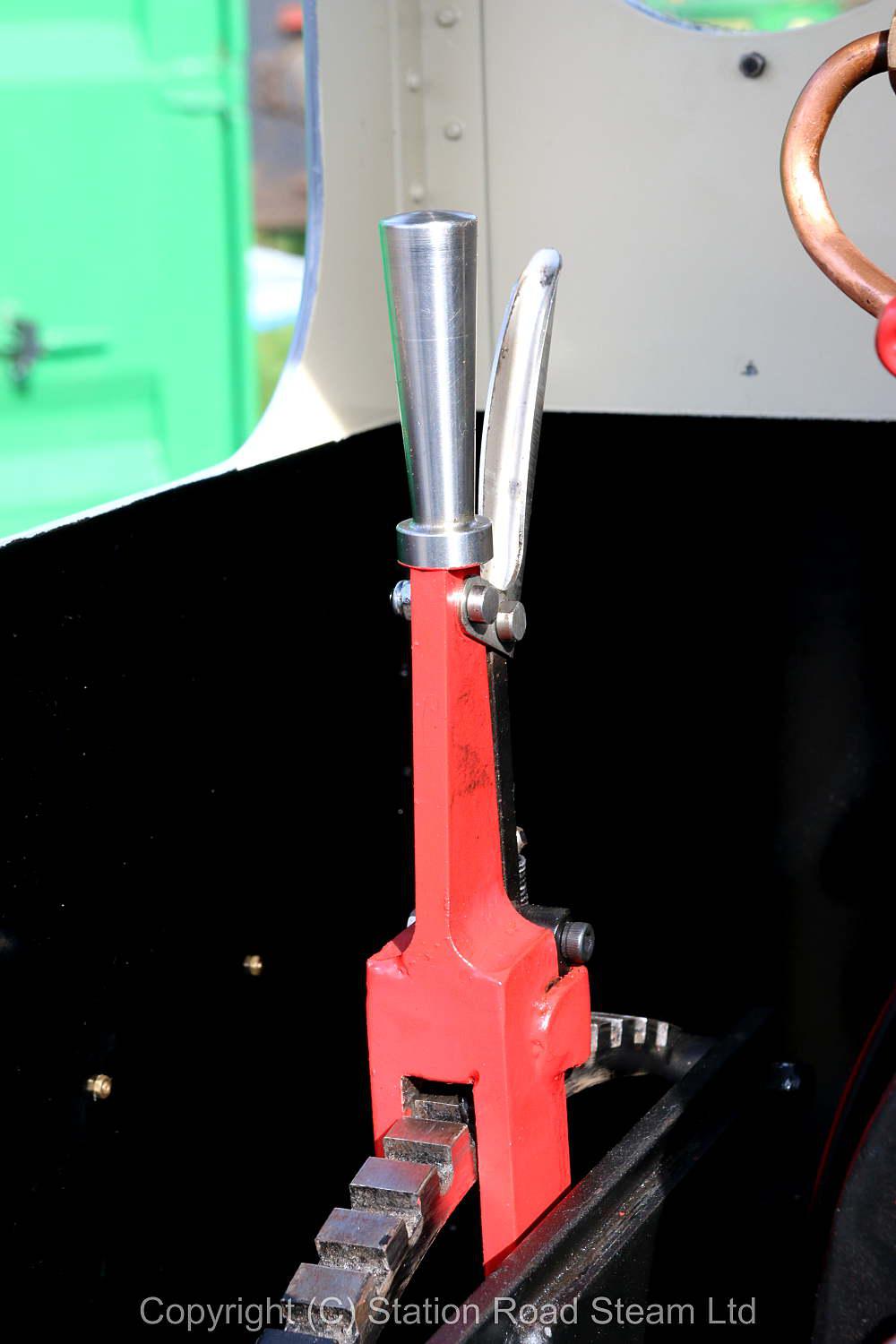 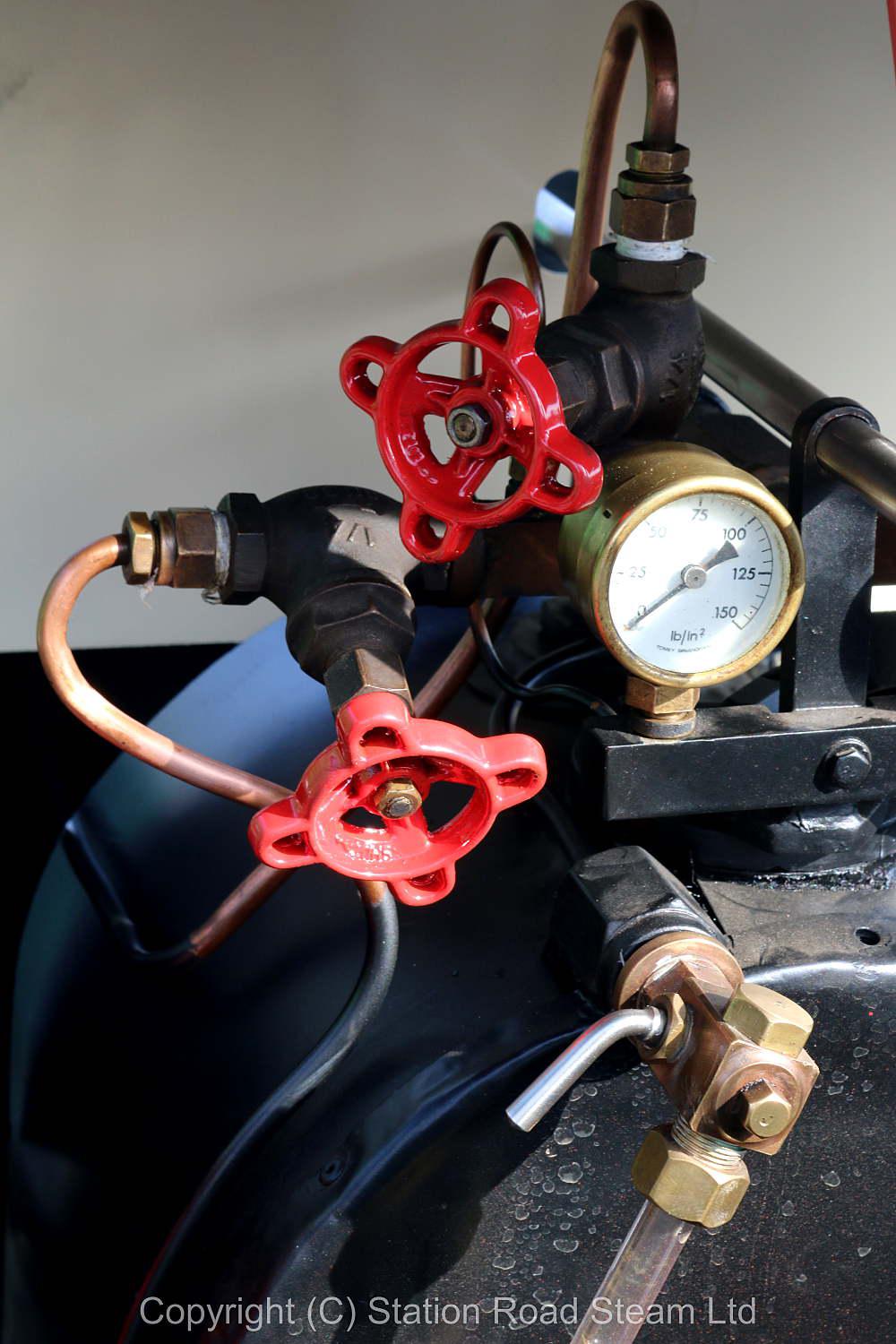 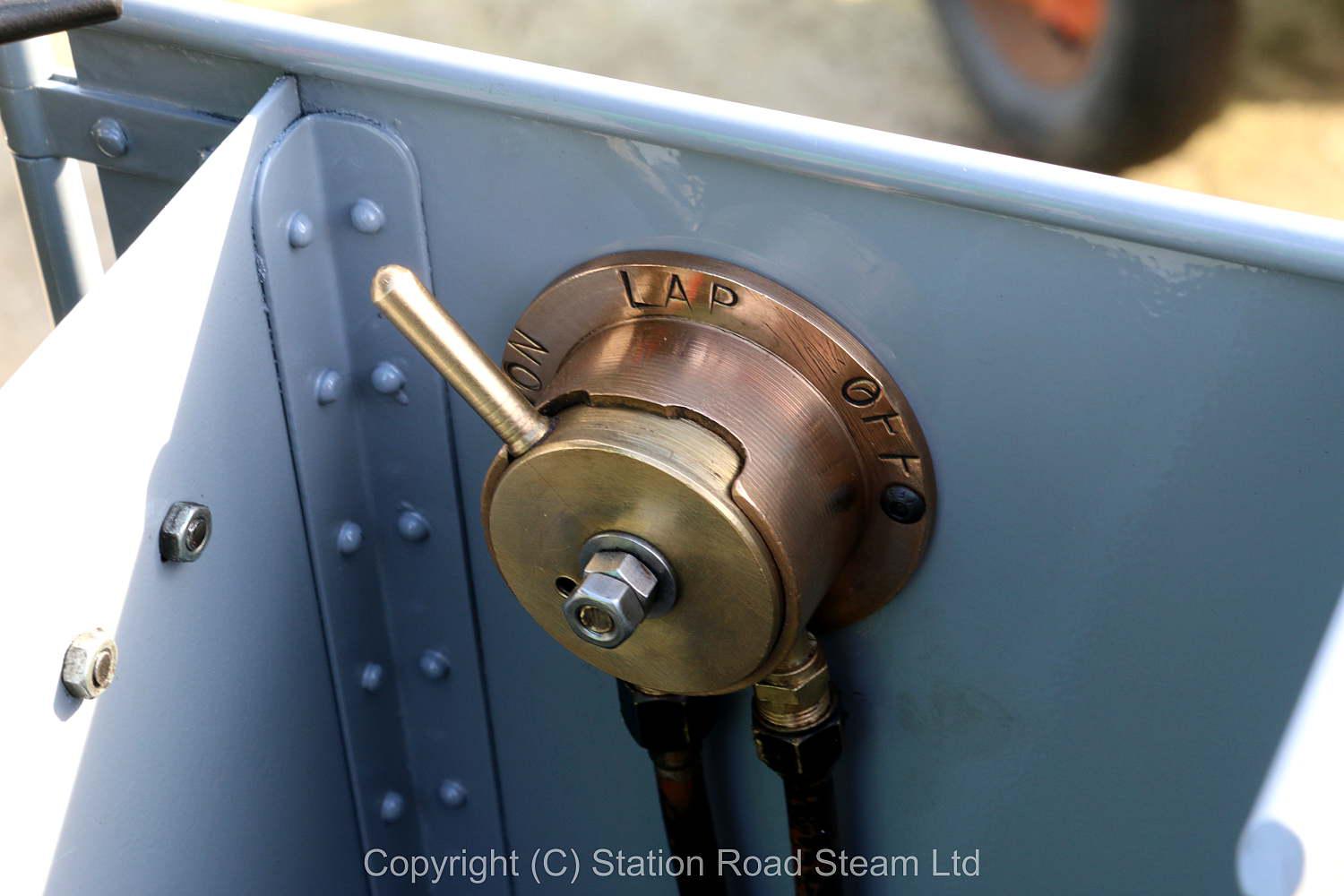 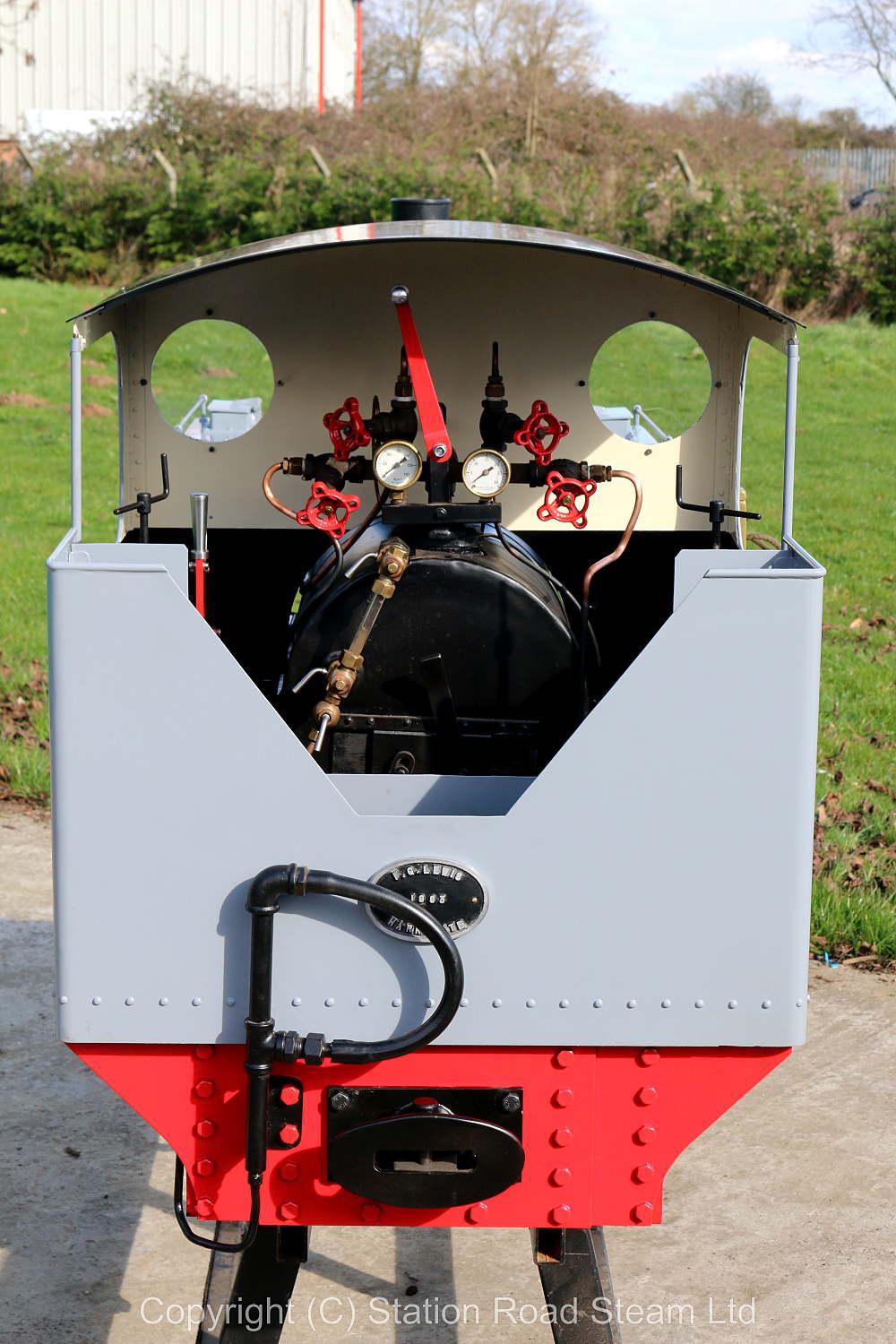 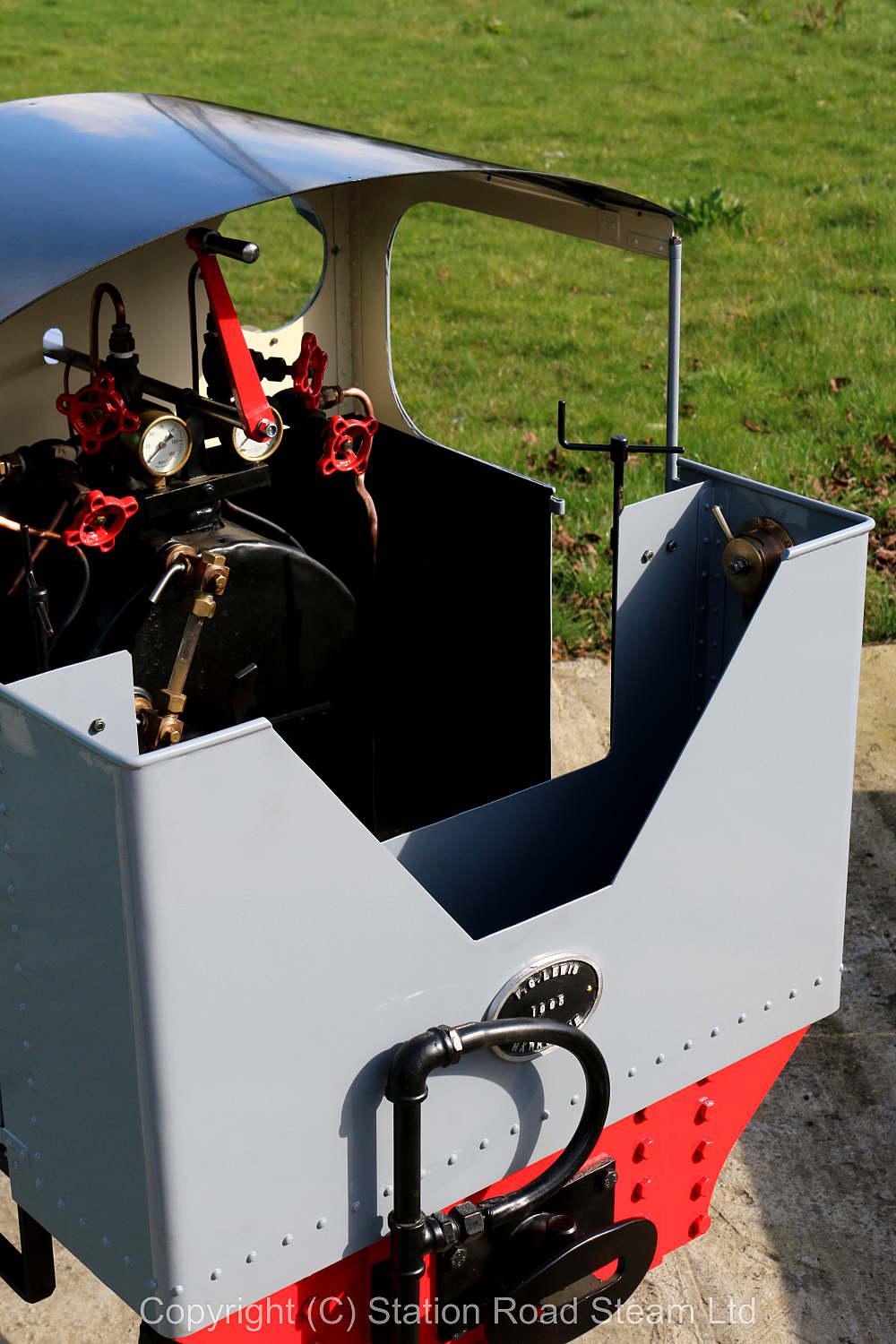 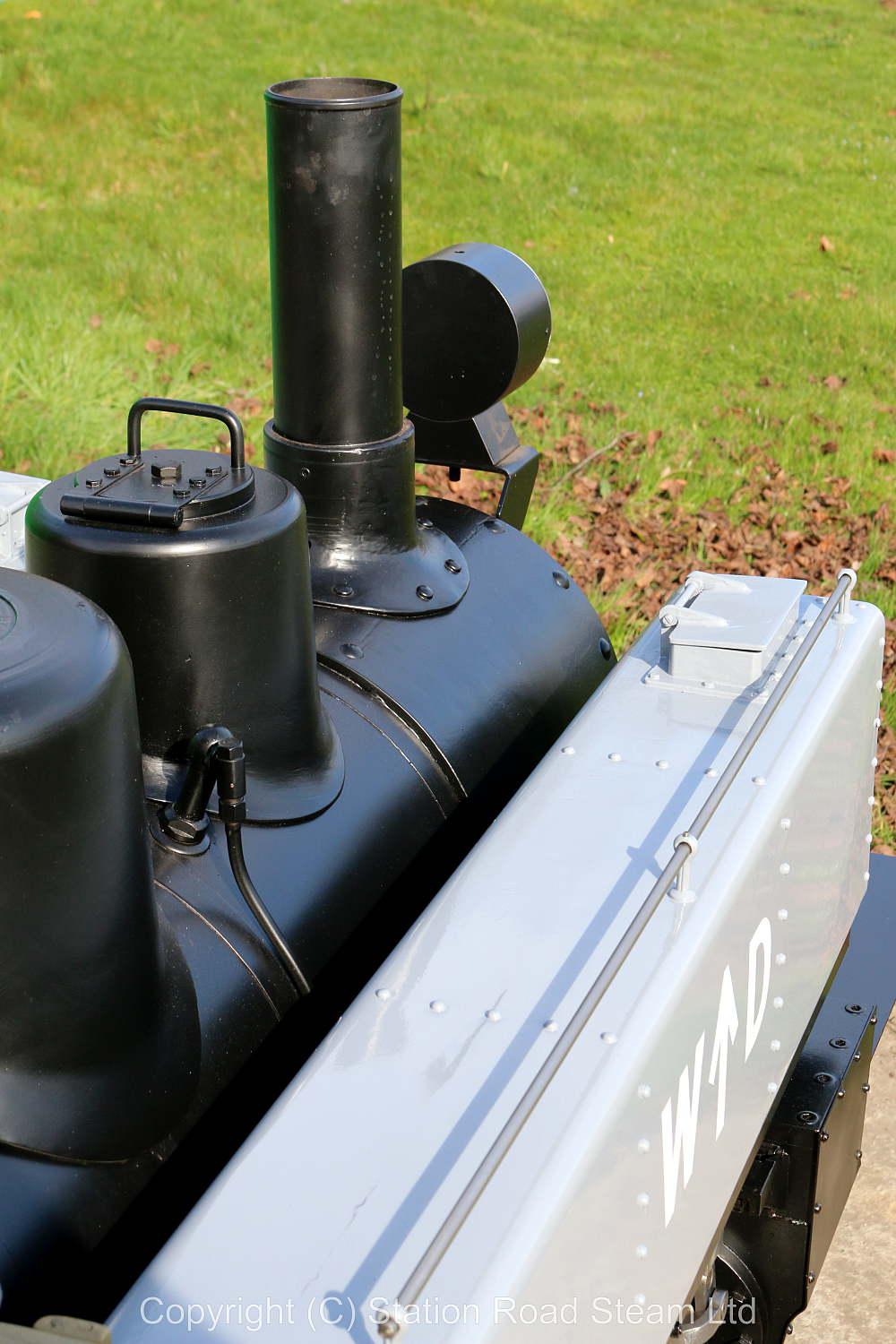 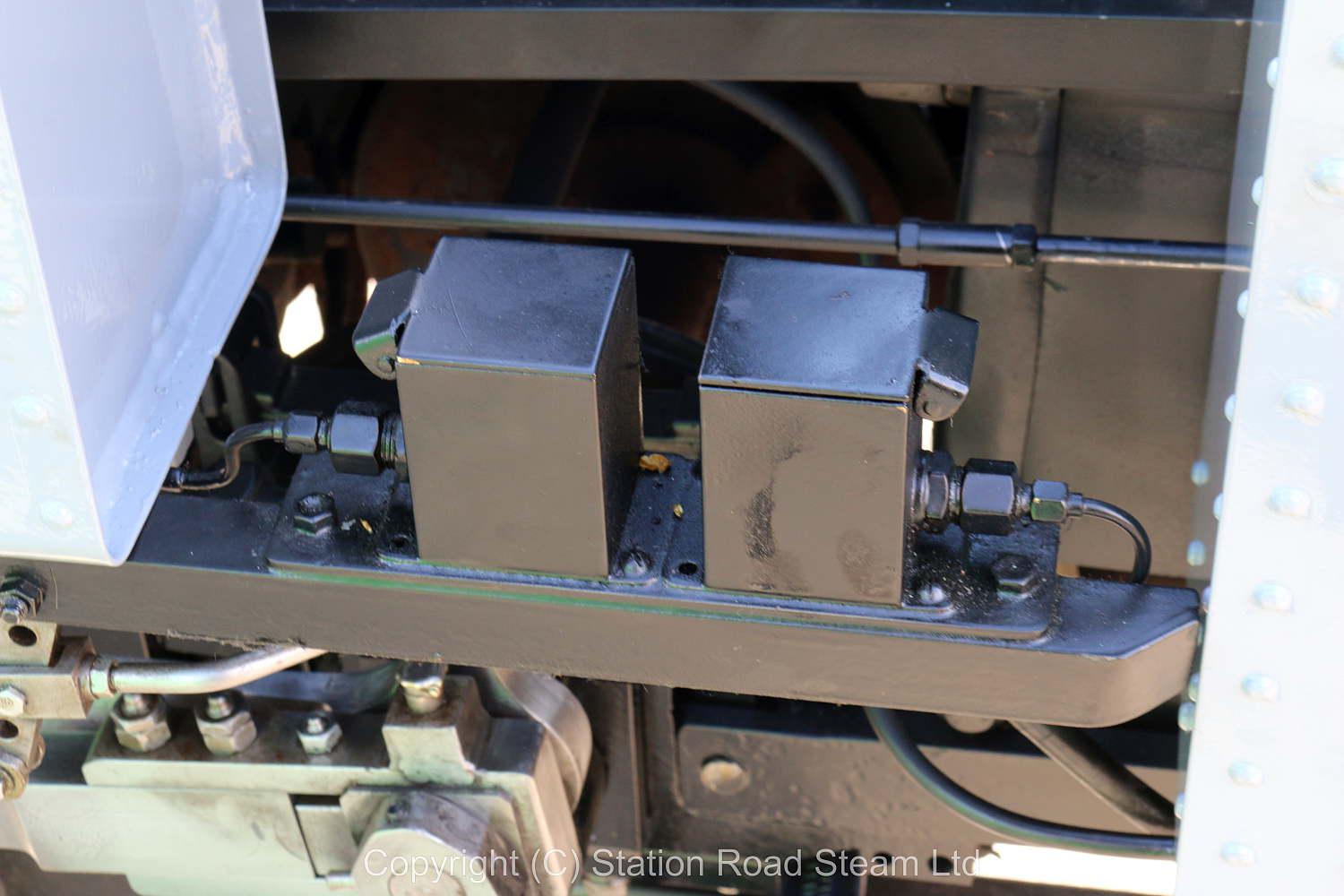 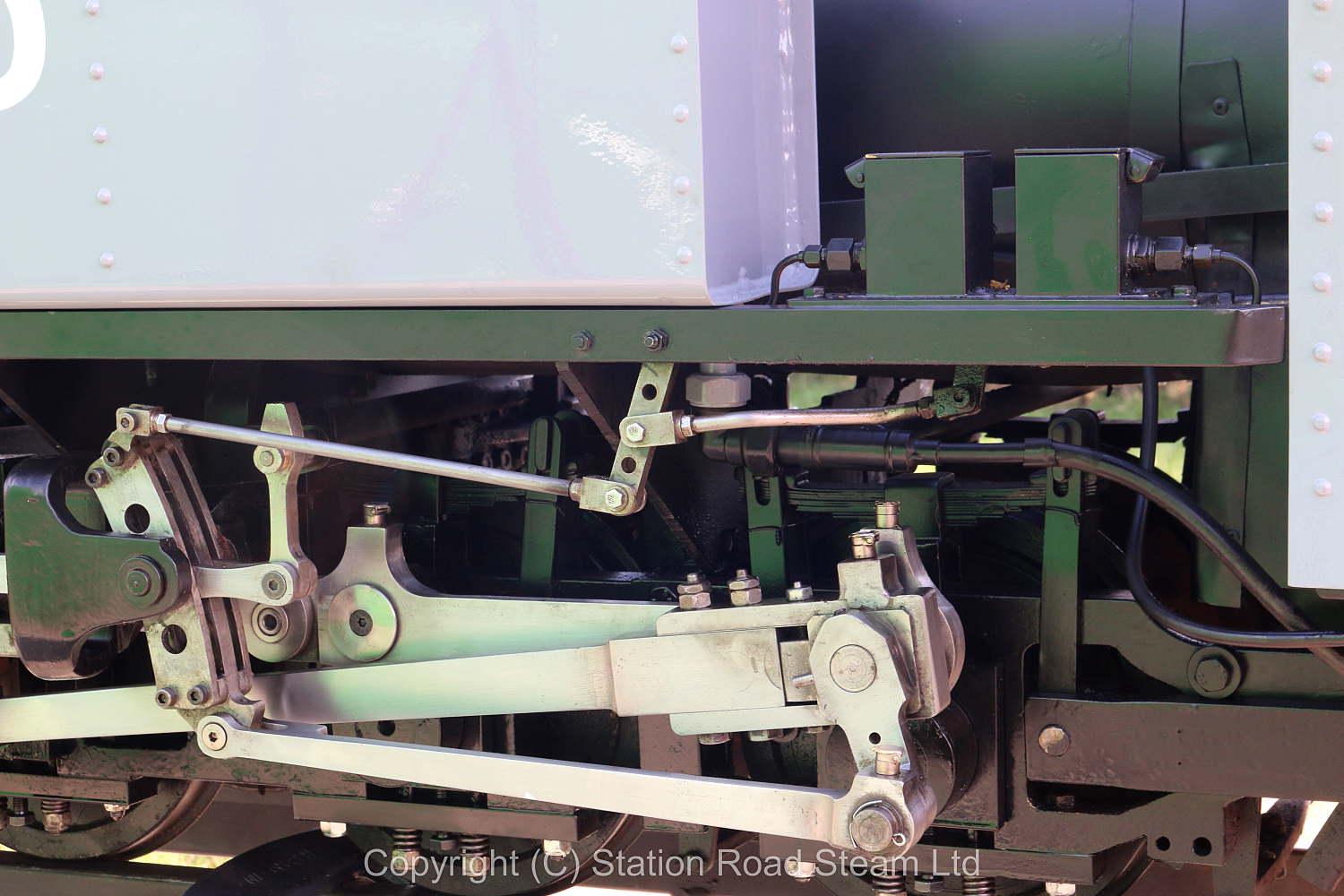 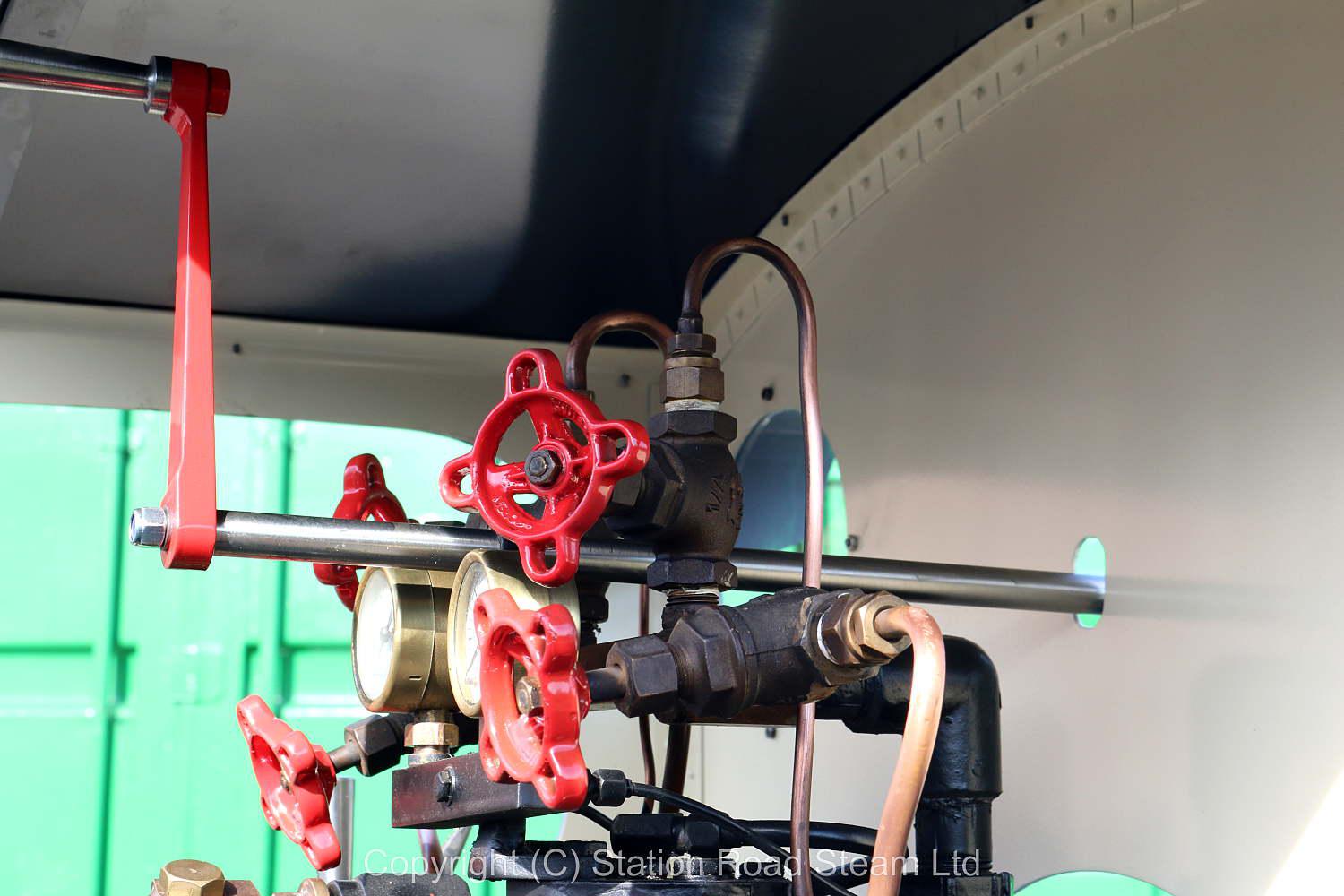 A 7 1/4 inch gauge Alco 2-6-2T, doubled up from Don Young's "Mountaineer" drawings. We bought this one from the builder back in 2014 - those who visited may remember it running at our open day that year. It went out for a run on a private railway later in the year, after which it was put away on a shelf - we had a fancy to repaint into WW1 livery, finding the time to do it was another matter...

Fast forwards two years, the engine has been stripped, the chassis overhauled, cab and tanks have been sprayed in two-pack (same as our Staffords) and then signwritten. It was in steam for the first time this afternoon (there's some video of it here) - it impressed me when I first drove it at the builder's club back in 2014, it's a strong, free-steaming engine.

Rare in this gauge (in fact in any gauge other than 3 1/2 really), it makes for a big, powerful engine: over six feet long, we'd estimate around a half ton in weight.