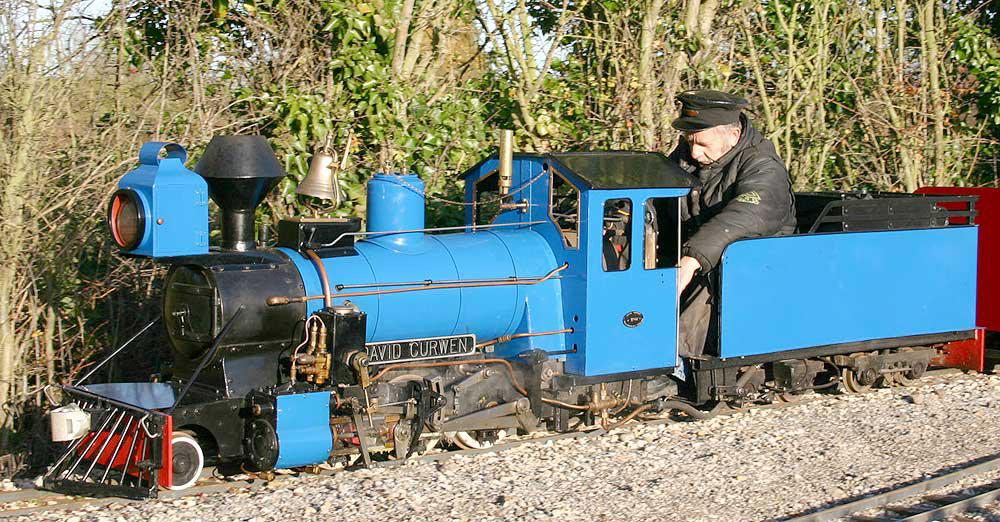 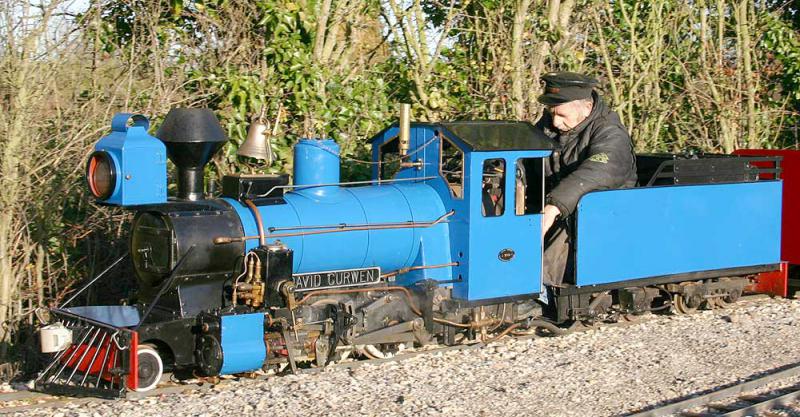 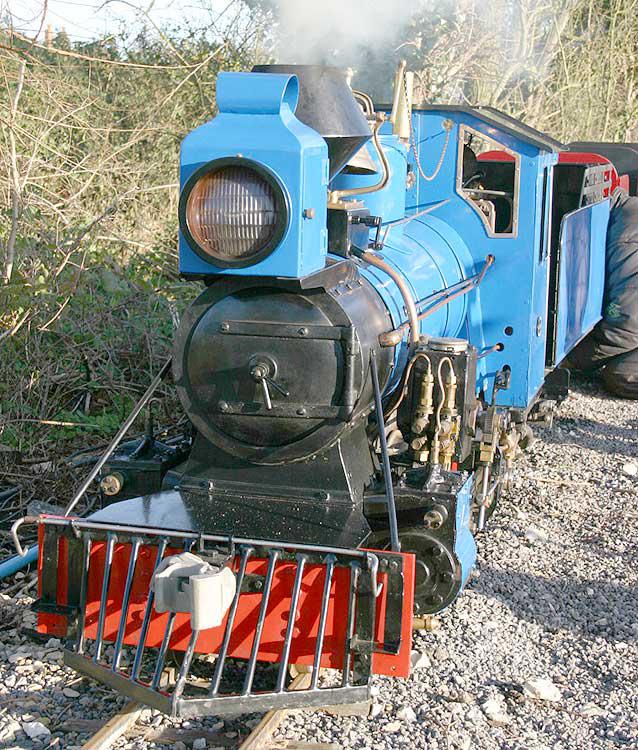 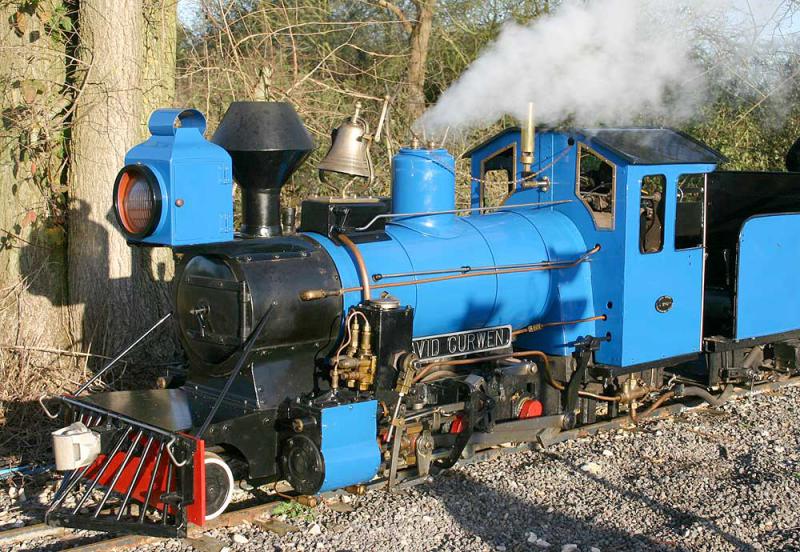 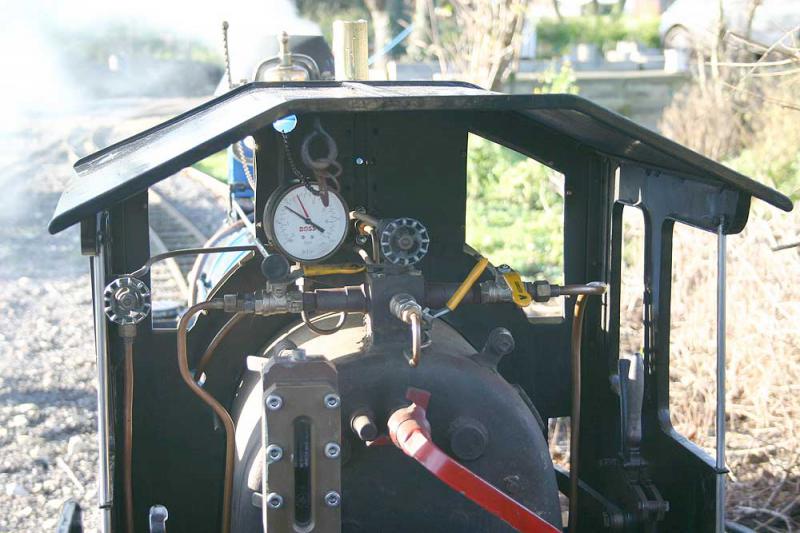 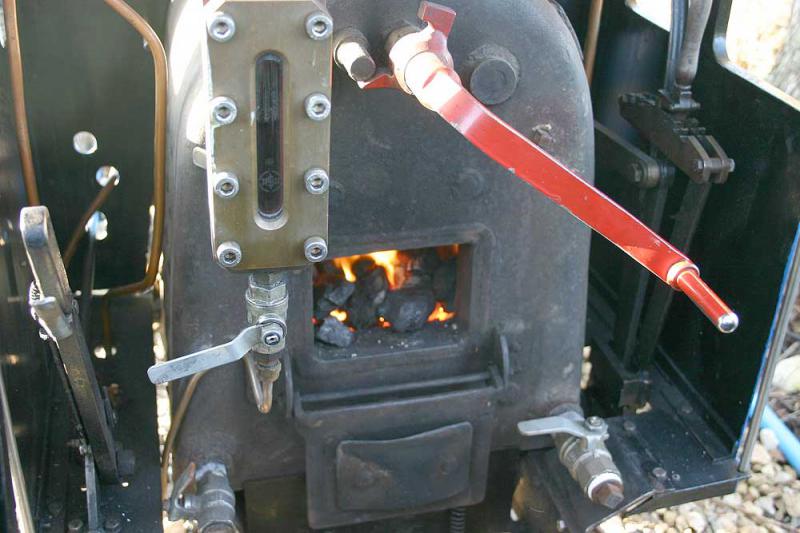 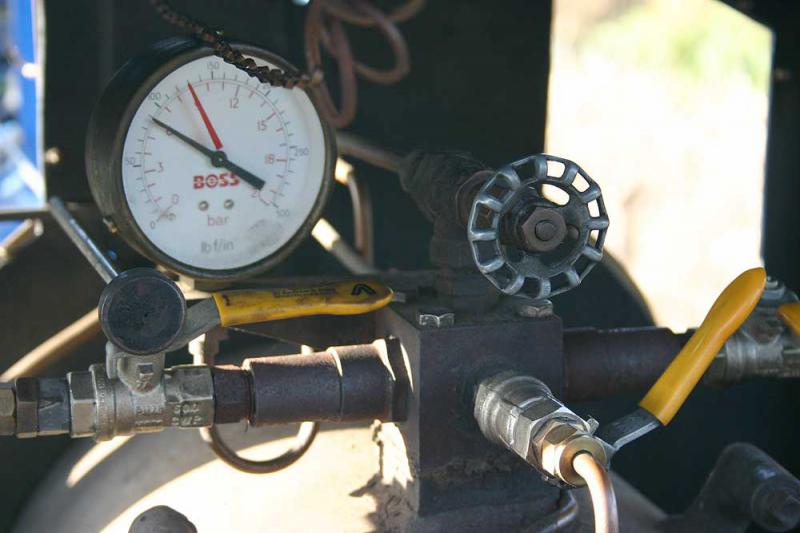 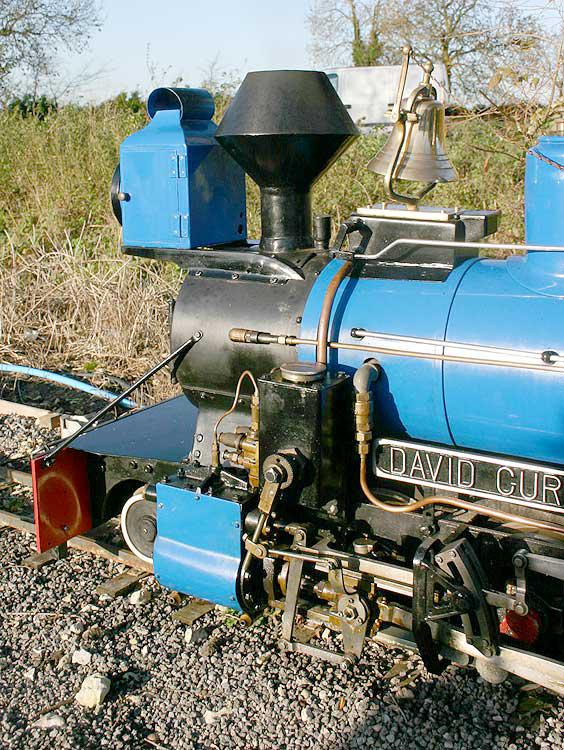 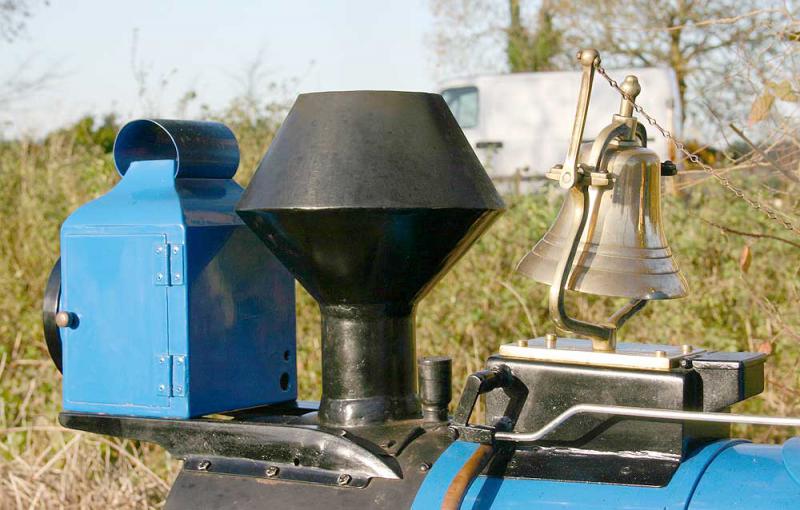 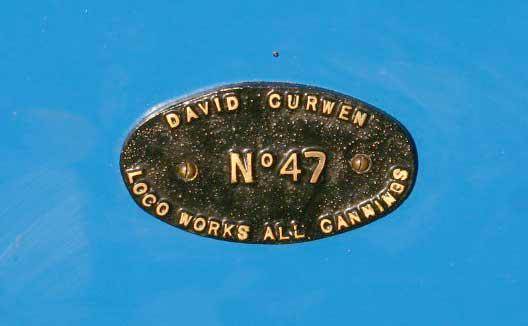 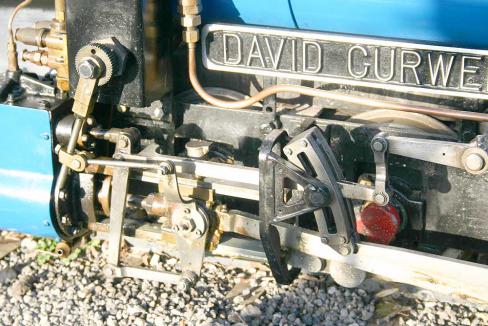 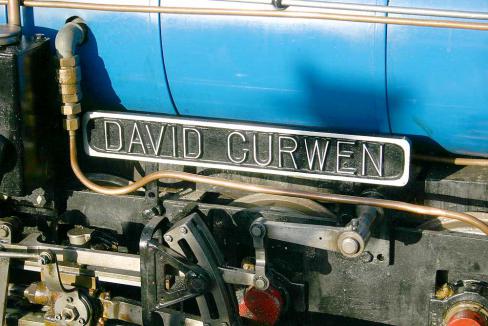 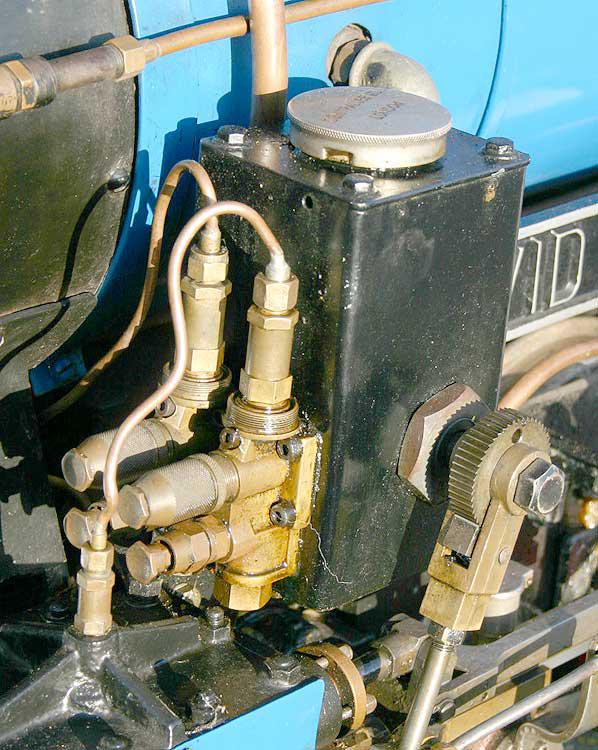 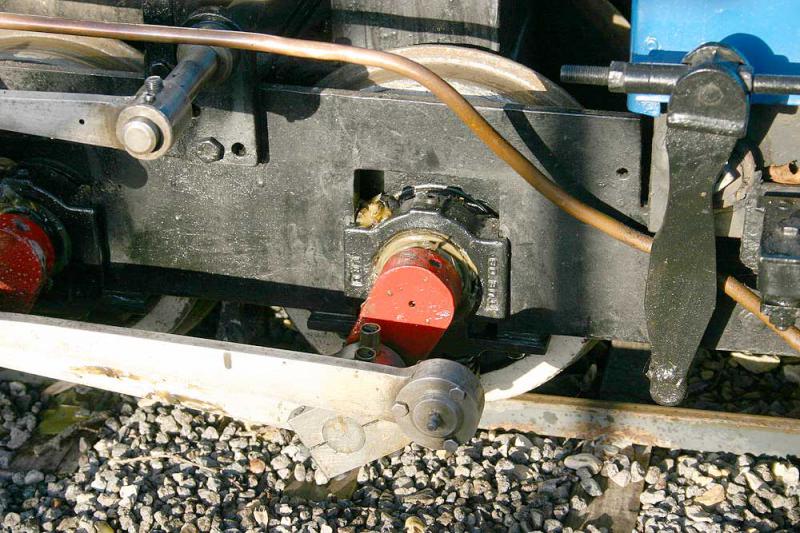 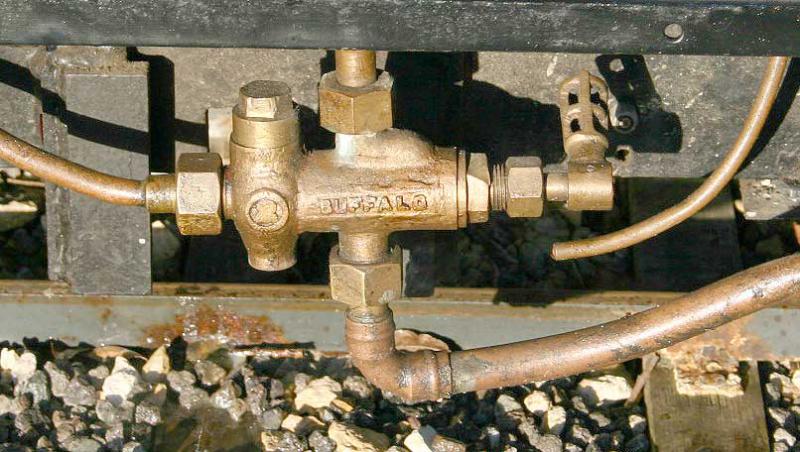 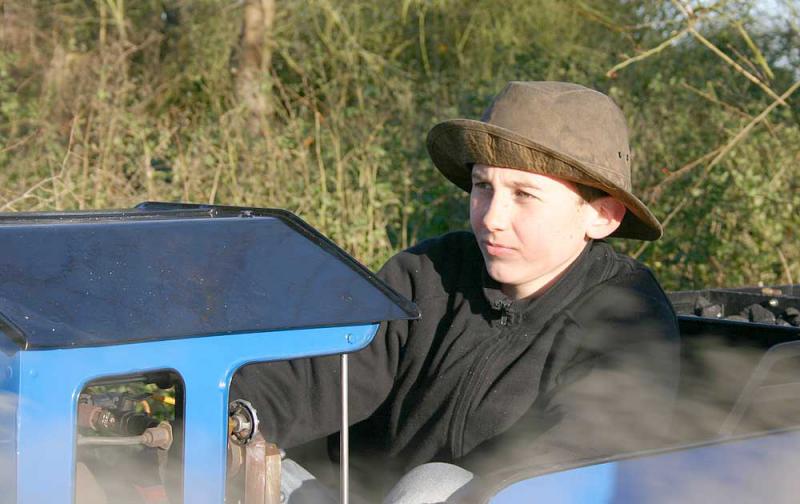 Freelance American engine, originally built by David Curwen for Dobwalls "Rio Grande" railway in Cornwall. It ran for some years there although, with increasing traffic numbers (and they've now carried more than six million passengers) and the purchase of larger locomotives - culminating in the Union Pacific Big Boy "William Jeffers" built by Severn-Lamb - in latter years it has seen little use.

The engine is engineered throughout to a heavy duty, commercial railway standard. It has half inch plate frames with roller bearing axle boxes. The steel boiler has expanded tubes, working pressure is 125psi with feed by a pair of Buffalo injectors. Twin safety valves, American pattern reflex water gauge which is a joy to use - it appear immune from bubbles and shows a clear black column for water level. Slide valve cylinders, Walschaert's valve gear with pole reverser in cab. Steam operated drain cocks (if you watch the video carefully, you'll see Casey Jones close them just after leaving the station, they're operated by a wheel valve on the left hand side of the cab). There is a full-size mechanical twin ram lubricator on the running board, looks to hold about half a gallon of oil at a filling.

The tender runs on a pair of roller bearing bogies, there is an air pump driven from the leading bogie with brake reservoir cylinder mounted on top of the tender - the rear buffer beam has an air fitting for train brakes.

It goes very well - we ran it all morning yesterday, with a variety of drivers queueing up for a go. Sam drove it and found it most comfortable, rather remarkably his 6' 5" father didn't have any trouble getting his knees behind the backhead either. Nobody resisted playing with the rather fine chime whistle at least half a dozen times per lap, by lunchtime we were all happily talking about Johnson bars and side rods as if to the Wild West born...

David Curwen has been one of the huge names in miniature railways for the last half century - at 93 he is still, happily, busy in the workshop. If you visited any commercial miniature railway since your childhood, almost certainly you've been behind one of his creations. I grew up in Stamford and was taken regularly to Stapleford Park where he provided not only steam and diesel locomotives but a pair of scale ocean liners as well which carried visitors around the lake. He has just published an autobiography, available from his website (I think Santa's bringing me a copy).