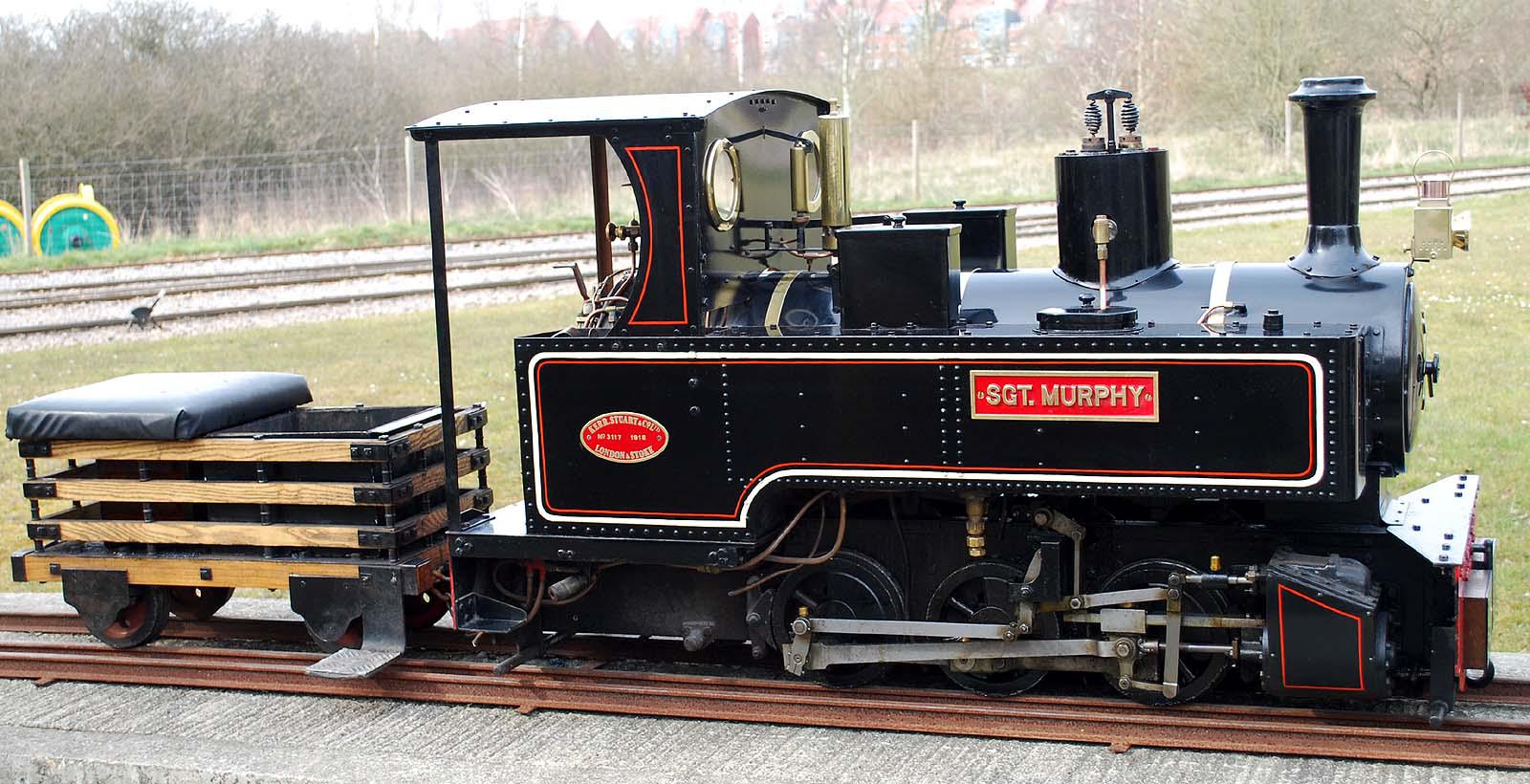 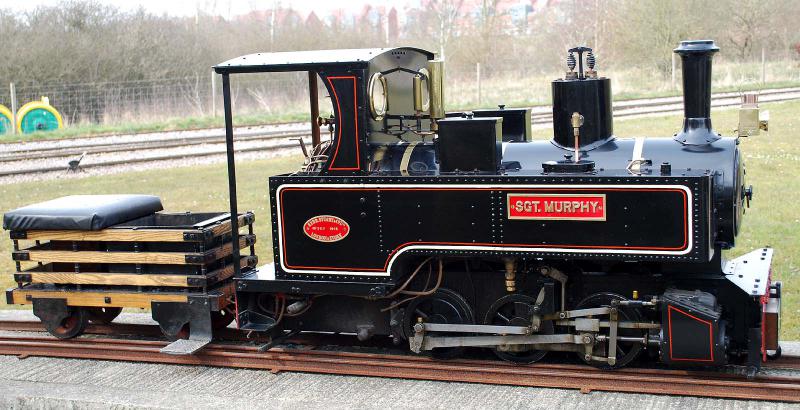 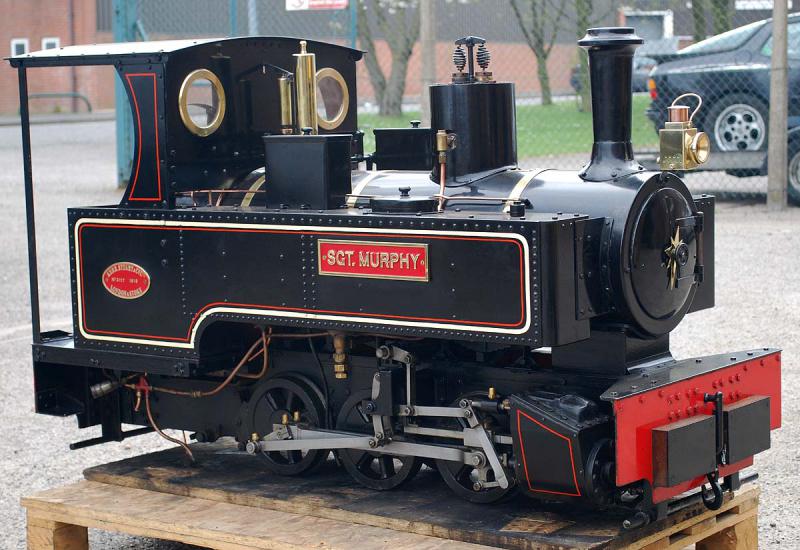 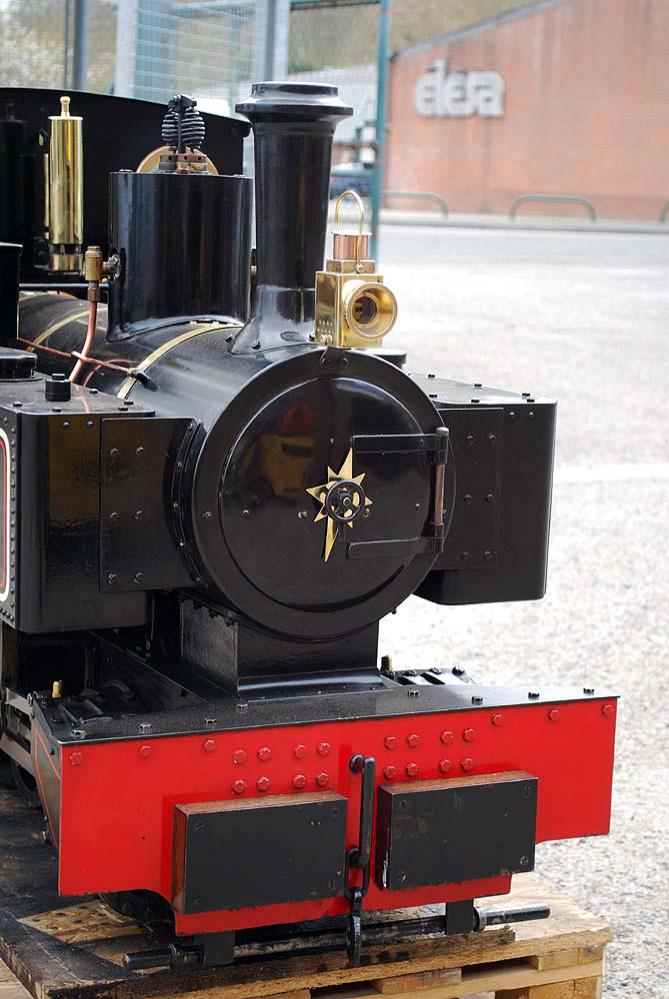 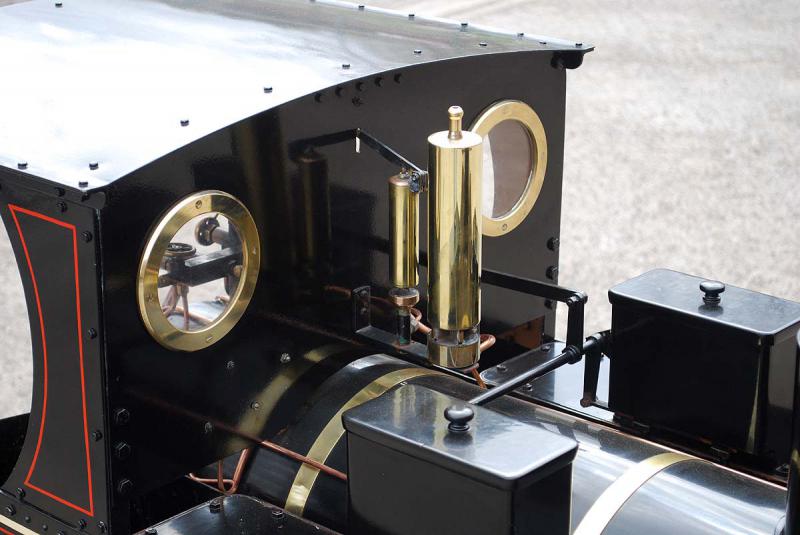 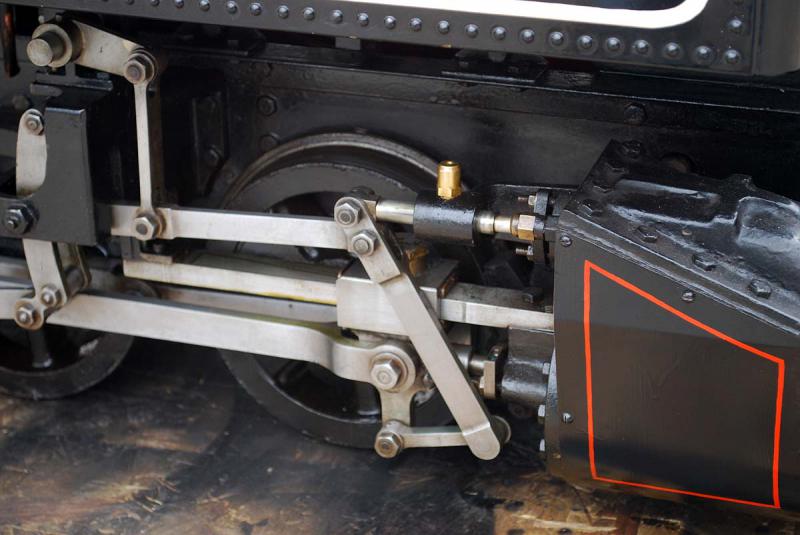 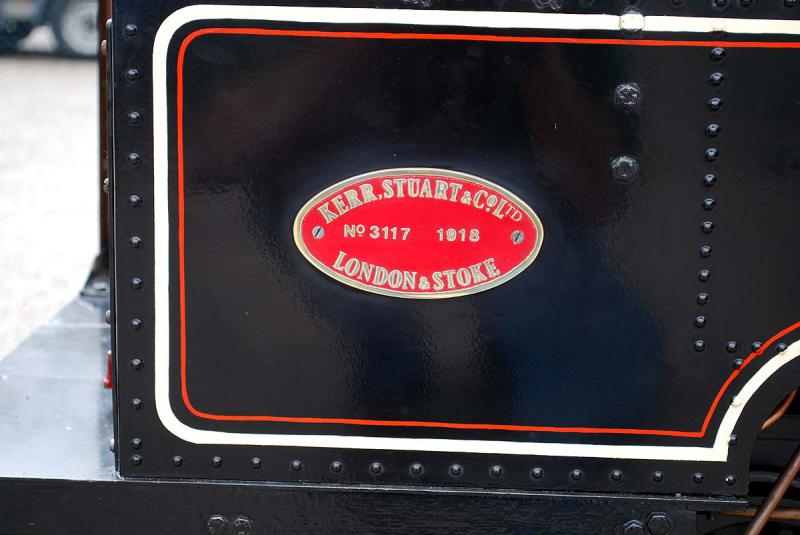 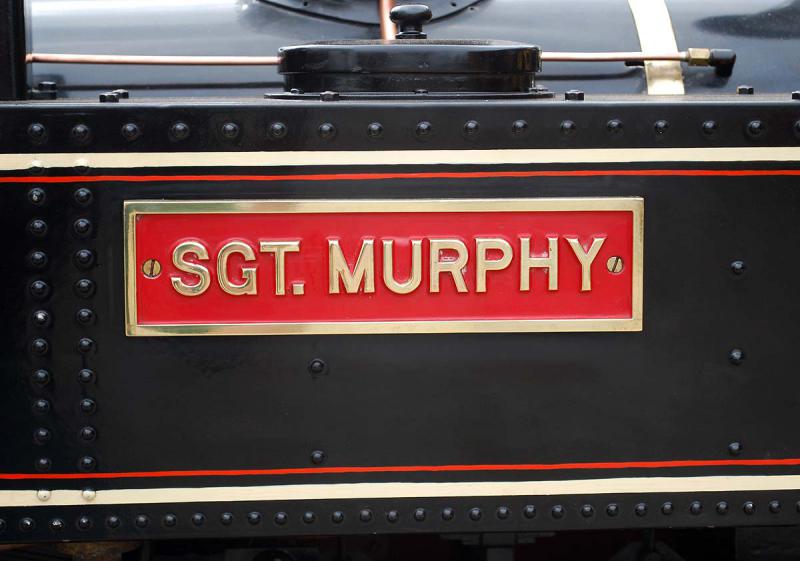 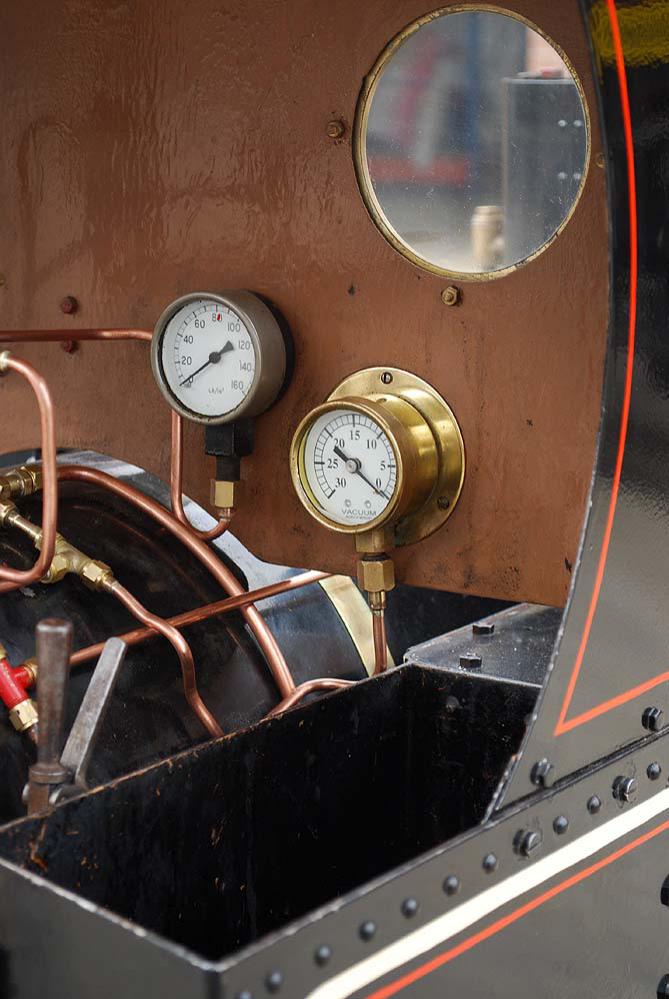 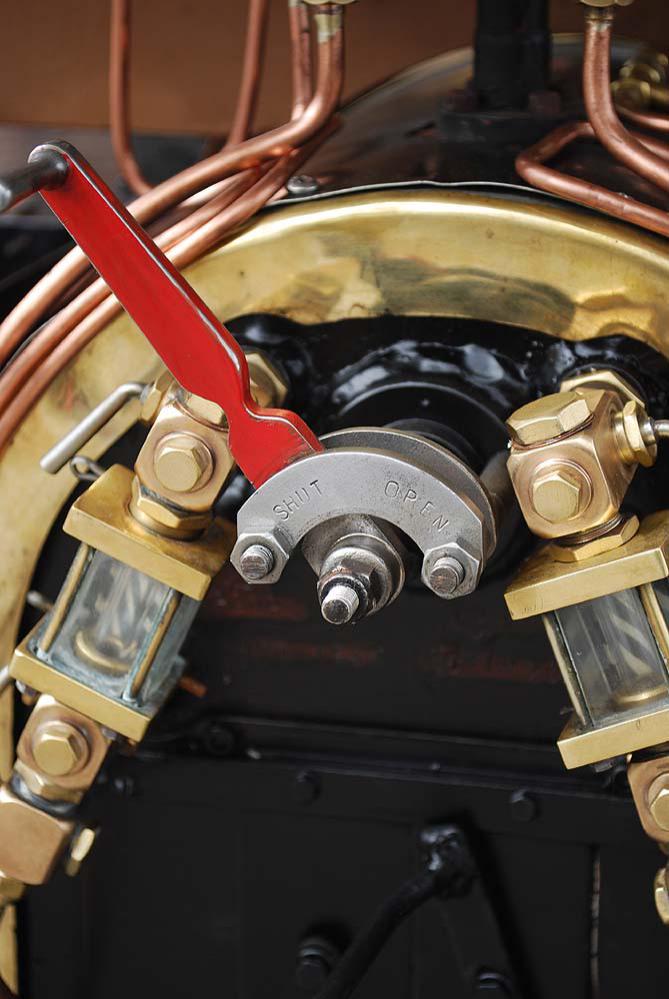 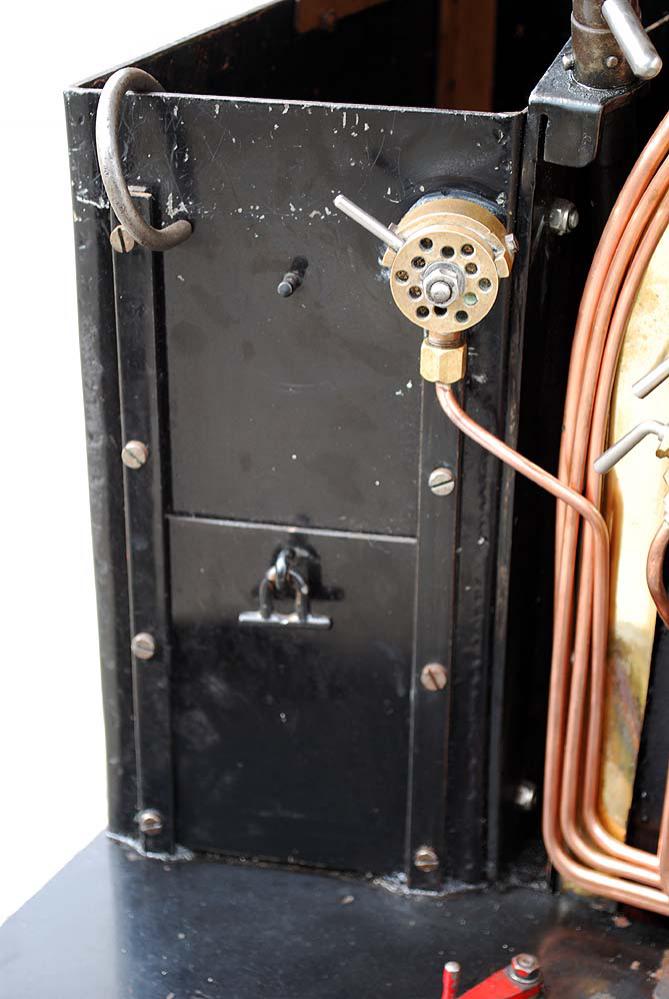 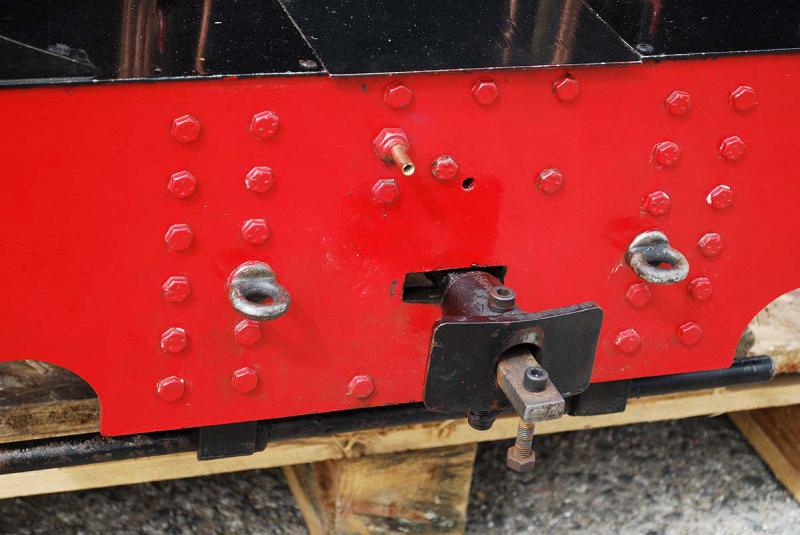 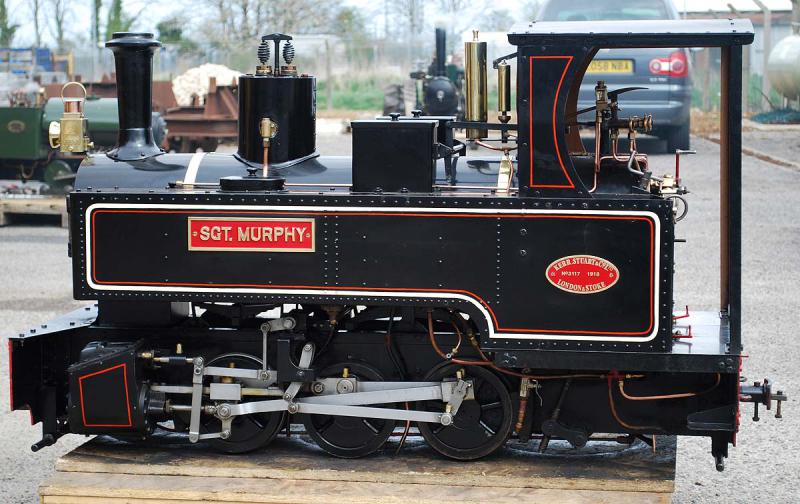 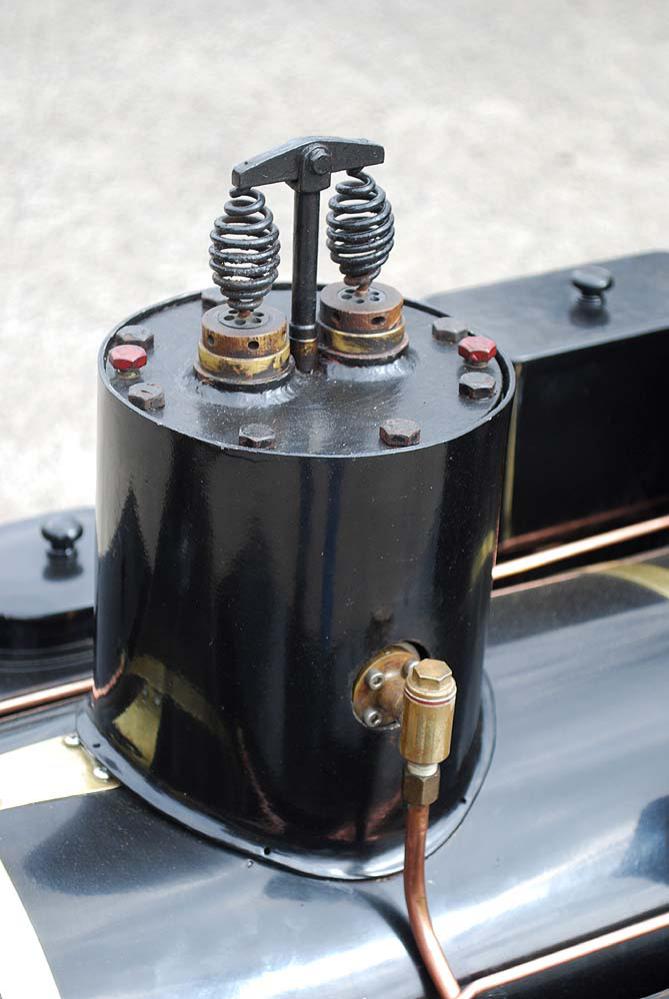 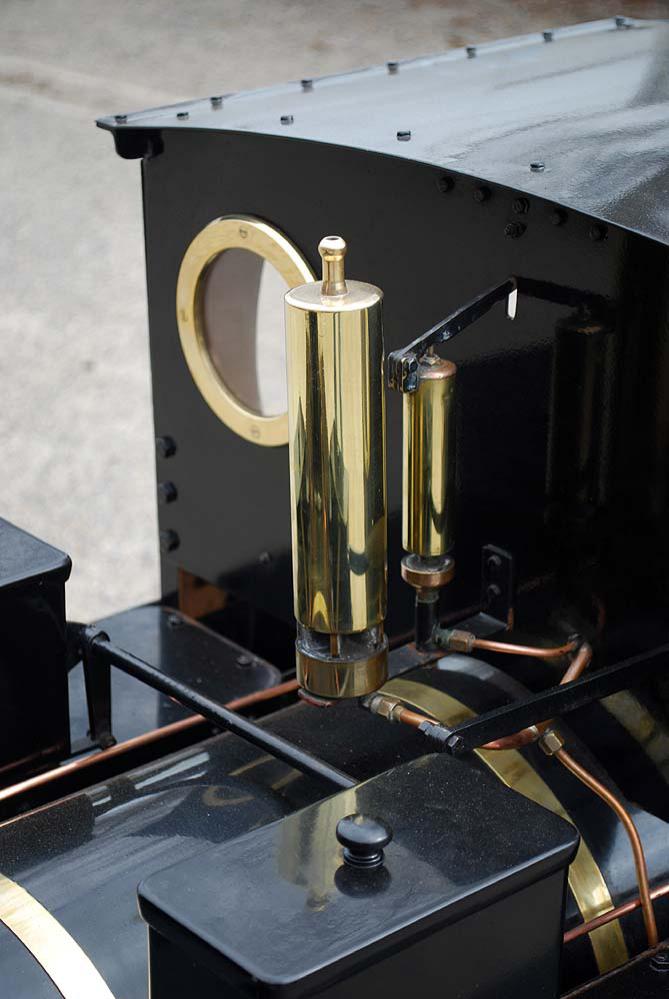 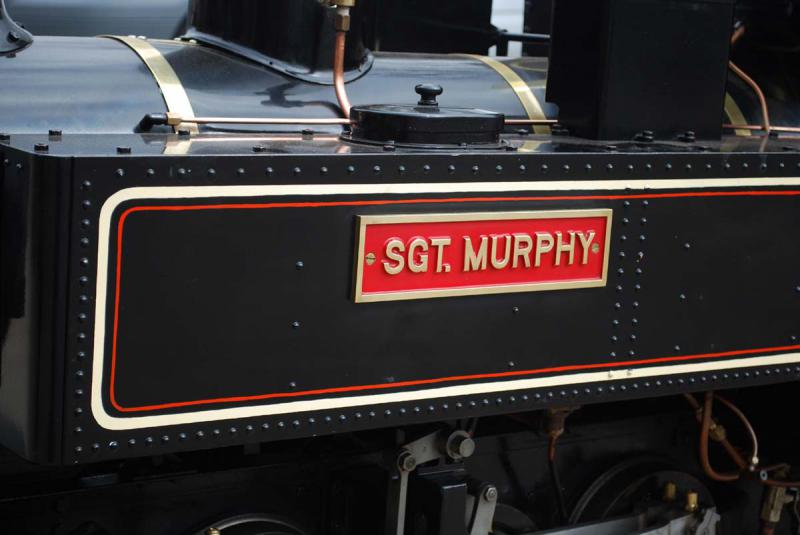 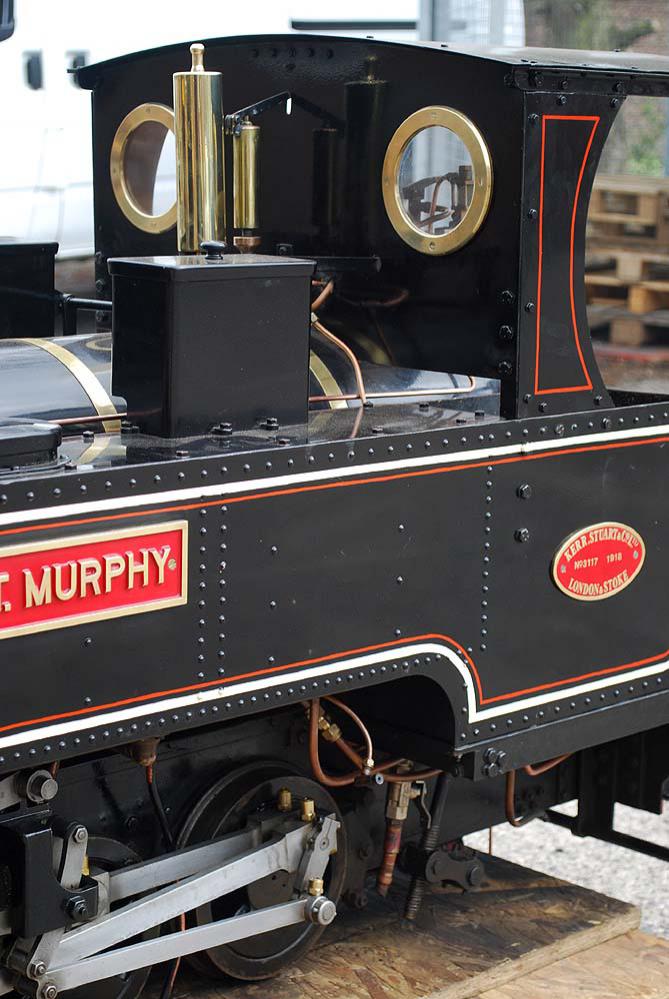 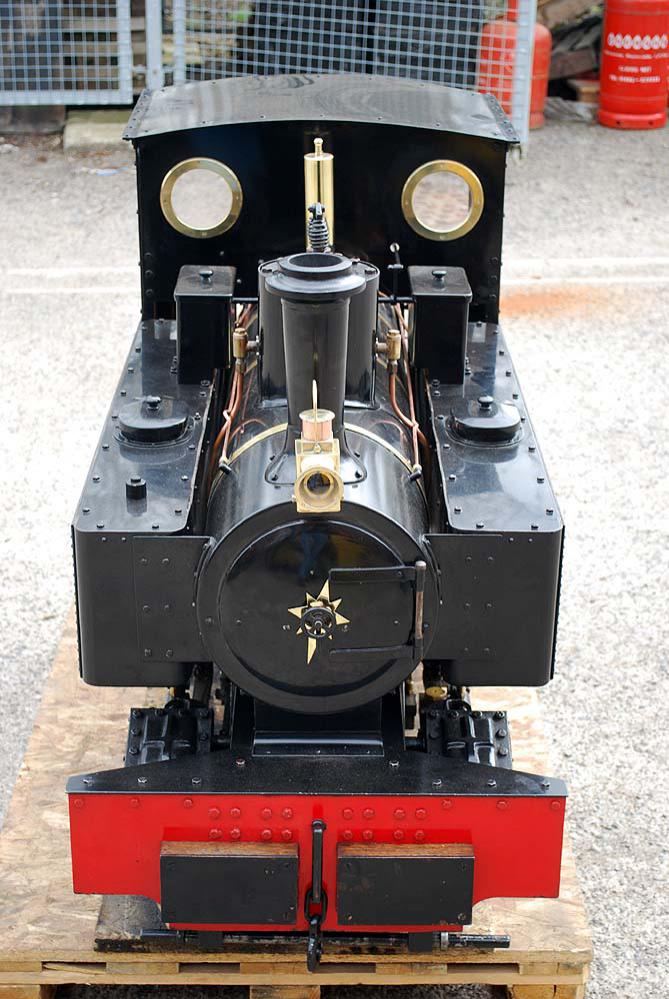 A 7 1/4 inch gauge model of the Kerr Stuart 0-6-0T "Sgt Murphy", the original engine was built at the end of the First World to a Decauville design - it survives in preservation after a long peace time career, initially at the Penrhy quarries where it acquired an unfortunate reputation, turning over and killing its driver in 1932. The engine was rebuilt with the boiler 7 inches lower, which no doubt reduced its centre of gravity but in the process ruined its looks - the model is fortunately based on the original engine.

A large, robustly proportioned engine, "Sgt Murphy" has, in private ownership, been kept at Eastleigh Lakeside Railway in recent times - indeed it was public-hauling there one Saturday last month. Comprehensively overhauled three years ago, it had a largely new boiler and replacement cab - built more accurately to reflect the prototype - before being professionally painted and lined.

The engine goes very well - we had it running on the rolling road for the boiler inspector earlier in the week, there's a clip of it here. It has a potent-sounding exhaust with very crisp beats and a nice whistle (this from a man who usually loathes them on models).

This one would be ideal for commercial use or alternatively would look very pretty on a garden railway (particularly mine, I thought, but Mrs P's having none of it). Complete with a comfortable slate-wagon style driving truck.