September saw me off to the Echills Wood Railway for the 7 1/4 inch gauge society AGM. Adrian Grimmett of the Engineer's Emporium was responsible for organizing the trade stands this year and had roped me in when we met at a boiler conference earlier this year at the Fosse (itself an excellent do, a great deal of information and common sense disseminated in a very down to earth way through a combination of lectures and practical demonstration). He had done his usual thorough job and got together a veritable mini trade show in the car park, much appreciated both by those attending and exhibiting - I had a super spot parked next to the main station, with a constant stream of engines running past, even finding time for a couple of (cold) laps of this most impressive layout.

Not having been before, I did this one as a "mini show", ie: me, a Stafford and a gazebo. This worked fine until the first night. I'd decided to sleep in the van - partly because everywhere roundabout was booked up, partly because our insurers would look dimly on a £10 000 engine being left in a gazebo overnight should it go missing. In theory - good. In practise - not good. Woke up at three in the morning, li-lo deflated, crick in my neck and three degrees outside. Never again! When Alan Barsby (of MJ Engineering) casually announced the following day that they'd had a great pub meal the night before at a place nearby which had rooms available that night, I didn't need to think too long about it before throwing the engine in the van and making for a shower, pint and open fire that evening with Alan and others.

All in all it was an excellent do, a very relaxing three days which felt far more like a holiday than work. 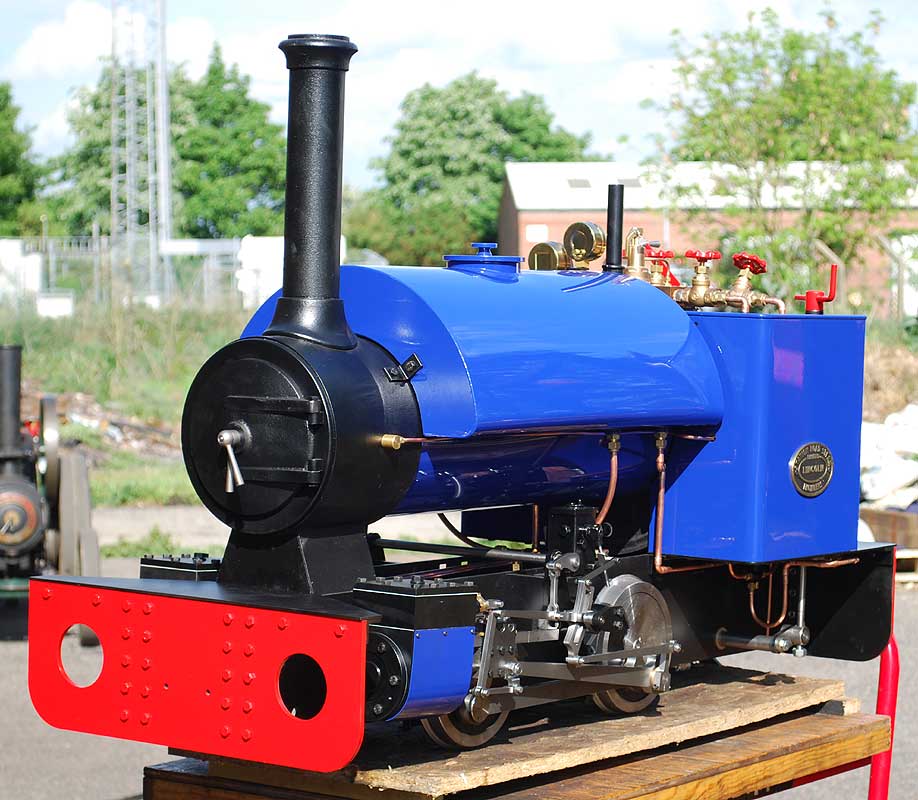 It turned out to be a good few days for Stafford - the day I left for the AGM we had a chap from America visit us at the workshop. We'd already corresponded by email about a new engine for a railway he's building, having seen our offering "in the metal" he placed an order there and then - this will be the first Stafford (although by no means the first, or even largest, engine) we've air-freighted to the USA, this one going to Kentucky. The next day, at the AGM, we took another order for an engine for a private railway close to the EWR - by coincidence both engines will be in blue (although different shades), the first we've done in this colour.