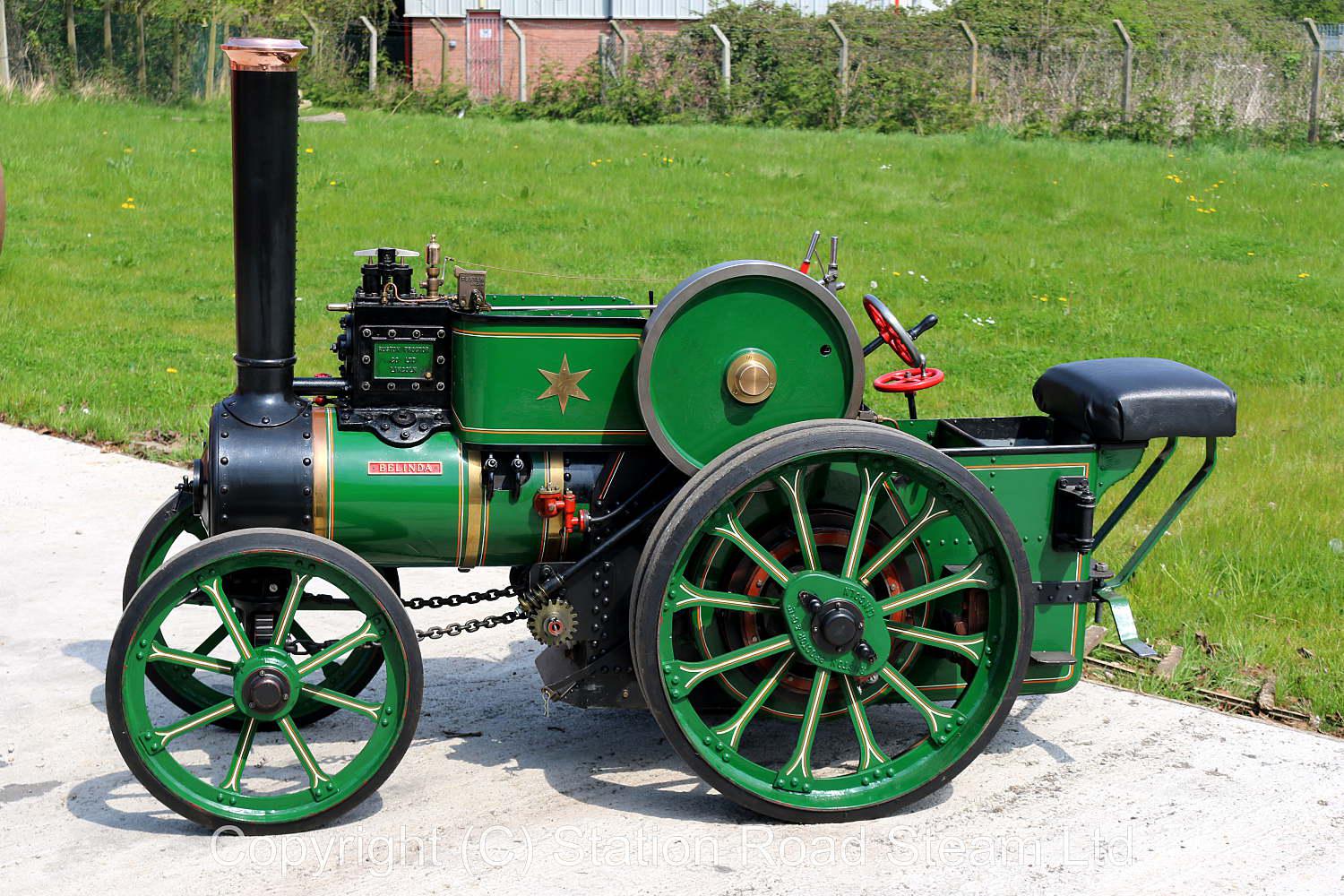 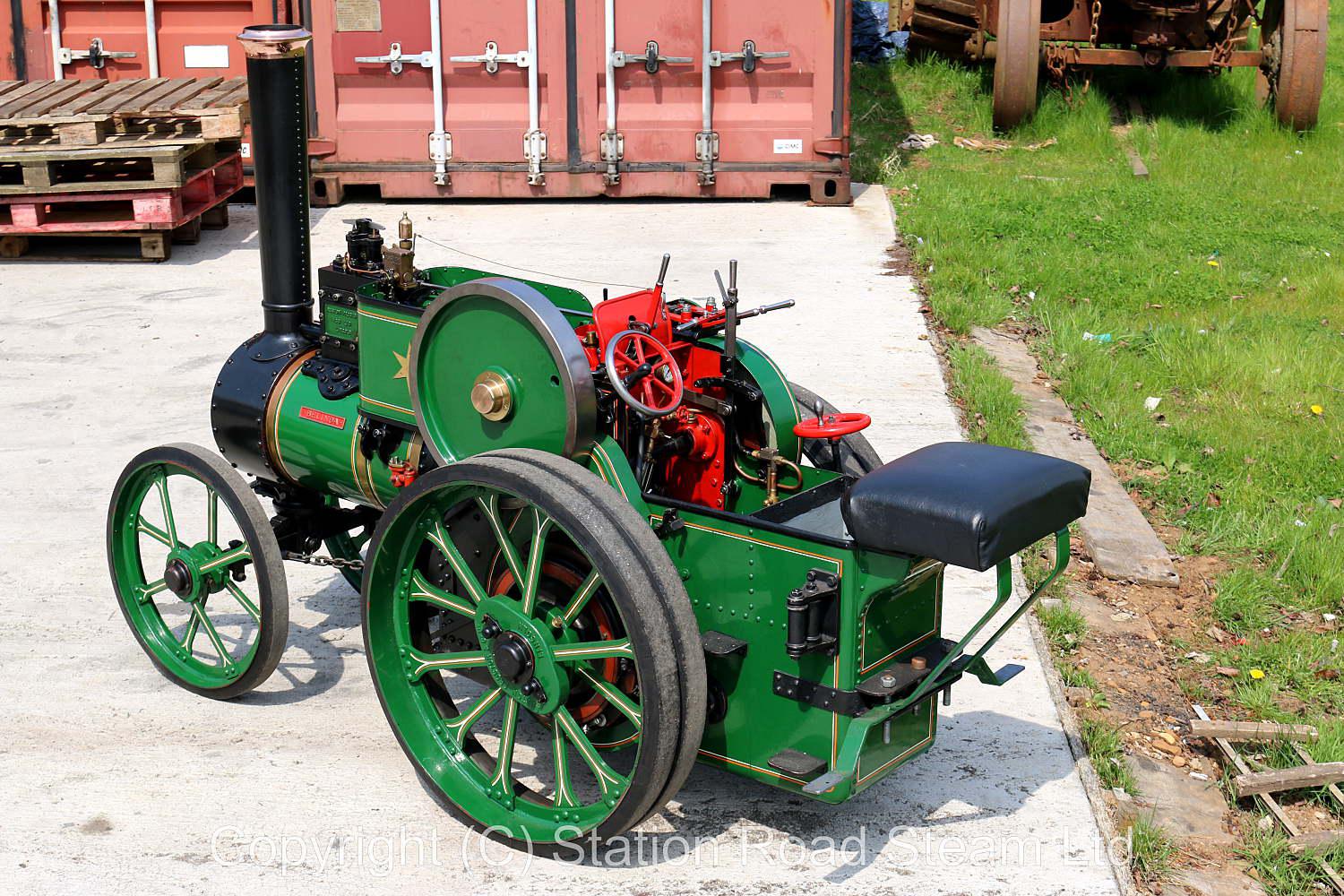 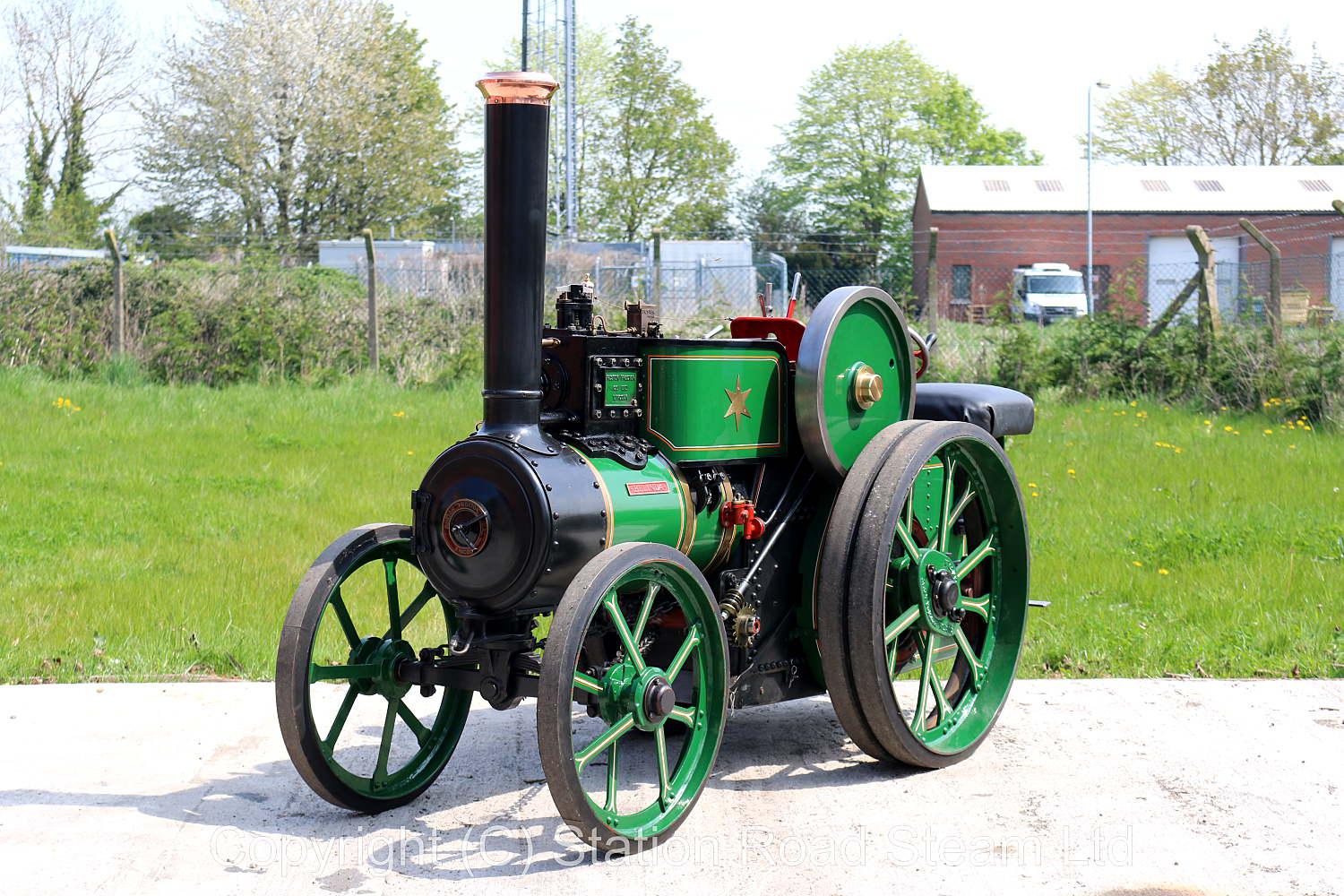 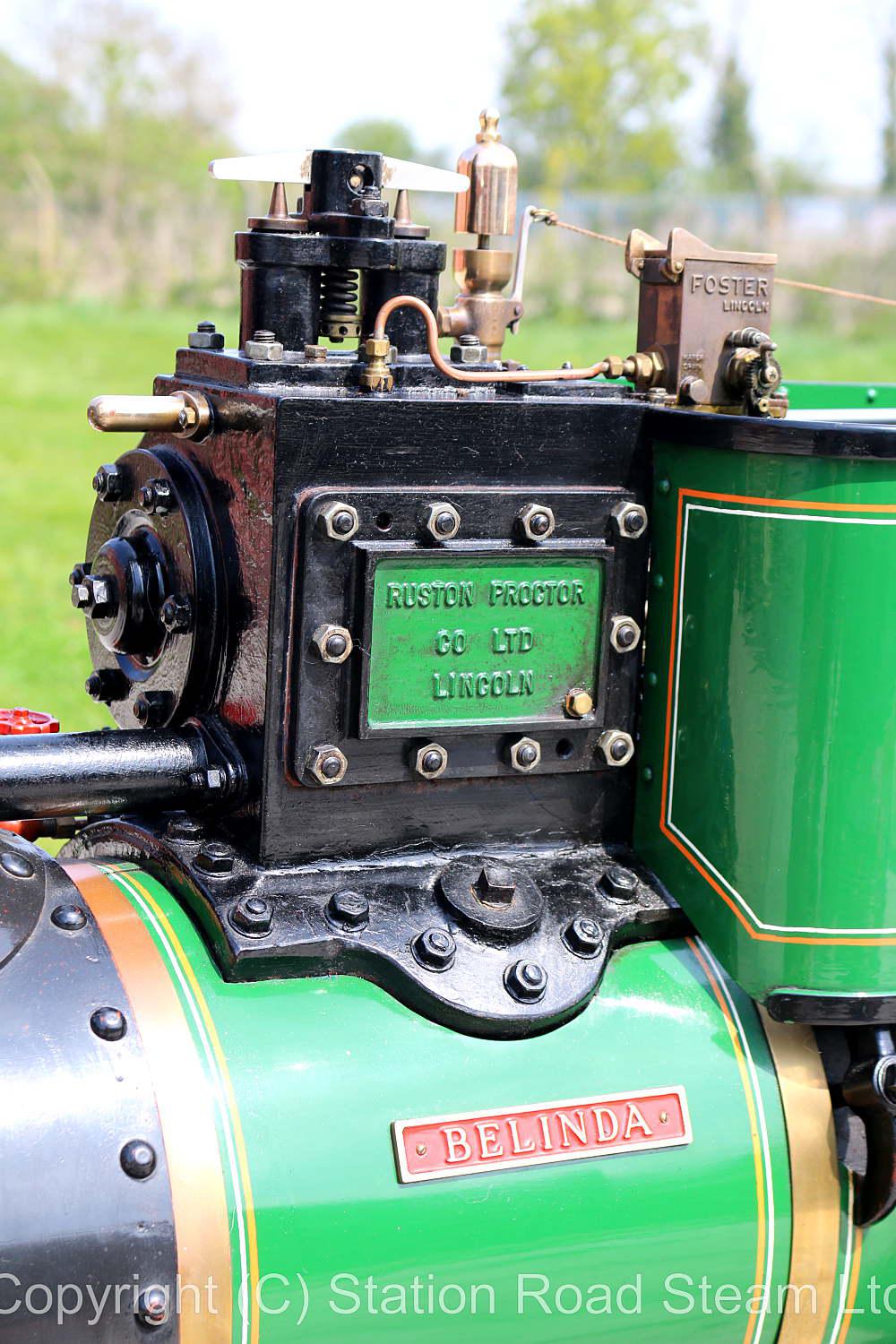 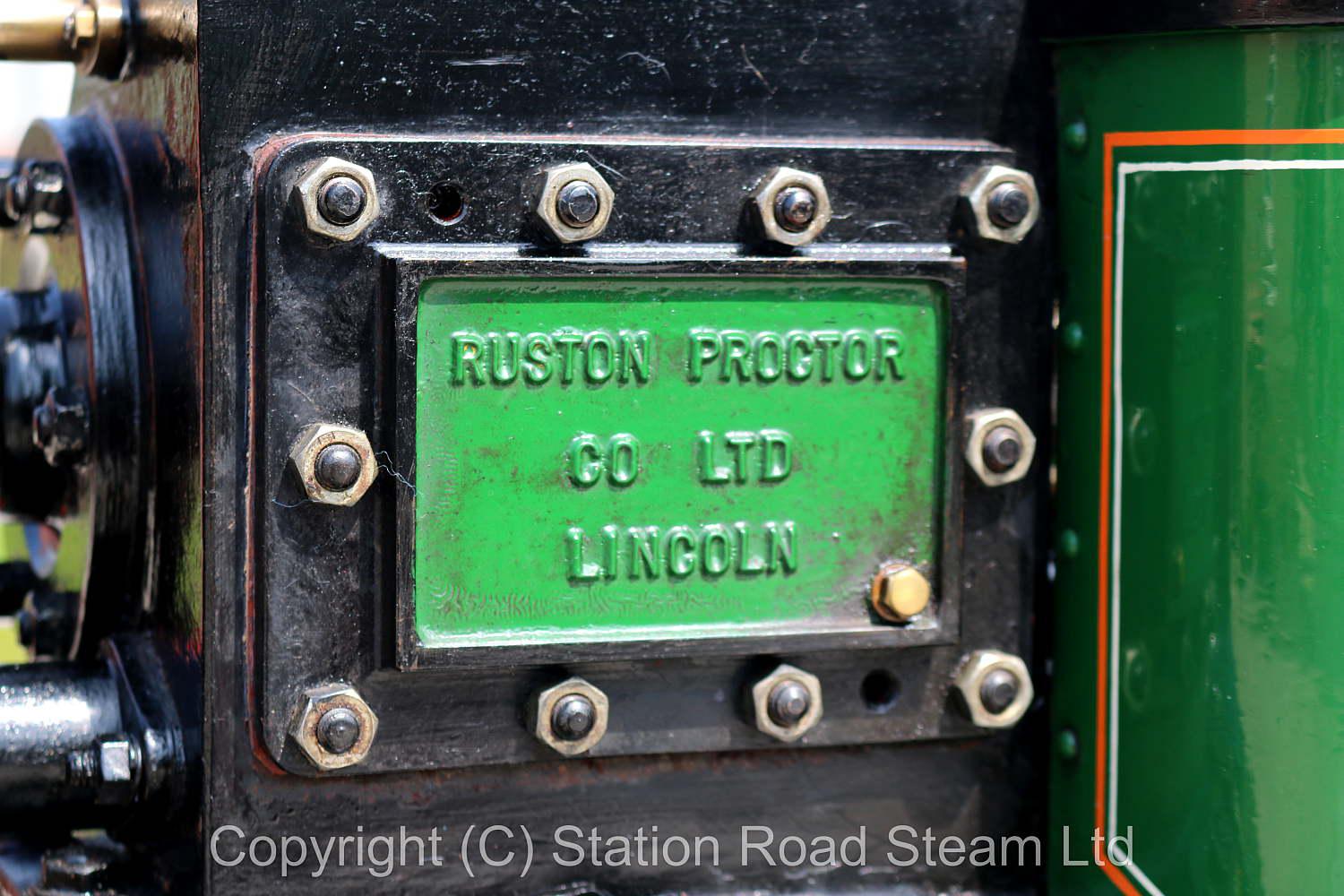 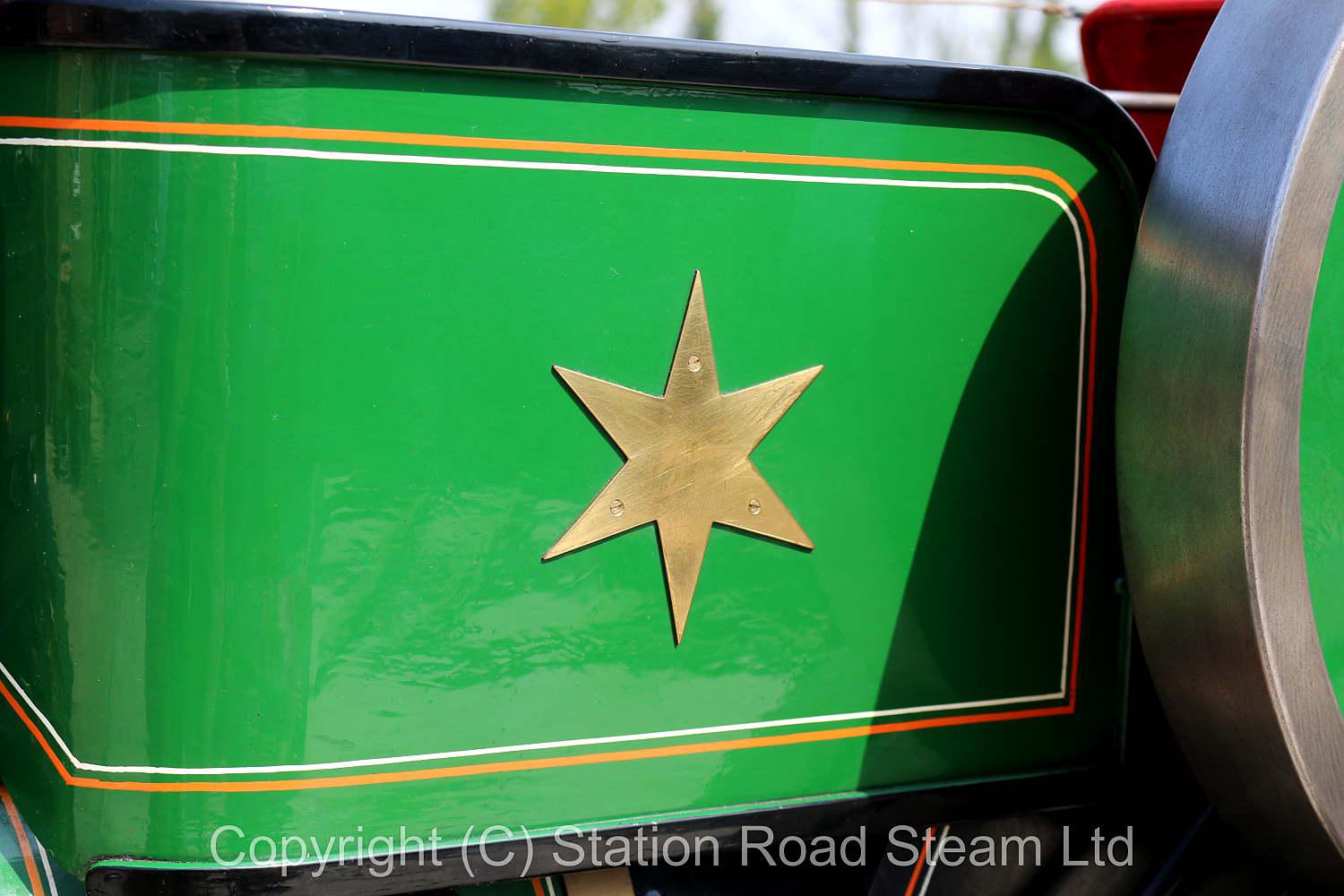 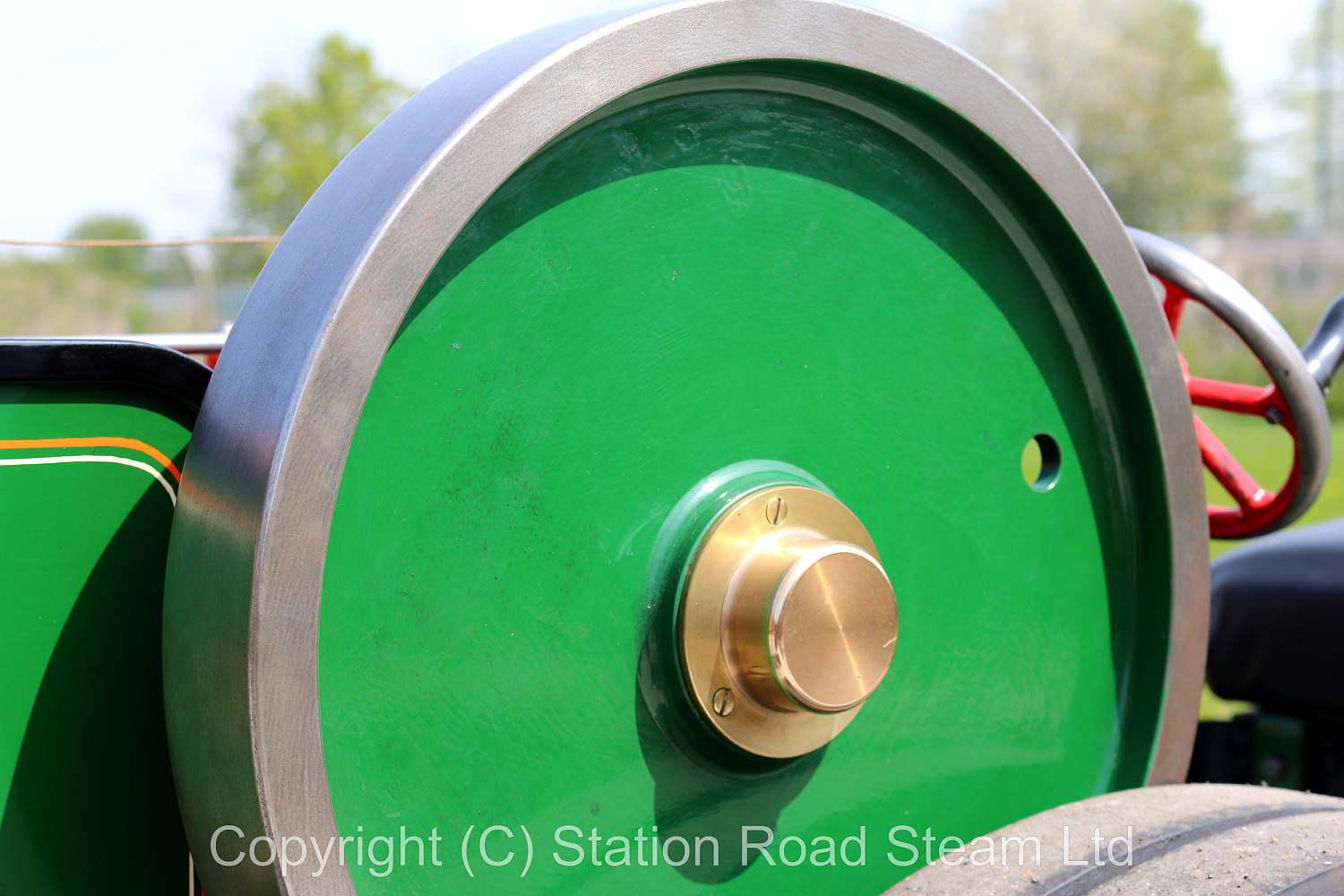 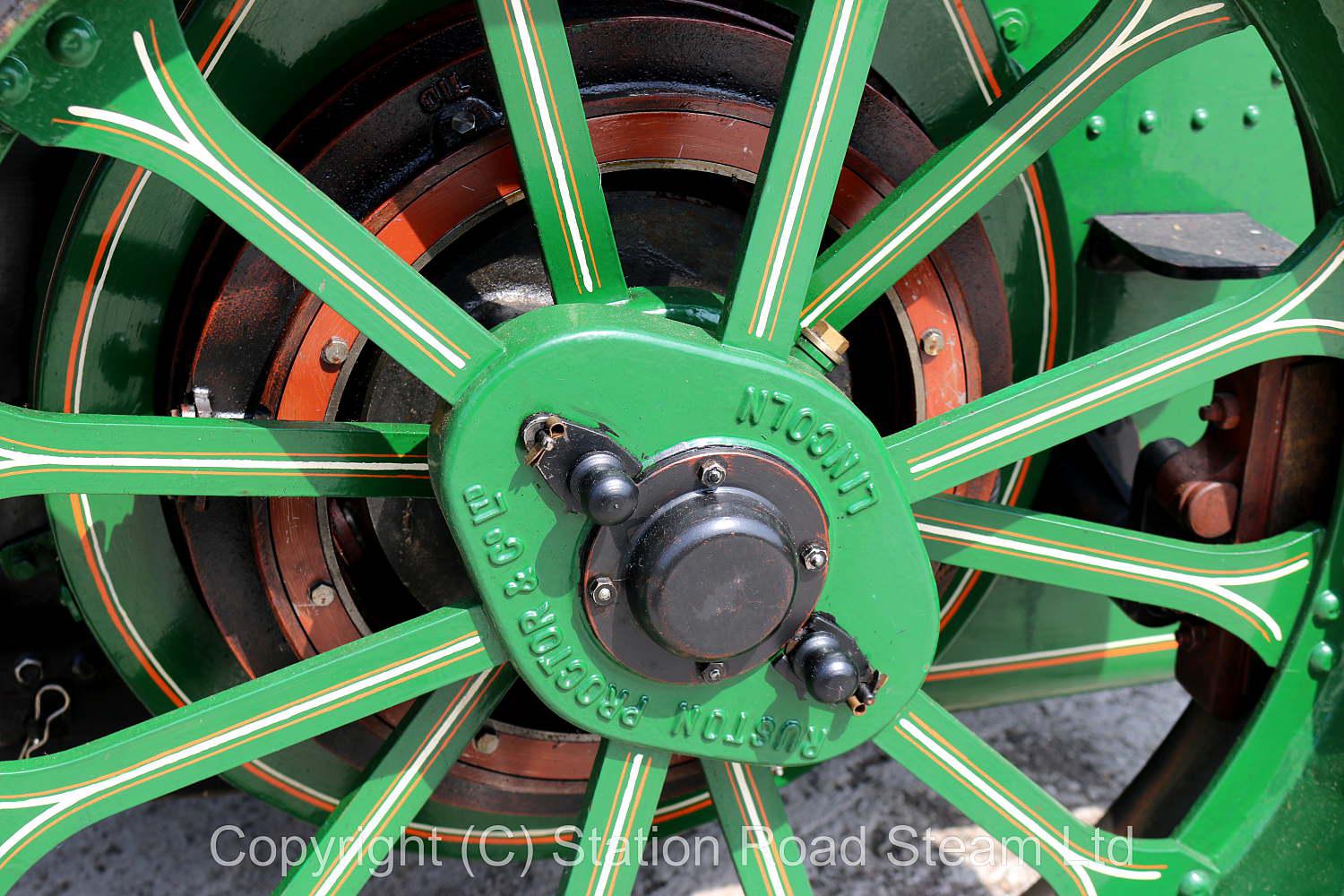 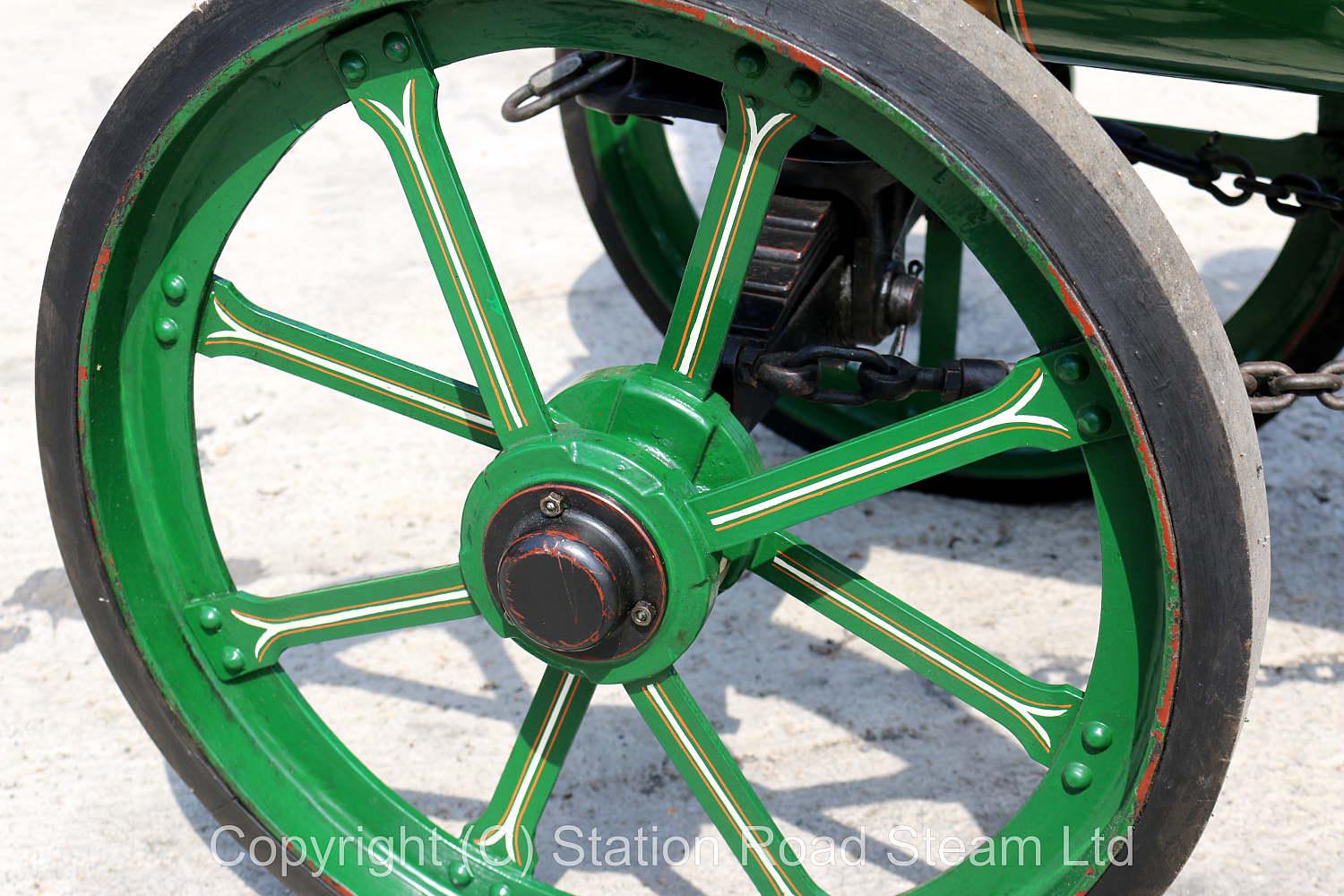 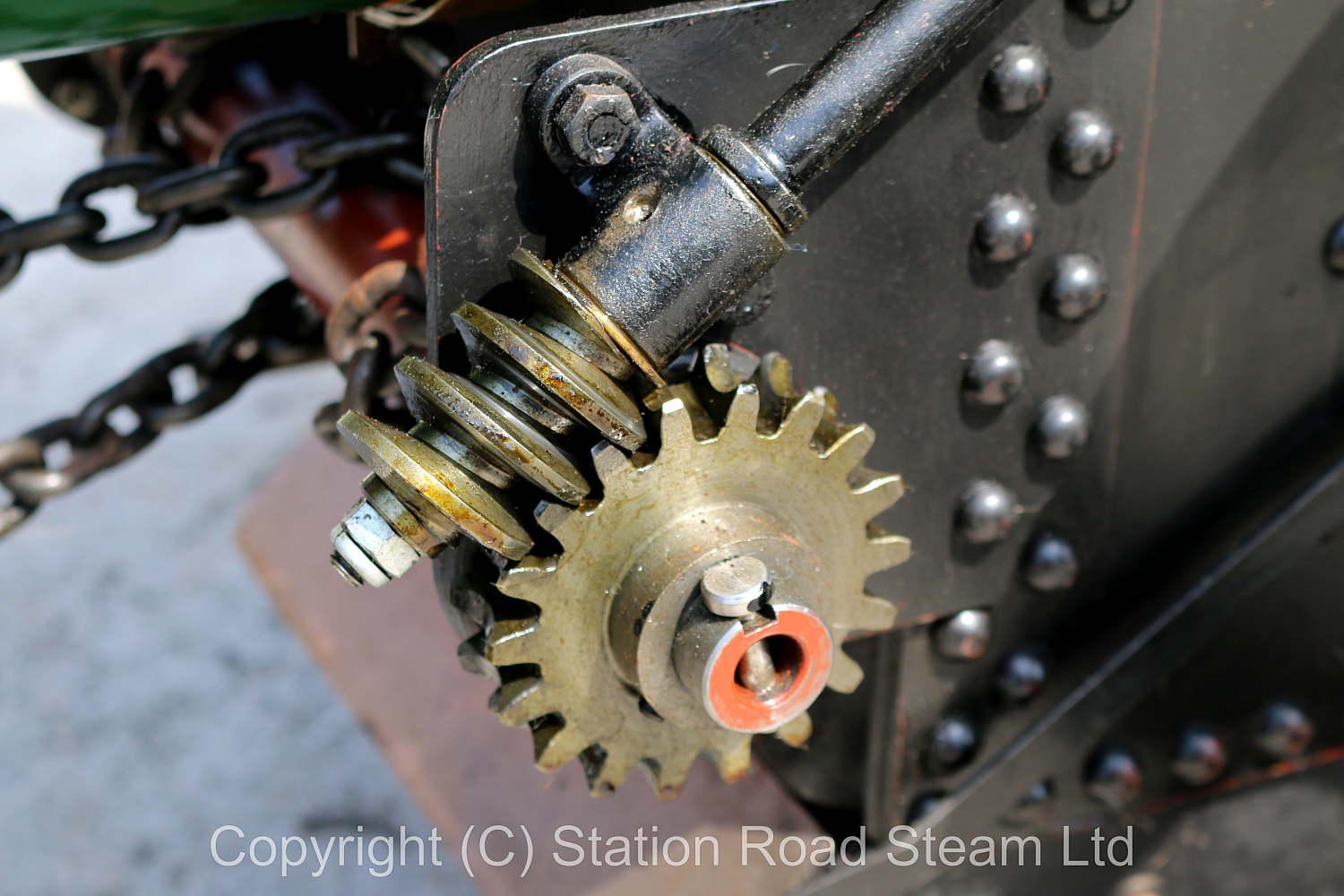 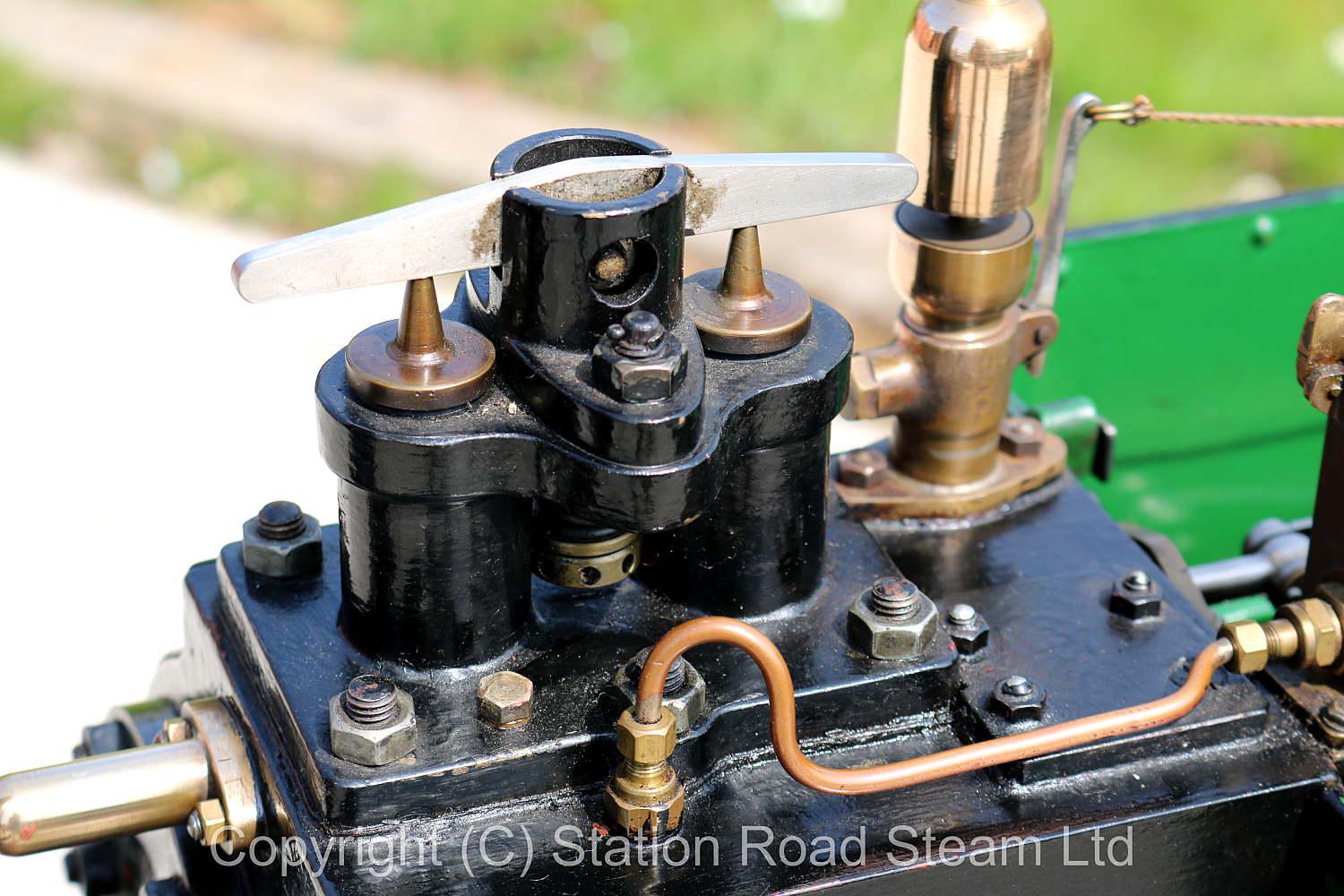 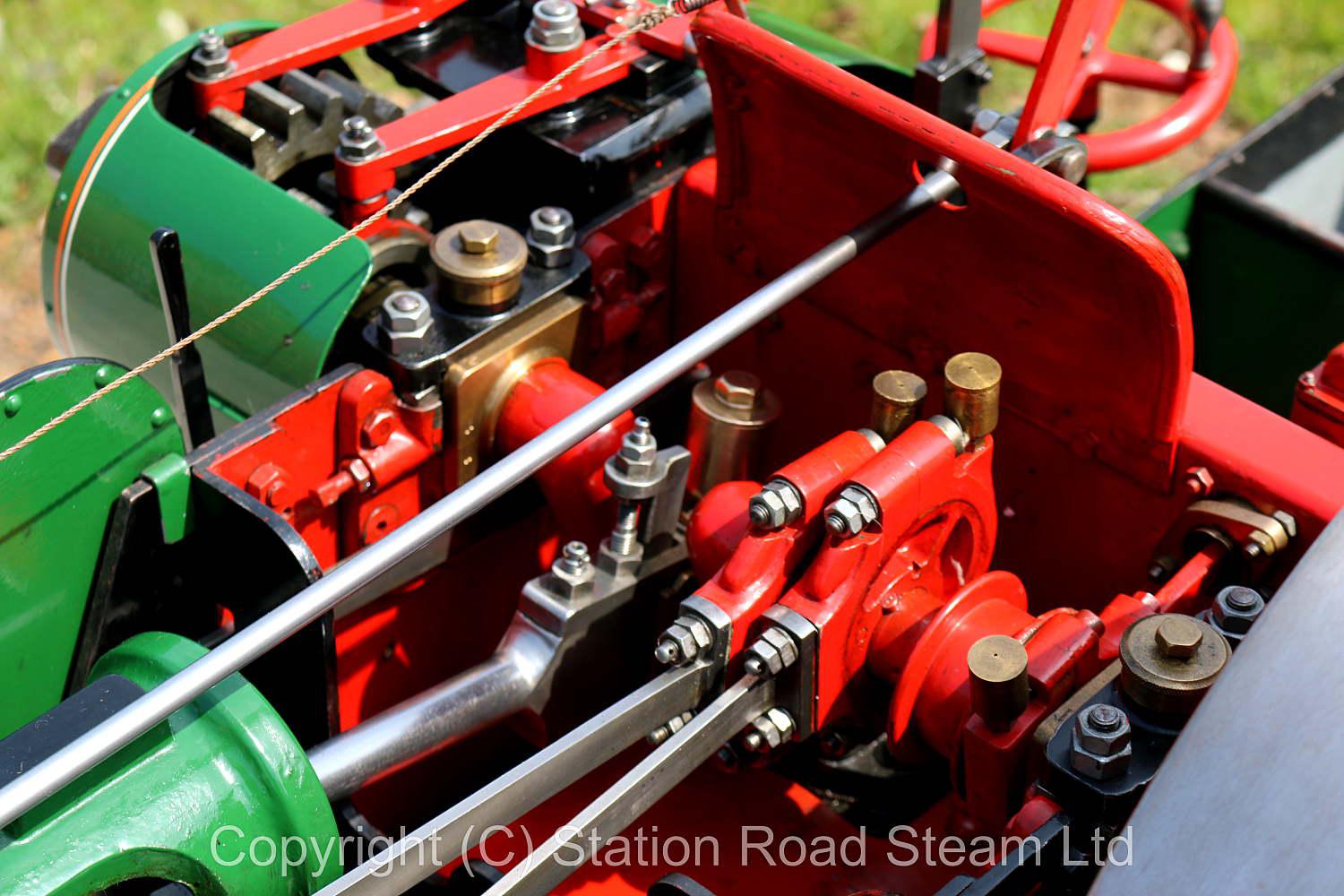 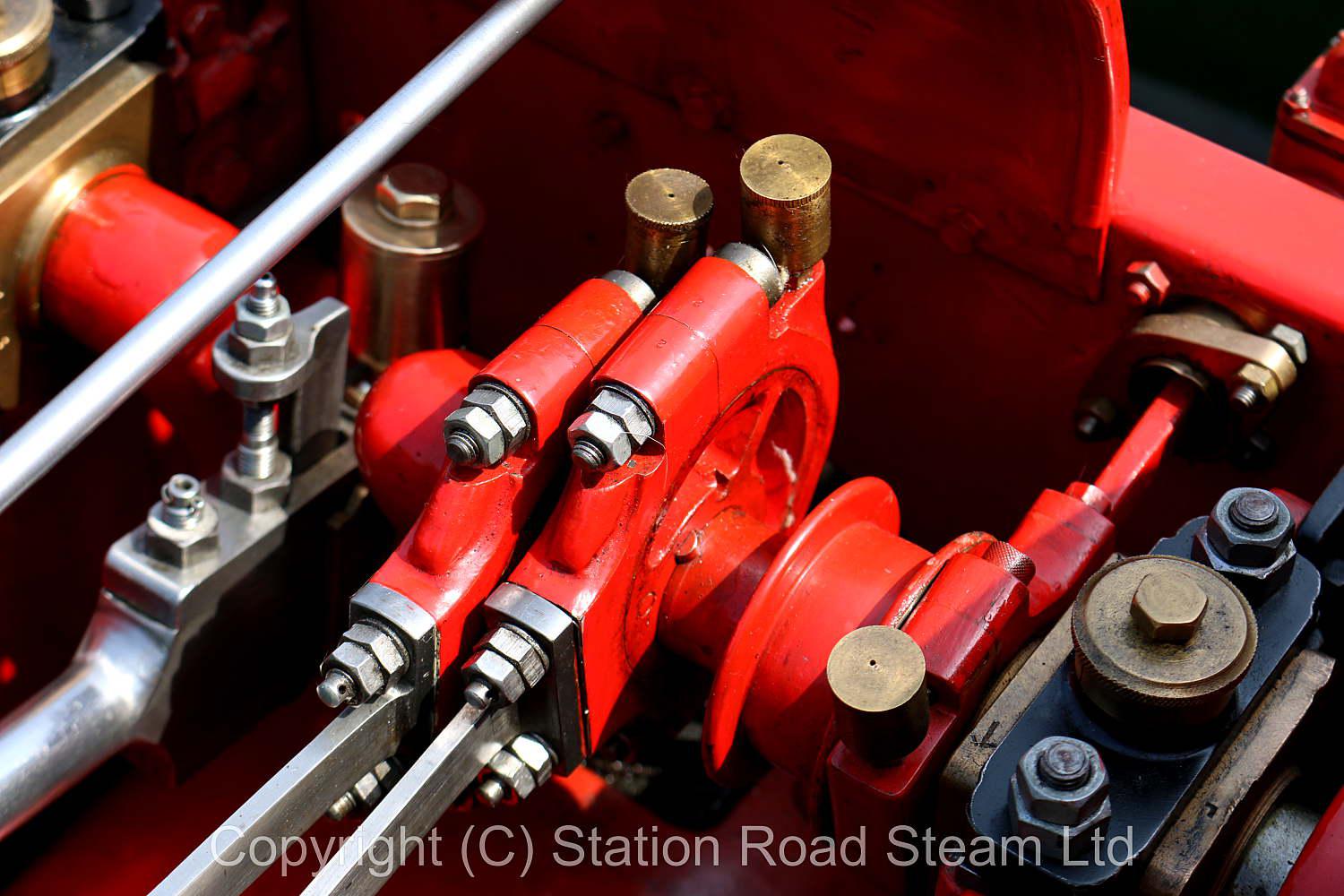 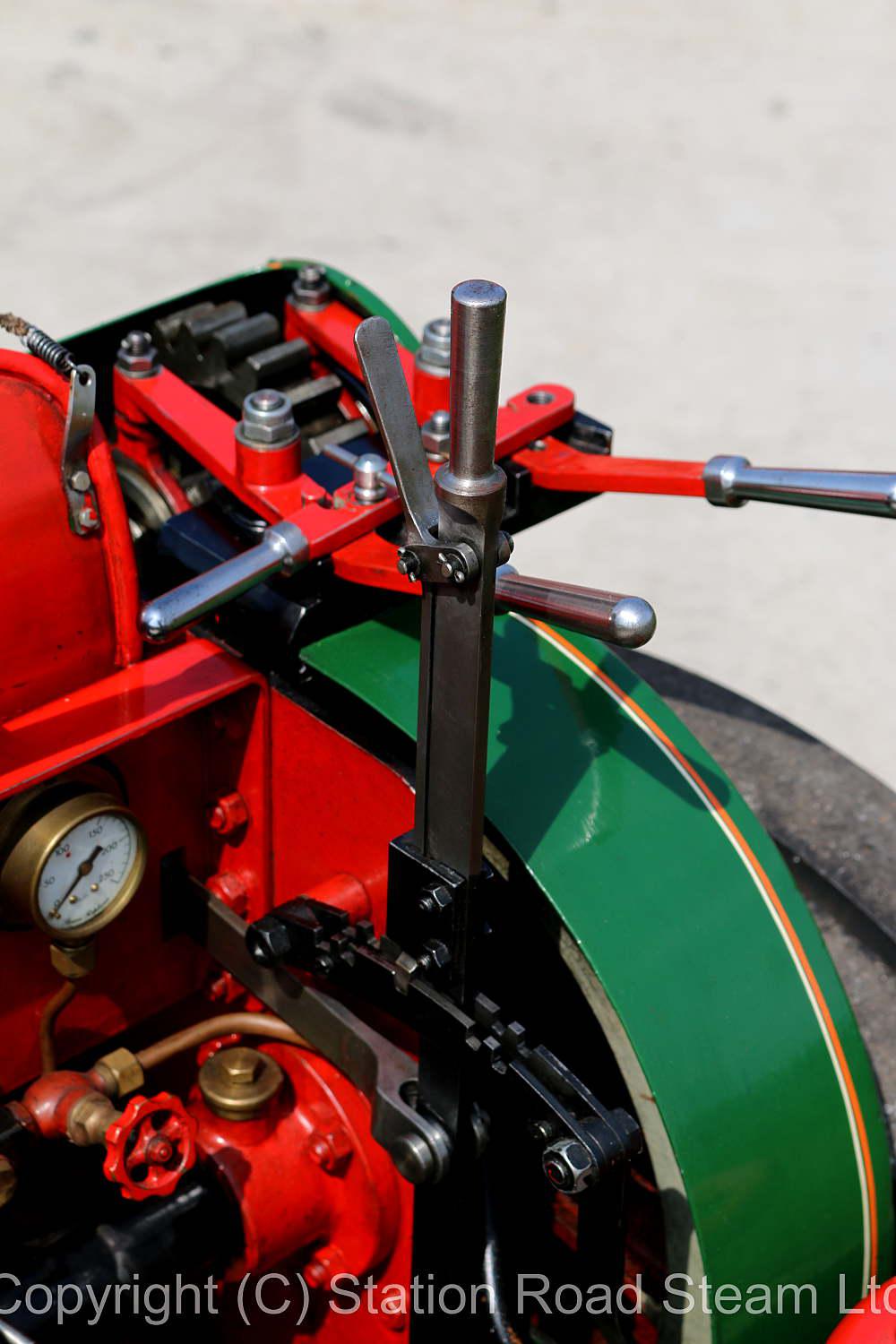 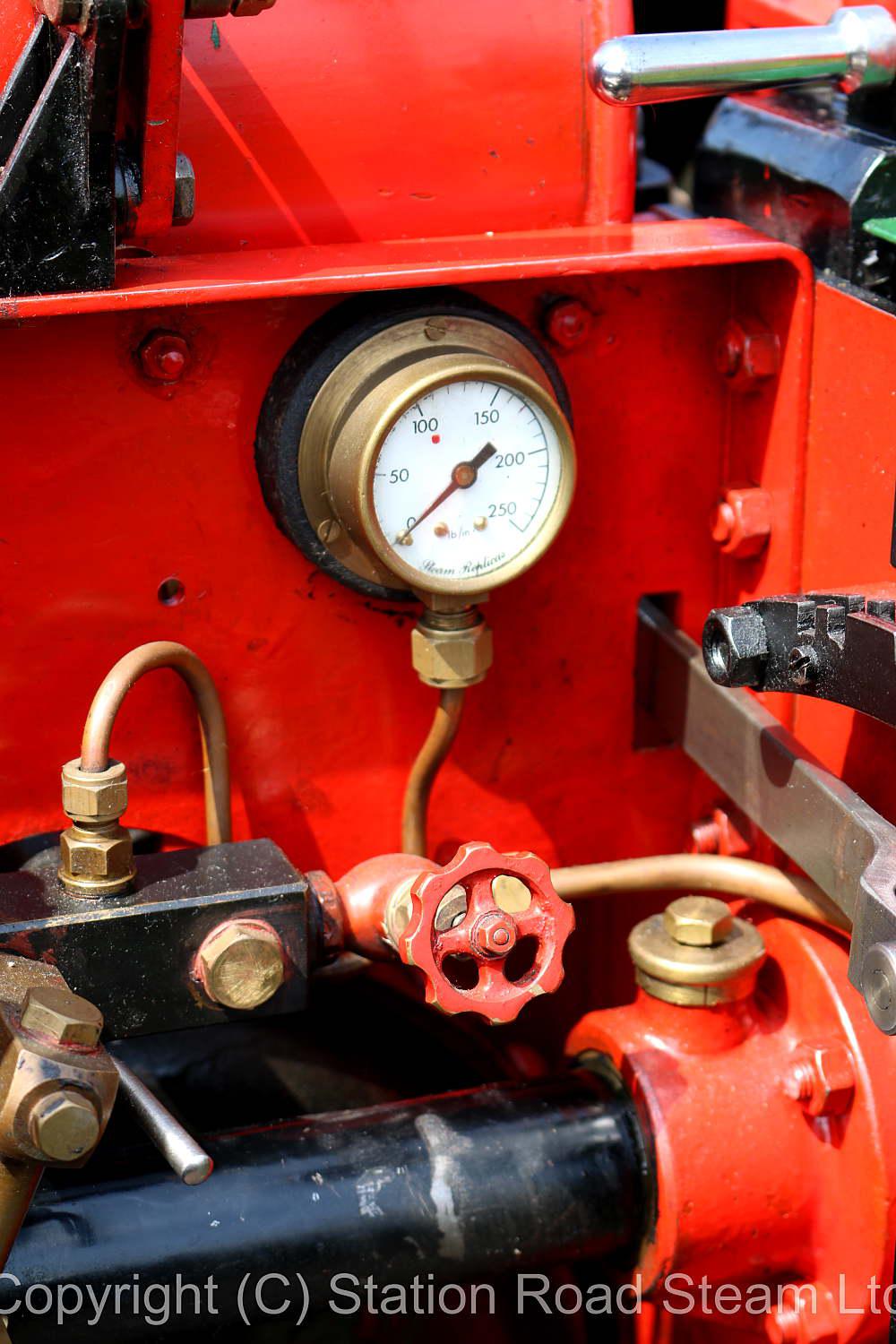 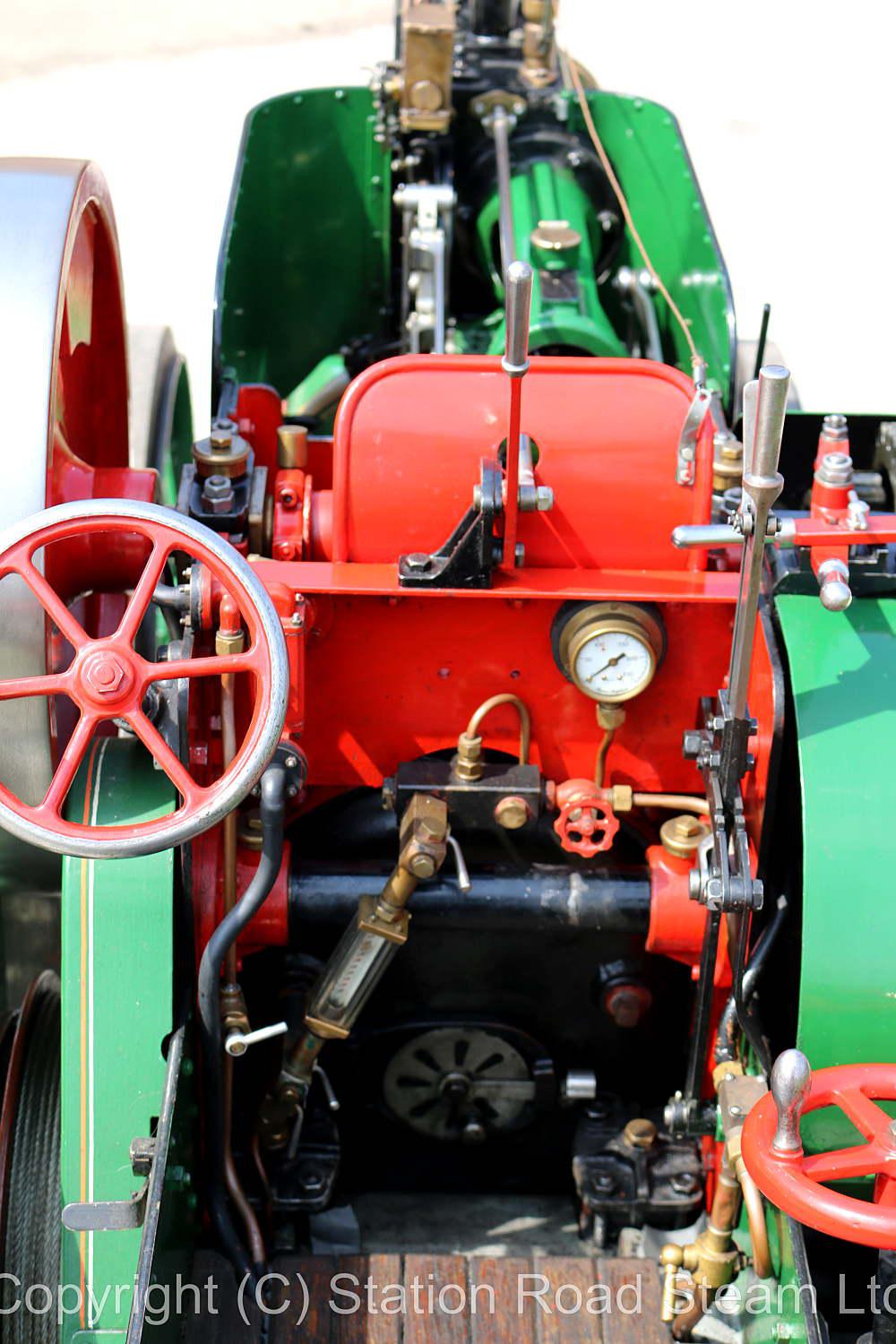 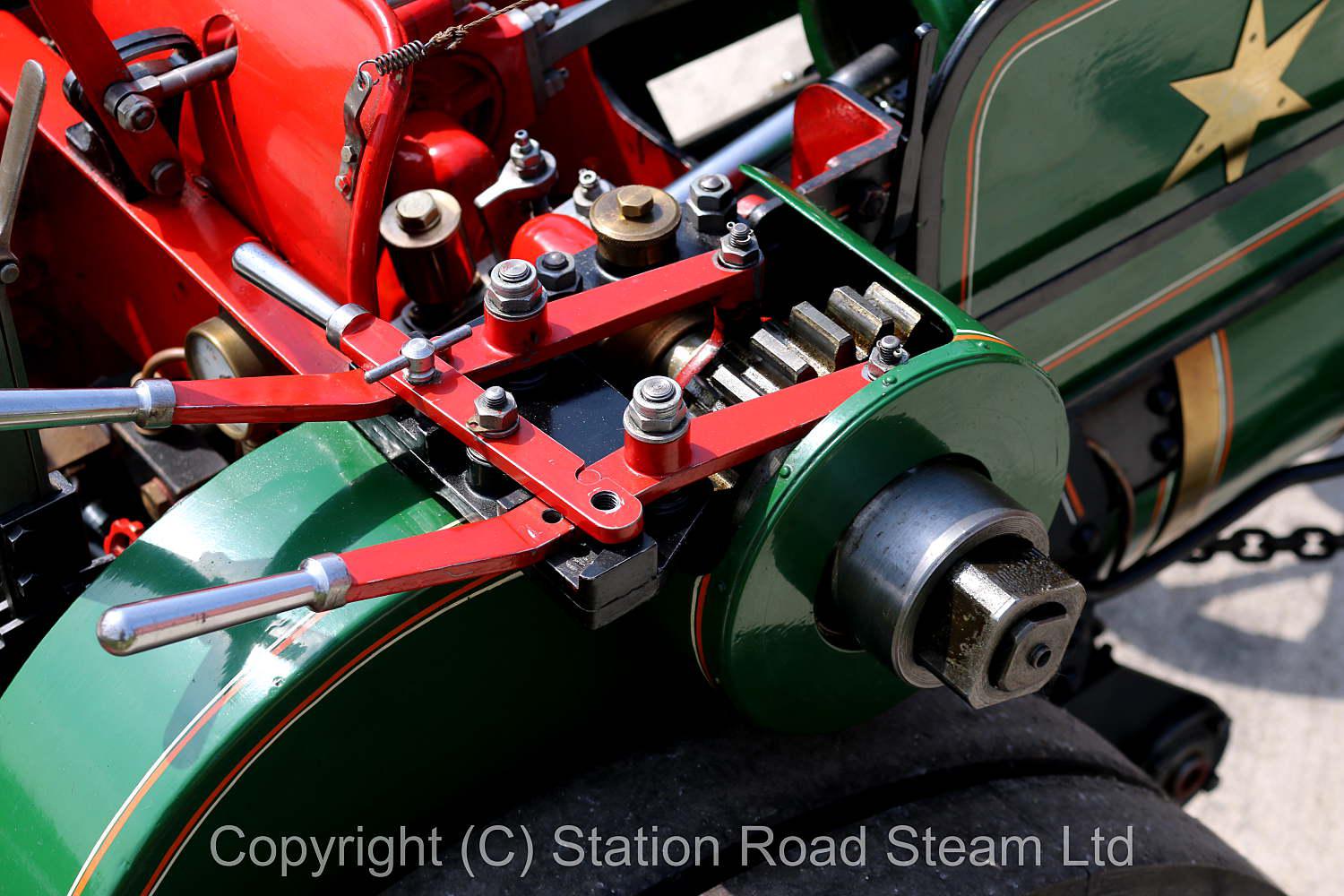 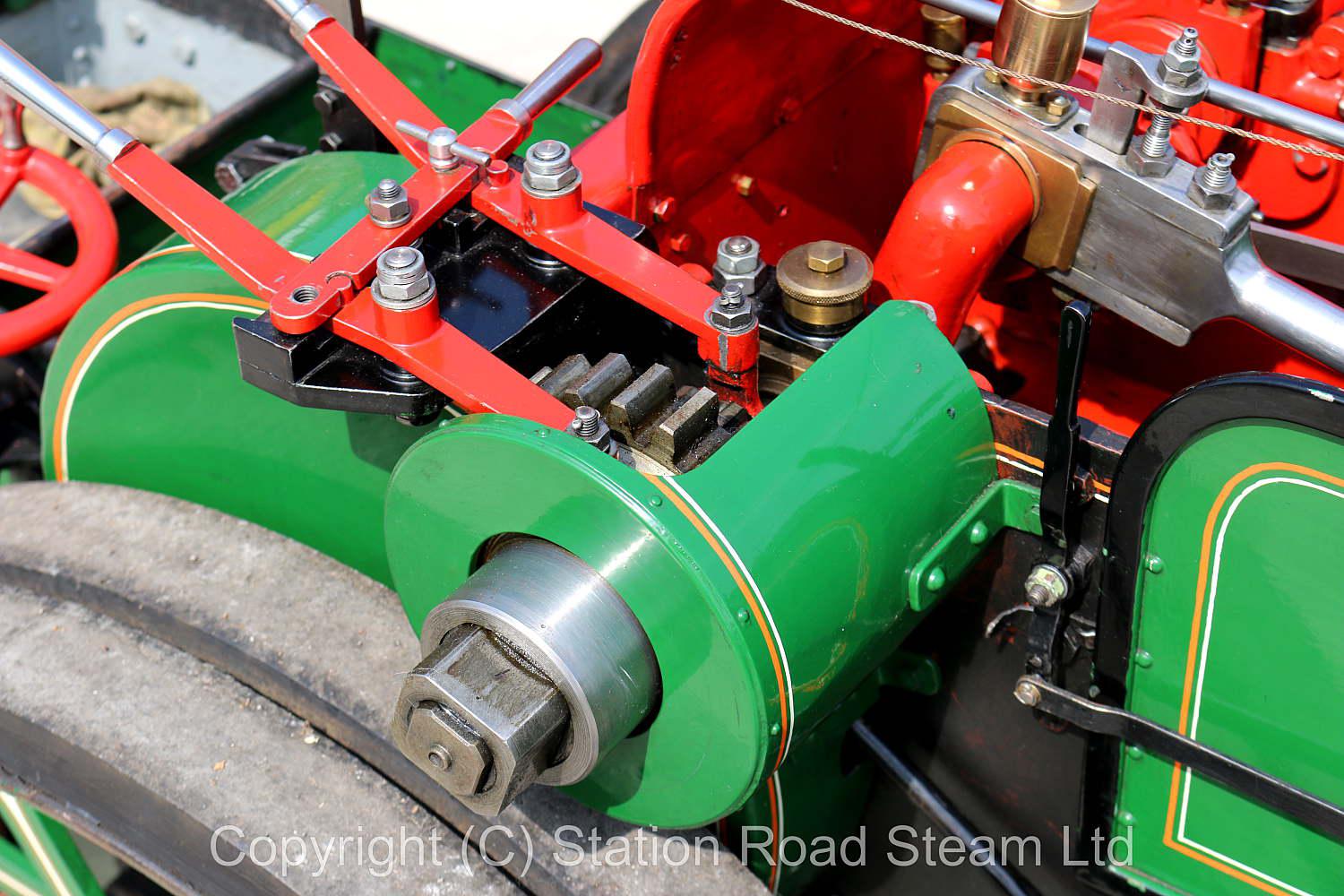 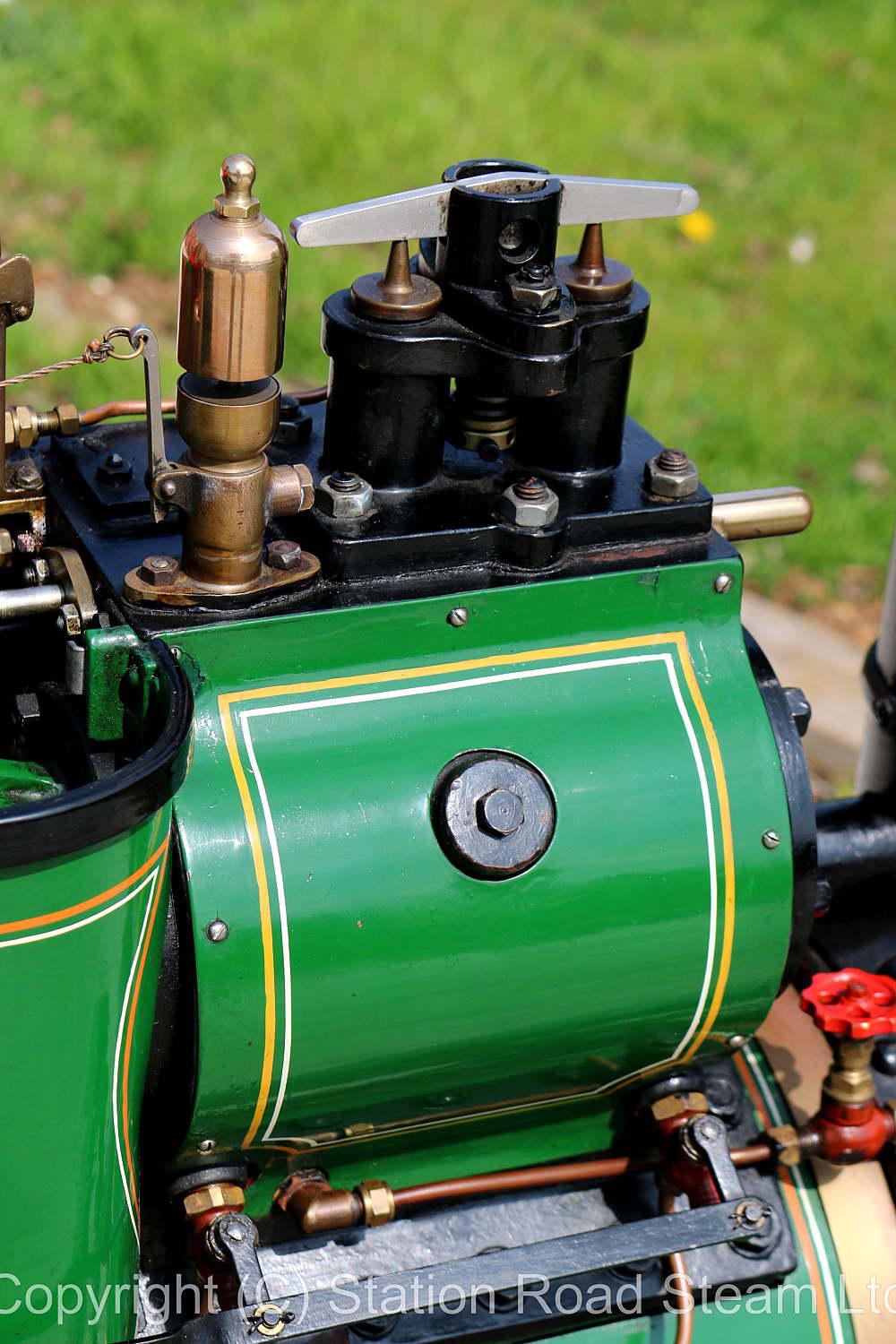 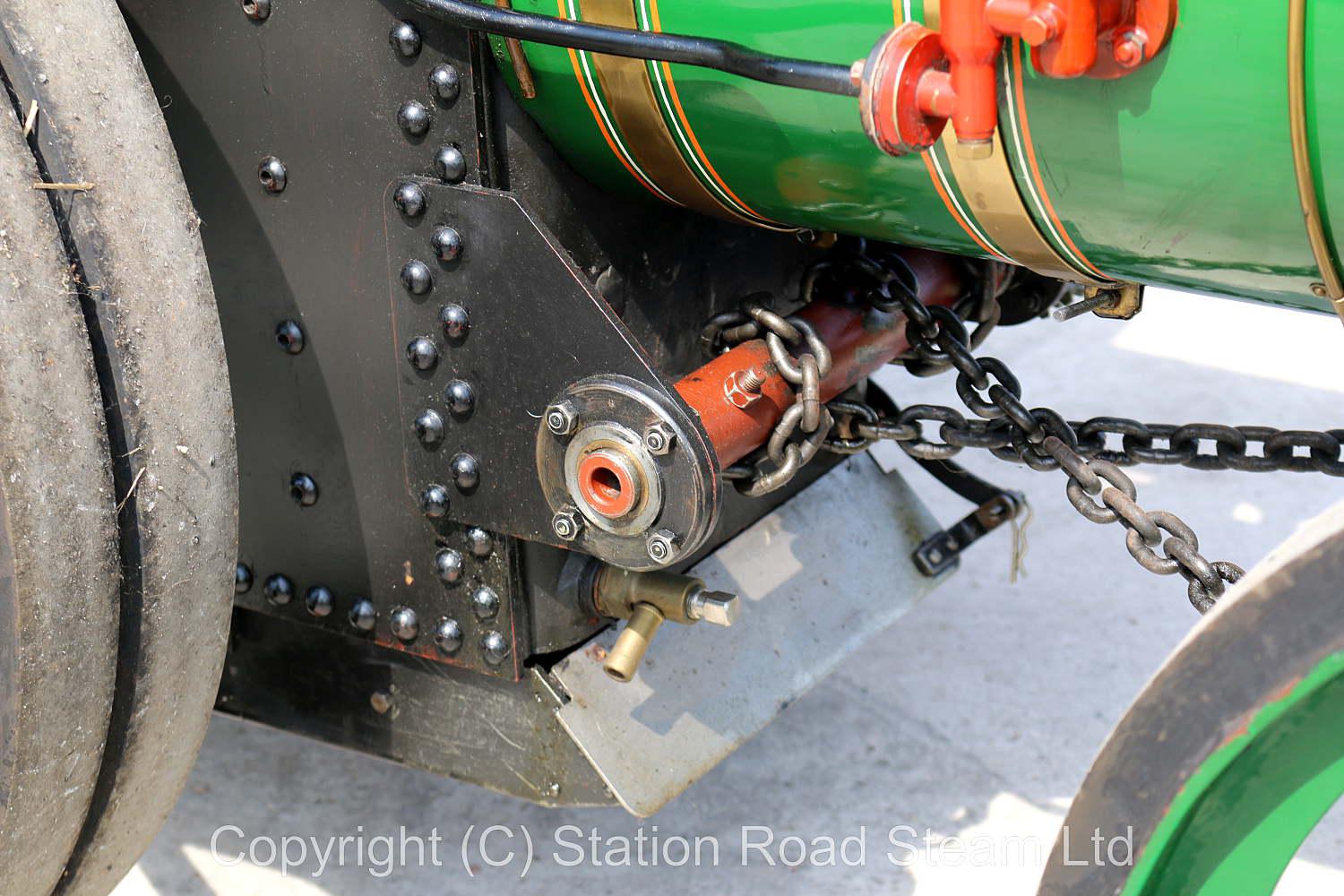 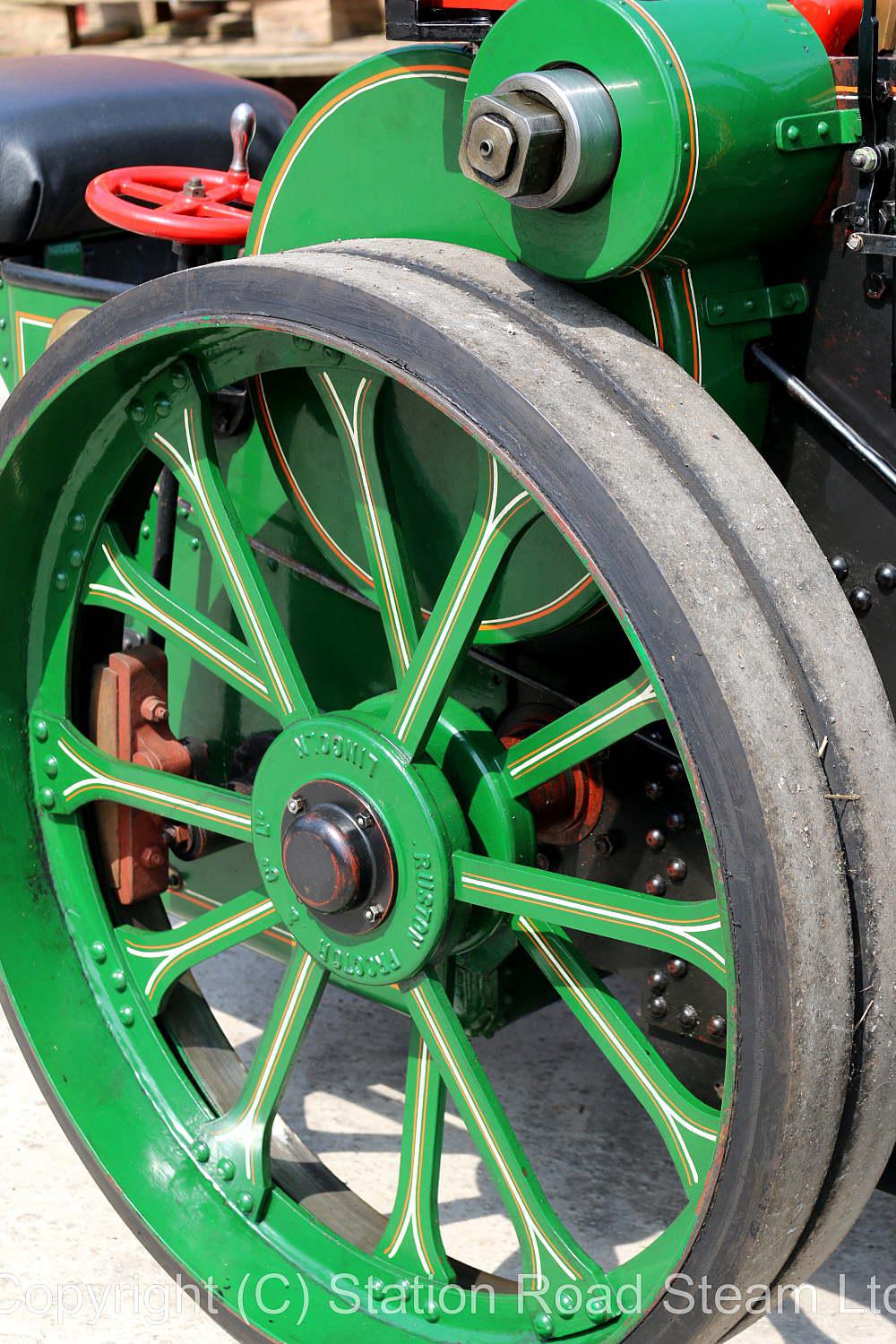 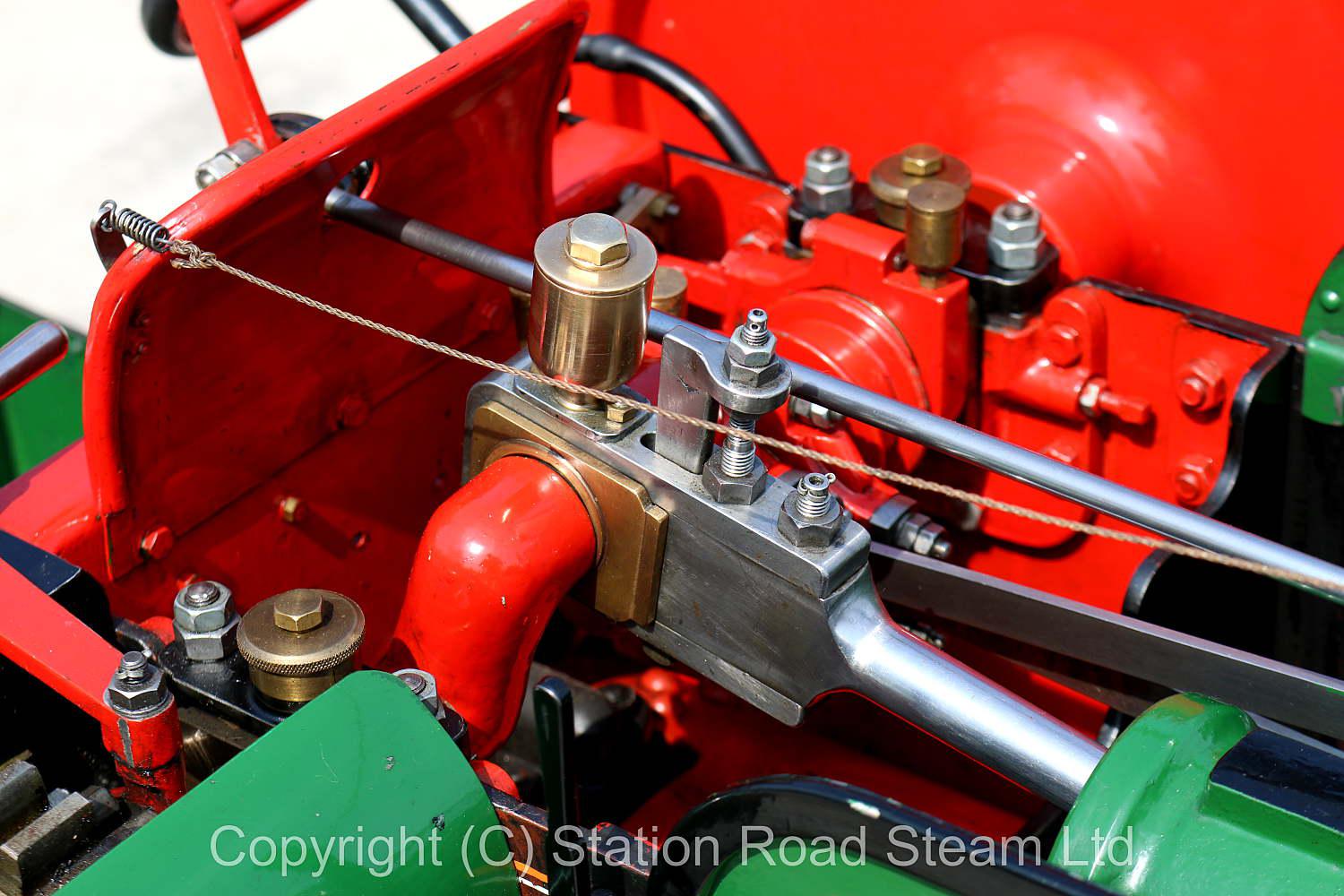 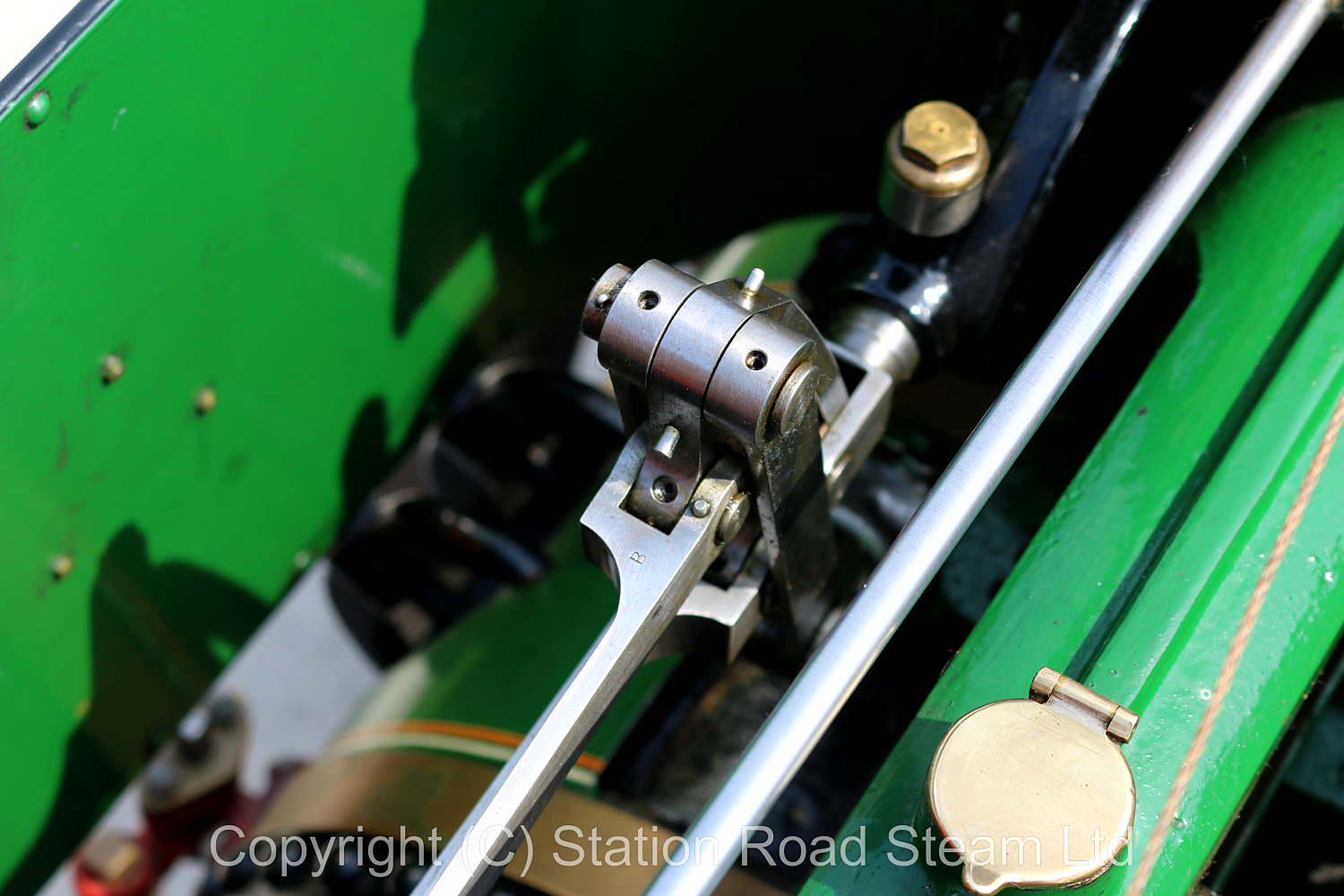 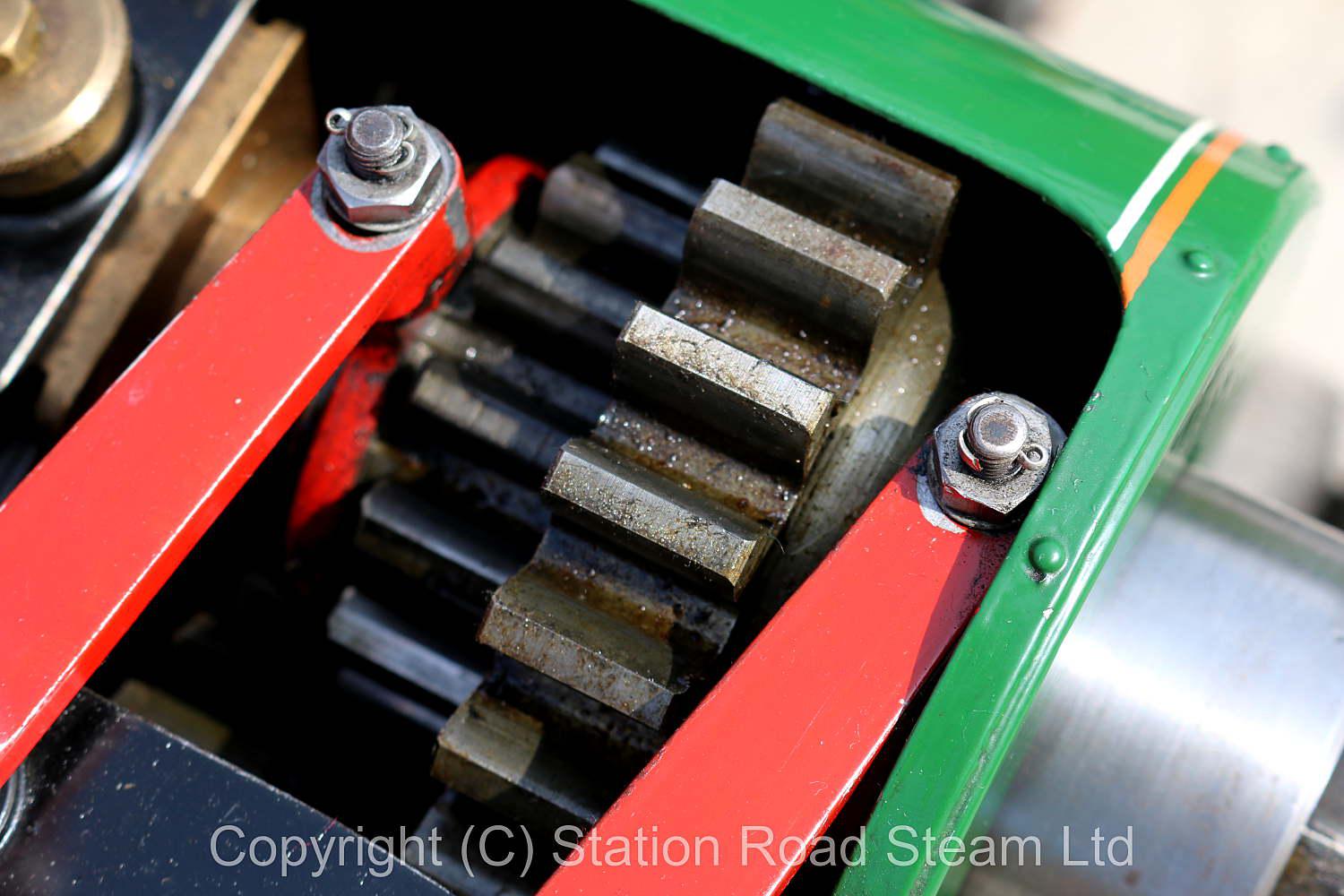 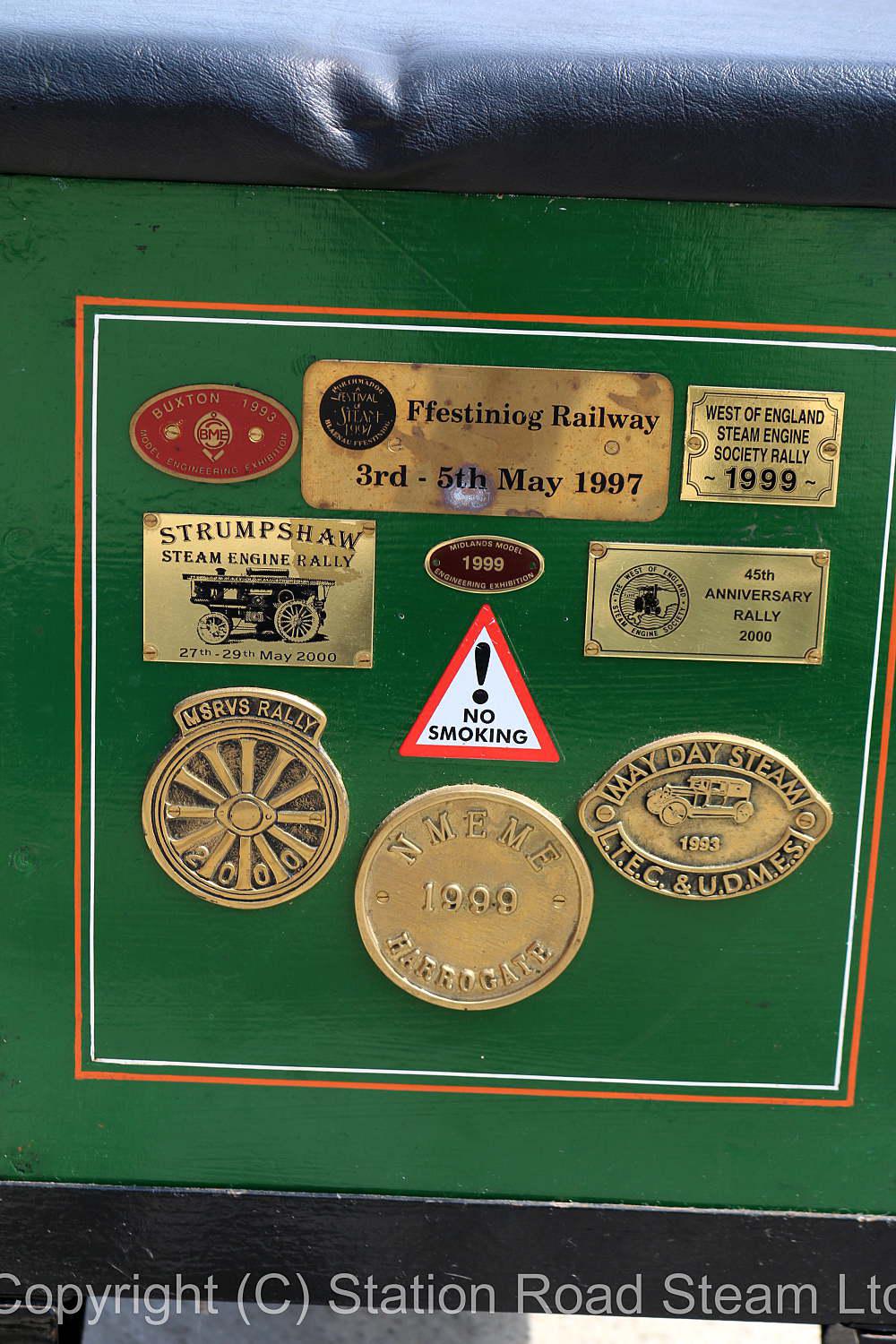 A beautifully made 6 inch scale Ruston Proctor SD 3 ton tractor - one of the nicest we've ever had in terms I think, fit and finish is excellent, paintwork more evocative of a full size engine rather than a model.

Completed in 1996, the engine had one club test in 2001 - it's come in recently from a collector on the South coast with many fine locomotives and stationary engines, as well as several other traction engines and rollers. Unused since he's owned it, we suspect it had last been steamed some time around 2003 - possibly only to test it, as the paintwork is in excellent order, mechanically it runs like new and the tyres appear never to have run on the road.

Welded steel boiler with expanded tubes, 100psi working pressure, feed by injector and mechanical pump - the injector is, unusually, a lifting type which takes a little getting used to with steam coming from the overflow until it pulls the water up from the tender beneath. Once primed it works dead reliably, just put the steam on and it's away - being o nthe footplate, in the driver's sight, it's easy to see it working. Twin safety valves, mechanical lubricator mounted on the cylinder block. Cast iron cylinder with slide valve actuated by Stephenson's gear - the engine runs well in both directions and notches up nicely.

The engine has had ultrasonic and hydraulic test - the boiler is is the same condition as the rest of the engine, there's a video clip of it in steam this morning here.

Complete with all documentation for the boiler including original test certificate, material and welder's certificates, a comprehensive photographic build log and a four wheeled passenger truck.