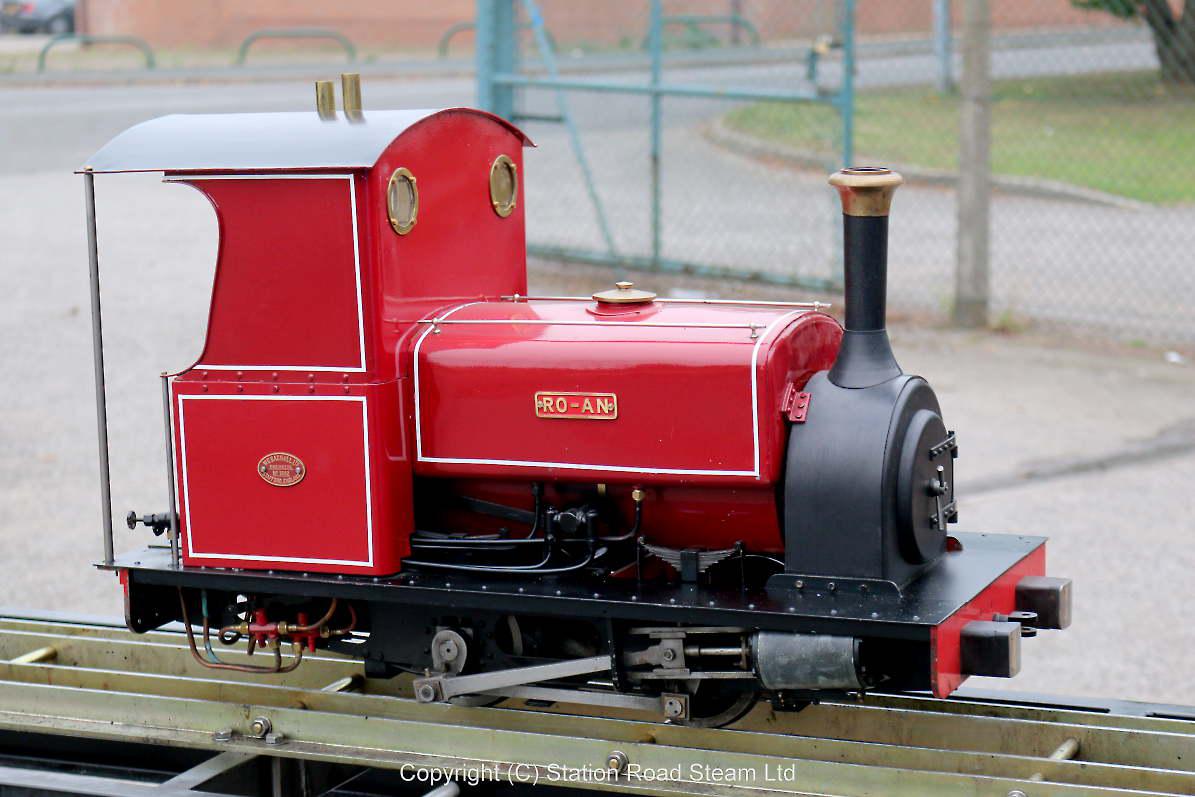 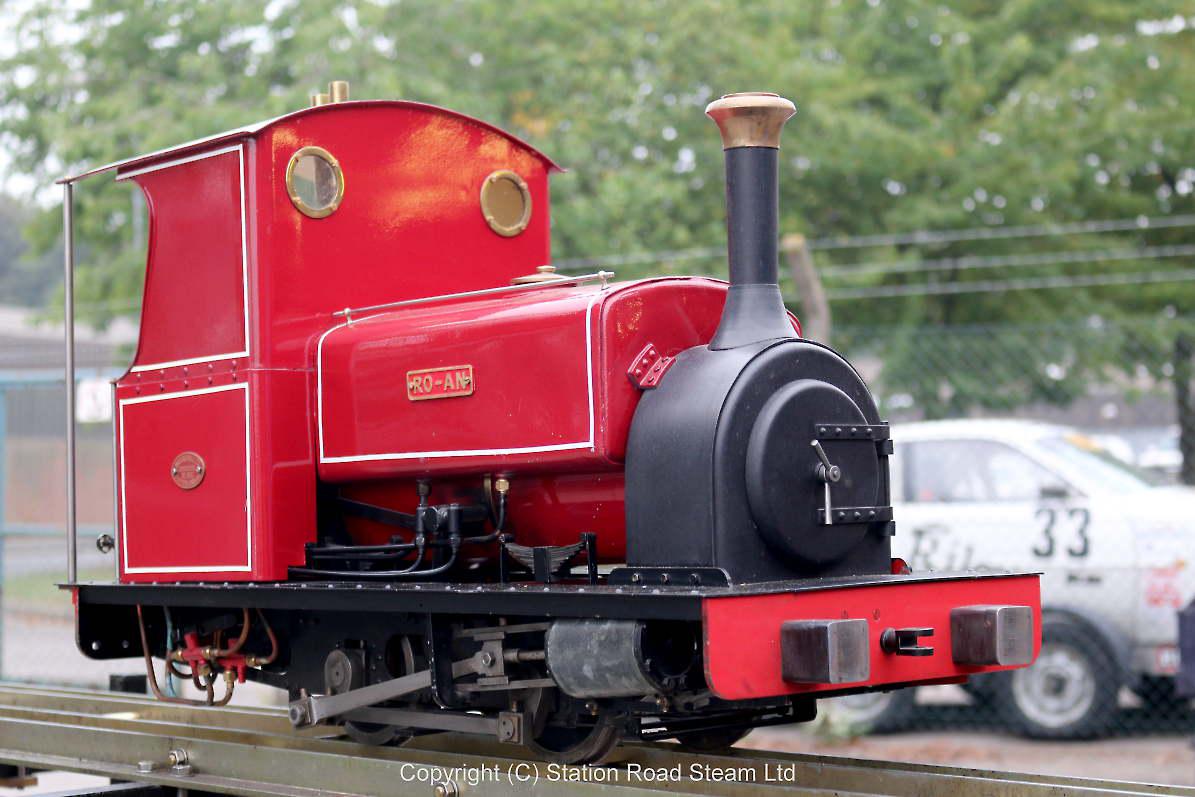 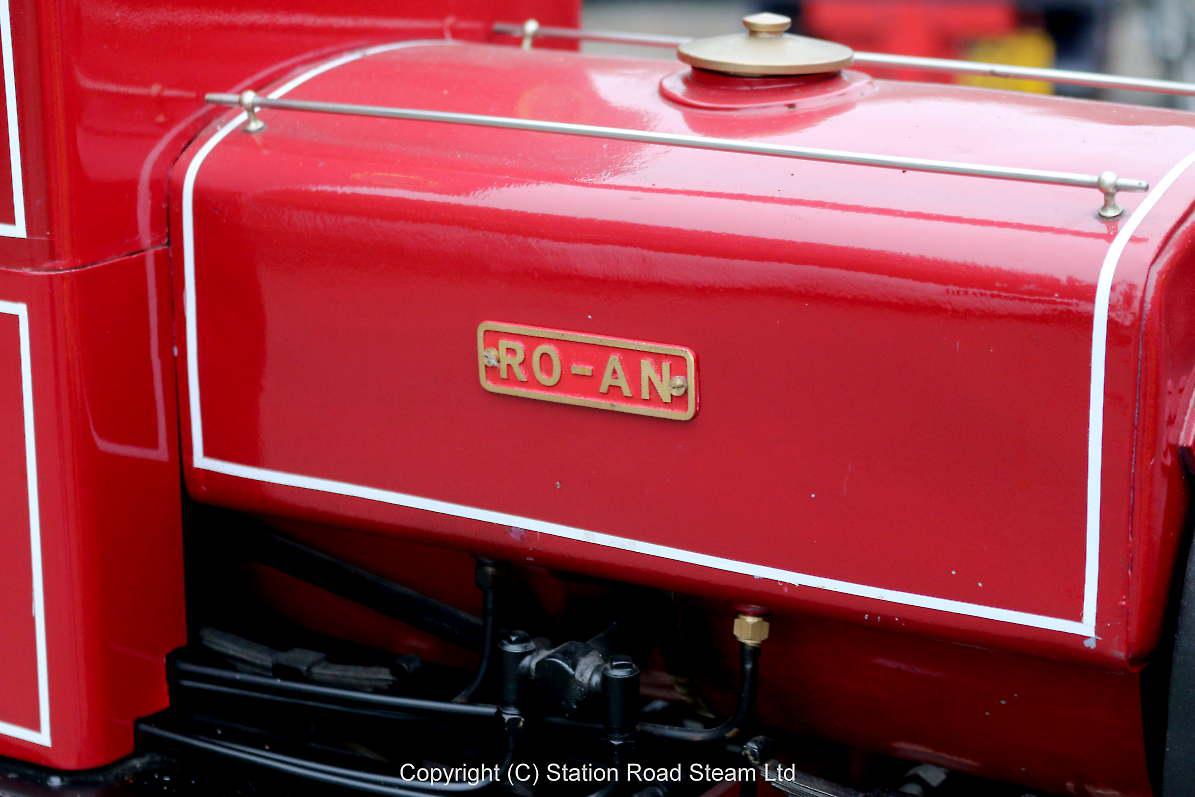 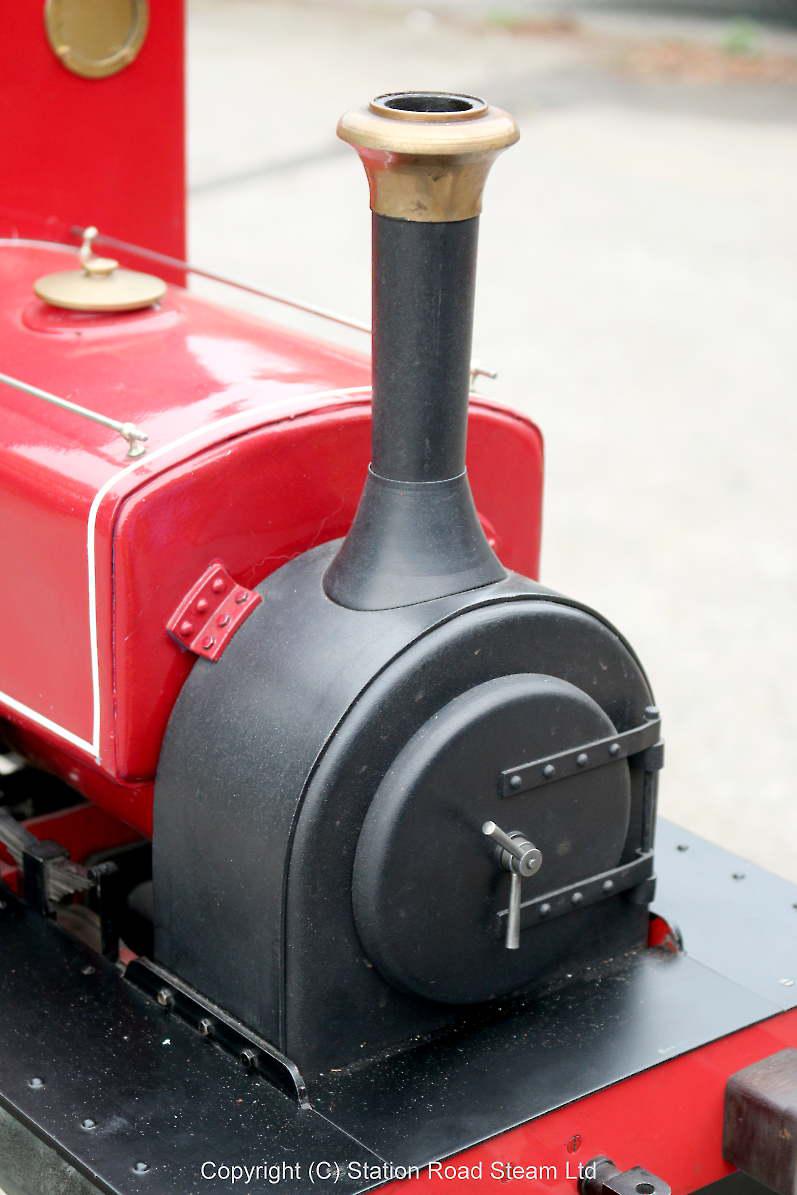 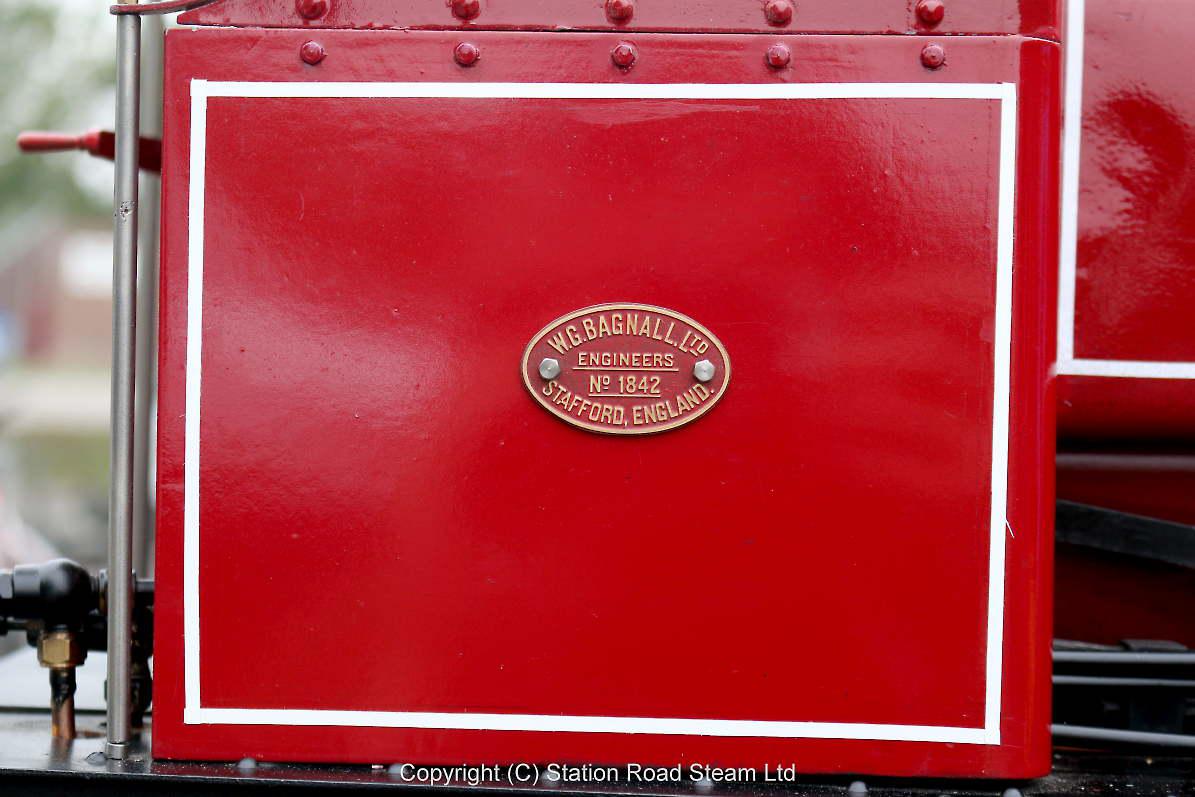 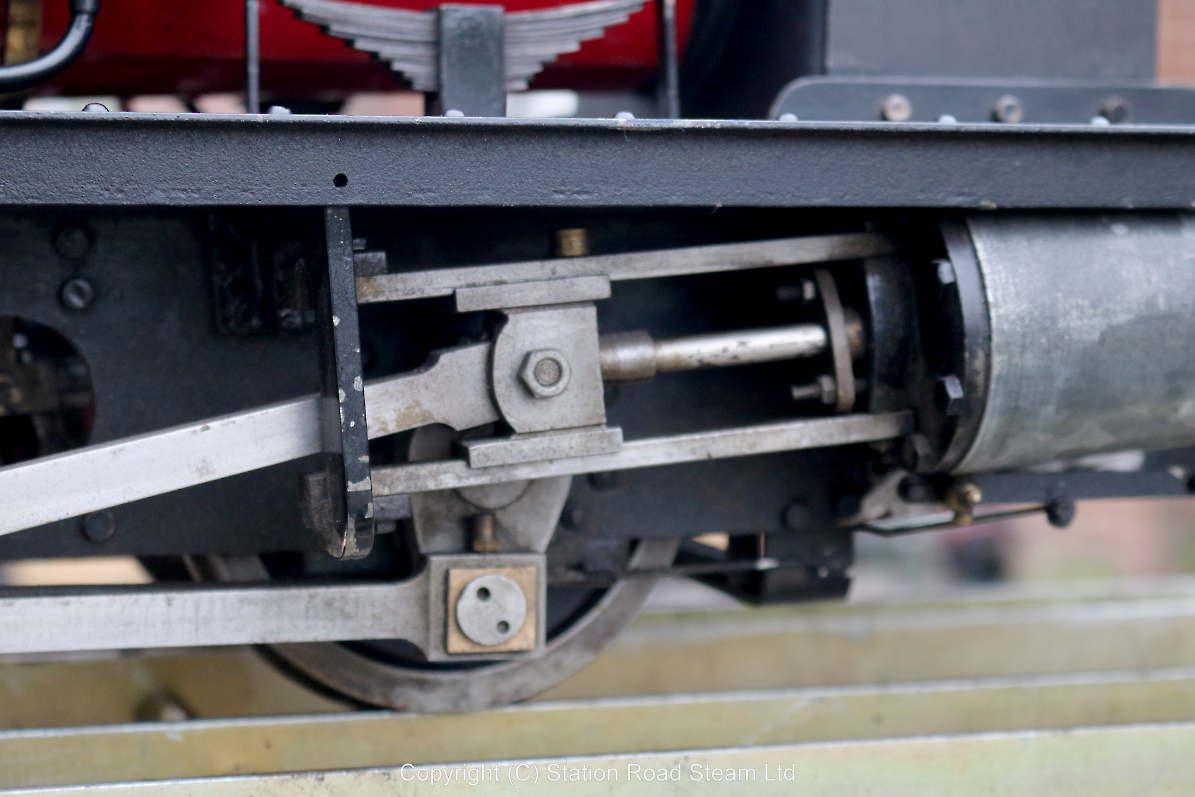 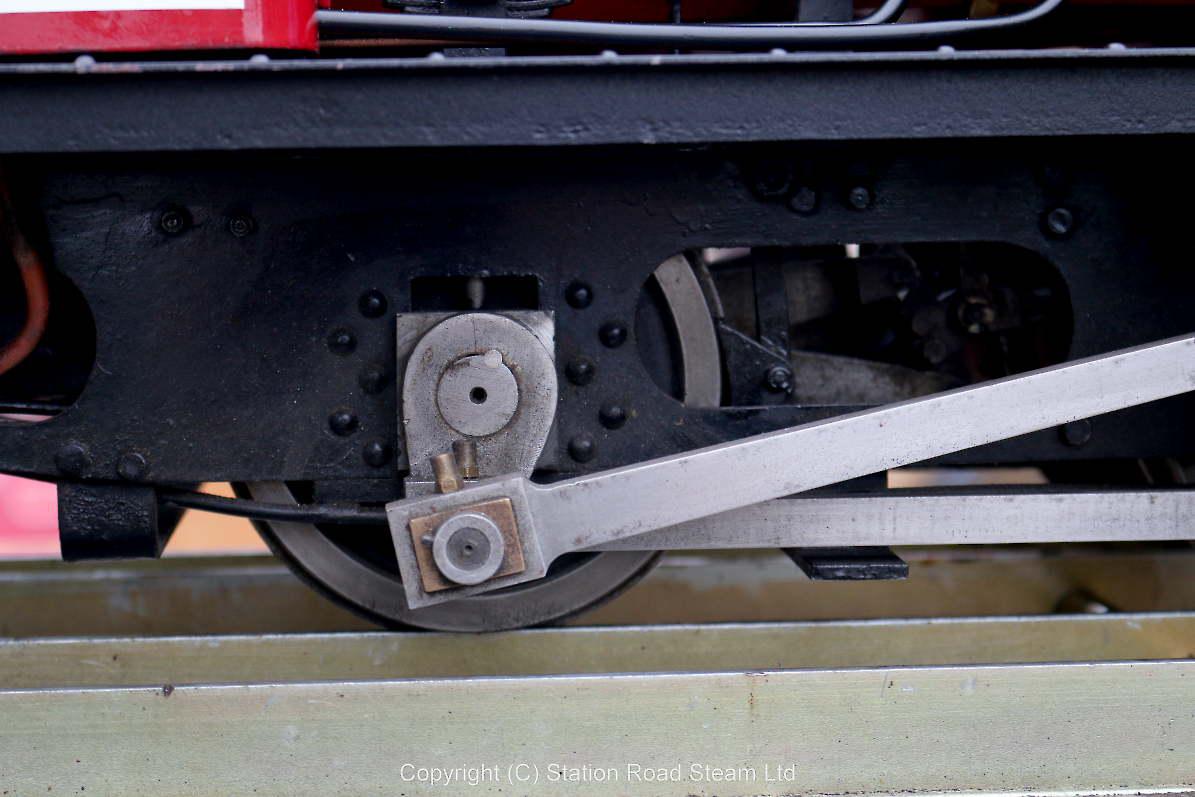 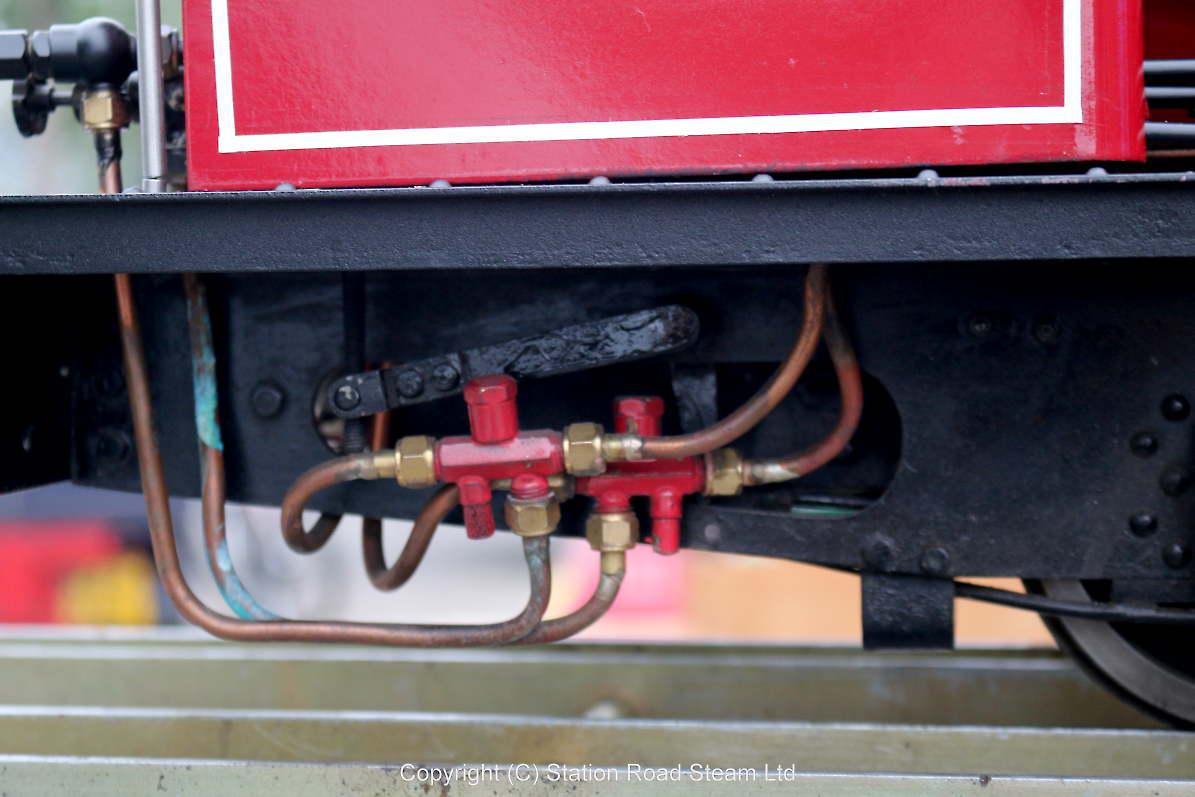 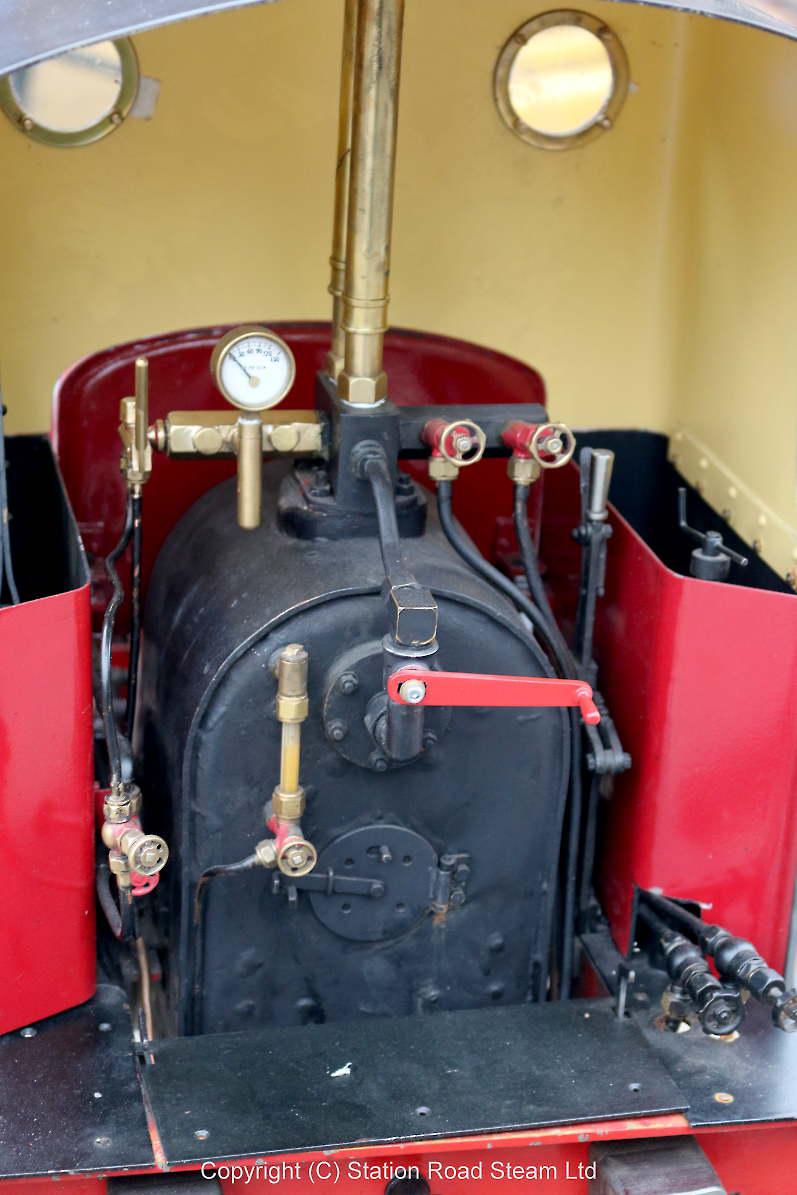 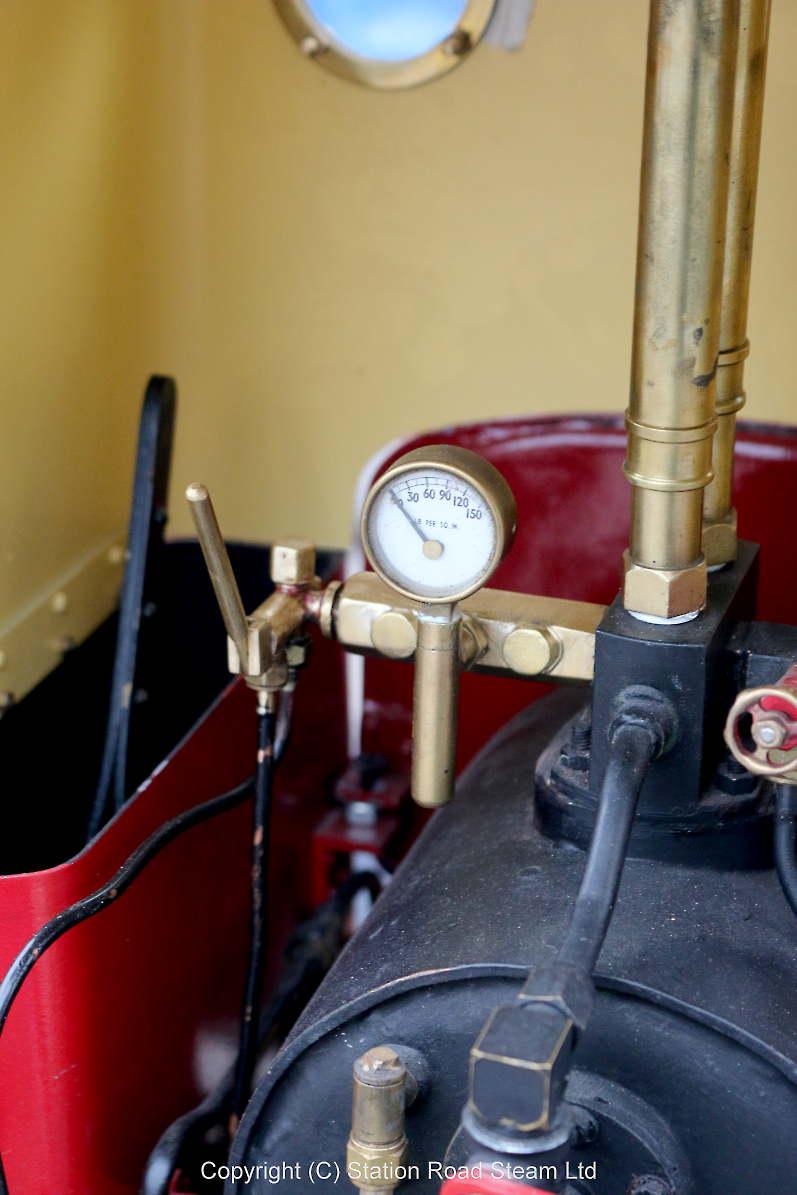 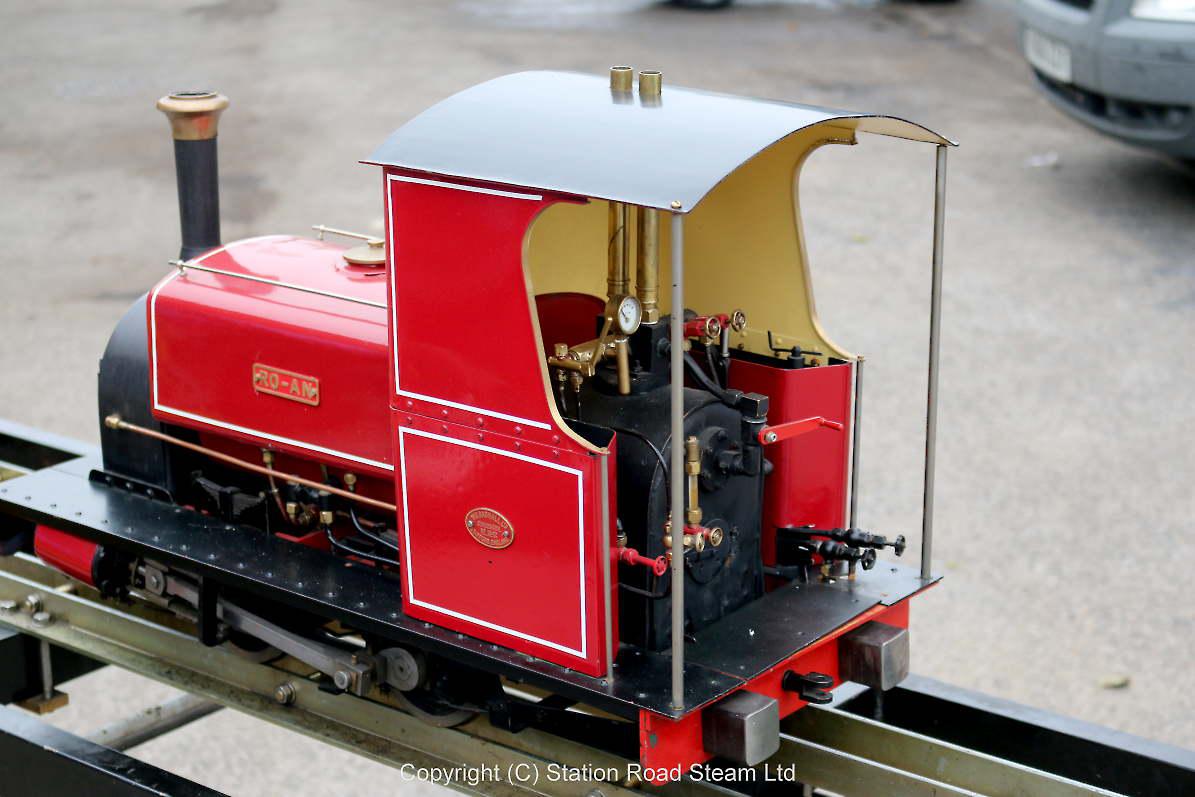 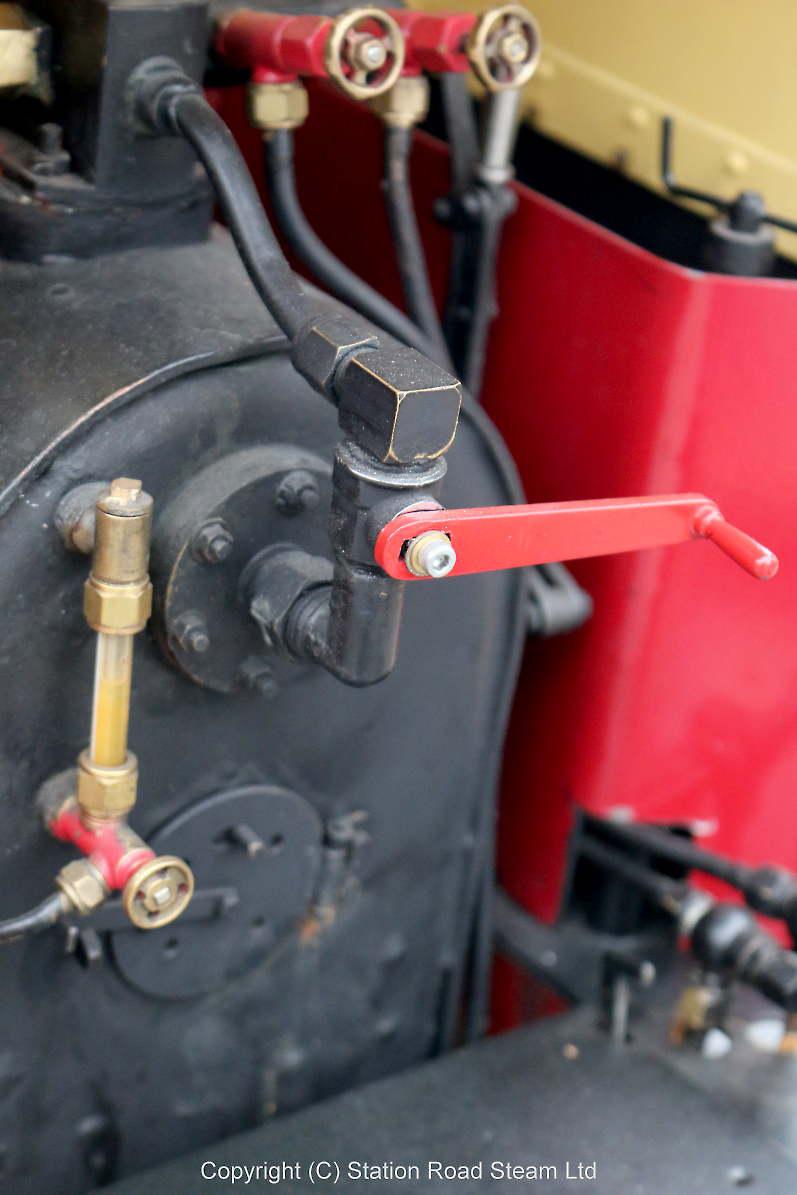 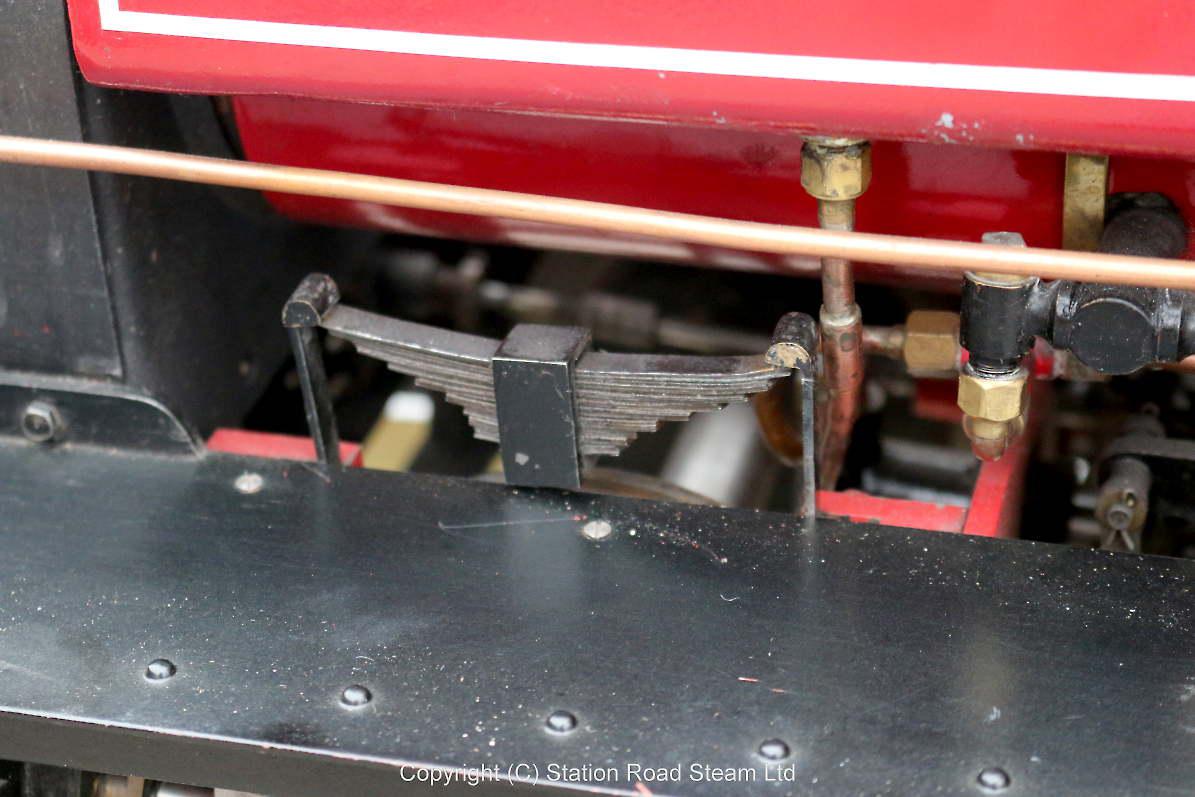 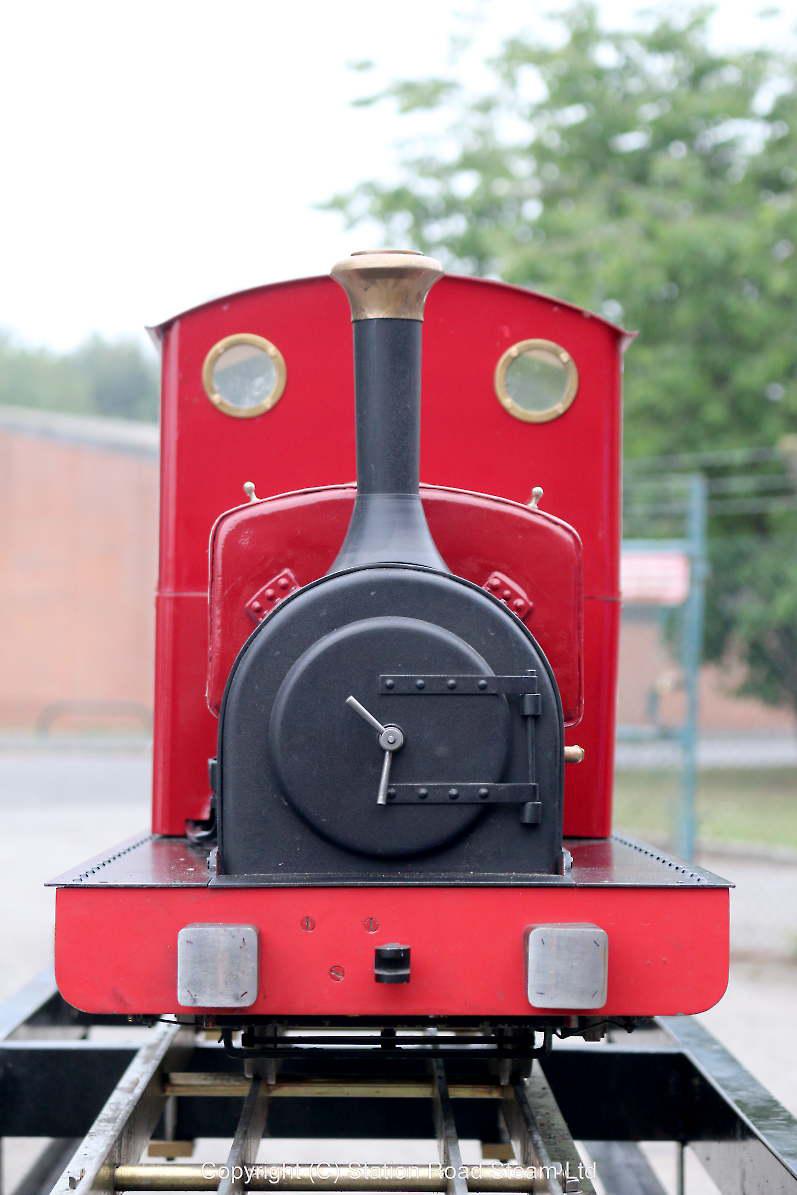 This one came in with a club boiler certificate calling it a Hunslet, the works plates on the cab state it's a Bagnall. Hugnall sounds a bit creepy, so we're calling it a Baglet.

A nicely made 5 inch gauge narrow gauge saddle tank - more Hunslet than Bagnall in my opinion - but plausible proportions for any of the narrow gauge manufacturers. Silver soldered copper boiler, three element superheater, 90psi working pressure. Feed by axle pump, twin injectors and a hand pump mounted in the cab. Boiler has the tiniest ball valve regulator I've seen, operation is silky smooth as one would expect.