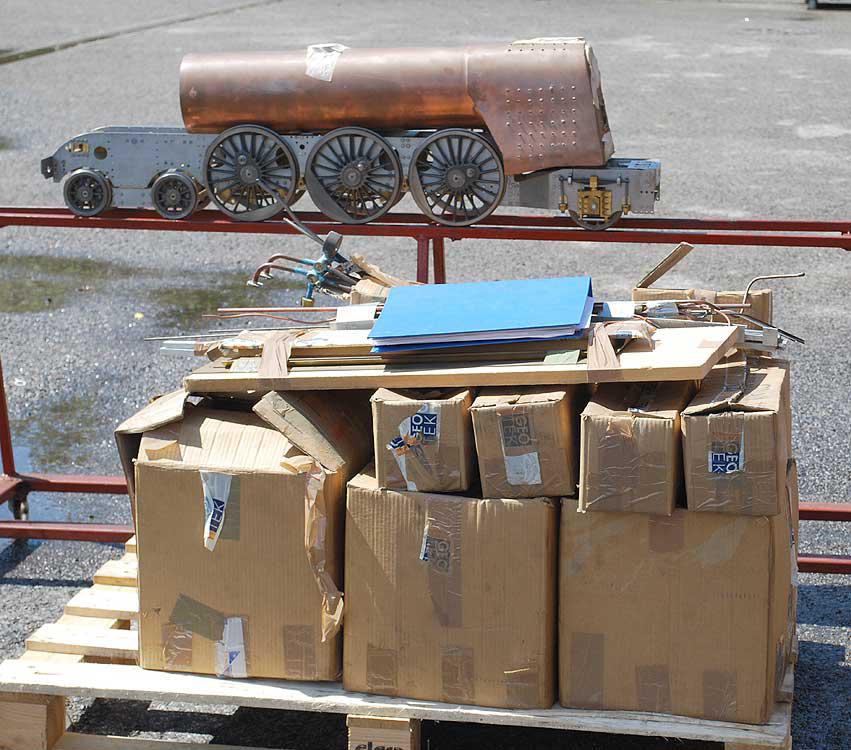 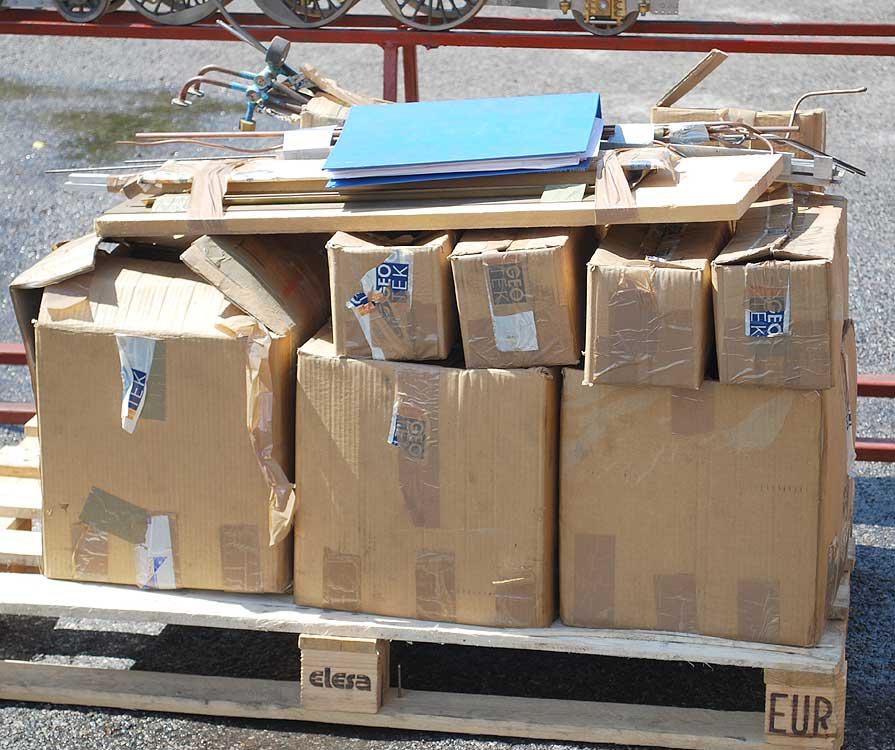 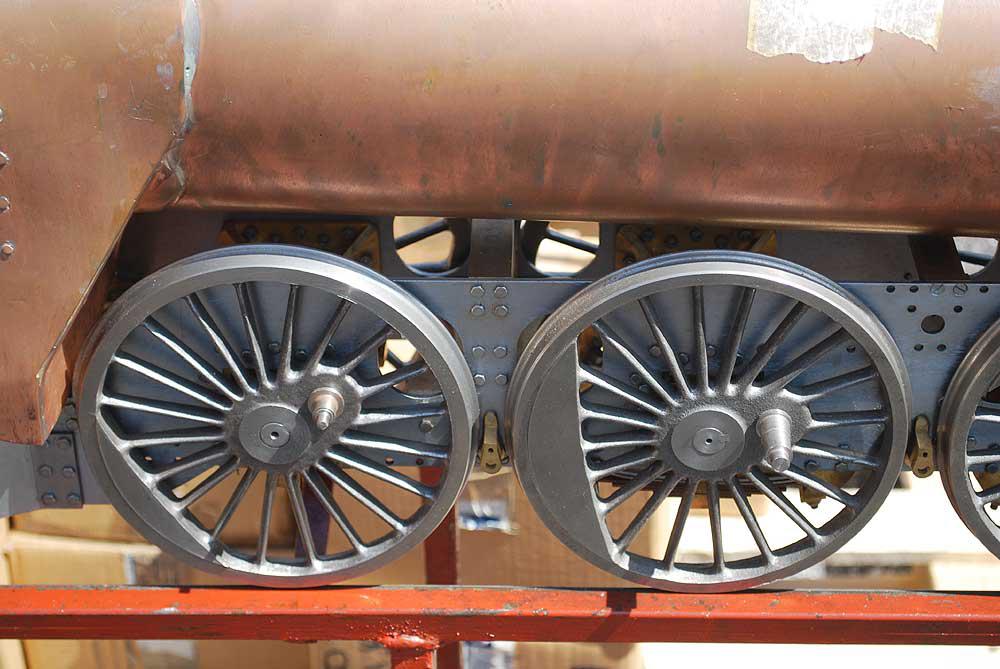 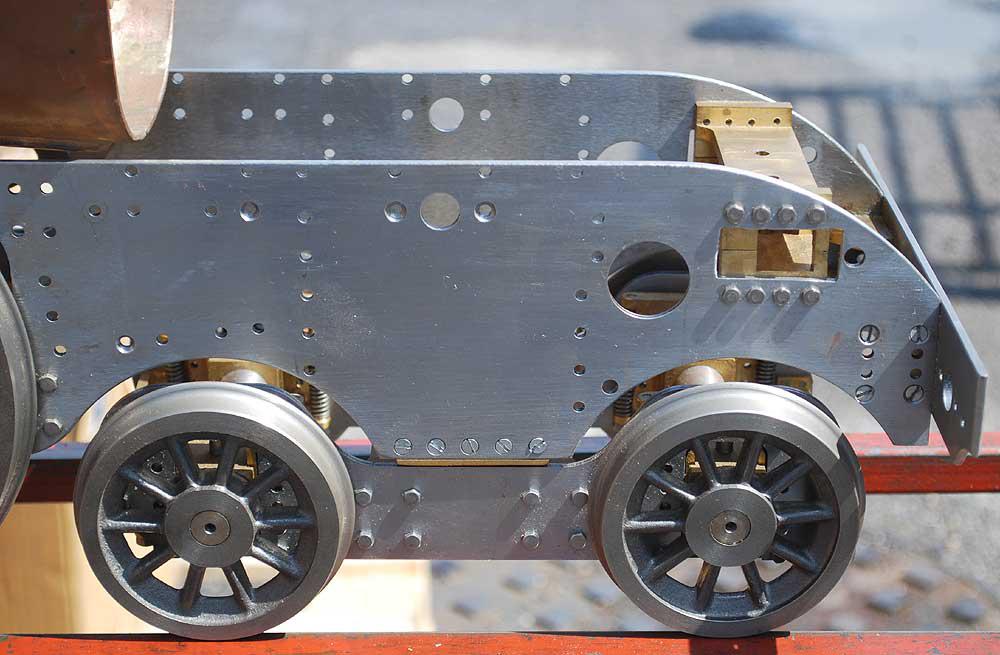 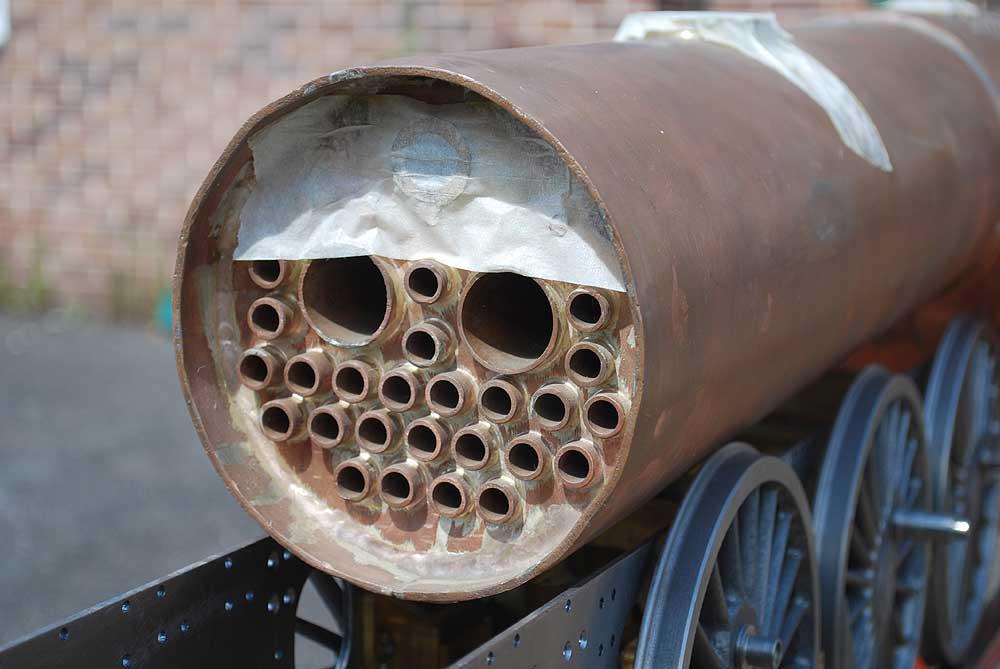 I sold this one back in 2008, it's recently come back in as part exchange against a new "Feldbahn". Condition is substantially the same, we think it's a complete engine bar nameplates and injectors.

A full set of eighteen kits for a 5 inch gauge LNER A4. There is a complete set of documentation for the build and test certificate for the silver soldered copper boiler.

The engine is three cylindered, uses Gresley-Holcroft conjugated gear as per original. The 7 1/4 inch gauge version could be built as either an A3 or A4, I suspect the same would hold for the 5 inch gauge engine.

The project is at an early stage, the basic rolling chassis has been assembled, in the course of which the wheels were reprofiled to the correct standard.

I've had one of the A4s in before, there are some pictures in the archive.